Wherever we go, the temptation of fatty foods is likely to follow us. This concept is particularly the case for modern society; obesity is rampant, and fast food options are more abundant than ever. Even supermarkets dedicate large sections of space for the commercialization of unhealthy fatty food, which is often advertised to be as luring as possible. Avoid fatty foods, substitute them with healthier alternatives, and you’ll see improvements in your health. Keep reading to find out ten fatty foods to stop eating now.

It might be the ideal food for a date, but it indeed isn’t healthy. Milkshakes are rich in fat and have a very high-calorie density, making them one of the unhealthiest drinks out there. With more than 32 grams of fat in a serving, milkshakes can cause you to feel bloated and tired. Milkshakes also contain copious and excessive amounts of sugar, around 75 grams per serving. Try something healthier next time by opting for frozen yogurt or all-natural sorbet. These alternatives are refreshingly cool but are significantly more robust. They’ll also leave you feeling better afterward. 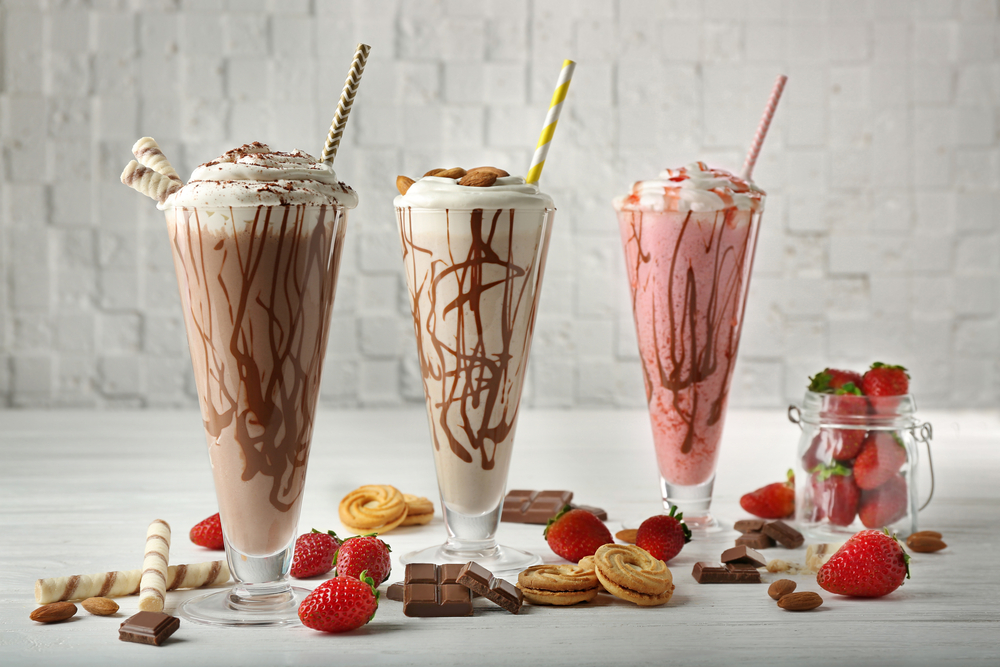 A classic of American culture, French fries are revered by many as a quick snack or a perfect side dish. However, on a nutritional level, French fries are far from being a healthy food. The main ingredient, potatoes, isn’t the problem; what makes French fries so unhealthy is the frying process, which uses lots of oil and fat.

Because of this, a serving of French fries contains around 17 grams of fat. It also has an even more significant number of calories. French fries are indeed tempting, but you should eliminate them from your diet. Opt for fresh coleslaw or potato salad instead. 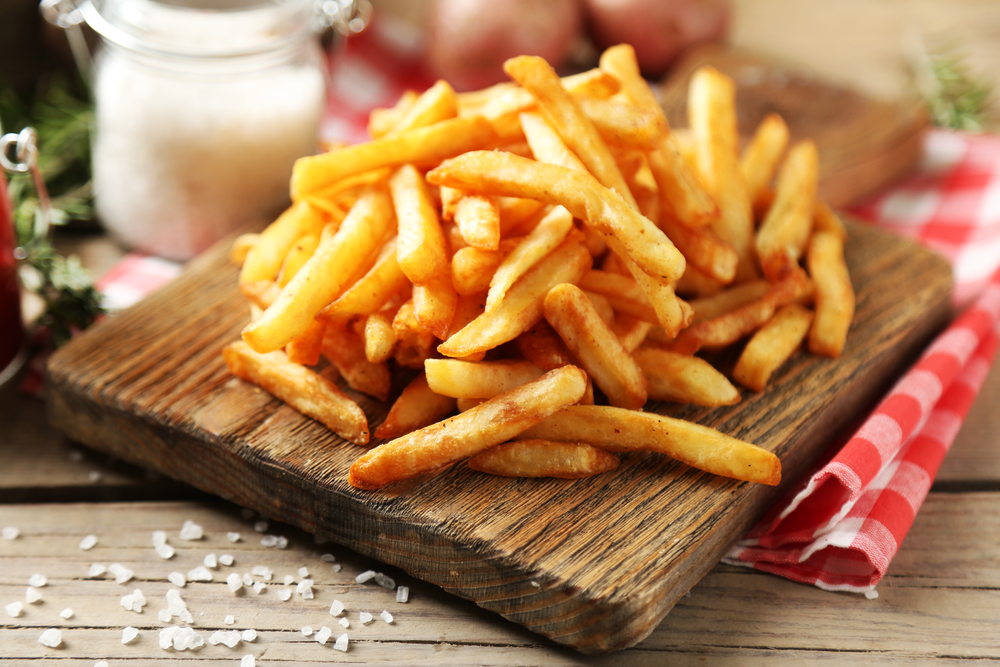 Ice cream is the perfect unhealthy temptation during hot summer months. Initially, it’ll leave you feeling refreshed and chilled, but afterward, you’ll feel tired from the high sugar content. Over time, ice cream consumption can increase your weight. It can lead to different health problems such as cavities and abdominal pain.

Moreover, a single scoop of ice cream can contain up to 19 grams of fat and around 300 calories. These numbers make ice cream one of the unhealthiest foods. You can eat a fruit smoothie instead, which contains healthy components as well as more fiber. 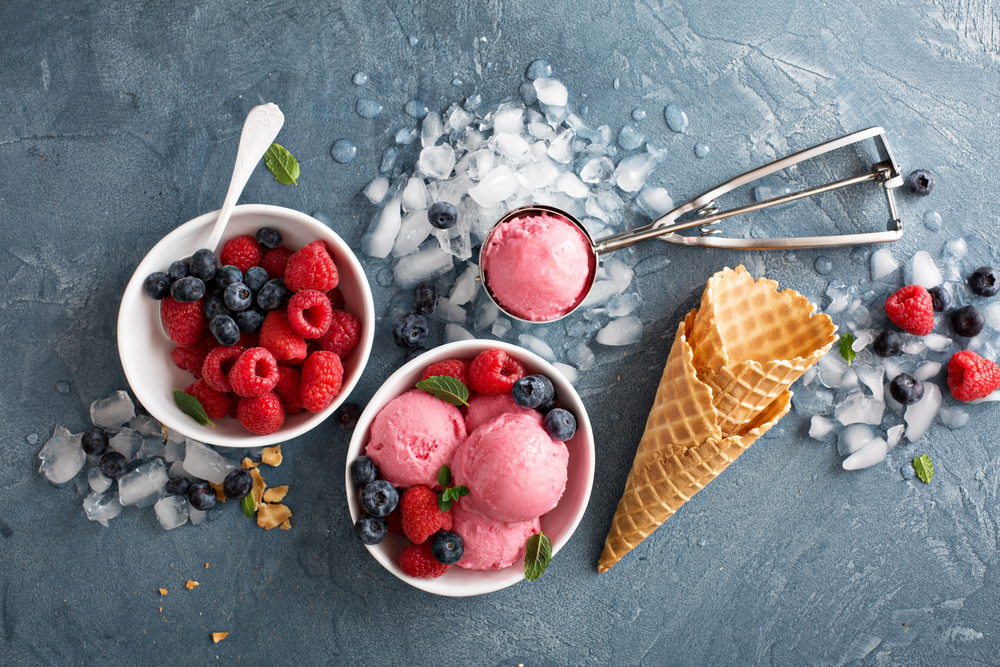 Some varieties – but not all, luckily – of cheese are notorious for their high-fat content, making them profoundly unhealthy. Therefore, it is best to avoid excessive consumption of these types of cheese. While cheese is a great snack, there are many harmful substances.

For example, cheddar cheese has around 10 grams of fat per ounce and packs an ungracious 120 calories. Moreover, cheese can cause indigestion and even constipation. Try a low-fat or fat-free version of cheese to reduce calorie consumption. If you choose to eat cheese, it is best to pair it with something healthy, like whole-grain crackers and fresh grapes. 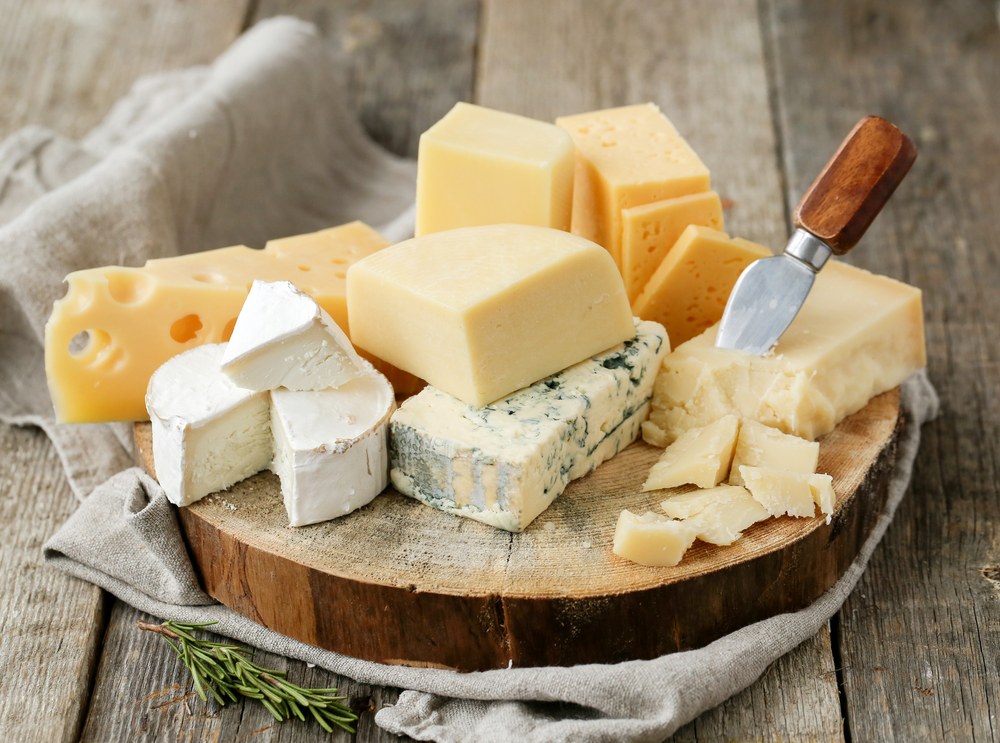 Another classic of American culture and cuisine is cinnamon rolls. These delicious pastries combine some of the best flavors for a fat-rich and severely sweet dessert. Just one average sized cinnamon roll contains more than half of all the calories you should consume in a day. Also, unfortunately, if you’re like most people, you won’t be satisfied with just one.

It’s easy to see why most people can quickly reach their daily caloric intake only by consuming a few cinnamon rolls. The next time this classic tempts you, try to resist your sweet tooth and opt for something healthier. 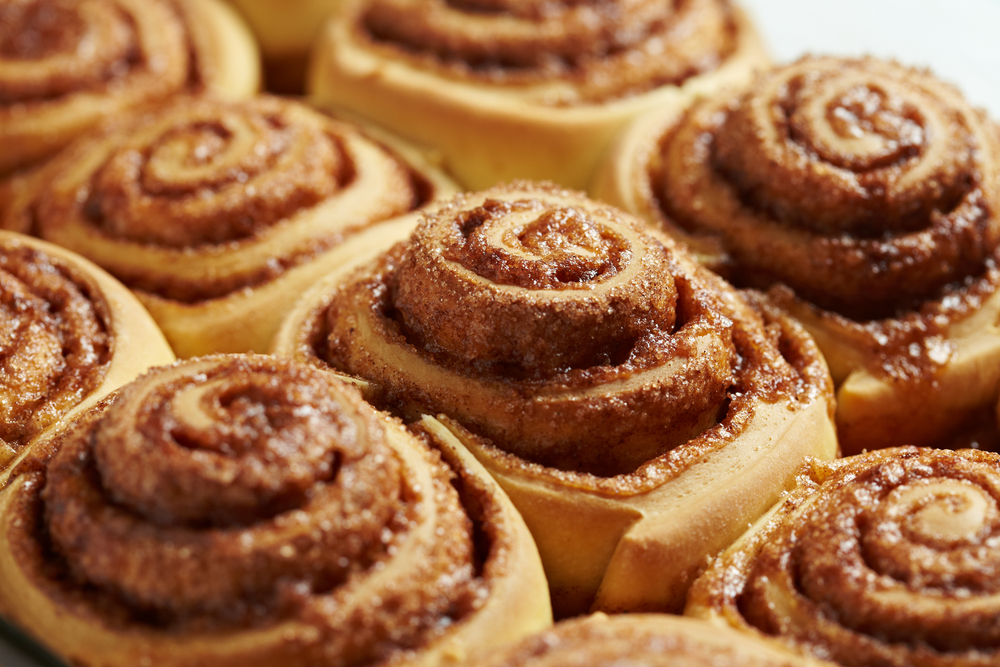 One of the fattiest foods that you should avoid is pretzel dogs. Pretzel dogs contain a few unhealthy ingredients; this includes pretzel dough, which is fat in salt and fat. It also includes the hot dog itself, which is made from processed meat and contains a plethora of additives.

This food can compose up to half of your daily limit of fat and sodium. Continuous consumption may increase your risk of heart disease as well as diabetes. A pretzel can be enjoyed more traditionally, without salt or butter. 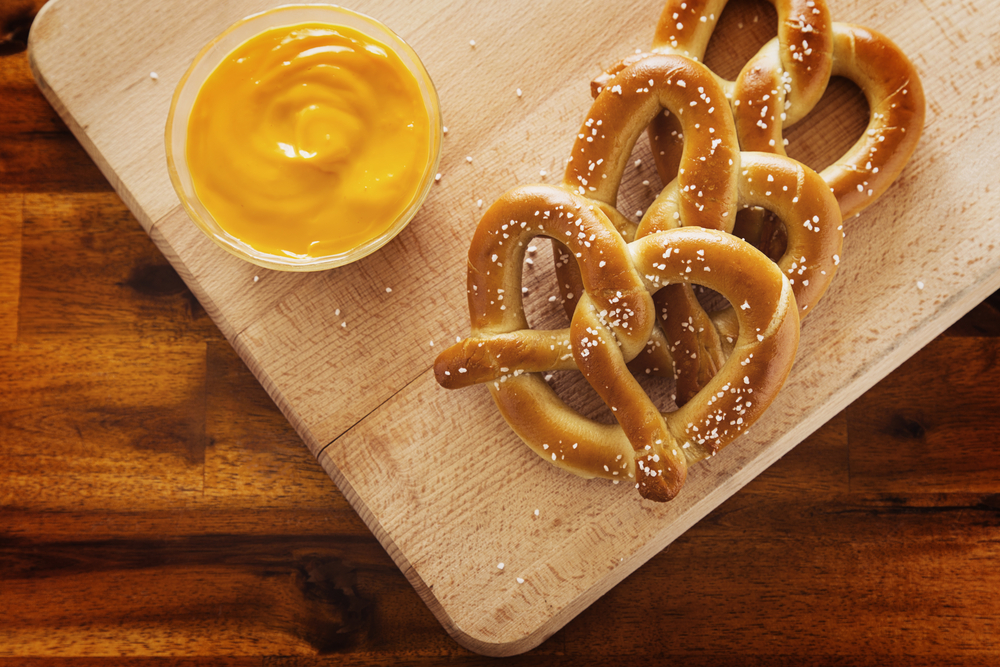 The next time you visit a large city, look around for coffee shops: you’ll be sure to find more than one that sells Frappuccinos. While this drink may sound chic and trendy, it’s most certainly not healthy. High in saturated fat, Frappuccinos are no friend of a healthy body.

Just one average sized Frappuccino drink can contain around a third of your daily caloric intake. It also has high amounts of sugar and other unhealthy ingredients. Stick with a traditional espresso or drip coffee instead, and leave the Frappuccinos in the trash. 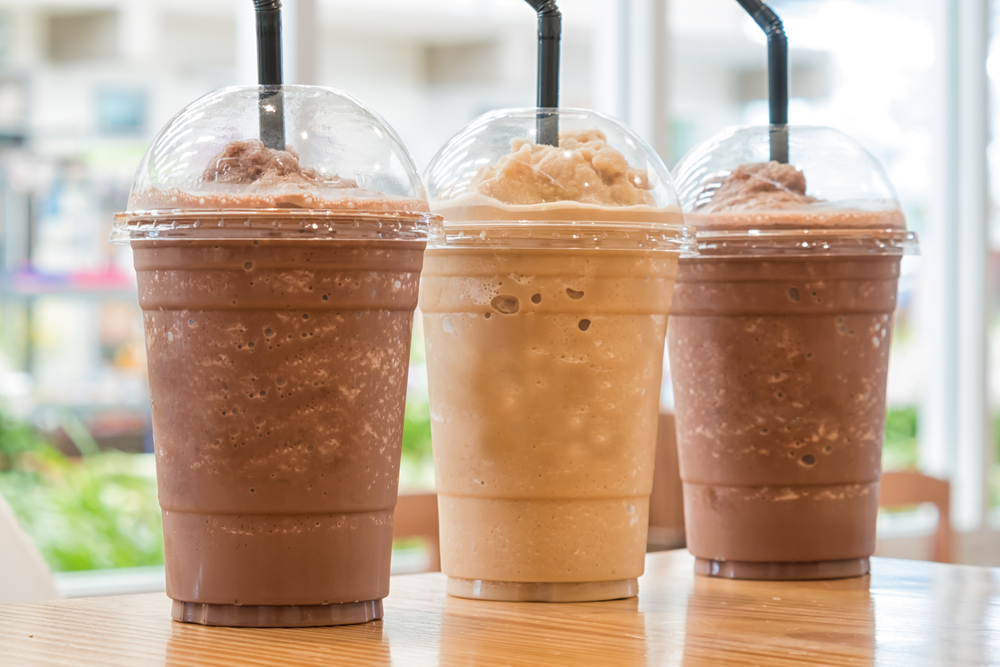 Sausages are a favorite of many due to their rich and savory flavor. They make the perfect complement to many dishes, but they can also be enjoyed by themselves. At the same time, unfortunately, sausages are profoundly unhealthy, with extremely high contents of fat. In fact, it has both saturated and unsaturated, making sausage unsuitable for a healthy diet.

Moreover, they have a very high amount of sodium and can cause your cholesterol levels to rise considerably. Sausages can be enjoyed more healthily by making them with turkey meat; use fresh herbs for a delicious meaty flavor. 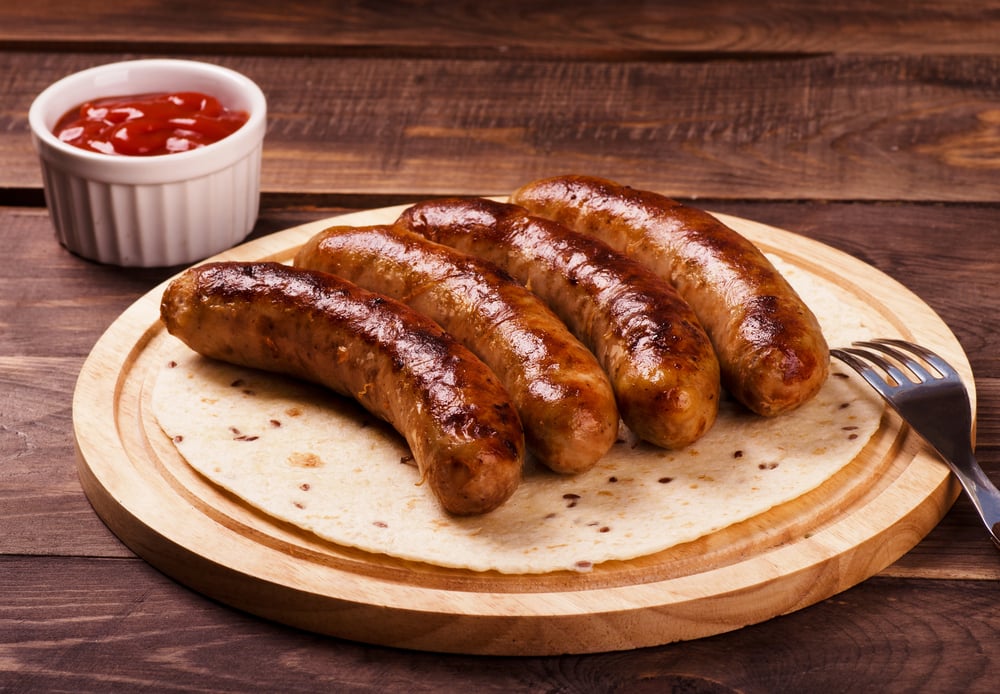 One of the most popular foods in North American, potato chips are also among the least healthy. This fact is due to their high content of fat, salt, and sodium, which have devastating effects on our health. Frequent consumption can lead to complications of the digestive system. It also leads to an increased risk of heart disease and diabetes.

Just one ounce contains around 10 grams of fat, as well as a high amount of salt. Look for vegetable chips that are made using healthier ingredients. Oven-baked alternatives are also an excellent way to consume chips more healthily. 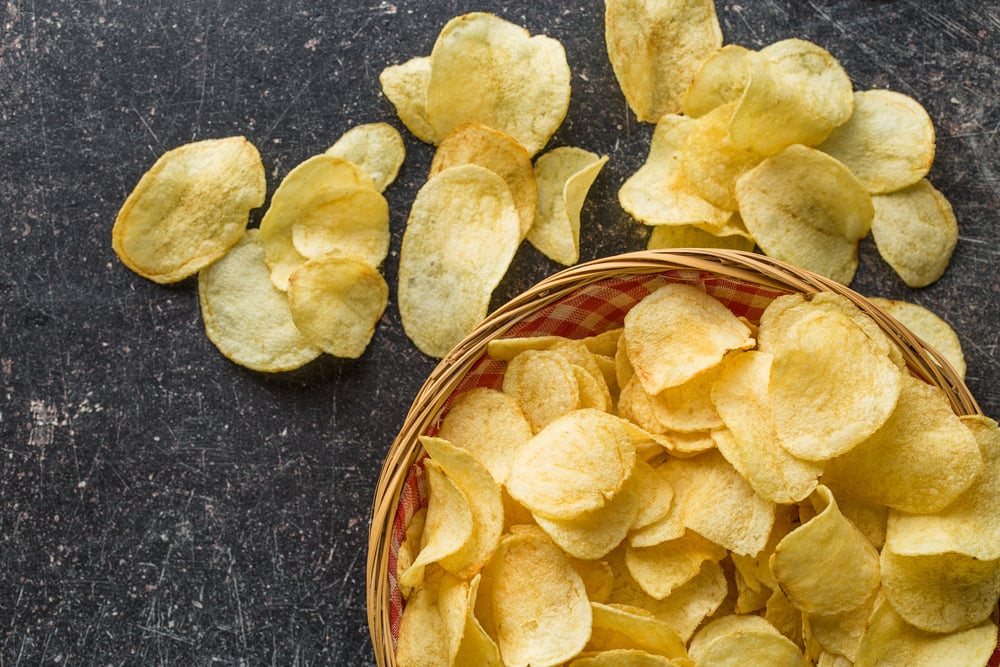 Another food that is shockingly unhealthy is popcorn, especially when it’s dressed in fatty butter. Popcorn contains an inexcusably high level of salt and sodium. When going to the movie theaters, you may have noticed the amount of butter added to popcorn.

While it indeed is delicious, it has no redeeming qualities to it, at least concerning health. Just one small serving can have up to 12 grams of fat, along with high amounts of salt and preservatives. The next time you want popcorn, choose low-fat and low-sodium options. 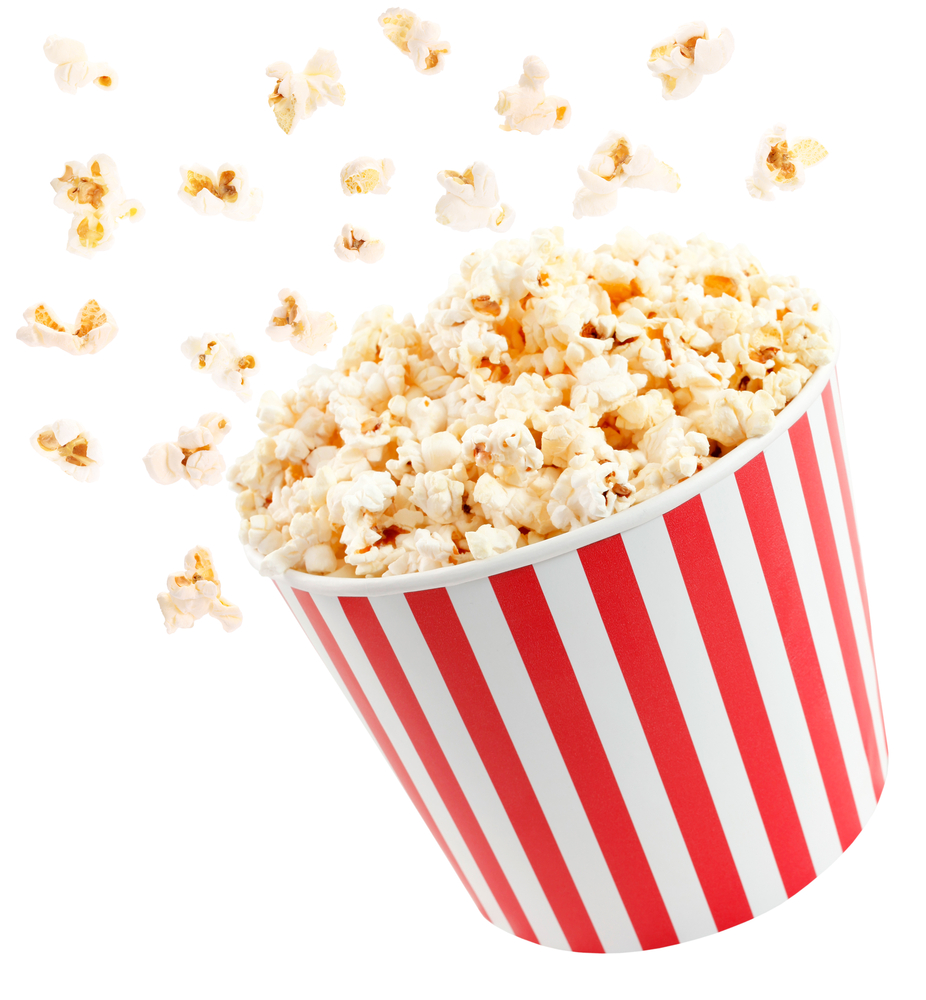