Gender Reveal parties are a new trend - now happy parents don't have to wait until the baby is born to announce "It's a Boy!" These gatherings invite family and friends over to reveal what's under the bump - a pink princess or a blue bundle of joy. Gender reveal parties may be combined with a baby shower, or not, just be clear in the invitations. Announcing the baby's gender can be a lot of fun, and we've put together some creative and unique ways to surprise your guests - and sometimes even yourselves!

Star Wars geeks and Harry Potter nerds can go all out with their favorite franchise using gender reveal props that tie in with that theme. Popular items are a Sorting Hat from Harry Potter - pull up the specialty hat and a little pink or blue wizard is beneath. Pokemon Go fans may hand out pokeballs to guests - when the balls are thrown, either pink or blue smoke emerges. For those who use the Force to reveal baby, there are pink or blue lightsabers that hosts can hand out as party favors. These props encourage a party theme revolving around Mom and Dad's favorite hobby. 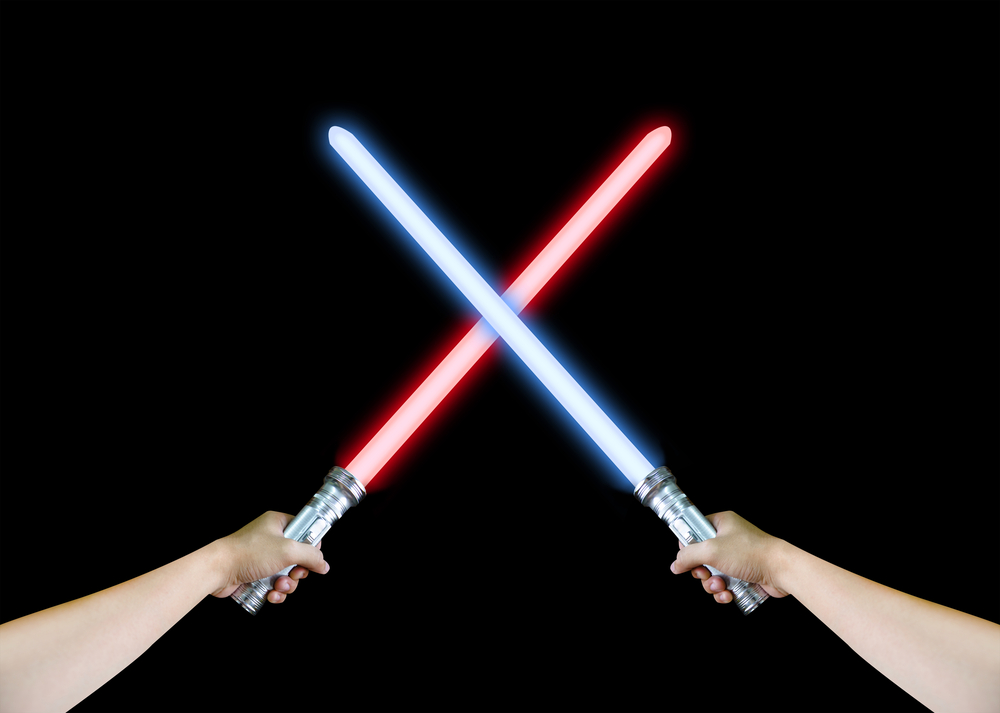 This game works better if you aren't inviting trained nurses - although everyone loves to play! Frame your gender-revealing sonogram and place it on a table. Guests write down their name and their guess as to whether the baby is a boy or a girl. When the gender is revealed, give each correct guest a small party favor. You can also use this list to divide your guests into "Team Pink" and "Team Blue" for other gender reveal party games. 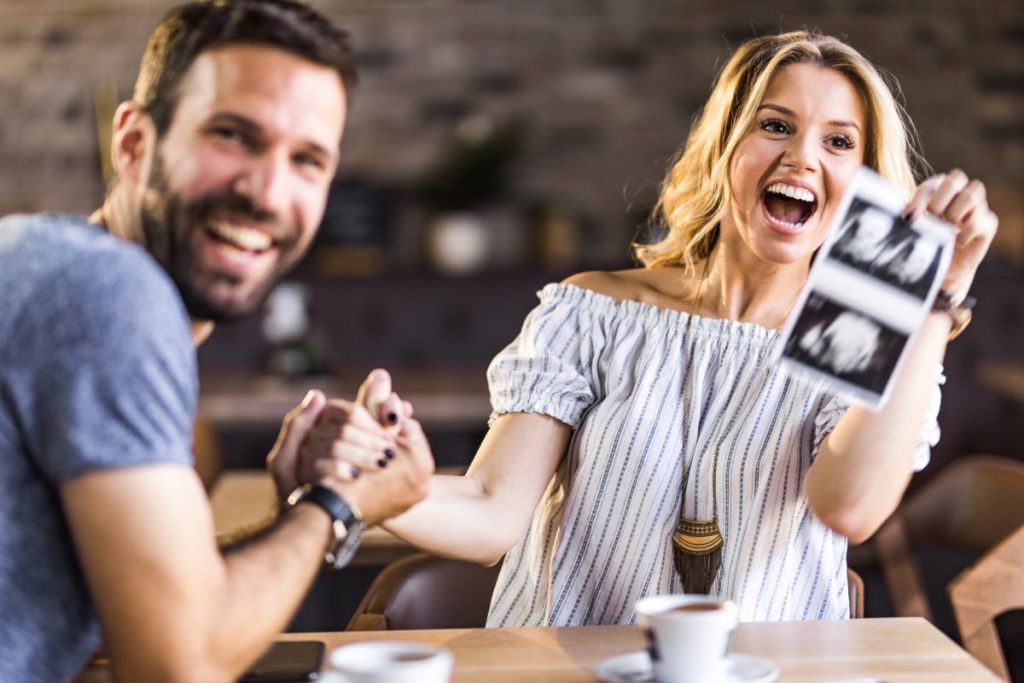 Find Out With a Fiesta!

Host a fiesta-themed gender reveal party, with a taco pile-up, nacho bar, and virgin margaritas (for mom!). String up party lights and embrace the mood of a south-of-the-border celebration. Arrange to have a pinata filled with either pink or blue confetti (or candy, or bouncing balls, or anything small). Guests take turns breaking the pinata to reveal the baby's gender. If mom and dad don't know, either, then they can break it together. Select a small wooden bat to use for the pinata game and have guests autograph it for a special memento of the day. 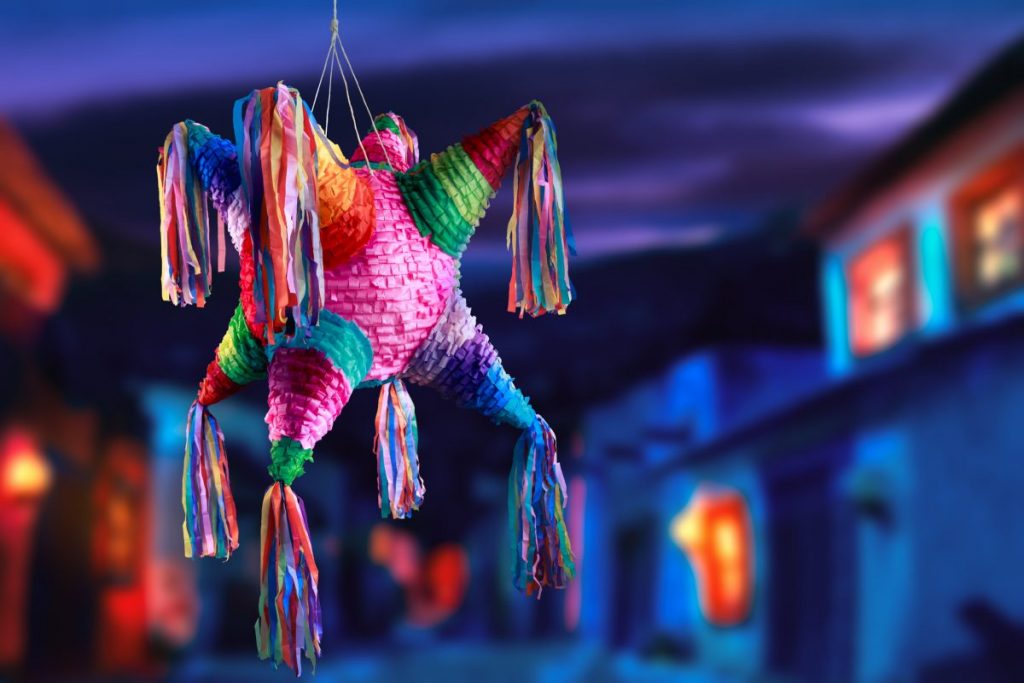 The average newborn goes through over 70 diapers per week! Combine your gender reveal party with a diaper shower - this is especially nice for the second or third baby, when parents may not have an actual baby shower. Announce that you will have a nice prize to raffle off at the party. Each ticket "costs" one packet of diapers. Guests can "buy" tickets in either pink or blue and enter to win. Once the gender is revealed, pull a ticket from the winning bucket, and that guest receives the prize. 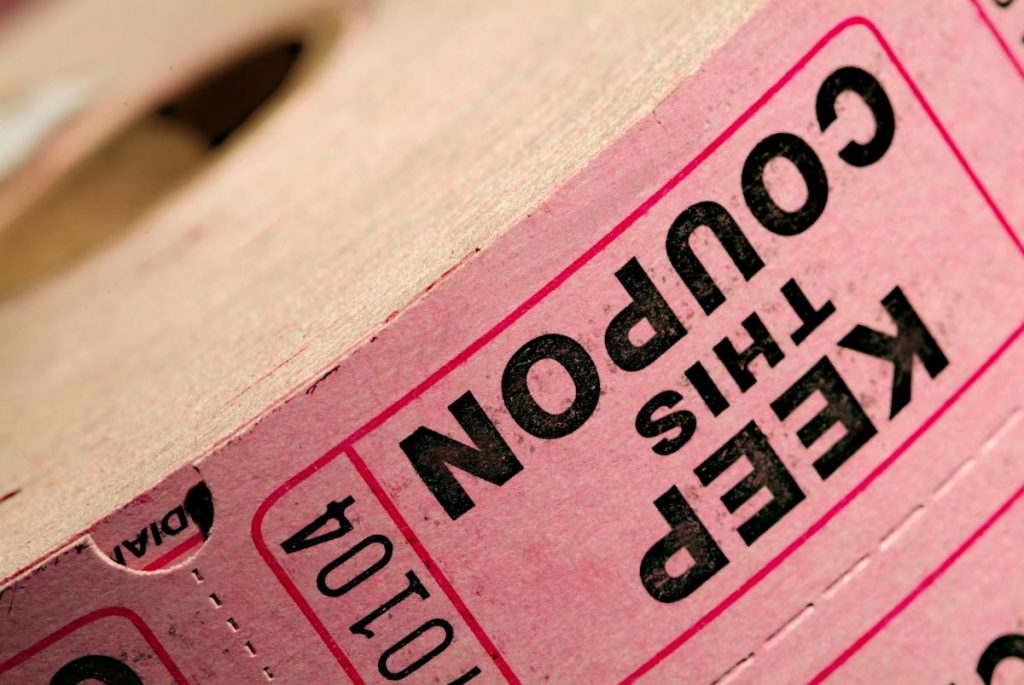 A popular idea for the gender reveal, especially if one or both parents don't know what they're having, is to have the sonogram tech or doctor write down the baby's gender on a piece of paper, sealed in an envelope. The parents take that to a bakery and ask for a pink or blue cake, frosted with white on the outside to disguise the layers. When the cake is cut, the baby's gender is released! Other tasty ideas include cupcakes filled with either pink or blue frosting. 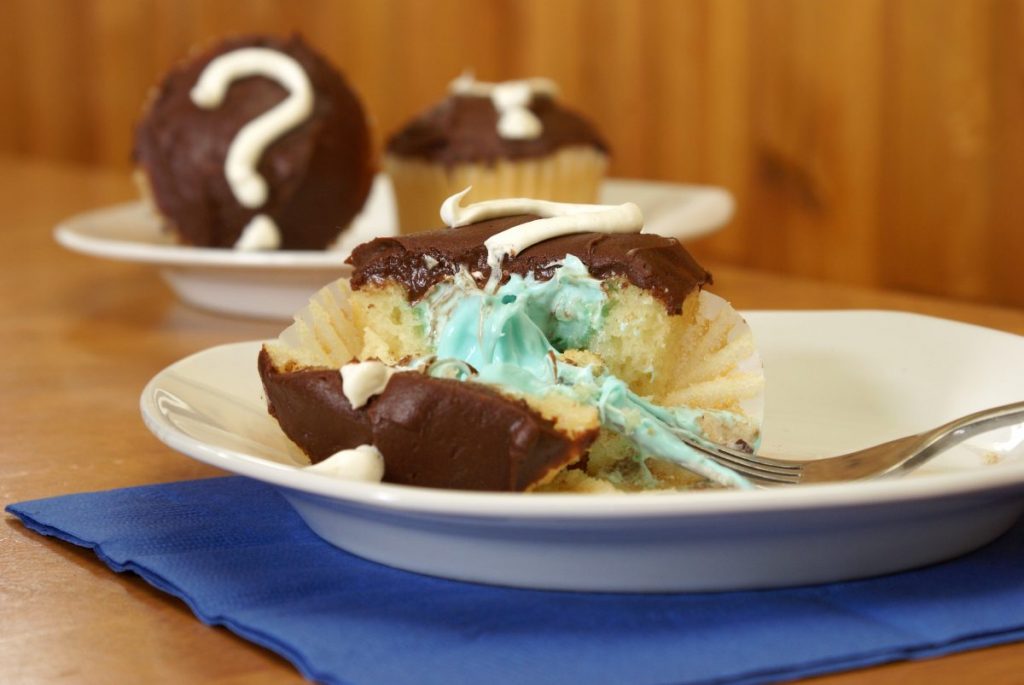 This is a great idea for a co-ed gender reveal party. Divide your guests into "Team Girl" and "Team Boy." If you played the "Sonogram Surprise" game, then you already have your teams. Guests fill cups with either pink lemonade or blue Hawaiian punch and play a good old fashioned game of "beer pong." This can be a good way to keep the guests entertained. The winning team gets a prize! 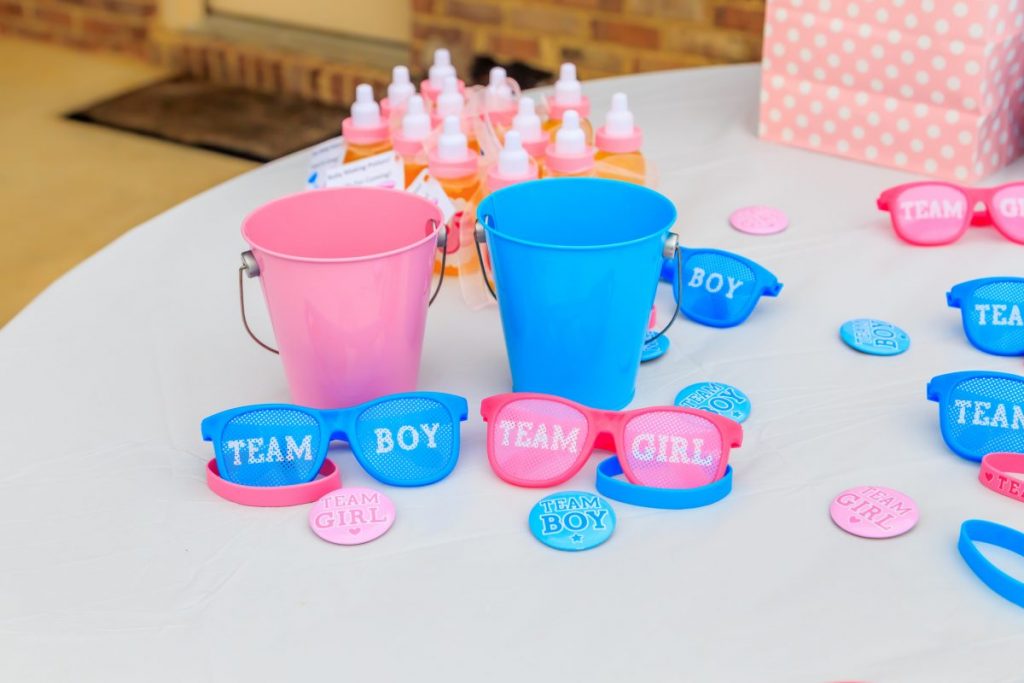 Fill balloons with either pink or blue paint powder - many online retailers offer the kind used for color runs, which is safe for pregnant women and children. Attach the balloons to a painted silhouette of Mom's bump on large wooden boards and invite guests to pitch darts at the balloons. When the balloon pops, out poofs the pink or blue powder! 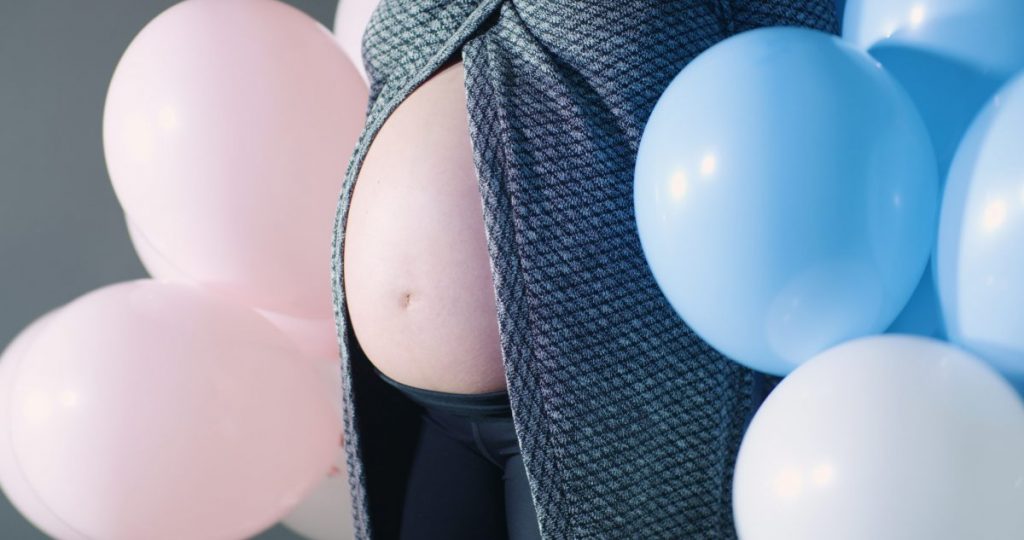 There are many "Old Wives Tales" out there surrounding gender prediction. Everything from typing a string to the wedding ring and waving it over the baby bump (clockwise is a boy, counterclockwise is a girl) to how "high" Mom is carrying. While some Old Wives tales have a basis in truth - heartburn really does indicate whether the baby will have a full head of hair - others are just plain silly. List pregnancy folk wisdom and have guests determine "true" or "false." The guest with the most correct answers wins a prize! 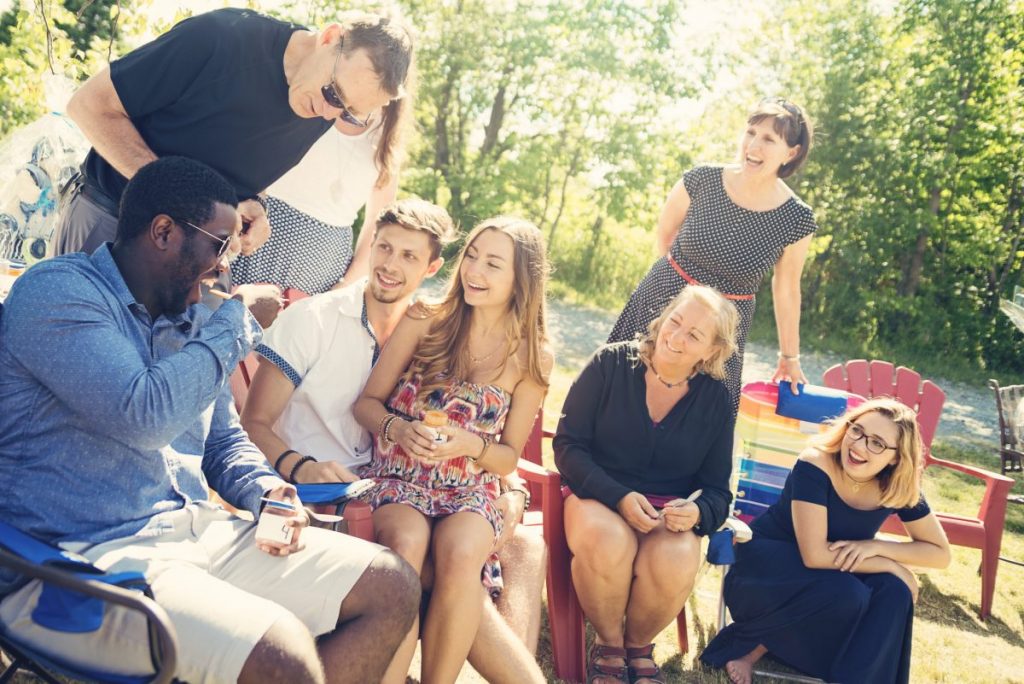 This is fun if your guests don't mind getting a little messy. Wrap either pink or blue silly string cans with brown paper wrapping. Have the guests battle it out - when the string pops out, they'll know boy or girl! An alternative to this is to fill water guns with either pink or blue water - just make sure it can wash out of clothing! 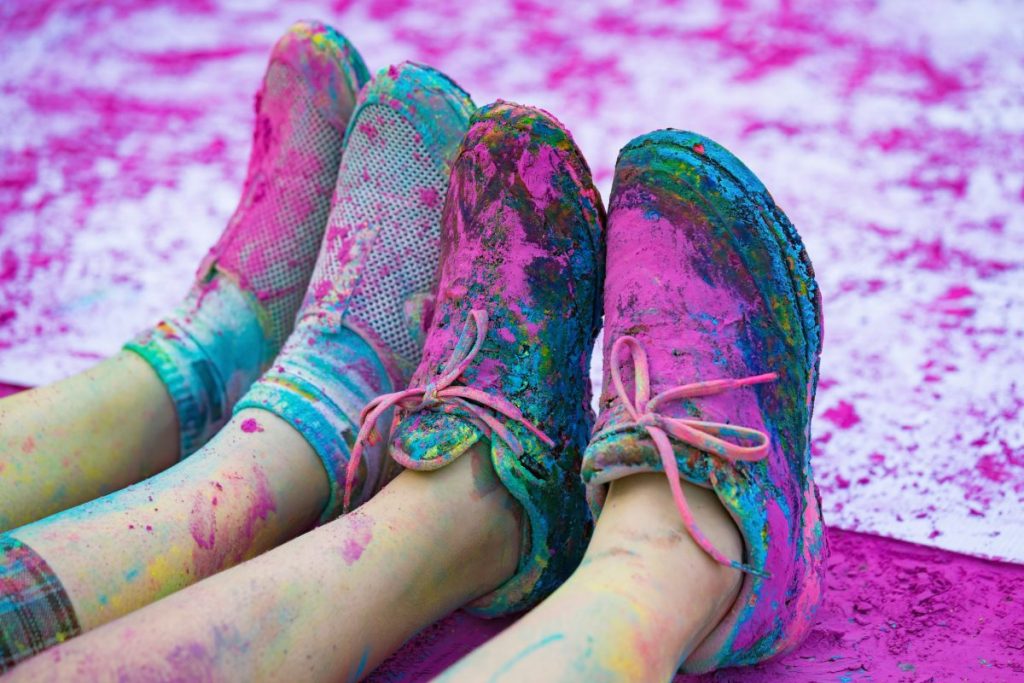 For friends and family that couldn't make the trip to the gender reveal party, sending a little surprise in the mail is a fun way to include them. Fill a small box with pink and blue shredded paper, and bury down in there a little tin filled with colored candy. Alternatives can be a little baby bootie in pink or blue or an Easter egg with something pink or blue inside. These ideas can also be incorporated into party favors for guests - let them take home a small tin or pink or blue mints or gum. 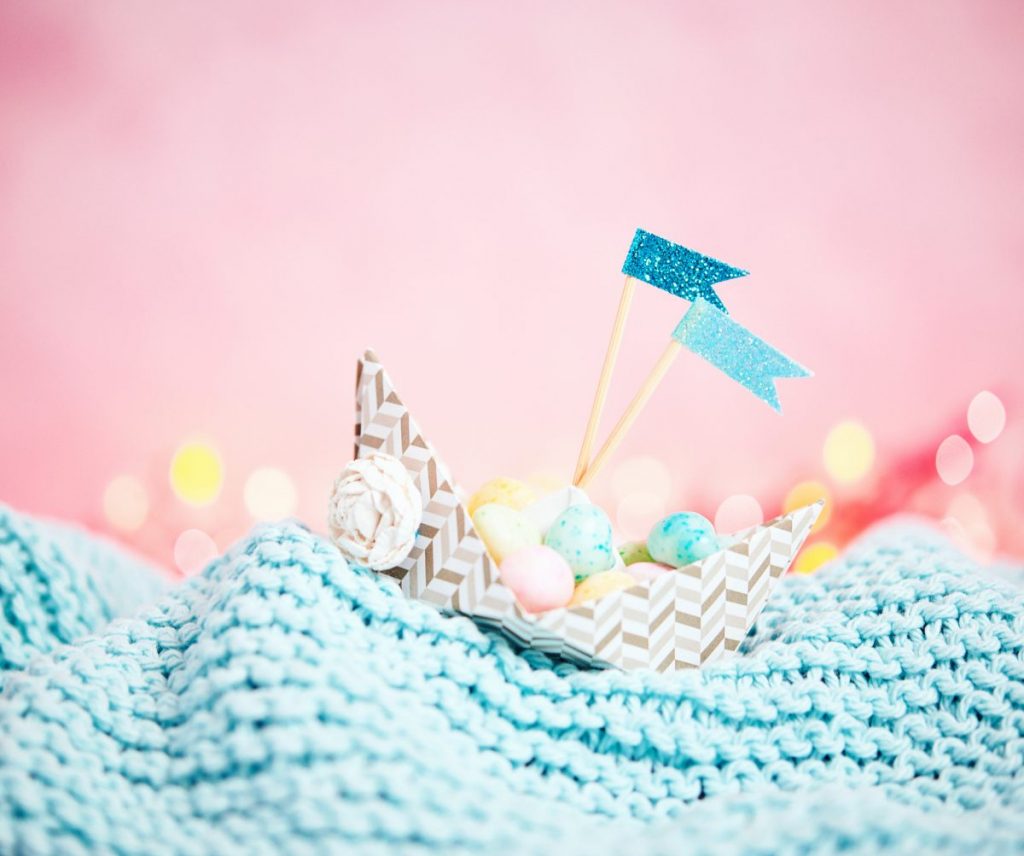