Top 10 Most Popular Cat Breeds in the U.S.

Whether they own one cat or ten, many Americans are crazy for cats. Some owners prefer cats with longer hair; others prefer cats with shorter hair. Some others even like cats with no hair.  Every prospective cat owner usually has an idea of the type of cat they would like to adopt. The breed of the cat greatly influences its appearance, temperament and sometimes even personality. The most popular cat breeds in America are often based on factors such as physical appearance and intelligence, but in the end, it usually comes down to which individual cat you love the most.

The Persian is perfect for hands-on cat owners. It has long, thick hair that requires frequent brushing and sometimes it even needs a haircut to stay cool. Hailing from Iran, this cat is known for its quiet, calm demeanor. It is very affectionate toward its owner, unlike some other breeds that can be standoffish. Its lifespan is around 10-13 years as well, so it is a great long-term companion. Persians are great cats for both houses and apartments and tend to prefer indoor living to the outdoors. 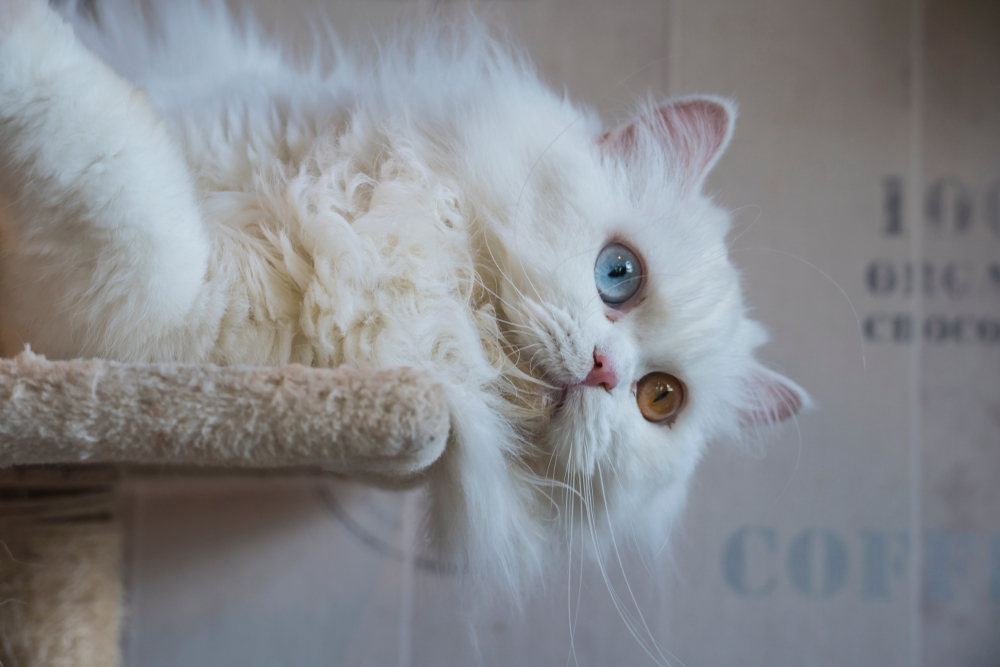 The Maine Coon breed is one of the oldest natural breeds in America. This cat has been around for decades and is so beloved that it is the official state cat of Maine. Maine Coons have dense fur that repels water and needs frequent brushing to prevent tangles. They are large cats, but they are very gentle and have a sweet temperament. They can be a bit aloof at times but are often very loving with their family and easy to train. 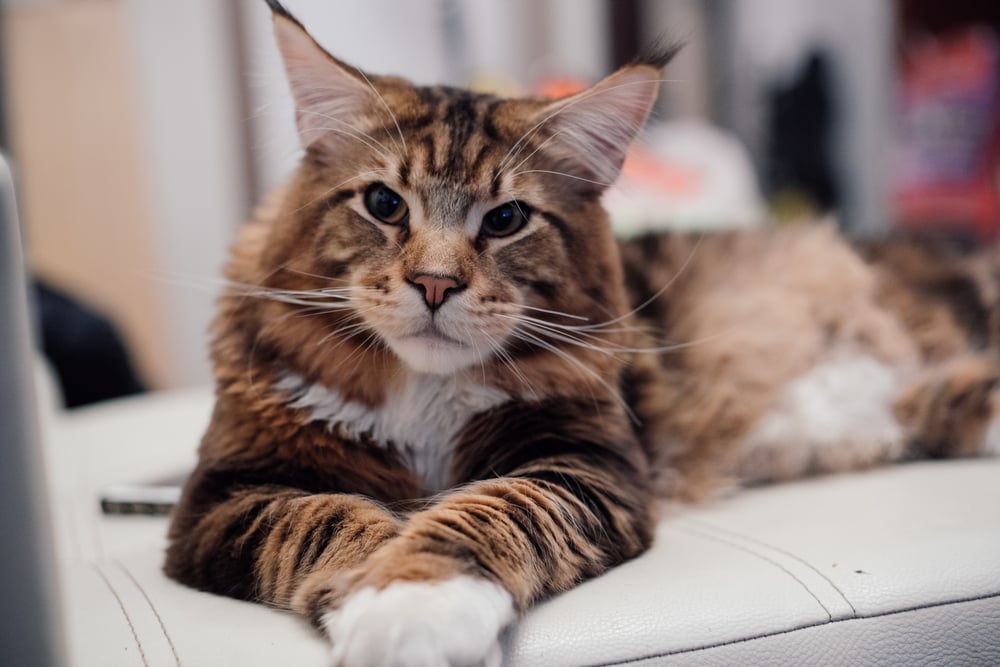 Like the Persian, the Siamese cat comes from the other side of the world. While the breed is originally from Thailand, it has become extremely popular in the United States due to its intelligence and mysterious, exotic appearance. Siamese cats also require near-constant grooming, as they tend to shed. They are diligent about keeping themselves clean, however, so they never require a bath. These cats are social and enjoy spending time with people and other cats, but they often form the strongest bond with just one person. 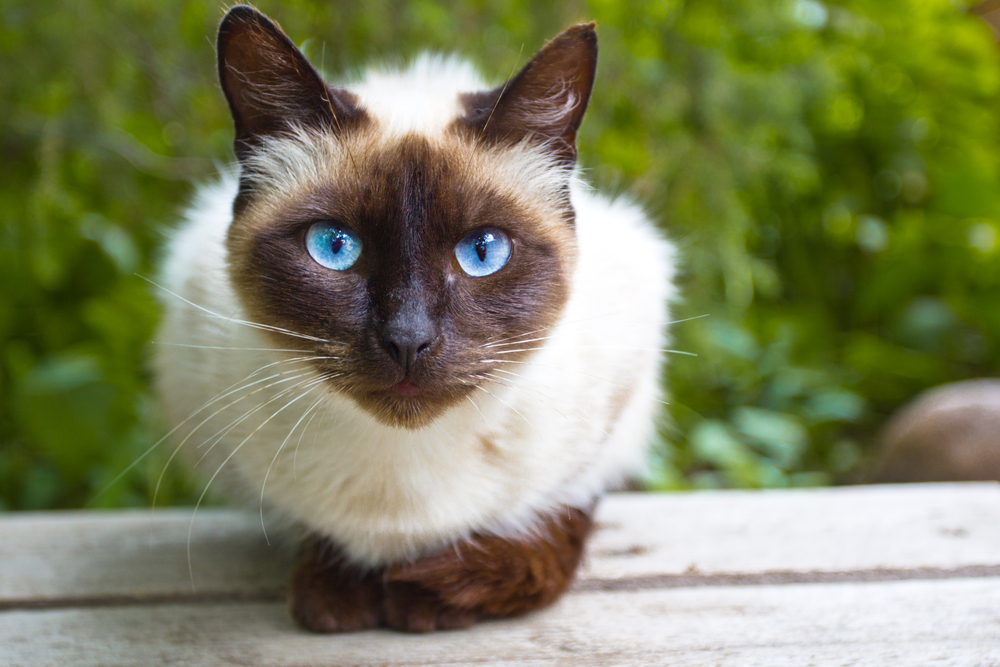 The birthplace of the Abyssinian breed is unknown. Some accounts report that it originated in Ethiopia, but this has not been proven. No matter where it came from, though, the Abyssinian has become the most popular short-haired cat breed in the U.S. Unlike the previous cats on this list, it only needs occasional brushing and bathing, as it doesn't have much hair to get matted. Abyssinians are active and love playing more than sitting on their owner's lap. They often get depressed if they don't get daily exercise or attention, so it is important that prospective owners take this into account before adopting one. 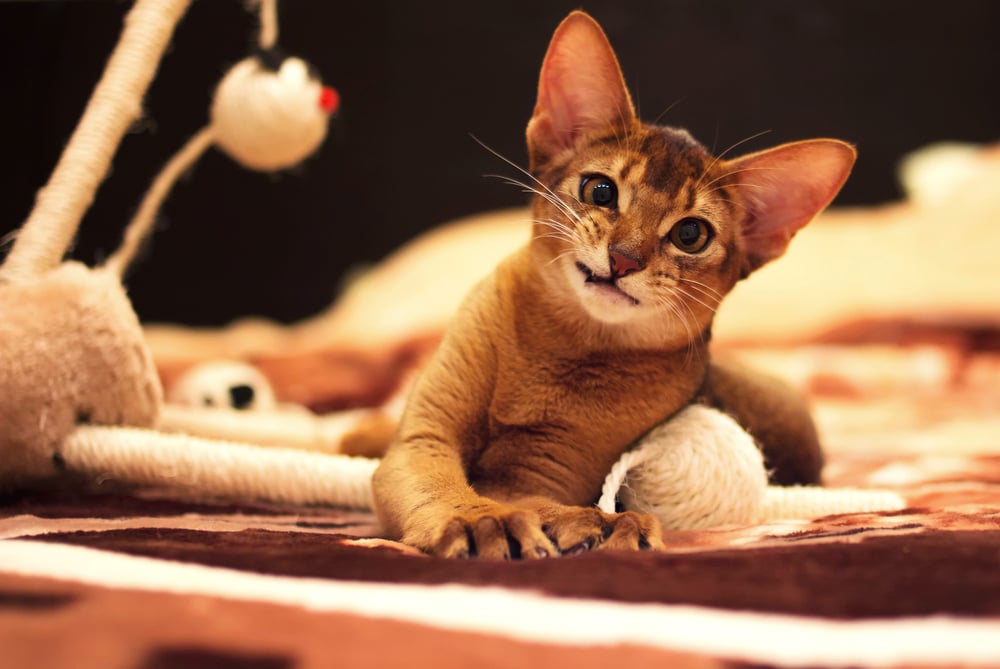 The term ragdoll calls to mind something cuddly and adorable, and the Ragdoll cat does not disappoint. This breed has bright, expressive blue eyes and a silky, soft coat perfect for petting. Unlike many other popular cat breeds in the U.S., the Ragdoll originated in America. It is a very calm, docile breed that is extremely gentle and loving. It is perfect for families or owners who have lots of time to spend cuddling and stroking its fur. 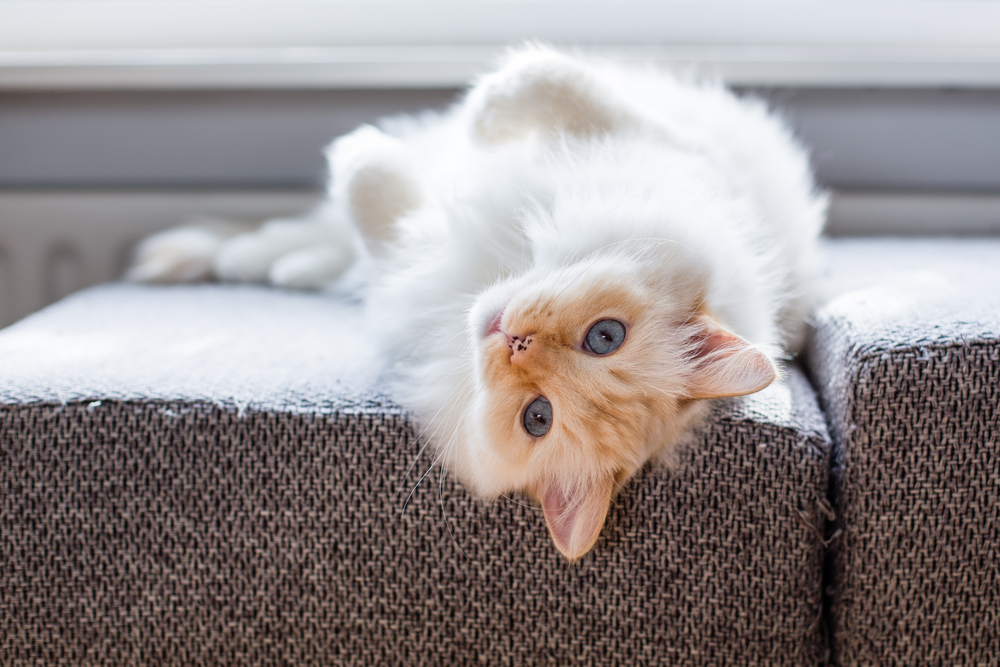 The Exotic Shorthair is actually a derivation of the Persian cat, explicitly bred to have shorter, more manageable hair. This makes it a good choice for cat owners who love the look of the Persian cat but don't have the time or patience required for the constant grooming it requires. Exotic Shorthairs can groom themselves, although it is helpful to brush them occasionally to avoid over-shedding. Their personalities are calm, gentle, and inquisitive, and they enjoy living in houses with multiple people and other pets. 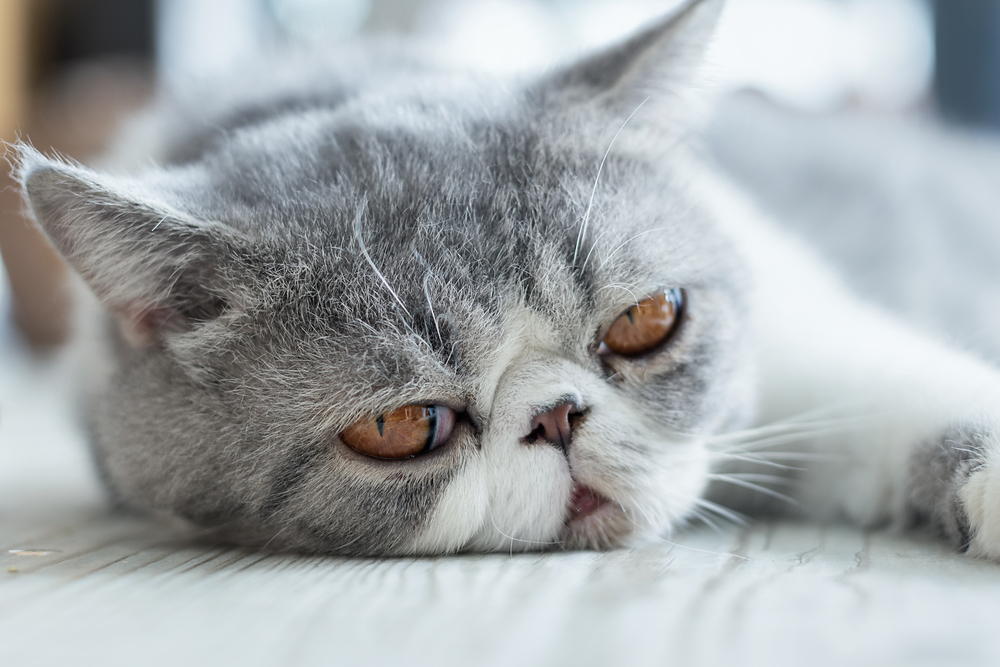 The American Shorthair is a metaphor for America itself. This cat was brought to the U.S. by European settlers to keep mice from damaging their ships' cargo. Once they got to America, they stayed and flourished, becoming one of the most popular cat breeds in the entire U.S. They are very lively, sporty and energetic and they are known for being very affectionate with their owners. They are outgoing and friendly toward strangers, making them the perfect American host. 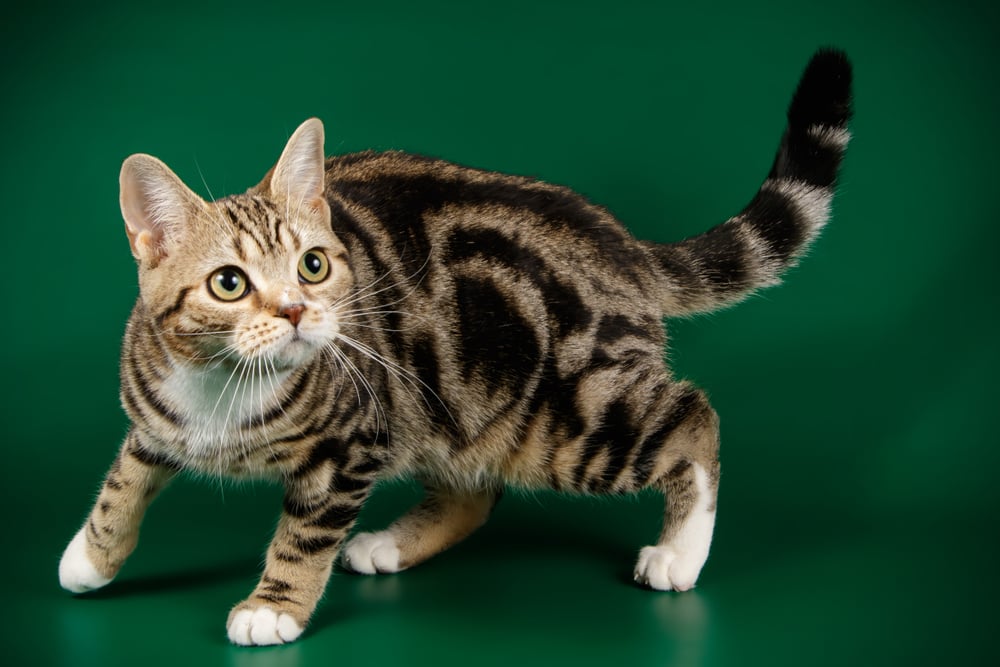 Not to be confused with the Burmese cat, the Birman is known as The Sacred Cat of Burma. Their history is more of a legend: they are said to have been kept in temples by Burmese priests, giving them a spiritual essence that has endured for generations. Having semi-long hair, these living legends need regular brushing and often shed excessively when the seasons change. They have a calm, mellow personality and love playing with toys just as much as they enjoy lying on their owner's lap. 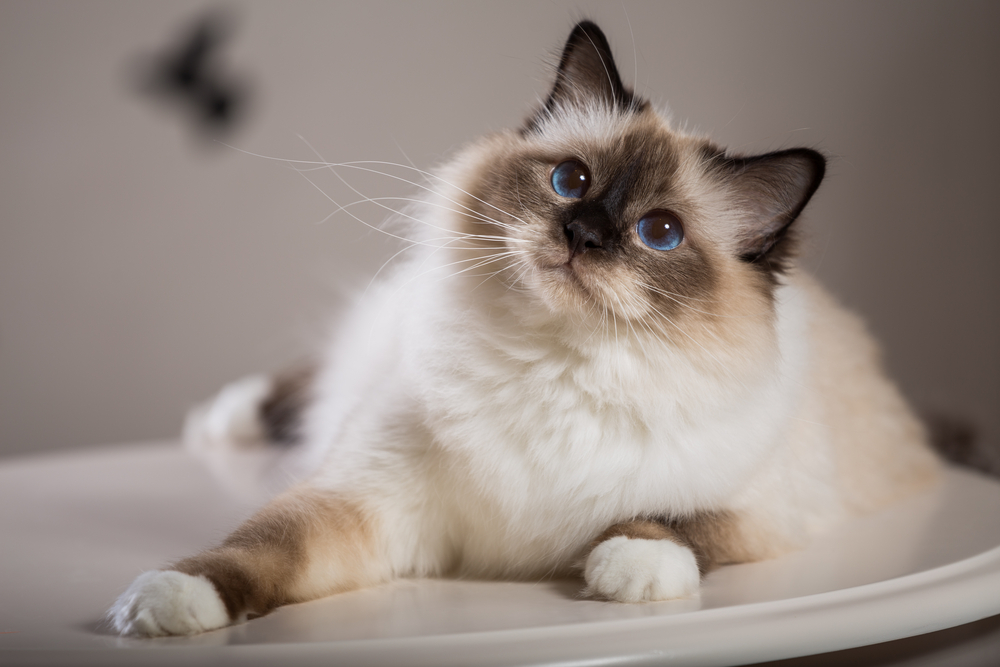 Number nine on the list is another legend: the Sphynx. This cat, though, is completely different from any other cat most people are used to seeing. It is completely hairless and is one of the rarest, most exotic breeds in the U.S. Although they do not have fur, they must still be groomed regularly, as their skin produces an oil that can build up over time. They require special care as well, due to their sensitivity to cold or hot temperatures, so they are best kept indoors. They are very affectionate and bright, however, so their owners shouldn't mind the extra work. 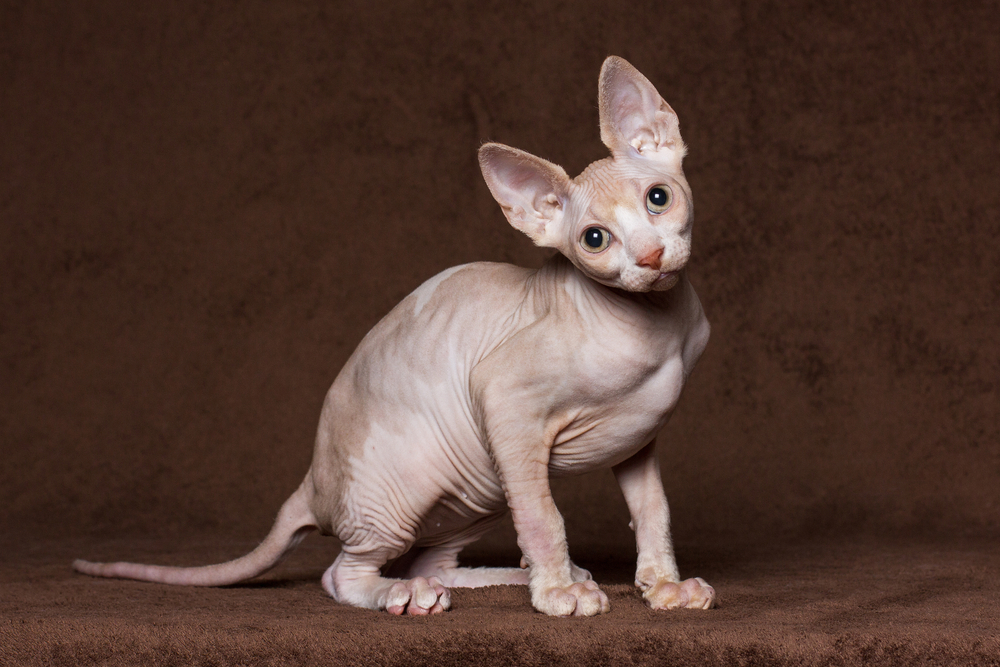 Bengal cats are the best of two worlds. They are the products of cross-breeding between a domestic cat and an Asian leopard cat and take at least four generations to become gentle and domesticated. Unlike most house cats, Bengals love water due to their wild ancestry, and will never protest when it comes to bath time. They require only occasional brushing as well. They have a playful, curious personality, and are usually bright, cheerful, and affectionate with their owners. 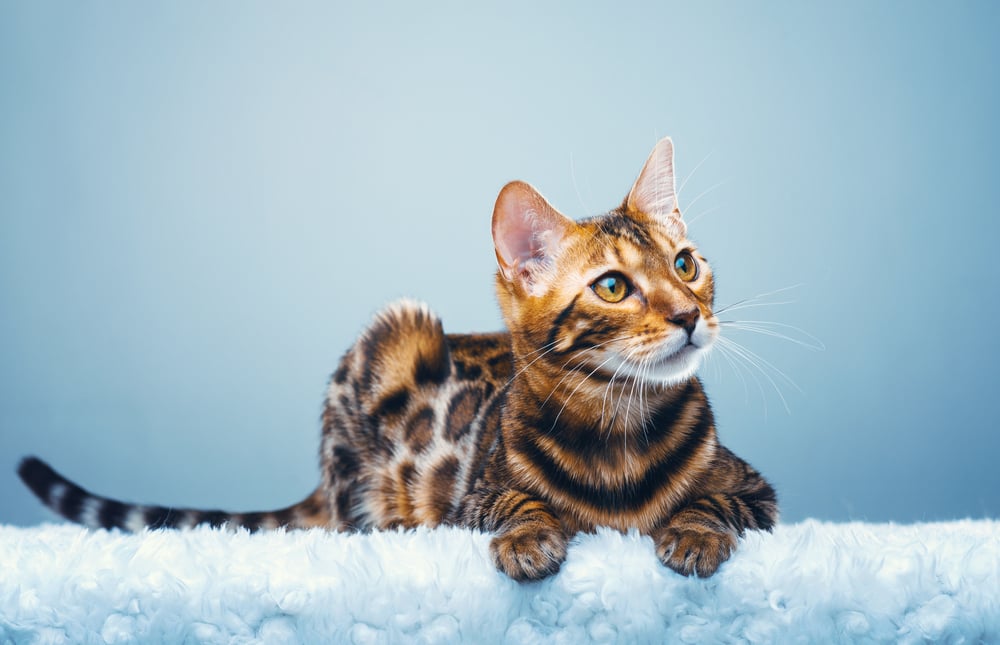