These Are the Best Board Games for Kids

You might think that kids today only play video games, but board games can be great fun for children of all ages and can help cut down on screen time. Many classic board games, as well as new ones, are sure to appeal to today’s kids. To give children an alternative to their video game screens and tablets, consider gifting them an age-appropriate board game like these.

Introduced to the world in 1935, Monopoly is a classic board game that both kids and adults enjoy. The board consists of 40 spaces and 28 properties that players scramble to buy with their Monopoly money. Gameplay is based on the roll of the dice and where players land on the board. If you land on another player’s property, you’ll have to pay rent. As the game continues, paying those hefty rents can leave you bankrupt or, if you play your figurative cards right, holding all the property deeds—and the cash. Today, various versions of the game are available, including Pokemon, Star Wars, and Junior. 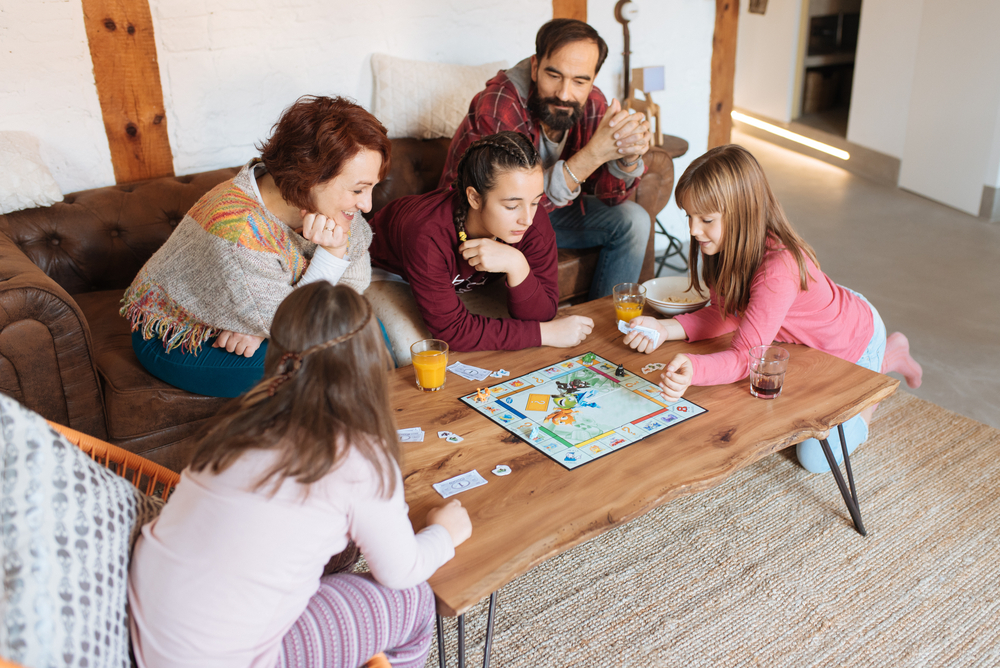 The Parker Brothers, the inventor of many board games from the past century, adapted Parcheesi from a traditional Indian game. To win the game of Parcheesi, players must get each of their playing pawns around the board and into the safety circle. That’s a tough order, however, as other players can block your movement and even send you back to start. If you’re looking for non-stop fun, roll the dice and let your Parcheesi adventure begin. 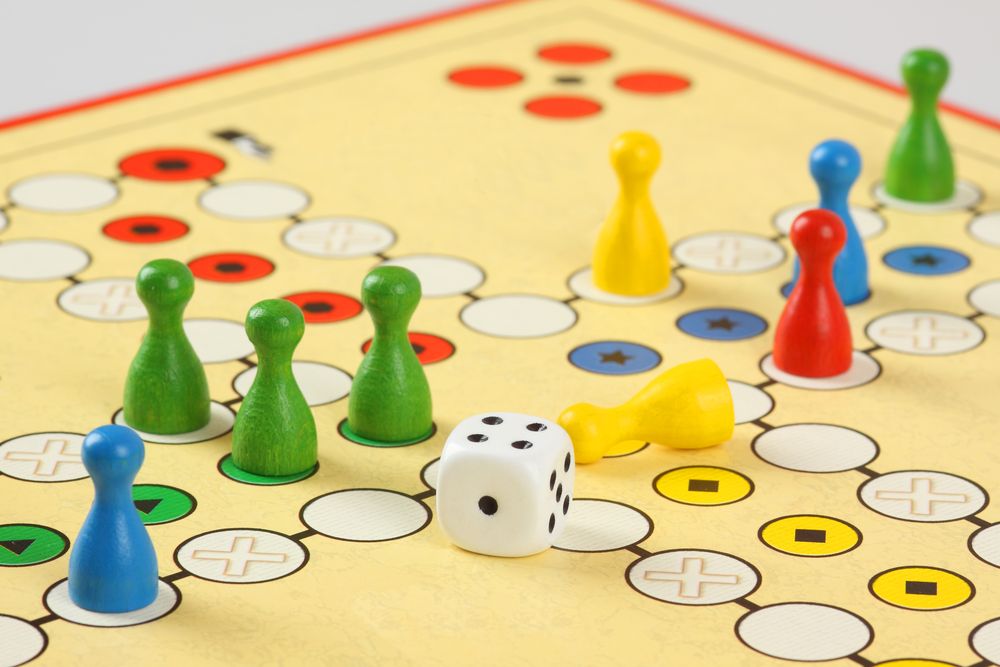 Chutes and Ladders is a classic board game based on another ancient Indian board called Snakes and Ladders. The object of both games is to get to the finish line without sliding back down to an earlier spot on the board. If you land at the base of a ladder, you can climb up and get a boost toward the finish line. However, if you land on a chute (or a snake), you slide back down. 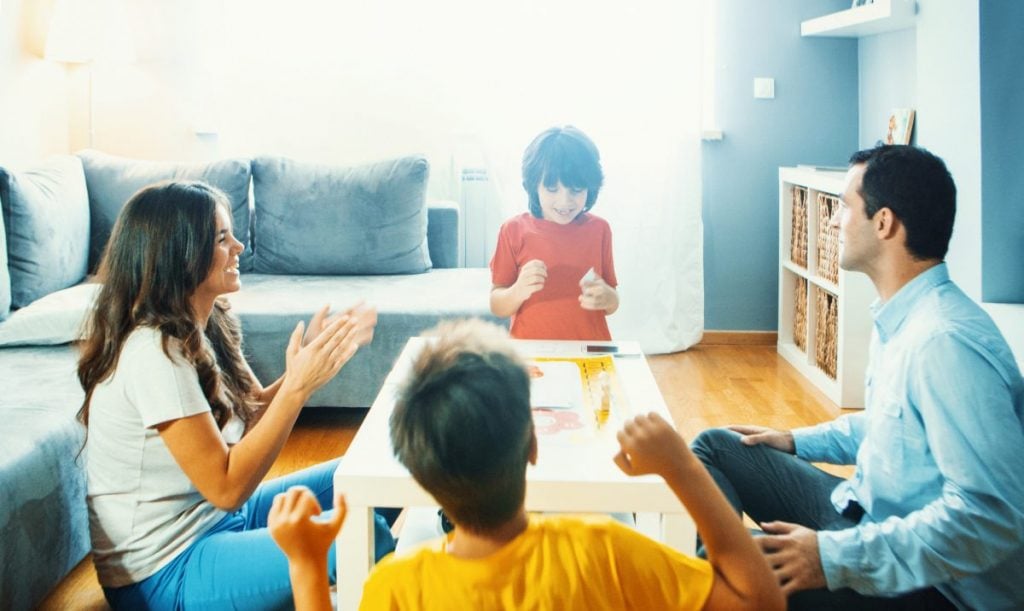 Checkers is a classic board game designed for two players. Each player chooses their color--traditionally black or red--and aligns their pieces on their side of the game board. To play, players move diagonally, trying to hop over the other player's checker pieces to capture them. The player who captures their opponent's last game piece wins. 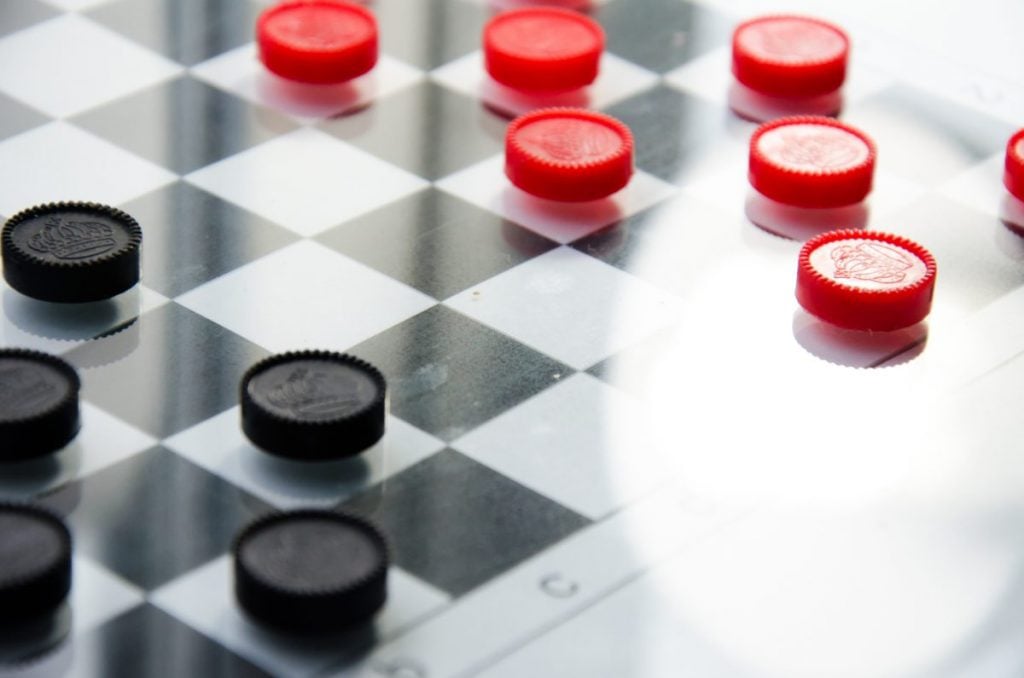 Hungry Hungry Hippos is a tabletop game where you try to eat as many marbles as you can using your lever-operated hippo. To operate your hippo, you press down on the lever and its neck extends toward the middle of the game board. As you release the lever, the hippo's mouth descends and, hopefully, covers a marble that you slide into your collection. Whoever collects the most marbles with their hippo wins the game. 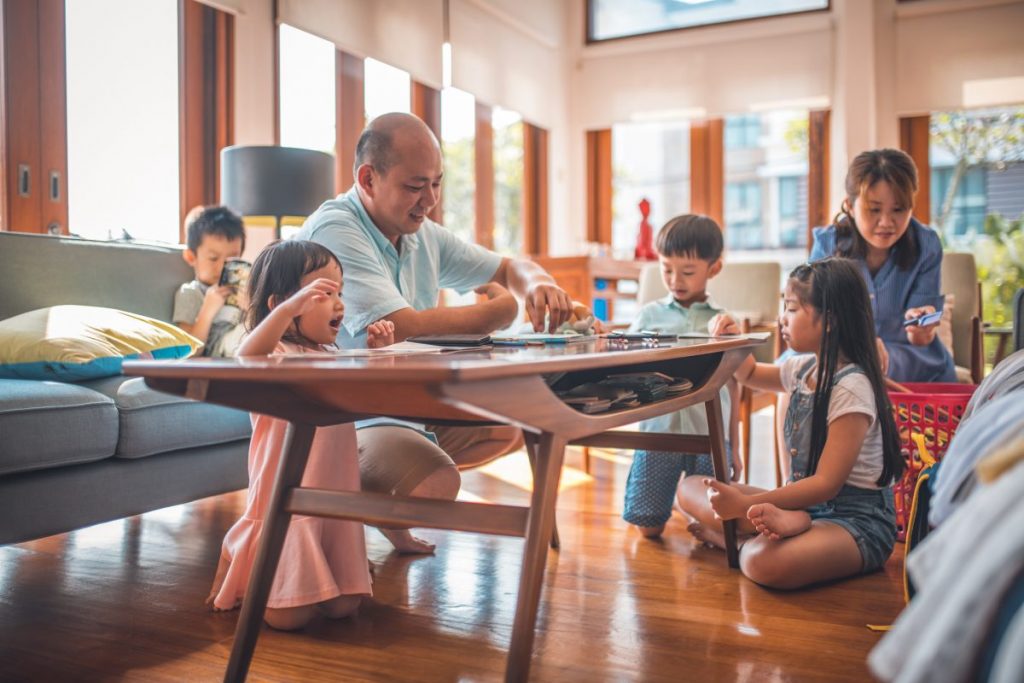 Candy Land is a favorite board game that boasts a brightly colored board full of delicious images of gumdrops and ice cream floats. No reading is involved and very minimal counting, so even toddlers can make their way around the Candy Land game board. When taking a turn, you pick a card. If the card shows a blue square, you move to the next blue square in your path. If you pick a treat card, you’ll move to that square—and it could be near the board’s end or back at the very beginning! 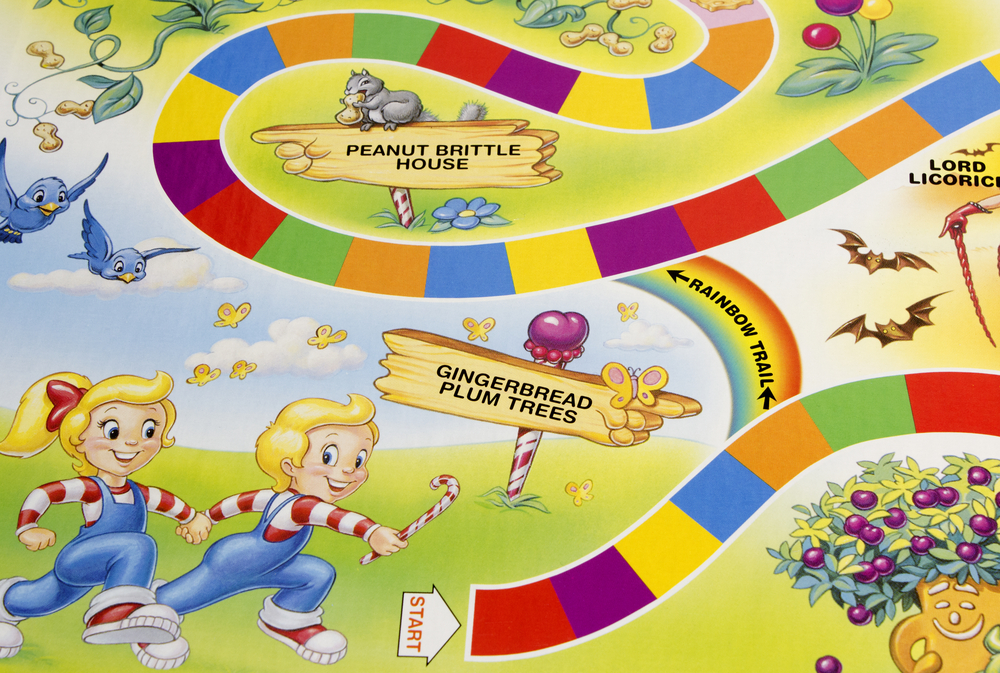 Stratego is a two-player strategy board game. Each player will set up their game board with pieces that feature Napoleonic insignia reflecting different military ranks or elements, such as a flag. Each piece is governed by prescribed rules. For instance, bomb pieces can’t move, but they can surprise your opponent if attacked. Each player controls thirty pieces. To win, you must protect your flag at all costs. The game is slightly tougher than checkers but much easier for kids than chess. 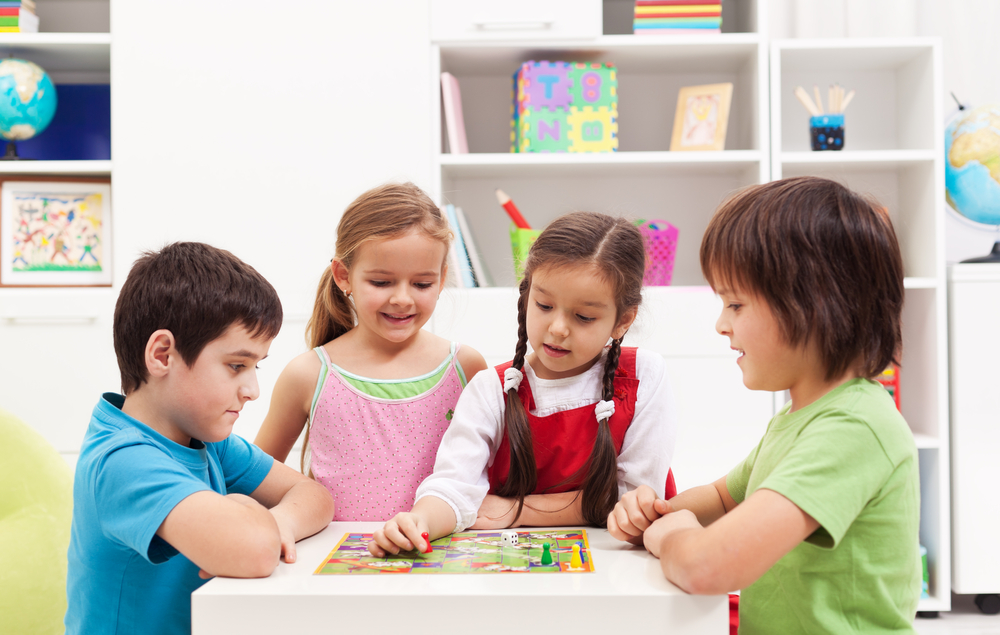 Ever fancied yourself a surgeon? You’ll need a very steady hand if you want to win the classic game of Operation. In this game, players must “operate” to collect the most body parts. Of course, it’s not as gruesome as it sounds! The body parts you’ll have to collect include the funny bone, bread basket, broken heart, and charley horse. When attempting to remove a piece, if your tweezers touch the edges of the opening, the game will buzz and you’ll lose your turn! For school-age kids, this game never gets old. 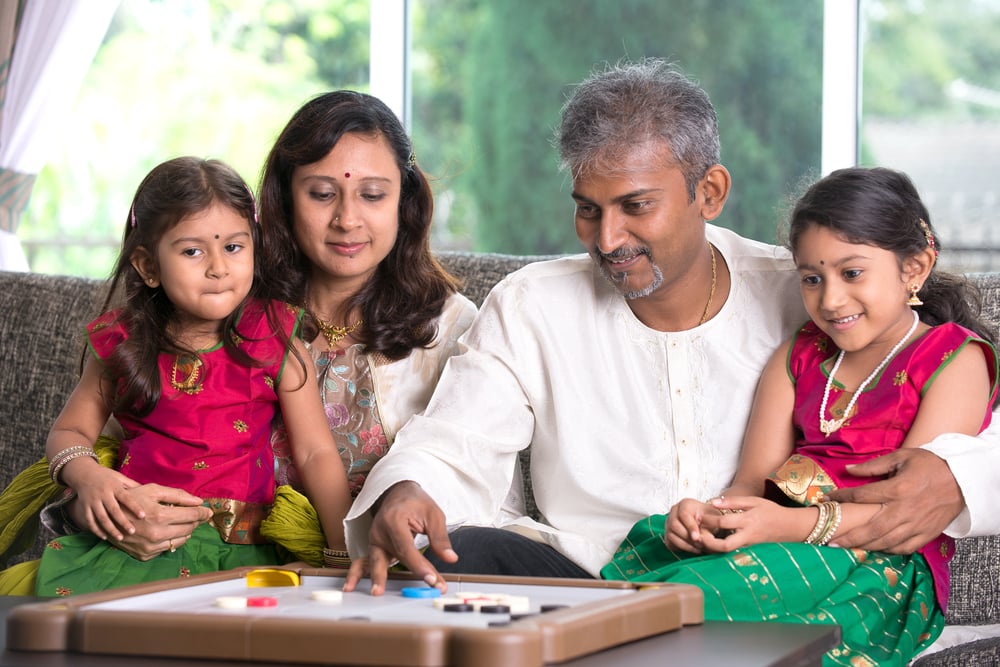 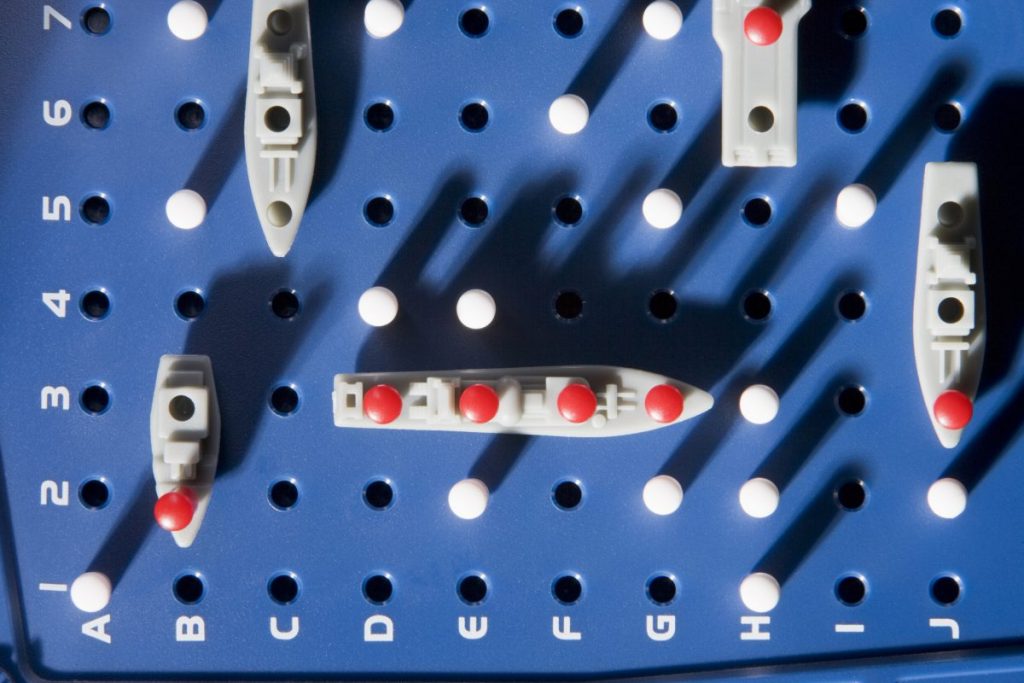 First created in 1973, Perfection is a game that kids are sure to love. The goal of this game is to fit all the multi-shaped pieces into their corresponding places on the board before time runs out. When the timer goes off, the board rises and the pieces burst out. The player who gets the most pieces in the board before times runs out, wins. 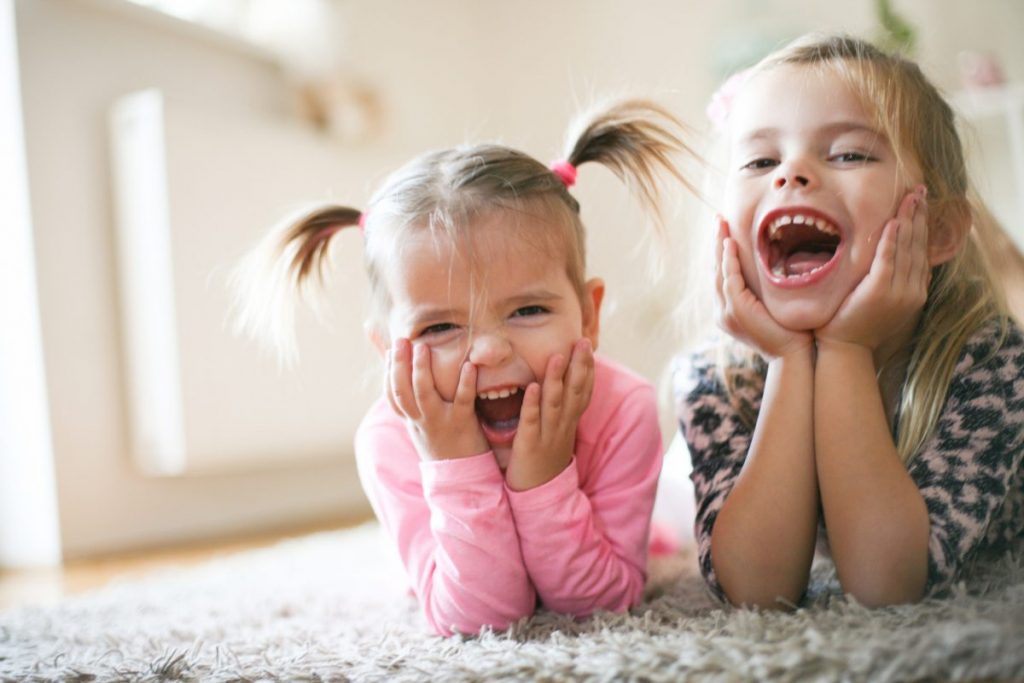