Causes, Symptoms, and Treatments for a Peptic Ulcer

Peptic ulcers can occur in the stomach, duodenum or esophagus. This condition happens when there's a break in the lining of these interior body parts. When it occurs in the stomach, it's called a gastric ulcer. In the duodenum, it's a duodenal ulcer, and in the esophagus, it's called an esophageal ulcer. Peptic ulcers happen when peptic acids erode the lining of these organs. A peptic ulcer extends more in-depth into the lining, and it also causes an inflammatory reaction. Occasionally, there's scarring involved with the peptic ulcer. This condition is relatively common, and it tends to recur too. In fact, ulcers which have already healed can reoccur unless you take steps to prevent them. Here are some causes, symptoms, and treatments for peptic ulcers:

1. Burning Pain in the Stomach

The most common symptom of peptic ulcer is a burning pain in the stomach. When there's an excess of acids in your stomach, it will make the pain even worse. Also, an empty stomach can exacerbate the pain. Usually, you can ease the pain by eating certain types of food which may act as a barrier for the stomach acid. You can also take medications which can reduce stomach acids. However, the pain may come back after the effects of the medication wears off. Usually, the burning pain becomes worse at night or in between meals. 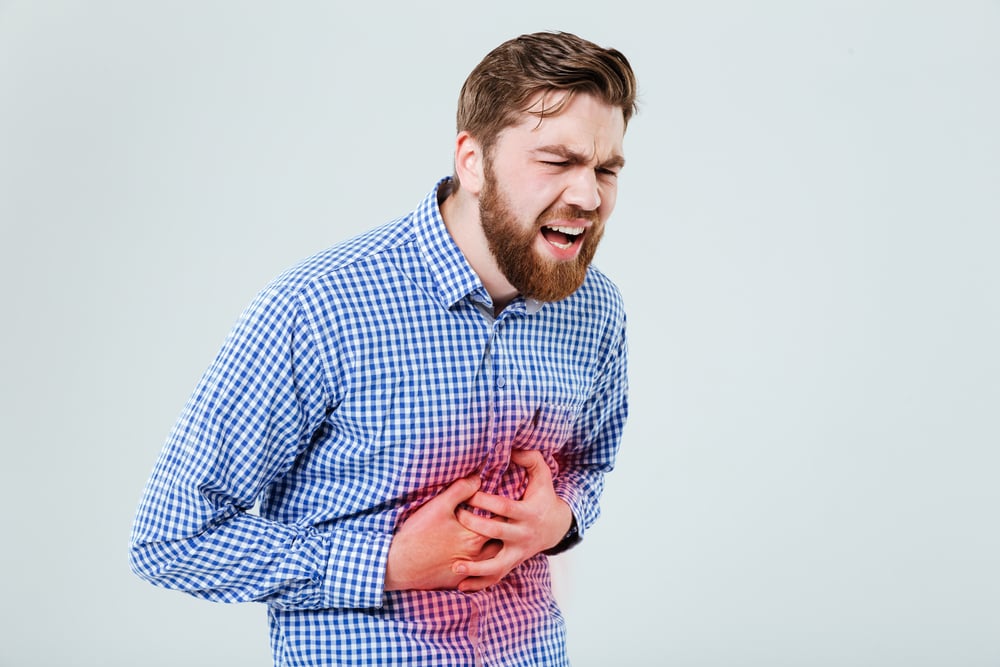