10 Symptoms and Treatments of a Duodenal Ulcer

A Duodenal Ulcer refers to under the broad category of stomach ulcers. Although the ulcer develops in the intestine just outside the stomach, it is close enough in nature and symptoms to stomach ulcers to share the name. Sometimes clinics also refer to this type of ulcer as a peptic ulcer. It is one of the more common medical problems since some researchers claim you have a ten percent chance of developing a stomach ulcer. People over the age of sixty are most at risk of getting such an ulcer and men are at the most risk.

Strong pains in the stomach

Sharp pains in the upper part of the stomach are one of the most common signs of an ulcer in this area, but a significant number of patients may have an ulcer without these pains. Patients often describe the pain in terms of a powerful burning sensation, or they might tell the doctor they feel as if something is gnawing away at the center of their stomach. Generally, the pain comes and goes but it could be so strong that it wakes the patient up in the night. 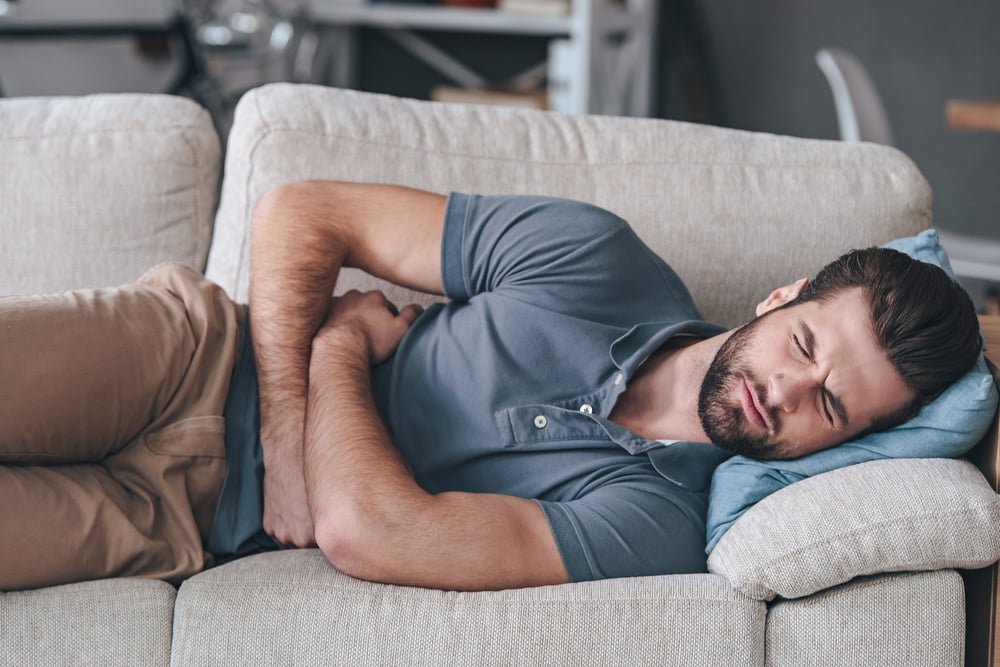 Is this just bad indigestion

Sometimes, instead of sharp stomach pains, a person with a duodenal ulcer gets pains very similar to those that severe indigestion or GERD (heartburn) produce. It becomes very difficult to know whether this discomfort comes from an ulcer, or from the acid used to dissolve foods leaking out of the stomach in these situations. However, while indigestion occurs after eating too large an amount of food or eating in great haste, if an ulcer is responsible these pains can occur on an empty stomach and eating may actually bring pain relief. It is always safer to consult a doctor when in any doubt. 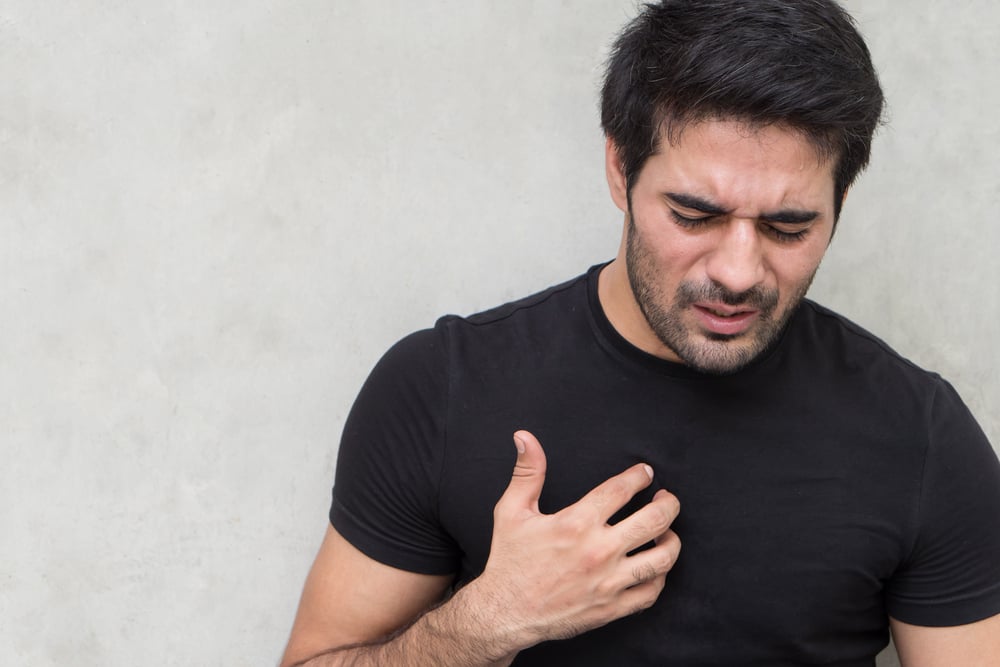 The common association between stomach ulcers and pain in this region make it less likely that sufferers will associate the ulcer with other health issues. It is also possible to get a duodenal ulcer that causes a patient to feel nauseous, but they do not feel strong stomach pains. Given the multiplicity of conditions that can make someone feel sick, it is easy to misdiagnose the ulcer as a common stomach bug, or virus. If nausea continues, get a professional diagnosis from a doctor. 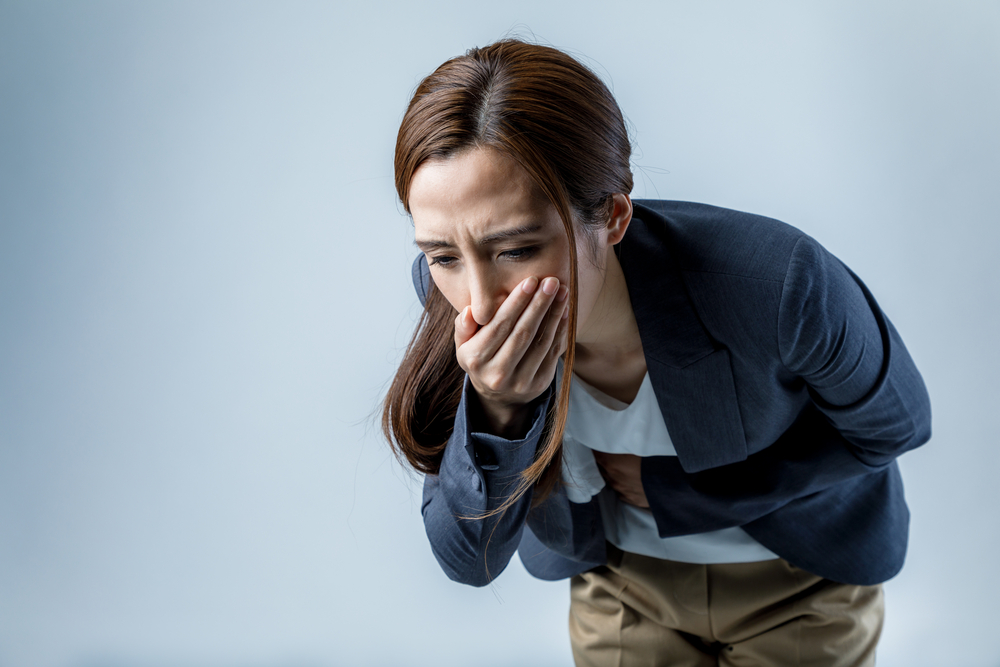 A connection with long-term use of non-steroid drugs

Medical researchers have discovered a clear link between long-term use of non-steroid, anti-inflammatory medications and the appearance of stomach ulcers. Even taking a common and safe medicine like aspirin over an extensive period can produce this unwelcome side effect. Therefore, anyone who has been using one of these kinds of drugs in this way has grounds to suspect that stomach pain, or other characteristic symptoms, could indicate the presence of a duodenal ulcer. 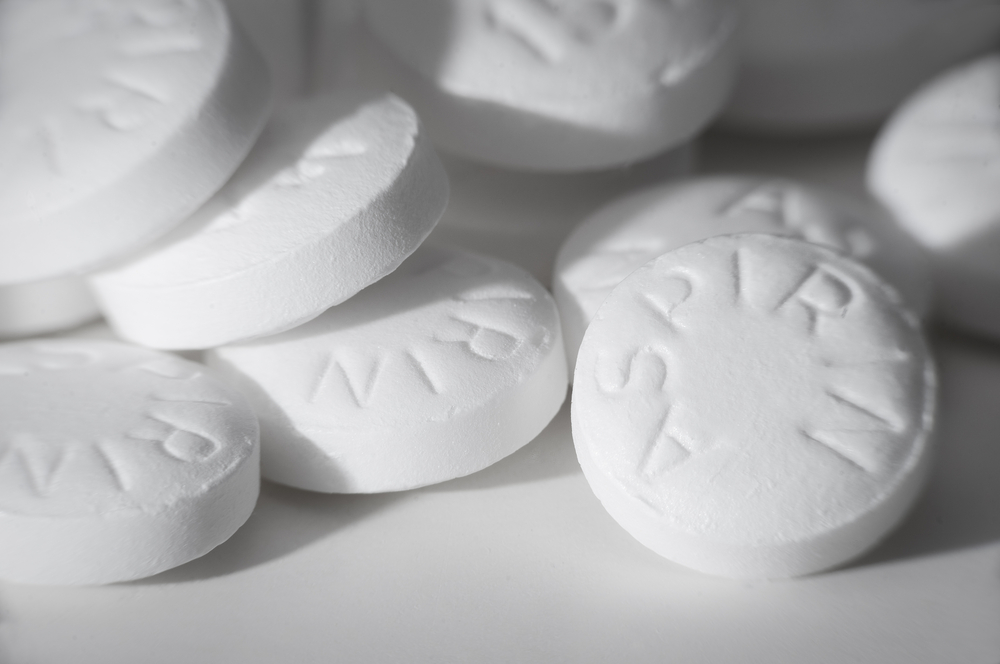 A sufferer might vomit blood if this health issue develops unexpected complications. Internal bleeding is the most common of all of these complications. It can occur if the ulcer develops by a blood vessel. The blood vomited up could be bright red, or it might have a brownish color similar to that of coffee. It is unlikely for this to happen but if it does occur, do not delay seeking medical assistance. The same applies if you notice that you have stoles as dark as pitch. Both vomiting of blood and the dark stoles are serious complications. It is quite rare for these symptoms to appear but it becomes a medical emergency if this happens. 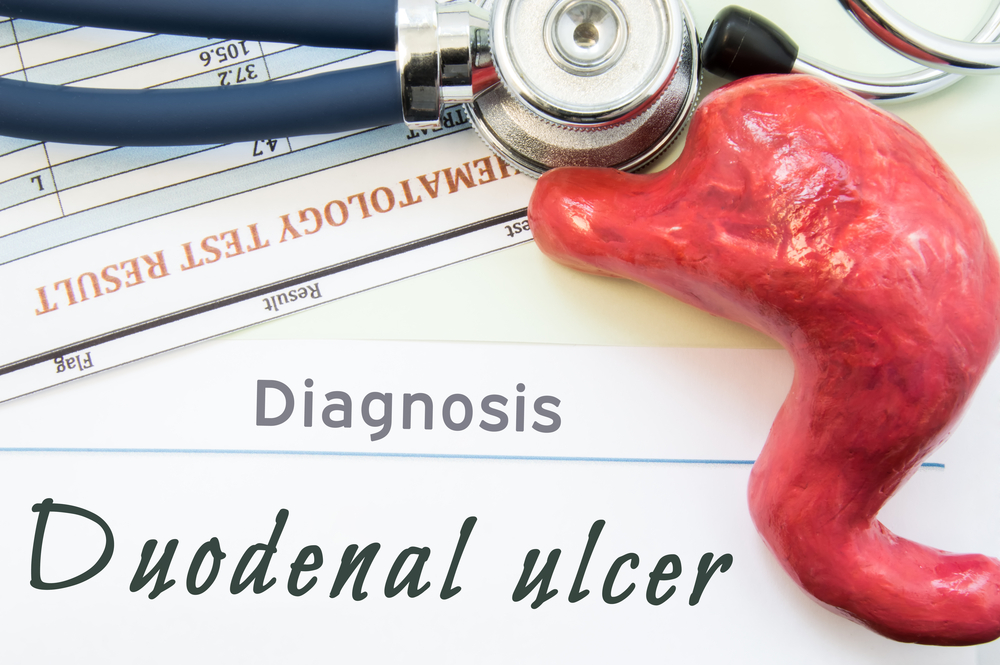 Length of time it takes to treat ulcers

The recommended treatment and length of time it takes to treat duodenal ulcers varies in line with the cause of the ulcer. It should take just a month or two to cure the ulcer in the more common cases. These ulcers are unlikely to return after treatment, but this does happen occasionally. If the duodenal ulcer does reappear, it might indicate a failure to diagnose correctly its original cause, or perhaps this was not properly treated. 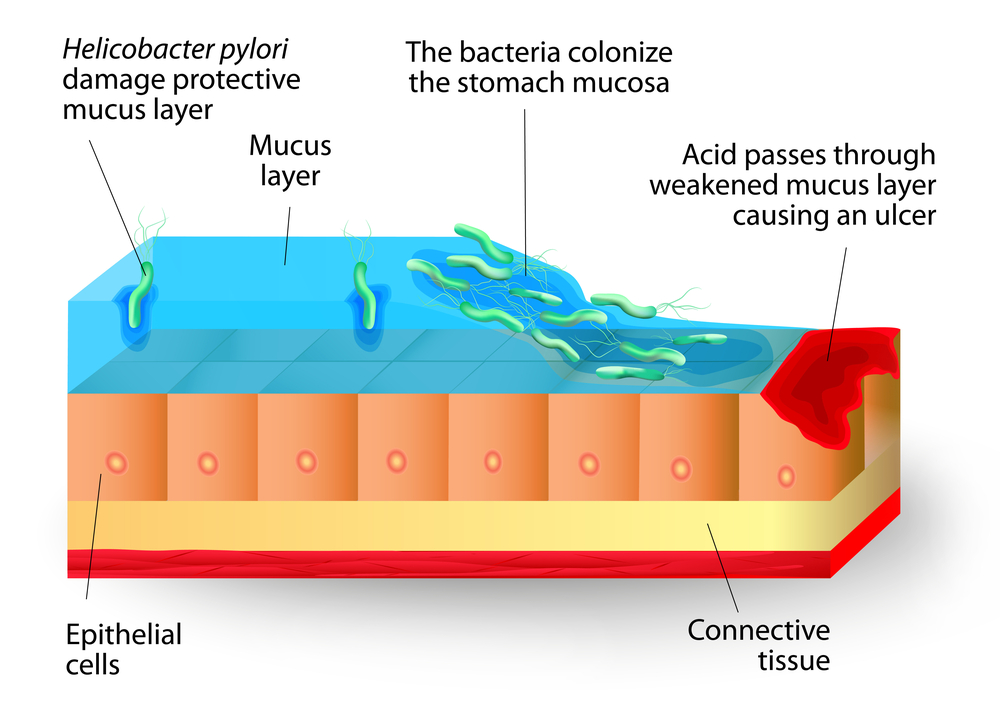 A course of antibiotics

Many doctors have become reluctant to prescribe antibiotics out of concern over overuse, but they remain the preferred choice for treating ulcers with a bacterial cause. The H. pylori infection bacteria is by far the most common duodenal ulcer trigger. For example, statistics from the show that 95% of these ulcers come from this bacterial infection. Many people have these bacteria in their stomach linings, but they do them no harm. However, if an ulcer appears doctors prescribe a week's course of antibiotic drugs to cure the ulcer and kill the bacteria responsible. 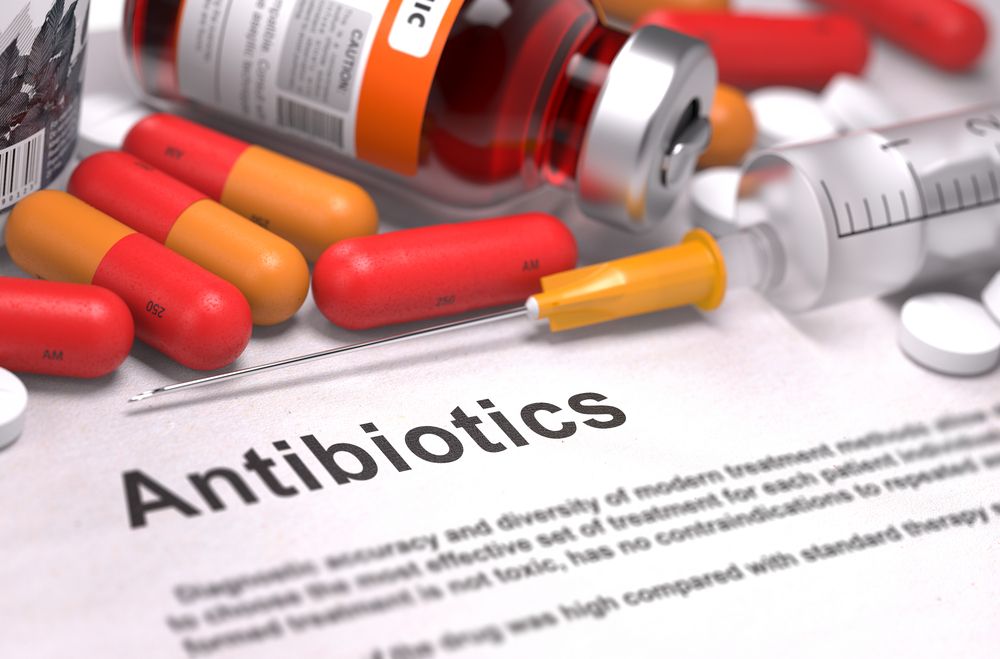 Treatments for ulcers linked to medication

If a patient taking a prescribed anti-inflammatory drug develops a duodenal ulcer, the doctor must investigate if there is any connection. The doctor often prescribes a proton pump inhibitor (PPI) drug in these cases. The PPI lowers the amount of acid the stomach makes, and this enables the ulcer to heal quickly. At the same time, they have to decide if the patient needs to continue to the anti-inflammatory medicine. Sometimes replacing the medication, for example, with a paracetamol, provides an acceptable treatment alternative. 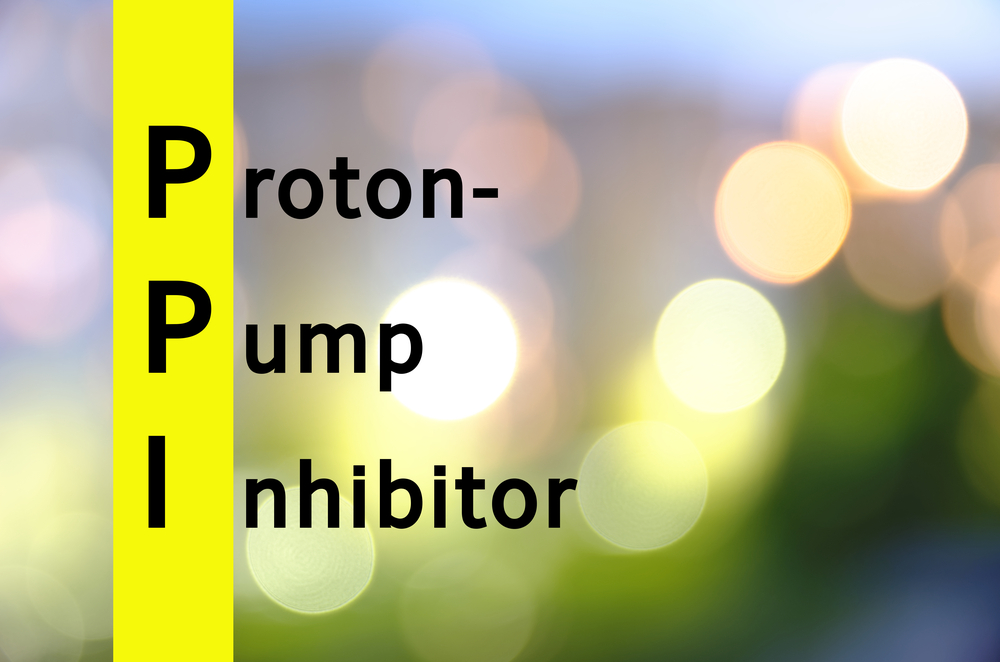 Tests the doctor is likely to perform

Usually, doctors request an endoscopy to confirm their suspicion that this patient has a duodenal ulcer. To perform the test the doctor or nurse inserts a telescope tube through the gullet. Sometimes they refer to this test as a gastroscopy. It is obviously a very unpleasant procedure to go through, but it clearly shows the presence of an ulcer or inflammation, and it gives the doctor the information they need to know the best treatment. If they think the ulcer comes from an H. pylori infection, stool and blood tests can also help make the right diagnosis. 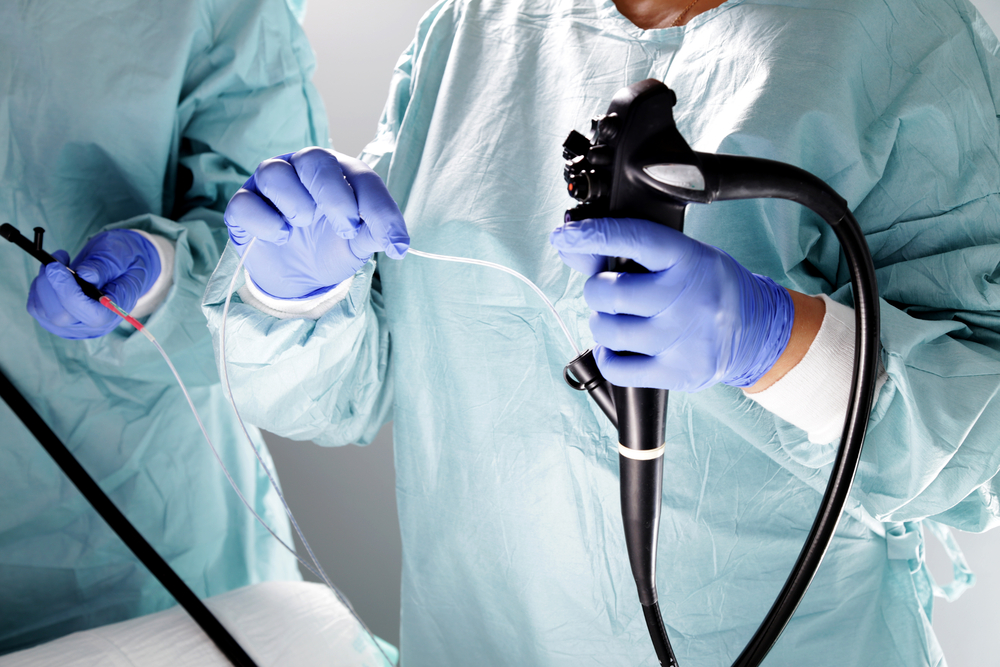 Surgery in the event of complications

Before medical science uncovered the link between duodenal ulcers and H. pylori infections, the surgical treatment option was widely used. Today treatments with medications are the preferred medical approach, but the surgery option remains available for the most complex cases. Surgery becomes necessary if the patient suffers from severe bleeding or perforation of the stomach lining. 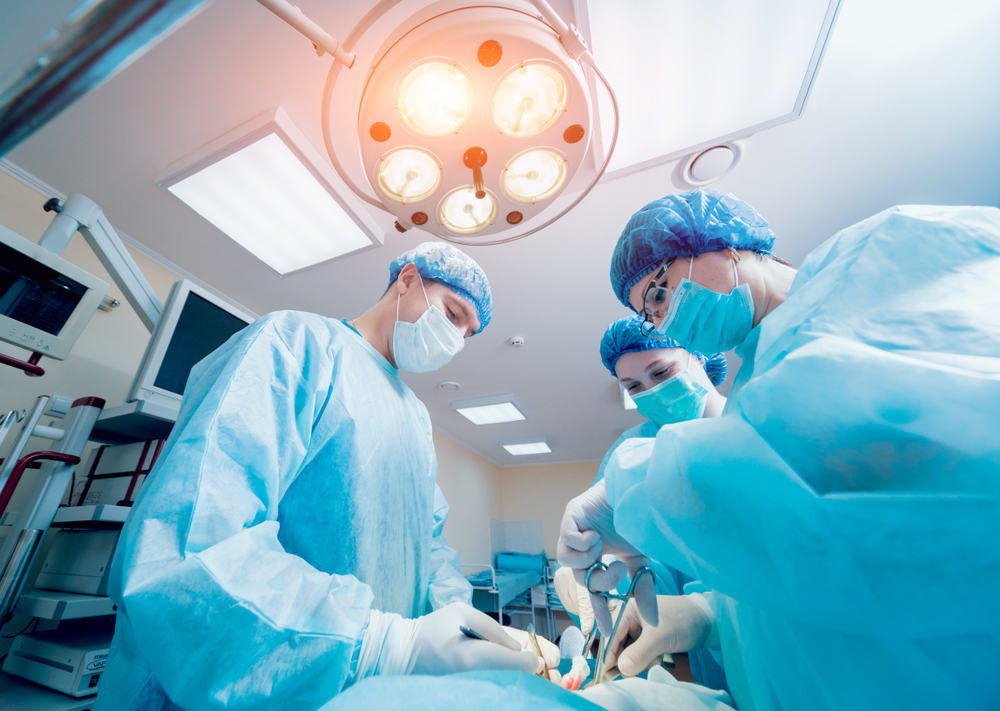