The Patella: Support for the Whole Body

The human patella is one of the most vital bones, enabling many common activities the body carries out. The small structure sustains a majority of the body's weight. As babies, we are born without kneecaps. Instead, we have cartilaginous placeholders that fully ossify by about age five or six. The patella is more than just a simple covering. Without it, something as simple as taking a step can result in painful complications.

The patella is a flat, circular sesamoid bone -- a bone embedded in muscles or tendons -- with a shape similar to an apostrophe. It is embedded in the fascia lata, a deep enclosure in the thigh, and is the center of the joint. The patella connects to the patellar ligament and the tendon of the rectus femoris, a muscle that flexes the hip. The back of the bone has specialized cartilage that ensures low-friction, lubricated movement between it and the trochlear groove of the femur. 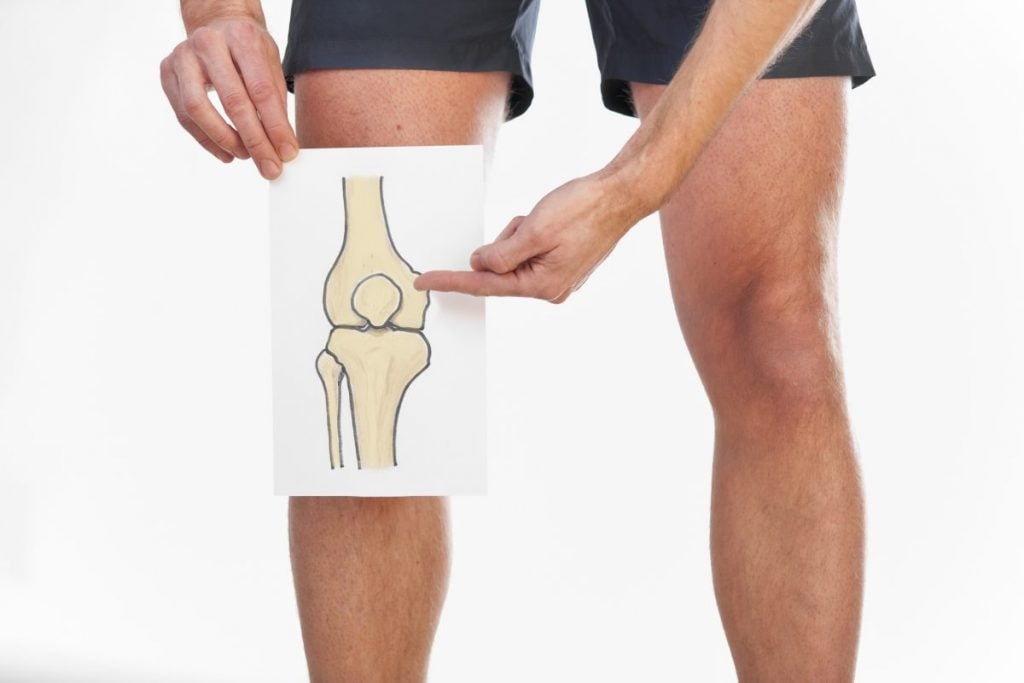 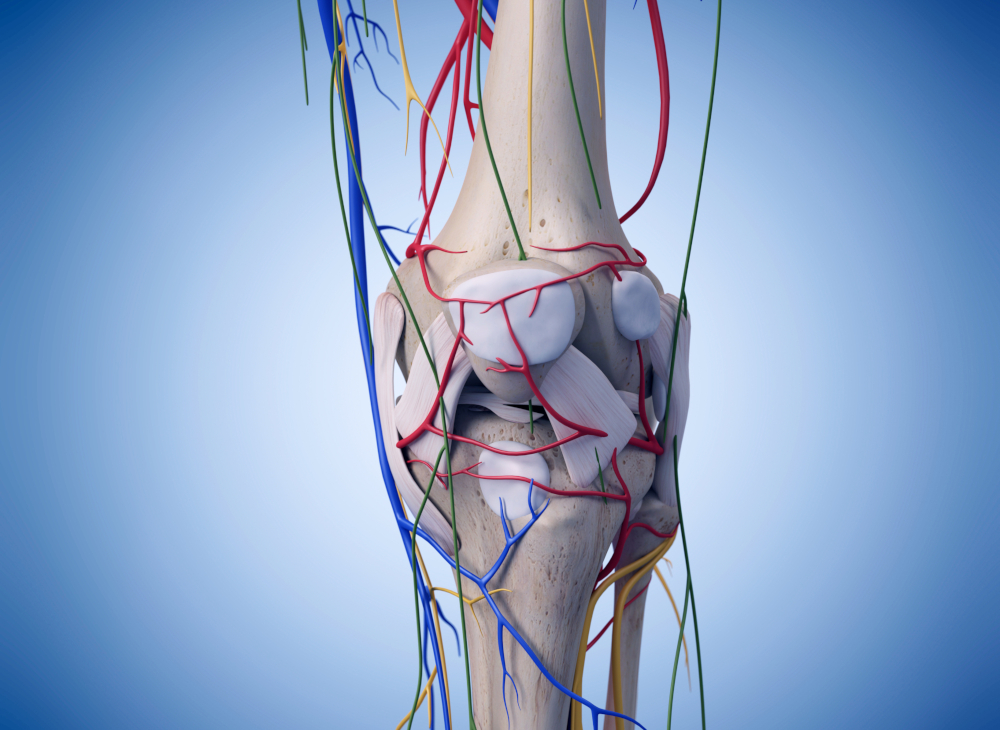 The patella is basically a fulcrum, a point at which a lever can turn or receive support; the lever, in this case, is the quadriceps muscle. With the help of the patella, the quadriceps tendon can exert leverage on the femur through flexion and extension, increasing the muscle's strength by as much as 50 percent. The patella ensures more even distribution of forces to associated bones, and it also shields the knee joint from direct fracture. 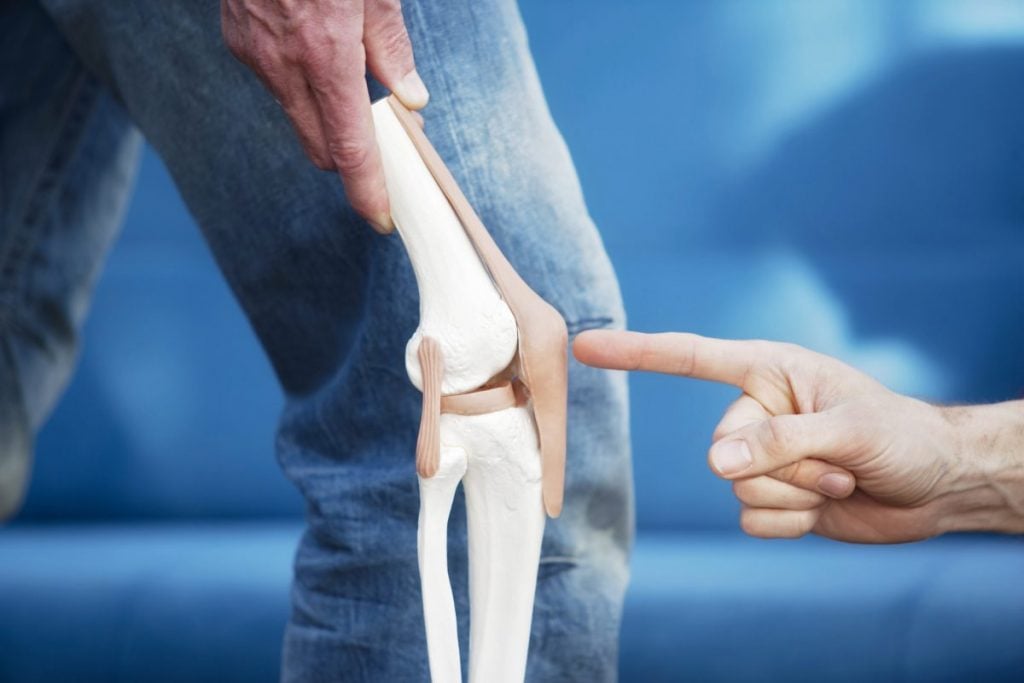 The knee is a combination of two joints, the patellofemoral joint where the patella meets the femur, and the tibiofemoral joint where the tibia meets the femur. The knee joint bears a significant amount of the body's weight, even during the simplest activities. For example, walking puts a load equal to 1.5 times the body's weight, while squatting increases the multiple to approximately eight. 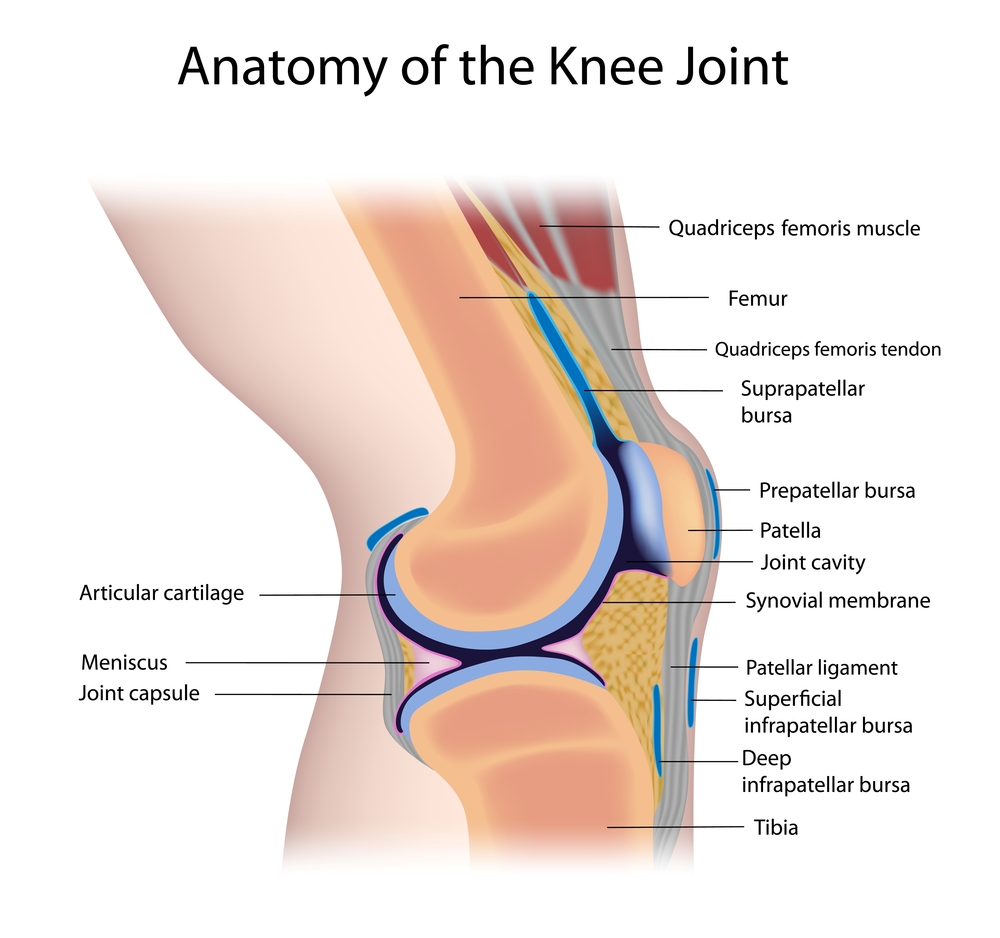 When the quadriceps femoralis muscle contracts, it causes a patellar reflex, commonly known as a knee jerk. The lower divisions of the femoral nerve control this response, and with a simple test, doctors can examine for neurological disease. When the doctor hits the space between the tibial tuberosity and the tibial shaft with a rubber hammer, the knee should extend slightly. If there is no reaction, that is a possible sign of a lower motor neuron lesion, while an overreaction may indicate an upper motor neuron lesion. 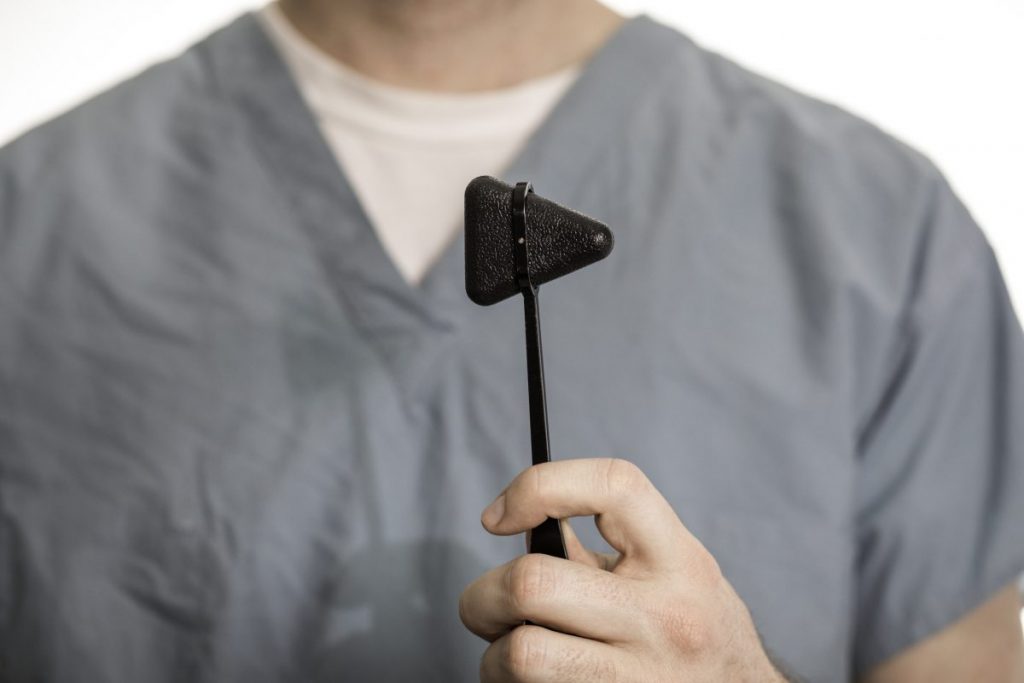 The Insall-Salvati ratio measures the length of the patella tendon over the length of the patella when the knee is flexed at 30 degrees. A ratio less than 0.8 indicates patella baja, which is a low-lying patella associated with restricted range of motion and pain behind the knee cap. Patella alta, a high-riding patella, has a ratio greater than 1.2 and is associated with accumulation of fluid behind the knee joint. Basic treatment for either focuses on decreasing pain through mobilization. 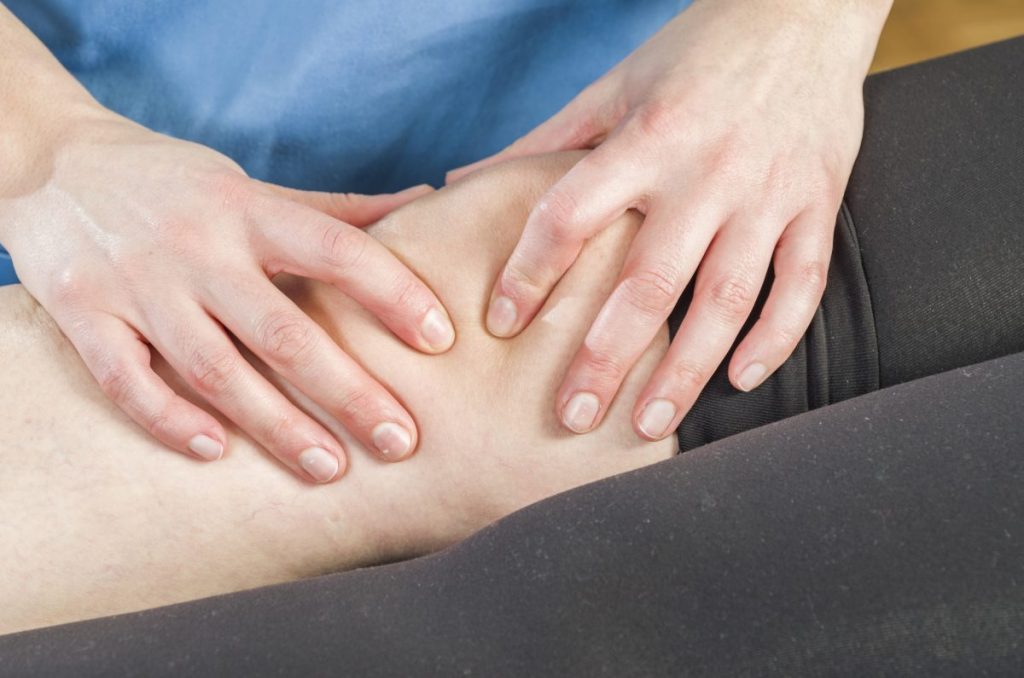 Less than 2 percent of the population has bipartite patella, a congenital condition that develops when the patella is two pieces instead of one. The extra piece is called a superlateral ossification, meaning it is a separate bone located at the top and side. This condition usually shows up around age 12 and is nine times more prevalent in males. While it happens in both knees in over 40 percent of cases, most of the time, it resolves itself. When it does not, it can become painful and require surgery. 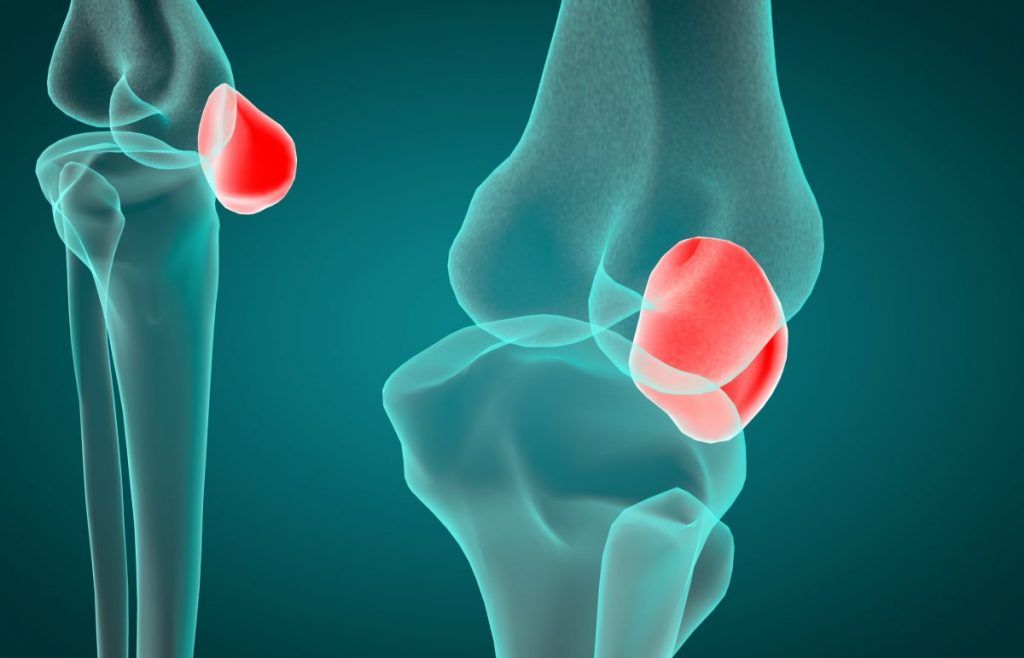 Patellar dislocation occurs when the patella slips out of the trochlear groove. The spontaneous injury is often seen in athletes who need to extend their knees during play, such as in soccer, or may happen during exercise. This type of injury can hurt the quadriceps and may tear the stabilizing ligaments in the area, which can cause scattered fragments. Depending on the level of damage, treatments include surgery and rehabilitation. 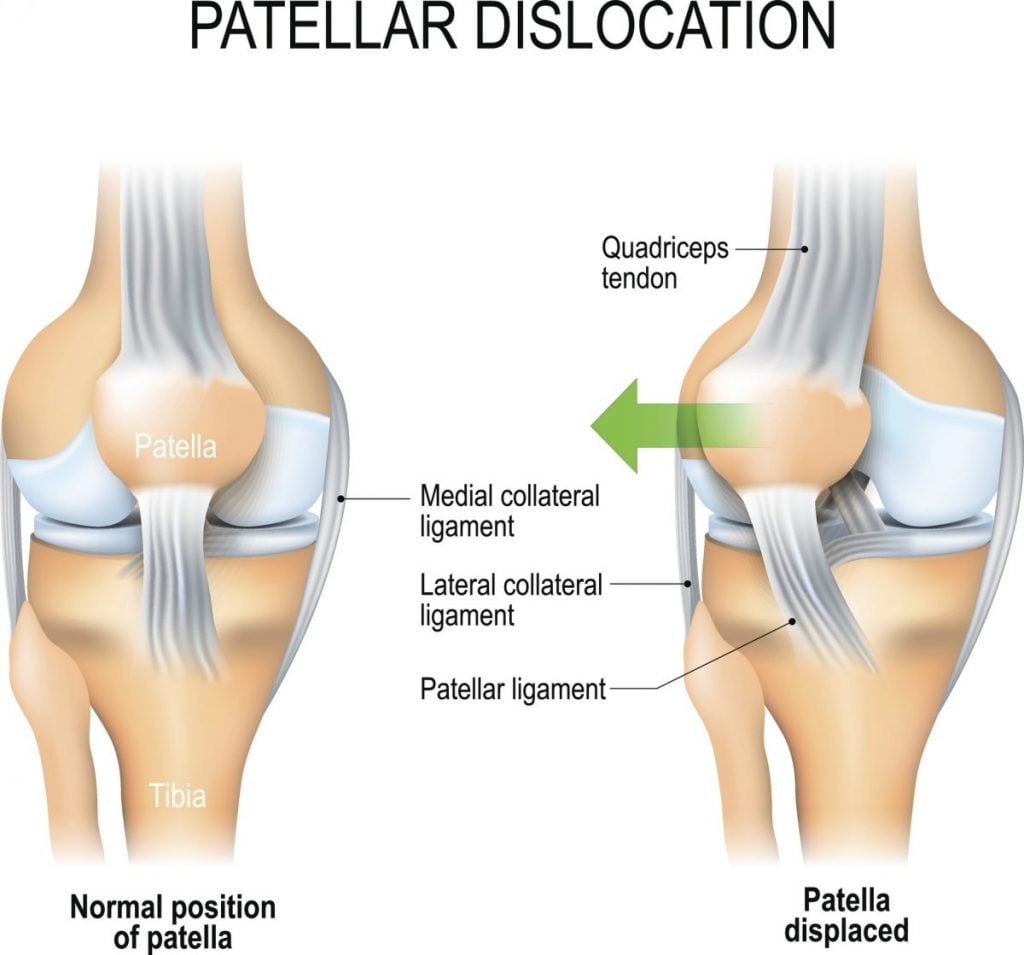 There are four types of patellar fractures. A stable fracture means that the patella is slightly split, but is in the same location, while a displaced fracture describes a misaligned broken bone. A comminuted fracture happens when the bone is in three or more pieces. An open fracture is the most serious because the bone is so badly broken that it wounds the surrounding tissue and may even pierce the skin, increasing the chance of infection as well as the likelihood of surgery. 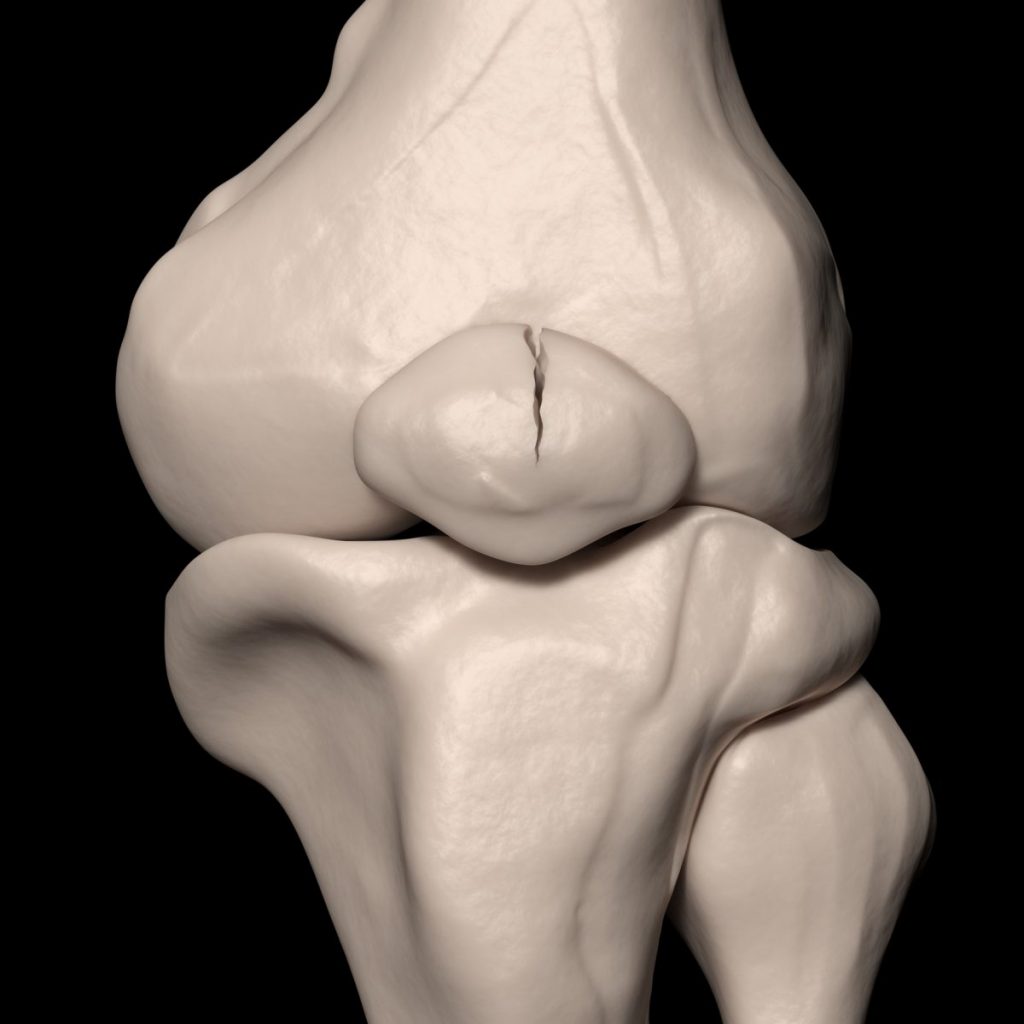 While the case of having two patellas can be problematic for humans, it turns out that a double kneecap is standard for the ostrich. Ostriches have an upper and lower patella. The top one is similar to what is in other species, while the lower one is fixed, like an elbow. Scientists theorize that it may help them move faster by increasing their extension speed or it could protect their tendons. They are studying this configuration to help them improve prosthesis designs and come up with better surgery techniques for humans. 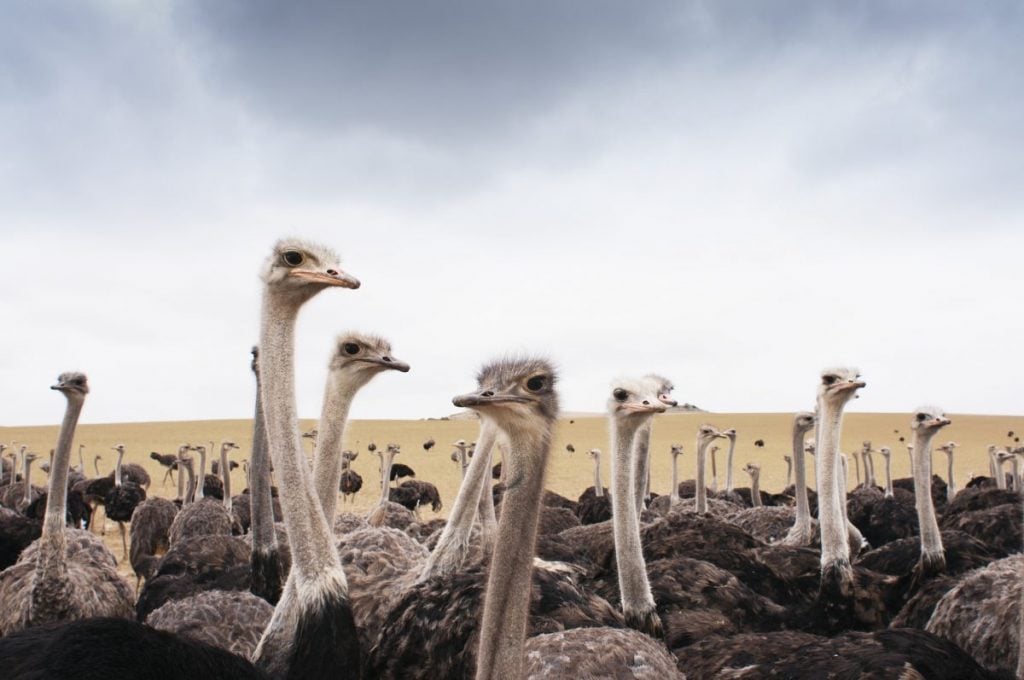