10 Symptoms and Treatments for HELLP Syndrome

HELLP syndrome is a pregnancy complication thought to be a severe form of preeclampsia. It is a life-threatening condition characterized by Hemolysis, Elevated Liver enzymes, and Low Platelet count. Experts estimate that HELLP affects 0.2 to 0.6 percent of all pregnancies. About 5-8 percent of women experience preeclampsia during pregnancy, and 10-20 percent of those with severe preeclampsia will develop HELLP, although HELLP can sometimes occur without any signs of preeclampsia. These are the most common symptoms observed in women with HELLP syndrome.

Signs and symptoms usually occur in the last trimester of pregnancy, although in up to 8 percent of cases, HELLP syndrome will occur within 48 hours after delivery. In 30-60% of HELLP cases, women report headaches ranging from mild to severe. According to BMC Pregnancy and Childbirth, clinical symptoms including headache, visual disturbance changes, epigastric pain, and nausea-vomiting, have been better predictors of prognosis than lab tests. 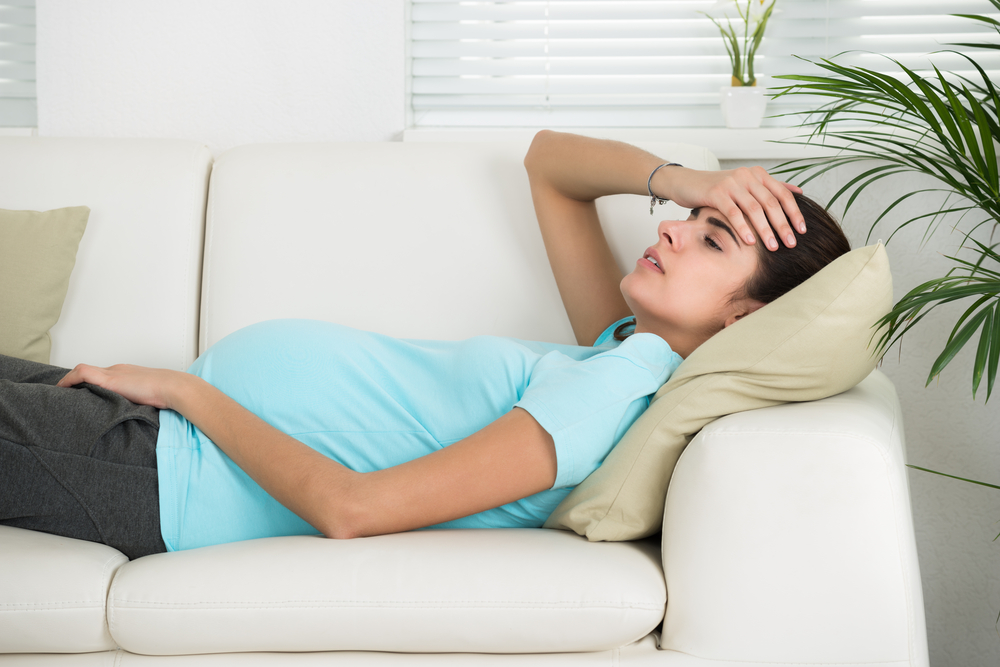 About 20% of HELLP syndrome patients reported visual disturbances which includes blurred vision and sensitivity to light. Since this syndrome involves multiple systems and organs, it can affect the visual system as well. This may be due to high blood pressure, which causes vasoconstriction in the brain, effecting vision, and in severe cases even causing hemorrhage. Pregnant women who experience visual disturbances should immediately seek medical care for prompt evaluation that may save her life, as well as her baby’s. 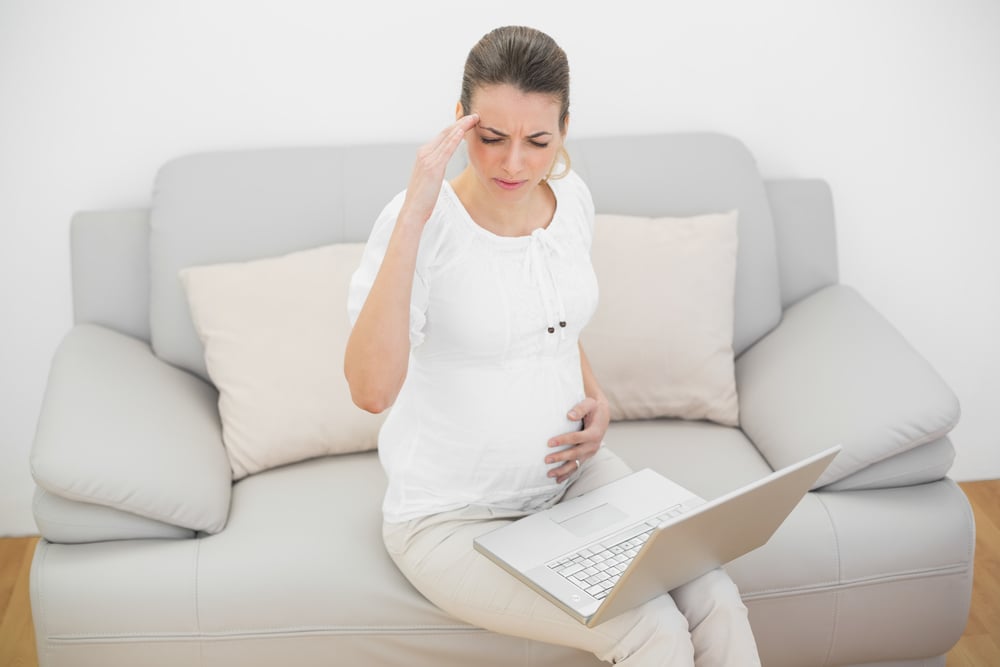 For many women, nausea and vomiting are all too common during pregnancy and may not raise any red flags. However, if you have been mostly nausea-free—especially toward the end of your pregnancy—and you suddenly experience severe nausea and vomiting, it may be worth a visit to your doctor. HELLP usually occurs between weeks 30 and 38 of pregnancy with a 1- to 2-week history of symptoms including nausea. Stay on the safe side and visit your doctor if you may be experiencing symptoms of HELLP. 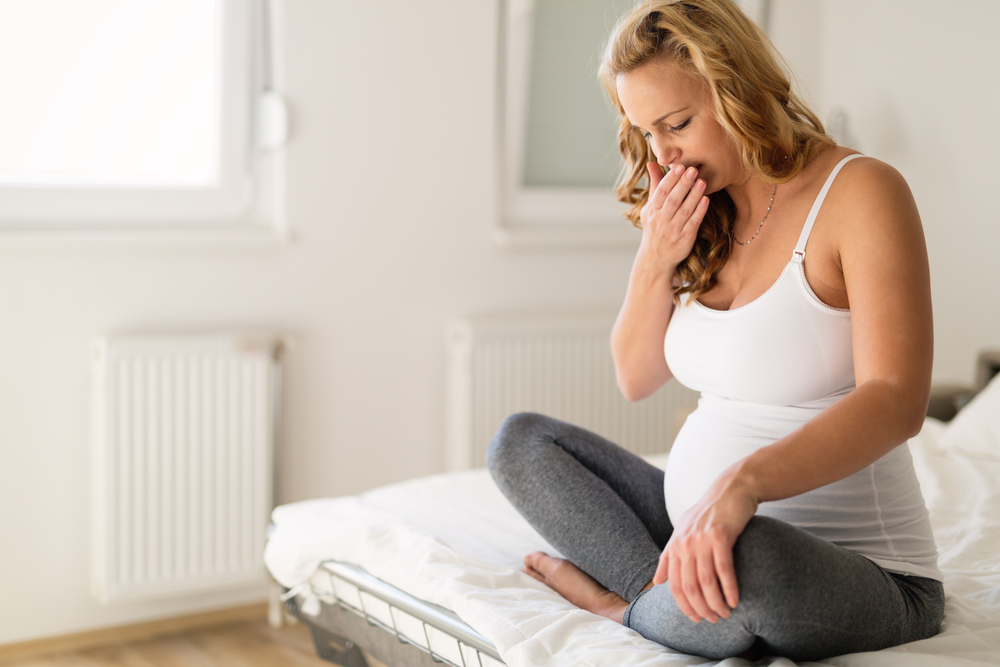 One of the typical symptoms of HELLP includes upper right abdominal pain or epigastric pain. The pain may be fluctuating and colic-like and feel severe at some points, and mild at others. Typically, symptoms of HELLP are exacerbated at night and ease up during the day. This can often delay a pregnant woman from getting examined, as she may have periods of feeling fine. 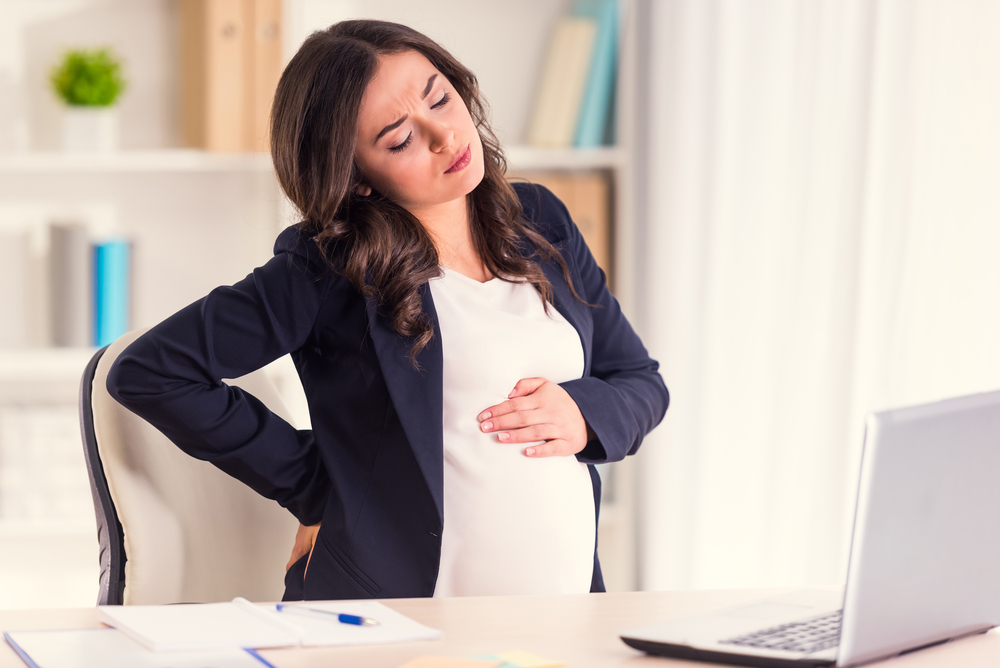 Many women report flu-like symptoms and feeling generally unwell the few days before receiving a HELLP syndrome diagnosis. These women may feel unusually tired and fatigued as well. If you’re pregnant and you feel like something is “off,” visit your doctor for a blood test and urine sample. 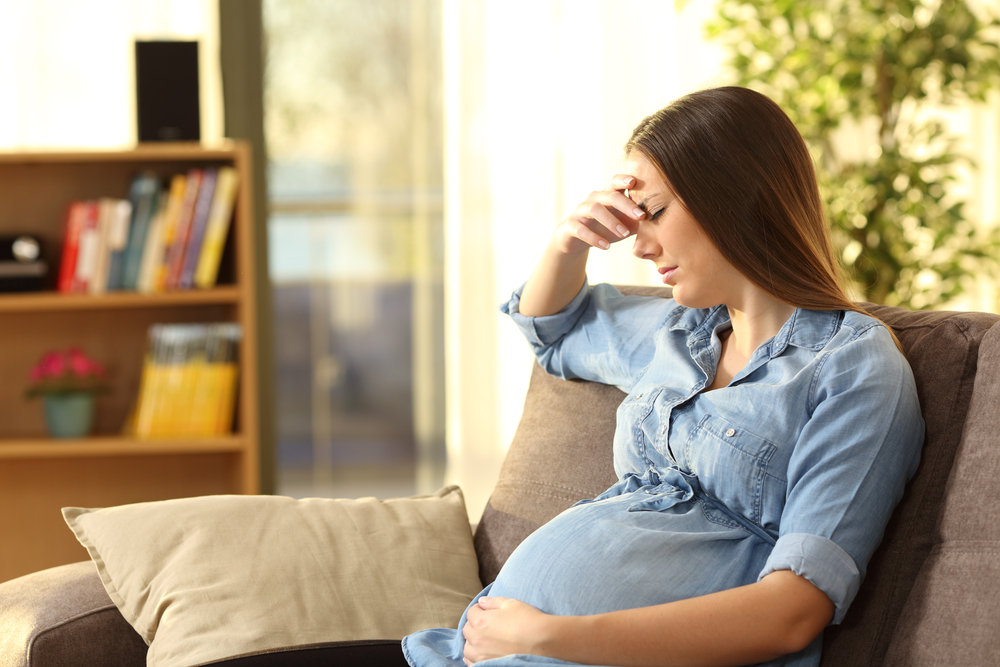 Before HELLP syndrome received its name in 1982, it was known as edema-proteinuria-hypertension gestosis type B. Hypertension, or high blood pressure is a diagnostic requirement for HELLP syndrome. It is also a defining feature of preeclampsia, and one of the things which makes these conditions so dangerous. High blood pressure during pregnancy puts the baby at risk, and it puts the mother at risk for kidney, liver, and brain damage. In severe cases, it can lead to seizures and death for both baby and mom. 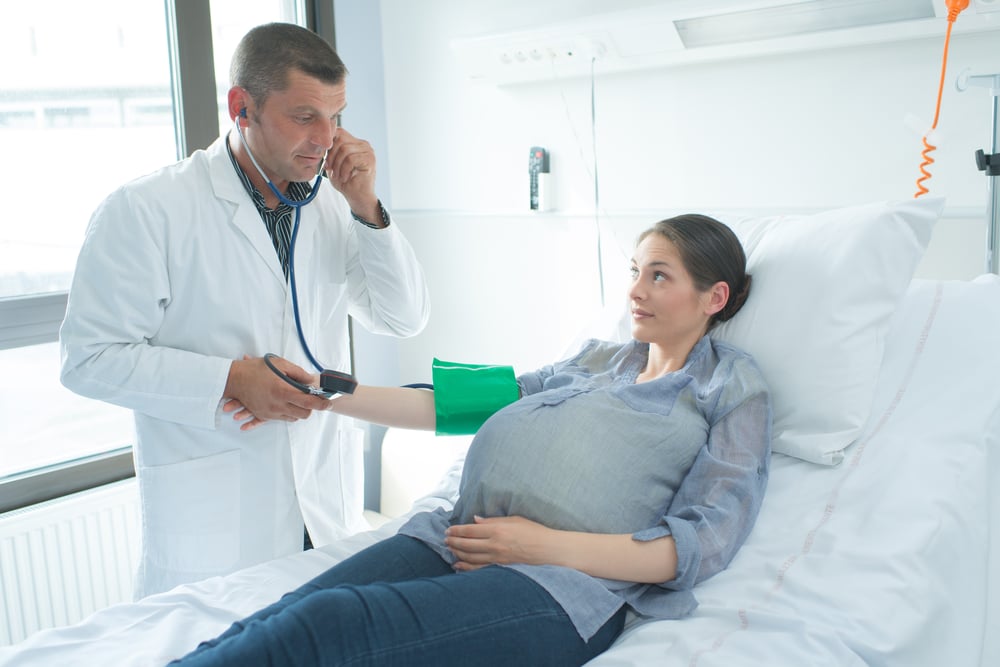 Hypertension together with protein in the urine makes for a diagnosis of preeclampsia. These symptoms are very common in women with HELLP syndrome. Proteinuria is one of the defining symptoms of HELLP, although in some women it may be mild. 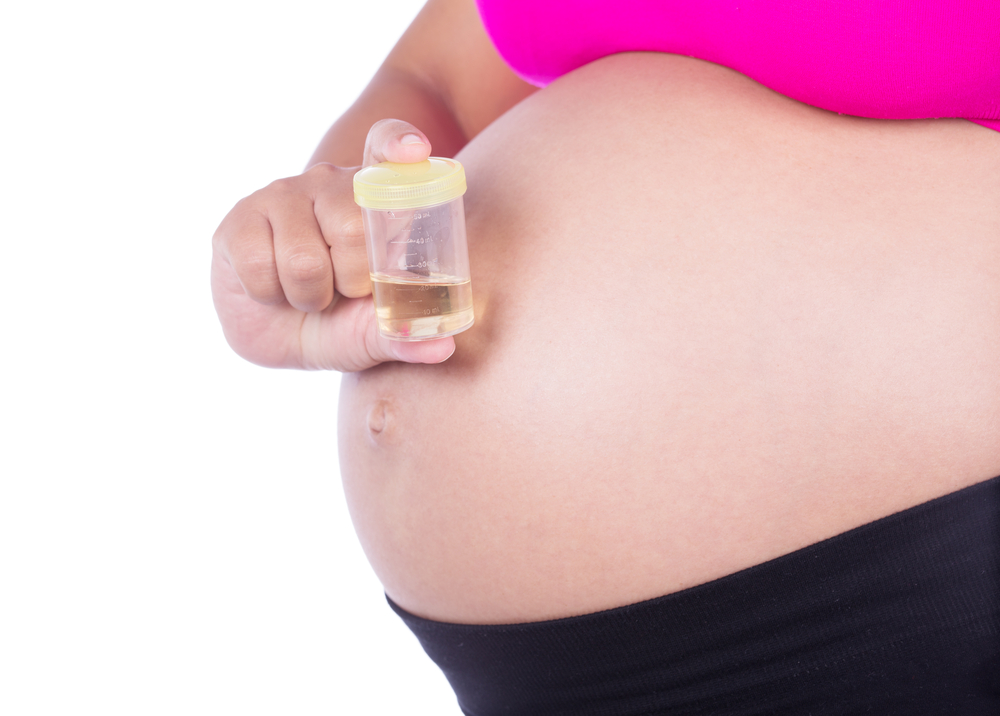 Women with HELLP may experience swelling, especially in the hands, legs, or face. Edema, or swelling, is common in preeclampsia and HELLP, although its absence does not exclude HELLP syndrome. In some cases, HELLP is accompanied by pulmonary edema or excess fluid in the lungs. Occasionally, HELLP can prove fatal when it is not treated right away—it can lead to liver rupture/hemorrhage or cerebral edema. 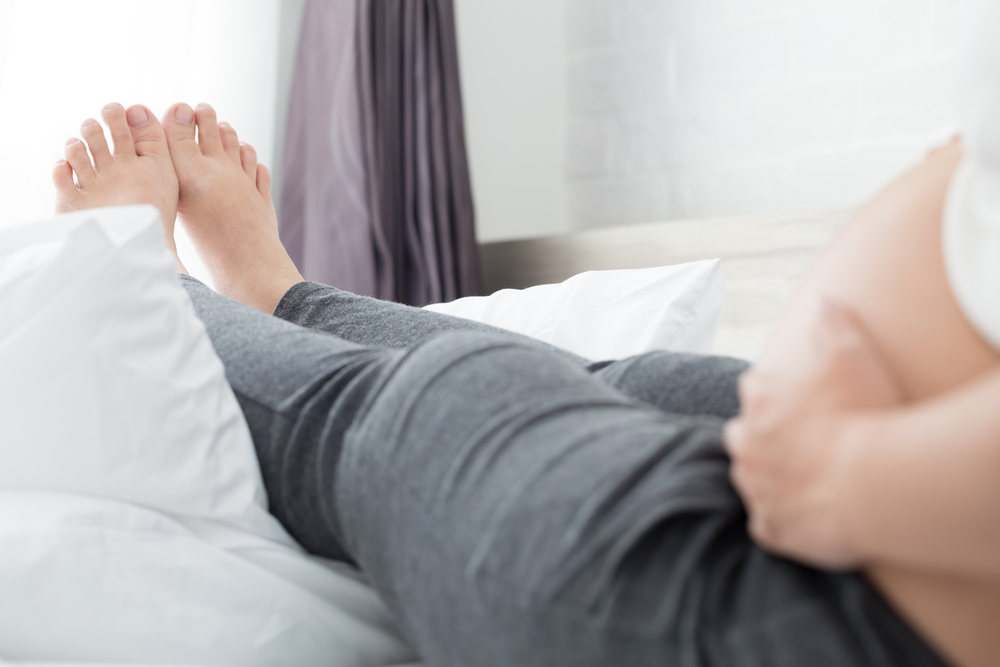 Women diagnosed with preeclampsia or HELLP syndrome before week 34 gestation may take medication to control symptoms. Magnesium sulfate is for preventing seizures—a risk of HELLP syndrome. Corticosteroids to help develop the baby’s lungs and antihypertensives to reduce blood pressure are also protocol before 34 weeks gestation. Women who are anemic due to HELLP syndrome may require a blood transfusion. 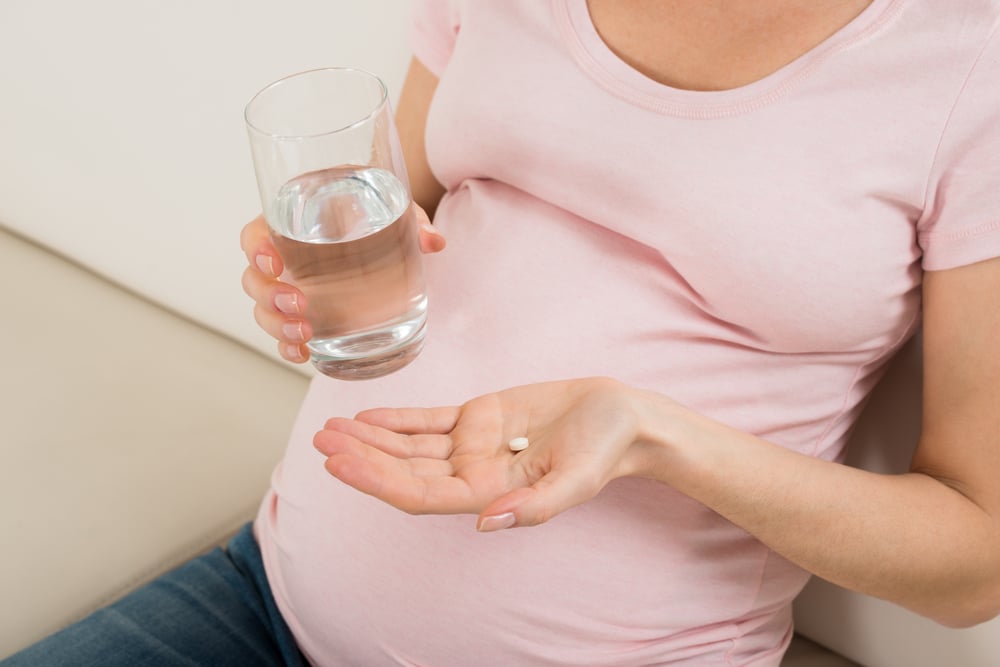 Delivery is the best way to treat HELLP syndrome. After 34 weeks gestation, most doctors will advise delivering the baby as soon as possible to avoid any further complications and to put the mother out of harm’s way. Usually, the symptoms will go away within a few days after delivery. Early treatment helps to lower risk of mortality. 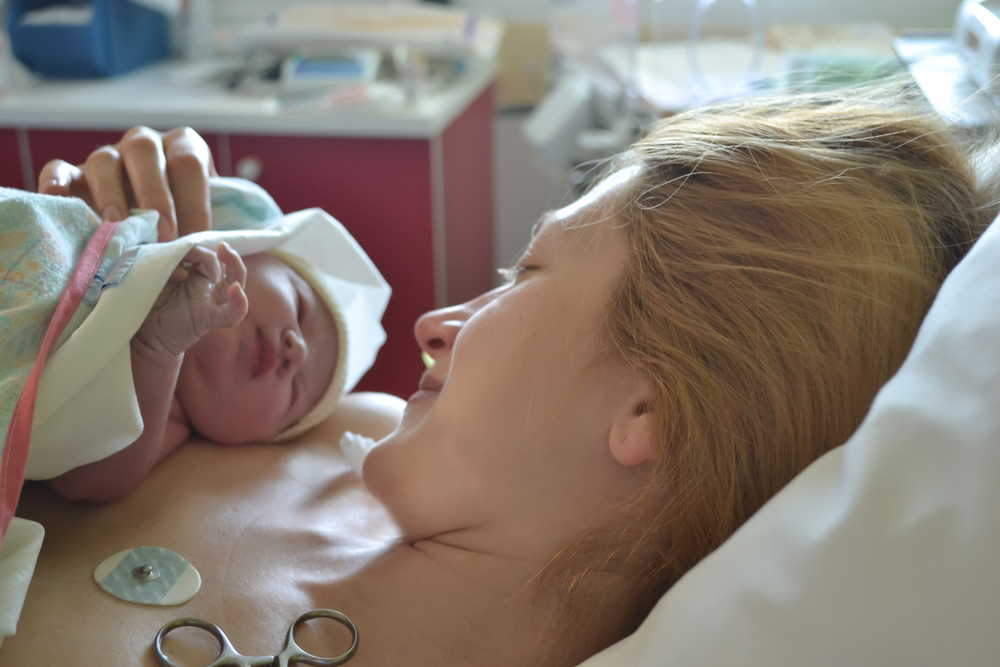 All women who have been diagnosed with preeclampsia or HELLP syndrome are in the high-risk category for future pregnancies. Make sure to share your history with your doctor so that she can closely monitor you in future pregnancies.