10 Signs and Symptoms of Ectopic Pregnancy

An ectopic pregnancy (EP) occurs when a fertilized egg grows outside the uterine cavity. EP occurs in about 2% of pregnancies and can lead to ruptures and internal bleeding. Identified risk factors for EP include advanced maternal age (over 35 years), pelvic inflammatory disease, chlamydia infection, smoking, prior tubal surgery, induced ovulation and in vitro fertilization techniques, and endometriosis. Since EPs happen more frequently in the fallopian tube, they are also known as tubal pregnancies. However, they may also occur in the cervix, the abdominal cavity, the ovary, and even within a C-section scar.

An ectopic pregnancy may be diagnosed any time within the first five to 14 weeks of pregnancy. If the woman has a history of inflammatory disease in the pelvic area, has undergone fallopian reconstructive surgery, or had a C section, the resulting scar may prevent the egg's movement to the uterus, where it is supposed to implant. As a precautionary measure, women with these risk factors should have an early ultrasound to verify where the embryo has implanted. 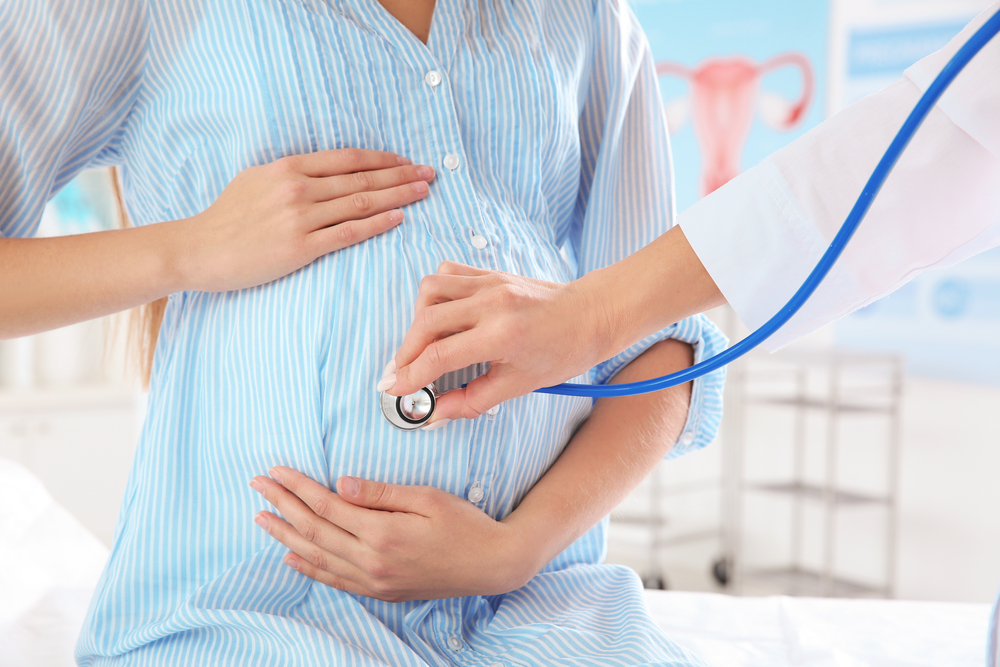 Vaginal bleeding is often the first symptom of an ectopic pregnancy, though it may also be described as spotting and can be different than a normal period. The blood may or may not have clots. Heavy bleeding could indicate a miscarriage. A woman who is pregnant, or one who could be, and experiencing any unexpected bleeding should consult a doctor. 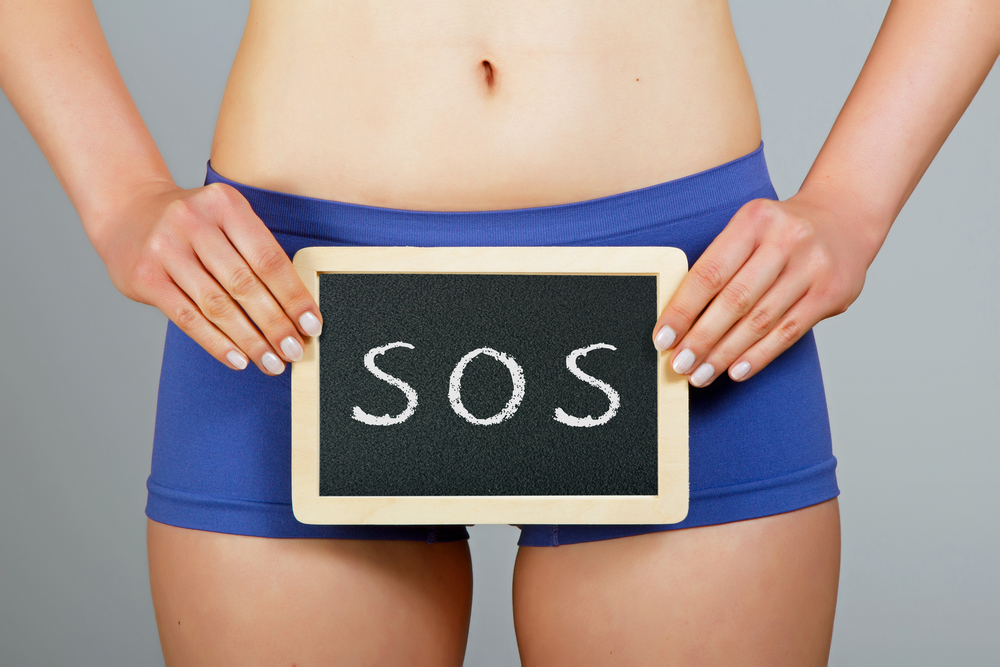 It is normal to experience mild cramping during pregnancy. In the past, a combination of abdominal pain, vaginal bleeding, and amenorrhea (lack of menstruation) promptly led doctors to suspect an ectopic pregnancy and surgical intervention to prevent a rupture within the abdominal cavity. Today, most ectopic pregnancies are diagnosed before these severe symptoms develop. One-third of women diagnosed with EP have no clinical signs; some studies show up to ten percent have no symptoms. Regardless of its severity, women of childbearing age should have a doctor investigate abdominal pain. 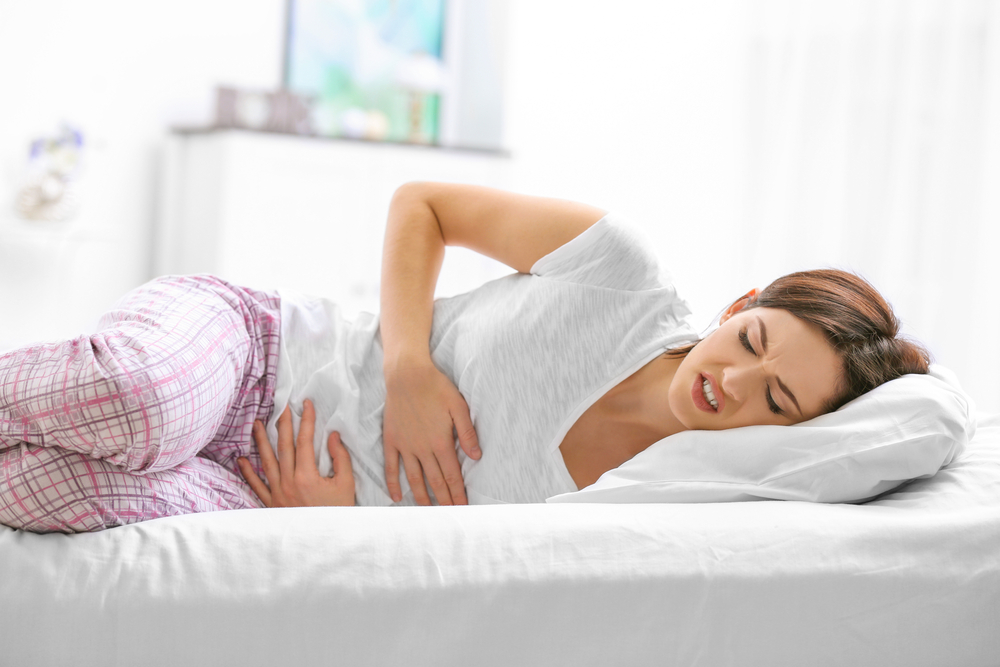 Doctors may recommend a woman have an hCG test early in her pregnancy, especially if she has experienced vaginal spotting or other symptoms. In a normal pregnancy, human chorionic gonadotropin (hCG) levels double every 48 hours as a sign of fetal viability; in an ectopic pregnancy, the hCG level increase is remarkably lower. A doctor can confirm the EP diagnosis by performing a transvaginal ultrasound scan, which may reveal an empty uterine cavity. 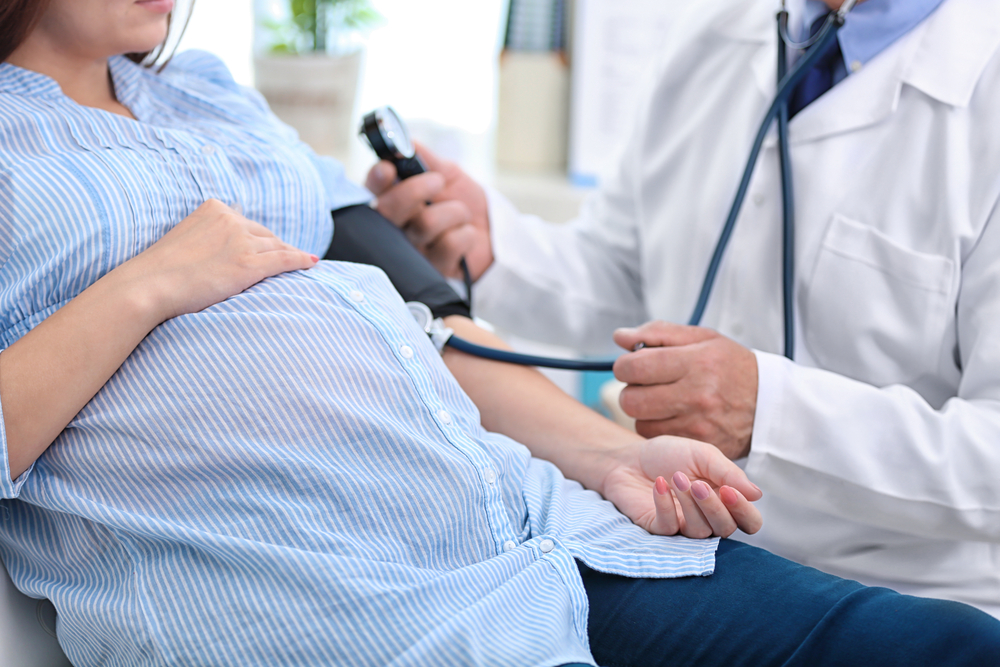 Women in more advanced stages of EP may experience sudden drops in blood pressure, which can indicate internal bleeding, especially in women who have recently had a positive pregnancy test. Shortness of breath, dizziness, and fatigue may accompany this symptom. A doctor can quickly exclude other conditions that could cause these symptoms, such as anemia, dehydration, lack of sleep, or insufficient nutrition. 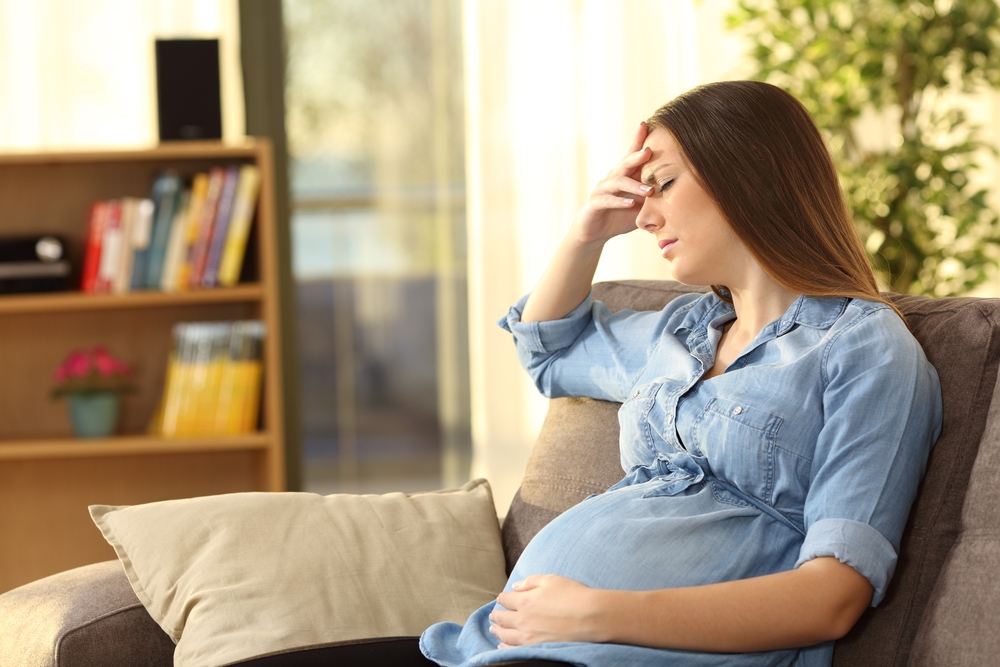 Various abdominal symptoms may announce an ectopic pregnancy. Sometimes, abdominal pain is similar to the abdominal discomfort associated with constipation or gas accumulation. If internal bleeding accompanies the pain, a sudden increase of pressure in the rectal area is a possible cause. Women who feel severe gas pains early in pregnancy should see a doctor immediately. 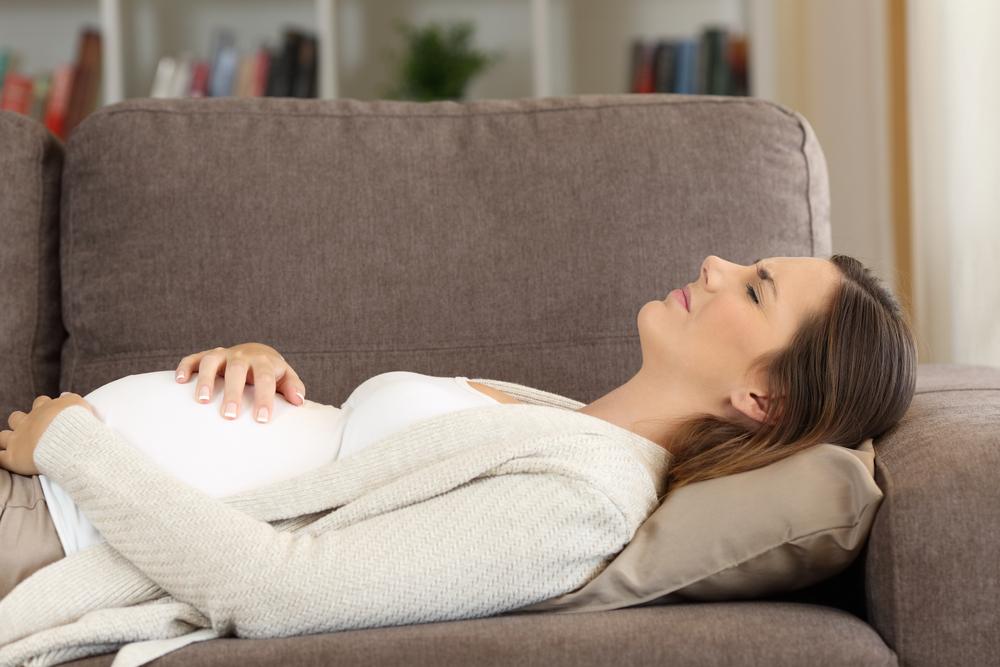 Pregnancy naturally causes changes to normal bowel and bladder movement. In some cases, these changes are symptomatic of stomach infections or urinary tract infections, the latter being more frequent in pregnant women. Symptoms of EP are often non-specific, and difficult to differentiate from those of gastrointestinal and urological anomalies, including appendicitis, ovarian cyst rupture, and urinary tract infection. 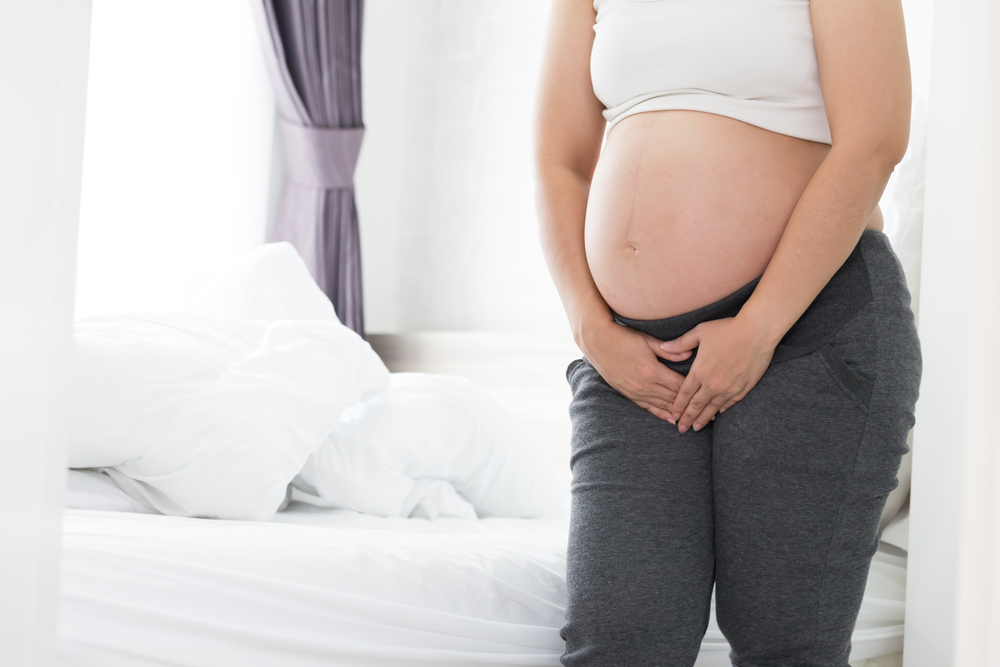 Less common signs of EP include nausea, vomiting, and diarrhea. During the early stages of pregnancy, morning sickness resulting in these symptoms is common. As such, nausea by itself is unlikely to lead a doctor to suspect an ectopic pregnancy unless the woman was already considered at risk or has other symptoms such as abdominal pain and vaginal bleeding. 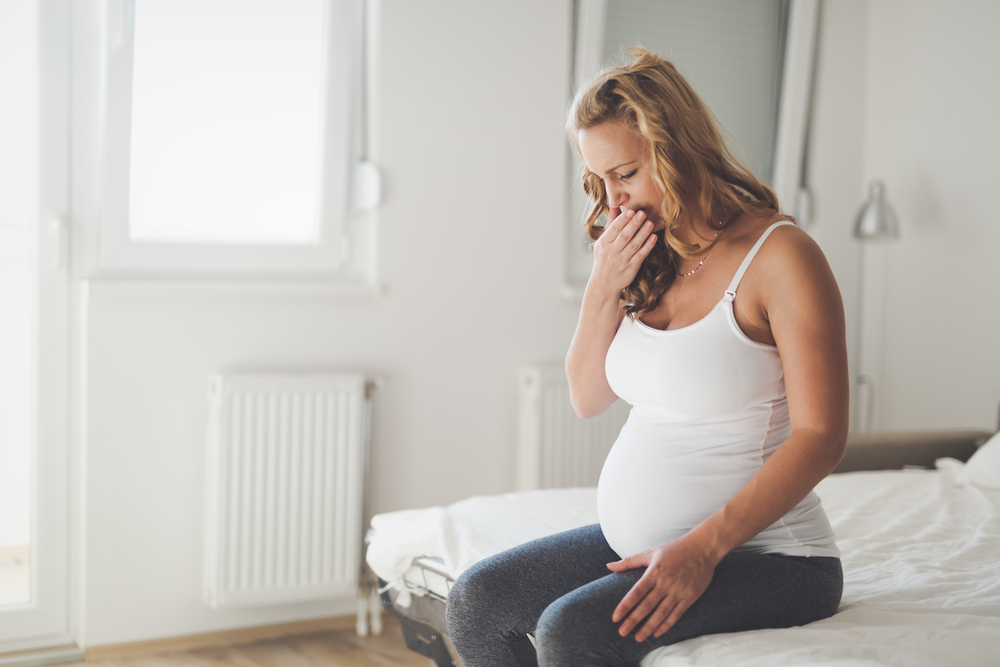 Although quite unusual, another symptom of an ectopic pregnancy is shoulder tip pain. This pain is felt where the shoulder ends and the arm begins. The exact cause is unknown, although some scientists suggest it may be due to internal bleeding diffusing below the diaphragmatic wall and irritating the surrounding muscles. The pain becomes worse when the woman lies down and is not relieved by painkillers. Unexplained shoulder pain is another indicator that a pregnant woman should see a doctor. 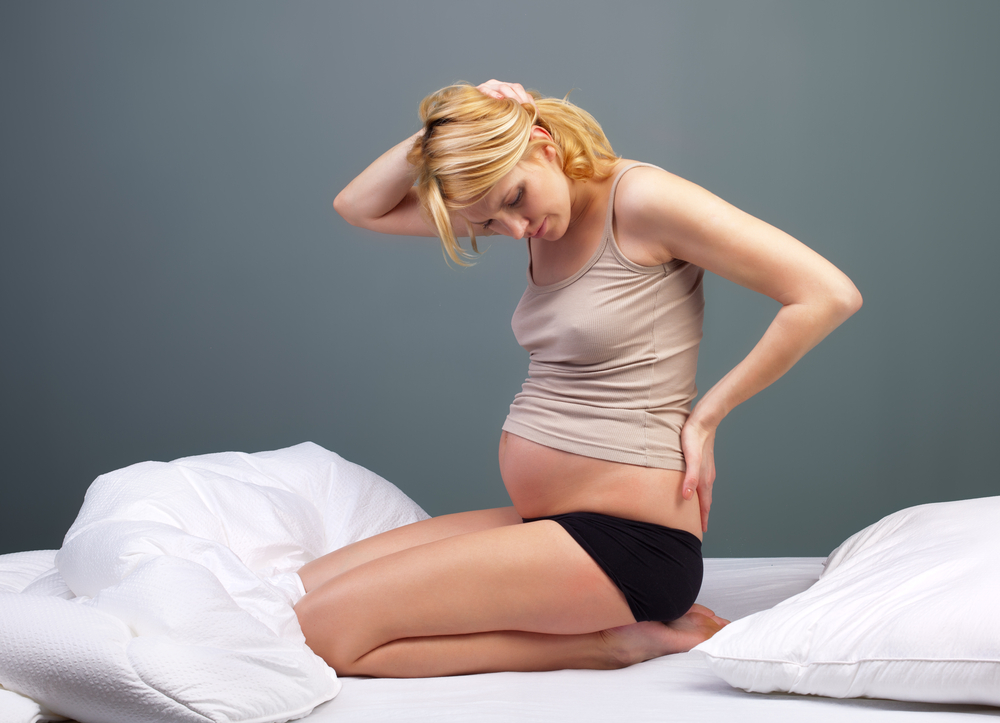 In rare instances, women are unaware they have an ectopic pregnancy until a rupture or other serious consequence occurs. If the EP occurs in one of the fallopian tubes (as in 98% of cases), as the embryo grows, it will not only cause pain but may rupture spontaneously. This can lead to internal bleeding and circulatory collapse. There maybe no earlier warning signs before the fallopian tube bursts. This medico-surgical emergency can be fatal unless treated promptly. The patient might need fluid and blood transfusions to restore blood pressure. The surgeon will have to remove the pregnancy tissues with the fallopian tube in a surgical procedure called a salpingectomy. 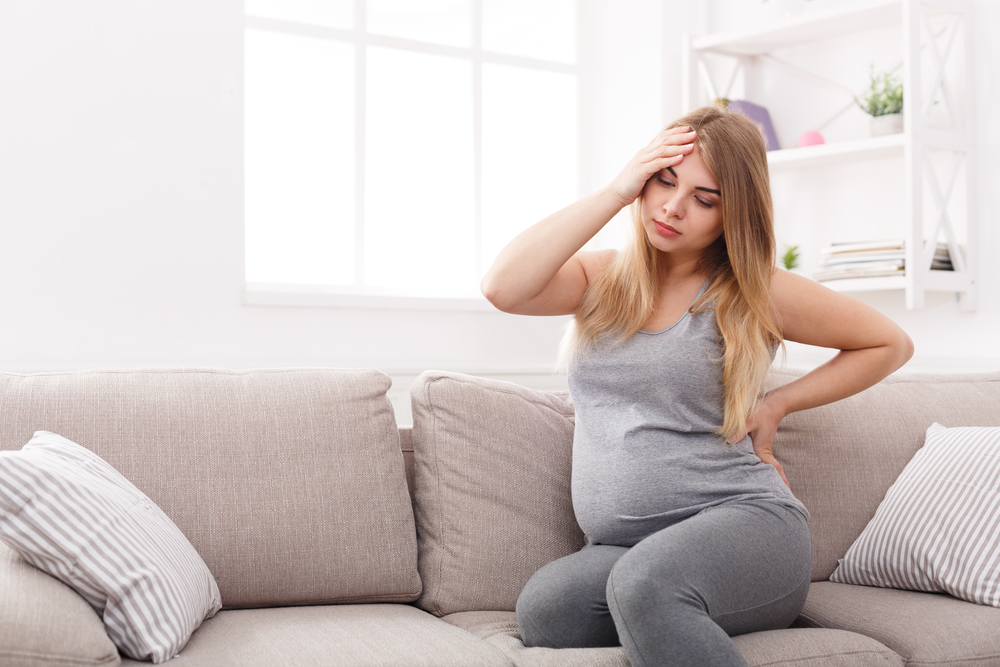