Multiple sclerosis, often known as simply MS, is a severe and often completely disabling, inflammatory disease of the central nervous system. While the cause of multiple sclerosis is still unknown to this day, and it symptoms and the level of its severity can widely differ from one patient to the next. With patients suffering from MS, the immune system seems to work away at the coverings of nerves, mostly in the brain and the spinal cord, making it difficult or sometimes impossible for the nervous system to communicate, which can lead to the loss of control over certain parts of the body.

If your child begins to have problems with vision, it could be an early sign of MS. These problems may consist of blurry vision, rapid eye movements that often can’t be controlled and pain in either or both eyes when in motion. With multiple sclerosis, the optic nerve can be affected, meaning that the impulses sent from the eyes to the brain can become confused. Make an appointment immediately with your ophthalmologist to be sure that the root of this problem is not vision-related. If there are no vision problems found, make an appointment with a physician. 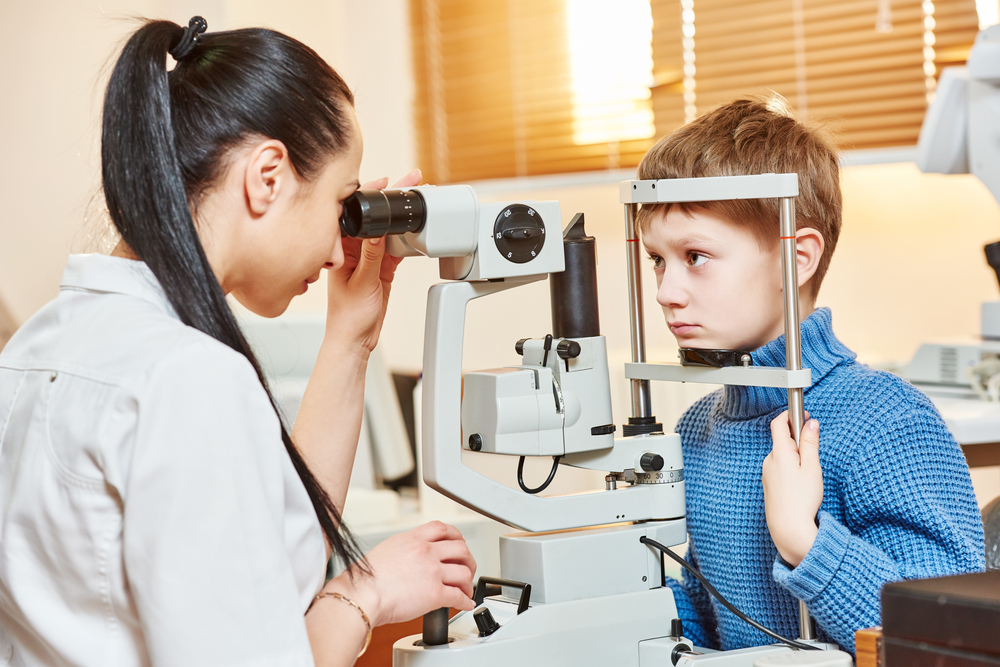 When the nerve signals are interrupted by the damage to their coverings that MS can cause, strange, quick changes in the body can occur, such as very abrupt hot flashes or a fast case of the chills. However, these changes in temperature typically do not occur throughout the entire body, but may just affect the hands or the feet. This is another symptom that may be difficult to notice initially, as that children often complain of being too hot or too cold, and usually removing a blanket or adding an extra one will do the trick. But if this seems to occur at regular intervals, then there could definitely be a more serious, underlying problem. 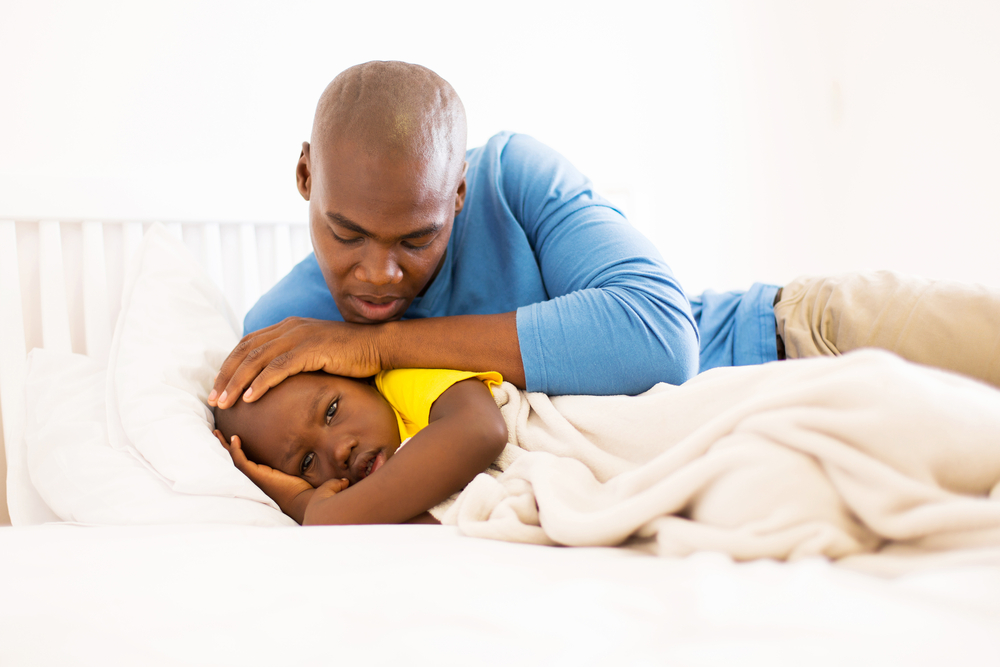 As that multiple sclerosis can interrupt the signals that run between the spinal cord and the brain, this could definitely affect a child’s balance. This imbalance may also lead to benign positional vertigo, which is an issue with the inner ear that leads to vertigo. This may lead to feelings of dizziness and a definite increase in overall balance. A person might feel extremely dizzy when going up and down steps or when standing on a curb. A child may also become overly clumsy for no apparent reason. If these symptoms occur, it is best to try to note their progression, consulting a doctor if they do not lessen over time. 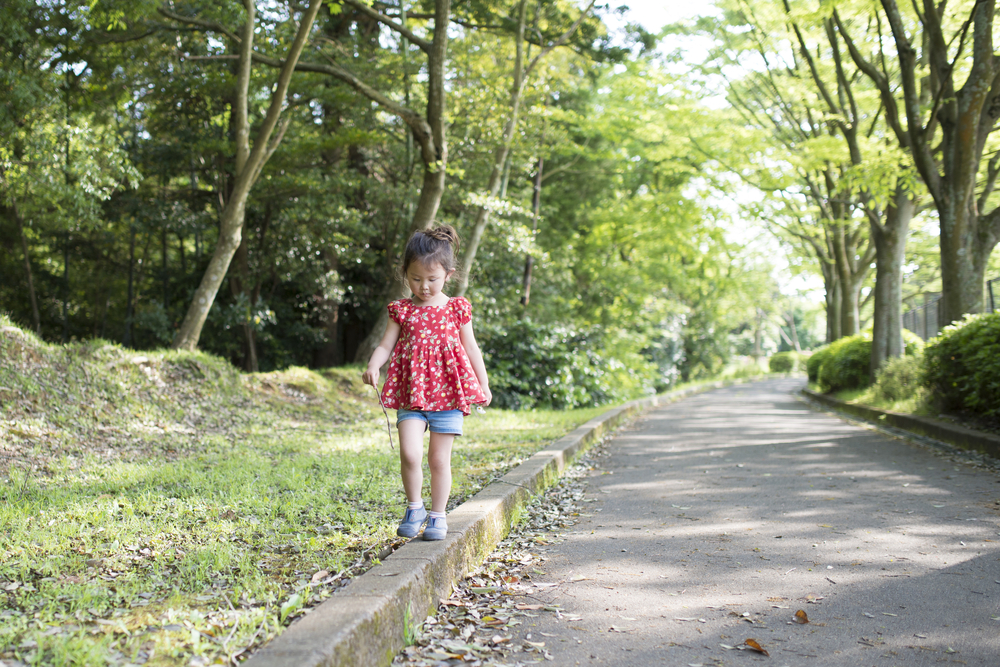 The feelings of pins and needles or other tingling sensations, especially in the arms and the legs, is one of the earliest signs of multiple sclerosis. However, it is yet another symptom that many people may miss in their children, as that it is a rather difficult feeling for a child to express into words. Also, as that it may not begin very severely, it is also something that a child may easily brush off so that they can go about their play. Try to pay close attention to see if anything is causing the tingling, such as sleeping on an arm in an odd position, and if nothing can be found, make an appointment. 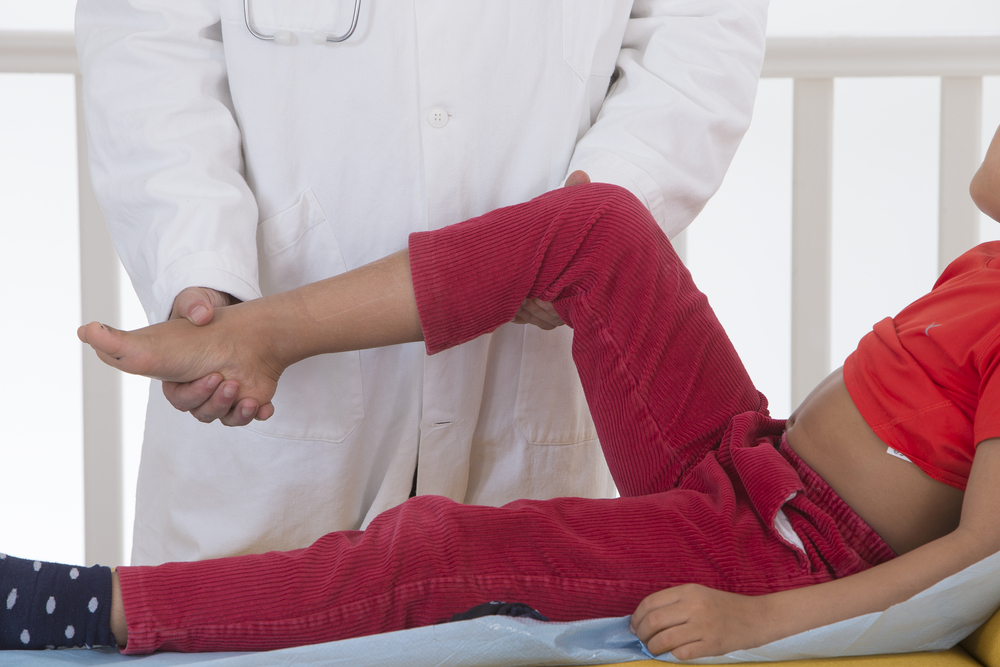 If your child begins to experience constipation, especially after having had a history of pretty regular bowel movements, then this may also be something to consider as yet another early symptom of multiple sclerosis. Of course, having a constipated child is not an immediate reason to automatically jump straight to thoughts of MS, but coupled with multiple other symptoms, it may be a case for concern, along with experience of very long and labored bowel movements. Weight gain and a feeling of being bloated could also be similar symptoms that are related to constipation and perhaps connected to multiple sclerosis. 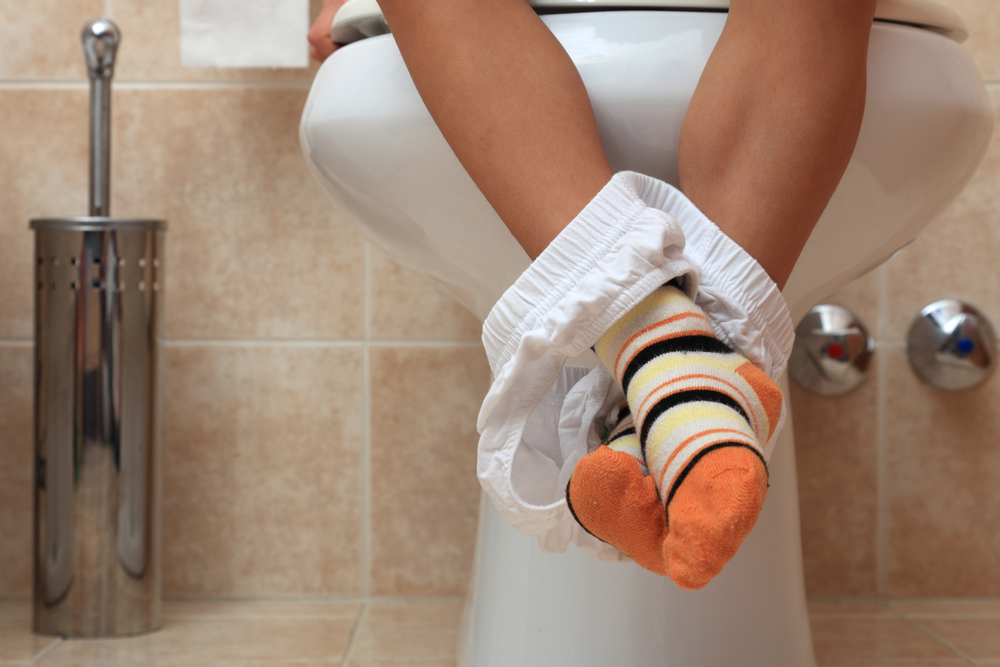 MS can affect the muscles of the body in a multitude of ways, differing greatly from one patient to the next. A trembling or a spasm in the hands can be an early symptom of multiple sclerosis. If your child has never had a problem with buttoning up shirts or zipping zippers and suddenly begins to struggle with these normal, daily functions, then a visit to a physician might be in order, especially if this awkwardness seems to continue beyond a week or two. The hands and the fingers may begin to actually shake or tremble, causing great instability, which could lead to accidents or injuries, if left unchecked. 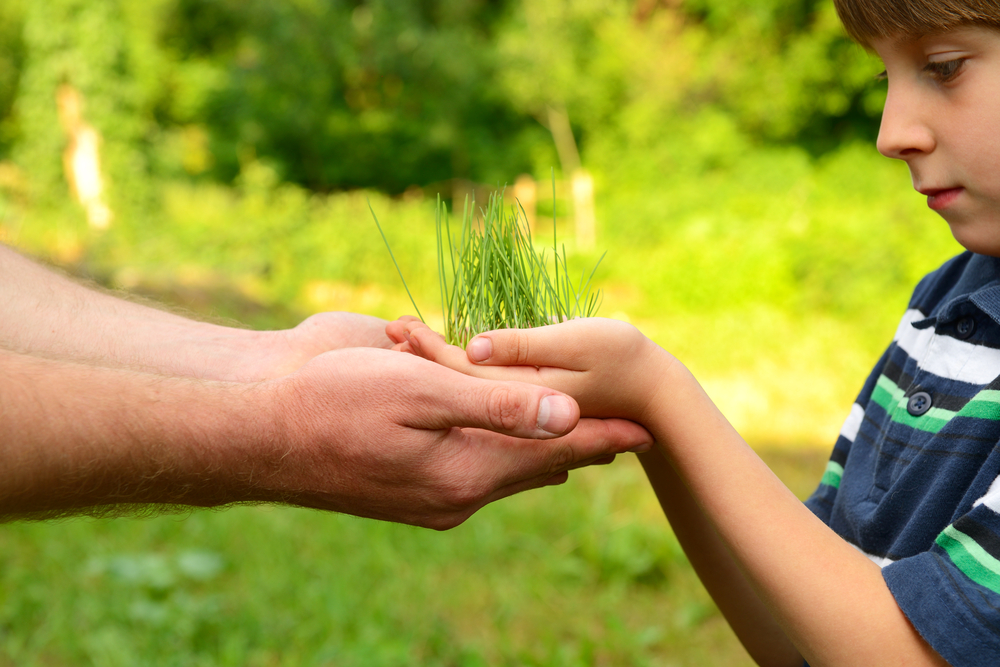 Becoming somewhat impaired cognitively is another warning sign of MS, and this is also a very difficult symptom to notice. If your child keeps forgetting to pick up the toys that are littered down the hallway, you may think that this is intentional forgetfulness, and hopefully you are correct. It also isn’t uncommon for kids to flat out forget things. Their little minds are going about a million miles a minute, so they may forget something that you said just five minutes beforehand. However, if this becomes the norm, especially with a child who usually remembers everything, this could be yet another supporting symptom of MS. 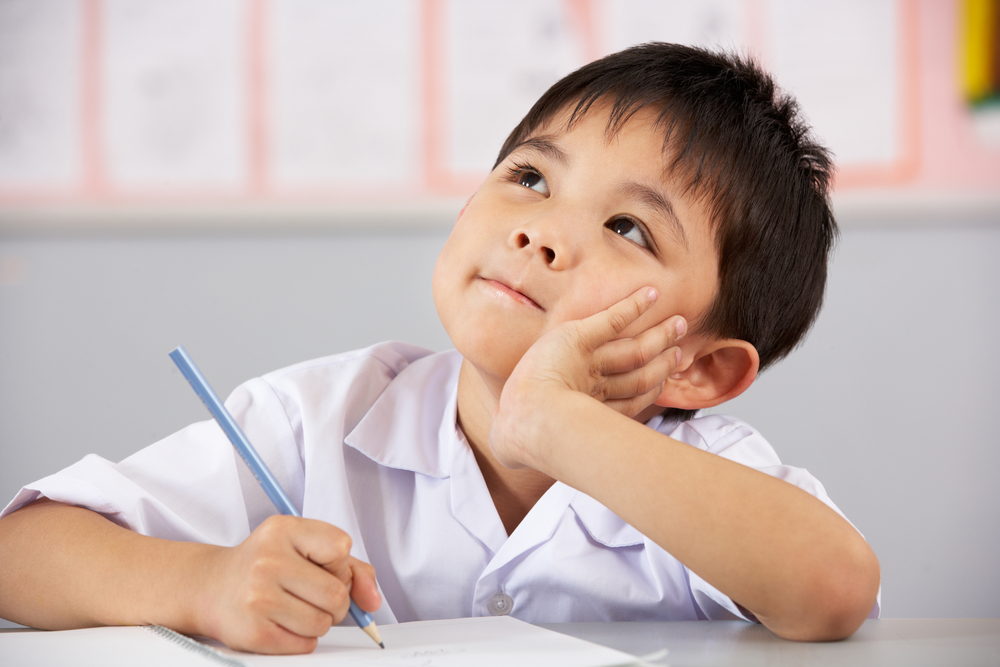 Your child being unexpectedly tired could be another reason to begin to consider that there could be an underlying cause. Of course, kids can be tired and even have days where they seem to laze about the house. However, this typically alerts parents that they could be coming down with something or that they should be getting to bed sooner on school nights. If this lethargic behavior persists and there doesn’t seem to be a very good reason for it, then a doctor’s appointment should be made to check things out. As with a few of the other symptoms, alone, this may not be a cause for alarm, but when it is just one of a string of many symptoms, it could be related to MS. 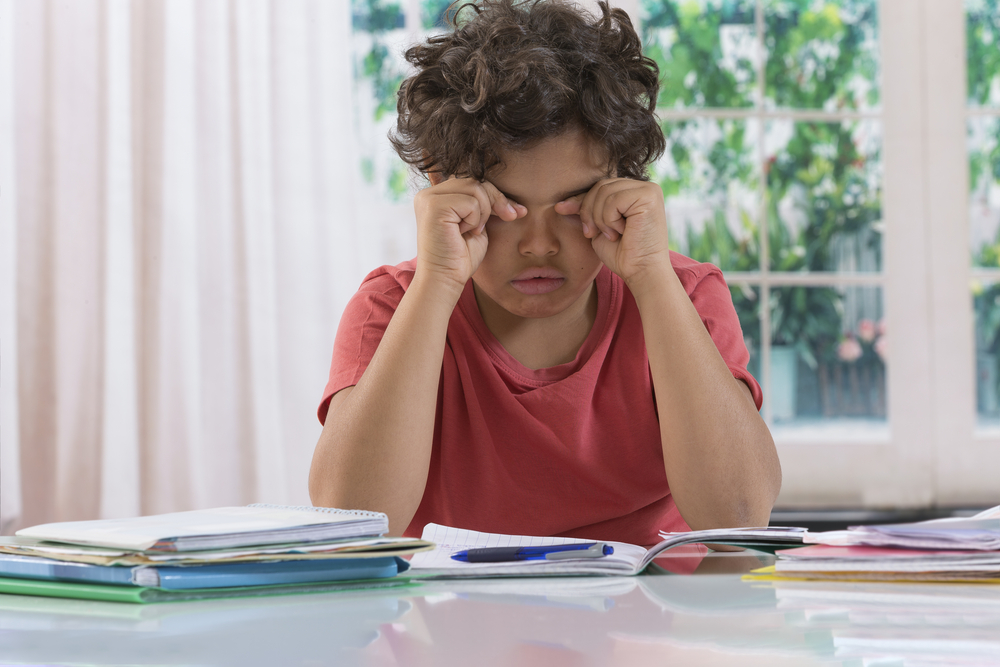 Weakness in an Arm or Leg

If your child begins to experience signs of having a weakness in an arm or a leg, this could be an early warning sign of multiple sclerosis. When the nerve impulses are not being sent properly throughout the body, weaknesses can occur. If a child seems to start favoring a particular arm or leg, or if you notice that, when pressure is applied, that limb may seem to “give out”, this may be cause for concern. First, make sure that there could be no underlying causes, like a new exercise in P.E. that could be causing temporary muscle discomfort, or if a child may have just learned to ride a bike and is experiencing using certain muscles in different ways. If there is no reason behind the weakness, be sure to consult with a physician. 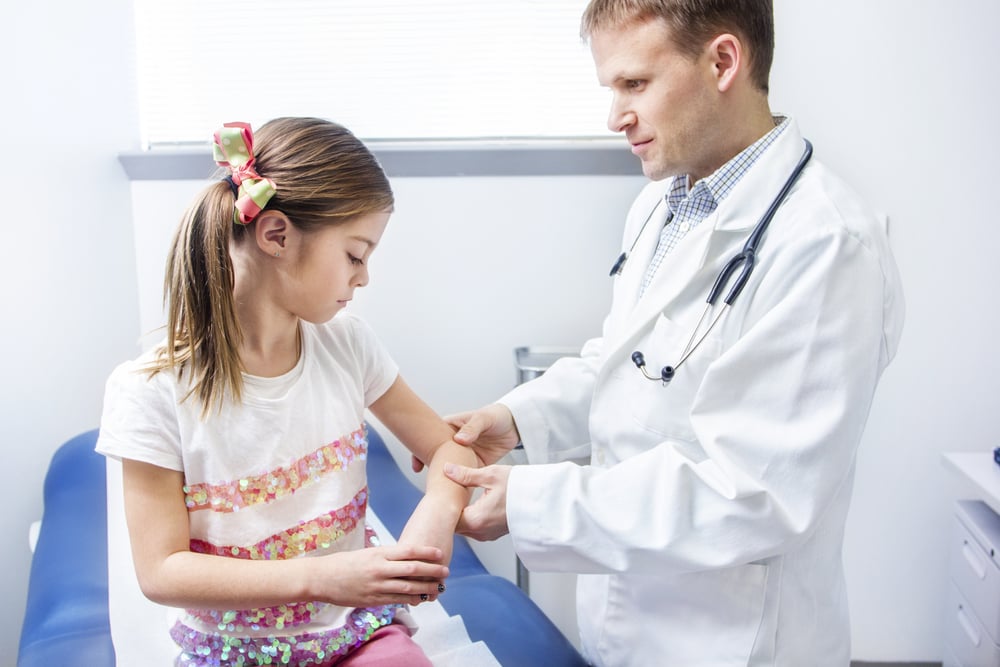 Having dysfunction within the bladder is something that most people with multiple sclerosis do experience sometime throughout the course of the disease, so it is a very common early warning signal. In fact, over 80% of people with MS eventually experience bladder problems. Yet again, this may be a very difficult symptom to understand, because, especially if a child is young, sometimes accidents can occur. However, if your child has never had an issue with urinary incontinence, and then all of a sudden has frequent urges to go or can’t hold their urine for short amounts of time, then there could be a serious reason behind this. 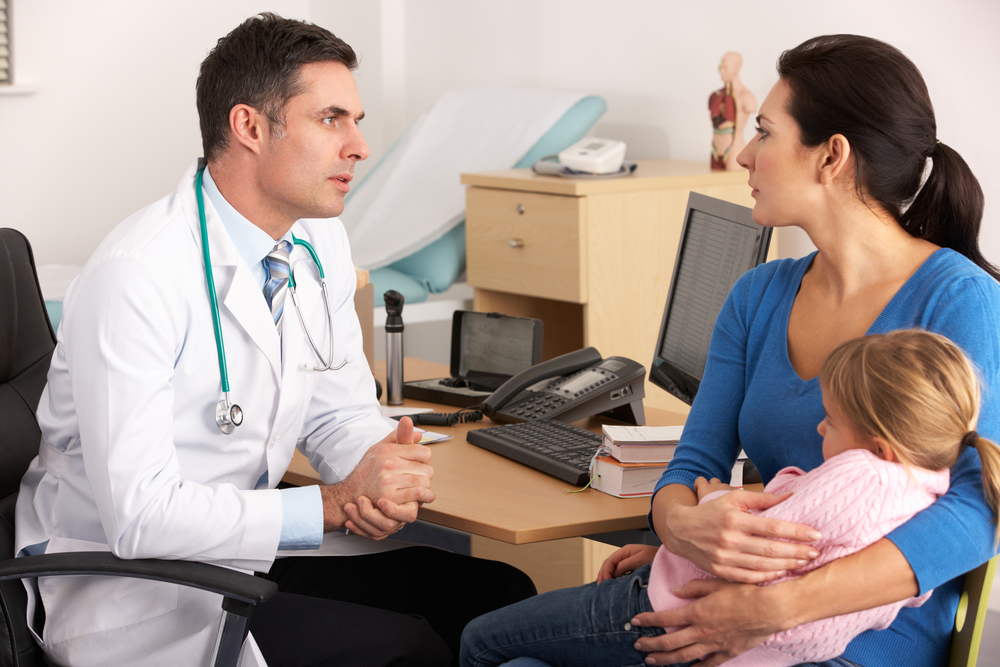