Hoarding As a Mental Health Disorder

There are significant differences between collecting and hoarding. Collectors seek out specific items that they methodically organize and display. Hoarding occurs when an individual's collections consist of relatively worthless objects or possessions, which they seem unable to discard. Their living or workspace becomes so cluttered that it results in unsafe conditions. Messy or disorganized behavior is not necessarily a symptom of hoarding, but mental health professionals estimate that between two and six percent of the population has a chronic hoarding disorder.

Most households have some amount of clutter, often because of busy schedules. People usually clean up untidy areas eventually and toss out things they don't need. The main difference between clutter and hoarding is that clutter doesn't build up due to an individual's inability to part with the items. A person with a hoarding disorder feels a strong attachment to even generic belongings, bestowing sentimental value on them or finding security in their presence. 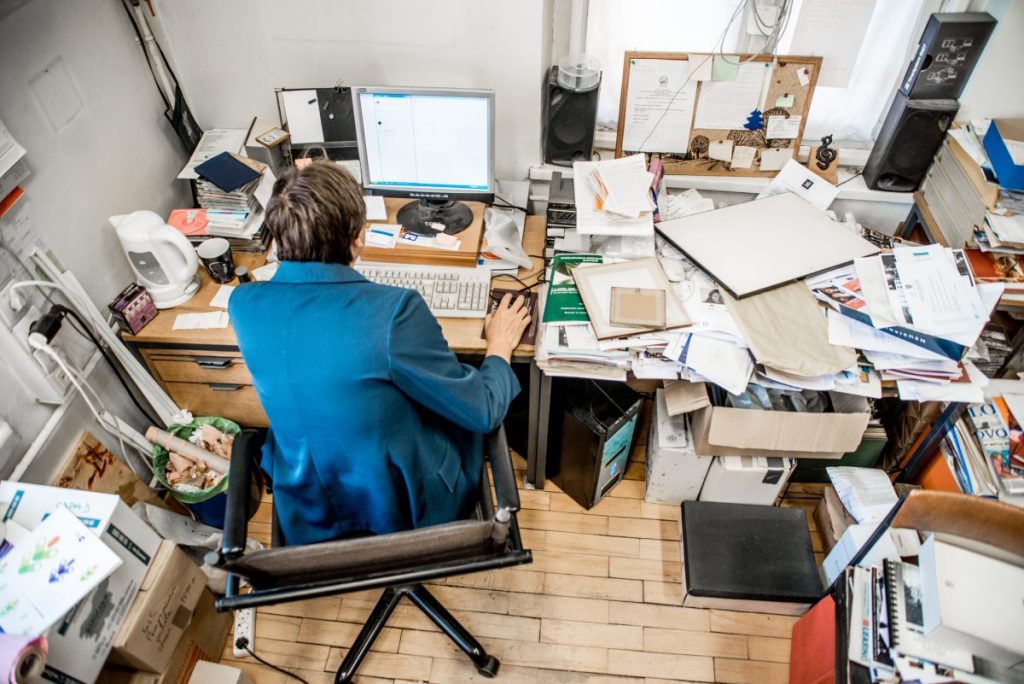