How is Lymphoma Diagnosed?

The lymphatic system, made up of lymph nodes, lymphatic vessels, and lymphatic organs, helps the body fight disease and infection. Because it plays such an important role in health, cancer of this system can be quite serious. There are two varieties of lymphoma: Hodgkin Lymphoma and Non-Hodgkin. Hodgkin lymphoma used to be called Hodgkin's Disease. A doctor arrives at a lymphoma diagnosis in a number of ways.

The doctor will request a detailed medical history from their patient and flag any symptoms of lymphoma, such as weight loss, night sweats or sweating profusely, unexplained fever, and fatigue. They will specifically want to know if the patient has experienced anything unusual, such as a cough that won't go away or pain or swelling under the jaw, in the armpits, or near the groin. However, many conditions can cause these symptoms, so further examination is necessary. 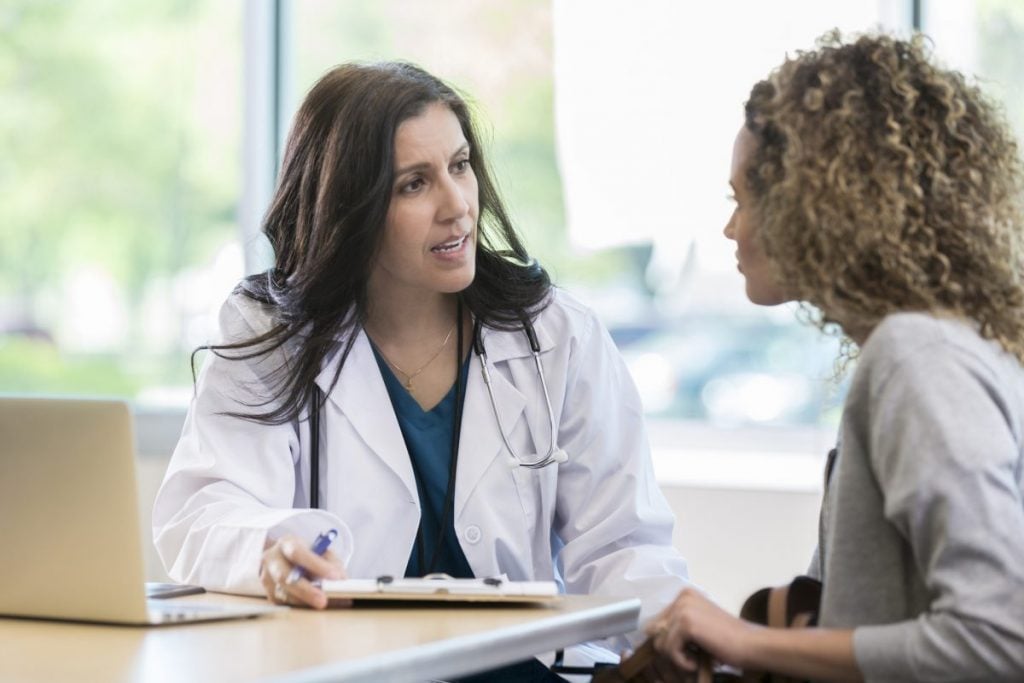 The doctor will perform a complete medical exam, both palpating areas to identify any regions that are tender or swollen, and requesting blood work. A person with non-Hodgkin lymphoma can present with an enlarged liver or spleen, and possibly enlarged lymph nodes in the groin, abdomen, neck, or armpit.

If the doctor believes the patient has Hodgkin lymphoma, they may take a biopsy of an affected lymph node within the chest, abdomen, stomach, or intestine. Some of these biopsies are minor, but others require surgery and ultrasound or CT scans to guide the needle. A pathologist will evaluate the tissue sample and determine whether the cells are cancerous. 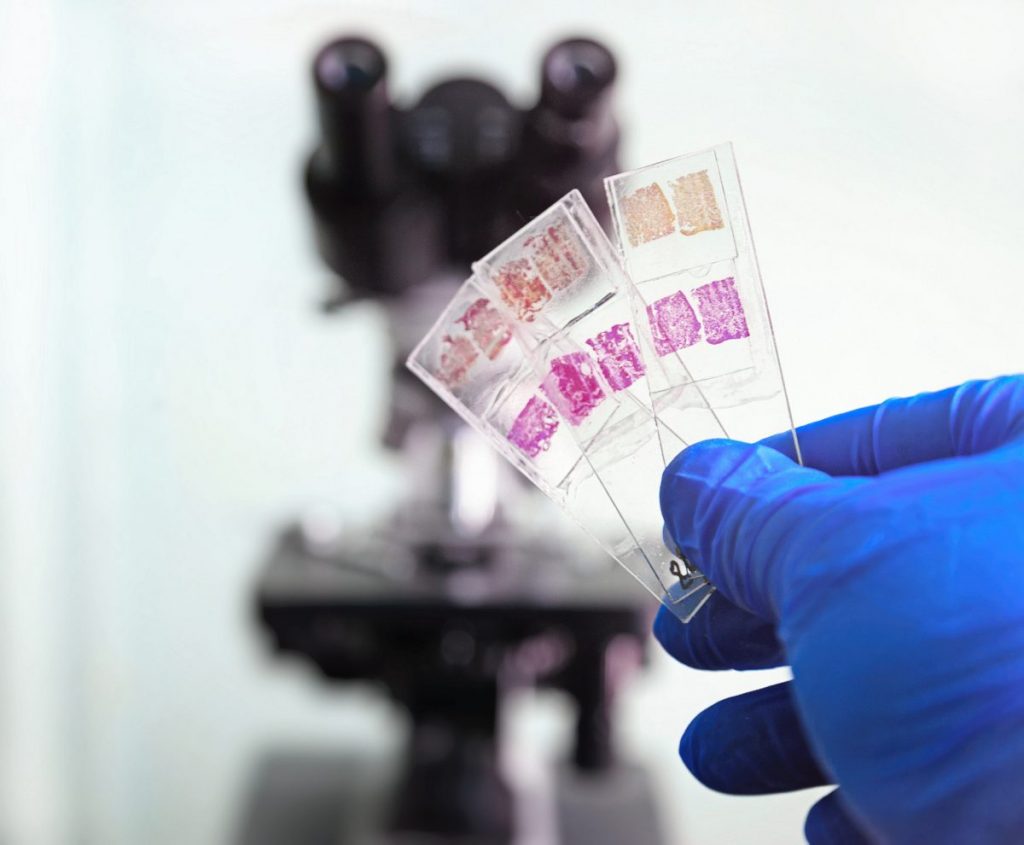 The doctor may schedule a computed tomography (CT or CAT) scan, which uses x-rays to provide medical professionals with a three-dimensional picture of lymph nodes or other areas where there might be tumors or irregularities. It can also give the doctor an idea of how far the lymphoma has spread throughout the body. 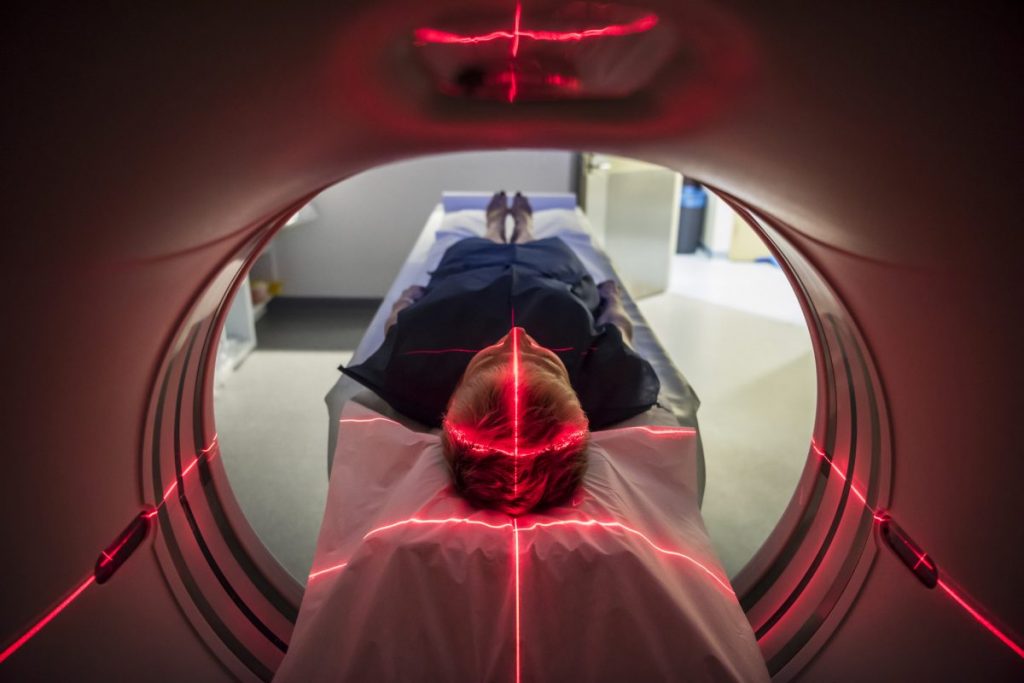 Magnetic resonance imaging (MRI) is imaging technology that uses magnetic fields rather than x-rays to construct the image. Like CT imaging, the scan from an MRI offers a three-dimensional picture of the problematic area and allows the doctor to determine if and how much the cancer has spread. 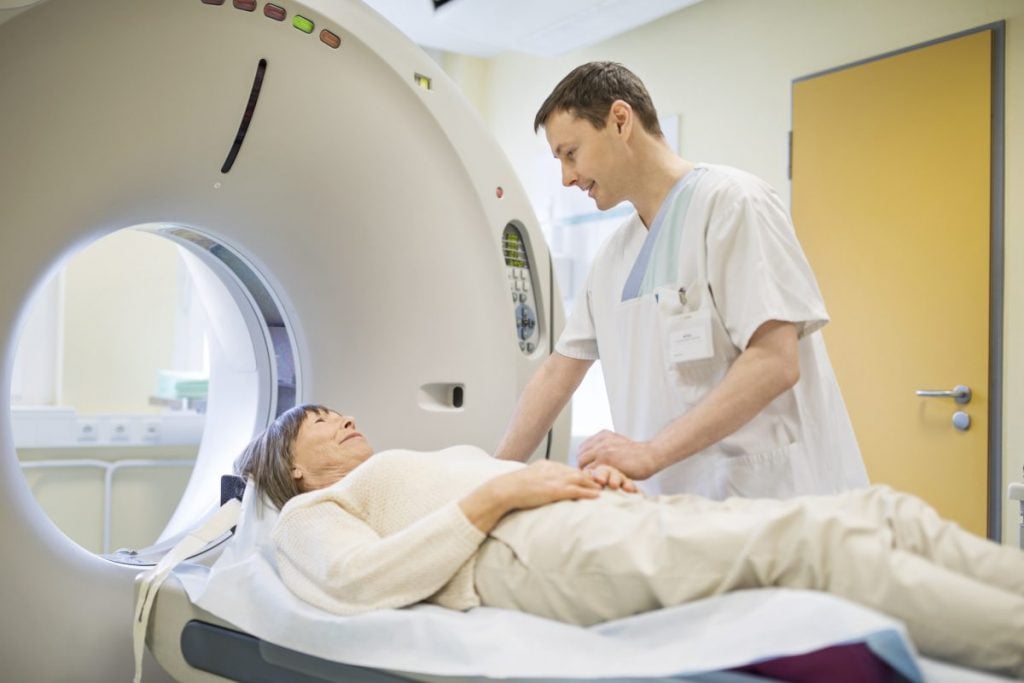 Positron emission tomography (PET) scans are often used in conjunction with CT scans to produce PET-CT scans. These scans let medical professionals look at accurate pictures of tissues and organs they couldn't otherwise visualize. They are generally considered more accurate than other means to determine the stage of the cancer. 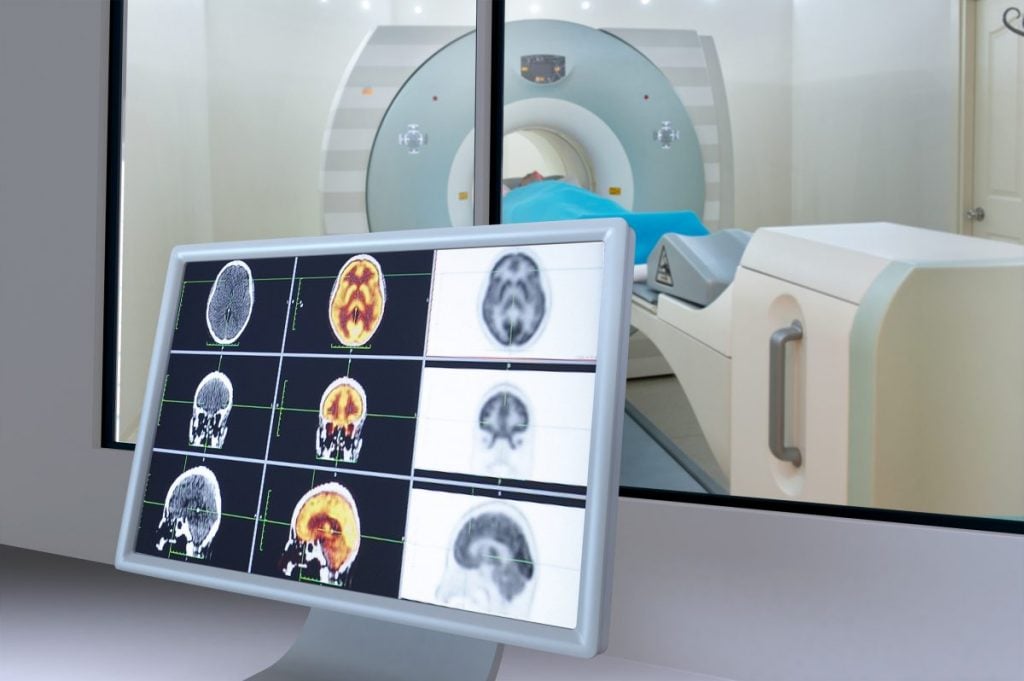 Sometimes lymphoma enters the bone marrow. When this happens, the doctor may perform a bone marrow biopsy and aspiration. The biopsy takes a piece of spongy material from the bone, and the aspiration takes some of the fluid from it as well. Though more painful than other types of biopsy, this is an important if the doctor is worried the lymphoma has spread to the bones. 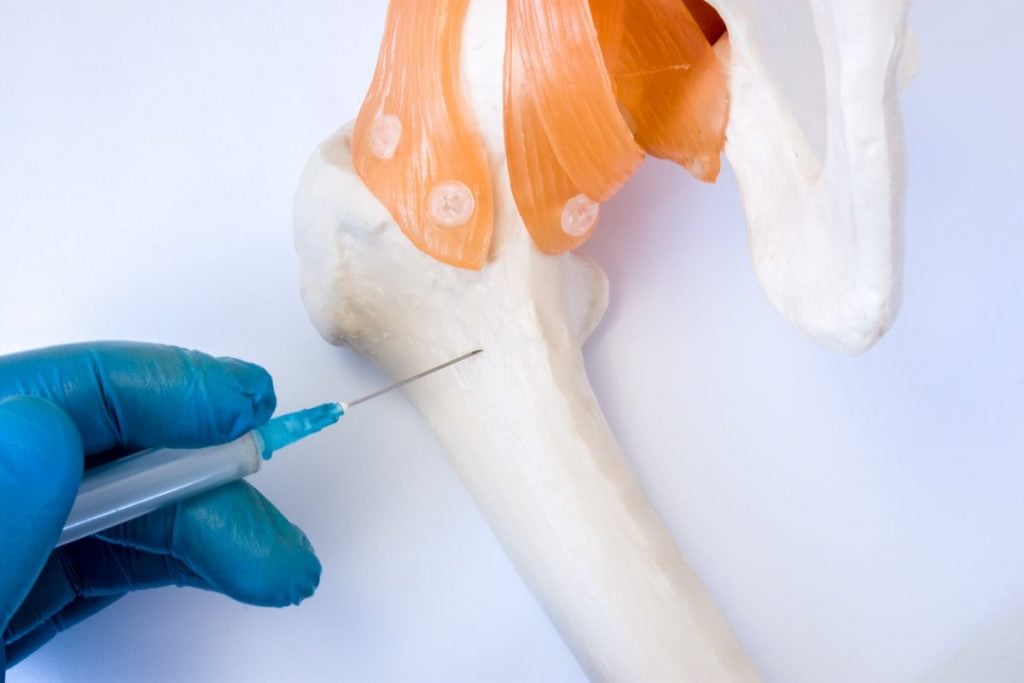 The Differences Between Hodgkin and Non-Hodgkin

The main difference between these two forms of lymphatic cancer is the type of lymphocyte that is affected. A diagnosis of Hodgkin lymphoma means a doctor found Reed-Sternberg cells. In non-Hodgkin lymphoma, these cells are not found under the microscope. 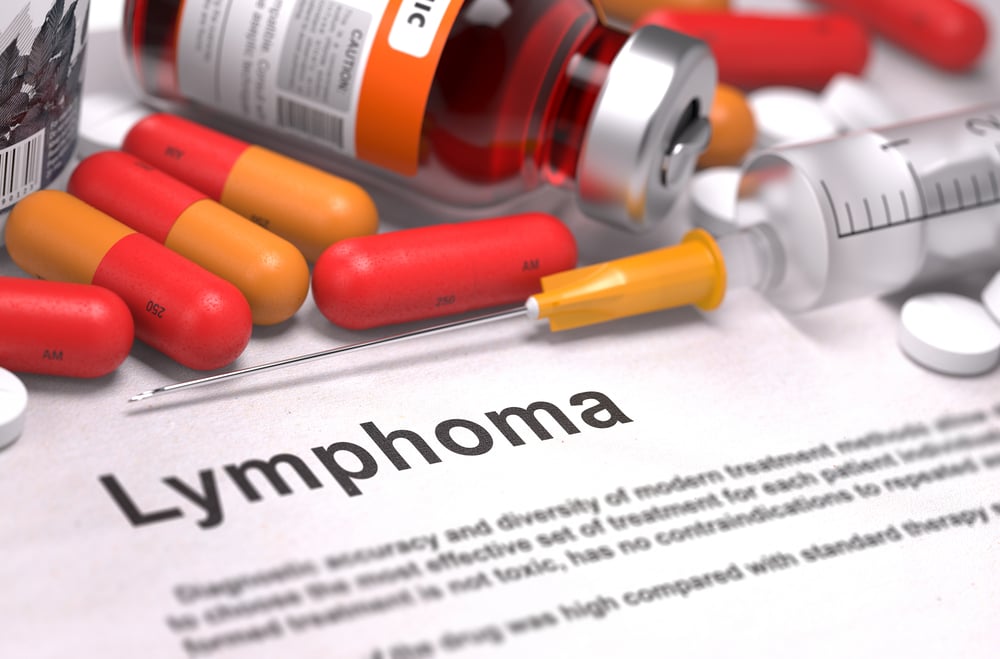 Once the doctor has all the information necessary, they can determine whether the patient has Hodgkin or Non-Hodgkin lymphoma. The doctor will next determine which stage the cancer is currently in. Both types have four sub-stages. Stage I describes only a single infected lymph node or a single part of one organ. In stage II, the cancer has spread from a lymph node to an organ or is in two or more lymph node areas. Stage III describes cancer in nodes on both sides of the diaphragm, or both above the diaphragm and the spleen. Stage VI is the most serious stage, indicating the cancer has spread to an organ (or more) beyond the lymphatic system, such as the liver or lungs. 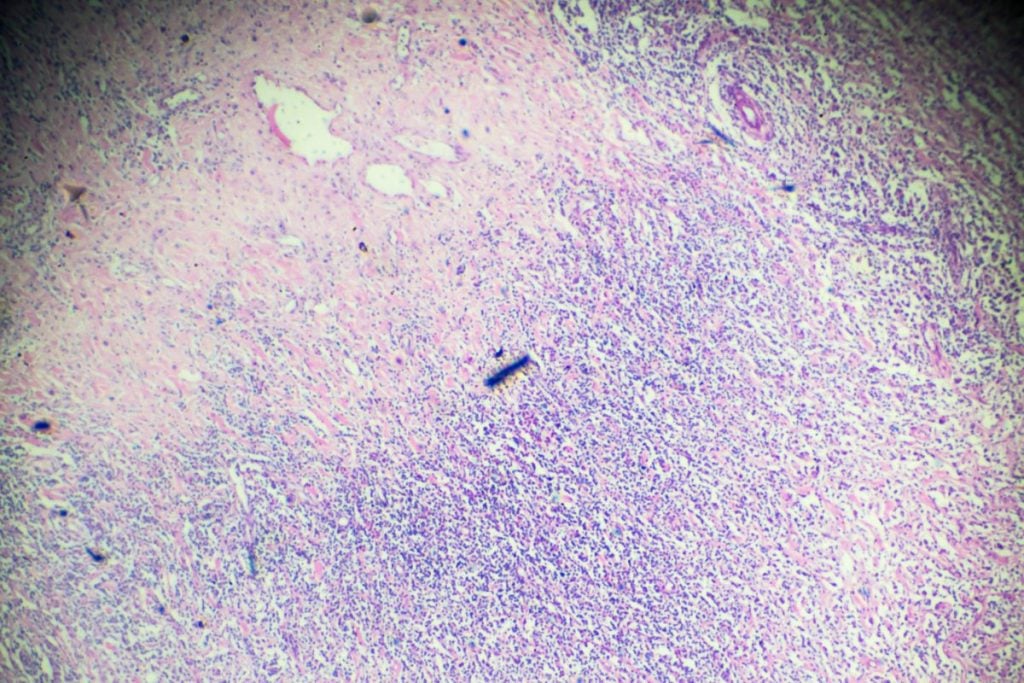 Other Stages of Lymphoma 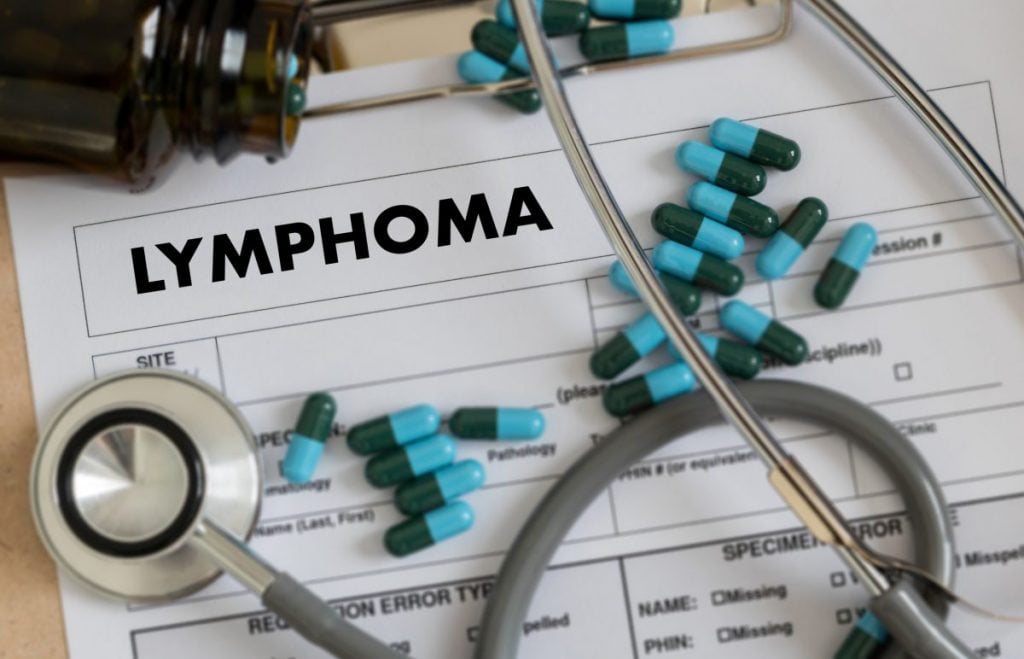