Tinea cruris is more commonly called crotch itch, crotch rot, gym itch, jock itch, or jock rot. It is a fungal infection that affects the skin of the genitals, inner thighs, and buttocks. Tinea Cruris is identified by an itchy, red, sometimes ring-shaped rash in the warm, moist areas of the body. Although it can be found in both sexes, it is much more common in males, and particularly in men with excess weight or obesity. Jock itch gets its name because it is common in people who sweat a lot such as athletes.

1. The Fungus Among Us

The first sign of tinea cruris is a reddened area of skin that spreads out from the crease in the groin, in a half-moon shape onto the upper thigh. A line of small, raised blisters, which often itch or burn, will be seen along the rash border. The skin will turn flaky or scaly, and the rash may ooze. Tinea cruris is triggered by a fungus that spreads from person to person via physical contact or the shared use of contaminated towels, wash clothes, or clothing. It is the same fungus that causes in athlete's foot, so it often spreads from the feet to the groin due, transferred by the hands or a towel. 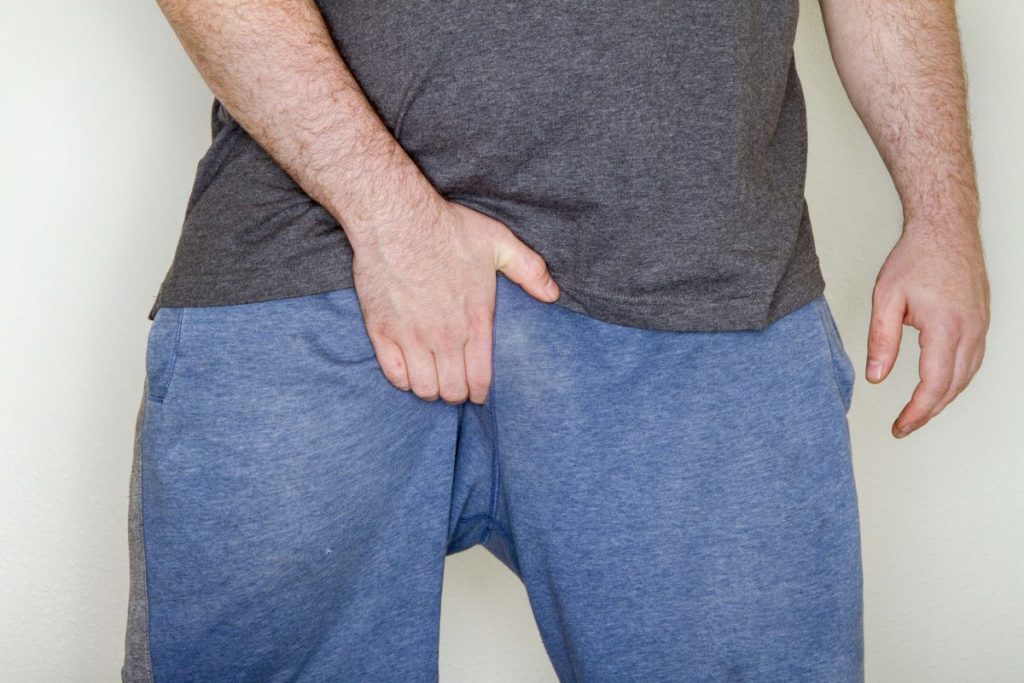