90% of lung cancers are directly correlated with tobacco use. Smoking causes cancer of the lung because it directly damages the cells that line it. When exposed to cigarette smoke, lung cells can become abnormal and eventually can become cancerous. The more you smoke, the more damage you create, and the higher the risk is of developing lung cancer. Estimates are that one out of every seven people who smoke two or more packs of cigarettes per day will die of lung cancer. 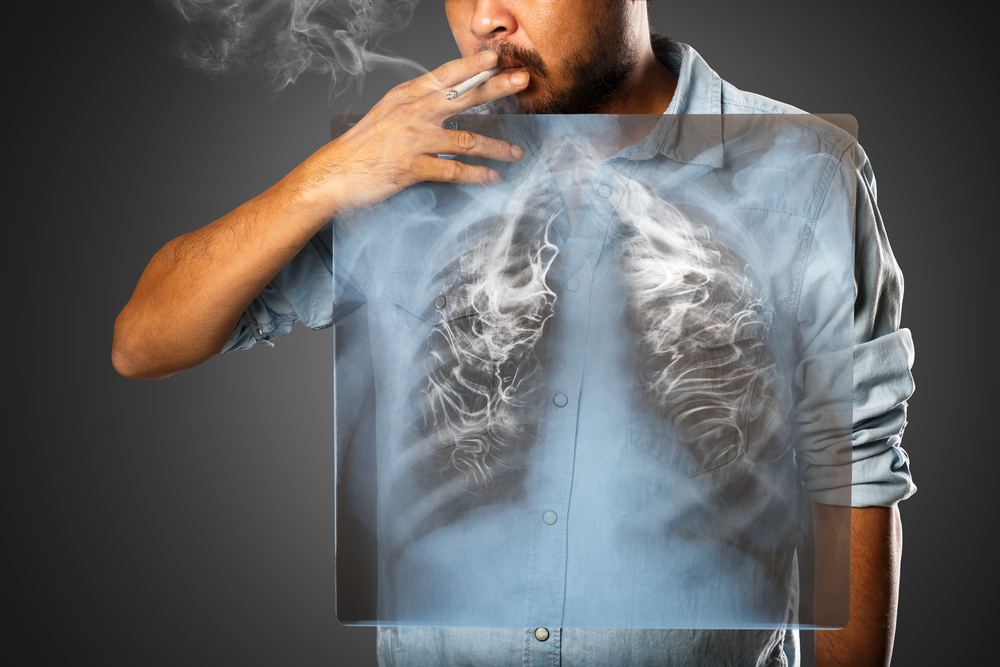 A different form of smoke inhalation is from pipe and cigar smoking, which can also lead to lung cancer. Although smoking a pipe or cigar is less common than smoking cigarettes, as it is sometimes thought of like an old-fashioned past time, it has recently come back into fashion in some circles. However, pipe and cigar smoking can be just as dangerous as smoking cigarettes, and one cigar contains around ½ an ounce of tobacco. Even if you are exclusively smoking pipes and cigars, the risk of developing lung cancer is estimated to be 25 times greater than a non-smoker, especially if you inhale the smoke. 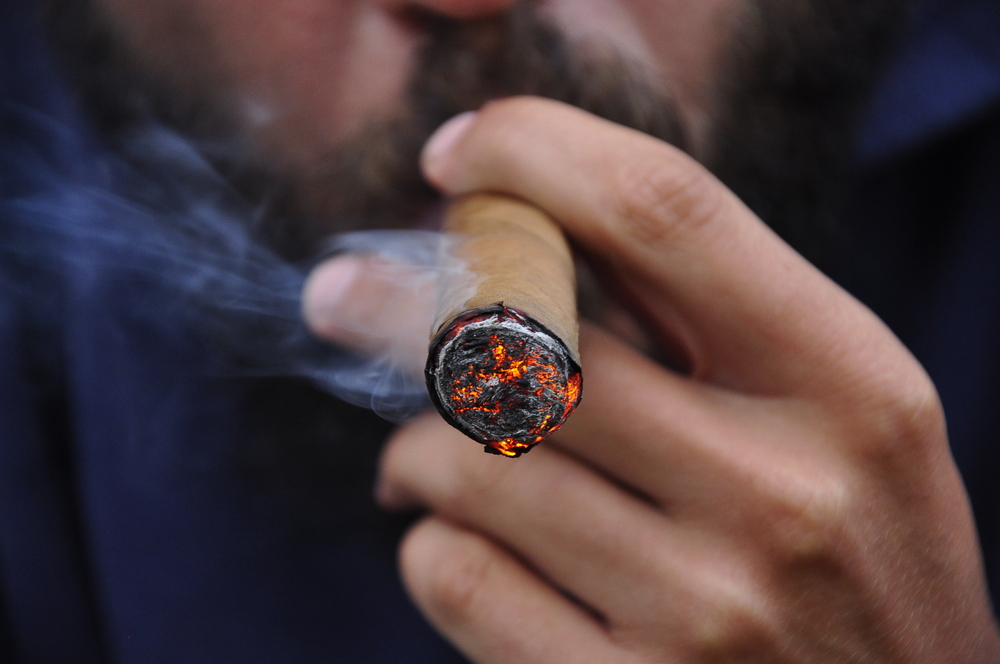 Passive smoking or second-hand smoking is a term used to describe the inhalation of smoke from other people smoking around you. Even if you are unaware of how much smoke is in your surroundings at work, at home, or socially, it is an established risk factor for the development of lung cancer. Non-smokers who live with smokers have a 35% increase in the risk of developing lung cancer. This risk is especially relevant to children who have parents that smoke in the house. Sometimes we are unable to control passive smoking, but society is changing in the way we perceive passive smoking with the banning of smoking in some establishments and public areas. 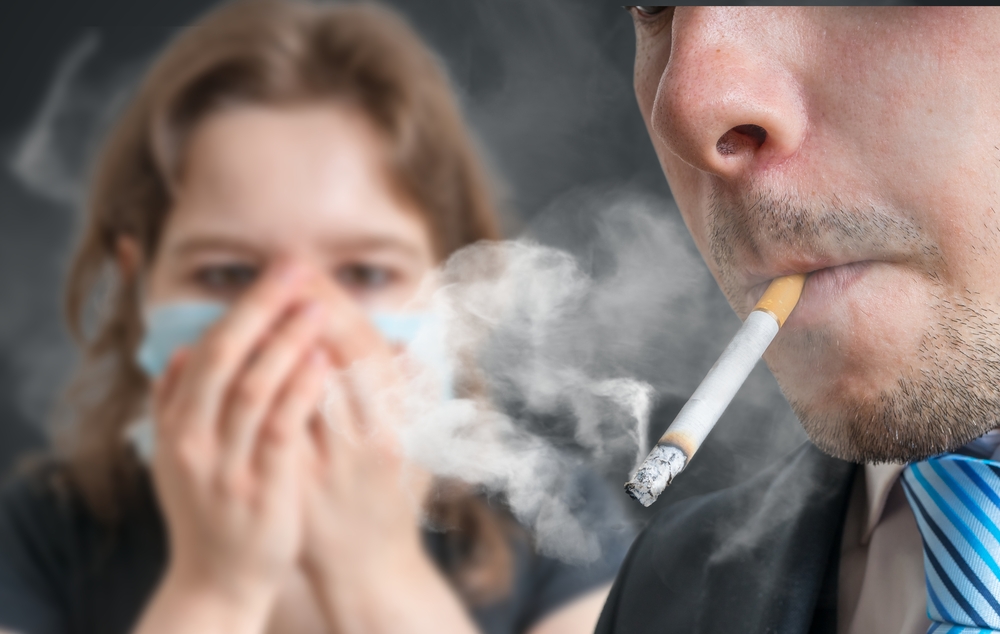 In the past, asbestos fibers were used in thermal heating and acoustic insulation methods, both in homes and in the workplaces. Since the discovery that the silicate fibers in asbestos can lead to a lifetime of lung damage and lung cancers, they have been banned in many countries around the world. Moreover, if you smoke cigarettes and are exposed to asbestos fibers, the risk of lung cancer developing is 50-90 times greater than if you are a non-smoker who was also exposed to asbestos. This suggests that asbestos and cigarette smoke can feed off each other to create cancer of the lungs. 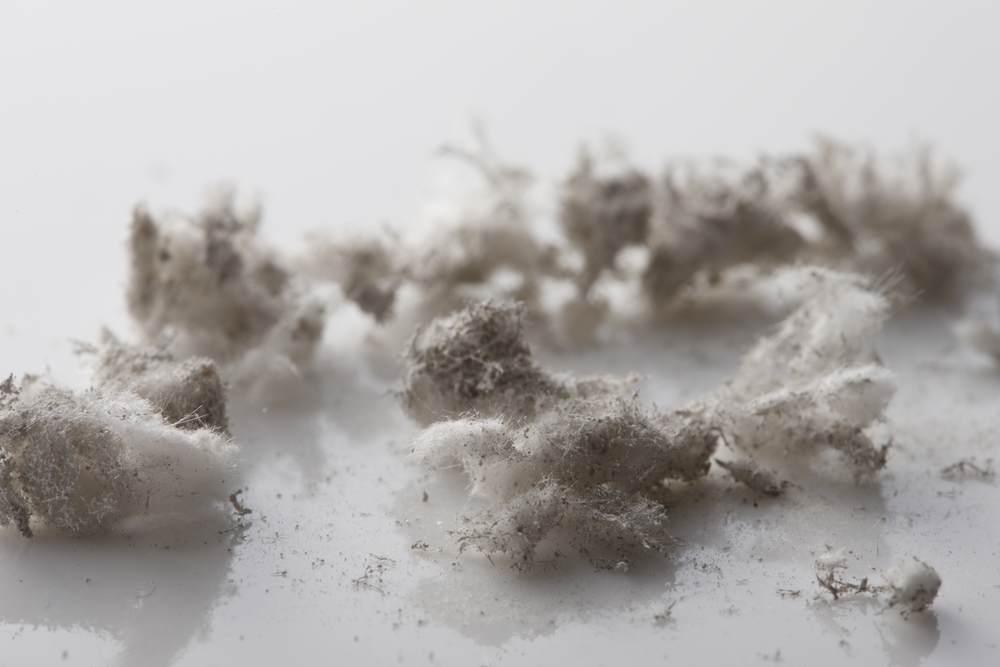 Radon gas comes from the natural decaying of earth's uranium. As it decays, it emits a form of ionizing radiation, which can make its way up through the soil and enter homes and other establishments through pipes and drains or gaps in the building foundations. This gas is odorless and invisible to the eye; however, it can be detected through simple testing. Around 12% of lung cancer deaths are caused by radon gas. No level of radon gas is safe, and once again, if you are a smoker, your risk of developing lung cancer is even higher. 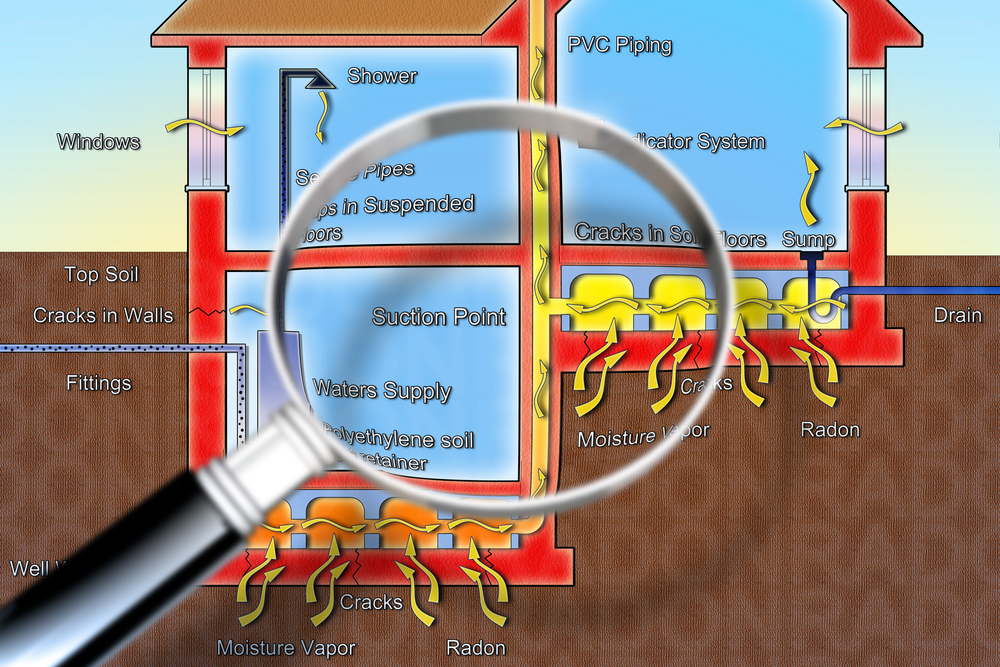 As with other diseases, sometimes it all comes down to genetics. Your body's genetic composition can predispose you to cancer, even if you are not highly exposed to cancer triggers, such as smoke and asbestos. Individual genetic traits may play a major role in the development of the disease. That is why it is important to know your family's health history and family tree. Studies have shown that lung cancer is more likely to develop in those who have had lung cancer in the family. Regular medical checks and ensuring that you are not exposed to the factors that enhance the development of lung cancer can help. 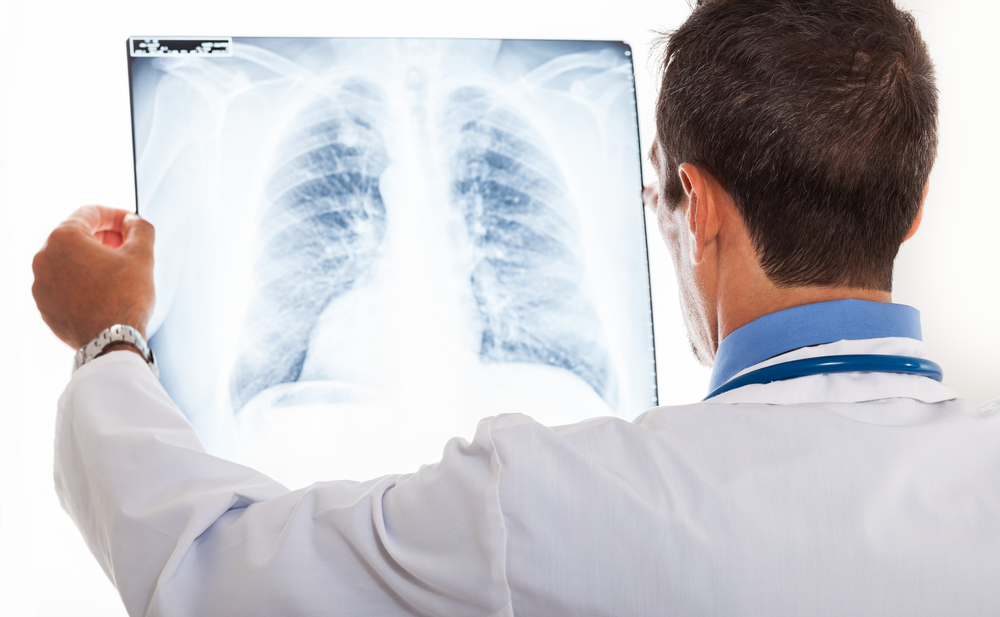 Lung disease, such as chronic obstructive pulmonary disease (COPD), can contribute to lung cancer, and COPD is often even a side effect of smoking. COPD is a long-term disease related to chronic bronchitis and emphysema that is characterized by the destruction of lung cells, and it can be mitigated with lifestyle changes and medication. However, if you suffer from COPD, you are four to six times more likely to develop lung cancer, even if you are not a smoker. Diagnosing COPD early is key. Symptoms include shortness of breath, trouble breathing, and a persistent chronic cough. 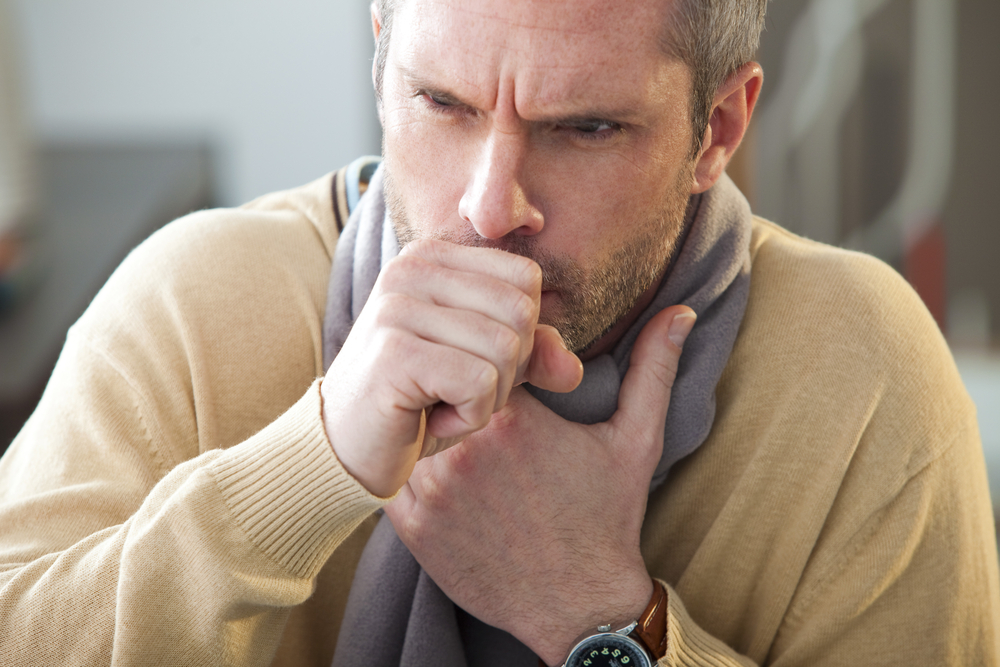 Air pollution as a cause of lung cancer seems to be an obvious risk factor. We all breathe oxygen, but when that oxygen is full of toxins, it damages our body, including the lungs. Pollution from industry and power plants, vehicles, and airborne chemicals can all be detrimental to the population's lung health. Lungs that have prolonged exposure to air pollution are similar to the exposure of a passive smoker. Studies show that up to 1% of deaths by lung cancer have come from air pollution. From looking at it, that might not seem very much, but it is unfortunate that just breathing air in our current world can lead to lung damage and possibly cancer. 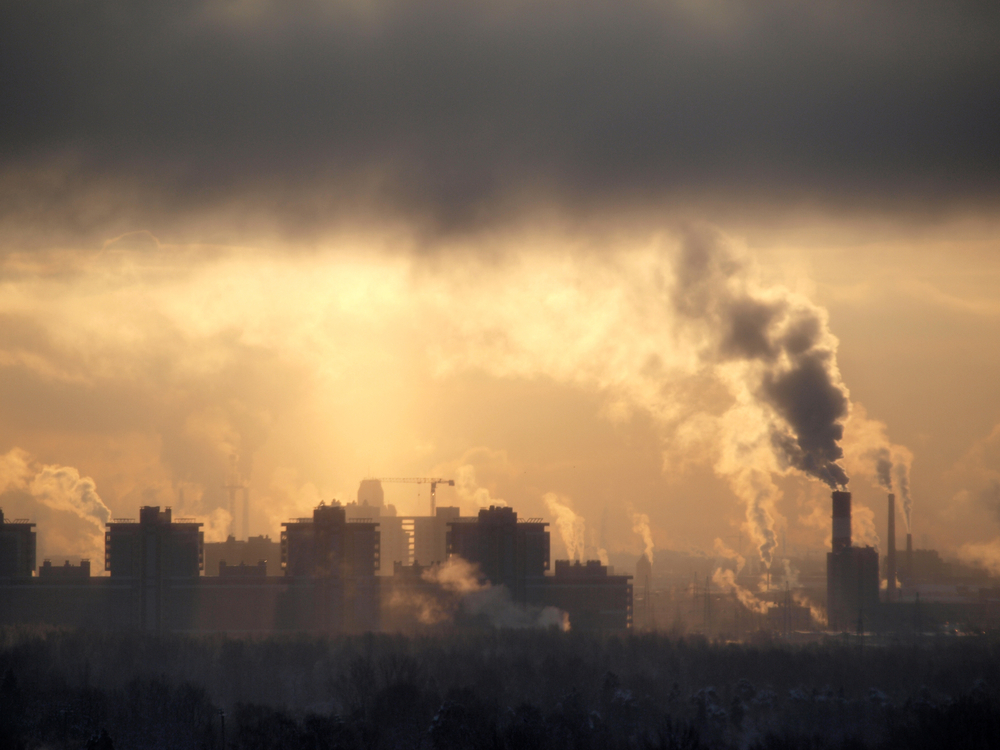 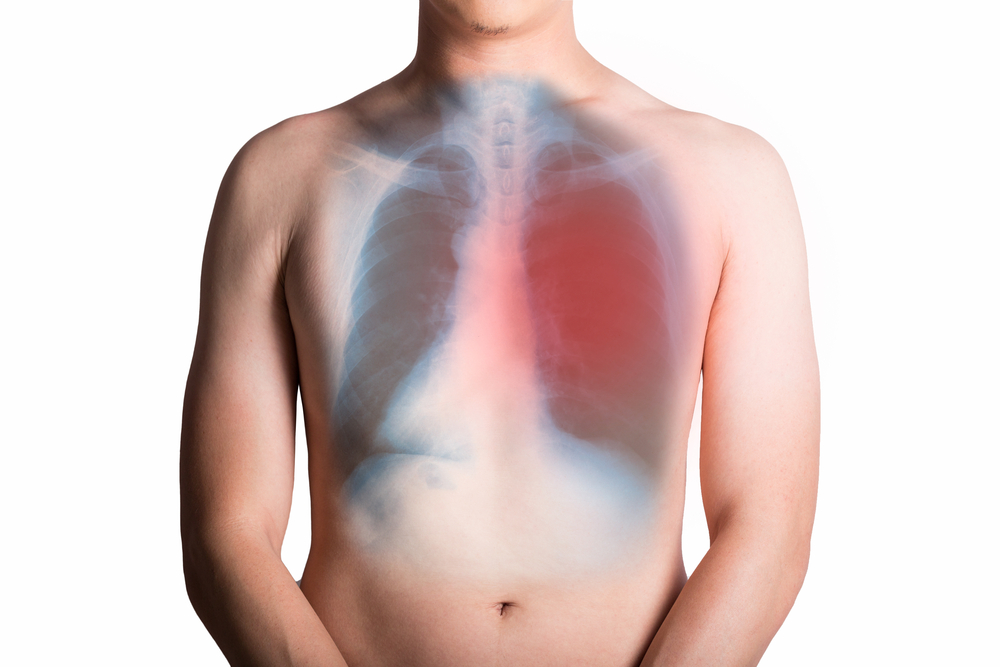 Elevated levels of arsenic have been proven to cause lung cancer. Arsenic is a natural element found in the earth, plants, and animals. These days it is used in pesticides, preservation chemicals, and in some glass manufacturing processes. It is a highly poisonous substance, and people are exposed to many forms. In some parts of the world, drinking water is the major natural contributor to arsenic exposure. Countries that have higher levels of arsenic in their water, such as Japan, Taiwan, Bangladesh, and western South America, (in the USA it is regulated), have a higher risk of developing lung and other types of cancer. 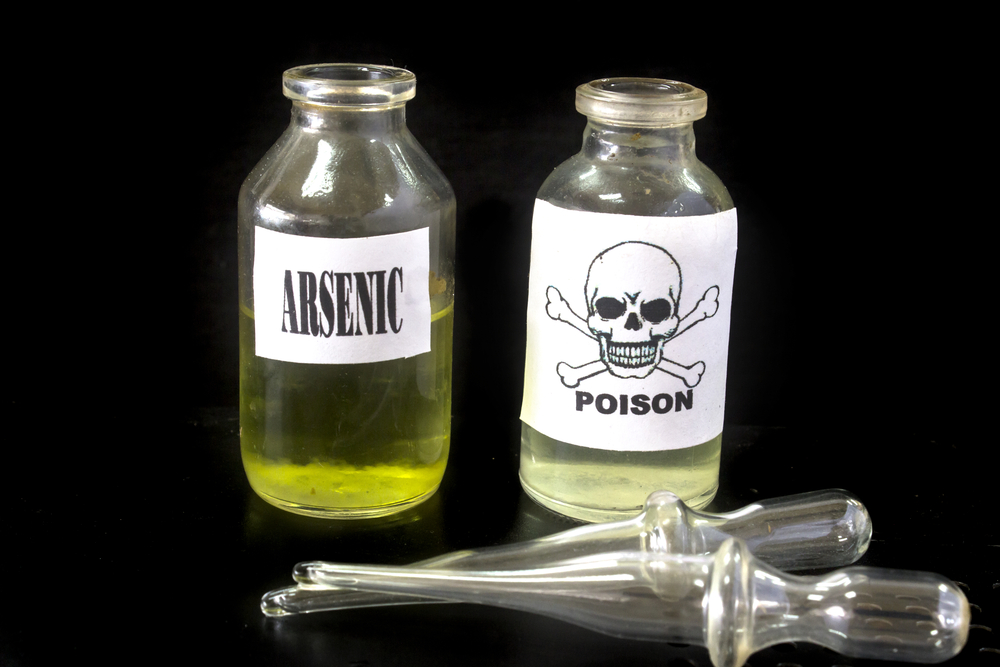