Clubbed fingers can occur without other illnesses but are usually symptoms of another disease — often of the lungs or heart — that causes chronically low blood oxygen levels. Other diseases, such as celiac disease, liver disease, late-stage kidney disease, and cystic fibrosis, can also lead to clubbed fingers. In a small number of cases, clubbed fingers are hereditary and are present at birth.

Clubbing causes the fingertips to become rounder than usual. Over several years, the fingers enlarge, and the nails curve downward and start to grow around the fingertips. The nails may resemble a spoon turned upside down because of the pronounced curving. If a disease is the cause of clubbed fingers, other symptoms usually develop, too, such as softening of the nails, a spongy or red nail bed, or nails that seem to "float." Clubbing usually affects the fingers of both hands. 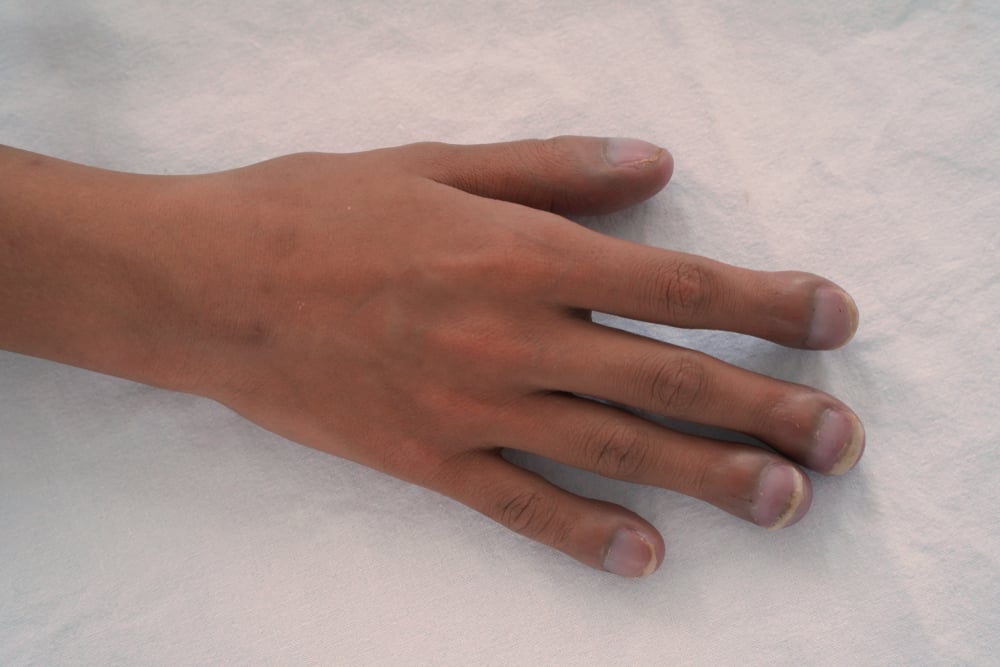