Doctors consider Cervical Spondylosis (CS), a deterioration of the spine, to be part of the regular aging process. It is a type of arthritis that appears in the spine in later years. Research reveals that over 90% of retirement-age people have some degree of the disease, but many of them do not have any symptoms of cervical spondylosis. In addition to age, research suggests that hereditary factors increase the risk of developing CS. The risks also increase after a serious sporting injury or traffic accident. Doctors identify this disease by examining the shape of the spine for abnormalities.

CS can be a "pain in the neck." Anyone who knows basic Latin recognizes that this term derives from "cervix," which is the Latin word for the neck. The level of pain in the neck or lower back varies between cases from slight to very severe. Sometimes the pain becomes aggravated when the neck is kept in the same position for a while, for example, while watching a film. However, a good rest normally brings a measure of relief. 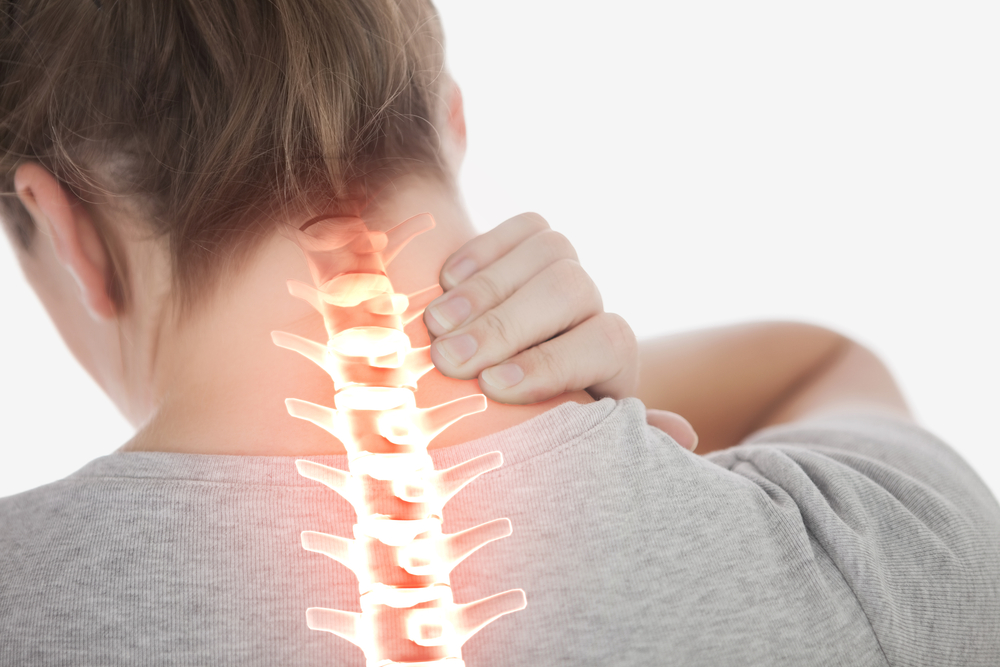