Doctors typically diagnose Attention Deficit Disorder and its close cousin Attention-Deficit/ Hyperactivity Disorder when children are around the age of seven. When undiagnosed or untreated over the course of months or years, ADD becomes progressive and affects the emotional and educational development of the child. There are several studies that indicate that ADD and ADHD are inherited conditions, versus attributed to environmental factors. Families with a history of Attention Deficit Disorder should watch their children carefully for signs of the condition. Early intervention by a specialist can help the child form new habits and coping skills to limit the effect ADD has on their schooling and peer interaction. Children that are affected by this illness experience various difficulties with anything that requires focus since the disease simply makes them unable to maintain a long attention span. The inability to perform these actions can result in numerous problems during the schooling period.

An ADD or ADHD diagnosis requires several symptoms, including inattention. For many children, regardless of their diagnosis, paying attention to something that doesn't interest them or having to remain still and focused for long periods of time is a difficult task. Things making careless mistakes, missing details, and not giving much thought to school work are some of the things for which to watch. In fact, part of the ADD diagnosis is a journal of instances where the child has demonstrated these behaviors. Difficulty organizing tasks or activities can also signal Attention Deficit Disorder. As well, people with ADD can have an apparent lack of focus when addressed directly, and an inability to break down large projects into manageable chunks. For a child with ADD, not paying attention is simply the most obvious sign. 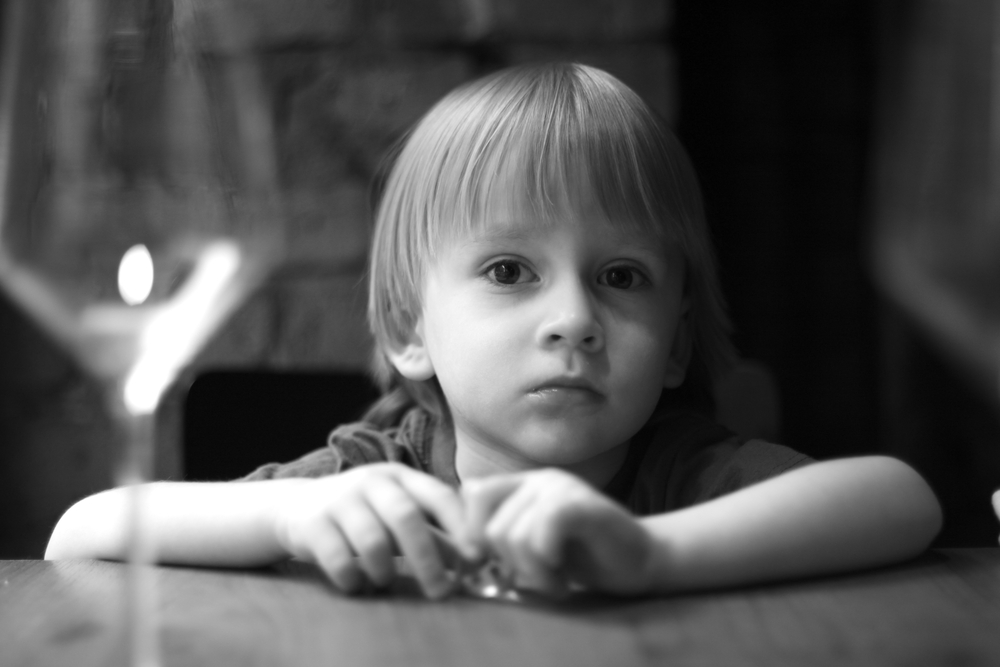 Hyperactivity, or constant fidgeting, is one of the other things that make the ADD child have difficulty focusing. A. child with ADD or ADHD may seem to always be in motion. They might tap their fingers, jiggle their feet, or squirm in their seats. Often, this type of behavior is distracting in a school setting. Children with ADD may benefit from sitting off to the side of the classroom so as not to distract their classmates. The ADD child is a ball of energy, wanting to bounce, move, and play. They'll seem to flit from one activity to the next and have trouble sitting still for long. Finding hobbies or sports that are active but straightforward can help kids with ADD burn off excess energy. 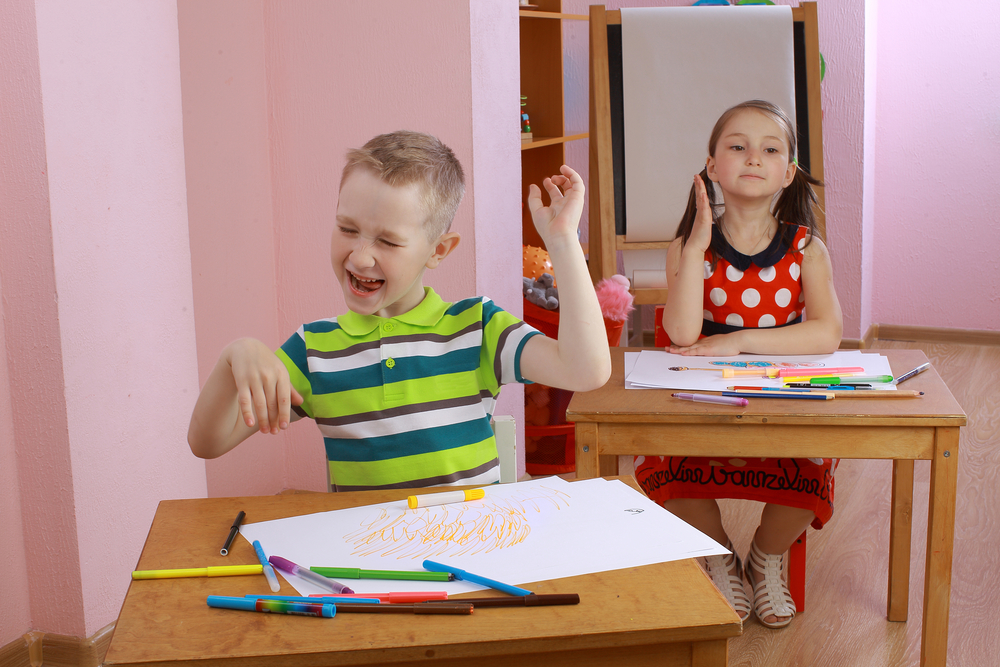 Impulsiveness is another ADD trait that is also common in almost all younger children. While nearly all children and teens have difficulty seeing the long-term consequences of their actions, those with ADD and ADHD seem to struggle more than most. Often, they'll blurt out their thoughts, the answer to a teacher's question, or even react physically without thinking of the consequences. Treating impulsivity in ADD children can be done with certain behavior modification therapies, such as cognitive behavior therapy and other practices that help the child stop the reactive impulses and redirect their critical thinking skills. Patience especially is key when raising an impulsive ADD child. 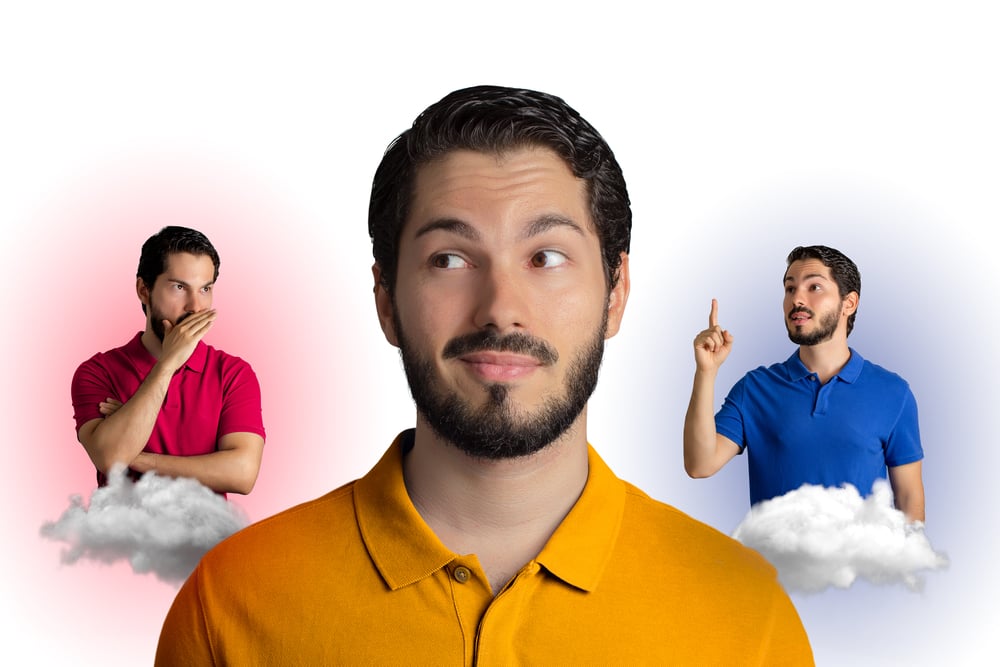 Standardized tests and college entrance exams are all difficult for people with ADD to complete. This is especially important when they're undergoing basic tests that will sort them into various groups, such as the IQ test, SAT, or ACT. Even older teens and recent college grads with ADD can struggle with GREs or LSATs. Sometimes the format of the test, or the length, especially in a quiet room, can make an already distractable child unable to focus. Children with ADD/ADHD have varying IQs, just like children without the condition. For many children in the United States, however, public school systems allow an Individualized Education Plan, put together by the child's treatment team and school counselors and teachers. In these plans, modifications can include breaking a long test up into smaller sections and testing in one-on-one settings. In some cases, allowing an oral exam instead of a written one can be helpful. 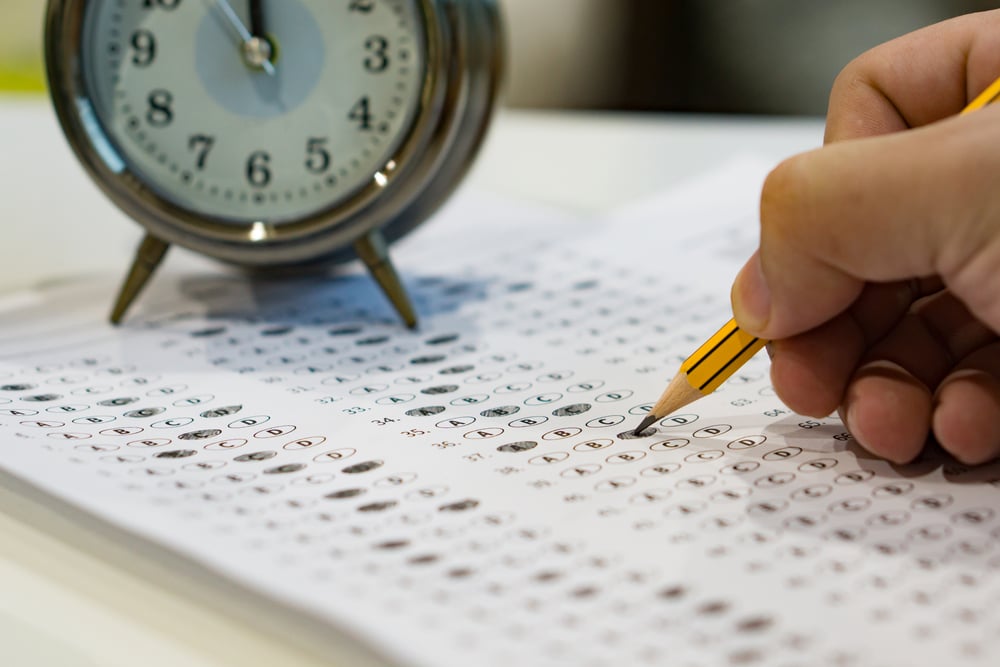 Sluggish cognitive tempo (SCT) is a collection of slight attention disorders which is often associated and related to ADD/ADHD. About half of children with Attention Deficit Disorder are also subject to these conditions. Without SCT, ADD can still persist and be an issue, but children will still feel less burdened when attempting to perform more demanding school tasks that require concentration or close attention to detail. There is another condition that' similar to ADD expression, called restless legs syndrome. Iron deficiency anemia causes this issue, but it's also a symptom of ADD. Medical professionals can sometimes overlook more serious conditions with similar expressions due to an ADD diagnosis. If medication or behavioral therapy can't reduce a specific symptom of ADD, consulting a specialist is advised. 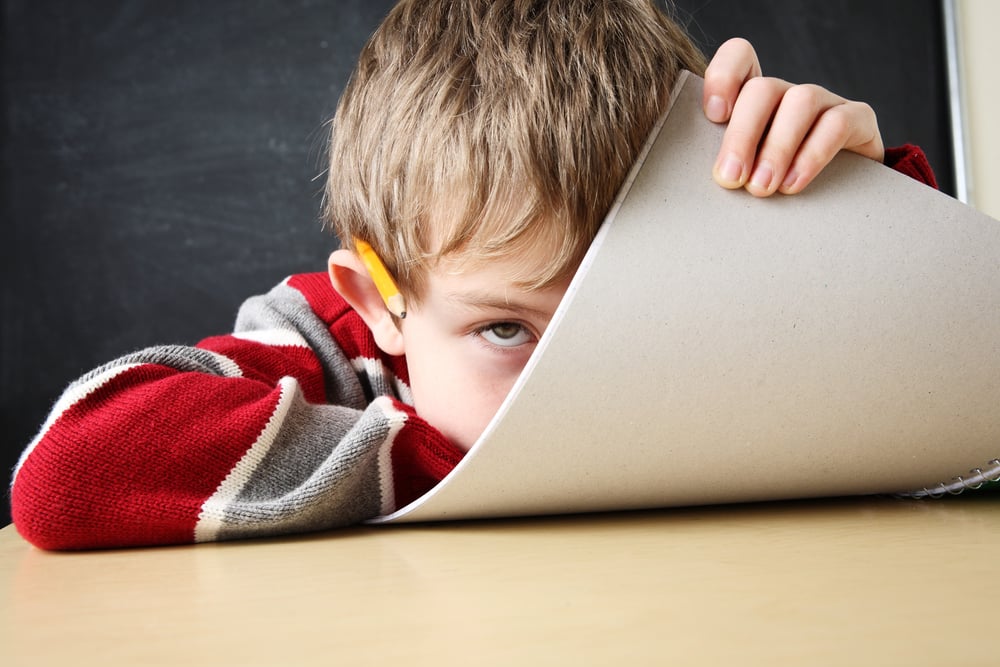 Several studies demonstrate a correlation between the likelihood of more than one child in a family having ADD or ADHD. If an older child has been diagnosed with ADD or ADHD by their doctor or specialist, parents should keep a close watch on the younger children in the family for similar traits. In fact, siblings of children with ADD are up to three or four times more likely to be diagnosed with ADD than average children. Children won't always have the same symptoms, and the similarity of ADD between relatives may prove somewhat hard to identify. Most doctors diagnose ADD and ADHD as a cluster of several traits and behaviors across different settings: school, activities, and home. Parents should pay close attention to behavior patterns to identify cases of ADD. 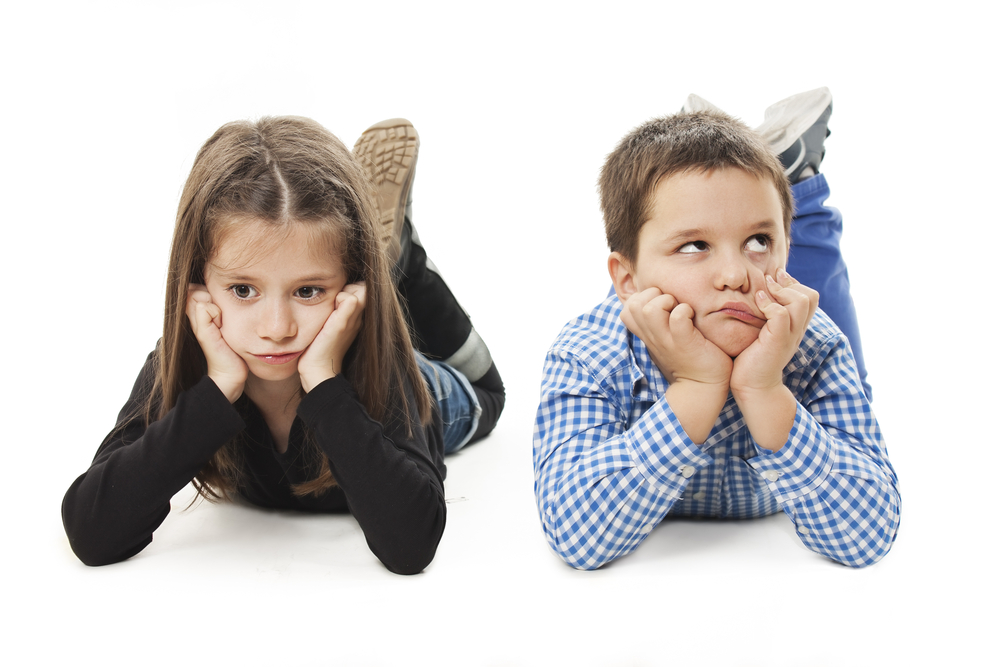 One of the qualifying behaviors for ADD and ADHD is hyperactivity and impulsivity. Adolescent and teen boys specifically can participate in risky behavior. This can include placing themselves in precarious situations, especially when operating a motor vehicle. It can also include taking extreme dares or showing off in physically dangerous ways. Other risky behavior can include alcohol and street drug abuse, as well as abuse of prescription medication. Teens with ADD and ADHD are more likely to develop depression and may abuse drugs or alcohol to cope. If you suspect your child is behaving in a dangerous manner, speak with their specialist or therapist immediately. 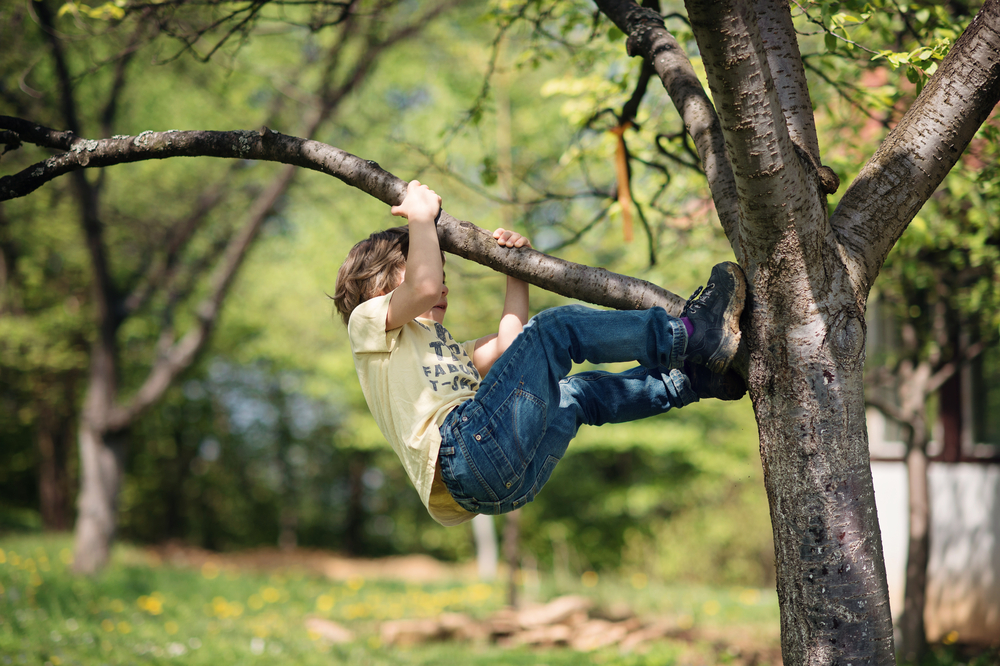 Because of their increased susceptibility to emotional influence, children with ADD or ADHD tend to have stronger emotions. This develops over a long period of time. It can lead to a condition wherein the person with ADD experiences emotions and instincts with heightened sensitivity. Their highs tend to be higher than ordinary, and their lows leave them more upset than many situations would warrant. The emotional state of a child or teen with ADD can be very changeable. Often they will act on impulse if their emotions are running strong. This can be in the form of yelling, tears, anger, and even physical violence. Teaching your child with ADD how to manage his emotions so they aren't overwhelming is an important task for the parent. 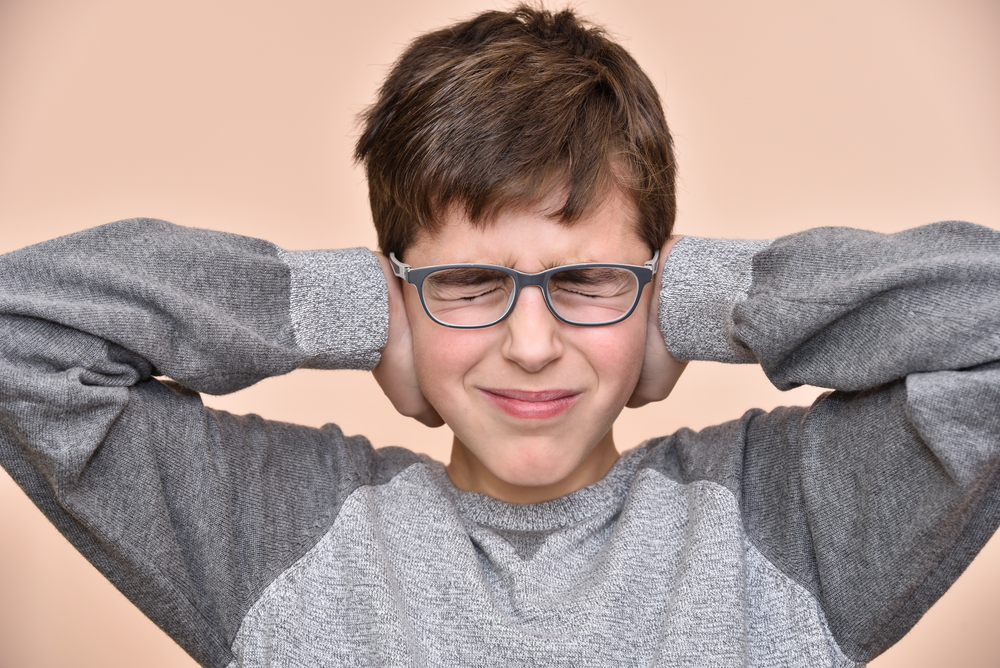 Children with ADD are prone to agitation. This happens in part because their thoughts can be scattered and overwhelming at times. People with ADD can become aggressive in conversation and lash out in situations where they encounter a difficult situation. Patience isn't something that comes easily to children with ADD. Allowing others to have a turn at a game or speak in the conversation are important skills to learn. 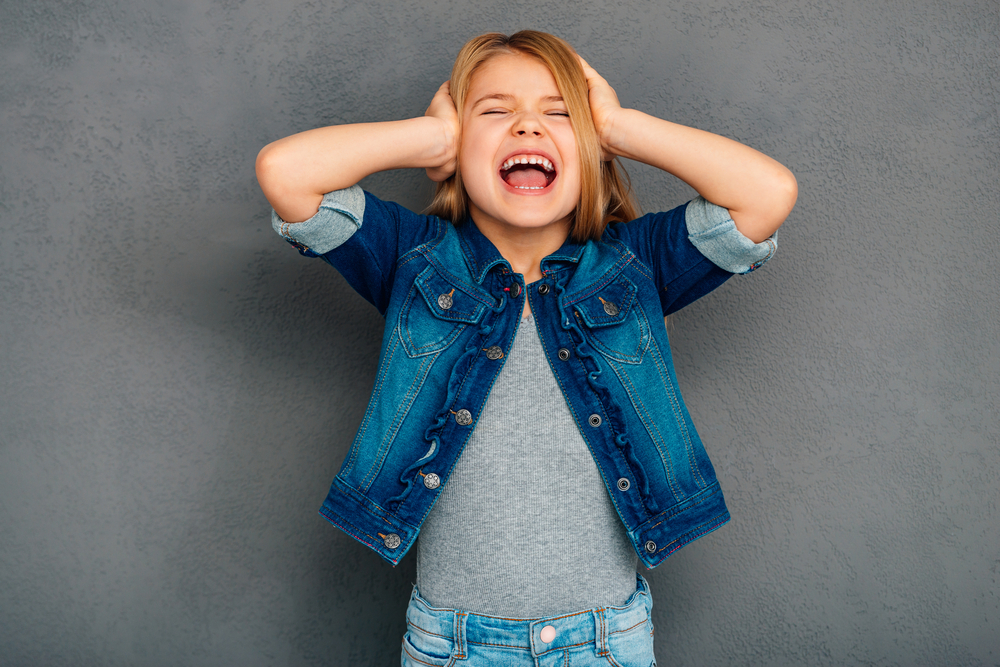 Urine contains the chemical phenethylamine. Children affected by ADD/ADHD have lower levels of phenethylamine. Scientists are still far from sure as to why this happens. An analysis of a child's blood or urine can provide a deeper insight. There is a strong correlation between PEA levels and ADD. Unfortunately, these results are not accurate enough for the diagnosis to come from tests alone. PEA is a compound that acts as a neurotransmitter. It may indicate why a lower amount of it in the bloodstream leads to expressions of ADD and ADHD behavior. 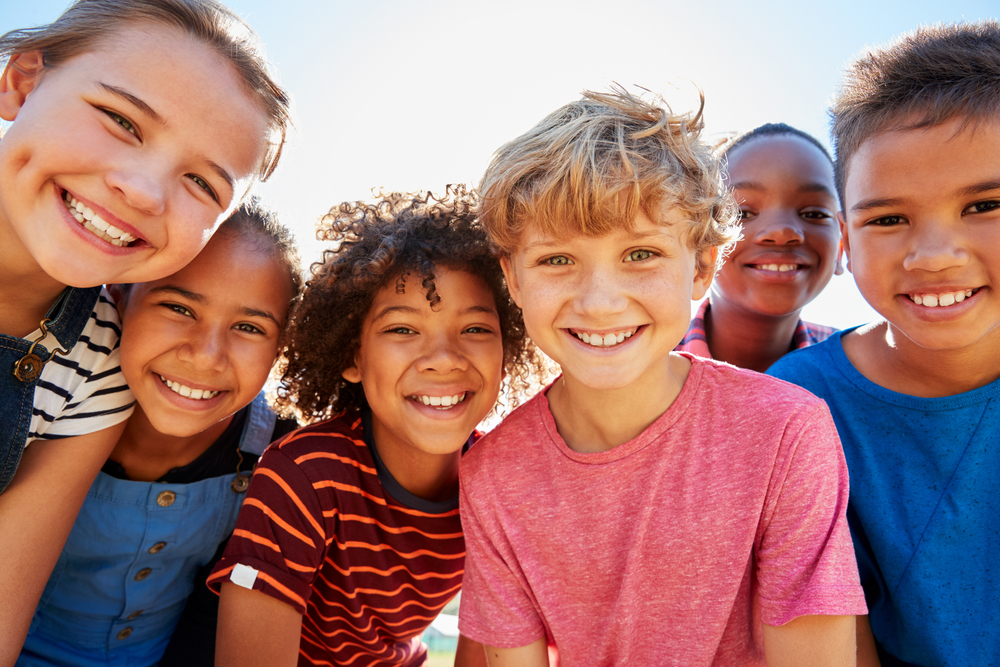