Neurotransmitters and What They Do

Your arm jerking away from something hot. Enjoying your favorite food. These are actions we execute without questioning how the body does what it does. The answer? Neurotransmitters. These essential chemical messages transmit over the junction between nerve cells or synapses;  the various systems of the body use them to partake in and control a variety of actions, including unconscious muscle control and pleasure from foods. Neurotransmitters are the little bridges that help the body turn thoughts into actions.

While not a clear-cut division, neurotransmitters are typically classified as excitatory or inhibitory. Excitatory means the target neurons are likely to jump into action based on the impulses they receive. Inhibitory doesn't mean the target neurons won't react, just that they're less likely to fire off an action. Sometimes, however, the context of the message will render neurotransmitters that are typically excitatory inhibitory, and vice versa. 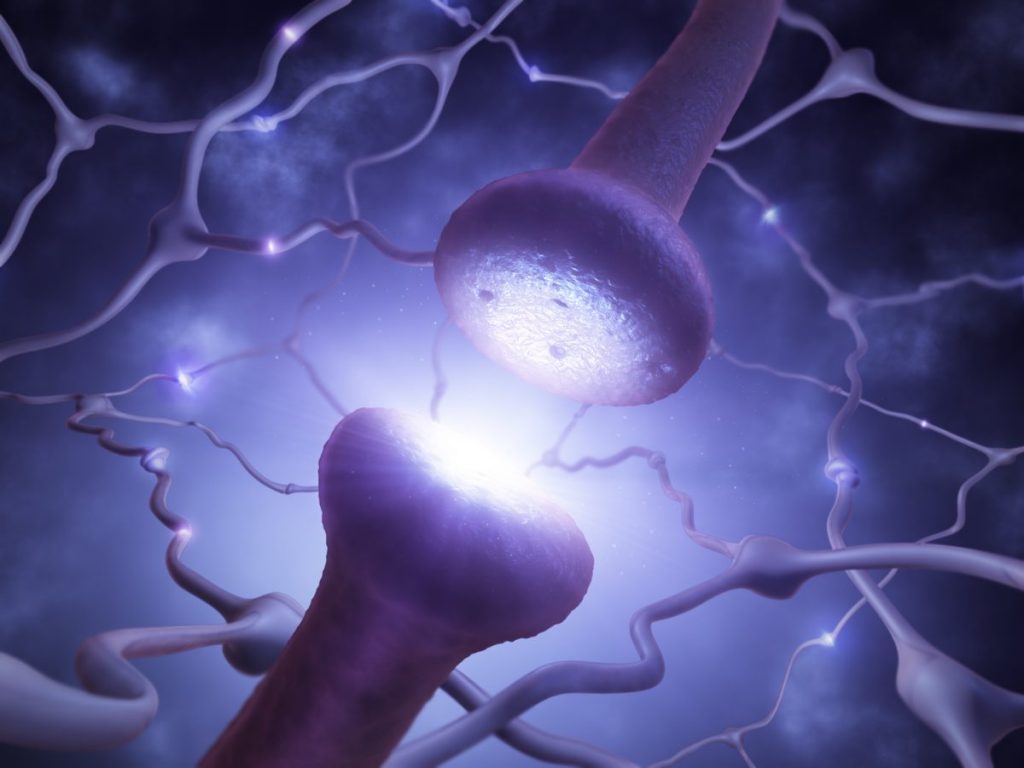 Common throughout the nervous system, acetylcholine was first discovered by Henry Hallet Dale in 1914. It is considered an excitatory neurotransmitter because it stimulates the muscles by transmitting messages from motor neurons to skeletal muscles, telling them to execute actions such as moving a leg. In the brain, however, it's considered a neuromodulator because it plays a role in attention, arousal, and even sleep. 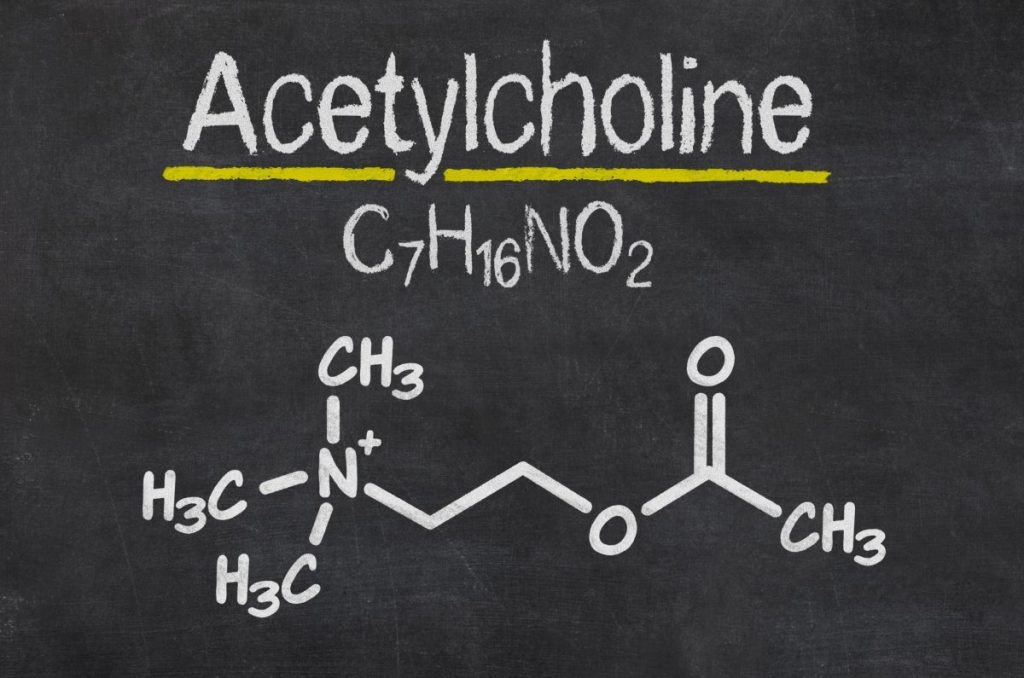 Adrenaline or epinephrine is an excitatory neurotransmitter the adrenal glands, which sit on top of the kidneys, produce. Its main function is to prepare the body for fight or flight. Once it enters the bloodstream, the heart contracts, harder, smooth muscles in the airways relax, and glucose production in the liver increases. Doctors may administer a synthesized version of this neurotransmitter to treat anaphylaxis and asthma attacks, as it helps ease breathing difficulties. 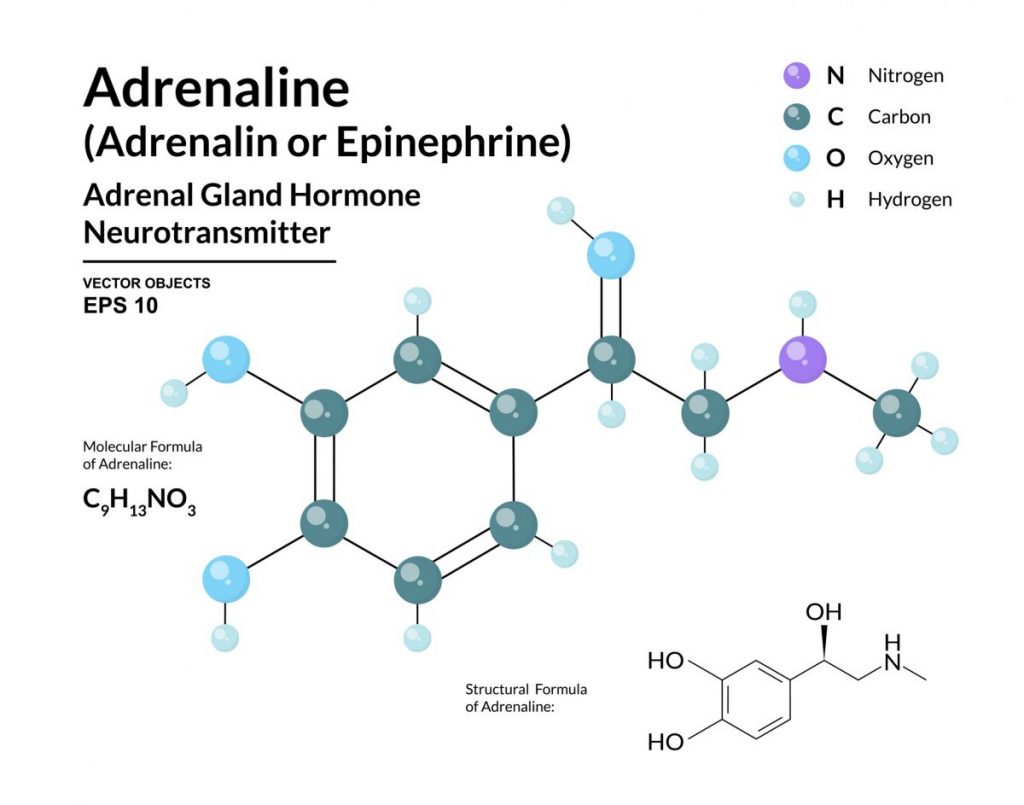 Dopamine is both an excitatory and inhibitory neurotransmitter. Under normal circumstances, it plays a big role in motivation and desire to achieve goals because it interacts with the brain’s reward mechanism. In addition, drugs like alcohol and opioids make dopamine levels in the blood to increase, causing synapses to fire. This manifests as "spacing out," lack of concentration, and intoxication. 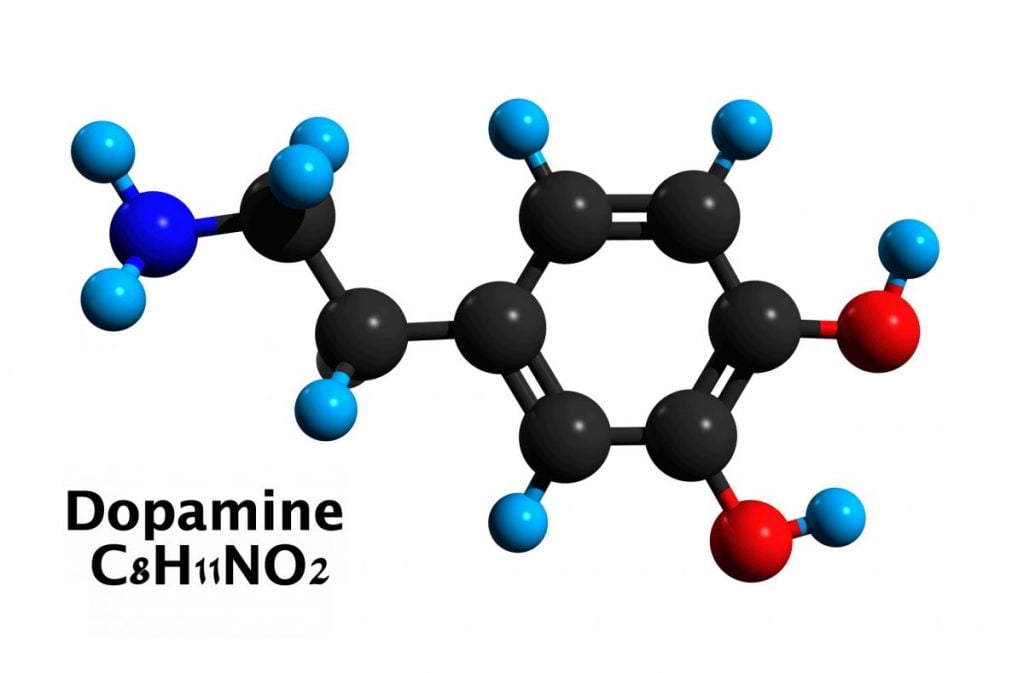 Endorphins are the “feel good” neurotransmitters. One common example of endorphins at work is exercise. As we work out, the body releases endorphins, causing positive feelings. Just like certain painkillers, endorphins interact with the brain's protein-coupled opioid receptors, reducing the perception of soreness or pain. 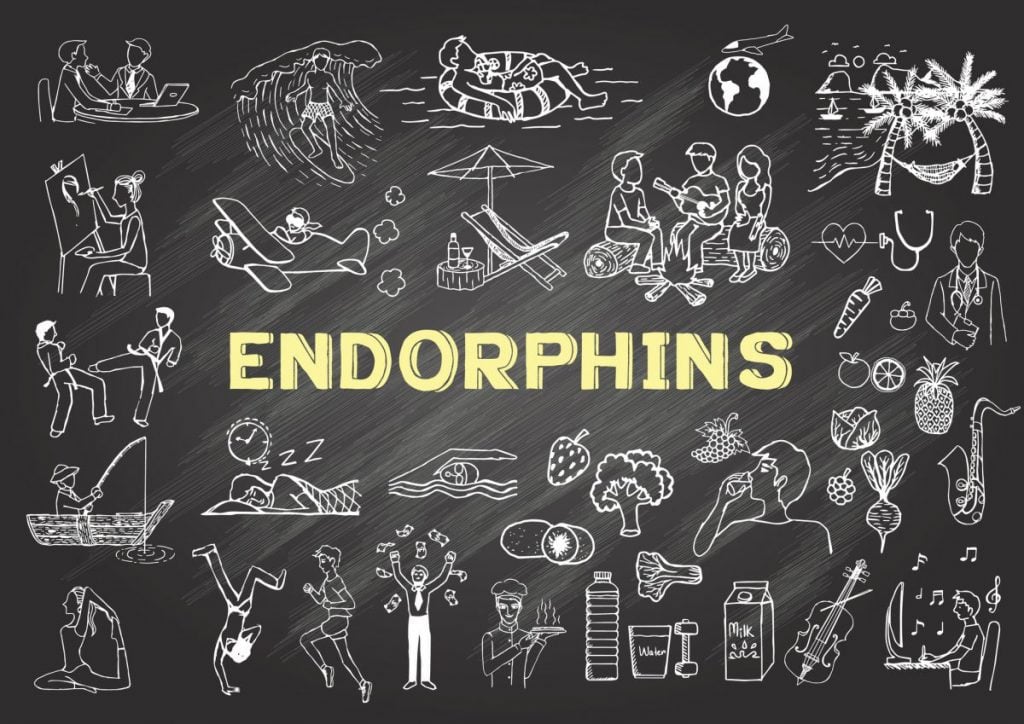 Gamma-aminobutyric acid, an inhibitory neurotransmitter, is partially responsible for a variety of functions including vision, muscle control, and anxiety. The rods in the eyes are responsible for our ability to see in low-light conditions, and studies indicate certain forms of GABA regulate light sensitivity. Huntington's disease is a fatal hereditary condition where brain cells die. The lack of coordination that comes with this disease is understood to be partially due to the loss of GABA, as well as acetylcholine and glutamate. In term of mental health, studies find very low levels of GABA can contribute to increased anxiety. 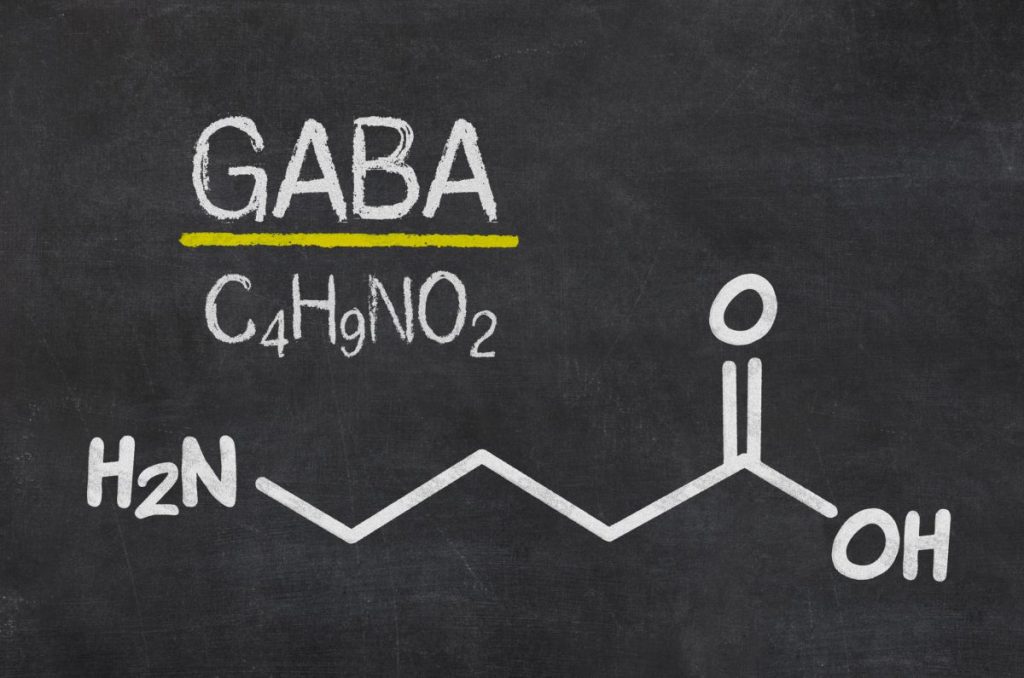 Described as the polar opposite of GABA, glutamate is the excitatory neurotransmitter present in over half of all nervous tissues. It is responsible for synaptic plasticity, defined as the strengthening or weakening of synapses, which is key to learning and memory. It also stimulates the production of GABA. However, overstimulation of glutamate receptors leads to excitotoxicity, resulting in neurodegeneration and cell damage. 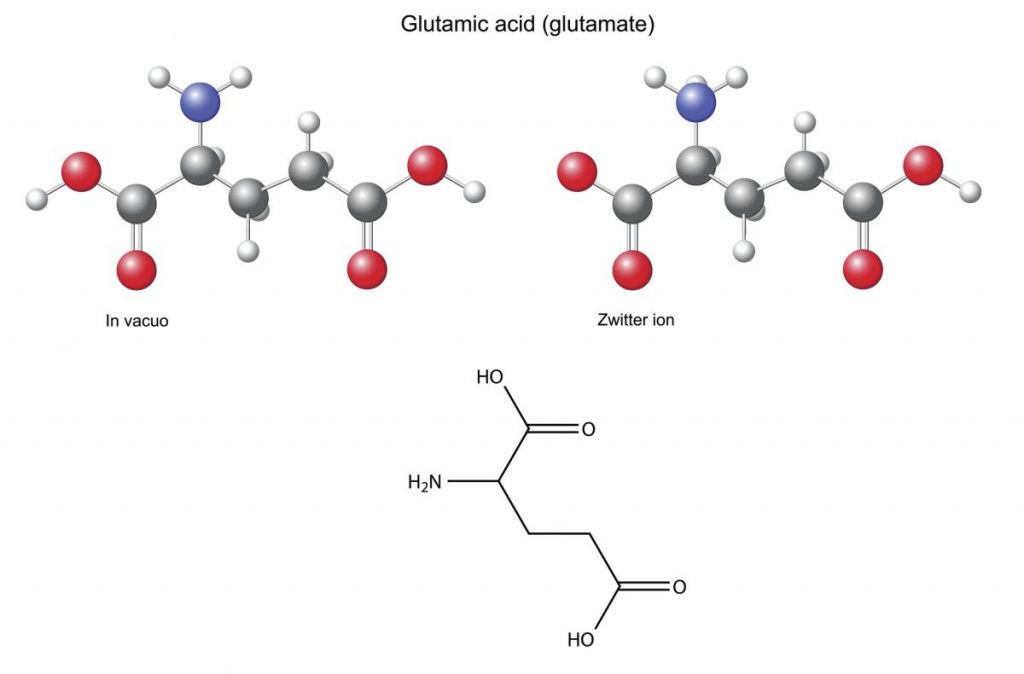 Histamine is involved in the inflammatory response, especially the sensation of itching. This monoamine neurotransmitter assists in regulating multiple cognitive processes including arousal and emotions. Histamine helps with a variety of functions. It's the key component of anaphylaxis, as it causes vasodilation, which results in low blood pressure. Sneezing, watery eyes, and runny nose are histamine-related responses to allergens. Histamines located in the hypothalamus region help regulate the sleep-wake cycle because those related neurons fire strongly while wakeful, less so when tired, and not at all during sleep. 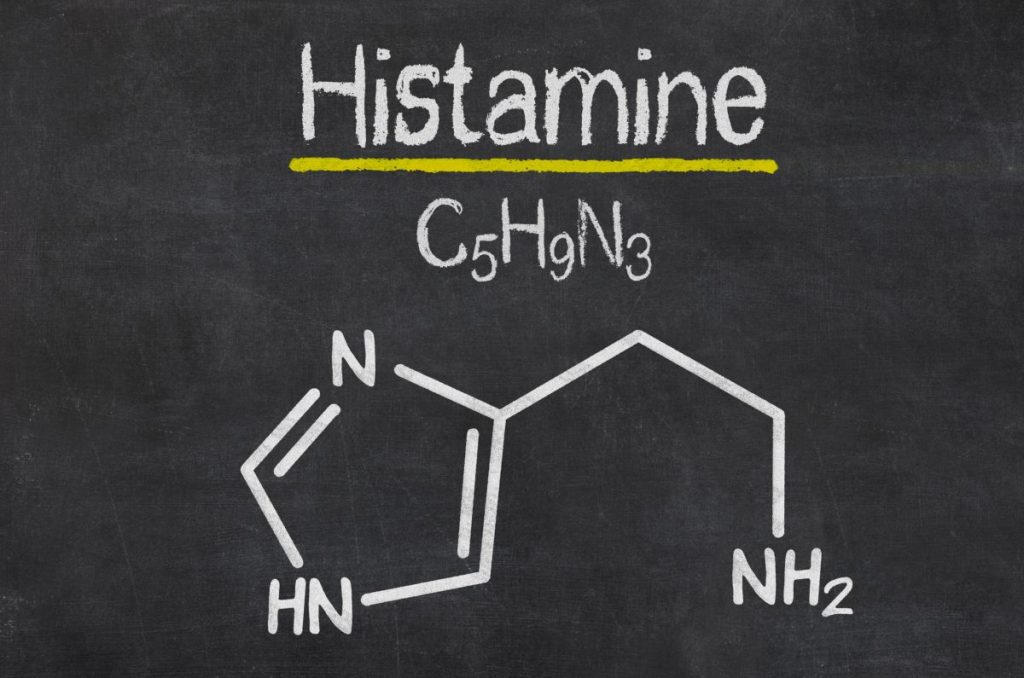 Also known as norepinephrine, this neurotransmitter is similar to adrenaline. It's released during stress and plays a role in the fight-or-flight response. Despite the name, this stress hormone is derived from dopamine and is responsible for increased vigilance. It also has a stronger effect on blood vessels, causing them to constrict, which is why it can treat dangerously low blood pressure. Norepinephrine drugs can help treat cases of septic shock when the body isn't responding to fluids. Low levels of norepinephrine may lead to lack of concentration and focus, which are common symptoms of ADHD and depression. 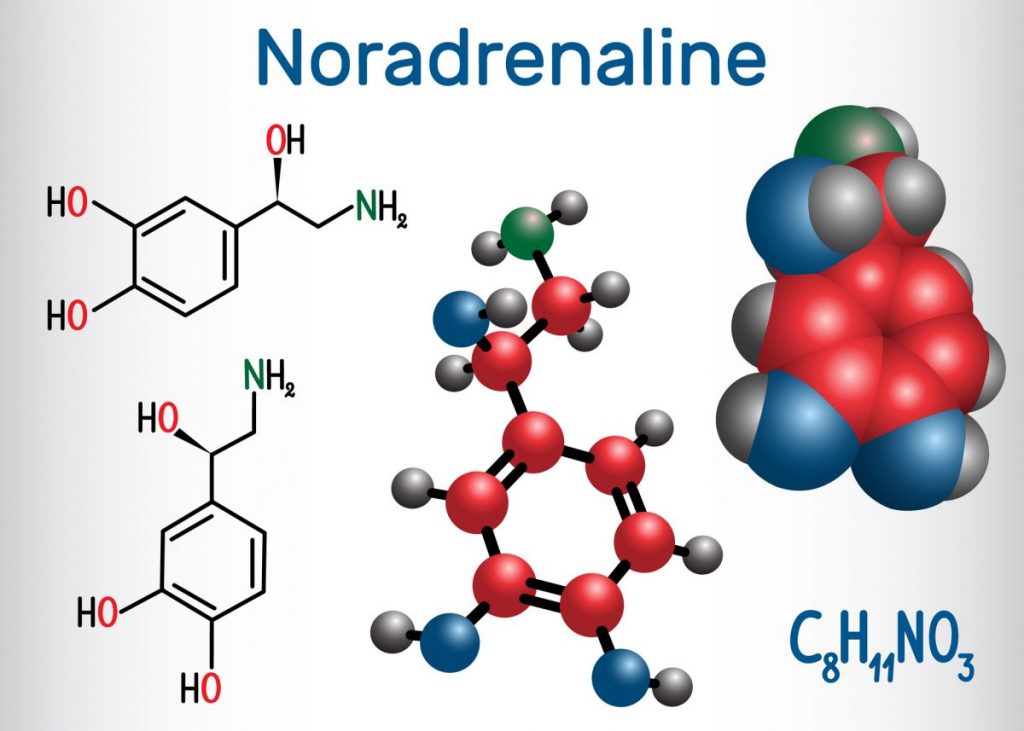 Serotonin is a complex neurotransmitter. In addition to affecting mood and emotion, it also affects the cardiovascular and endocrine systems. Adequate levels stabilize mood and counterbalance excessive excitatory neurotransmitter effects. Serotonin regulates cardiac muscle tone, and experts believe it is a key factor in normal heart activity. In the endocrine system, the pineal gland secretes the serotonin derivative melatonin to regulate the sleep-wake cycle. Low levels of this neurotransmitter result in not only sleep disturbances, but also anxiety, depression, and, research suggests, cardiovascular disease. 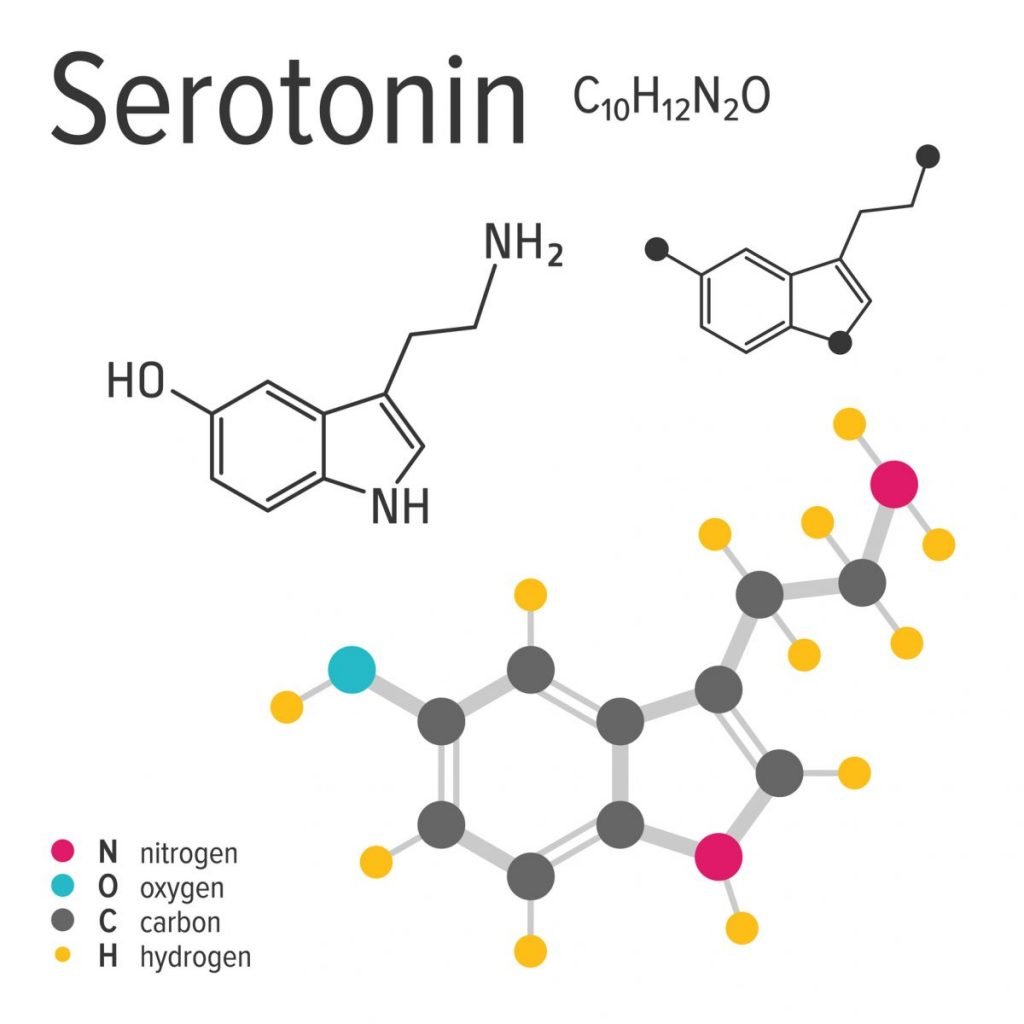