Diarrhea is loose, watery stools and usually develops due to insufficient water absorption during digestion or extra fluid leaking into the stool. In most cases, the condition lasts two to four days, and the symptoms disappear without medical care. Chronic diarrhea is defined as diarrhea that lasts more than four weeks, intermittently or continuously, and suggests an underlying medical condition.

Gastroenteritis is inflammation of the stomach or intestines caused by bacteria, viruses, or parasites. People with gastroenteritis usually experience nausea and vomiting, as well as diarrhea. Mild cases do not require medication, as these effects are how the body naturally rids itself of the infection. It is vital to drink plenty of fluids to ensure the body remains hydrated during this illness. 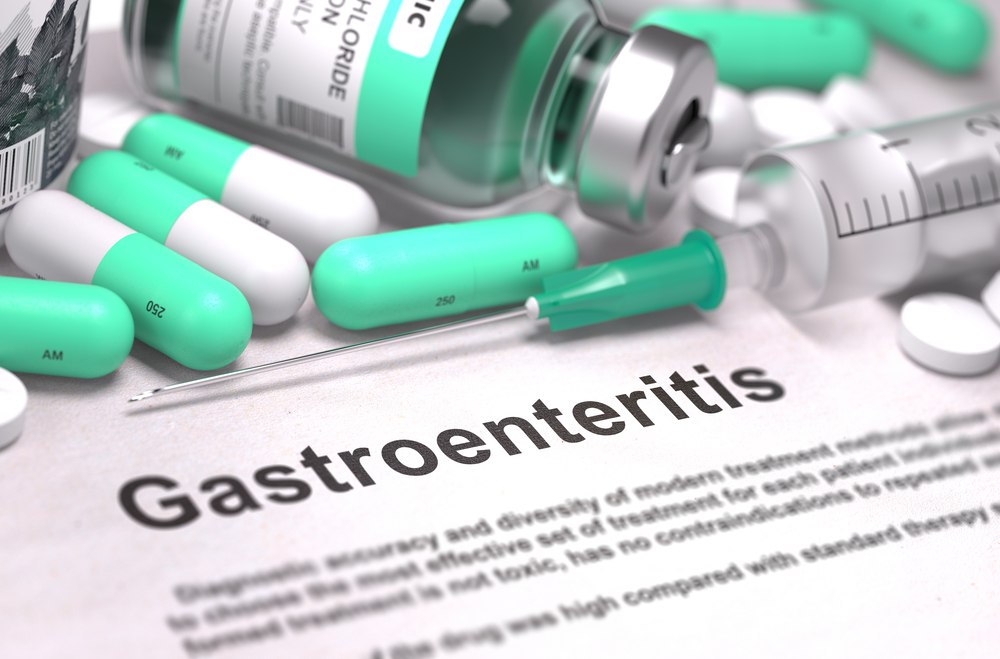 IBS is a gastrointestinal disorder that causes a range of symptoms including diarrhea. There are three main types of IBS: IBS-D (IBS predominant diarrhea), IBS-C (IBS predominant constipation) and IBS mixed (diarrhea alternates with constipation). Doctors and patients treat IBS-predominant diarrhea and IBS mixed with a combination of medication and dietary changes. There are no tests to confirm IBS, and it can take time to diagnose. If a person can take note of the different digestive issues affecting them, this can help a doctor make a quicker diagnosis and begin treatment sooner. 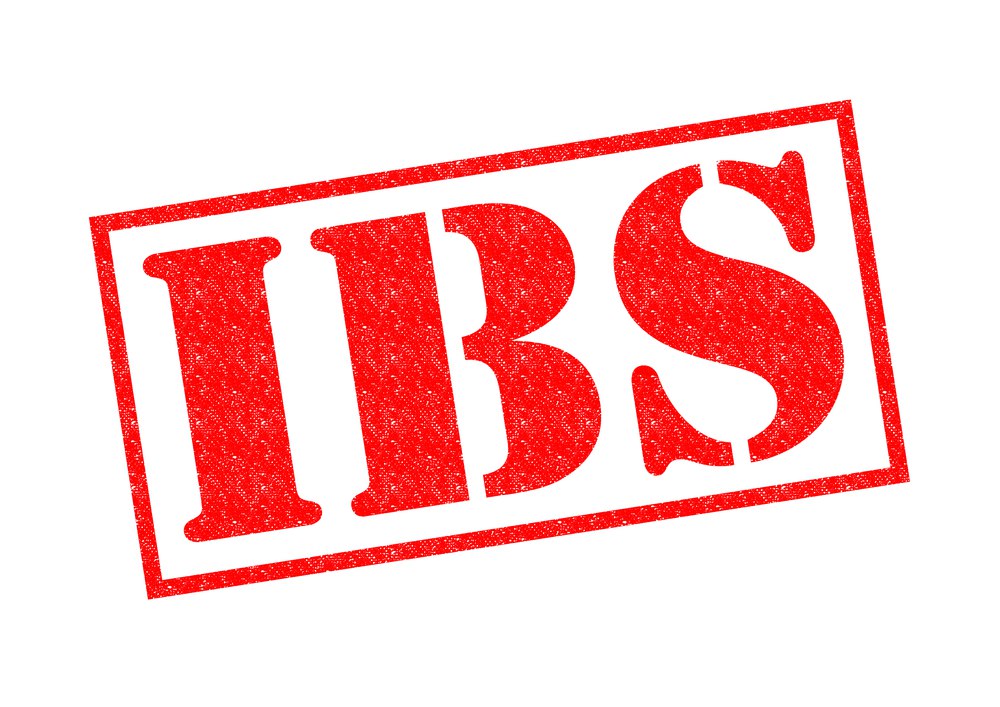 Appendicitis, inflammation of the appendix, causes diarrhea in one in five people. When the appendix becomes blocked and inflamed, it can lead to common symptoms including abdominal pain, fever of 99 to 102 F, indigestion, flatulence, and diarrhea. In most cases, watery stools begin following the onset of the abdominal aches. Appendicitis can be life-threatening if not addressed quickly. 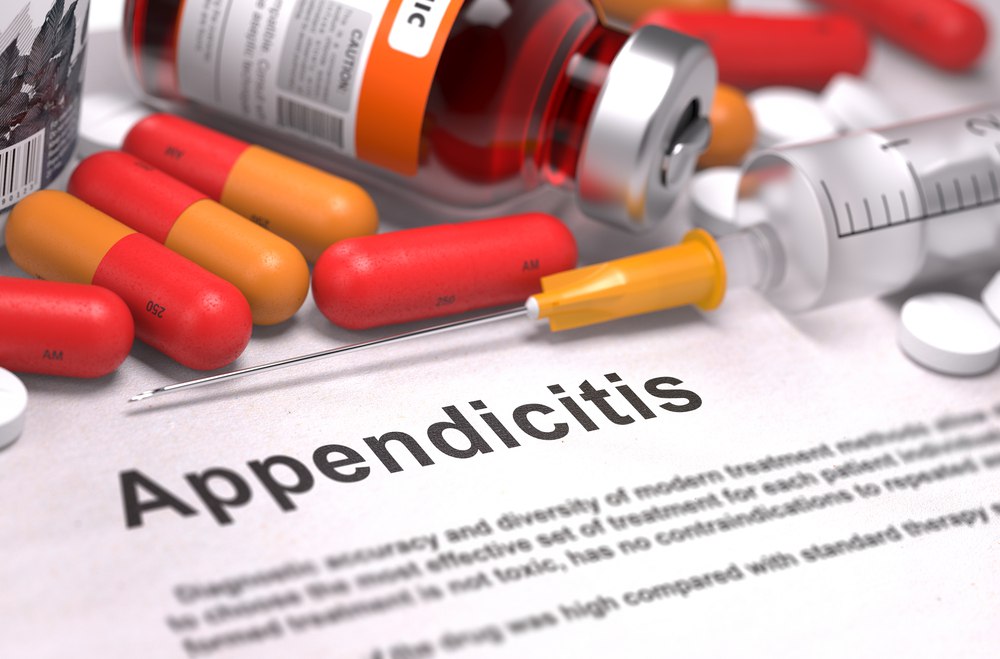 Certain medicines can profoundly impact the digestive system, including

If the prescription or need is temporary, some people may choose to deal with this digestive side effect until the course is completed. Individuals on a longer-term treatment plan may need to speak to their doctor about alternatives, as chronic diarrhea can have serious consequences including fatigue, dizziness, significant dehydration, and nutrient deficiencies. 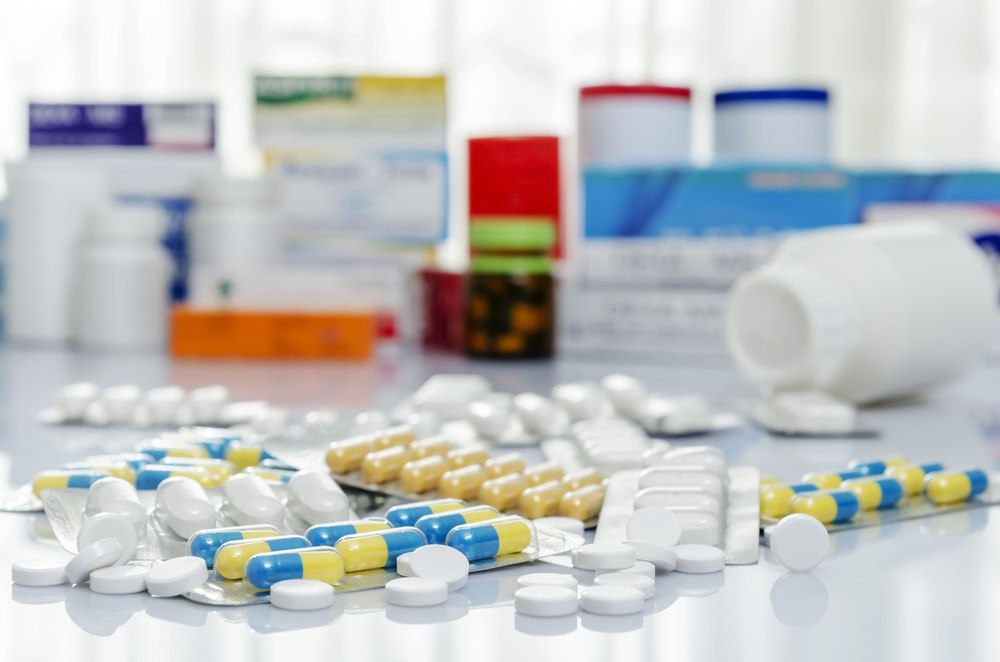 People undergoing excessive stress may find their appetite reduced or that they do not have time to sit down to proper, nutritious meals. Stress on its own impairs digestion. If this lifestyle continues, an individual may develop chronic diarrhea. When other health conditions are ruled out, one may consider their schedule and think about slowing down and focusing on personal health to avoid triggering gastrointestinal disorders. 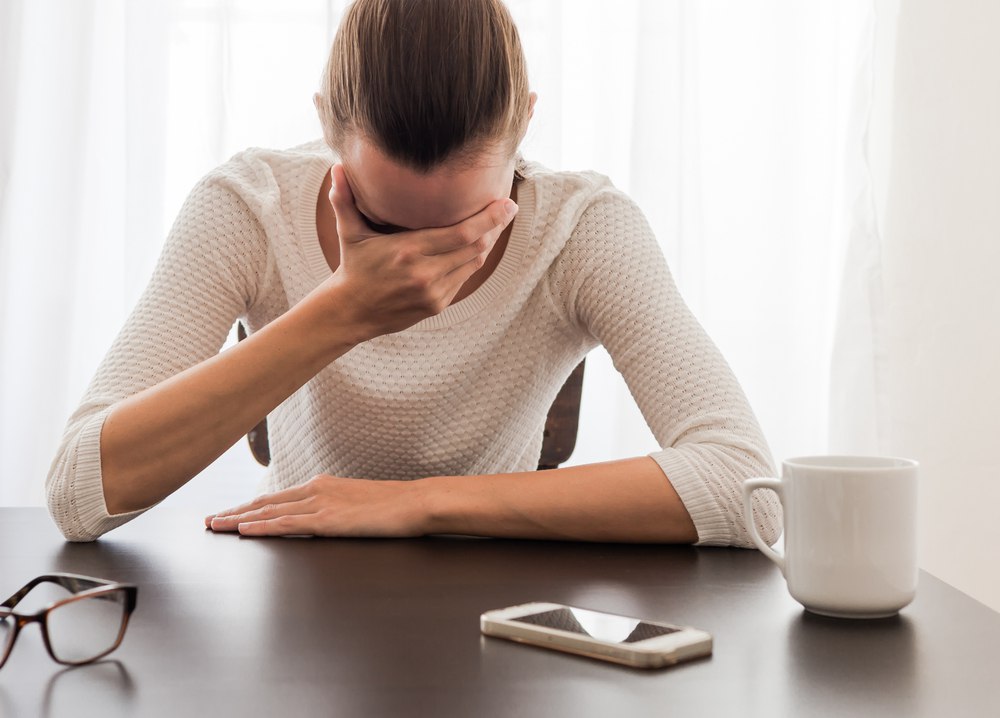 Food allergies can lead to diarrhea when sensitivity prevents proper digestion. The most common food allergies that lead to diarrhea are lactose intolerance and gluten allergy, though eggs, poultry, processed foods, and some fruits and vegetables can cause the symptom as well. Chronic diarrhea may require adjusting dietary habits or undertaking an elimination diet to determine which foods are problematic. 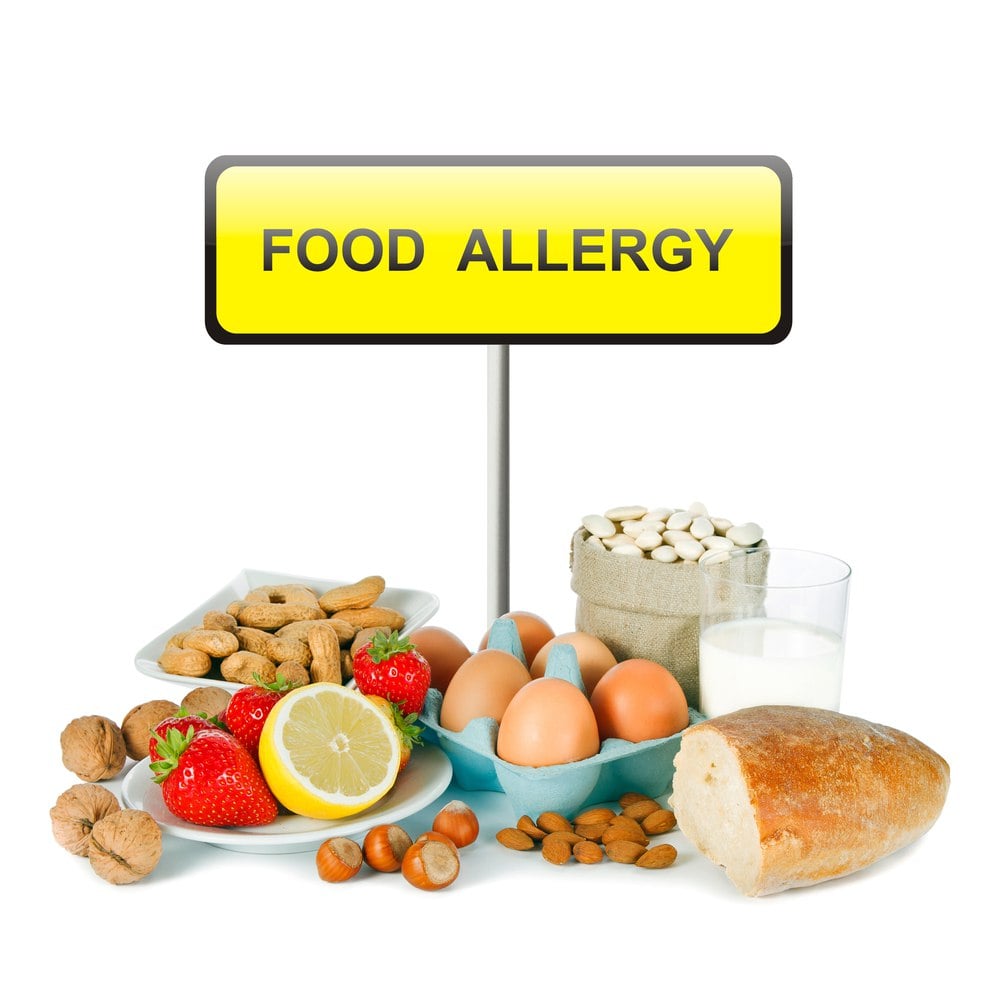 IBDs are medical conditions that involve chronic inflammation of the digestive tract and can be quite debilitating. The most common IBDs are Crohn's disease and ulcerative colitis. Both diseases share similar symptoms like diarrhea (sometimes with blood in the stool), abdominal pain, extreme fatigue, fever, and unintentional weight loss. Treatment includes medication, dietary changes, and, in some cases, surgery. 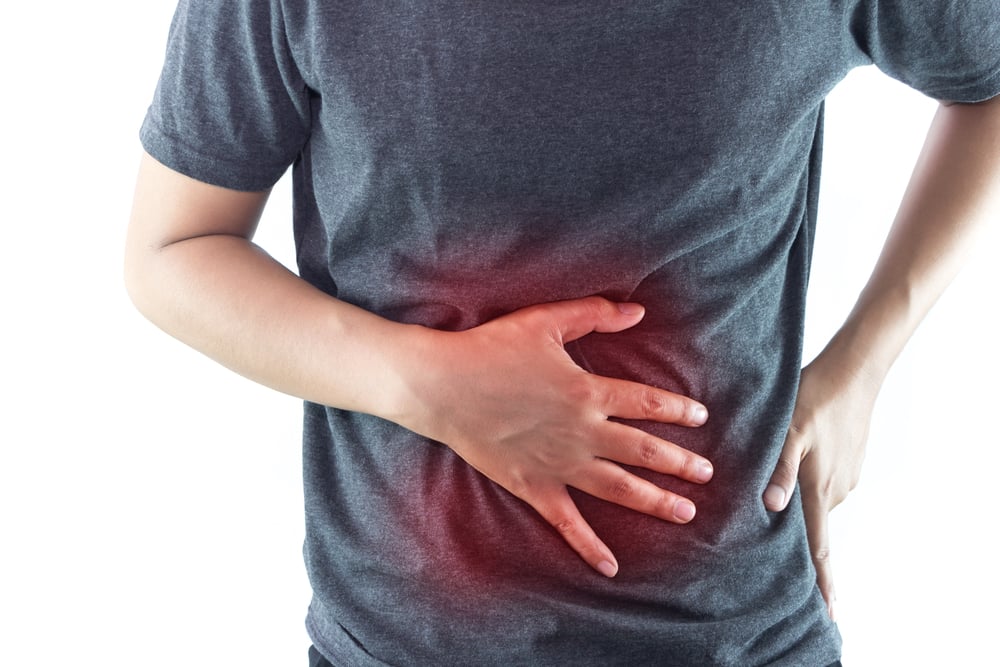 Chronic diarrhea can be a side effect of cancer treatments, like chemotherapy and cell transplants, and cancer in the digestive tract can cause diarrhea as well. Chemotherapy reduces immunity so the medication can fight cancerous cells, but this means the body is more susceptible infections that can lead to watery stool. Most doctors will explain all the potential side effects of chemotherapy to patients prior to the start of treatment. 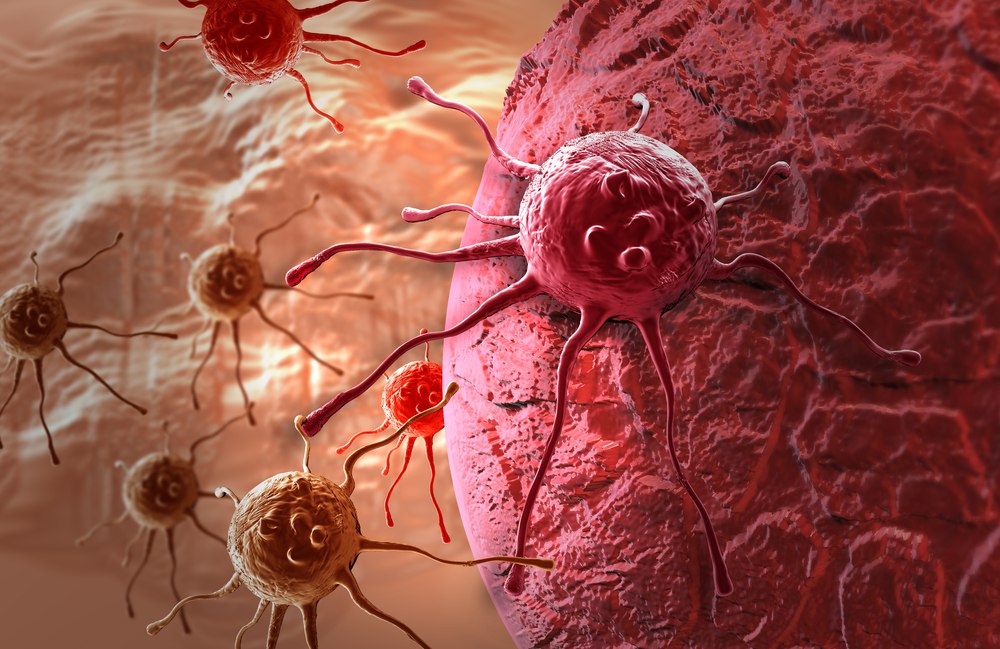 Surgeries, in general, can cause diarrhea, because of the dietary changes recommended before and after, the medication used, or the extra IV fluids. Surgical procedures near the digestive tract impact bowel functions and can cause short-term diarrhea. People should expect episodes following abdominal surgery or gallbladder removal. Surgery to remove part of the gut can also result in diarrhea, as the procedure impacts water absorption in the body. 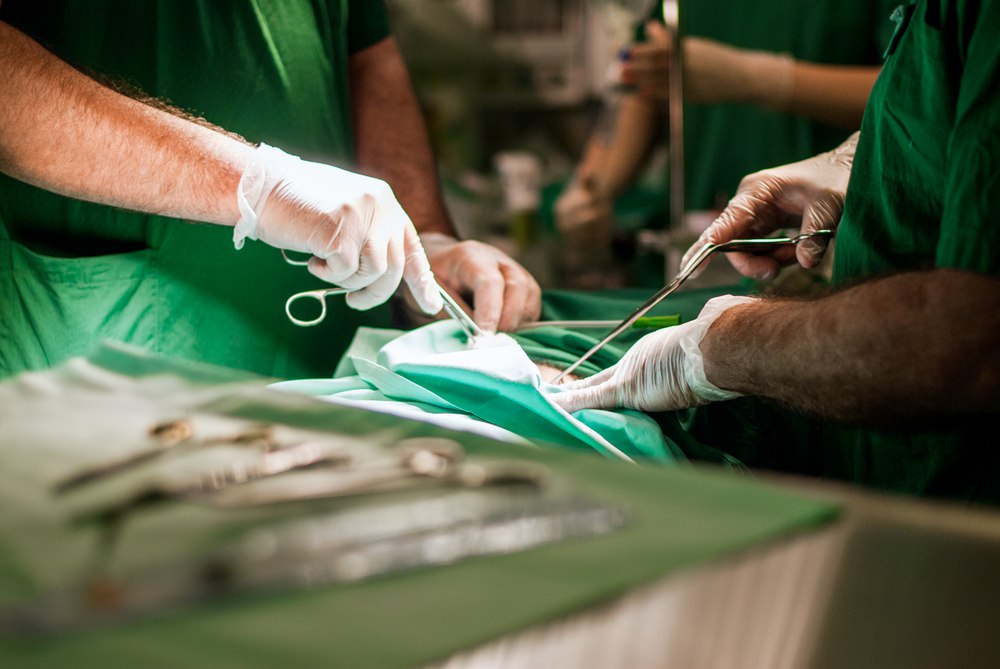 Taking too many laxatives or taking them for longer than the recommended time can cause problematic diarrhea. Some laxatives soften the stool by drawing water into the intestines. As such, overusing them can cause dehydration and lightheadedness. Electrolyte imbalances caused by dehydration further exacerbate diarrhea and can increase the risk of complications, such as cardiac arrest and seizures. 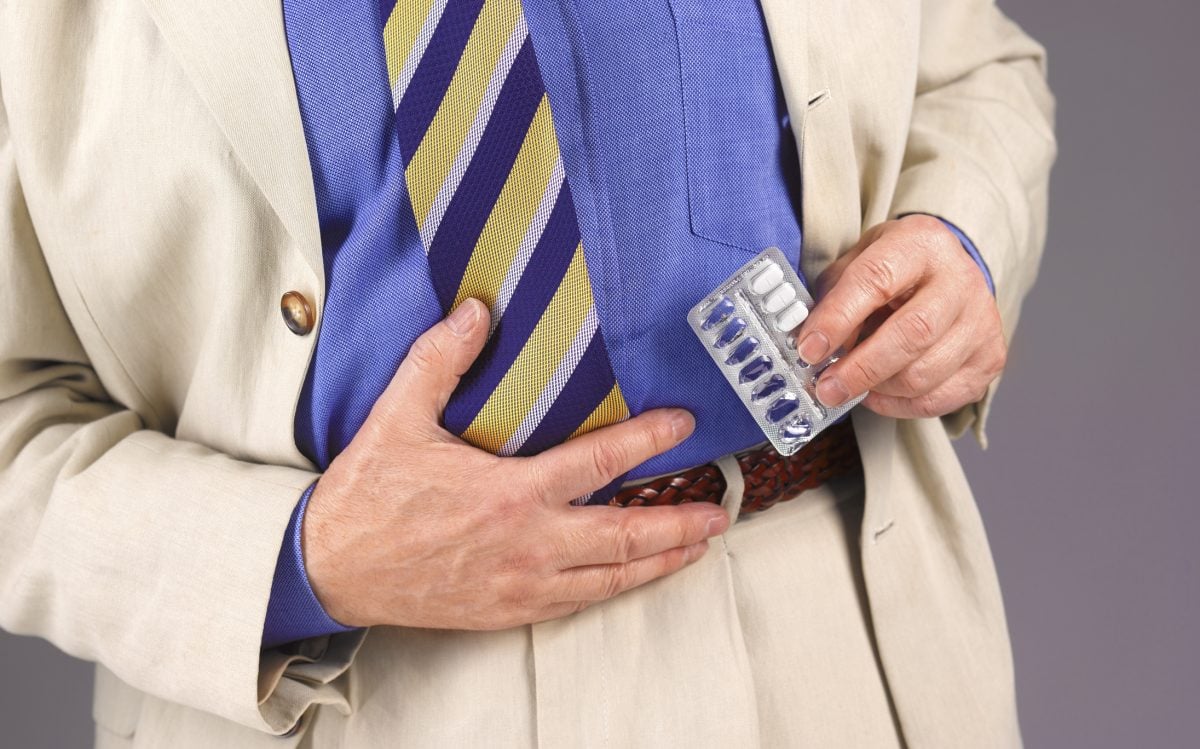 The body's inability to absorb certain nutrients, such as sugars or fats can lead to bloating and diarrhea. Several malabsorption conditions can interfere with digestion, absorption, and excretion. For example, bile acid malabsorption, BAM, causes too much bile to enter the colon, leading to fecal incontinence and watery diarrhea. Because the salt and water from the bile acid aren't fully reabsorbed, the stool cannot form properly. BAM-related diarrhea may be chronic or occasional. 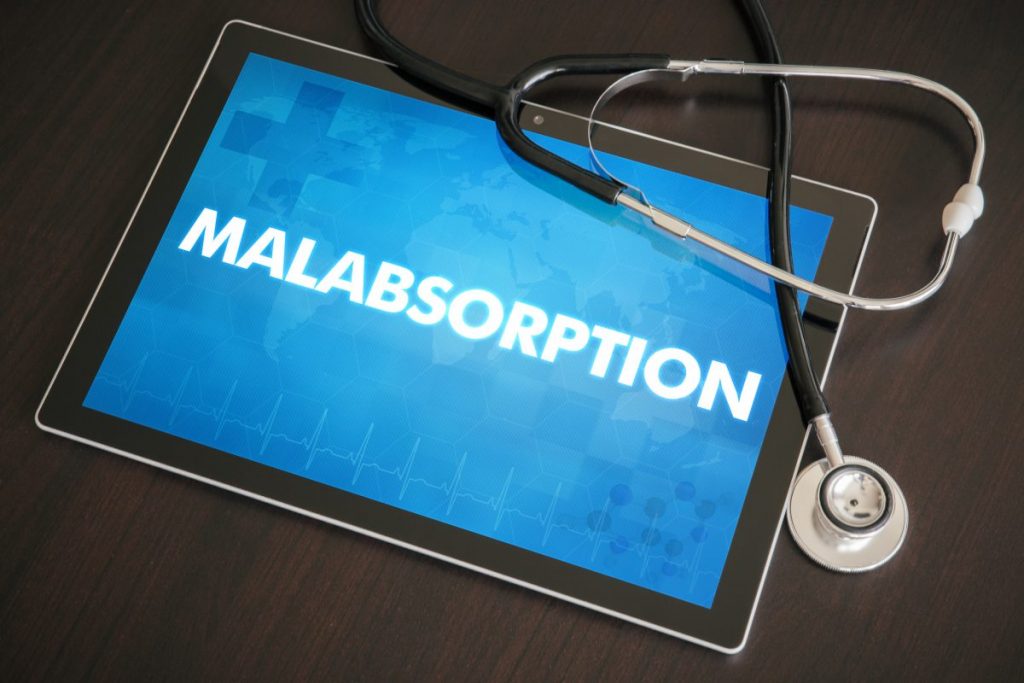 Prostaglandin is the cause of many symptoms women experience during their periods. This fatty acid is released by cells that line the uterus during the menstrual period. The chemical makes uterine muscles contract and constricts blood vessels, causing painful cramps. In addition to spreading inflammation, prostaglandin can also increase colon contractions, leading to diarrhea. 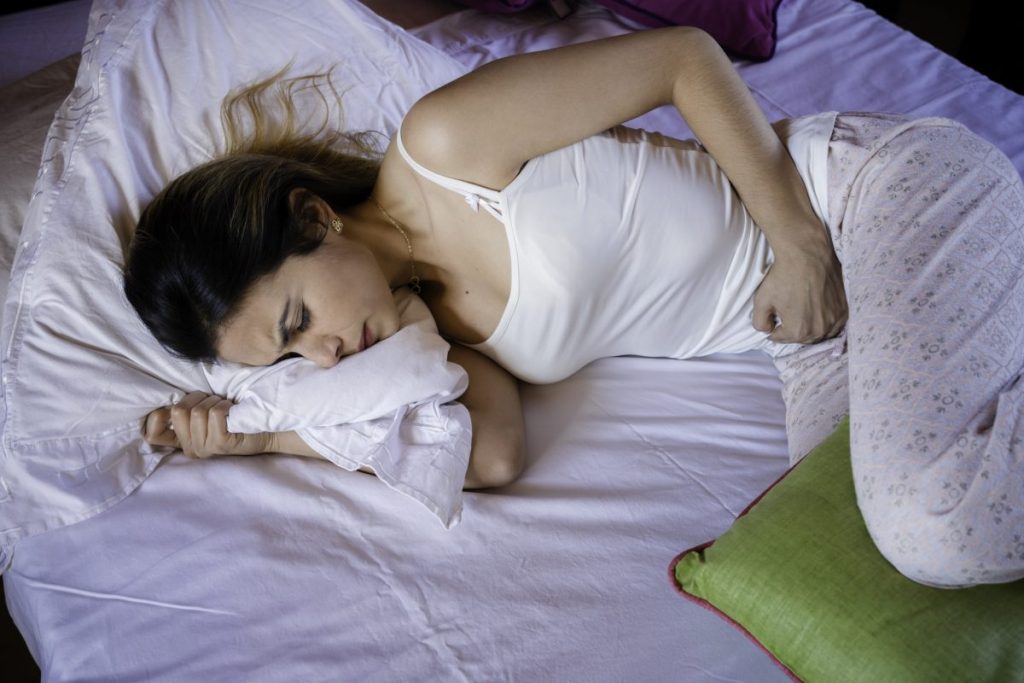 The exact cause of runner's diarrhea is unclear, but some researchers believe it is a combination of physical, mental, and dietary changes. One contributing factor to the frequent episodes of loose or watery stools is decreased intestinal blood flow, which diverts blood flow from digestion to the legs. Another reason is that long-distance running releases the stress hormone cortisol, which is a natural trigger of bowel urgency. Then, there's the dietary component. Runners who ingest foods high in fiber, fat, or sugar before a race add to their gastrointestinal upheaval during and afterward. 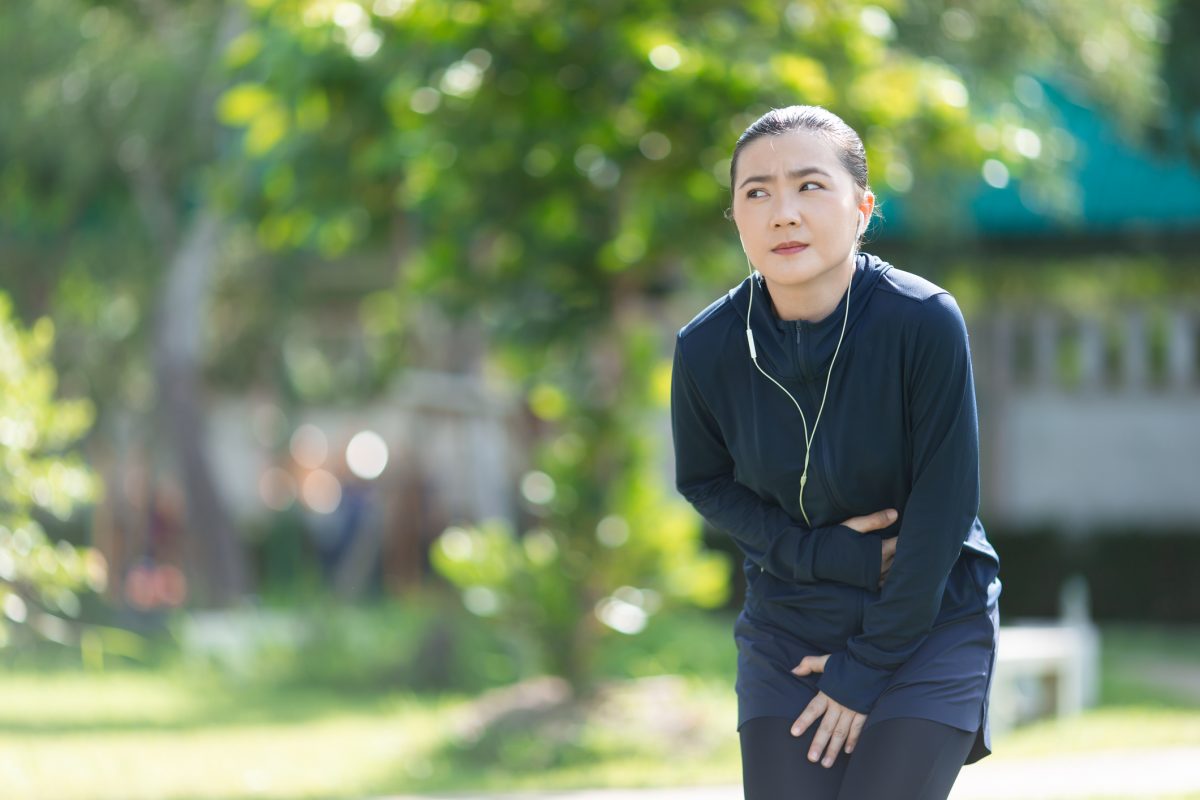 There are a few ways diabetes can lead to diarrhea. Certain medications and even using artificial sweeteners, which are poorly absorbed by the colon, are two common triggers. People with diabetes may also have autonomic neuropathy, a condition that damages the nerves that control involuntary functions. Intestinal nerve damage leads to nighttime fecal incontinence. Another consequence of nerve damage is bacterial overgrowth. Individuals can have poor digestion as a result of slower-than-normal food movement through the gastrointestinal tract. This leads to excess bacterial colonization that causes bloating, diarrhea, and vomiting. 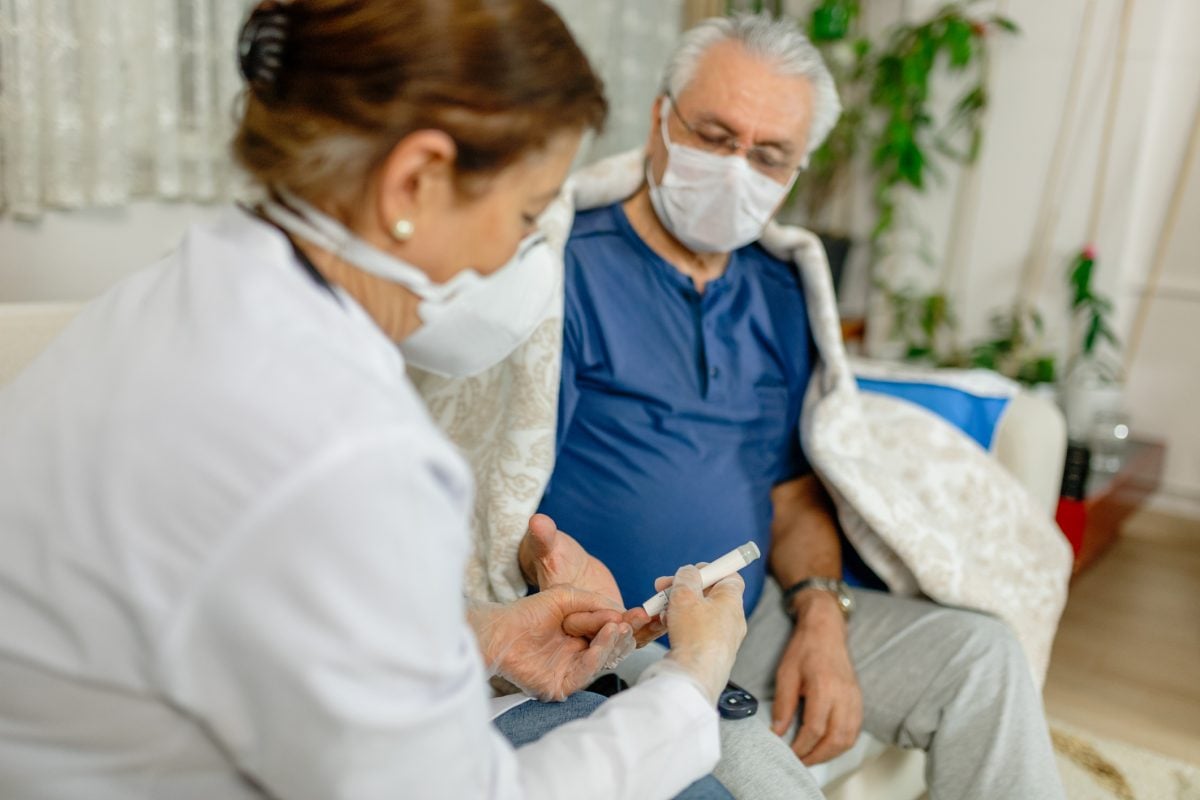 Though many factors can lead to loose bowel movements, and some instances may be unavoidable due to a virus or other infection, generally healthy people can take steps to reduce the risk of diarrhea. In addition to washing your hands well and avoiding potential sources of infection — such as non-bottled water while traveling — eating a balanced diet with the right amount of fiber can also keep movements appropriately firm. While most people think of fiber as preventing constipation and, thus, the opposite of easing diarrhea, soluble fiber can absorb excess water and harden stool, as well. Taking probiotics can also help minimize cases of diarrhea. 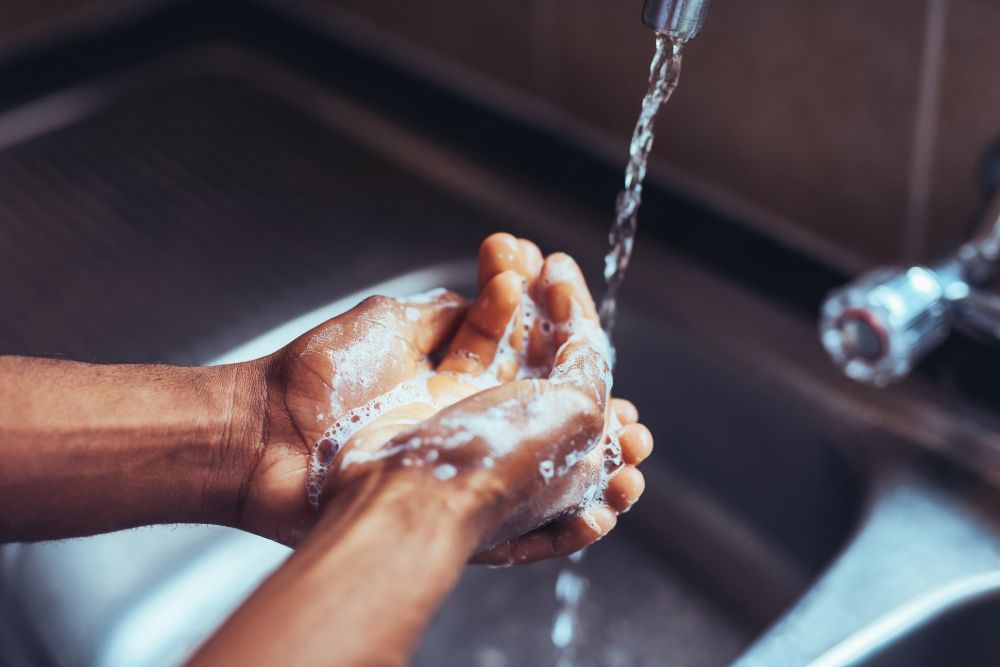