A sore throat is a common ailment that can be especially pronounced during the winter and spring months. It often involves irritation, pain, and itchiness of the throat, which can make it difficult to swallow. Luckily, in most cases, sore throats are caused by non-threatening conditions that are easily cured by resting at home. In some cases, the causes can be dangerous and must be treated with powerful antibiotics.

It comes as no surprise that smoking is one of the principal causes of a sore throat. In 2017, around 20 percent of the population in Western countries smoke on a daily basis. This leads to a series of health-related problems, one of which is a sore throat. The heat generated by cigarette smoke dries out the throat, causing it to become sore and in some cases inflamed. Moreover, smokers are likely to experience difficulty swallowing, and they may cough frequently. Worst of all, because cigarettes contain many dangerous chemicals, smoking may also lead to mouth and throat cancer. 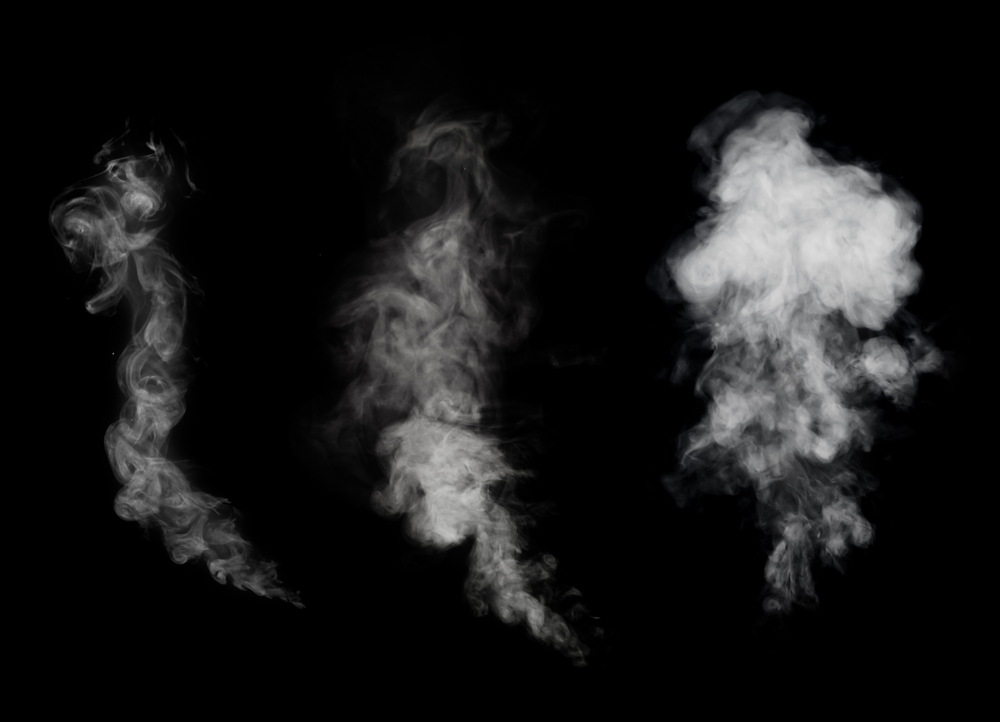 People who live in climates characterized by dry air are more likely to experience a sore throat. Harsh winter conditions may also cause similar pain in the throat, and even the act of breathing in cold air while sleeping can result in a sore throat. Dry air causes throat pain because it dries the mucus that keeps the throat moist. If you live in a climate with dry air, you can drink more water to combat the negative effects of dry air. You may also try mixing honey with warm water to subdue the pain. 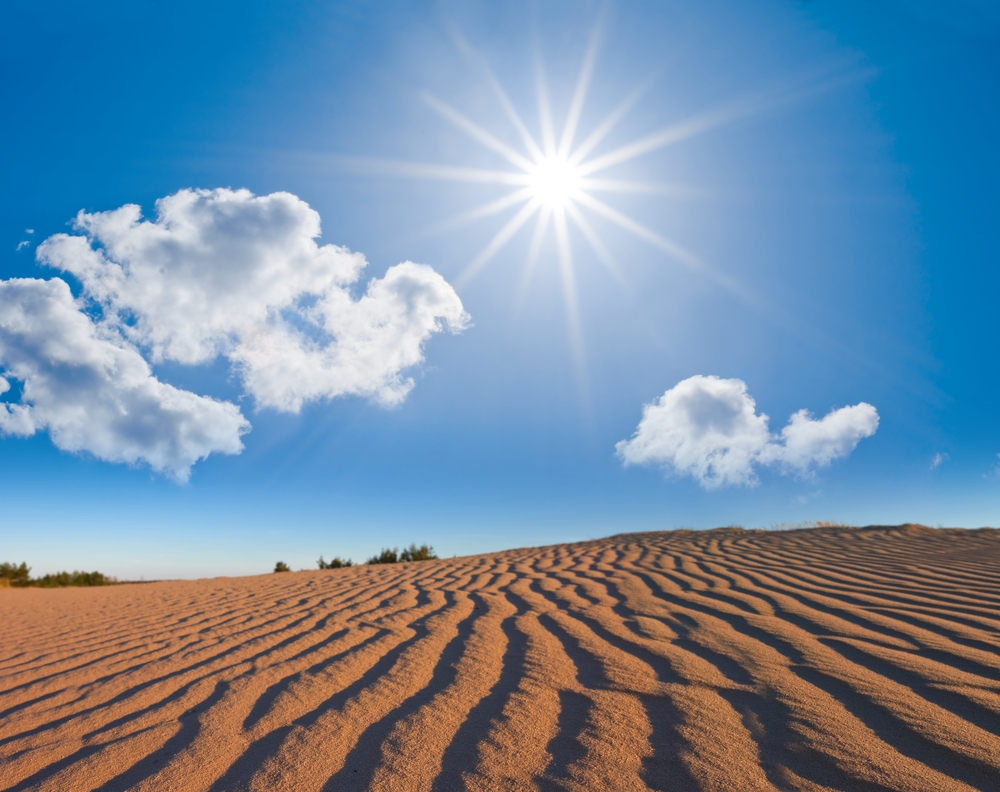 Measles, which is also known as rubeola, is a viral infection that may cause a sore throat. This is a very contagious condition that can rapidly spread through saliva or mucus. It often spreads between people who spend a lot of time with each other. Measles is particularly contagious because it can live on surfaces for up to five hours. During this period, the infected particles can spread through the air, thereby infecting other people. One of the first symptoms you might notice if you get infected is a sore throat, which is usually accompanied by other symptoms, such as a fever. 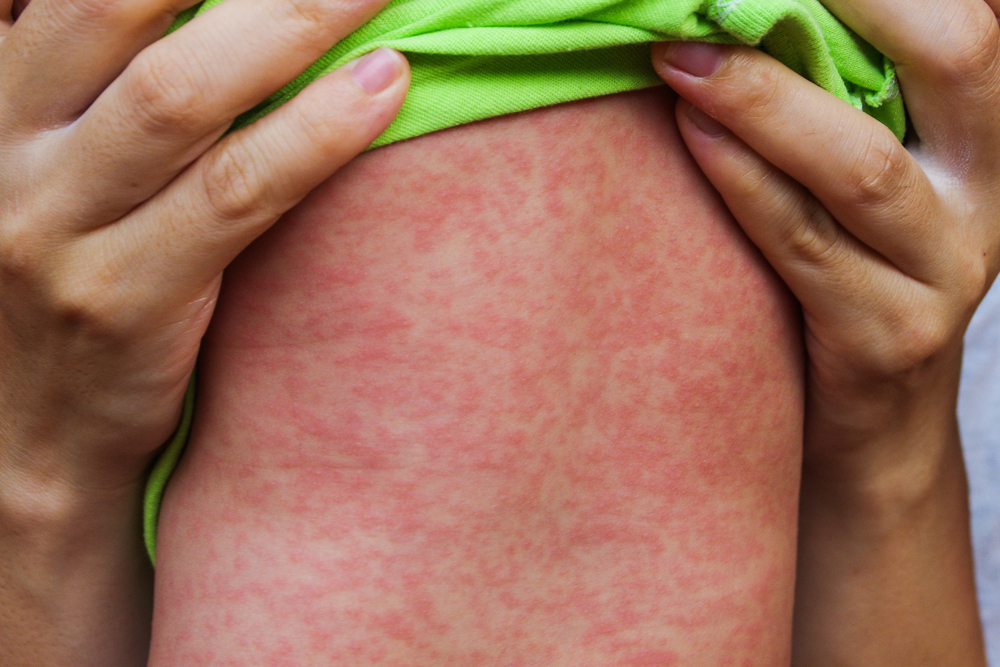 Many bacterial infections and viral conditions may also cause pain to be felt in the throat. Strep, which also causes inflammation and fever, is one type of infection associated with a sore throat. Strep throat is caused by the bacteria A Streptococcus. This condition can affect children and adults of all ages, but it is most common in people between the ages of five and 15. If you have strep throat, then it is important to avoid sneezing in front of other people, as this is the main way of spreading the virus. 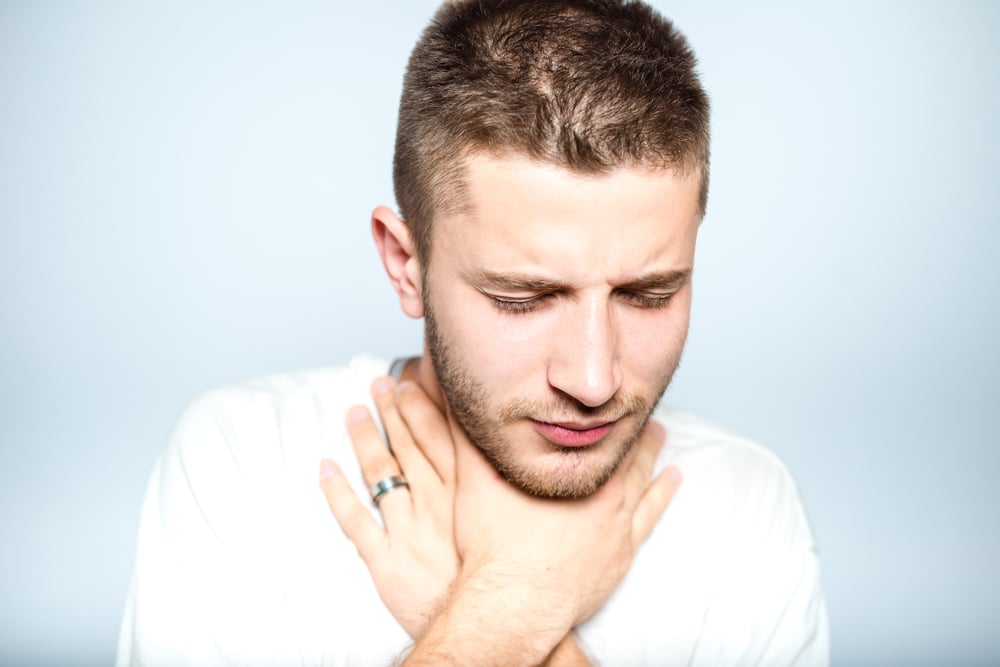 The tonsils, which are a mass of tissue found at the back of the throat, are an important part of the mouth and throat area. They filter air as it enters your airways and trap germs that could potentially cause infections. Moreover, they create antibodies that eliminate infections. In some cases, tonsils may become overwhelmed by an infection or bacteria, causing inflammation and pain. This is known as tonsillitis. Tonsillitis may occur more than once and is most likely to affect younger children. Both bacterial and viral infections can cause tonsillitis. To cure tonsillitis, you will be prescribed antibiotics. 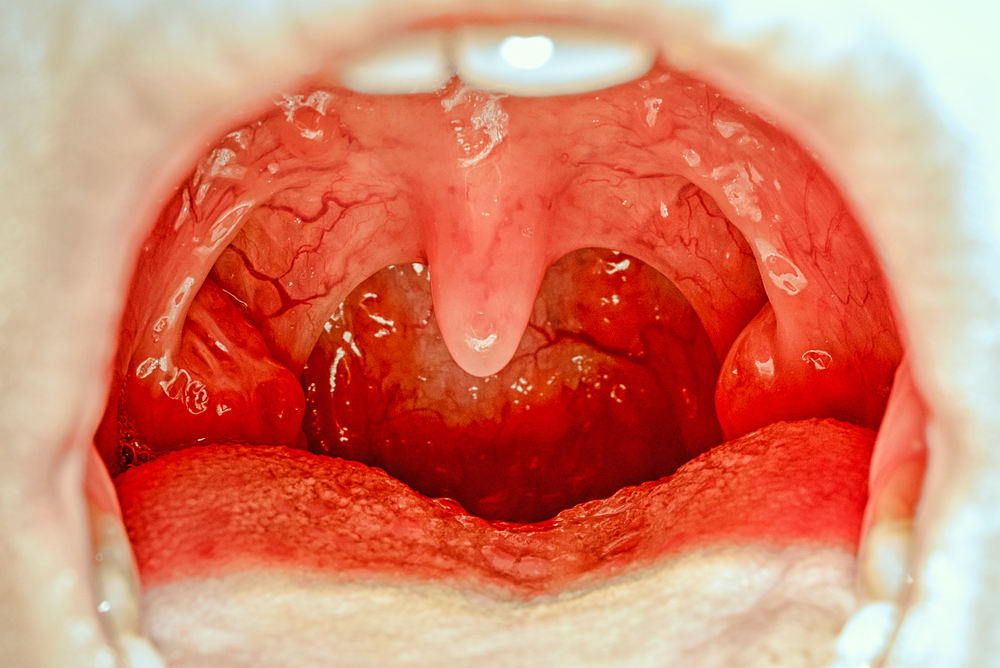 Pollution, especially in and around big cities, is one of the most common causes of a sore throat. Besides a sore throat, pollution can cause many other symptoms to appear, such as a runny nose or dry and irritated skin. Pollution can be especially irritating during the dry, cold winter months, during which the probability of developing an infection rises considerably. To fight the negative effects of pollution, you can drink warm water mixed with honey; this remedy is both soothing and antibacterial. 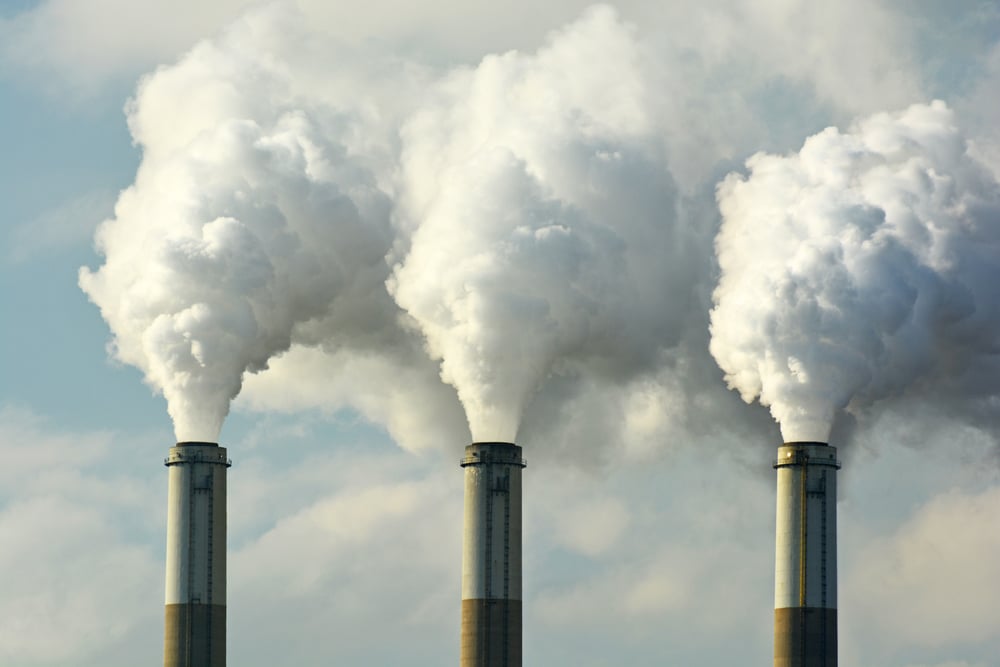 The common cold is one of the most prevalent causes of throat pain. Because cold viruses are very widespread in the fall and winter months, many people can experience some of its unpleasant symptoms. Sore throats that are due to the cold are often caused by viruses, along with headaches, coughing, and a runny nose. To relieve your throat pain, take over-the-counter medication or natural home remedies, such as herbal teas and honey. 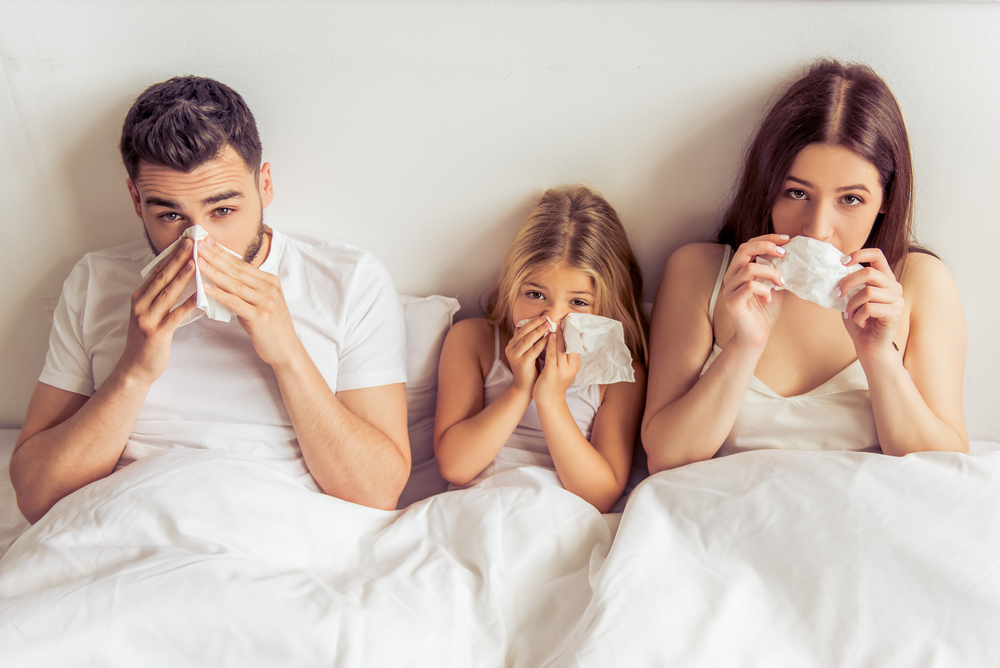 Laryngitis occurs when the vocal cords in the voice box, or larynx, become infected and inflamed. This leads to throat pain, among other symptoms. Laryngitis itself is caused by a variety of conditions, including upper respiratory infection or the common cold. In some cases, overuse of the vocal cords, such as by singing or shouting, can also cause pain and inflammation. If laryngitis is viral, it can become infectious. If you experience a general loss of voice, fever, throat pain, and hoarseness, you may have laryngitis. 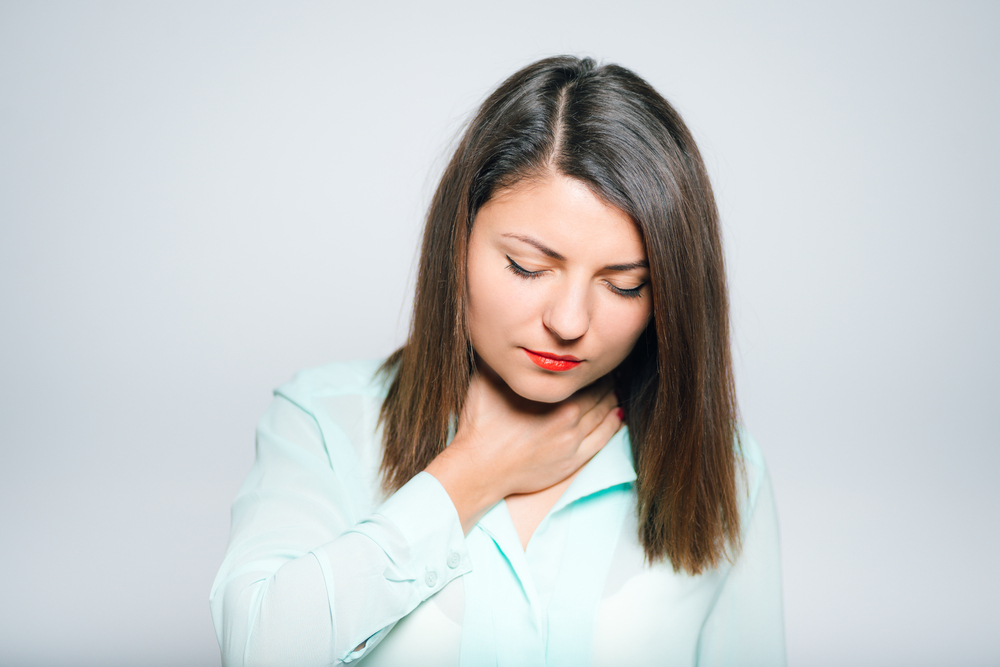 The flu - medically known influenza - is a contagious condition caused by the influenza A and B viruses. Because of its infectious nature, the flu tends to affect a large number of people. This condition is especially frequent during the early spring and the winter months, but it can also occur during summer months. The flu spreads by infecting the upper and lower respiratory tracts. Even though there are a lot of similarities between the flu and the common cold, the flu is more serious and will often leave you feeling weak and exhausted for a few days. 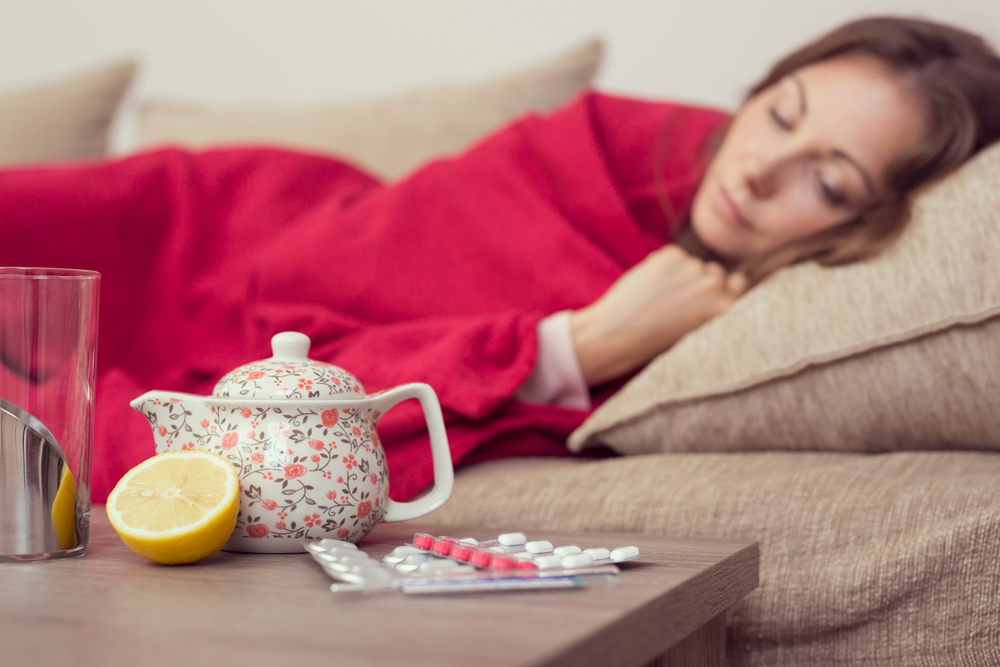 Chickenpox is not considered to be a deadly and dangerous disease, and most children who have not been vaccinated against chickenpox will develop it at some point. It can also occur in adults who didn't develop it as a child. In many cases, chickenpox may cause a sore throat. Luckily, in most cases, chickenpox is not severe and will usually clear up within a week. In rare cases, it can persist for more than a week. For some groups, it can be dangerous. These groups include pregnant women, newborn babies and people with weakened immune systems. 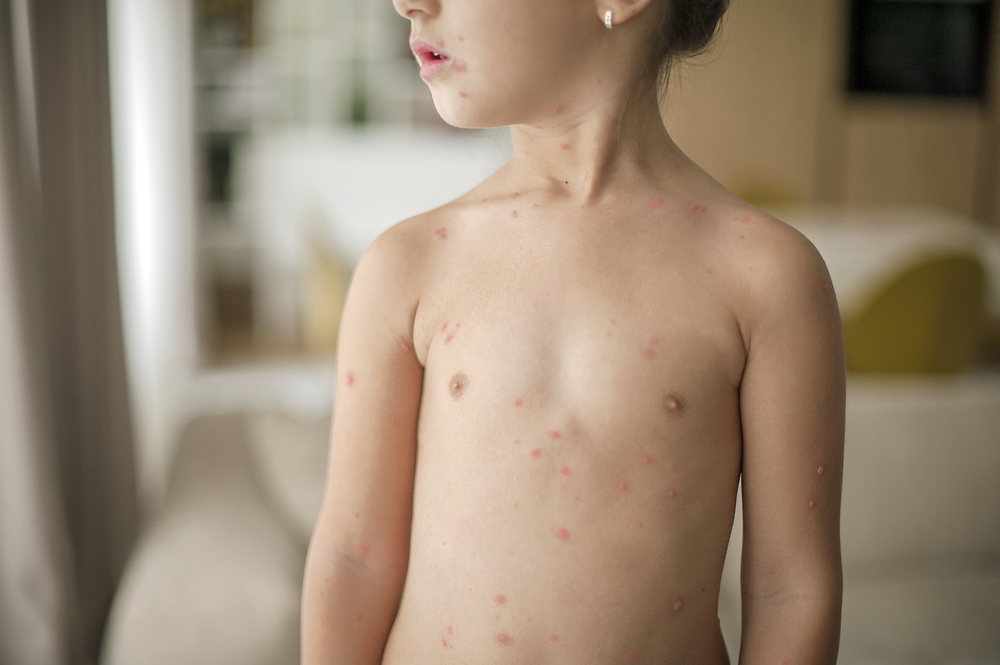