What is Lichen Sclerosus? Symptoms and Treatments

Lichen Sclerosus is a rare skin condition. It is characterized by patches of white skin which is thinner than usual. It can occur in any part of the body. However, it most commonly occurs in the skin of the vagina's vulva, in the foreskin of the penis, and on the skin around the anus. Anybody is susceptible to it. However, this disorder is most common among postmenopausal women. When this occurs in the arms or upper body, the disorder usually goes away without treatment. If needed, you may have some cosmetic treatment to normalize the appearance of your skin. If the patches appear on the genitals, you'll need medical treatment. Scientists have yet to determine what causes the disease. They do know that it is not contagious. This means that it doesn't spread through physical contact, not even sexual intercourse. They have only offered theories on what are the factors to its development. One theory states that there has been some prior damage to that area of the skin. Others say it is due to some hormone imbalance or even perhaps an overactive immune system.

1. Tiny white spots on the skin

White spots appearing on the skin is an early indication of the disease. Such spots are smooth and shiny, and they eventually will grow into larger patches. Much later, the skin becomes thinner, crinkled and can easily tear. As a result, bright red or purple bruises will commonly appear. At times, expect some skin scarring. This is for more severe cases. If the disease is mild, there may not be any symptoms at all. Patches that occur on the arms and upper body usually may not need any treatment. The patches will eventually just disappear. 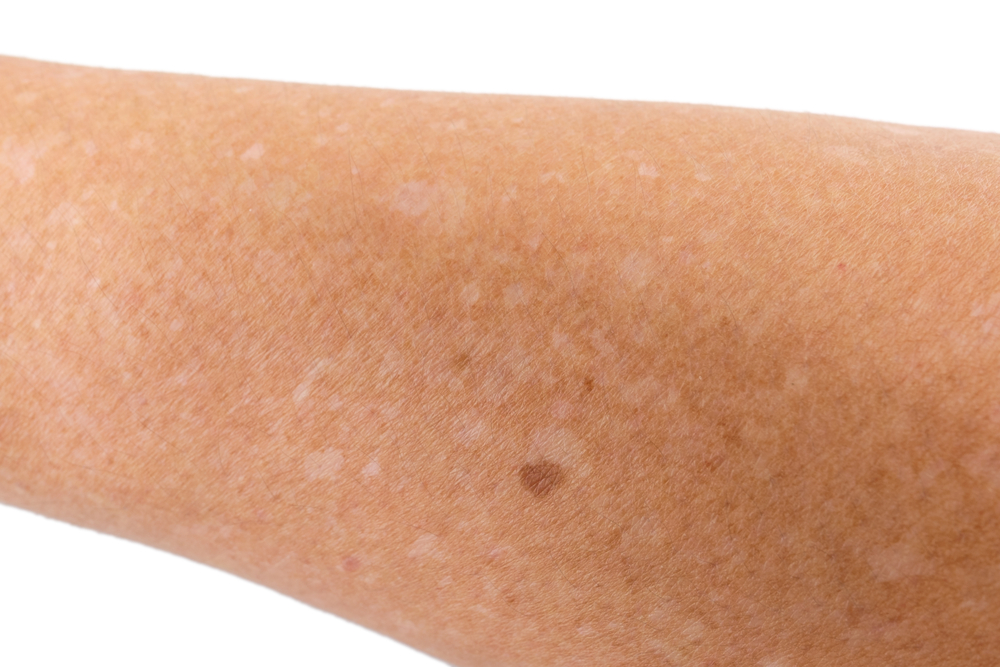