Polymorphic Light Eruption is a rash suffered by people who have a severe sensitivity to light. The word Polymorphic in the term means that the rash can take on many forms. This rash can appear as red splotches, tiny red bumps or slightly raised patches of skin. This condition most often occurs during the spring and summer months. Anyone with this condition has a form of photosensitivity. Polymorphous light eruption is the most common light-induced skin disease.

Who Gets Polymorphic Light Eruption?

Polymorphic light eruption, also known as PMLE mostly affects women aged 20 to 40. However, it affects children and males in 25 percent of all cases. This condition is most common in areas of the world where sun exposure is less common, such as Northern Europe. It is also more common in areas which have higher altitudes while being less commonly found in people living at sea level altitudes. Polymorphous light eruption (PMLE) affects about 10% of the US population. This condition affects all racial skin types. 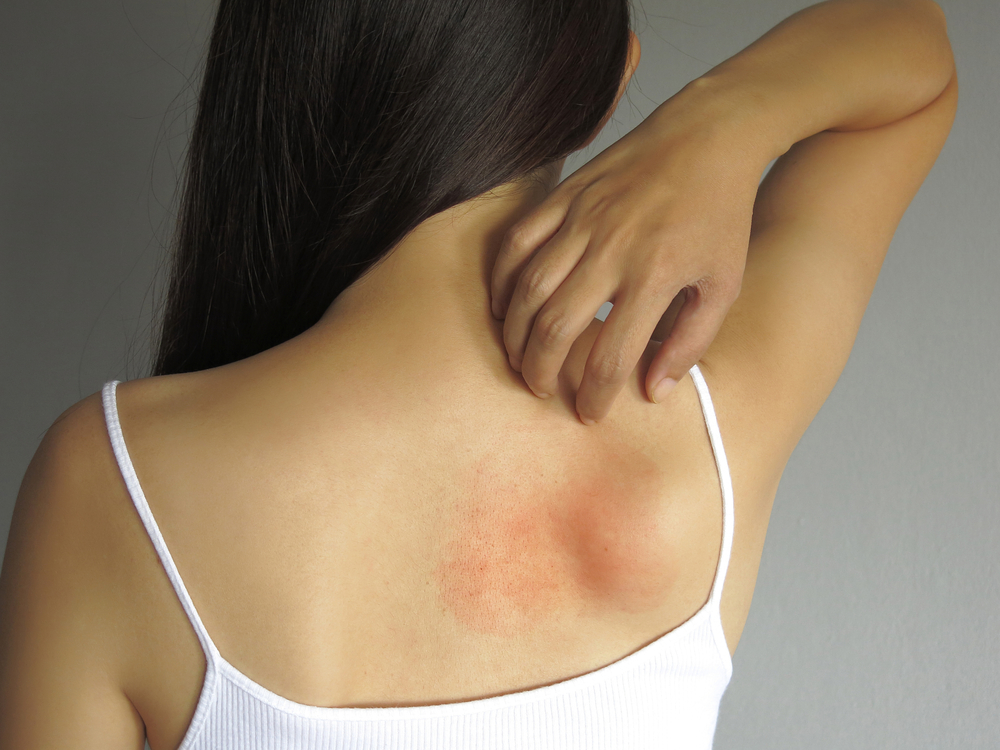 The exact cause of polymorphous light eruption is not totally clear. People affected by PMLE are sensitive to light, in particular, they are affected by the ultraviolet light spectrum. This sensitivity causes an immune system response that results in a rash. Genetics are suspected to play a role in the cause of PMLE. Polymorphic light eruption condition is the result of a delayed hypersensitivity reaction to a compound present in the skin that is altered by exposure to ultraviolet radiation. Patients with PMLE have a reduction in the normal UV–induced immune suppression in the skin, which causes the rash. 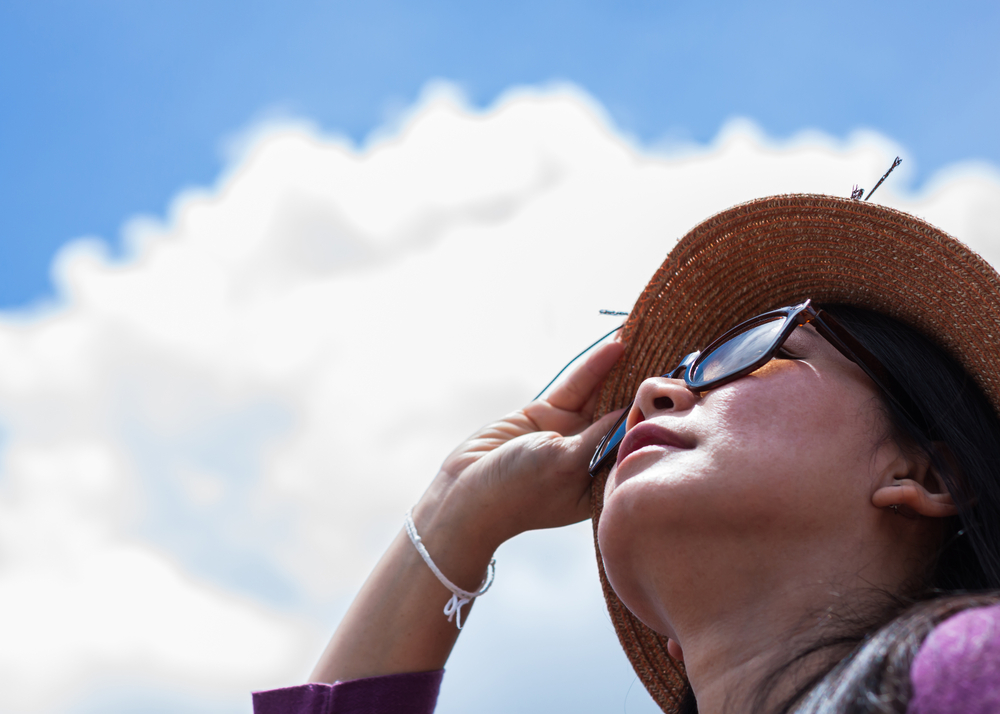 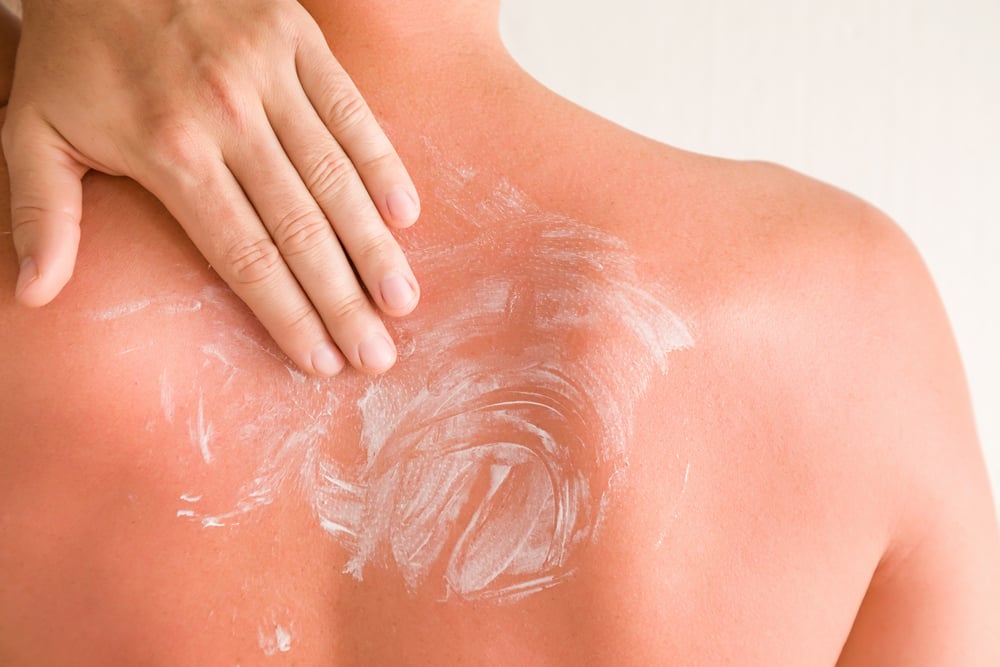 People with polymorphic light eruption can react to UV radiation more severely than those who do not suffer this disease. UV radiation is simply a wavelength of sunlight invisible to the human eye. UV light has two wavelengths; UVA also called ultraviolet A and ultraviolet B or UVB. Patients with PMLE can react to both types of UV radiation. UVA can penetrate most Sunscreen, as well as glass, so patients with PMLE may still be affected by UVA indoors or while wearing sunscreen. 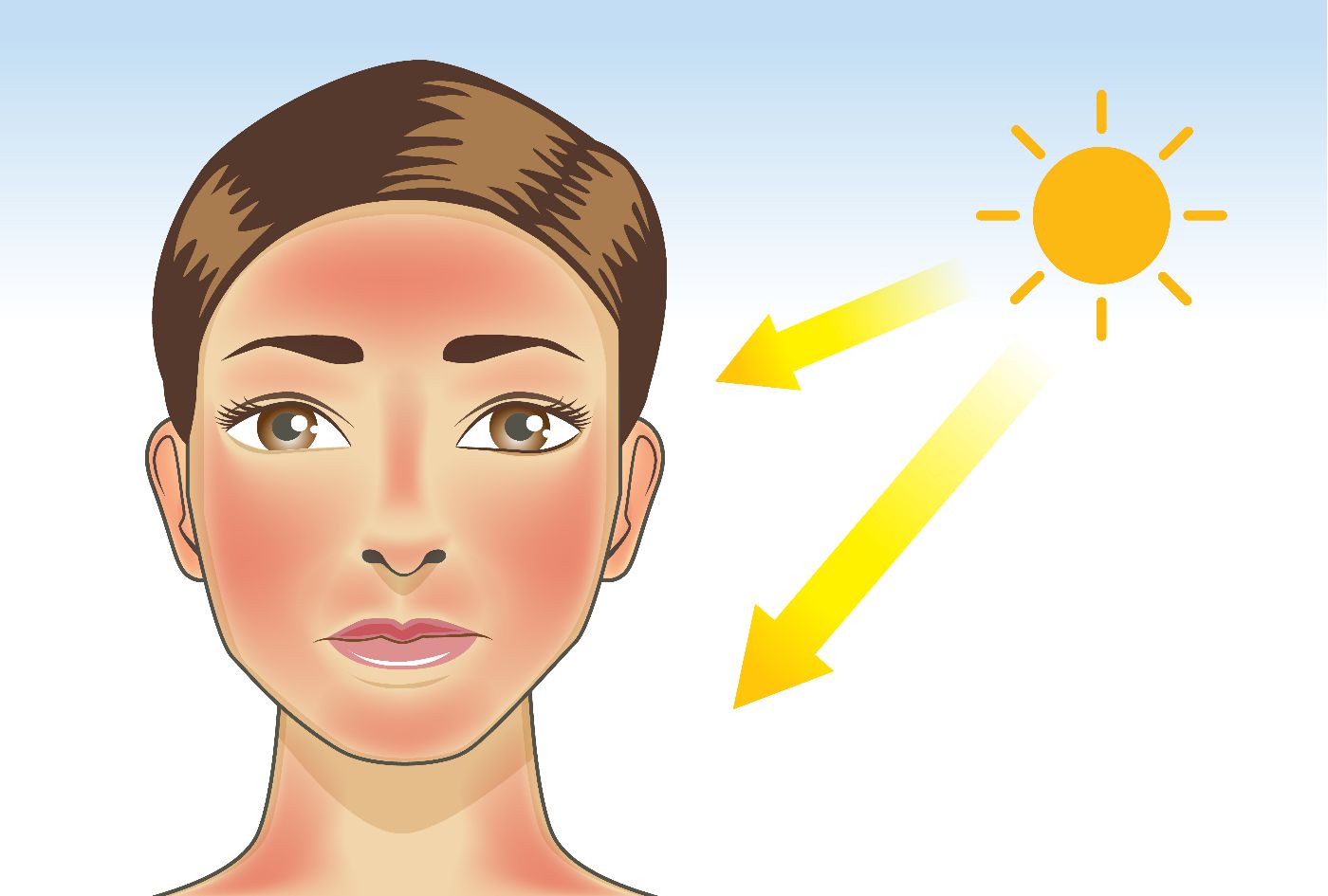 Patients experience a rash called an "eruption" during an episode of a polymorphic light eruption. This rash appears on areas of the skin which have been exposed to sunlight. The rash can take on many forms, from red bumps to pink splotches all over the skin. Blisters may occur. The rash is often accompanied by itching or burning and is generally highly unpleasant. In rare cases, patients might suffer from fever, chills, nausea or a headache. These symptoms may also be the result of sunburn and not a polymorphous light eruption. 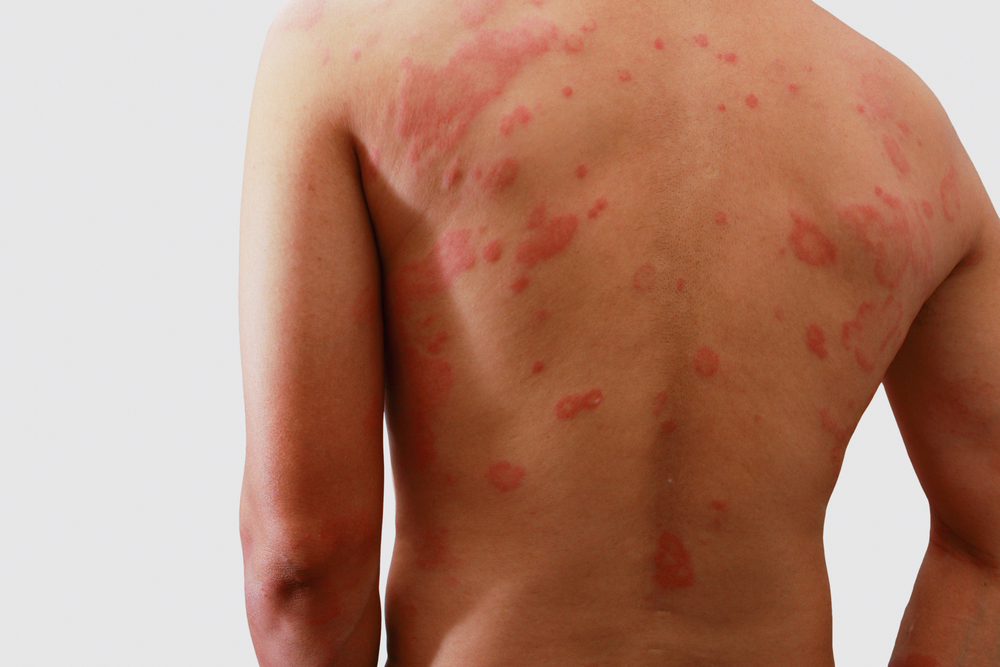 Severe bouts of PMLE may lead to anxiety, depression and emotional distress. This is more common in females than in males. Polymorphic light eruption can affect one's ability to work outdoors, where prolonged exposure to the sun may further aggravate one's condition. After healing the affected areas can heal with either increased or decreased pigmentation, which will result in skin blemishes. Secondary or superimposed infections may result if the affected patient picks or scratches the resulting blisters. 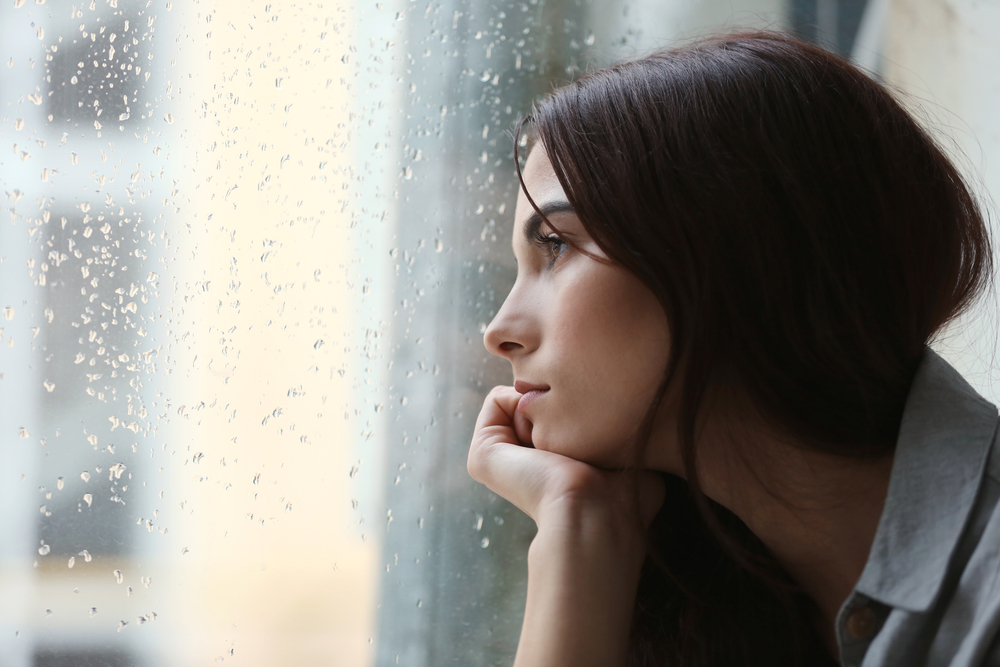 The rashes associated with polymorphic light eruption can last for several days, or longer if the affected skin is exposed to more sunlight. Oddly enough repeated exposure to the sun can lessen the severity of future outbreaks. Indeed some patients end up with complete remission to PMLE after repeated exposure to the sun. Polymorphic light eruption can be the first sign of lupus erythematosus, but this is rarely the case. 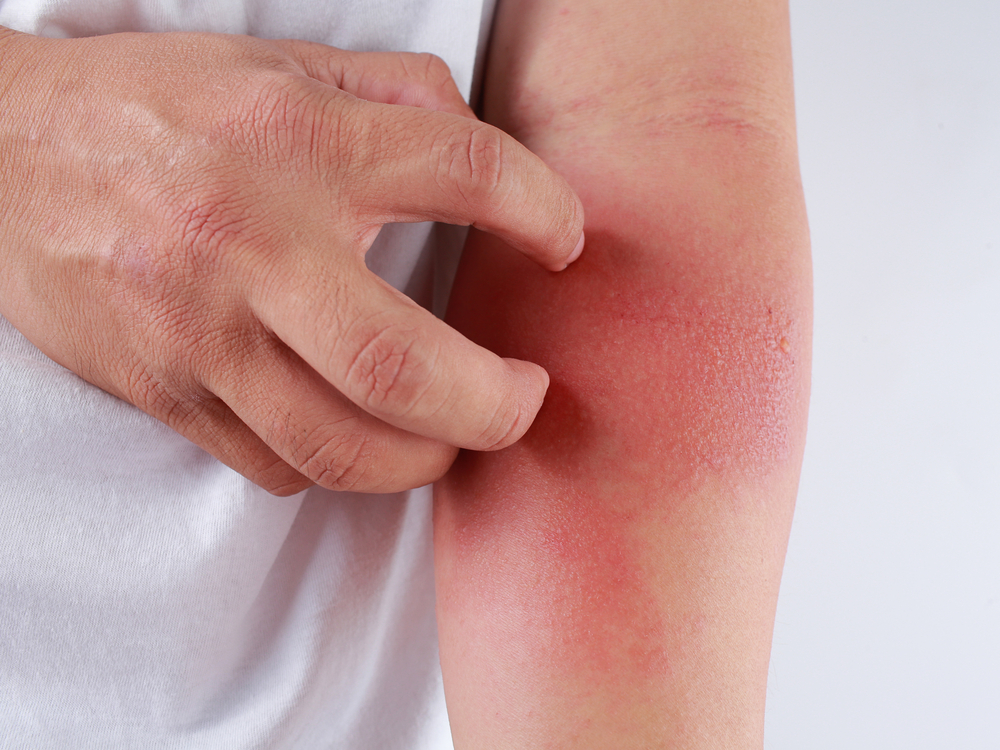 How is Polymorphous Light Eruption Treated?

Treatments for Polymorphous Light Eruption can leave the patient with an excellent prognosis and recovery. The most common treatment is antiseptic and anti-inflammatory topical ointments, lotions, and creams. Aloe Vera products over the counter can provide both relief and healing. One should avoid any topical application which includes petroleum products as these may worsen the condition. Photochemotherapy using ultraviolet A or UVA,) light in a controlled setting can help mitigate the intensity of further outbreaks of a polymorphous light eruption. 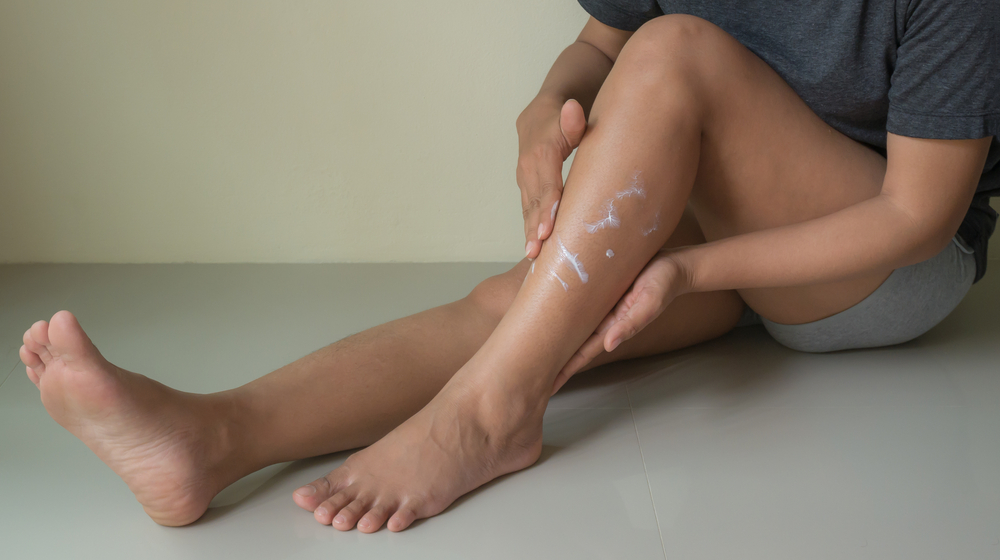 How can Polymorphous Light Eruption be Prevented?

One can help to prevent PMLE by avoiding prolonged exposure to the sun. You should also use a sunscreen that protects against both UVA and UVB radiation; not all sunscreens protect you from the suns UV rays. Talk to your dermatologist about photochemotherapy using UVA light as a preventive measure. 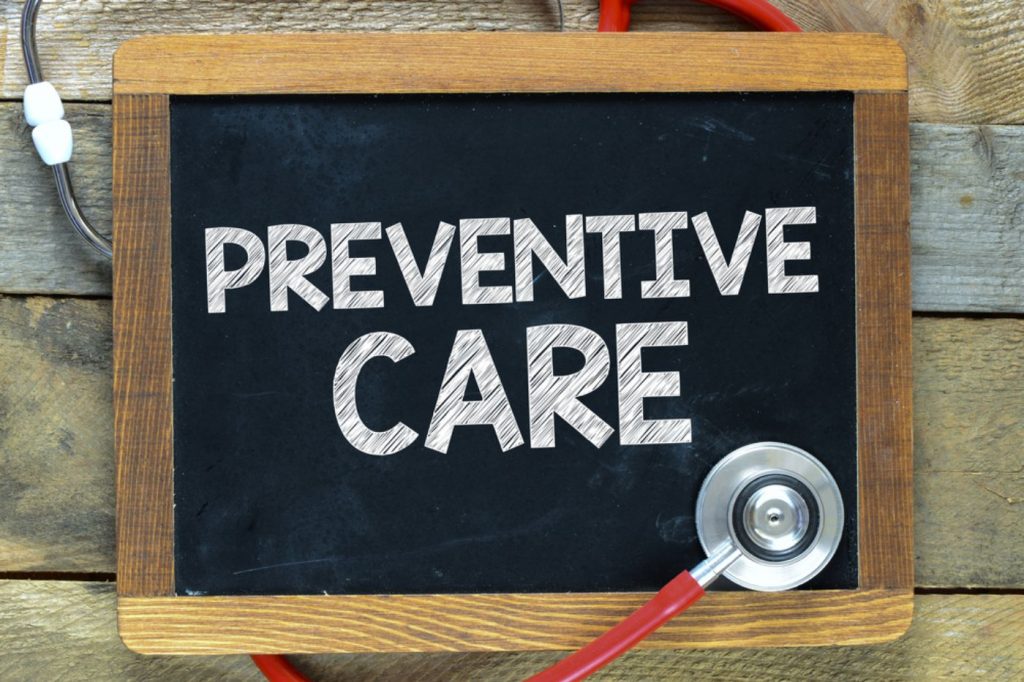 What Is The Prognosis of Polymorphous Light Eruption?

The prognosis of polymorphous light eruption is often excellent if a patient seeks appropriate treatment. Many patients find the severity of symptoms diminishes or altogether cease over time. Patients who suffer from PMLE should avoid prolonged exposure to any ultraviolet radiation again. Treatment is more successful if the patient does not pick at the blisters or aggravate the resulting rash. If you follow up with treatment as prescribed by your dermatologist or primary care doctor, your rash and blisters will heal rather quickly. 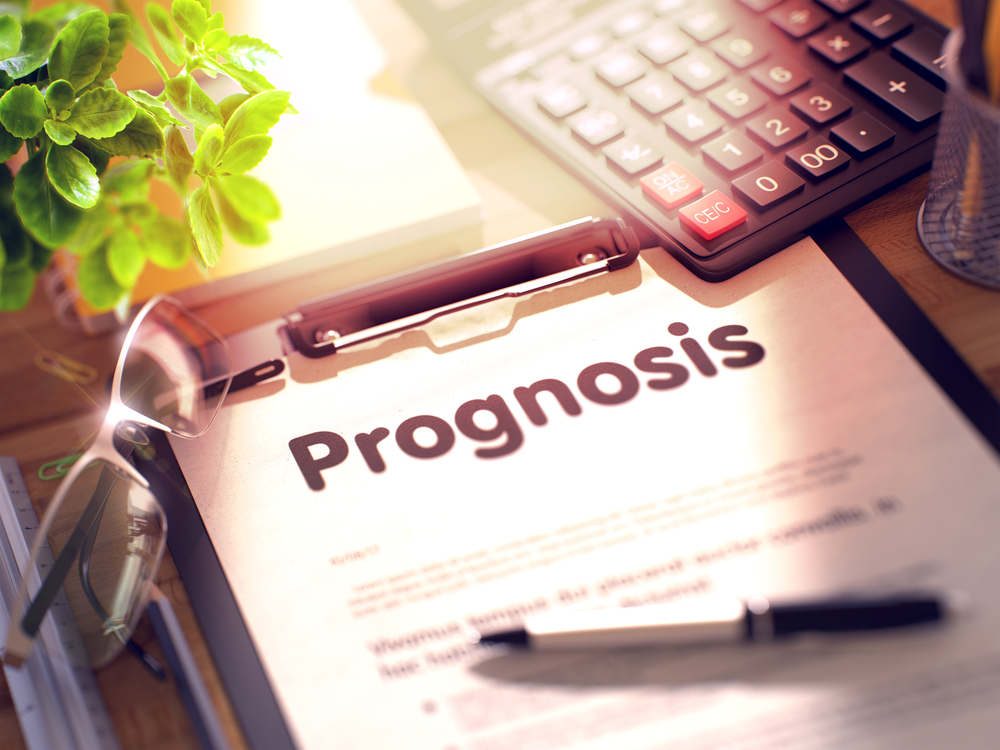