10 Symptoms and Treatments of Bullous Pemphigoid

Bullous pemphigoid is a skin disorder. Although rare it can make one very uncomfortable. This is because of the occurrences of blisters on the skin's surface. Furthermore, there is no known cure. The best that doctors can do is to prescribe medications. They may relieve symptoms, reduce inflammation, heal the blisters, and relieve itching. There are body areas which are commonly targeted by the disease. These include the linings of the mouth, nasal passages, lower abdomen, and more.

Bullous pemphigoid usually comes with big, fluid-filled blisters. These develop primarily on body parts subjected to flexing. The lower abdomen, thighs, and armpits are usually the main targets. What causes bullous pemphigoid isn't well understood. But blisters occur mainly because of a malfunction in the immune system. Certain medications can even trigger the disease. Bullous pemphigoid is most common with older people 60 and above.

Rashes before the blisters appear

The disease usually starts with a red, itchy rash which could last for weeks or months. Then large, itchy blisters which contain fluid usually appear on the red patches. They appear just beneath the skin's surface. The blisters which contain some blood are thick and don't rupture easily. However, ruptured blisters are sensitive and painful. Treatment at this point usually involves antibiotics, either creams or ointments. Using this treatment is advisable to prevent further infections. There are several antibiotics available which your doctor may recommend. 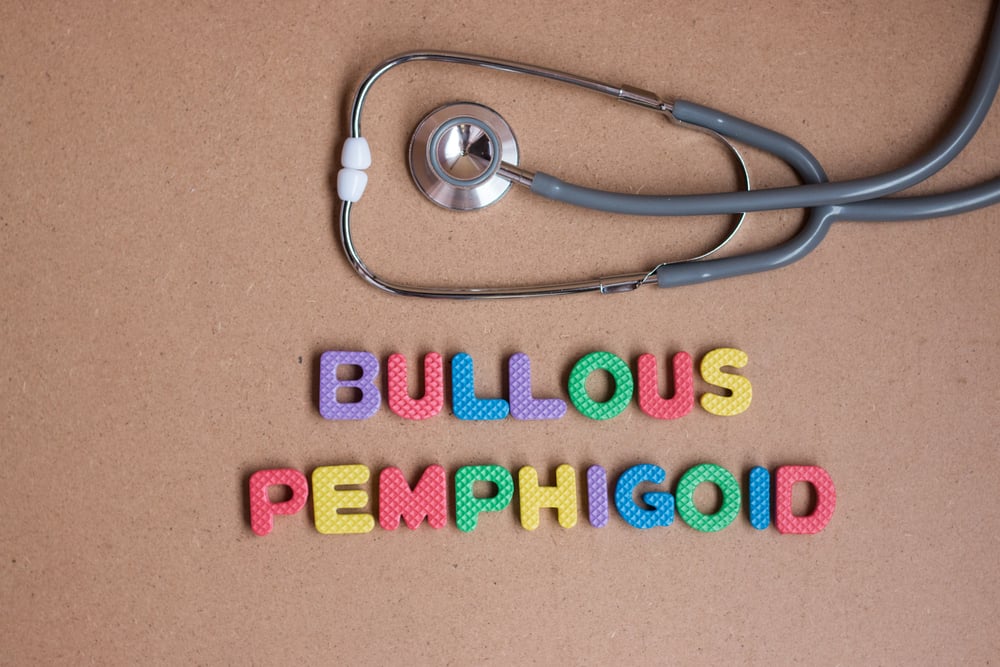 After the preliminary symptom follows the emergence of large, bulbous, and tough blisters. The fluid within is usually clear but may at times have some blood. The skin surrounding the blister may seem normal. At times, the skin could be darker than usual or even reddish. The main goal of treatment is to decrease the formation of blisters. Doctors will try to promote their healing and determine the medication needed. Treatment of the disease may vary. It depends upon pre-existing conditions, the severity, and other factors which are patient-specific. 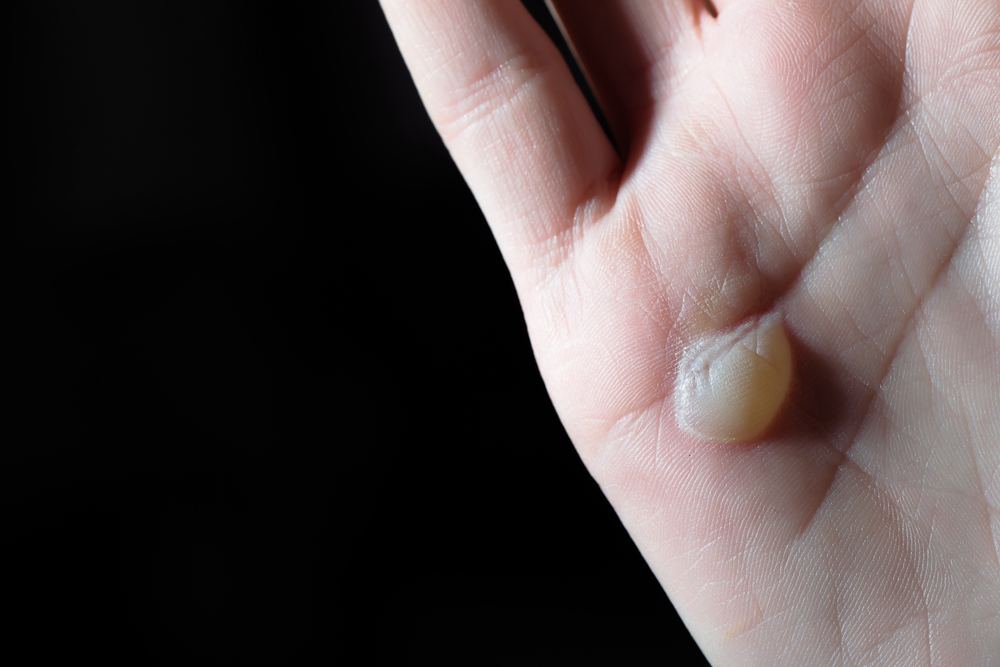 Blisters have a distinct appearance

The appearance or description of blisters is same for all patients. Almost all blisters which form are large, fluid-filled, and come with rashes and welts. As mentioned earlier, the fluid contained therein is almost clear. Blisters predominantly occur in body parts that are usually subjected to frequent flexing. Some blisters can have reddish rings around them.

The size of blisters may range from small to severe. At times, the blisters can cover huge areas of the body. Those who suffer from bullous pemphigoid usually suffer from other autoimmune conditions too. Pills are the most common medication used to treat the disease. You can also use corticosteroid ointment on affected skin areas. This is more recommended because it causes fewer side effects. 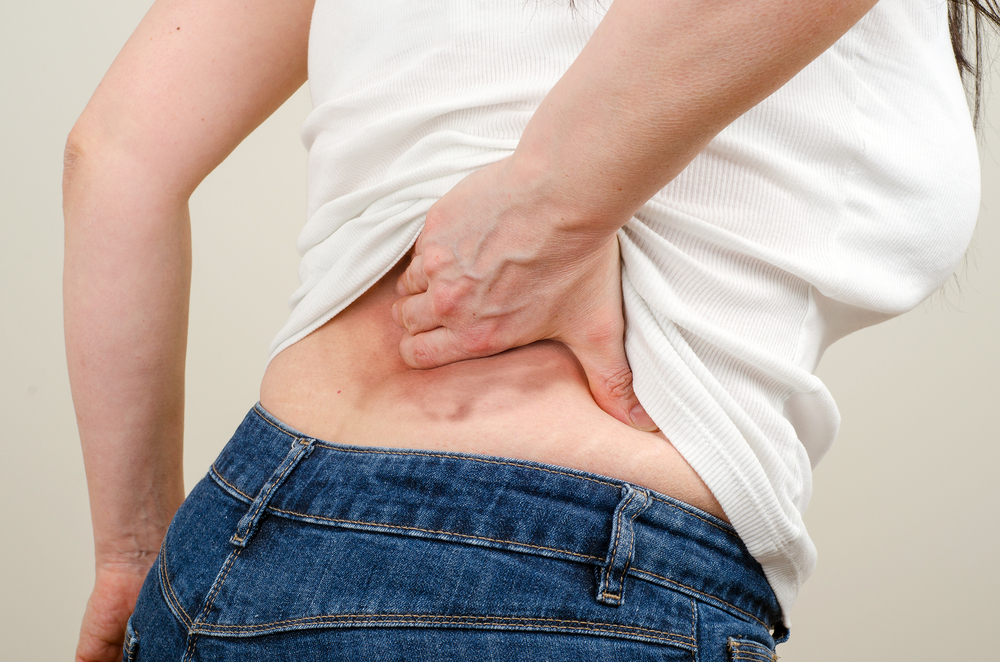 Burning and itching of the skin

On later stages, the patient may experience intense itching and burning sensations. Sores or blisters may also start developing in the mouth and eyes. With those in the eyes, it will be very likely that scarring will take place. On this stage, immediate diagnosis and treatment become imperative.

For the itchiness and blisters, you can use steroids as a treatment. They help to reduce inflammation and at the same time, stifle the immune system. You would need large doses of steroids as an initial treatment. This will provide faster action against the blisters. When the symptoms diminish, you can use lower dosages. You'll need this for maintenance and reduction of the symptoms. 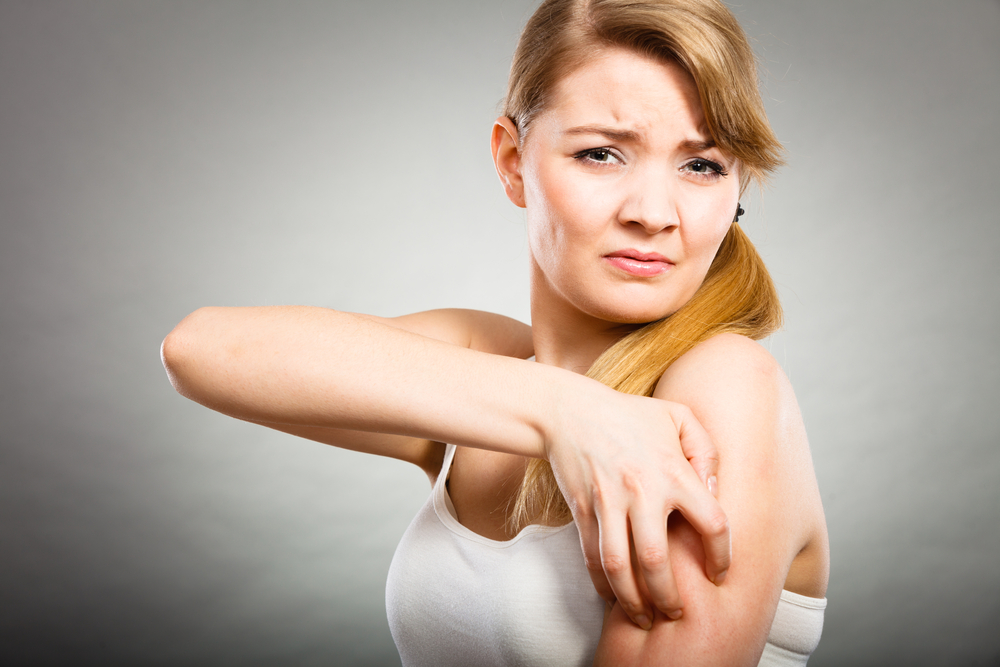 It's difficult when bullous pemphigoid starts affecting the mucous membranes of the mouth. This can cause a lot of pain, burning sensations, and the peeling-off of the infected lining tissues. The mouth also becomes very sensitive to acidic foods. With the blisters inside the mouth, eating becomes an excruciating ordeal. The involvement of the deeper parts of the throat may cause coughs, causing a lot of discomforts.

The oral mucosa or the mucous lining of the mouth is rarely affected and isn't something to worry about. However, you shouldn't take things for granted. It's always important to administer wound care to avoid the worsening of a condition. Such care also prevents the occurrence of any infections. 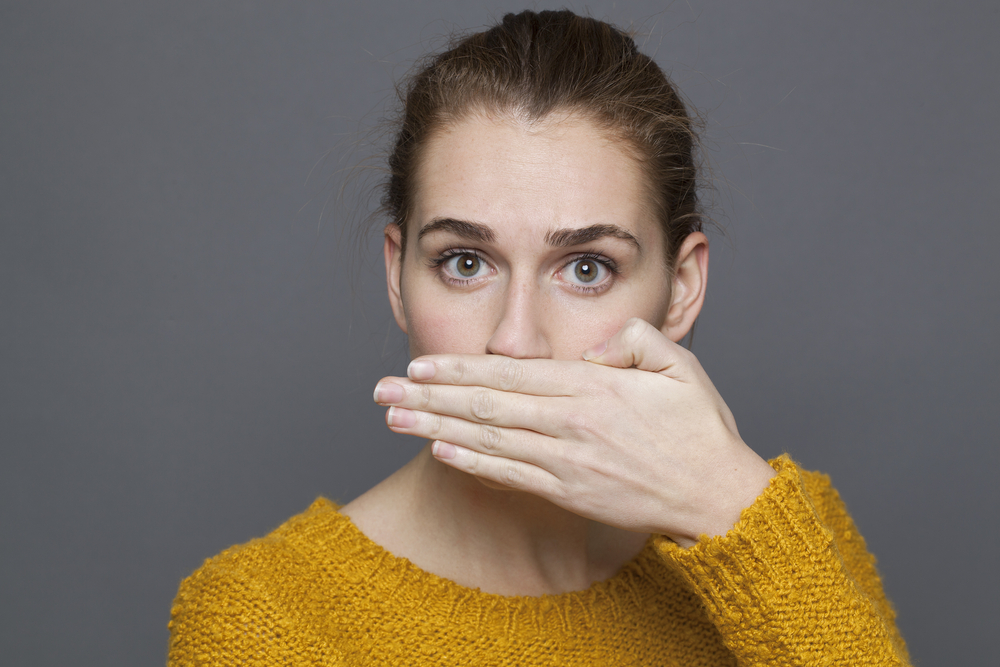 Hives are a common disorder among individuals. Also known as urticaria, they are itchy, raised welts that are primarily found on the skin. Usually red to pink in color, hives can sometimes sting or hurt, but not seriously.

In this case, the hives come out because of bullous pemphigoid. You can treat them with allergy medications. Most rashes go away on their own without the need for medication. But you may have chronic cases or hives accompanied by severe allergic reactions. In such cases, you may require medical attention. 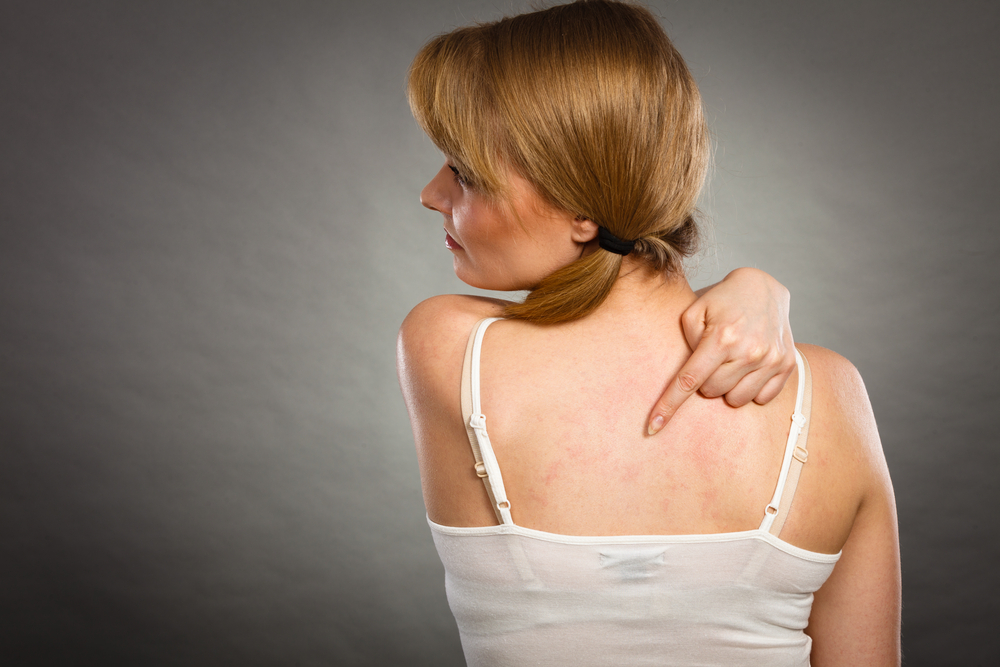 With bullous pemphigoid, this symptom is rare. But when it happens, the lesions may start with a persistent urticarial lesion. It would gradually develop into a bullous eruption.

If left untreated or uncared for, the lesions can persist for months and even years. Then there are periods of remissions then exacerbation. Medical help should be sought when a doctor diagnoses this condition. 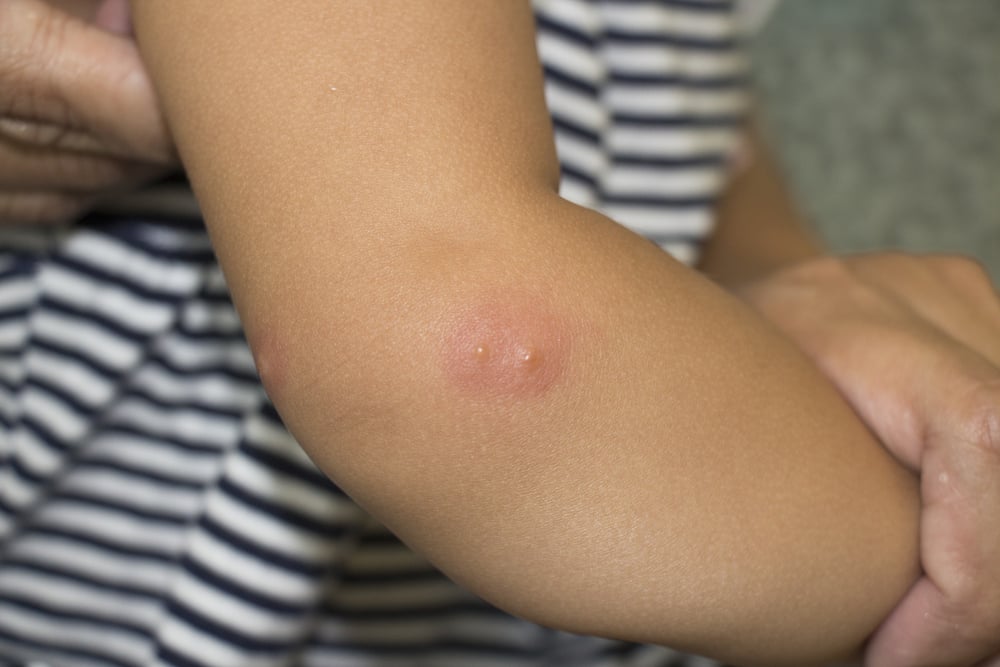 Blisters on the mouth and nose area

As aforementioned, the cause of bullous pemphigoid isn't known. But it's an autoimmune skin disease characterized by blisters. It usually targets body parts subjected to flexing. But the disease can also involve the lining of mouth and nose.

A biopsy will ultimately confirm the presence of the disease. Treatment is usually individualized. It depends on the location and the severity of the disease. 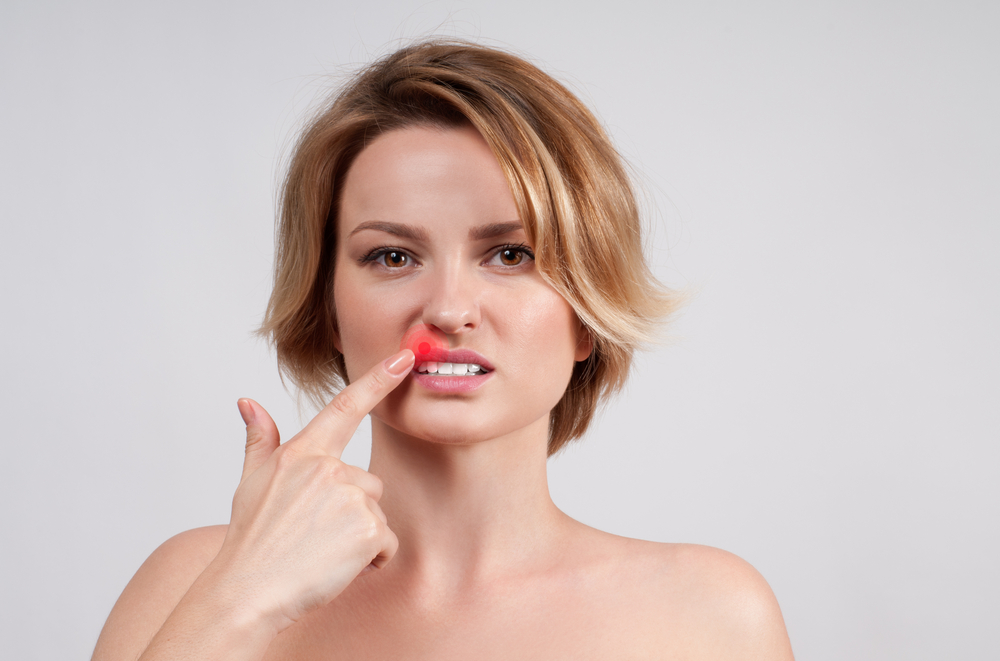 Changes in the skin

Itchiness is one of the first symptoms of bullous pemphigoid. It comes before the appearance of blisters. Large raised areas looking like hives may develop. The body has a defense mechanism against foreign entities. The immune system will start forming antibodies directed towards the skin. This will result in large, tense, and very itchy blisters.

To start the treatment, doctors will prescribe corticosteroid creams. You need to apply them to the skin directly. This will lessen the need for oral drugs. Sometimes though, you may have large blisters on large areas of the body. In such cases, your doctor may prescribe an oral medication. Dosage is steadily reduced after some weeks. With proper care, the patients become symptom-free after some months treatment. 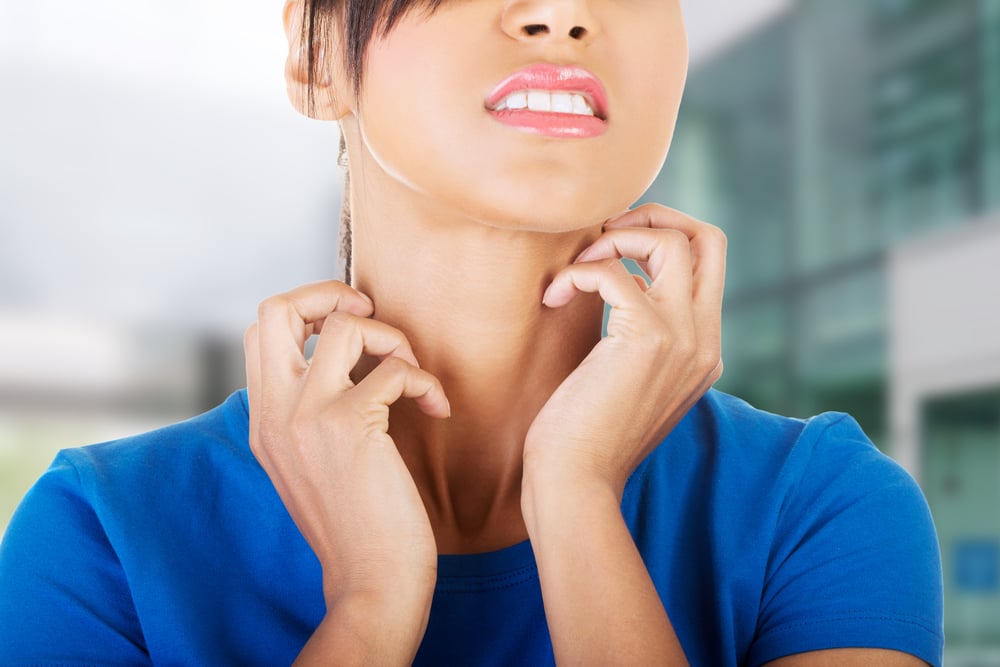 One may suffer from chronic or mild bullous pemphigoid. But this will not substantially disturb the patient's general health. In its more severe form, it can significantly affect the lives of the person involved. You can treat mild cases with the topical application of corticosteroid creams. Sometimes, however, you need to take a high dosage of steroids internally.

When the bullous pemphigoid disease becomes severe, immune suppression drugs are highly recommended. The doctor may also administer medications to counter inflammations. Another treatment which involves intravenous infusions of immunoglobulin is suitable for severe cases. 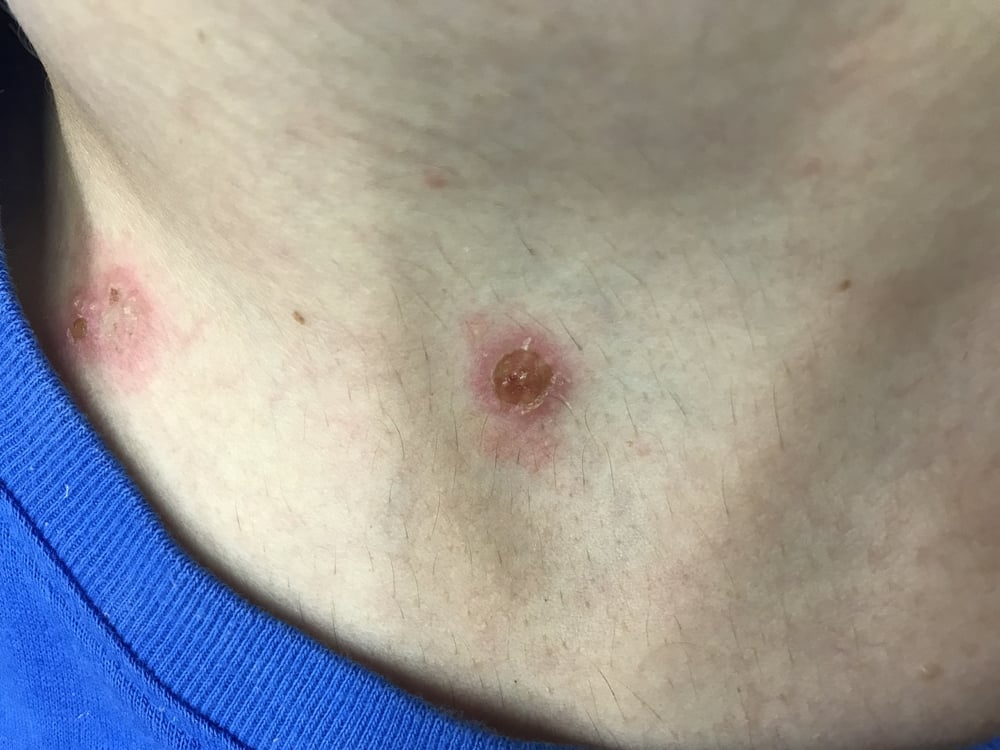