What to Do When You or Someone Else is Choking

Choking is a frightening event. Parents of small children and infants are ever-vigilant to what their child ingests, and people who live alone worry about what would happen if they started choking. The caretakers of elderly or disabled people are also aware of this threat. Luckily, many practical steps can be taken when someone is choking to prevent the situation from turning life-threatening.

The first way to identify whether someone is choking is to look for typical signs, including

Victims may also instinctively attempt to cough or strike their chest in an attempt to dislodge the blockage. 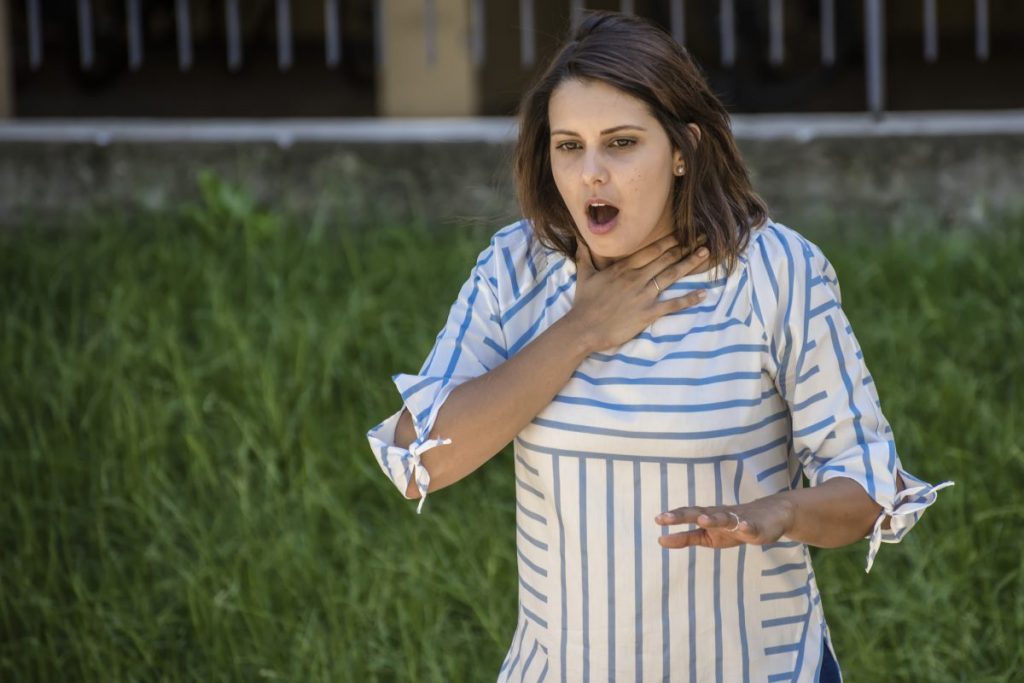 If You are Choking: Cough Forcefully

If you are alone and you begin to choke, the first step towards dislodging whatever has blocked your airway is a forceful cough. If you can still aspirate, this will be much easier. Take a deep breath and cough as you would when coughing up phlegm. If you cannot first take in air, do not panic. You still have enough air in your lungs to eject the blockage. 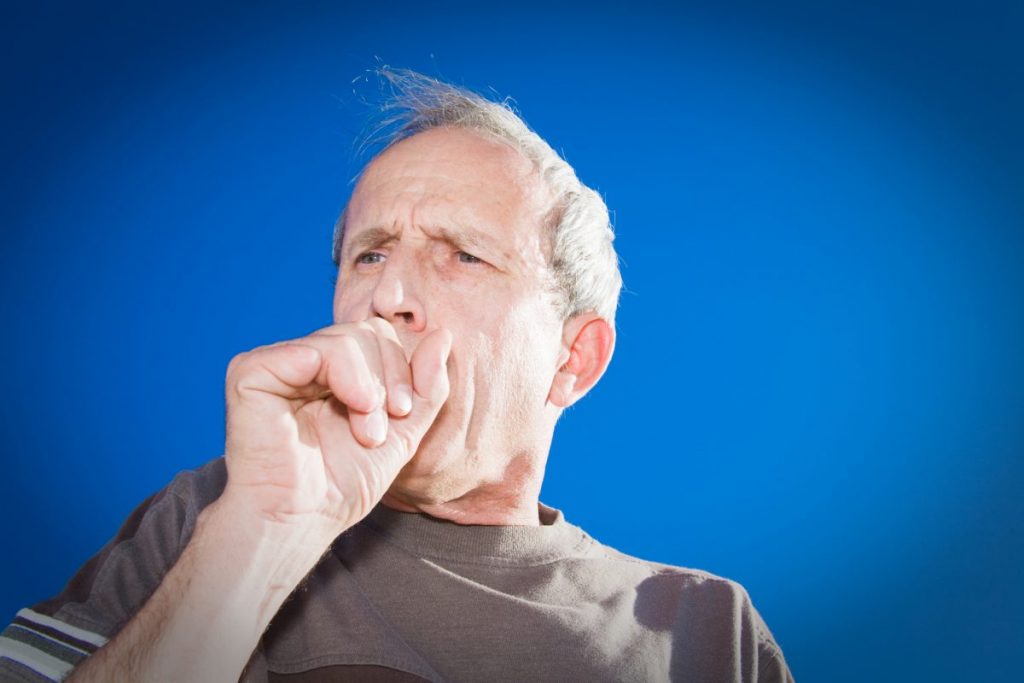 Perform the Self Heimlich

The Heimlich maneuver does not require two people. You can perform the maneuver on yourself with the help of a tall object such as the back of a chair. Make a fist with your hand, and place the thumb of that hand directly below your ribcage. Holding that hand with your other, thrust it up and towards your ribs. If you have a chair available, press the same navel-ribcage area into the back of the chair and push your abdomen into it with an upwards motion. 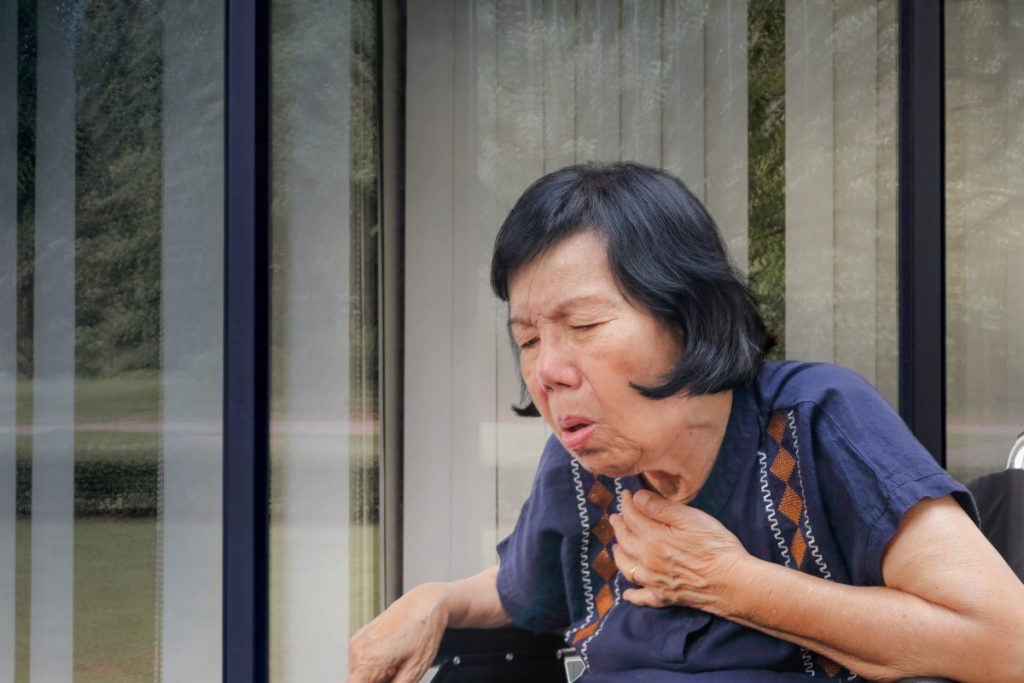 Even if you can't speak or make a sound, it is important to call 911. Dispatchers will send help to any call, whether or not you can state what is happening. The chance of brain damage from lack of oxygen increases exponentially after about six minutes without breathing, so urgency is important. Even if you can help yourself before emergency services arrive, the Heimlich and coughing can cause internal injuries. A brief visit to the hospital can rule out any other injuries. 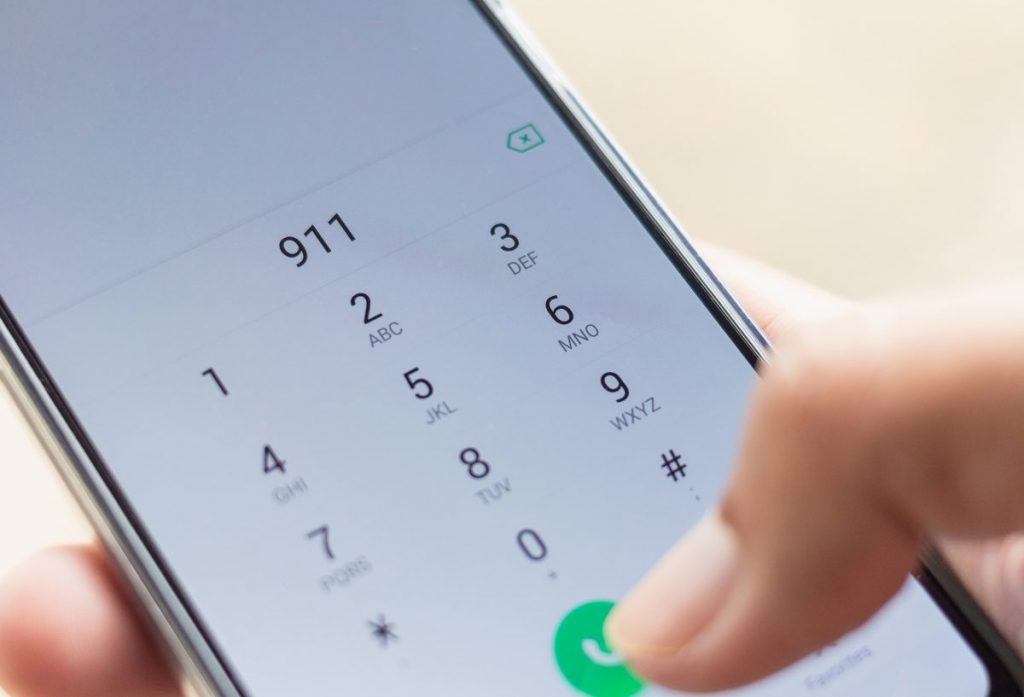 If Someone Else is Choking: Perform Back Blows

If you are with someone and they begin to choke, back blows are the first step to helping them. Place the heel of your hand, the place between your palm and wrist, between the person's shoulder blades. Leaning them forward slightly will ensure the object moves upwards when force is applied. Strike this spot about five times. If this is unsuccessful, abdominal thrusts are the next option. 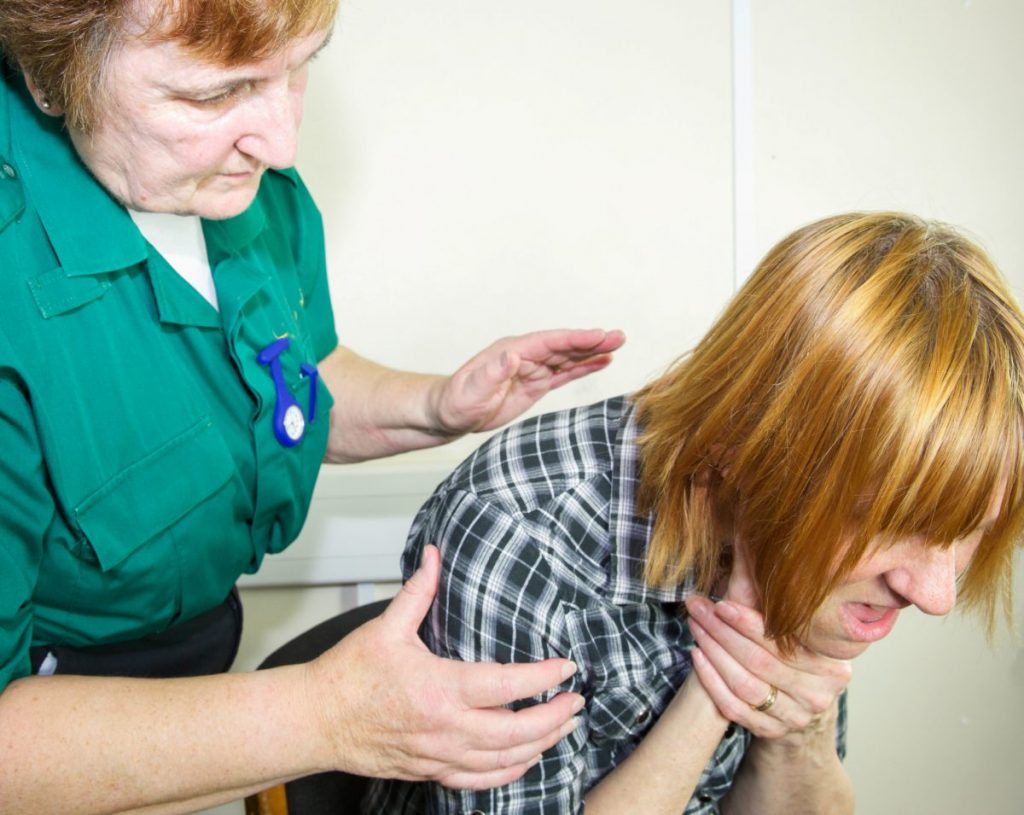 The process for abdominal thrusts or the Heimlich maneuver was first developed in 1974. While controversial due to the bruising and injury that can occur, the practice has proven to be life-saving. The person performing the maneuver should place their fist below the choking person's diaphragm, right at the bottom of their ribcage. Straddle the person from behind, bending them over slightly, and push the fist upwards. This can be repeated intermittently until the blockage is removed, or done in combination with repeated back blows. 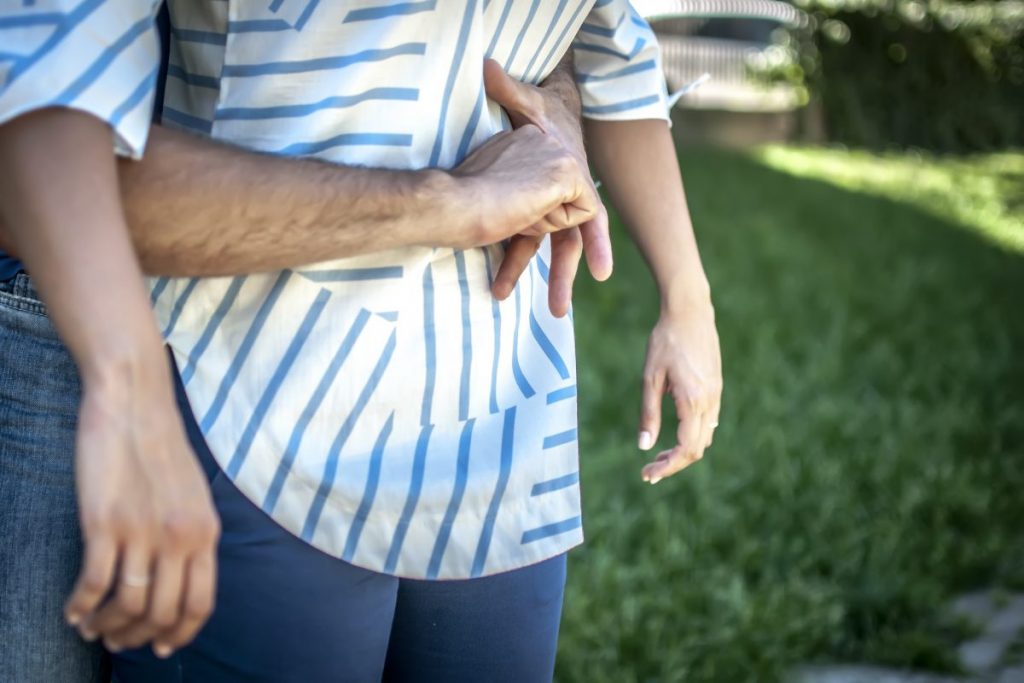 If a Baby is Choking

Experts do not recommend abdominal thrusts for infants due to the intensity required. Instead, the choking infant should be placed on your forearm on their stomach, with their jaw between your first finger and thumb. They should be tilted downward so that their body is higher than their face. Hit the baby's back with the heel of your hand five times, not violently but with enough force to dislodge the object. 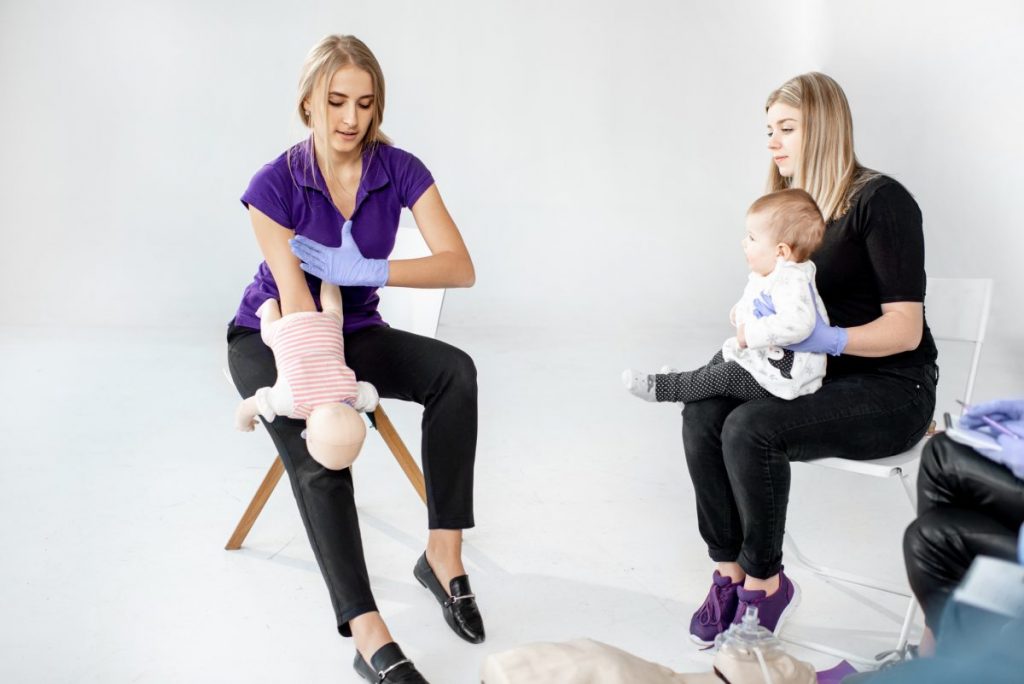 Myth: You Can Remove the Object

One of the most common myths about choking is that if you reach into a choking person's mouth, you can remove the object. This is often not the case, and probing fingers may only further lodge the object and put the person in more danger. The only exception to this rule is if the person is lying on their back and is unconscious. If the object is visible, an attempt may be made to remove it. Still, CPR is the safest option in this situation. 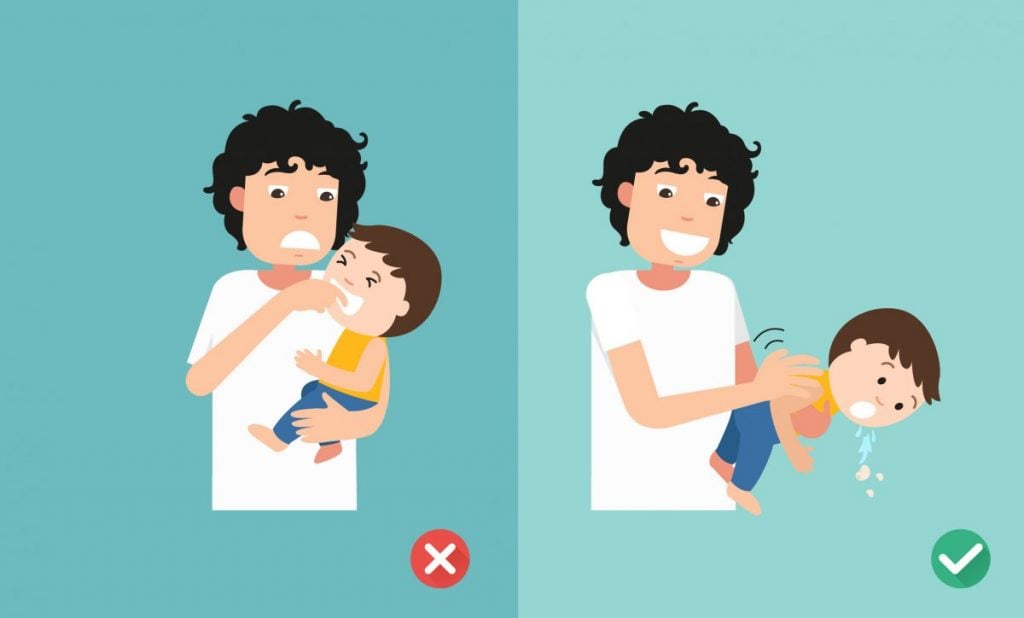 Myth: Choking is Noisy and Obvious

A person who is choking may not exhibit expected symptoms such as gasping for air or grabbing at their throat. In the disabled, elderly, and infants, confusion and panic may render the individual unable to signal what is occurring. When feeding such people or eating with them, be aware of more subtle symptoms such as wheezing, confusion, and an inability to breathe. 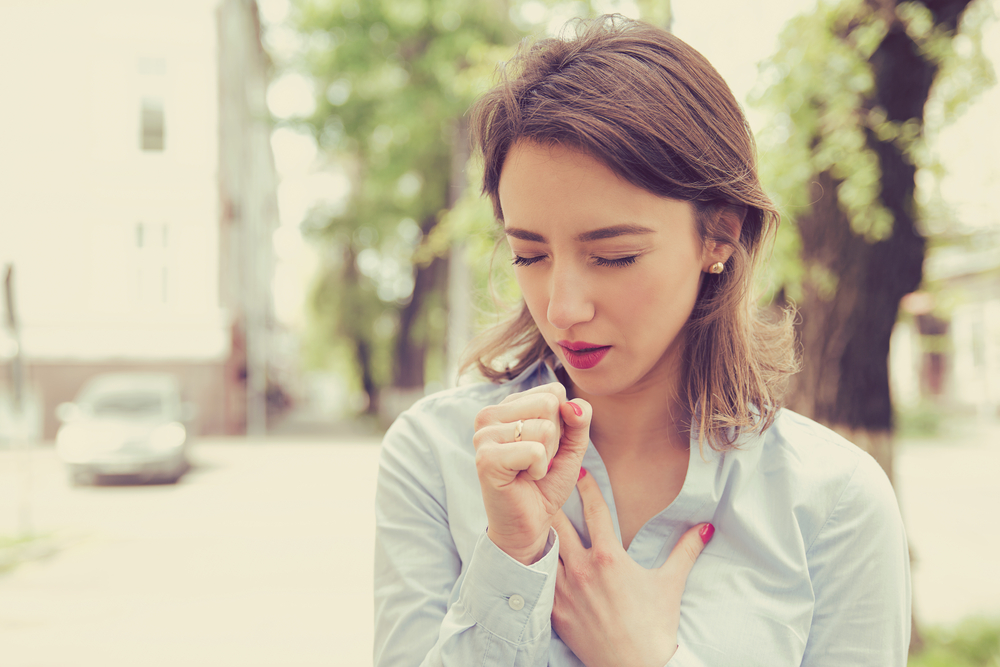 How to Prevent Choking

Intoxication is one common reason for choking. Alcohol changes the way our muscles move and can make it difficult to chew and swallow food properly. This can be especially dangerous if a person is alone. Other causes of choking include pieces of food that are too large for an older adult or infant to swallow; lack of jaw coordination may enhance the danger of choking. It is important to monitor these people when they are eating. Infants, especially, have incredibly small throat passages, so food should be cut into small pieces and solids withheld until the proper age. 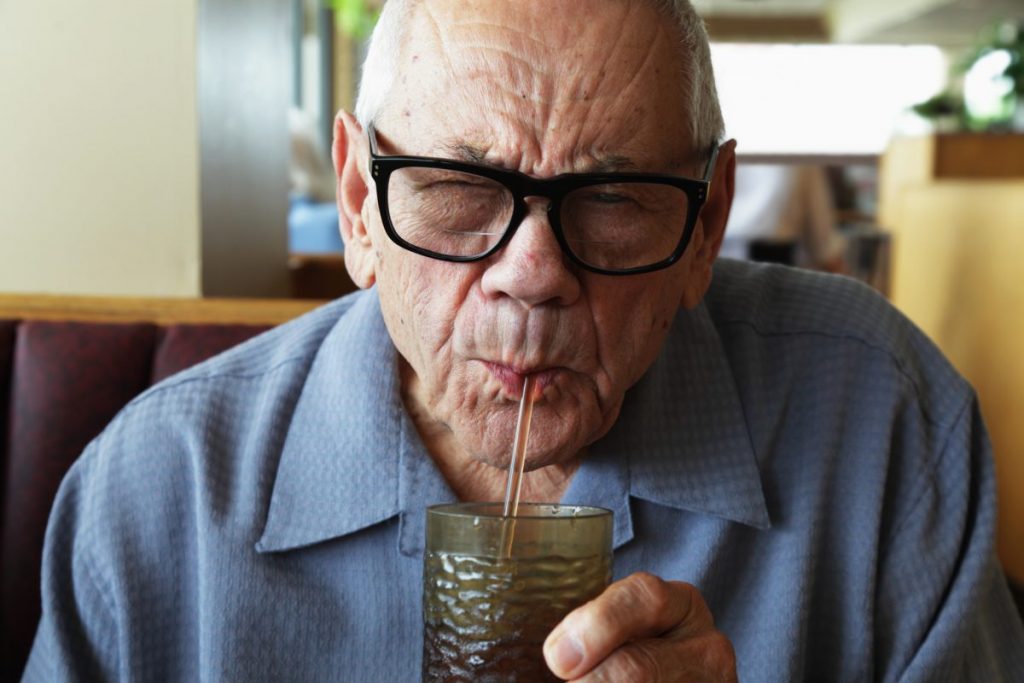