What is a Bullectomy?

A bullectomy is a surgical procedure that removes large blisters or abnormal air-filled spaces in the functional areas of the lungs. Typically, these growths develop because conditions such as emphysema destroy the air sacs. As the air-filled spaces increase in size, they compress the normal lung tissue and inhibit breathing. They may also cause fatigue and bloating in the chest. Surgeons remove the blisters through small incisions in the chest.

In most cases, bullae are blister-like growths that contain air or fluids such as pus. The lungs contain many small air sacs or alveoli that facilitate gas exchange, allowing the lungs to oxygenate the blood and remove waste products such as carbon dioxide. When something damages the alveoli, they develop into bullae and lose their ability to perform gas exchange. Their only function is to take up space. Over time, the bullae will slowly absorb more air and increase in size. 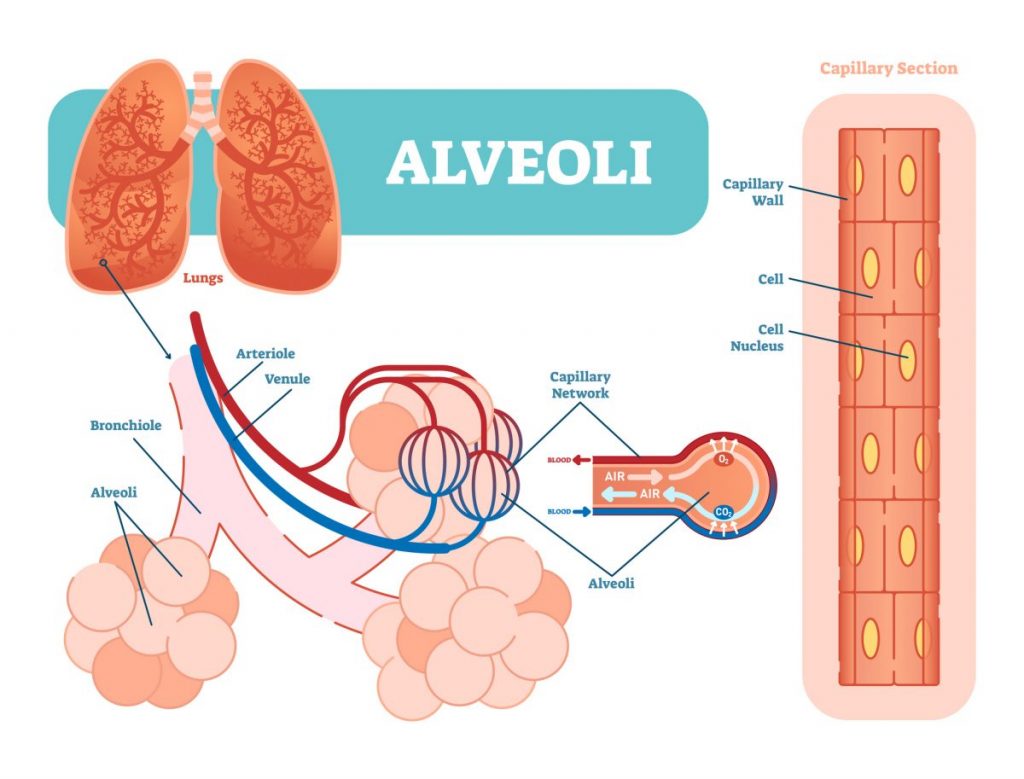 Eventually, bullae may grow so large that they occupy around 30 percent of the left or right area of the chest. Records show that some bullae have grown up to a foot in diameter. Once they reach this size, medical experts classify them as giant bullae and recommend treatment. Giant bullae reduce the flow of blood and oxygen to the lungs and prevent proper inhalation. The most common treatment for giant bullae is a bullectomy. 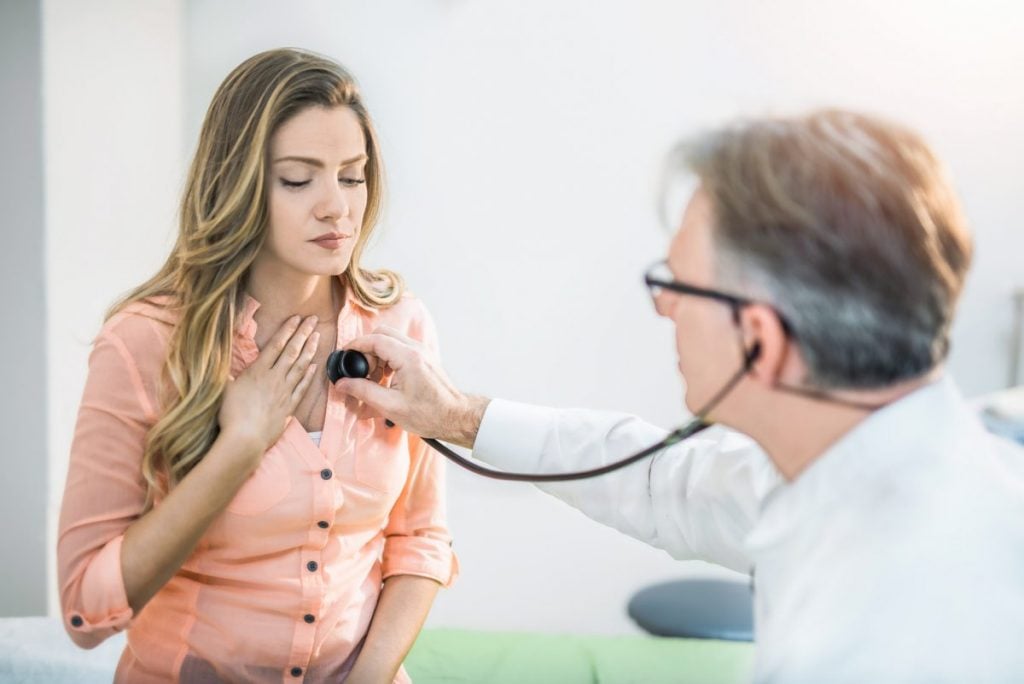 Purpose of a Bullectomy

The end goal of a bullectomy depends on the patient and their conditions. Some people who experience dyspnea or shortness of breath require a bullectomy to improve their ability to breathe. It is possible that a bulla could burst and lead to a collapsed lung with an air leak. Bullectomies are a preventative treatment to avoid this outcome. Some conditions can cause an infection to develop in the bullae, which can then lead to pus-filled growths or abscesses. These can cause more serious infections that are significantly more difficult for physicians to treat. 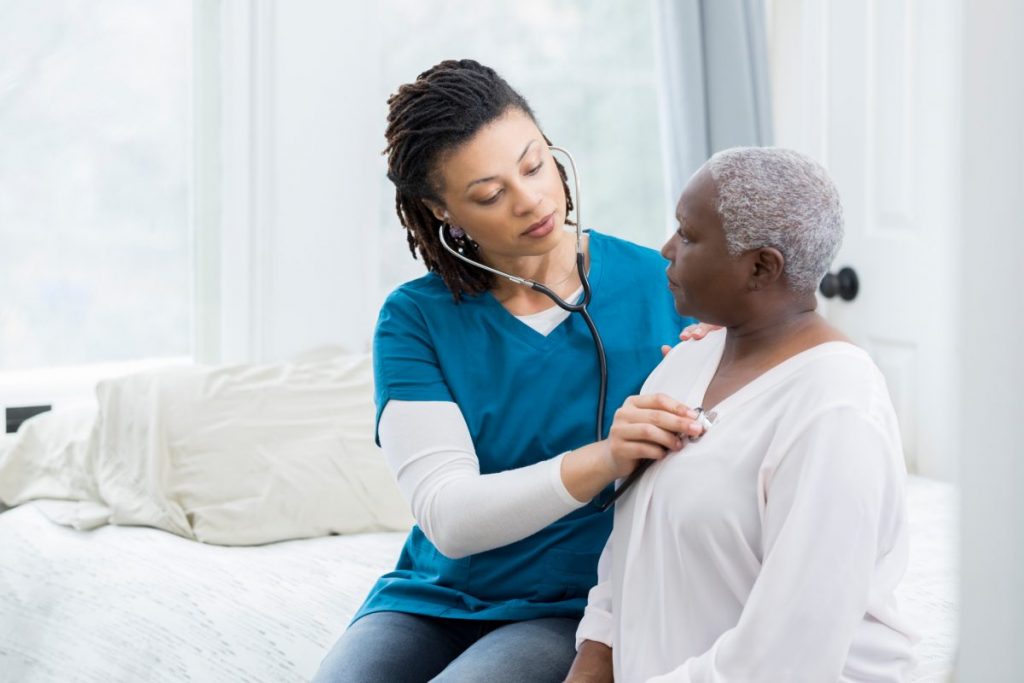 Various symptoms indicate the need for a bullectomy. Shortness of breath is the most common symptom. A doctor may also recommend a bullectomy if a patient has two or more instances of a collapsed lung. Other symptoms that might require a bullectomy include repeated respiratory infections, chest pain, and intolerance for exercise. If a patient is coughing up blood, a doctor may need to do an immediate bullectomy.

Beyond the common symptoms, some conditions can cause bullae to form, or cause issues a bullectomy can solve. 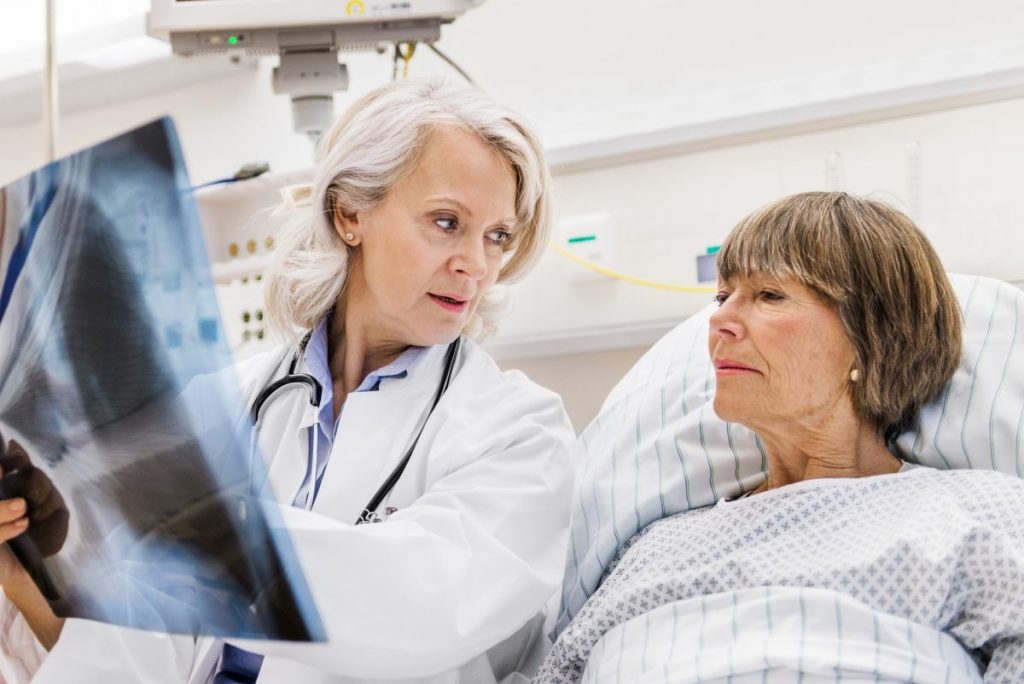 Some factors contribute to a higher risk of complications following a bullectomy, and as such, physicians may avoid this procedure. If chest imaging is unable to view bullae in the lungs properly, a doctor may consider a bullectomy too risky. Pulmonary hypertension causes many of the issues that a bullectomy can resolve, such as shortness of breath and chest pain. However, doctors tend to avoid performing surgeries on individuals with pulmonary hypertension, because of the high chance of life-threatening complications. 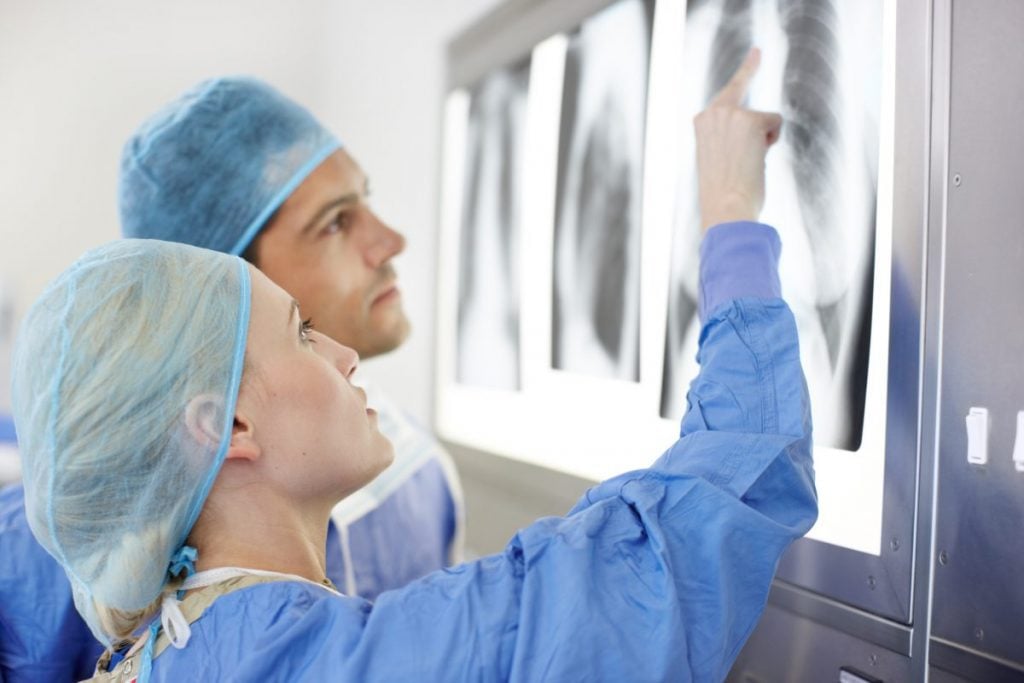 Preparing for a Bullectomy

Before a bullectomy, healthcare professionals will perform a full physical examination to ensure their patient is healthy enough to undergo the procedure. This usually includes chest imaging tests such as x-rays, CT scans, or angiographies. Physicians will often recommend that people who smoke avoid doing so on the days leading up to the bullectomy. Additionally, the patient shouldn’t eat or drink for 12 hours before the surgery. Some people experience longer recovery times, so it may be necessary to take time off from work. 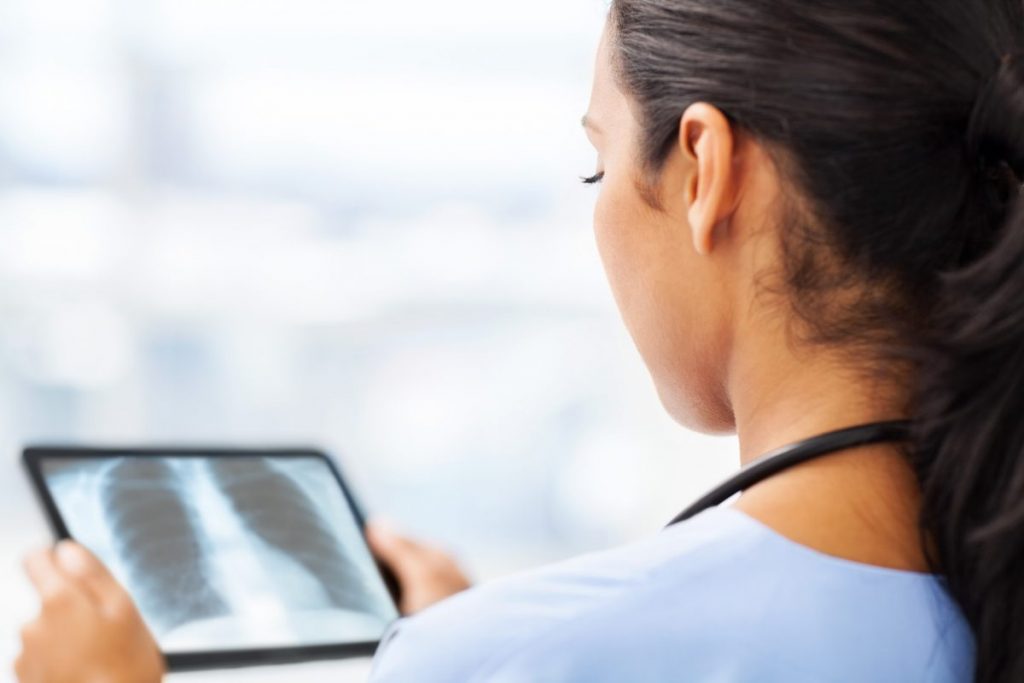 The bullectomy itself is fairly straightforward. First, doctors will use general anesthesia so the patient will not feel pain during the procedure. They begin by making a small incision near the armpit to open the chest. Sometimes, surgeons make several incisions on the chest instead. The surgeon will then use a thoracoscope to view the lung on a video screen. Bit by bit, they will remove bullae and affected areas of the lung through the small incisions. Finally, surgeons seal the incisions with sutures and wrap the chest with bandages. 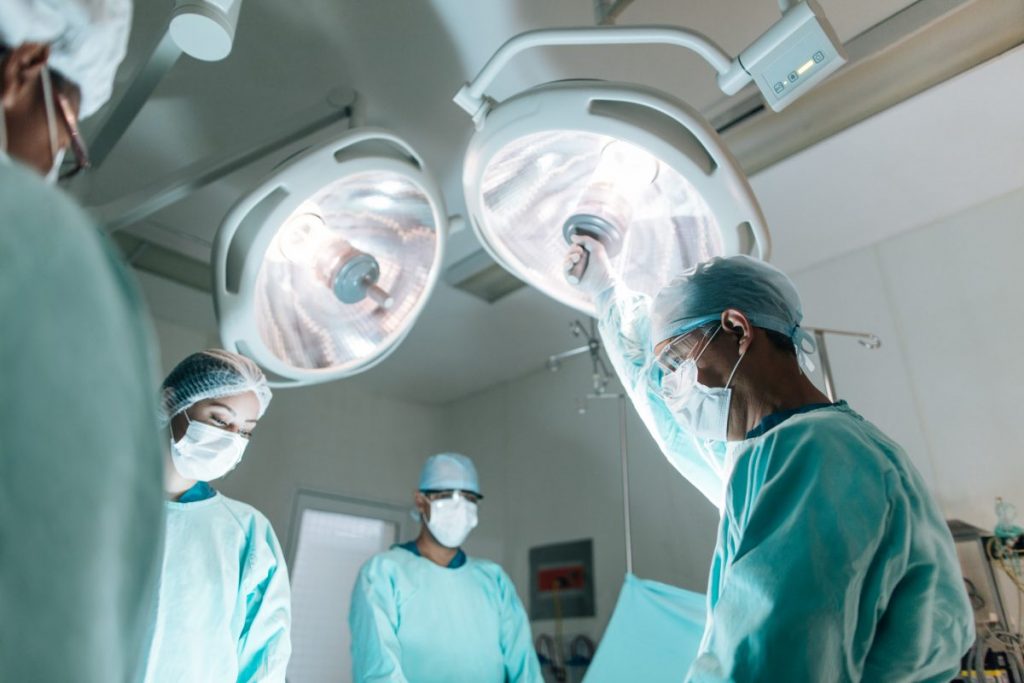 Though bullectomies are usually minimally invasive, there are some possible risks. The University of Health Network states that fewer than ten percent of people experience complications following a bullectomy. However, the chance of a complication increases dramatically in people who smoke or have COPD. These complications include: 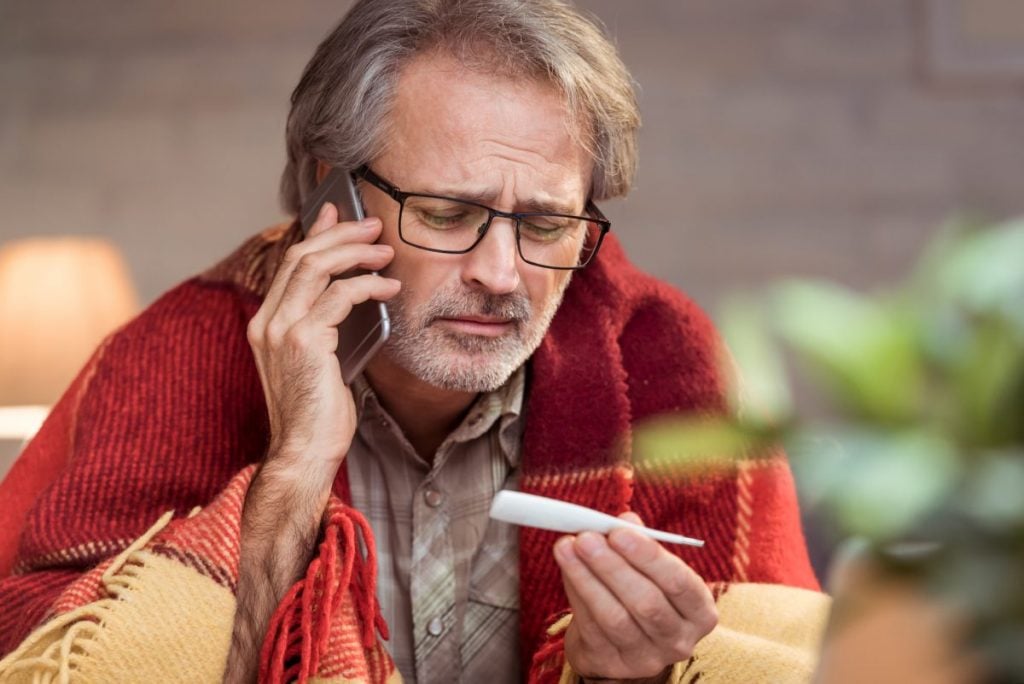 Following a bullectomy, the patient will usually remain in the hospital for up to seven days. Full recovery following the procedure can take several weeks. While in the recovery process, physicians recommend that their patients perform normal activities with two notable exceptions: they are to avoid heavy lifting and strenuous exercise for six weeks, and driving for two weeks. Some patients may require additional rehabilitation and follow-up appointments. Finally, doctors tend to discourage flying for several months. 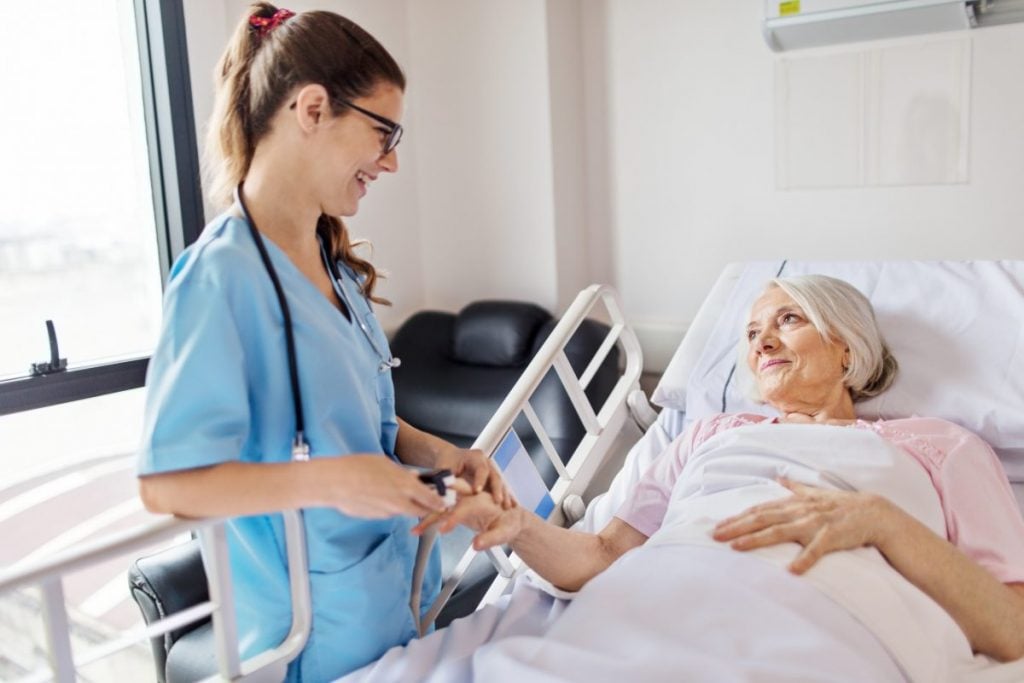