Nasal polyps are no fun at all. While soft, painless and noncancerous, if left untreated these growths could expand to a size that could effectively block your nasal passages. If you're prone to nasal polyps, you're not alone. Nearly 5% of humans struggle with nasal polyps at some point in their life. Like any condition, your body is predisposed to react to nasal polyps, which leads to symptoms. Nasal polyps are generally classified as either antrochoanal or ethmoidal. While neither are too dangerous in their own right, each can manifest along with other symptoms, causing you to feel miserable, often as though you have a massive head cold.

Once again, nasal (or sinus) polyps really aren't going to kill you, but many a foodie may start wishing they would when their ability to taste and smell food becomes adversely affected. Enjoying your food in today's culinary culture is a must. This is where steroids, antihistamines, and ultimately surgery may cause you some comfort going forward. As is the case with most health ailments, your doctor is likely to start small and work up in his or her treatment of your condition. A runny or blocked nose, facial pain, eye irritation, incessant sneezing, snoring and other ailments are all signs you might be bothered by nasal polyps. If this sounds like you, it might be worth a mention on your next trip to the doctor. 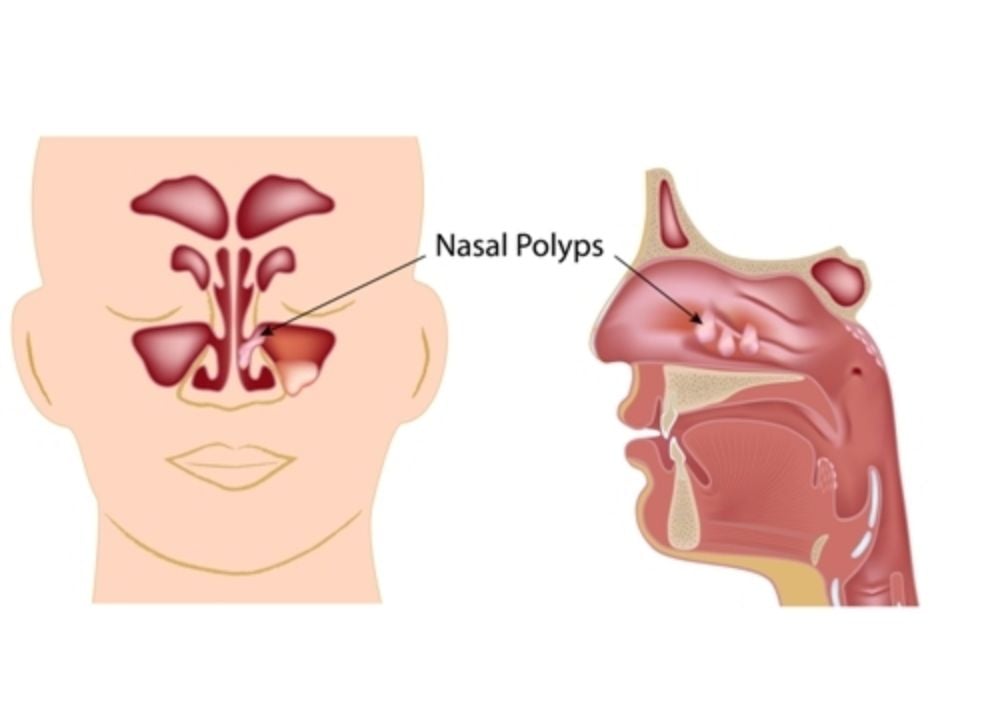