Facts About a Paralyzed Diaphragm 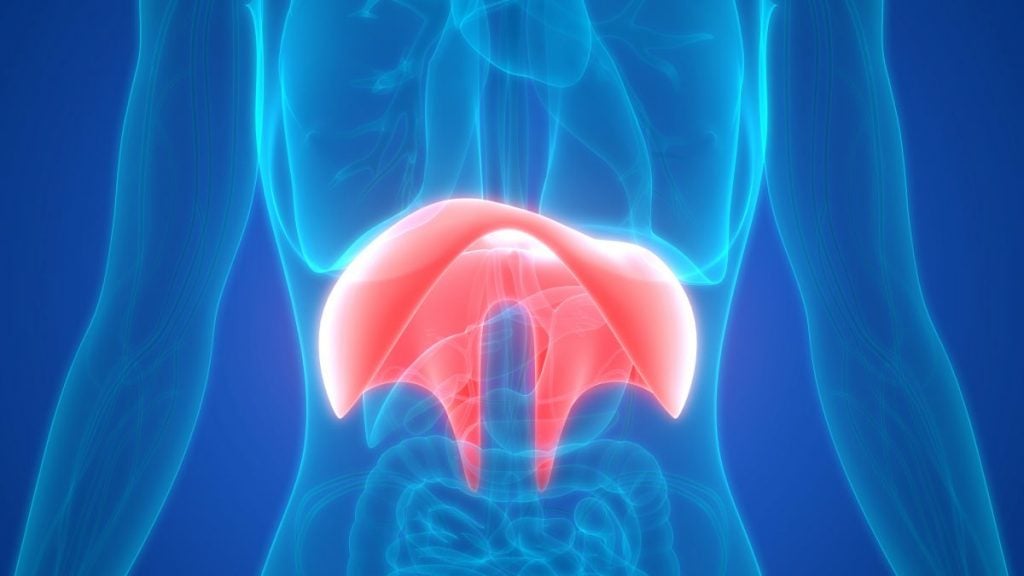 Bilateral paralysis usually decreases the lung capacity by 70-80%, while unilateral paralysis causes a decrease of around 50%. People with the former often experience breathlessness that worsens when they lie flat, immerse themselves in water, or exercise. Bilateral paralysis can also cause disordered breathing patterns during sleep that may result in reduced blood oxygen levels. 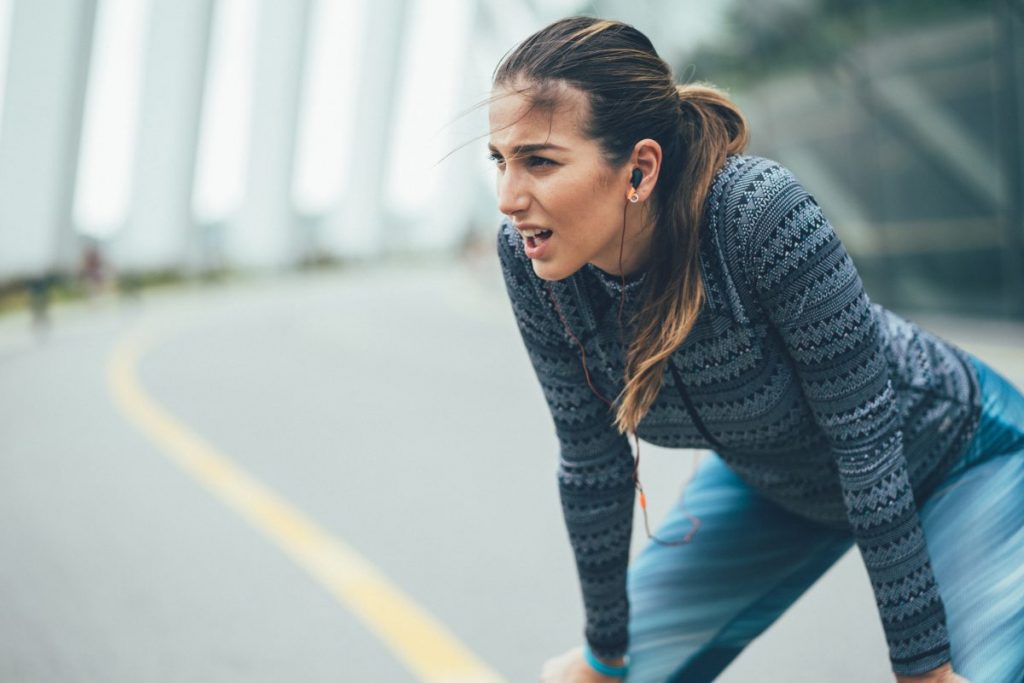 A paralyzed diaphragm usually causes more severe symptoms in babies and children because the muscles are weaker and the chest wall more malleable. Unilateral paralysis may cause respiratory distress. Newborn babies with the condition frequently have a weak-sounding cry and bouts of vomiting. Bilateral diaphragm paralysis in children is often life-threatening. It requires urgent medical assessment, and the child will usually require artificial ventilation to help them breathe. 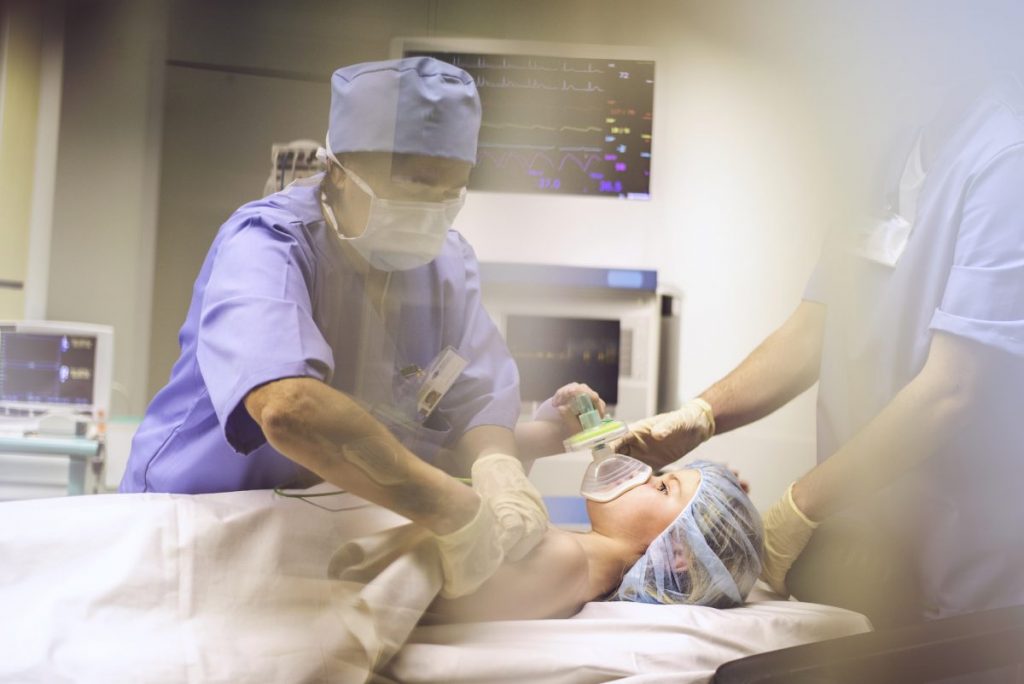 A compressed or injured phrenic nerve is often the cause of diaphragm paralysis. This nerve controls the muscle's movement. The injury may be the result of cancer in the lungs, lymph nodes encroaching on the phrenic nerve, or accidental surgical trauma. In babies, traumatic birth can sometimes damage the phrenic nerve. Neurological conditions such as multiple sclerosis can also paralyze the diaphragm, as can a spinal cord disorder or quadriplegia. 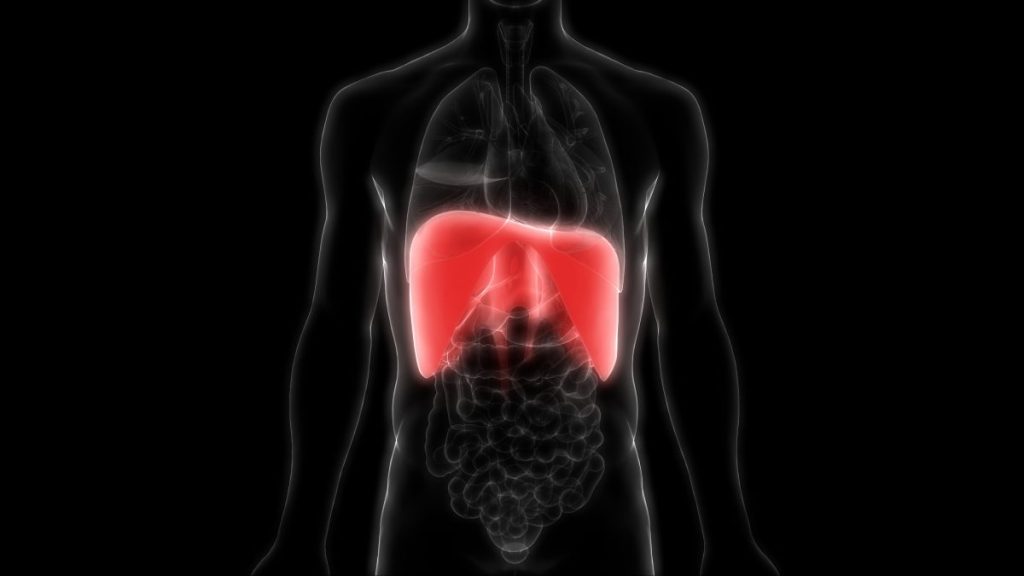 Diagnosis of a paralyzed diaphragm usually begins with a physical exam. The doctor asks the patient to lie flat and observes their breathing. If a person has a paralyzed diaphragm, their abdominal wall will move inwards when they breathe in, whereas it should move outwards. This is known as paradoxical motion. Further tests can confirm the diagnosis, including lung function tests, chest x-rays, and ultrasound scans to view the movement of the diaphragm and check for changes in muscle thickness.

In some cases, doctors may keep the patient under observation instead of providing immediate treatment. This is only usually suggested if the patient has unilateral paralysis with no or very mild symptoms. This route is generally unsuitable for people in poor health or those with other serious health conditions. In cases where observation is deemed the best course of action, the person will often recover without intervention. While they are recovering, non-invasive assisted ventilation can ensure proper breathing during the night, preventing blood oxygen levels from becoming too low. 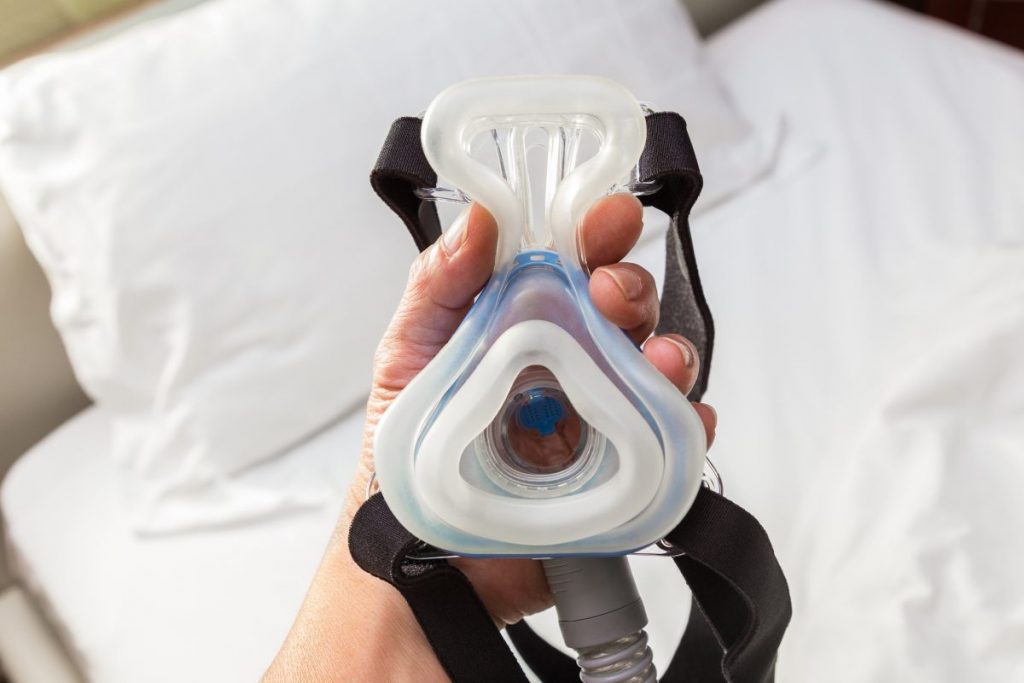 Diaphragmatic plication is a surgical procedure usually performed using non-invasive methods. A continuous series of sutures are placed across the diaphragm to pull it tight and downwards, increasing the space inside the chest cavity and making breathing easier. This type of surgery is generally only suitable for people with unilateral paralysis, though surgeons may choose it to treat bilateral paralysis in rare cases.

Some people with a paralyzed diaphragm may need an electronic device called a diaphragm pacemaker. The tiny machine helps regulate the movement of the diaphragm and is suitable for people with functioning phrenic nerves, such as those with a spinal cord injury. A diaphragm pacemaker can help improve respiratory function and reduces the likelihood of developing an infection. 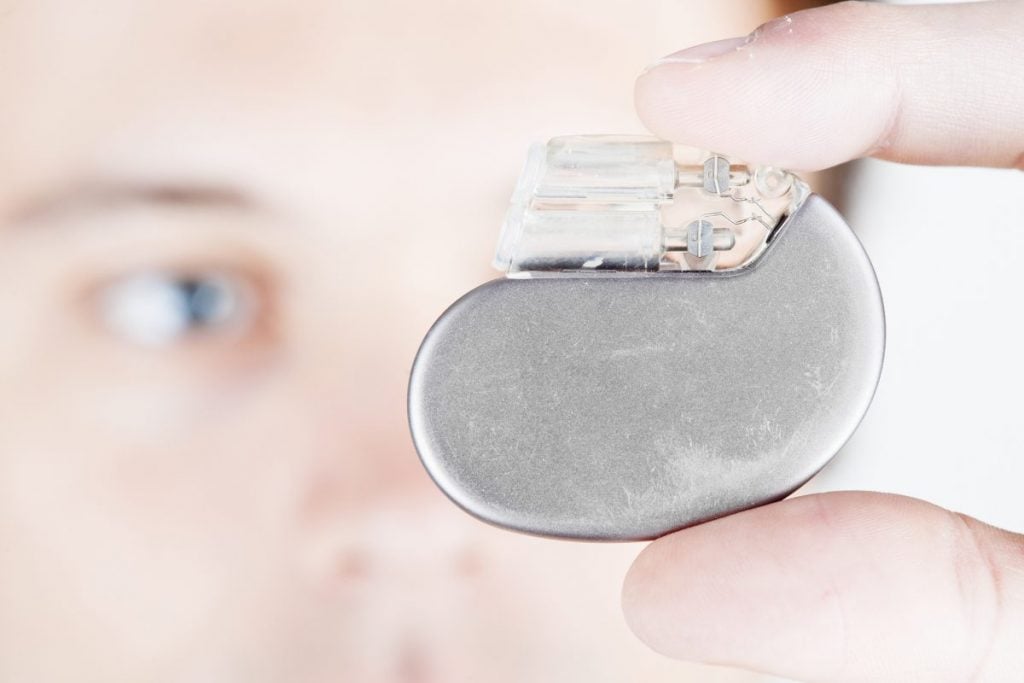 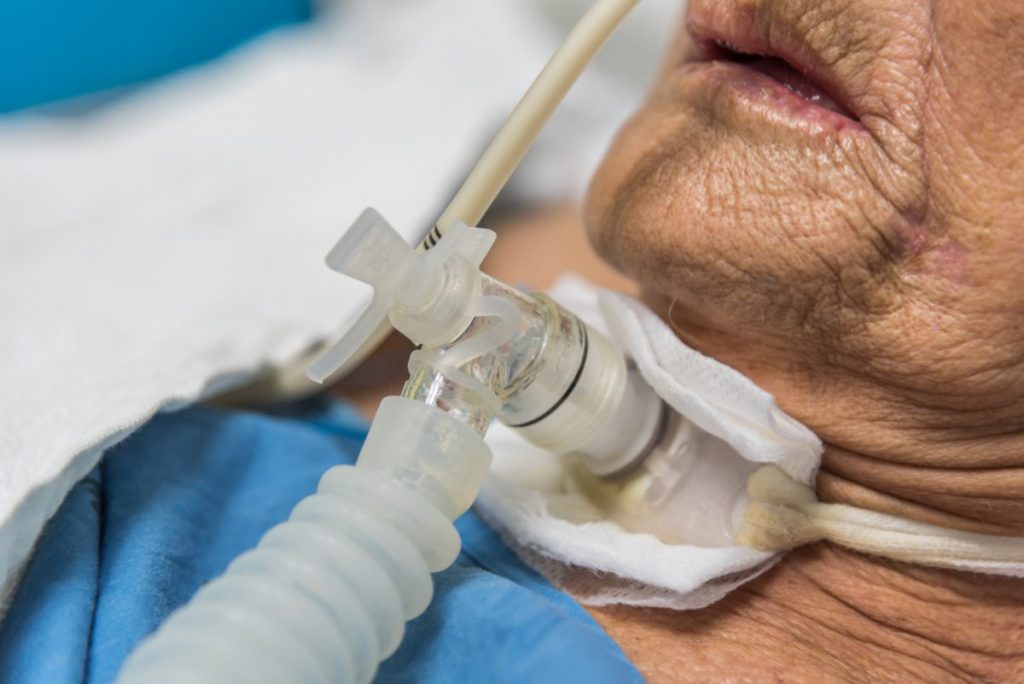 The prognosis for people with unilateral diaphragm paralysis is generally good, especially if they do not have an underlying cardiac or pulmonary condition. Many people recover fully without treatment. The outlook for people with bilateral paralysis depends on the patient's overall health status. For many people, the condition has a significant negative impact on their quality of life. For this reason, doctors usually recommend surgery to ease symptoms as much as possible. 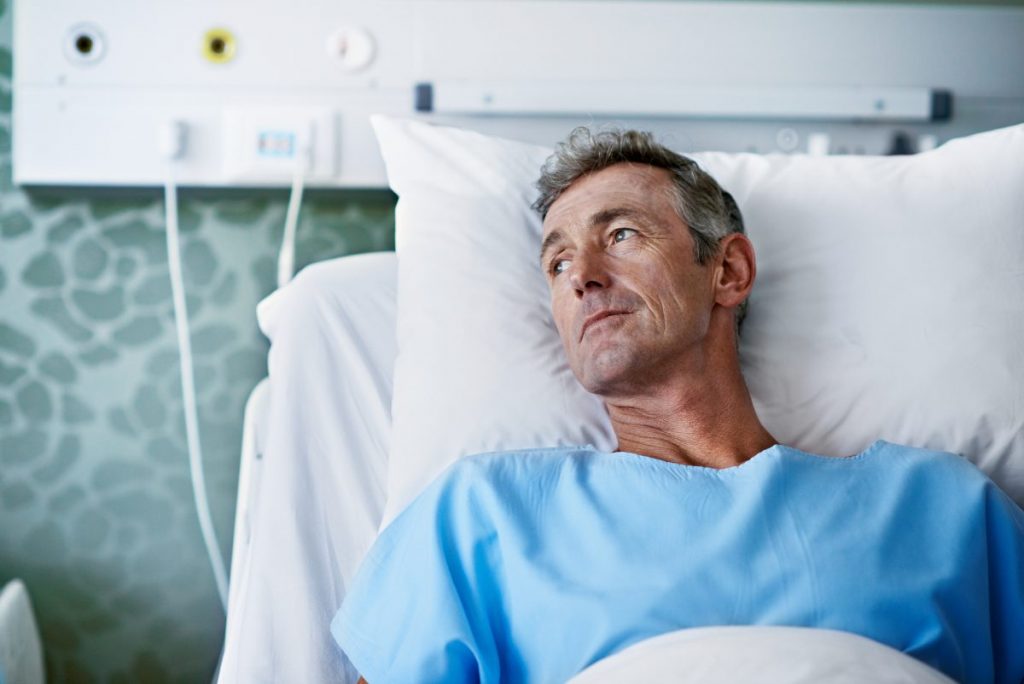