Idiopathic Pulmonary Fibrosis primarily affects people in their early 70s. Only in very rare instances will it strike anyone under the age of 50. IPF scars the lungs, so they become very stiff. This interrupts the supply of oxygen to the blood, and it gives rise to breathing difficulties. Doctors have not yet discovered its causes, but some suspect links to smoking, working in dusty environments and a hereditary element. The addition of the term "idiopathic" to the disease name indicates this absence of definite knowledge of what triggers it. Although doctors might prescribe medications to relieve symptoms, no cure is currently available.

An older adult who finds it hard to breath needs to consult their doctor if this situation continues for the best part of a month. Many of those in these circumstances might dismiss the problem by assuming it is just another of those unwelcome signs of old age. Alternatively, they might blame on the fact they have been too lazy to exercise regularly and stay fit. Yet nobody should feel out of breath while doing simple tasks around the house or walking leisurely in the street. Through blood tests, X-rays and other tests the doctor needs to investigate whether this person has developed IPF. 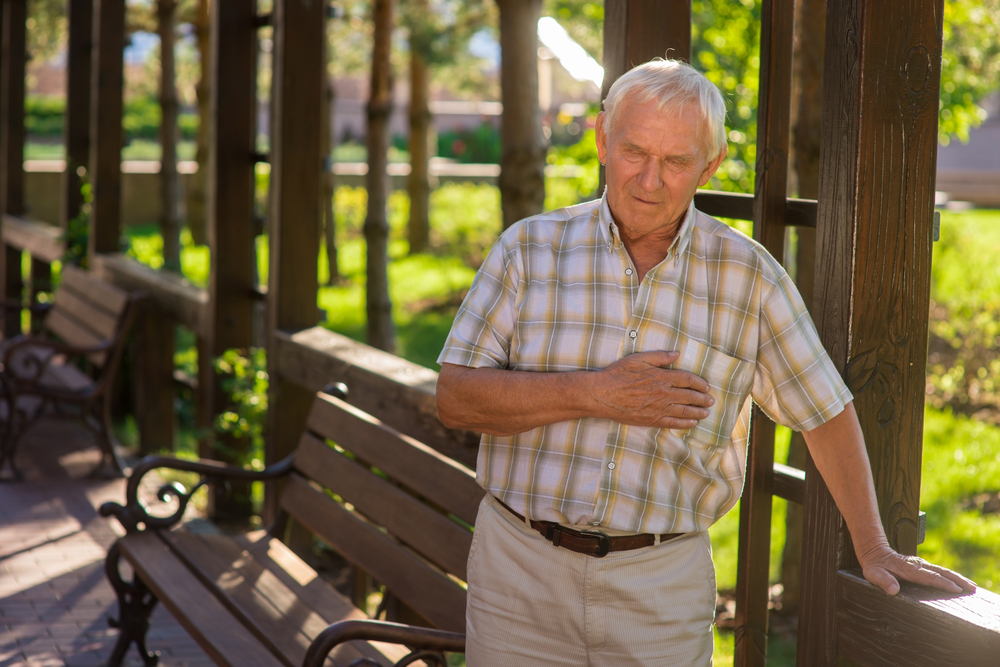 Doctors lack the means to know how quickly a case of IPF is going to progress, and they cannot estimate its severity. With the aid of medications and other treatments, some patients keep the condition well under control and live on for a number of years. In other cases, the disease takes hold quickly, and treatments fail to hold it back. These patients suffer severe breathing problems leading to their death within a few years of diagnosis. Before medications were available, about half of those with IPF did not survive more than three years after their diagnosis. 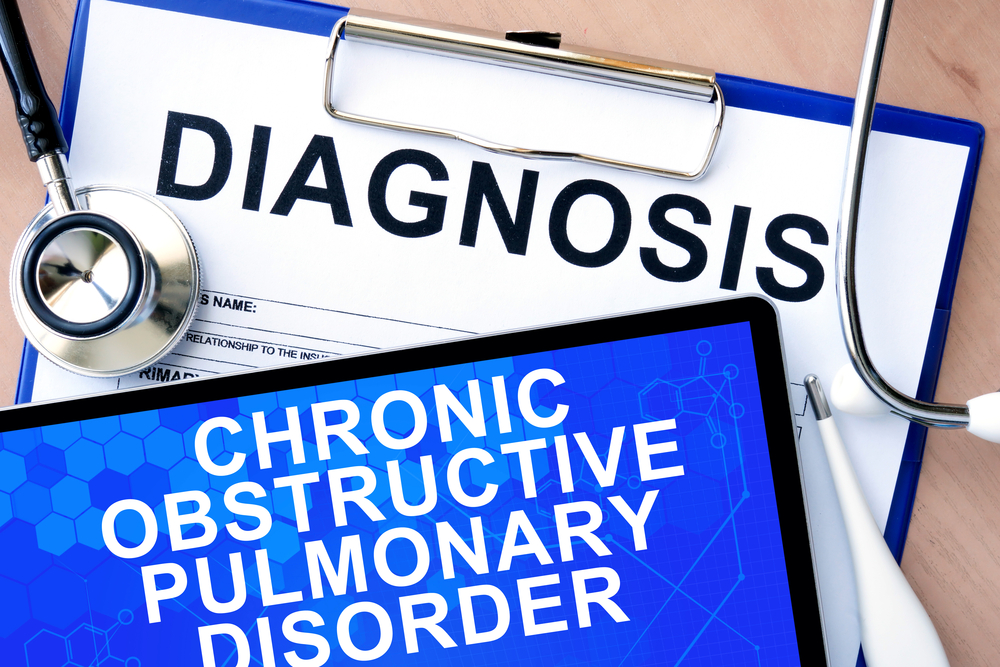 Persistent coughing is another IPF symptom that patients often fail to take too seriously. Just as they often convince themselves that the shortness of breath is a natural sign of aging, they draw a similar conclusion with this persistent cough. Regular smokers might also easily conclude that this is the price they need to pay for enjoying all those cigarettes. However, a continual cough with no phlegm or bouts of uncontrollable coughing is a warning sign nobody should miss. Consult with a doctor as soon as possible in these circumstances. 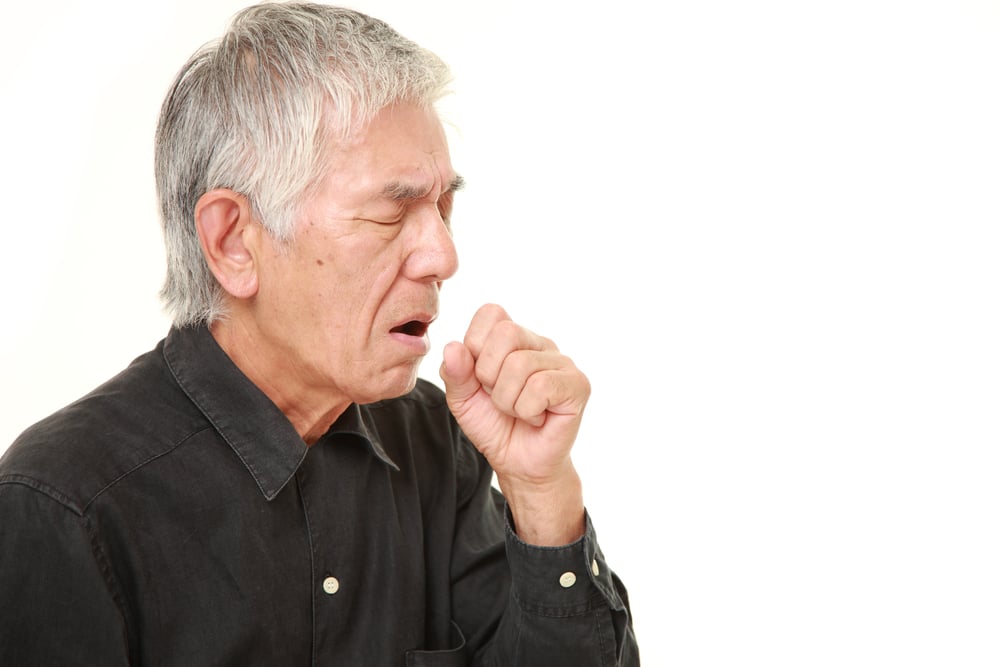 Nobody expects that they will have the same energy levels at the age of 72 that they had when they were 22. Everyone expects to become tired more quickly in older years, but there are limits to how far this can explain every case where an older person senses their energy level has fallen. They might tire faster from strenuous physical activities, but they should not tire so fast while performing light tasks. If this happens, it could be a symptom of IPF. 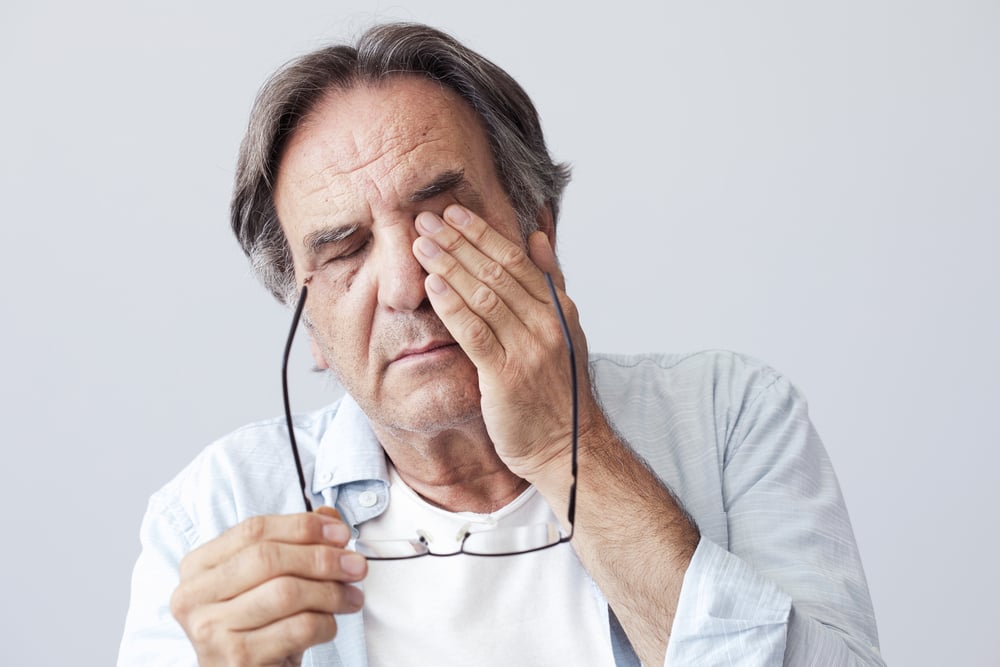 If senior notices their fingers or toes seem swelled, they know immediately that they have some kind of health problem. Unless they have medical knowledge, IPF is unlikely to be their self-diagnosis. This symptom sometimes appears as the disease takes its course. Probably this individual already suffers from a shortage of breath or coughing, but perhaps their IPF is not yet been identified. Doctors refer to this phenomenon as "clubbing of the finger," and it gives them strong grounds to suspect this patient has IPF. 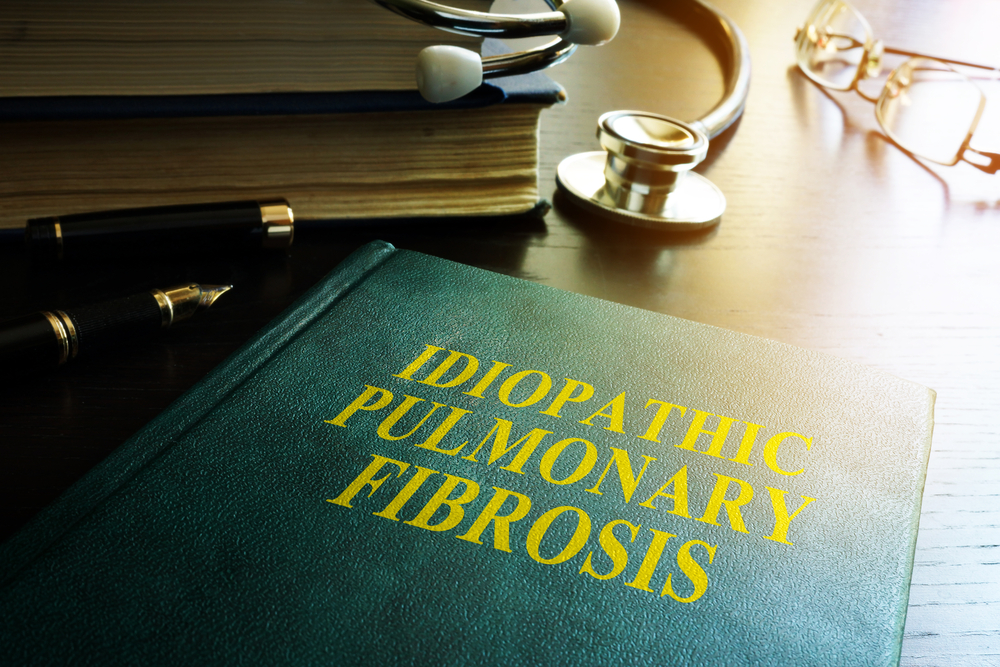 Some individuals with IPF notice that their fingernails and skin suddenly has a bluish tint. This very serious development requires prompt medical attention. It happens when the disease progresses to a point where it interferes with the supply of oxygen to the bloodstream. The bluish coloring is an unmistakable indicator of oxygen deprivation. 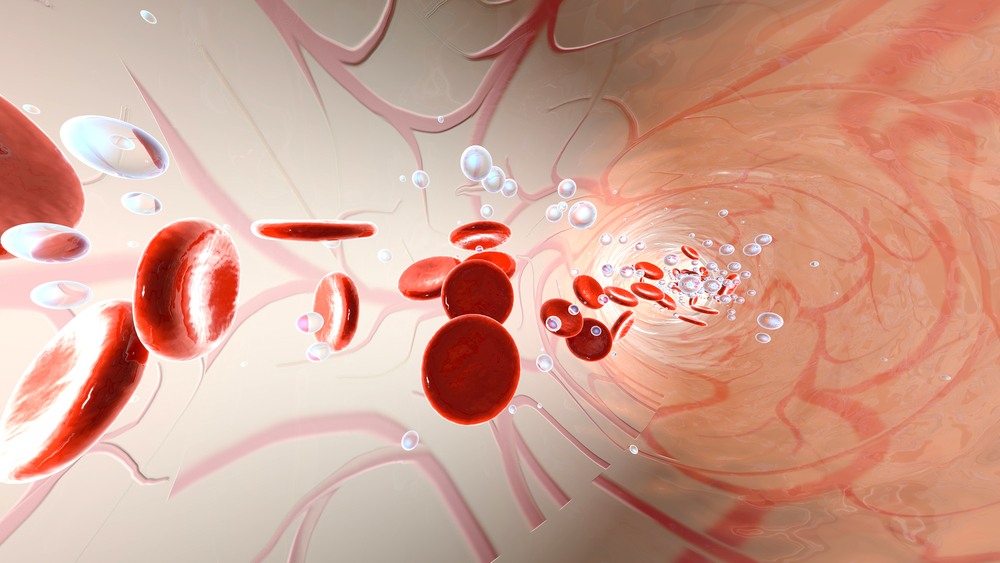 An older adult who starts to experience aches in their muscles and bone joints is unlikely to be too surprised. Everyone knows that rheumatic complaints become so much more common as a person ages. This must surely be a case of rheumatoid arthritis, or something similar. It could be the natural assumption to make, but it is not always correct. These aches and pain might be a symptom of IPF, so once again it is highly recommended to go to a doctor for a professional diagnosis. 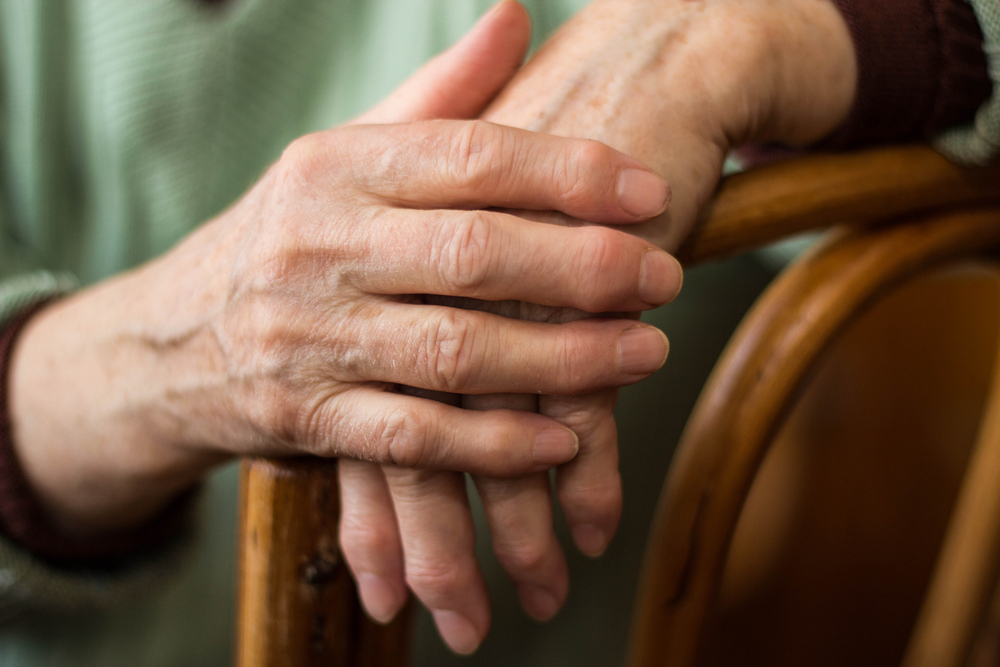 Older people tend to put on weight because they now lead lives that are more sedentary. Given all that understandable emphasis on the importance of losing weight, a senior might not be too disturbed if they notice their weight has fallen. Perhaps this shows that their exercise program or diet is working, but if with no such easy explanation for the weight loss it is appropriate to get a checkup. Unaccountable weight loss could be an IPF symptom. 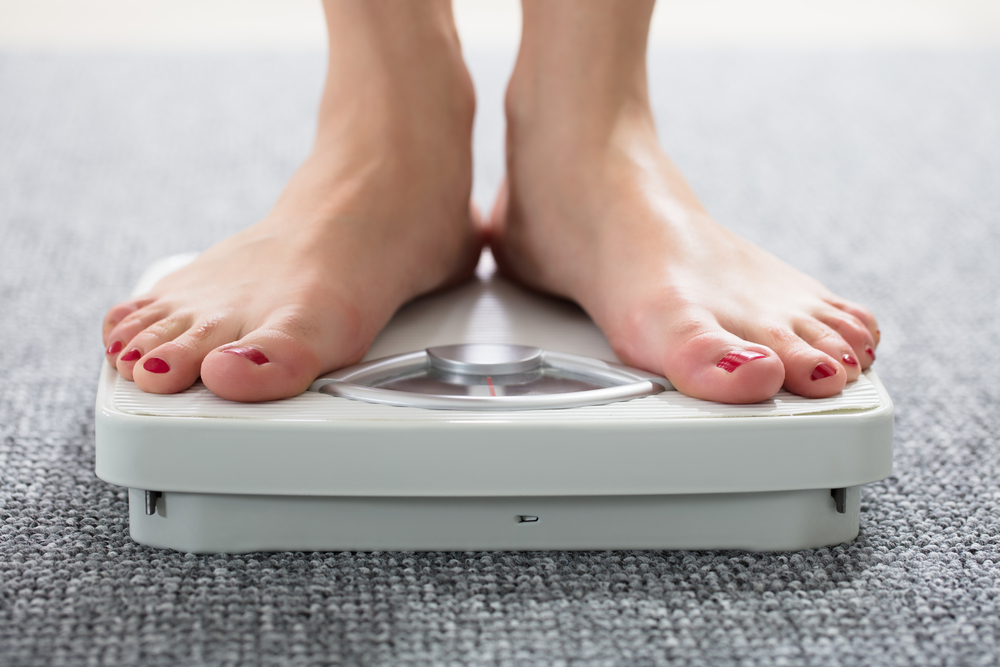 One of the key ways the doctor reaches an IPF diagnosis is through listening to the patient's lungs during the medical checkup. If the patient has IPF, when they breathe in the lungs produce a crackling sound. By way of comparison, a doctor describes this noise as similar to the sound you hear when you open a VELCRO® sealing. Since this sound can only be detected through a doctor's examination, this shows the importance of getting a medical opinion as soon as a potential IPF symptom appears. 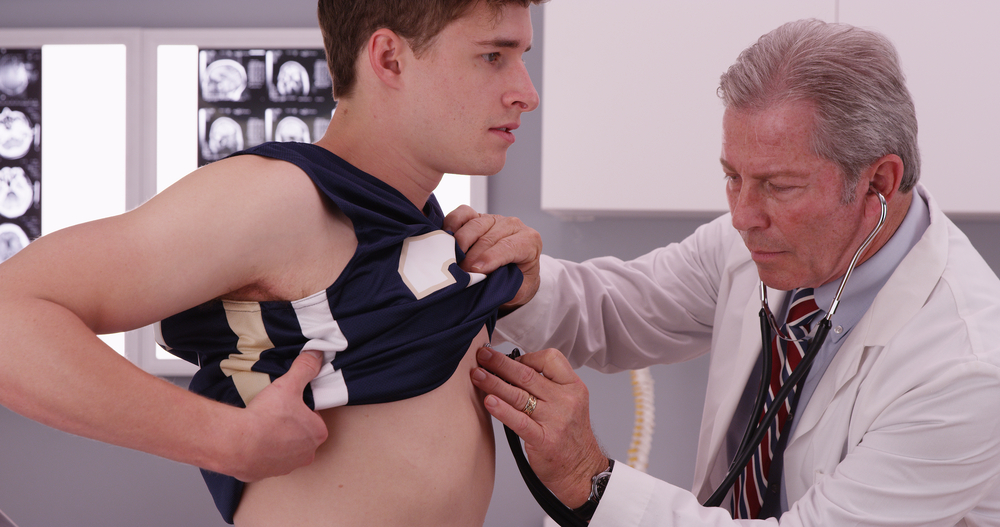 IPF usually starts with a persistent cough, but other symptoms might not appear until up to two years later. This makes it hard for the doctor to make an accurate diagnosis. IPF is a rare disease with only about 30,000 new cases each year across the whole of the European Union. Doctors easily confuse it with the much more common asthma, and sometimes it exists in the patient's body alongside asthma. 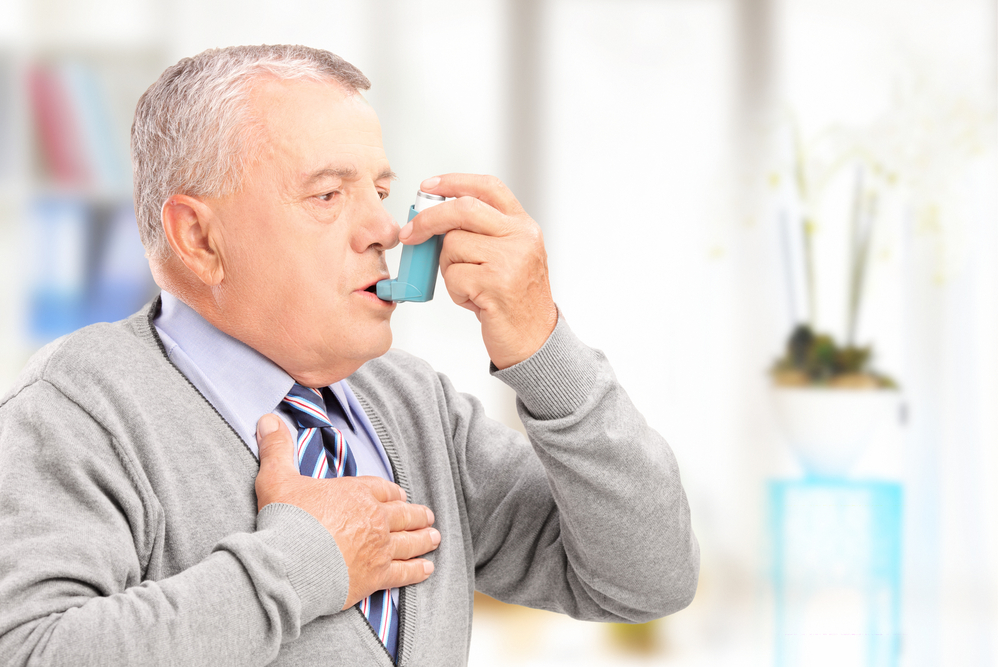