HomeAilmentsKidney
View content in gallery
By Gillian May, MSNUpdated: May 1, 2019
Advertisement

Uremia refers to a high level of urea and other nitrogenous waste compounds in the blood. The condition is also referred to as uremic syndrome and is the main complication of chronic kidney disease. Healthy kidneys typically eliminate these substances, which are poisonous to the body. In the case of chronic kidney issues, uremia usually indicates end-stage disease. It also accompanies acute kidney injuries, but in these cases, it will generally resolve when the injury once medical practitioners treat the injury.

The causes of uremia fit into three categories: prerenal, renal, and postrenal. In the former, decreased blood flow to the kidneys causes the death of kidney cells. This can happen for several reasons such as low blood pressure, dehydration, heart failure, extreme stress, bleeding, or corticosteroid use. Renal causes stem from the breakdown of kidney function as seen in inflammatory and acute or chronic kidney disease. Postrenal causes refer to external obstructions of urine flow from calculi, tumors, prostate or bladder issues, and infections. 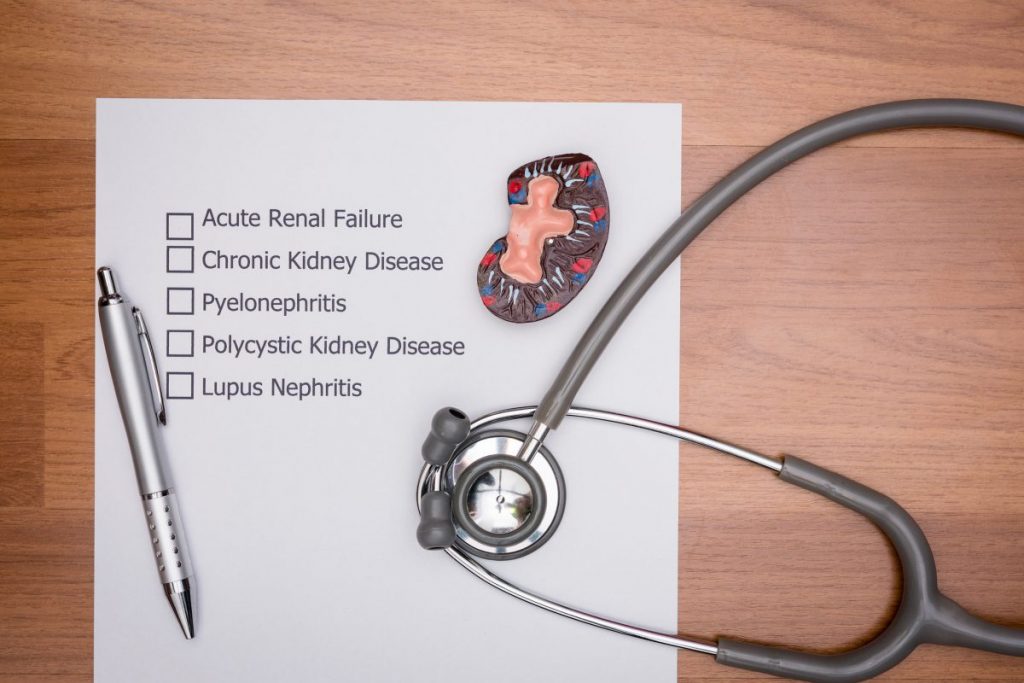 The toxicity caused by uremia can result in nervous system symptoms such as peripheral neuropathy, cognitive decline, seizures, sensory dysfunction, insomnia, and muscle cramps. Uremia also affects the skin by making it dry and itchy, and causes uremic frost -- urea crystals deposited on the surface of the skin. 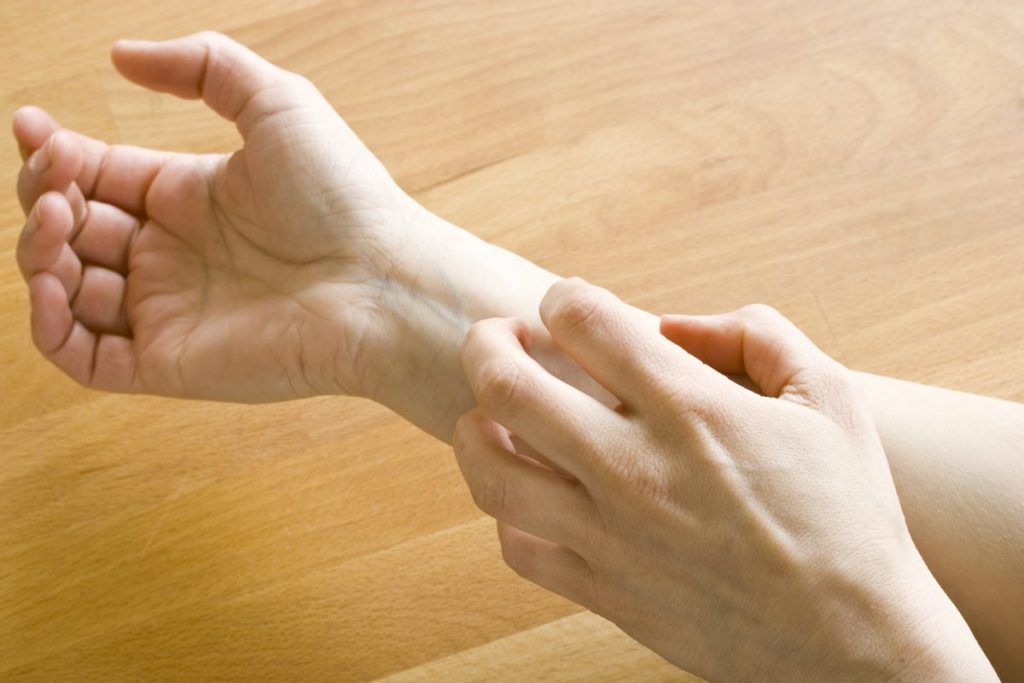 Uremia is the build-up of toxic urea in the blood, which can cause nausea, vomiting, inflammation, and ulcers in the gastrointestinal system, as well as a slowing down of digestion or gastroparesis. These gastrointestinal symptoms can cause severe malnutrition with subsequent fat and muscle loss. Malnutrition can also lead to vitamin deficiencies with other symptoms such as bone loss and secondary hypoparathyroidism. 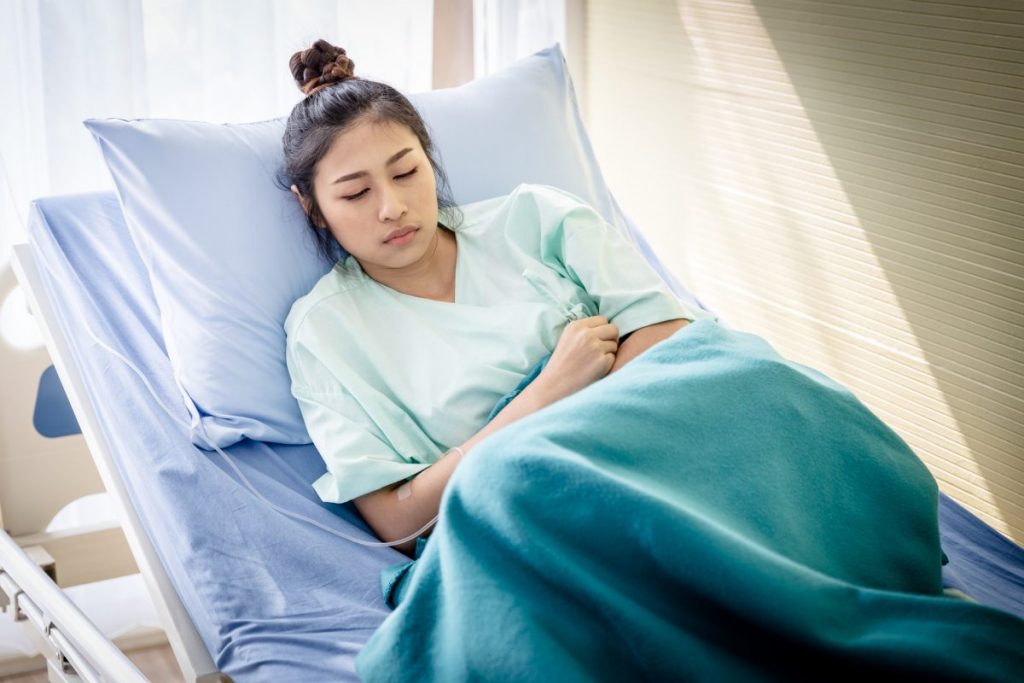 Since uremia is a direct result of kidney disease, it often accompanies other symptoms of kidney issues, such as hypertension, heart problems, anemia, and other blood disorders. This is because the kidneys contribute to the production of blood as well as the maintenance of blood pressure and cardiac health. Uremia toxicity can also affect the proper functioning of the heart and lungs. 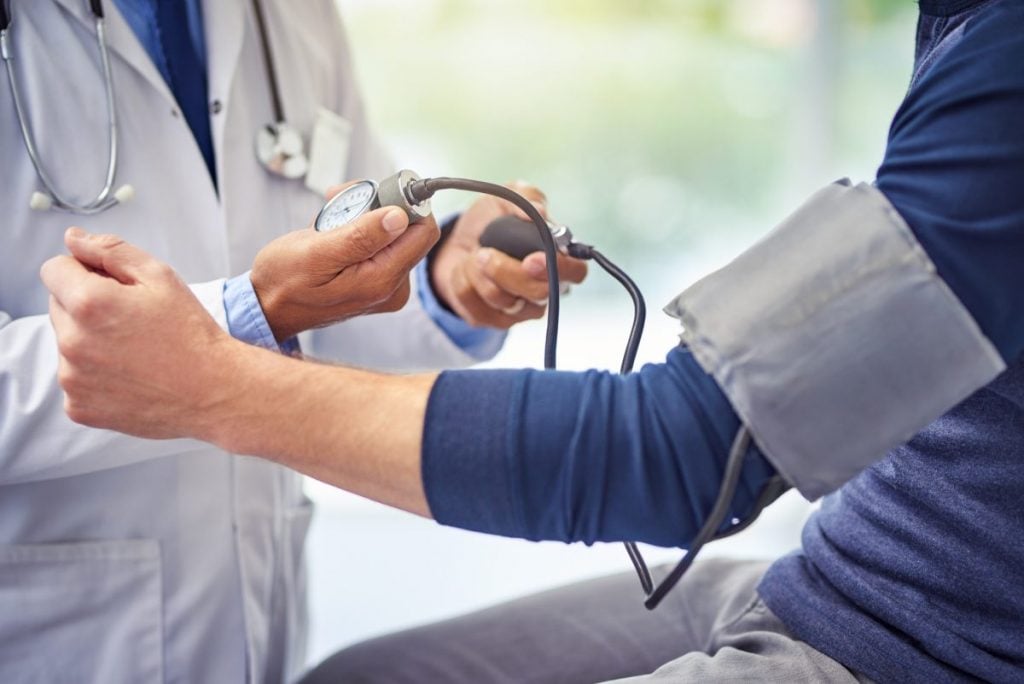 Other symptoms of uremia include endocrine dysfunction, which affects fertility and causes problems with growth and sex hormones. Uremia may also affect the immune system due to a decreased production of white blood cells, a low response rate to vaccines, and an increased susceptibility to infection and inflammation. Lastly, uremia can cause foul breath -- uremic fetor. This is a urine-like smell of the breath, and it's often associated with a poor prognosis. 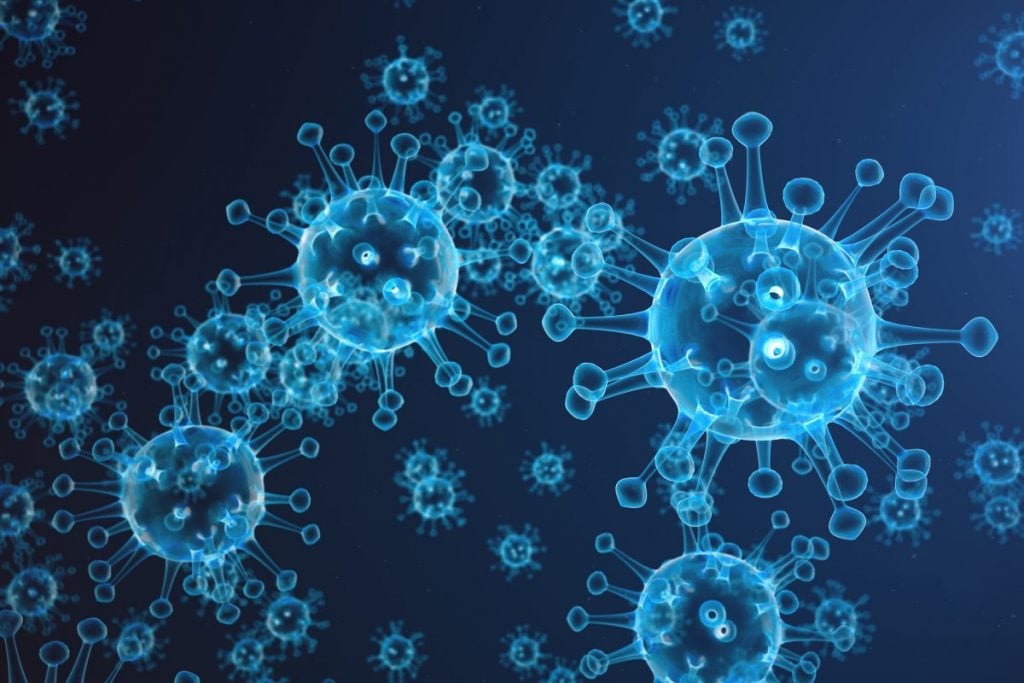 It's important to know whether uremia is acute or chronic. Each of these causes has a different diagnosis and treatment. Blood tests include a basic metabolic panel to look at calcium, electrolytes, creatinine, blood urea nitrogen, blood counts, and thyroid and parathyroid functioning. Urine tests, as well as glomerular filtration rates, will also determine the cause and acuity. 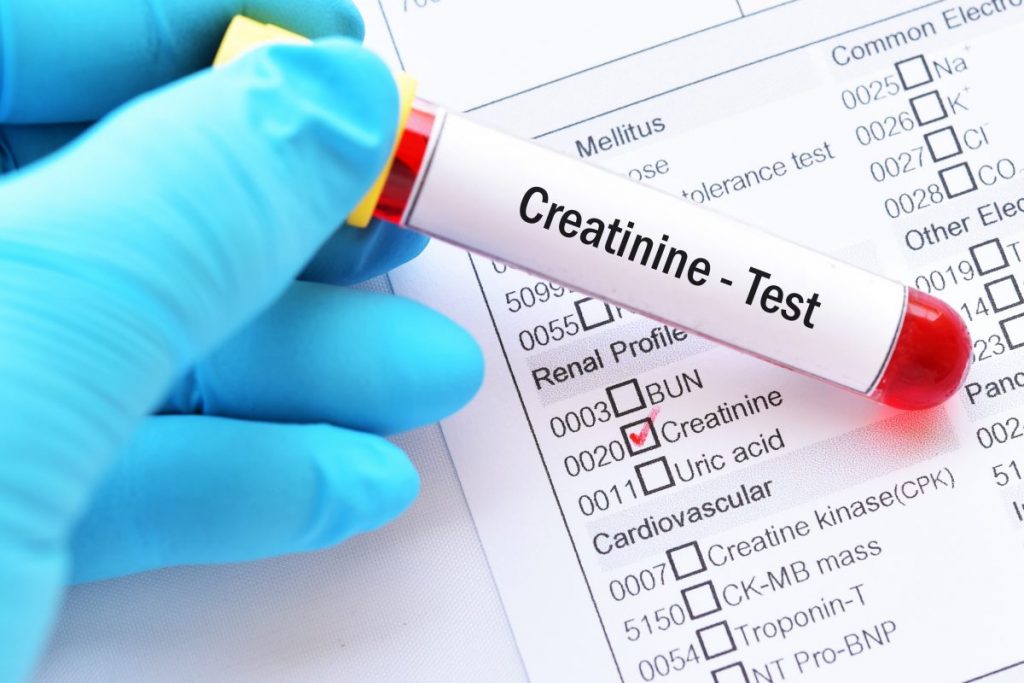 The first priority in the medical treatment of uremia is dialysis -- filtering the blood through a machine that acts like an artificial kidney. Dialysis removes all toxic waste including the excess urea that causes uremia. The second priority for treatment is to manage whatever is damaging the kidneys so that uremia can be prevented. If the person is in end-stage kidney disease, they may need a kidney transplant. For other causes of kidney damage such as a mechanical, medication, or inflammatory issue, the doctor will focus on treating or repairing those issues. 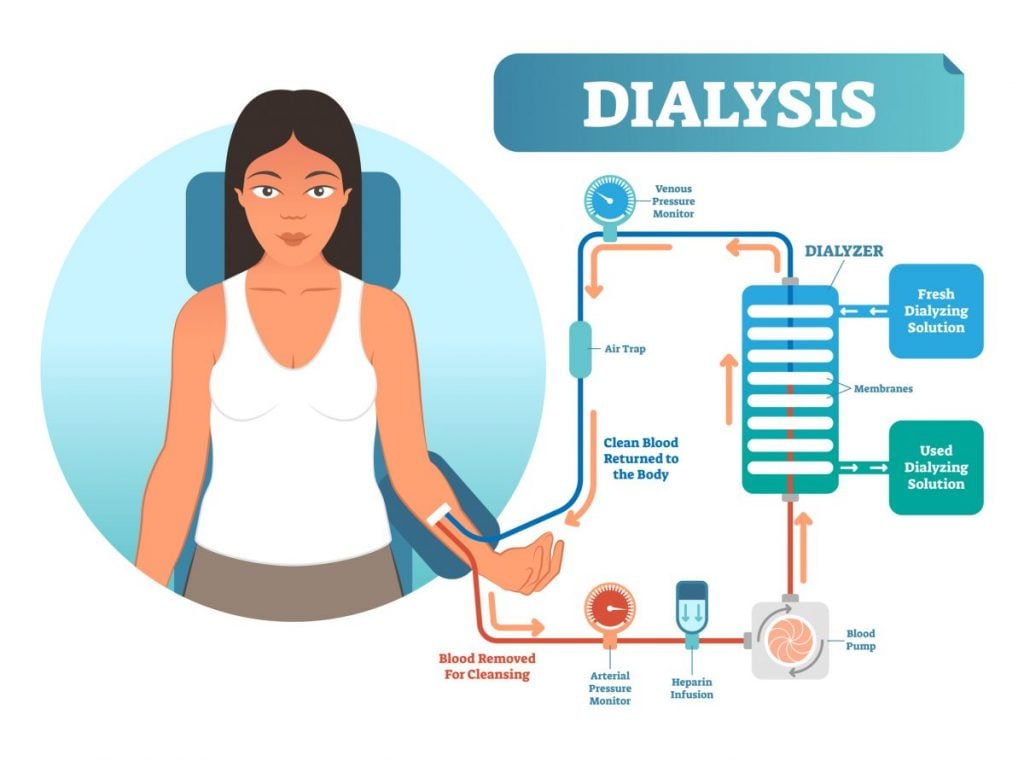 Uremia is a challenging medical condition requiring treatment from a specialized doctor. However, in addition to medical treatments, several alternative treatments exist that can support kidney health and decrease uremia. Supplements such as coenzyme Q10, L-carnitine, green tea, probiotics, and vitamin D can help neutralize and remove urea, enhance the immune system, and protect the blood vessels if the patient requires dialysis. Following a kidney diet is recommended. This means that all foods high in potassium are off-limits. Some doctors will also recommend an anti-inflammatory diet and the assistance of a nutritionist. 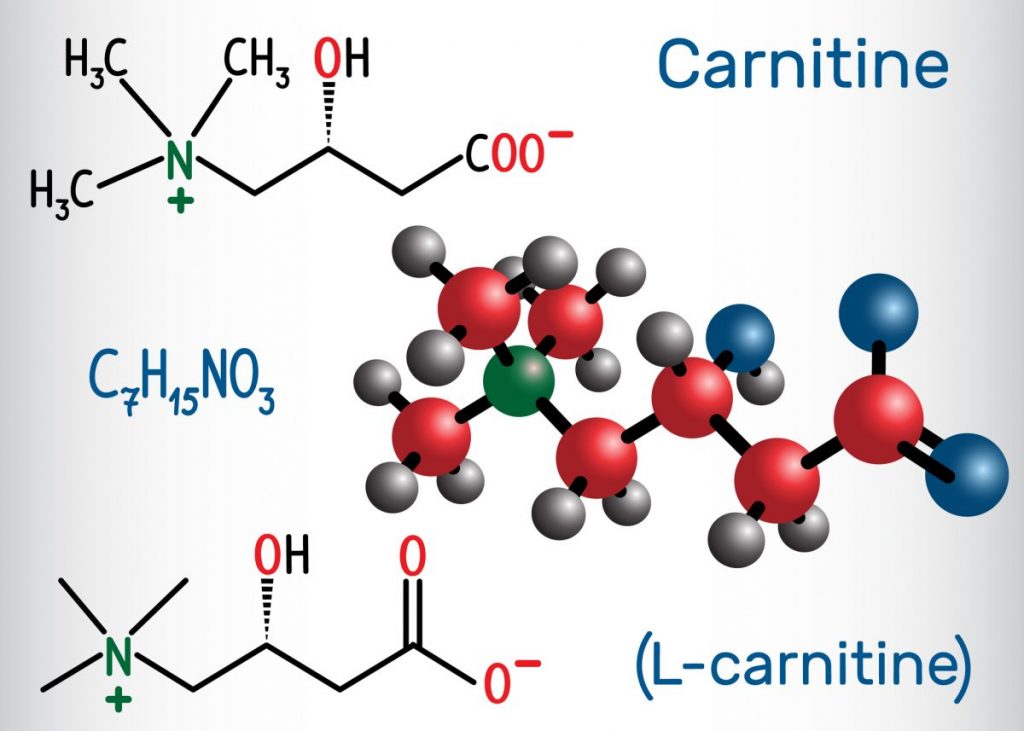 If an acute issue such as a treatable mechanical or medical problem causes uremia, then the condition is reversible. However, if uremia is a result of chronic and irreversible kidney disease, then the prognosis depends on how severe the disease is. Many people with kidney disease have a good prognosis if they're able to get a kidney transplant. The prognosis is less positive for those for whom a transplant is not possible.

In the early 1800s, researchers discovered that the kidneys excrete urea. At the same time, this substance was identified as the cause of specific disorders and toxicity in the body. Urea crystals were the first substance to be synthesized and replicated in a lab, by oxidating proteins. This process led Thomas Dutrochet to discover dialysis in 1850. The method of dialysis involves separating smaller urea particles from normal healthy cells through a semipermeable membrane. 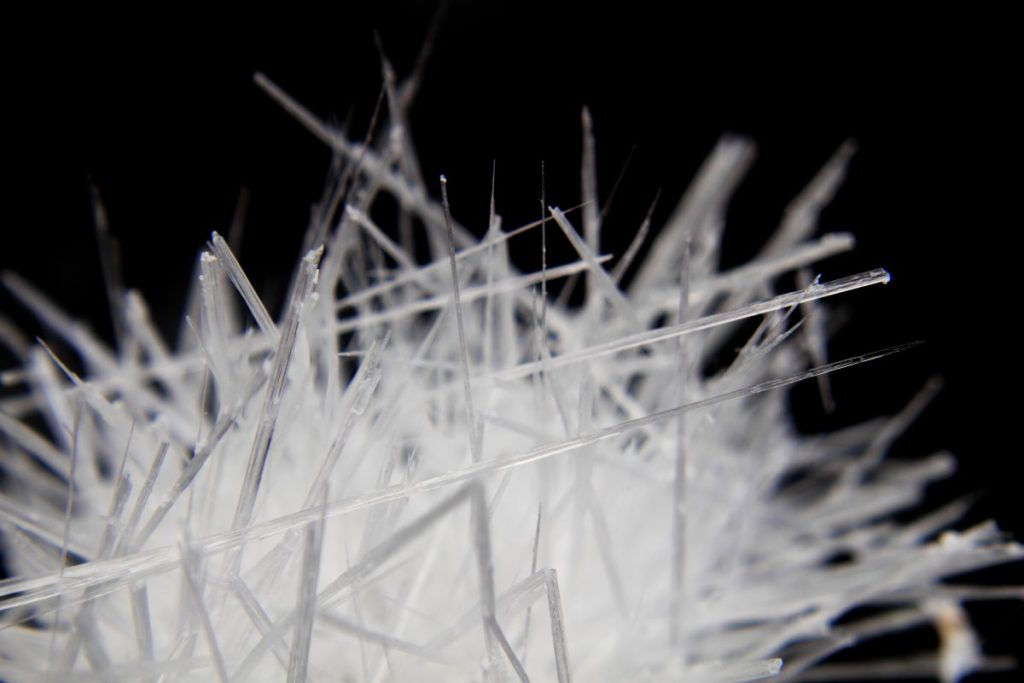