How Primary Aldosteronism Affects the Heart and Kidneys

Primary aldosteronism was first described in 1955 by American endocrinologist Jerome W. Conn after he examined a patient who exhibited hypertension due to an adrenal gland growth. Since then, scientists have learned more about this unusual condition, clinically known as Conn syndrome or hyperaldosteronism. While it is uncommon and affects only 0.1 and 20 percent of certain demographics, primary aldosteronism is a major trigger for some prevalent chronic conditions.

Aldosterone is a hormone that helps the body regulate blood pressure. It is made in the adrenal glands and can increase sodium and potassium by sending a signal indicating how much of each the bloodstream or urine should release. Keeping these chemicals in balance maintains serum pH and electrolyte levels, which influences cardiovascular function. 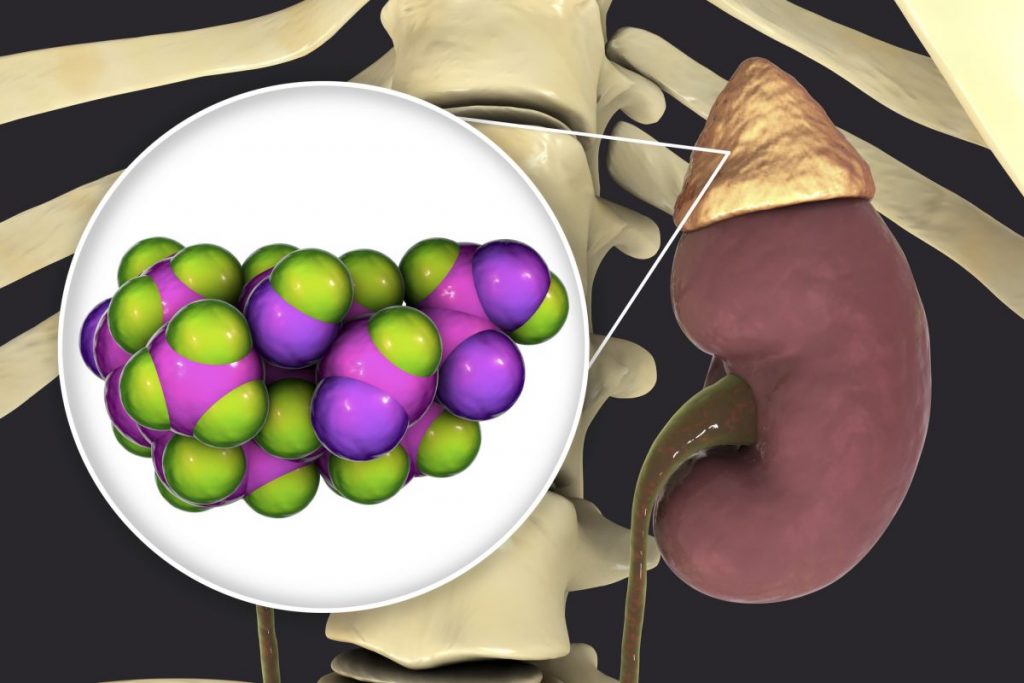 The condition is called "primary" aldosteronism is because it affects the adrenal glands. In nearly two-thirds of all cases, a benign adrenal adenoma is the root of the condition. This tumor grows in the glomerulosa cells of the adrenal cortex of one gland and is most common in males between the age of 30 and 50. In less than one percent of cases, the tumor is a carcinoma and requires a different medical path. 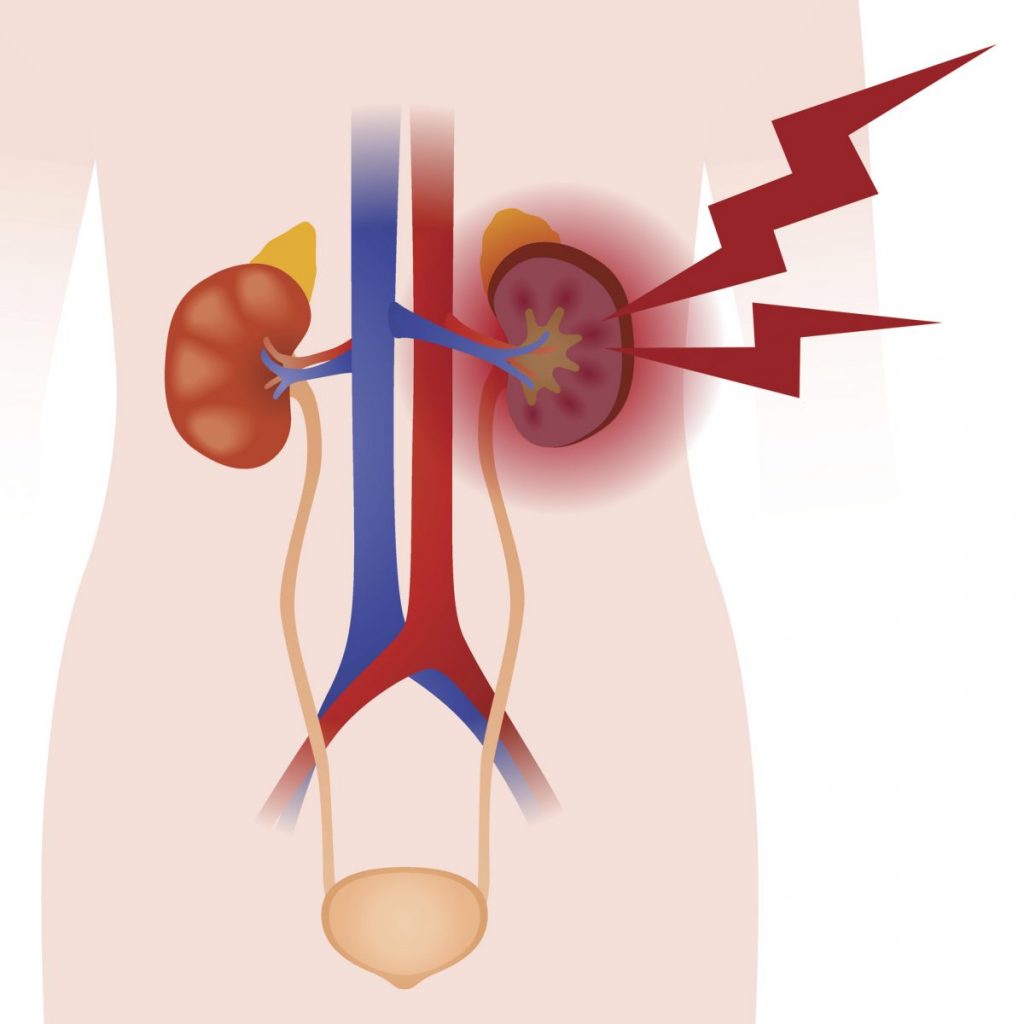 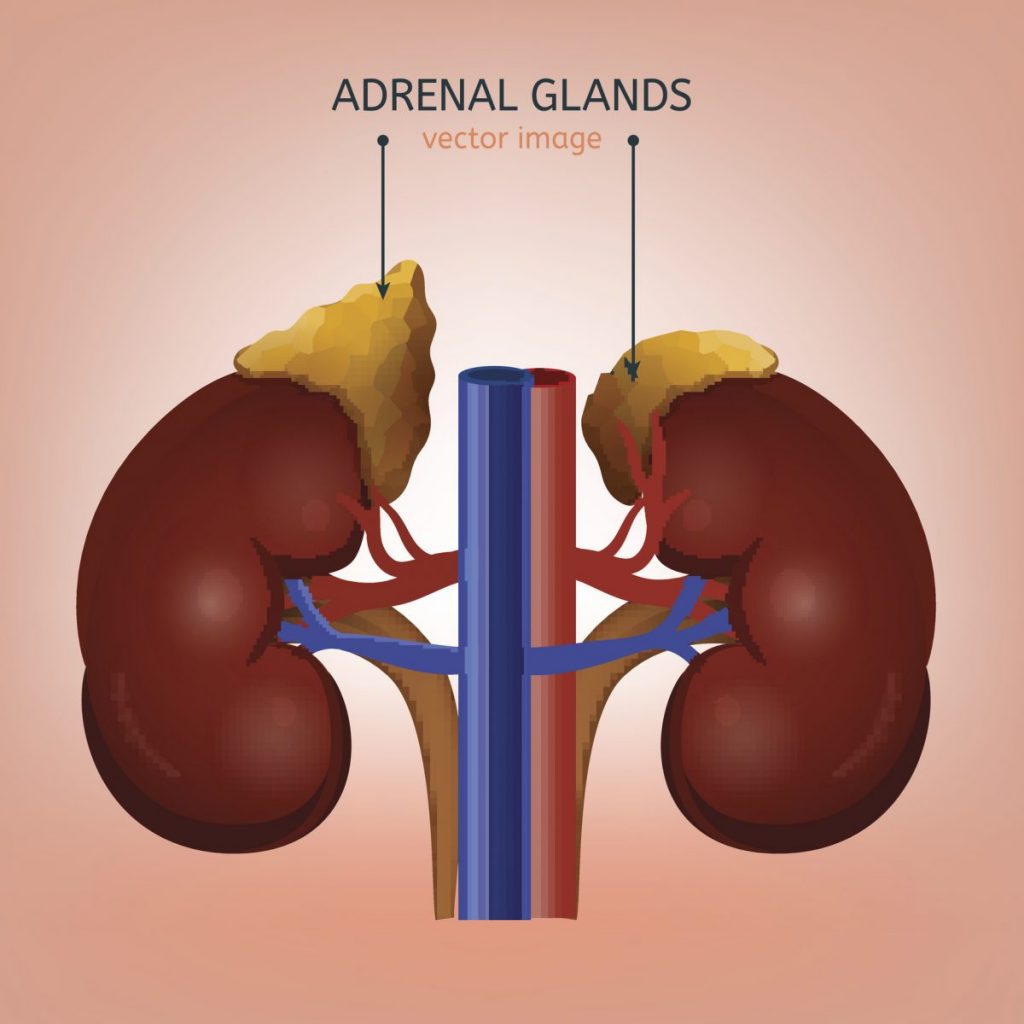 RAAS, the renin-angiotensin-aldosterone system, regulates important functions, including fluid and electrolyte balance. Low salt levels prompt the kidneys to produce the protein renin. The liver produces angiotensinogen, which is converted to angiotensin for narrowing the blood vessels. Too much aldosterone means the body retains too much sodium, elevating blood pressure. This increases the glomerular filtration rate, the process used to clean the fluid that passes through the kidneys. As a result, less renin is released, and fluid and electrolyte balances are thrown off. 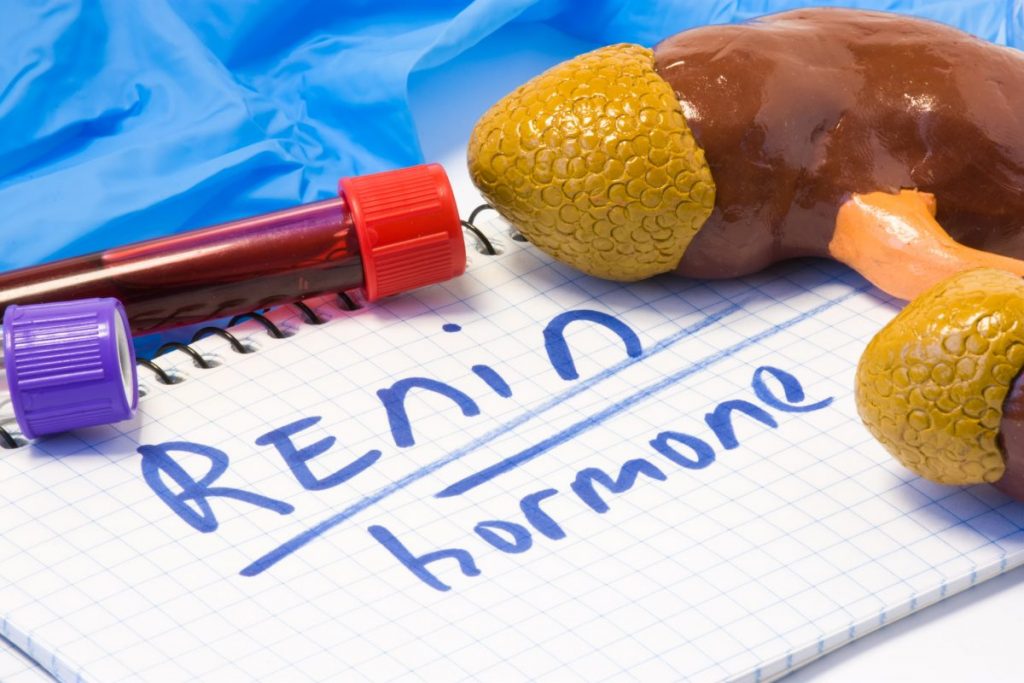 Serum potassium levels of 3.5mmol/L are classified as hypokalemia. When the kidneys signal for the distal convoluted tubule to absorb more sodium, less potassium is secreted, allowing chloride to follow sodium. This process leads to metabolic alkalosis, which causes the urine to be more acidic and extracellular fluid to be more alkaline. 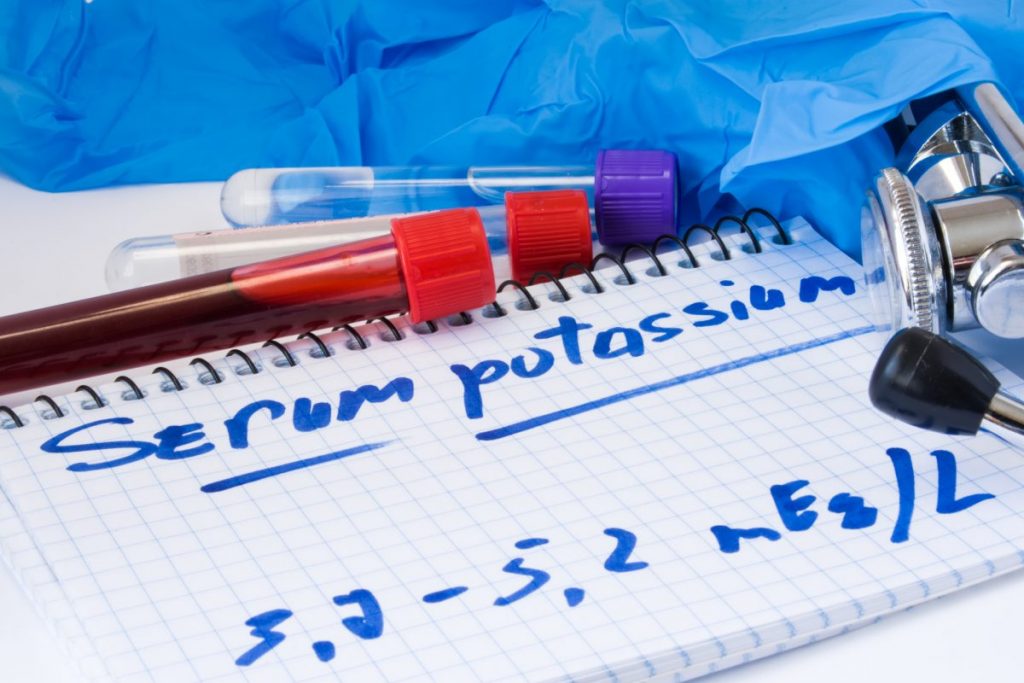 The Role of Genetics

Familial hyperaldosteronism accounts for less than ten percent of all occurrences. It is an autosomal dominant trait, meaning just one copy of the gene is enough to cause the condition. There are three types of this disorder, and only two of them have identifiable genetic markers. People with type 1 have mild to severe hypertension that appears in childhood and early adulthood. It is caused by the fusion of CYP11B1 and CYP11B2 genes. In type 3, the adrenal glands are up to six times their normal size, and severe hypertension begins in childhood. This type is caused by a mutation in the KCNJ5 gene, which regulates potassium. Type 2 appears in early to middle adulthood, and the genetic cause is unknown. 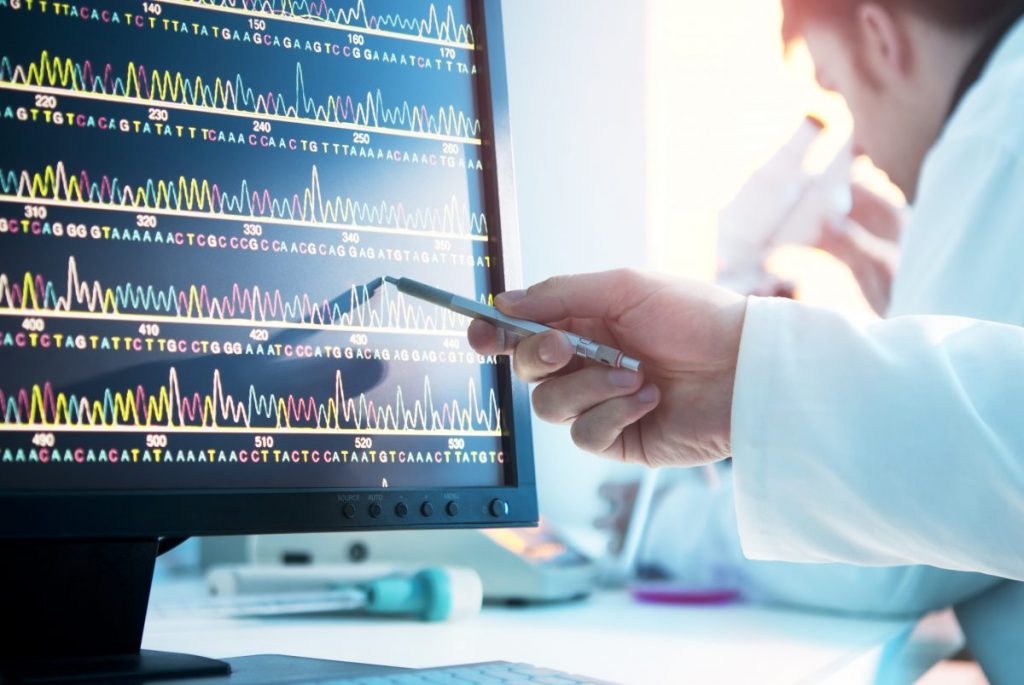 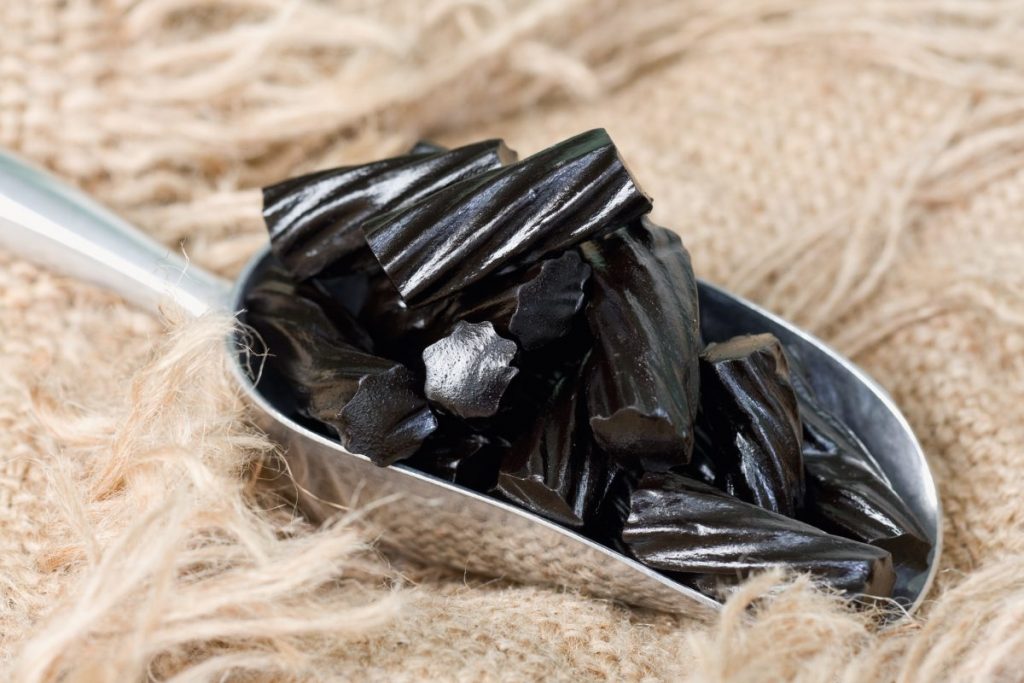 When it comes to hypertension, patients must worry about kidney problems, stroke, and heart failure. Left ventricle hypertrophy, an enlargement of the left ventricle walls, is a serious complication due to the heart straining to pump blood. Low potassium levels may cause muscle cramps as well as excessive thirst and urination. Because potassium is an electrolyte, cardiac arrhythmia could occur, increasing the risk of a heart attack. 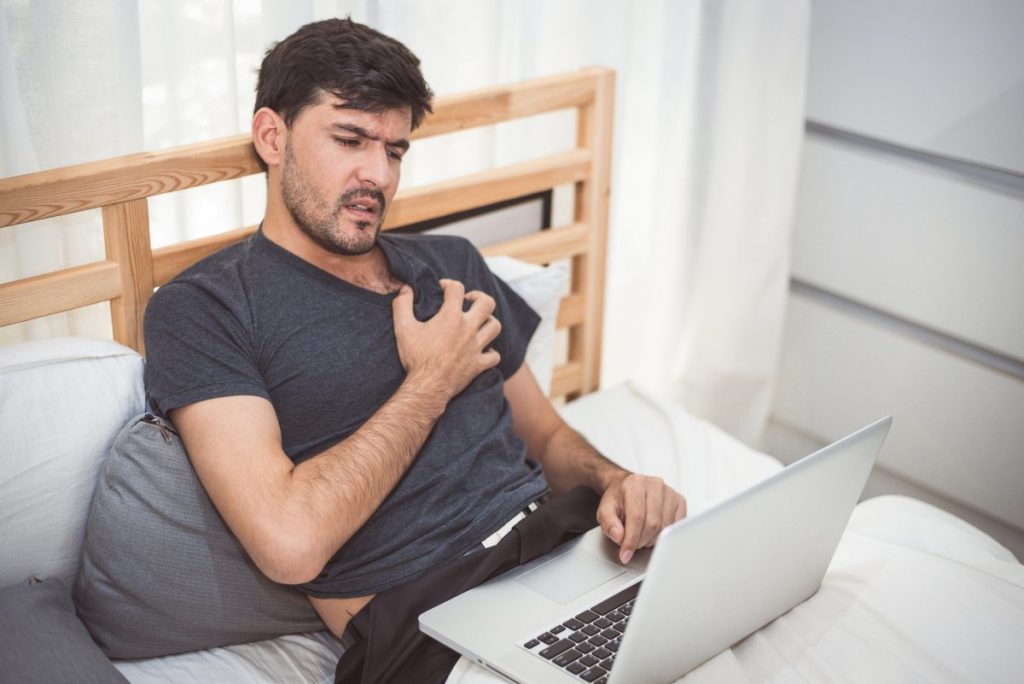 The presence of low renin and hypertension may be enough to prompt certain confirmation tests. Doctors measure levels of aldosterone and sodium in the urine after a three-day high-sodium diet or infusing the blood with a high-saline solution. If the preliminary test confirms primary aldosteronism, the doctor will order further tests such as a CT scan and adrenal vein sampling to check for adenoma and hyperplasia. 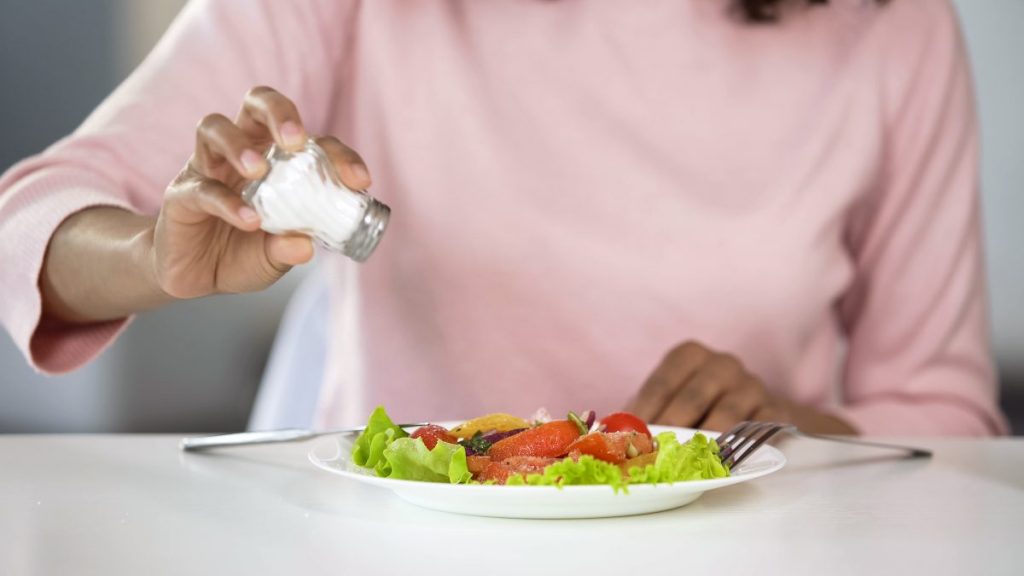 Treatment for primary aldosteronism depends on the cause. With a tumor, surgery is one option. However, for those who are not well enough to handle an invasive procedure, aldosterone-blocking drugs can help control blood pressure and potassium levels while doctors investigate other options. In addition to medications, those with overactive adrenal glands must integrate certain lifestyle changes, such as limiting alcohol, caffeine, and sodium, maintaining a healthy weight, and getting regular exercise. 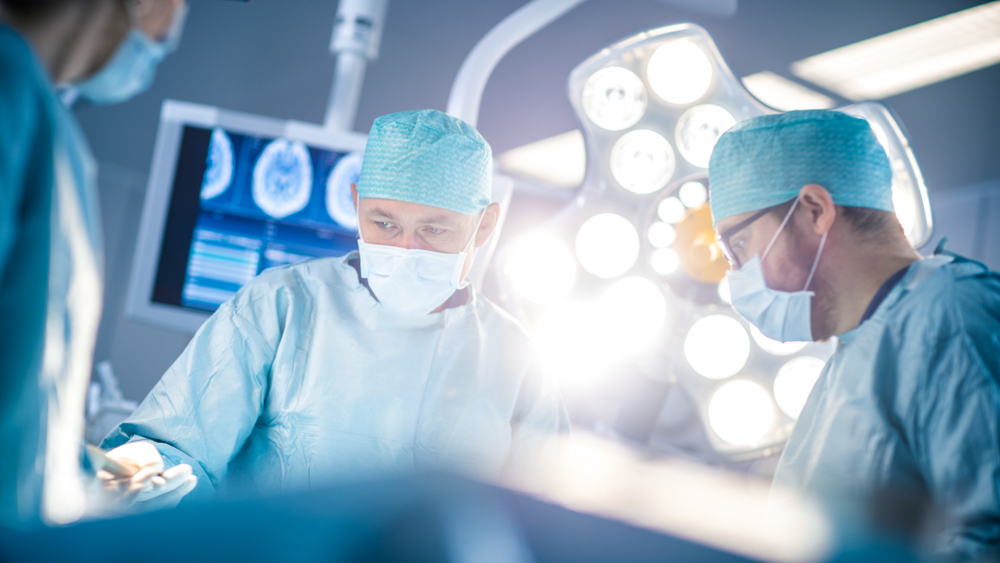