What is a visual field defect and how can we assess it?

A blind spot in the visual field, or scotoma, within the normal field of one or both eyes, is known as a visual field defect. It can be monocular when it affects the field of one eye only. Or binocular when the defect affects both eyes. Hemianopia is a defect that affects half of a visual field. Therefore, patients with monocular hemianopia are unable to perceive objects to the side of the visual midline. The defective vision may involve either half of the nasal (inner side) or the temporal (outer side) visual field.

Due to the frontal position of our eyes in the orbits, the visual fields of the right and left eye overlap significantly. Therefore, visual field defects may not be evident without specific testing of each eye separately. Perimetry testing can accomplish precise assessment of visual field defects. During this examination, the affected individual is asked to fixate his/her gaze straight ahead. They will then indicate whether they see special tests lights projected on an illuminated domed screen. 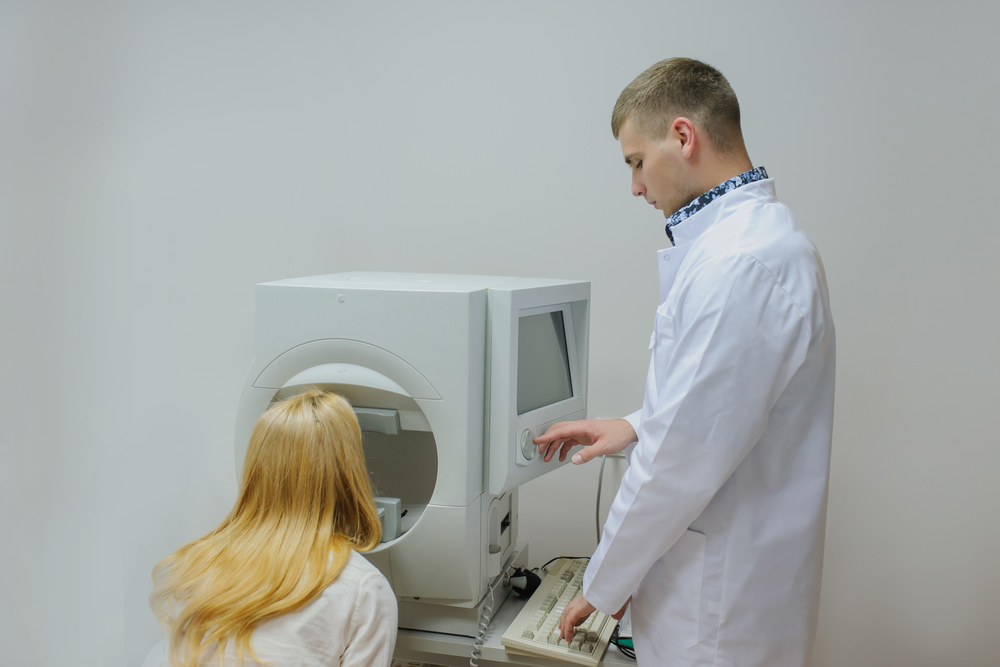 When the visual field defect occurs in one eye only, the cause can be localized to that eye. Or to the corresponding optic nerve which exits from the eyeball, travels in the orbit and the cranial cavity, before it meets the optic nerve of the other eye in the structure called optic chiasm.

When they reach the optic chiasm, the optic nerves from the two eyes meet and exchange some of the nerve fibers, hence the term nerve fiber crossing. As a consequence of this crossing, the manifestation of the visual loss involves both eyes. Therefore, bilateral hemianopia reflects disease processes at the optic chiasm or farther back in the brain. The specific condition where visual field defects are present in corresponding halves of the right or left eye fields is called homonymous hemianopia. The affected individual must, therefore, turn the head from side to side to compensate for the defect.

Whereas defects involving either the outer or the inner halves of both visual fields are called heteronymous hemianopia and result in a patient presenting a blind bi-temporal field or a blind bi-nasal field. In other words, affected individuals with bi-temporal hemianopia, for example, will not be able to perceive the objects located in the outer half of both the right and left visual field.

Causes of visual field defects are numerous; they include retinal, orbital and brain diseases, inflammatory processes and vascular diseases. However certain patterns of visual field loss help to pinpoint to a specific cause or location along the visual pathway. 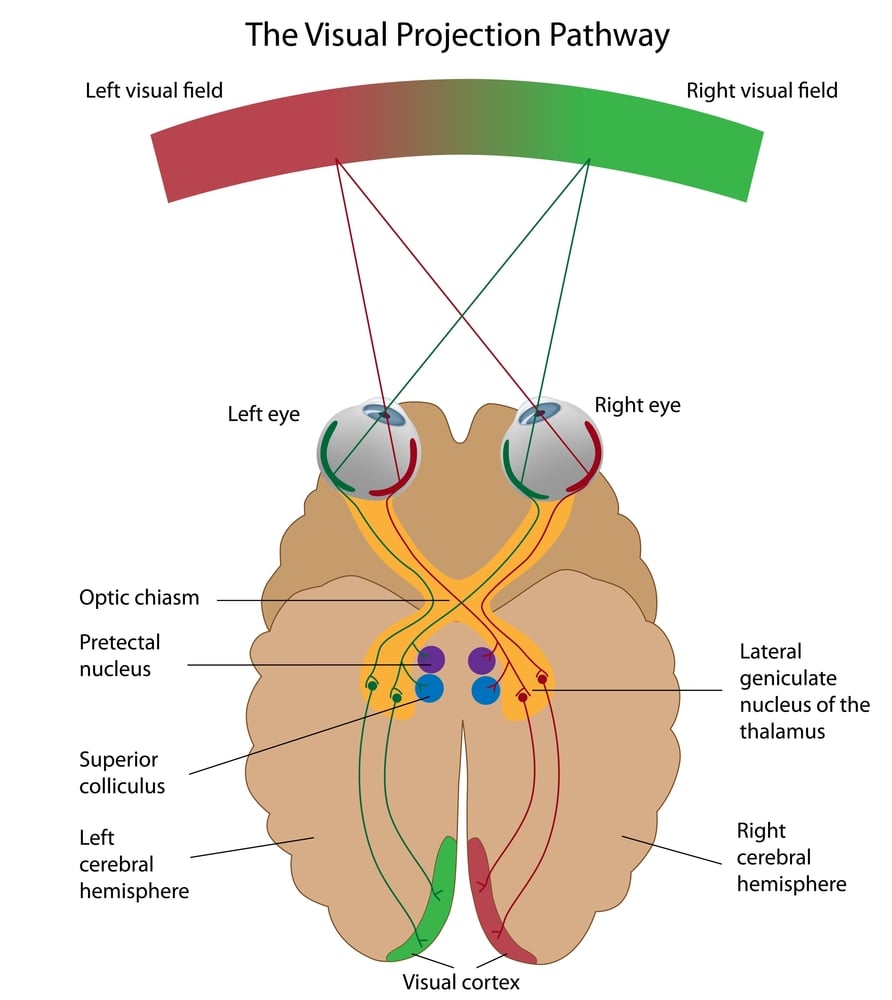 The damage caused by a unilateral retinal or optic nerve disease may result in monocular hemianopia because they involve the pre-chiasmal visual pathway. A retinal detachment, for example, located nasally, would give a temporal field defect in one eye. Inversely, a temporal retinal detachment is manifested by a nasal field defect in the affected eye. However, a retinal detachment is more often characterized by an atypical hemianopia which extends beyond the midline due to the spatial distribution of the retinal photoreceptors.

Optic nerve compression can also cause monocular nasal or temporal hemianopia. The loss of visual field, in this case, may be progressive and visual acuity may still be preserved. Other features like pain and fluctuating visual loss may be described in this scenario. Temporal hemianopia in one eye has frequently been associated to the compression of optic nerve due to a lateral development of pituitary gland adenoma or benign tumors arising from the neighboring meningeal structures called meningiomas (64% and 8%, respectively). 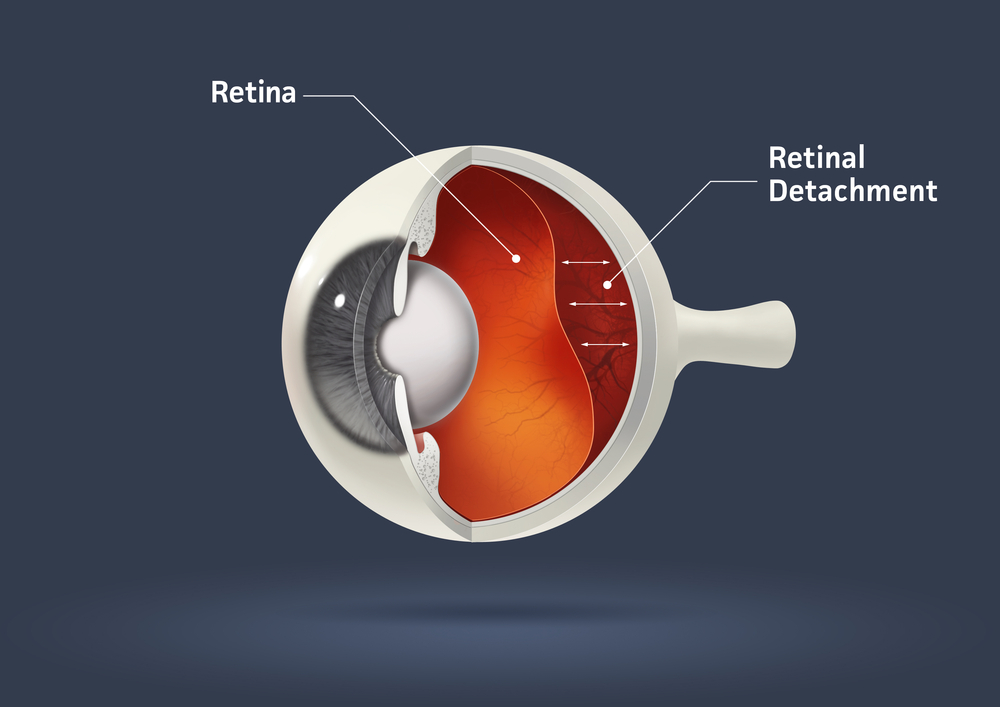 Causes of bi-temporal or heteronymous hemianopia

A chiasmal lesion pressing on the nasal fibers from each eye will more likely result in a bi-temporal hemianopia. Bi-temporal hemianopia suggests, for example, a compression of the optic chiasm produced by a pituitary gland tumor developing along the midline. This type of tumor is often slow-growing. Since the pituitary gland is responsible for regulation of the body's hormones, the visual field defect will be associated with symptoms of hormonal imbalance. The disease process may impair hormone secretion. And possibly lead to a lack of one or several hormones produced by the gland. Alternatively, the tumor can itself produce hormones in excess, leading to high levels of hormones producing a specific clinical syndrome. 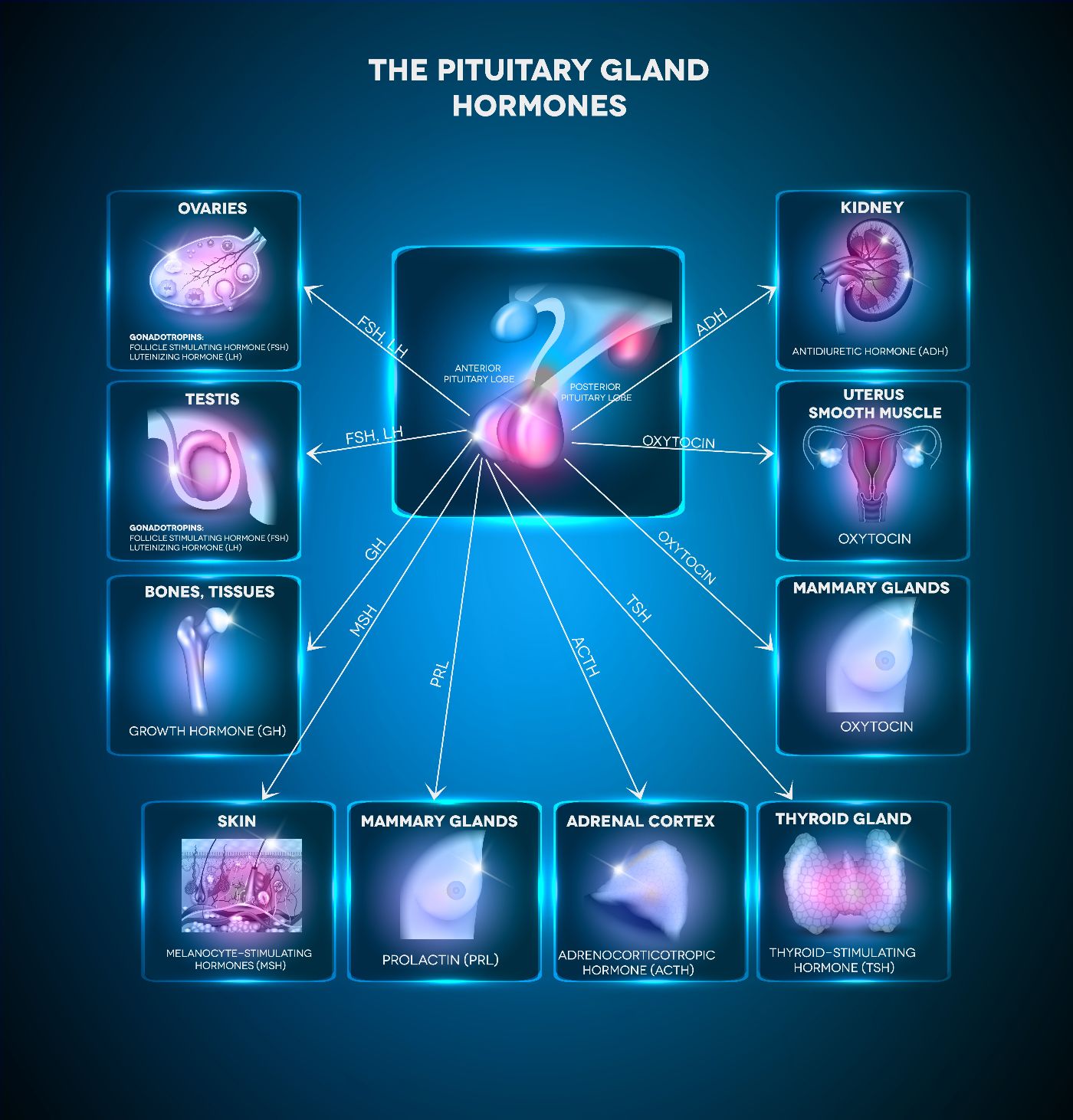 The lesion is located in the post-chiasmal part of the visual pathway, and the affected individual will not be able to perceive either the right half or the left half of the visual world of each eye.

It is estimated that 70% of the injuries leading to this type of loss are due to an obstruction of the blood supply (stroke) along the optic tract and brain structures such as the lateral geniculate body and the occipital lobe of the cerebral hemisphere. The affected population will more likely have diseases that affect the circulatory system such as arterial hypertension and diabetes. However, any disorder that affects the brain, including tumors, inflammation, and injuries can lead to homonymous hemianopia. 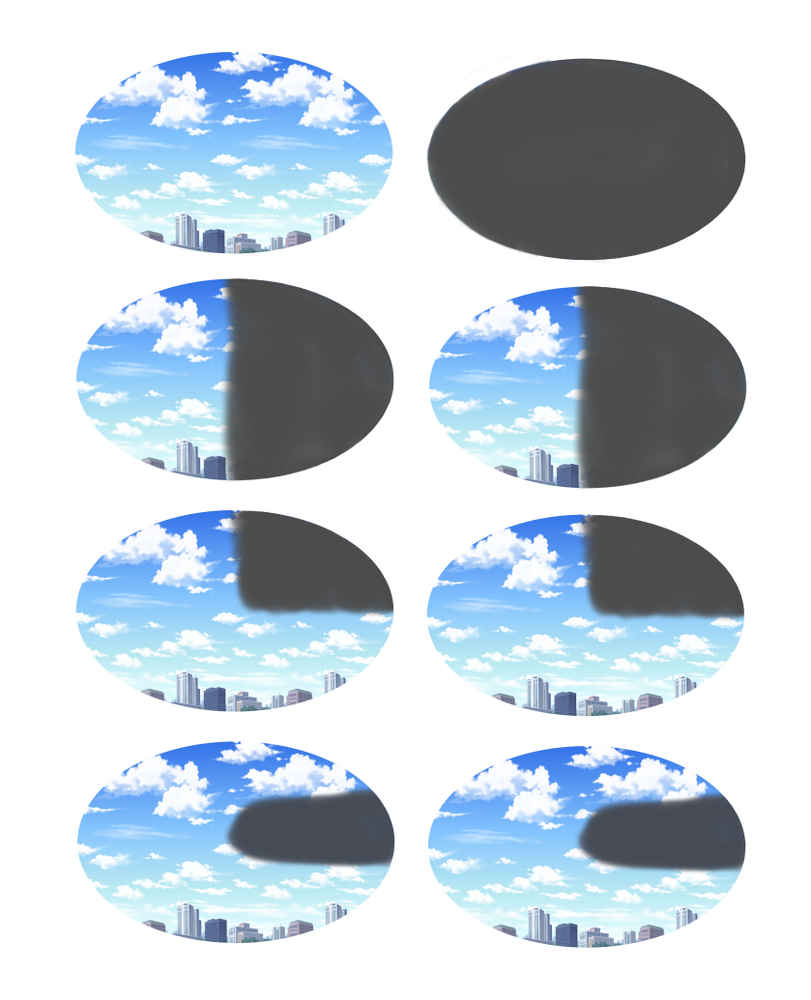 Hemianopia and visual field defects, in general, are among the most disabling sequelae of stroke. They can adversely affect activities of daily living such as personal hygiene, reading, mobility, and driving. During the acute stage of stroke, patients may develop rapid improvement. And even complete resolution of visual field defects if the vascular injury is limited. It is worth to mention that improvement is still possible even in patients with a sizable lesion. This is, most likely due to the resolution of cerebral edema, provided an appropriate, timely assessment, and treatment are administered to the patient.