What are the Best States To Live In?

Home is where the heart is, but some homes may have more perks than others. While it's difficult to objectively rate one state as better or worse than its neighbors, there are some where the general quality of life tends to be high. Experts have crunched the numbers to determine which states tend to rank higher than others. There is some disagreement depending on which qualities the analysis emphasizes the most, but these are generally considered the best states to live in the USA.

Although it may be small, Vermont consistently scores high on lists of the best states to live in due in part to its high resident satisfaction rate. Approximately 77 percent of Vermonters say they feel "active and productive," according to a Gallup poll. The state's stunning wilderness area, growing economy, and active culture may have something to do with this. In addition, Vermont has a very low crime rate to help residents feel safe. The only downside is that if you don't enjoy hiking and other outdoor activities, you may find yourself struggling to find things to do in your free time. 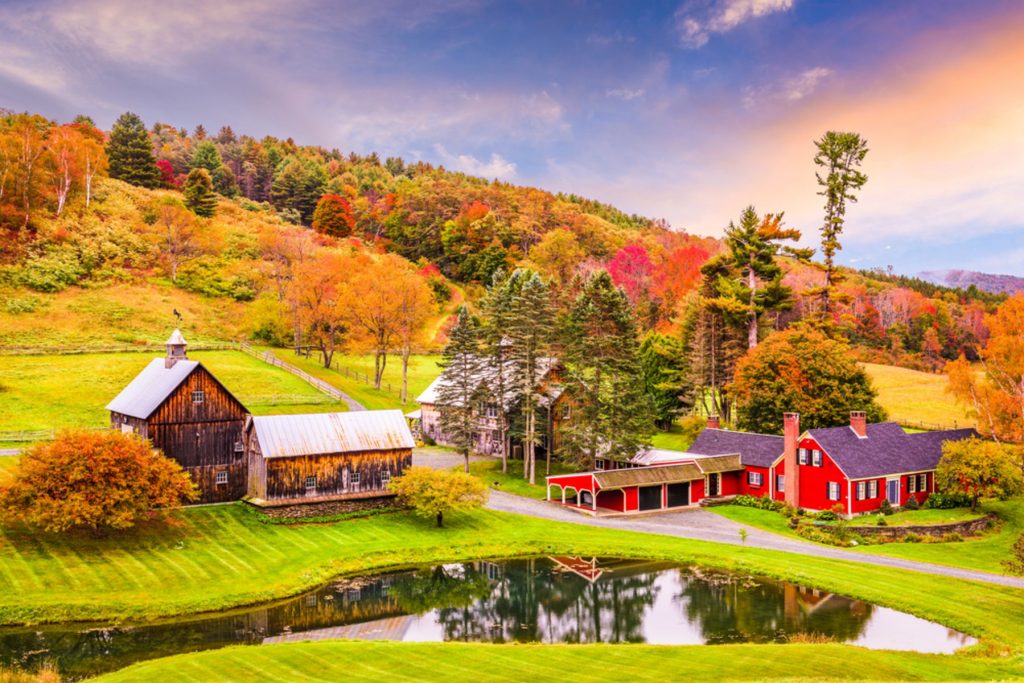 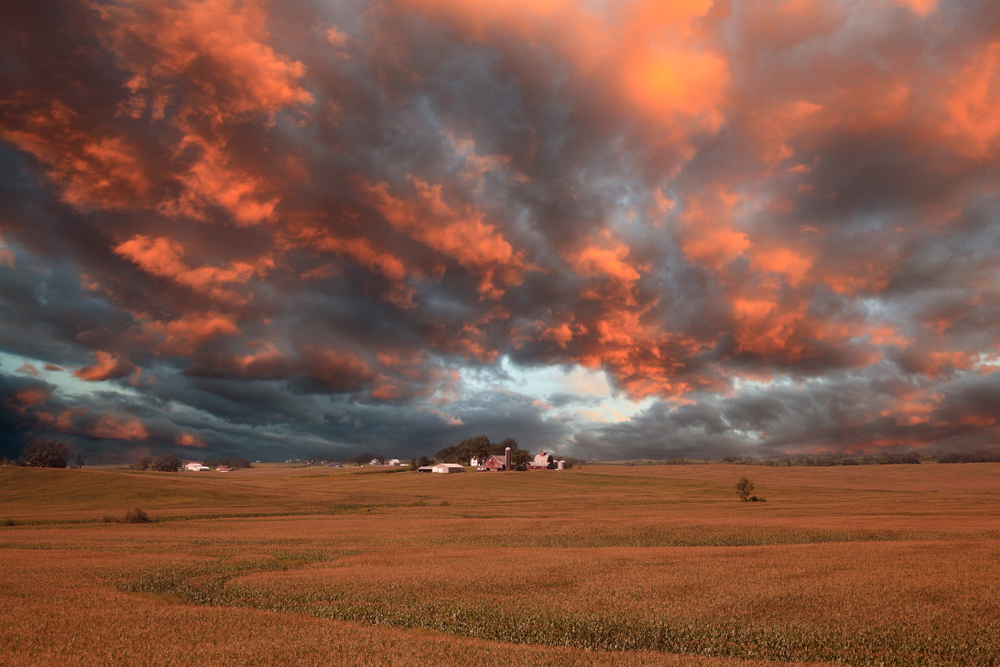 Though some travelers may see Utah as a rest stop between Denver and California, it is actually home to one of the nation's fastest-growing economies. It scores high in job growth, youth population growth, overall GDP, and growth in entrepreneurship and venture capital. Unique opportunity, combined with fantastic scenery, gives this state a boost on lists of best places to live. Famous attractions include the Great Salt Lake and Rainbow Bridge, the world's largest natural rock span. It might snow up to 500 inches in the mountains while staying temperate at lower elevations. The adventure and opportunity in Utah provide residents with little reason to want to live anywhere else. 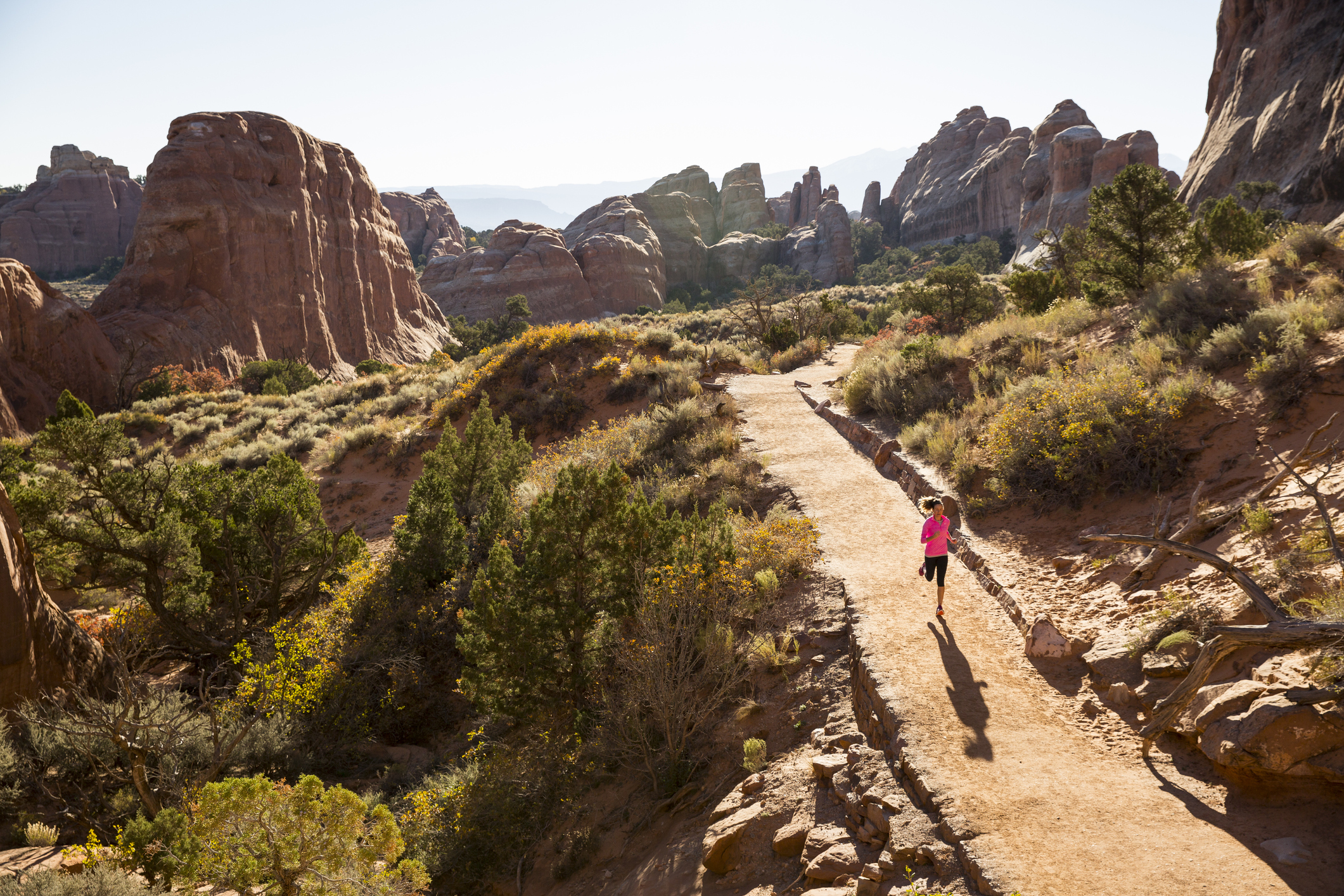 Colorado draws in outdoor adventurers from around the world, and for a good reason. The Rocky Mountains offer excellent hiking, skiing, white water rafting, and more. Towns such as Denver and Fort Collins are also home to many major businesses and excellent career opportunities. Coloradoans pride themselves on their outsider nature, so expect plenty of quirky microbrews, eclectic dining experiences, and one-of-a-kind art and performances if you move here. The major downsides to Colorado are the high cost of living and a moderately high crime rate, particularly in Denver. 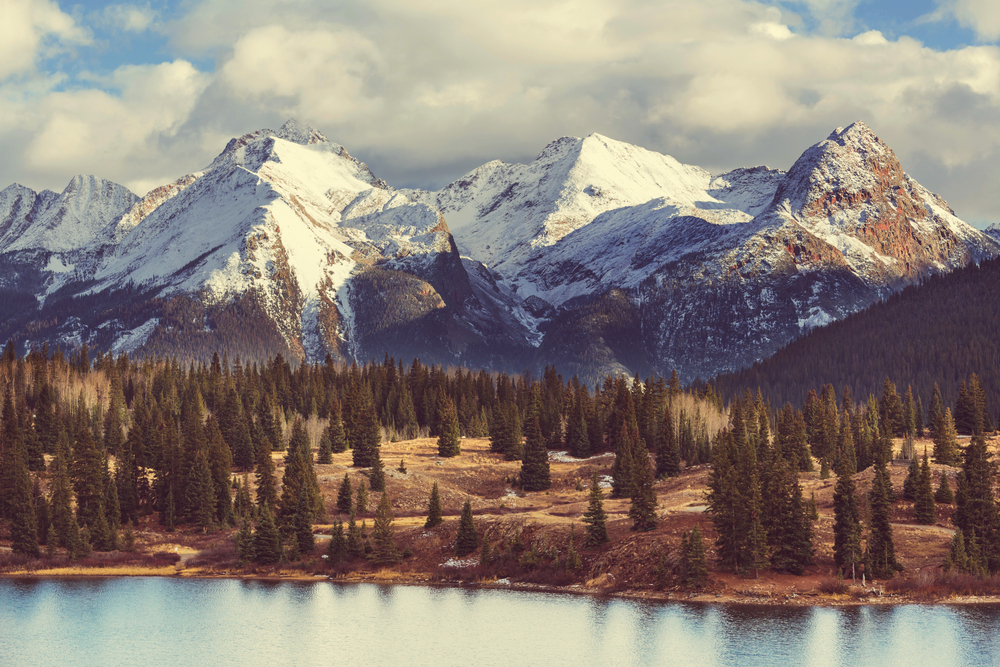 It's no surprise that a tropical paradise would score high on lists of the best places to live. Hawaii's gorgeous natural scenery ranges from towering volcanic peaks to pristine sandy beaches, and the weather allows for all-year enjoyment helping residents stay active and healthy. Locals also often cite the state's laid-back atmosphere and friendly, social culture as reasons they love it. If you don't work in the tourist industry, you may struggle to find a job here, and poverty rates tend to be fairly high. The crime rate is also a little higher than average. 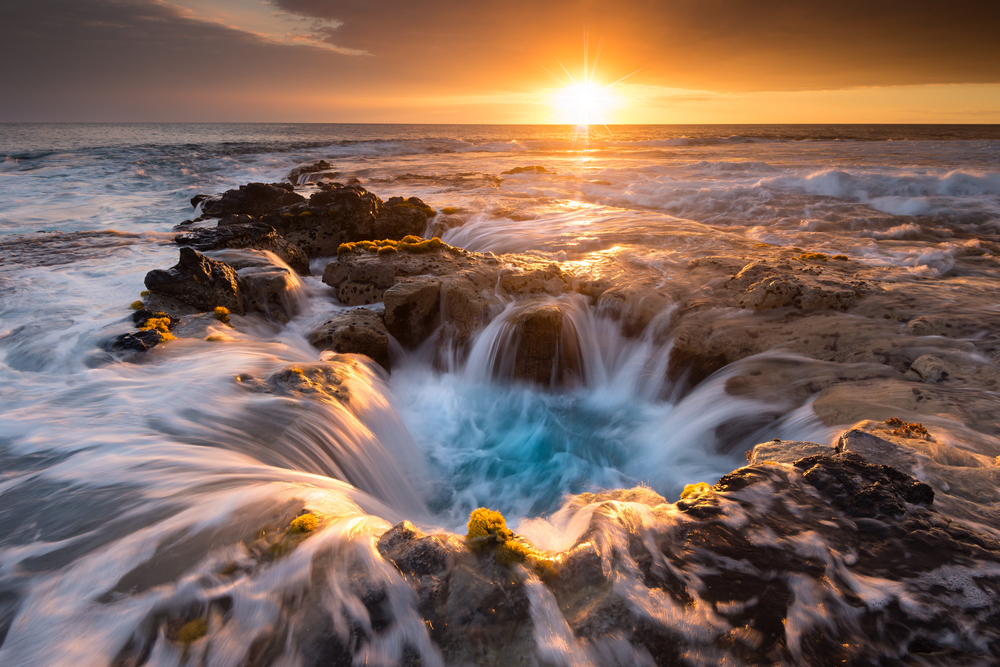 More than just a pass-through on the East Coast, Maryland has a strong economy, high marks in crime and punishment, and strength in preserving the natural environment. From the mountains to the ocean, Maryland also gives its people something to do during downtime. History buffs will enjoy the tales of the Underground Railroad and Civil War reenactments, while ocean enthusiasts will flock to the Chesapeake Bay loop. Hikers will revel in the mountain region to the west, while wine aficionados will appreciate exploring the numerous local wineries. Maryland holds a strong market in success and adventure for all its residents. 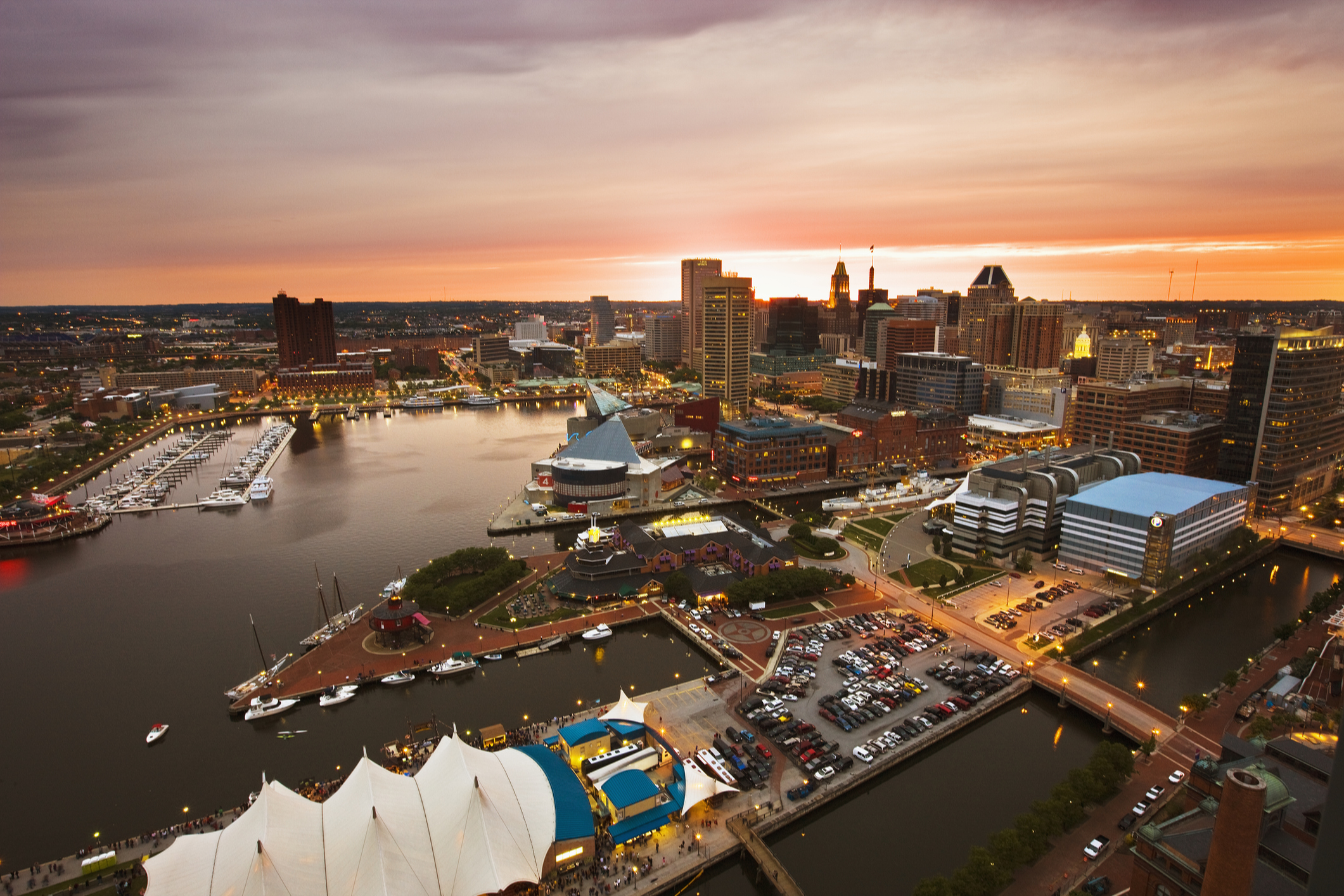 Like Vermont, New Hampshire's beautiful scenery and active lifestyle are significant sources of happiness for locals. In 2018 it was the third safest state in the U.S., so residents rarely find themselves worrying about crime. People here also tend to be reasonably prosperous, with low rates of poverty compared to the rest of the country. Its small size and location close to Massachusetts also open up extra job opportunities, with many residents commuting to their southern neighbor for work. 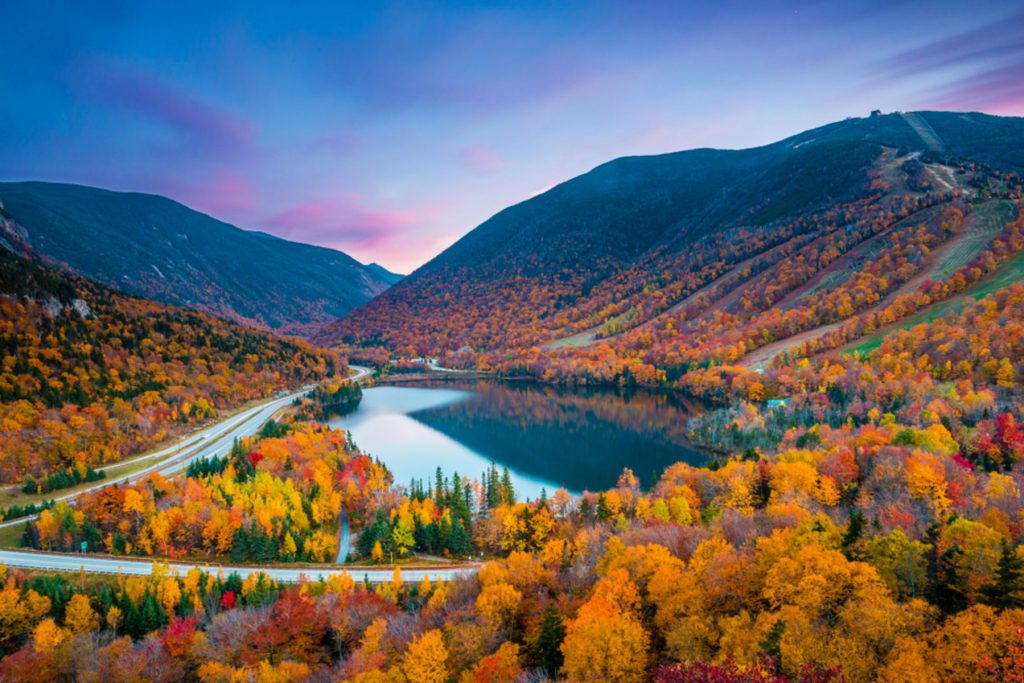 With a combination of high-tech companies and gorgeous natural scenery, Washington has something for everyone. Residents pride themselves on their diversity, which has helped create a thriving arts and culture scene. The weather is also fairly moderate, although some people may not enjoy the amount of cloudy days. The air quality in the state is also some of the best in the nation, and residents are generally healthier than average. Plan ahead if you want to move to a major city, though, as the tech boom has created housing shortages that may make it difficult to find a new home. 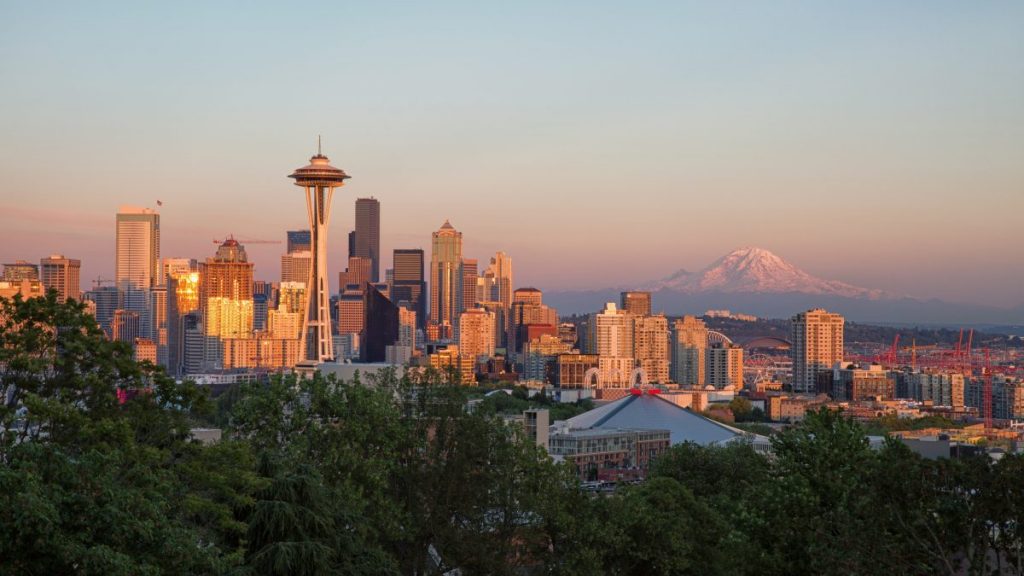 With its shipbuilding in the south and its tobacco in the rural areas, Virginia ranks high in fiscal stability and opportunity. Also gaining high points in education and crime and correction, the state is perfect for families. However, one of the best things about Virginia is its diversity in topography. From west to east, a resident can do it all. The mountains stretching through the west offer elevated fun, while the sea to the east holds aquatic adventures. Many people move here for the increased opportunity but stay for its beauty and plethora of local experiences. 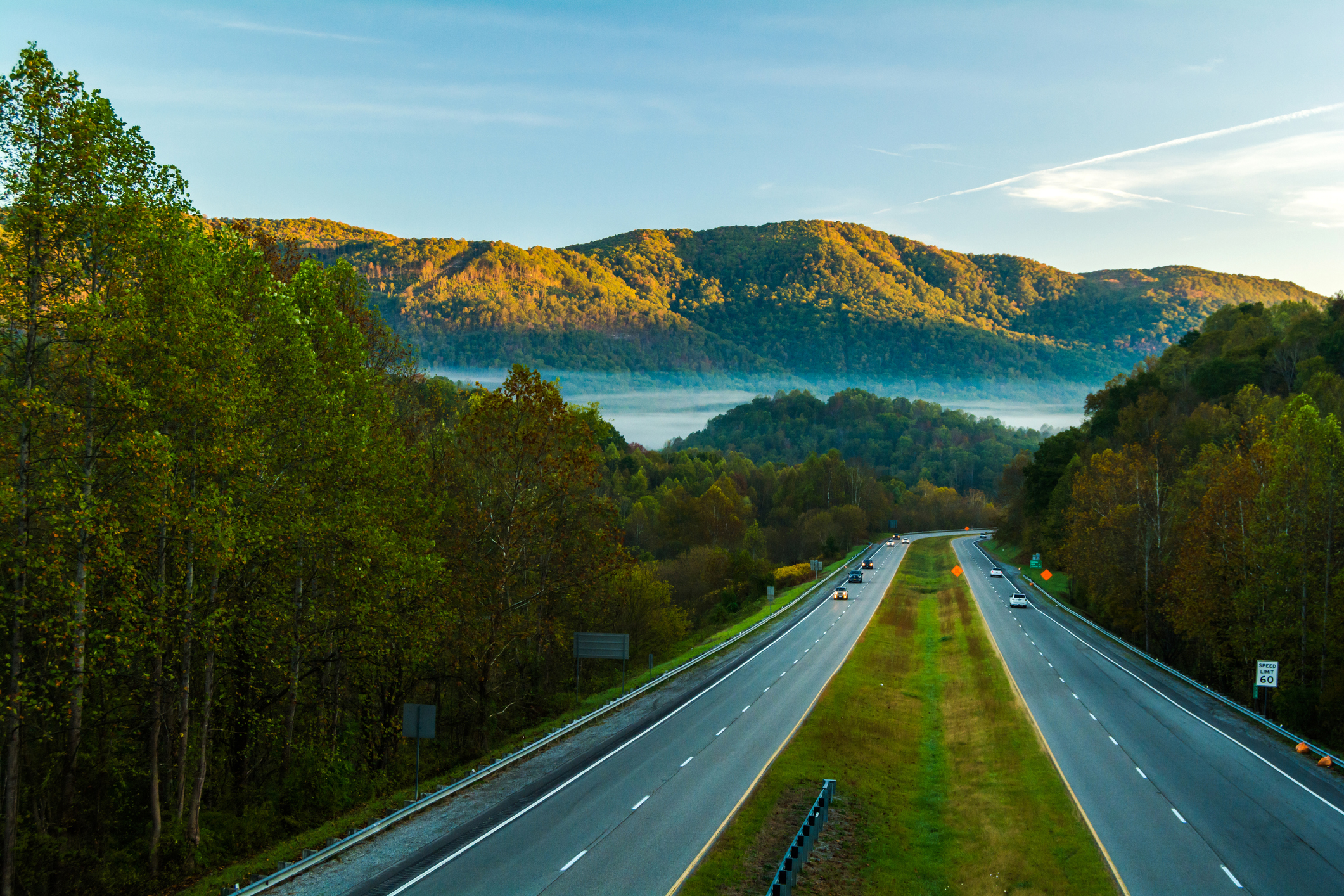 If you prefer big sky to big cities, Montana is the place to be. It has a fairly strong economy, though much of it is agricultural, so some people may struggle to find work. It also has the best air quality in the nation, according to the American Lung Association. Outdoor enthusiasts can find things to do all year, ranging from summer hikes to winter skiing and ice fishing, but there can be limited entertainment options otherwise. 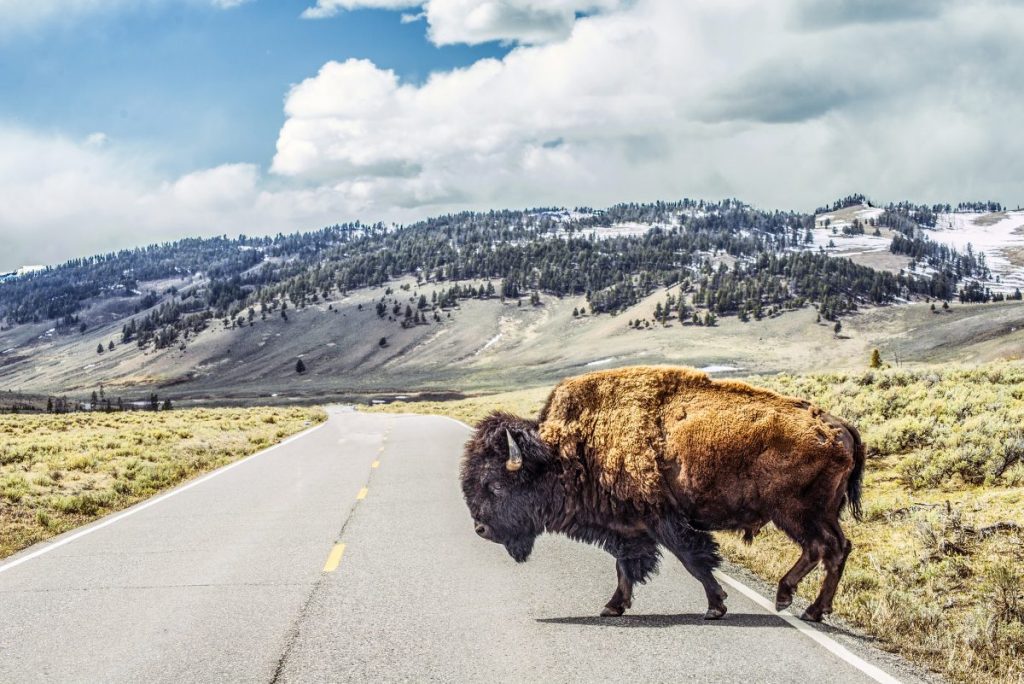 Massachusetts offers plenty of entertainment options, so you can find something you enjoy, whether you prefer partying at an underground rock show or sipping wine at an upscale vineyard. The cost of living here is fairly high, but good salaries and a thriving economy help balance that out. People who value diversity may also appreciate the state's robust anti-discrimination laws. One significant downside is the crime rate, which is quite a bit higher than average. 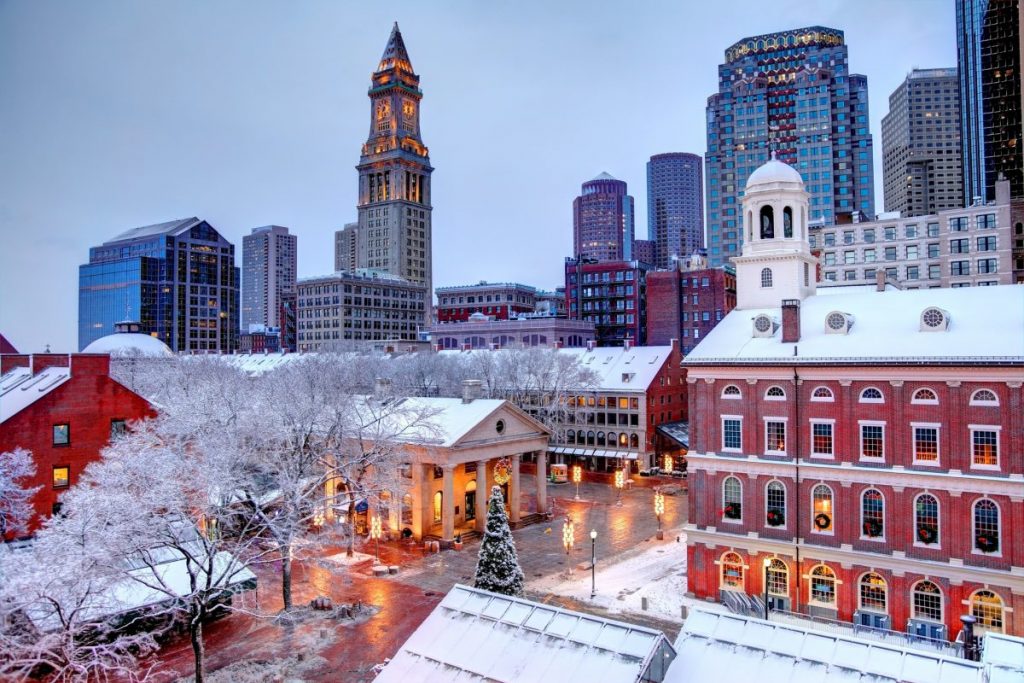 Nebraska's spacious flatlands peppered with exciting cities combined with superior education and fiscal stability create a perfect place to live. In the heart of the prairies, this state is a beautiful gateway between west and east. All four seasons offer fun outdoor activities, while the cities bring shopping and culture to the people. Nebraska residents enjoy the best of the wild prairies while having the cities only a short drive away. 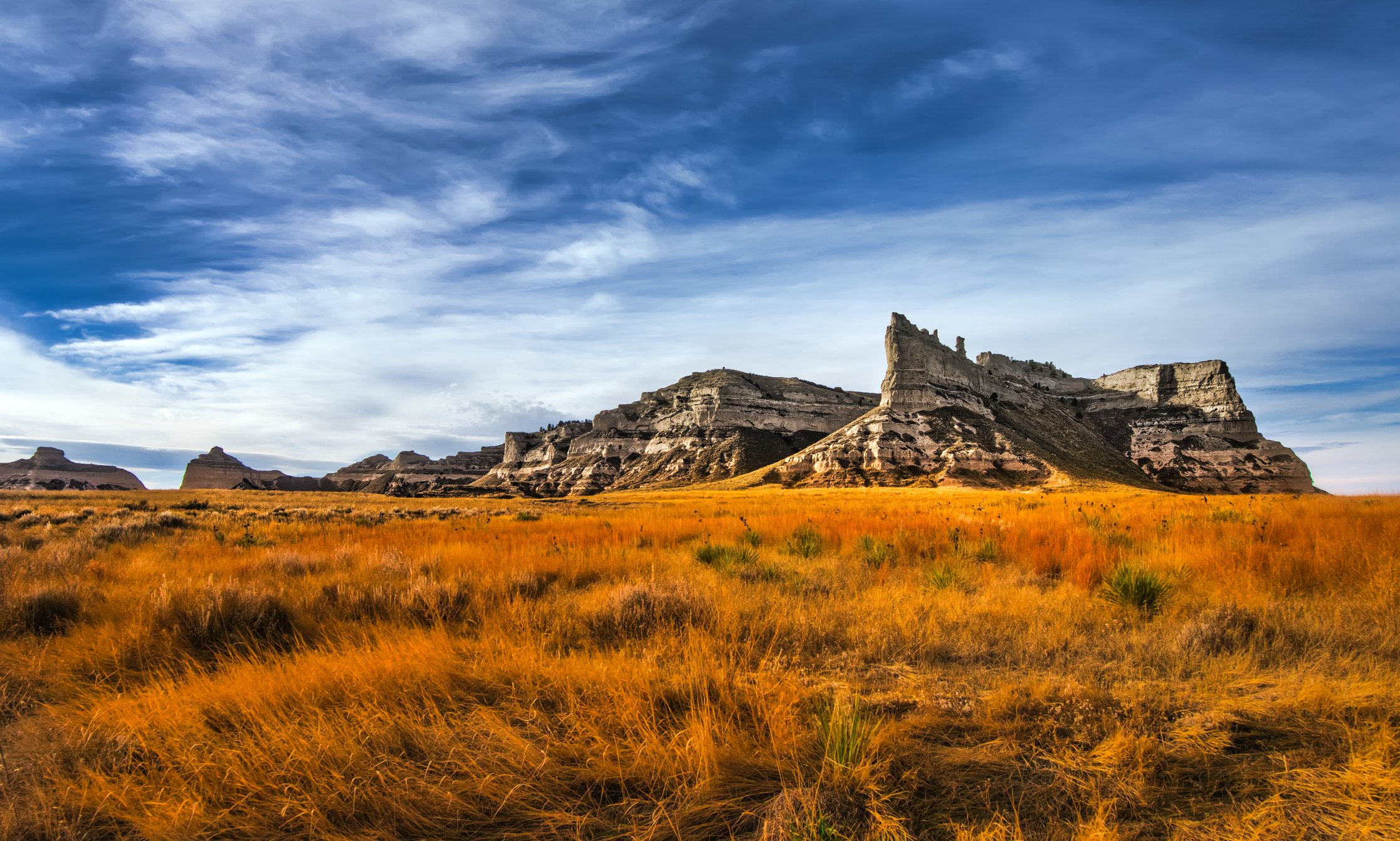 Although Minnesota's famously harsh winters scare away many would-be residents, those who stick around tend to speak highly of the state. Minnesotans are known for having a friendly, welcoming culture and an easygoing nature, which helps newcomers feel welcome. The crime rate is also consistently one of the lowest in the United States. The cost of living is fairly low, although housing costs in the Twin Cities can be somewhat high. 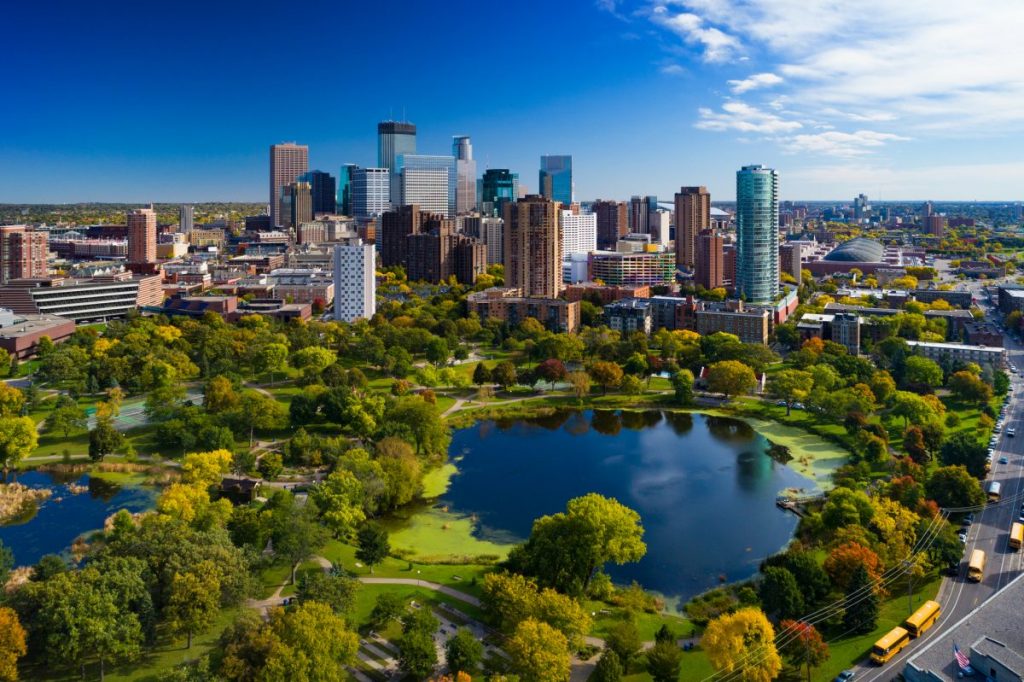 Florida's diverse communities and varying lifestyles offer a place for everyone, from the fast-paced atmosphere of Miami to the laid-back beach bum feel of Key West. The state has a strong economy and consistent economic stability, although the crime rate is fairly high. The year-round warmth makes it easy for residents to stay active, whether that's swimming and surfing in the ocean, kayaking in the Everglades, or hiking the numerous state parks that dot the landscape. 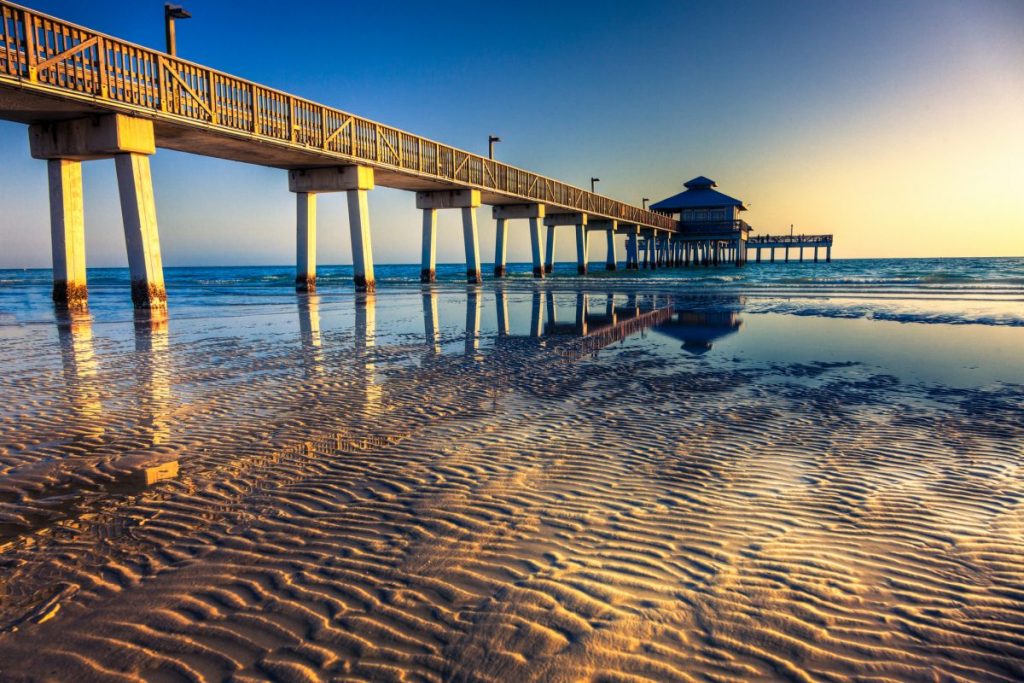 Think of cheese, and think of Wisconsin! Wisconson is the cheese capital of the USA, thanks to the fantastic farming opportunities available. The state ranks high in economic opportunities overall and education, with their advanced education programs in public schools. Wisconsin is also for those who prefer seasons, with all four seasons having a substantial impact across the state. Sports fanatics will feel at home in Wisconsin, where football, hockey, and baseball all have large fandoms. Home of opportunity and fun, Wisconsin is not to be overlooked. 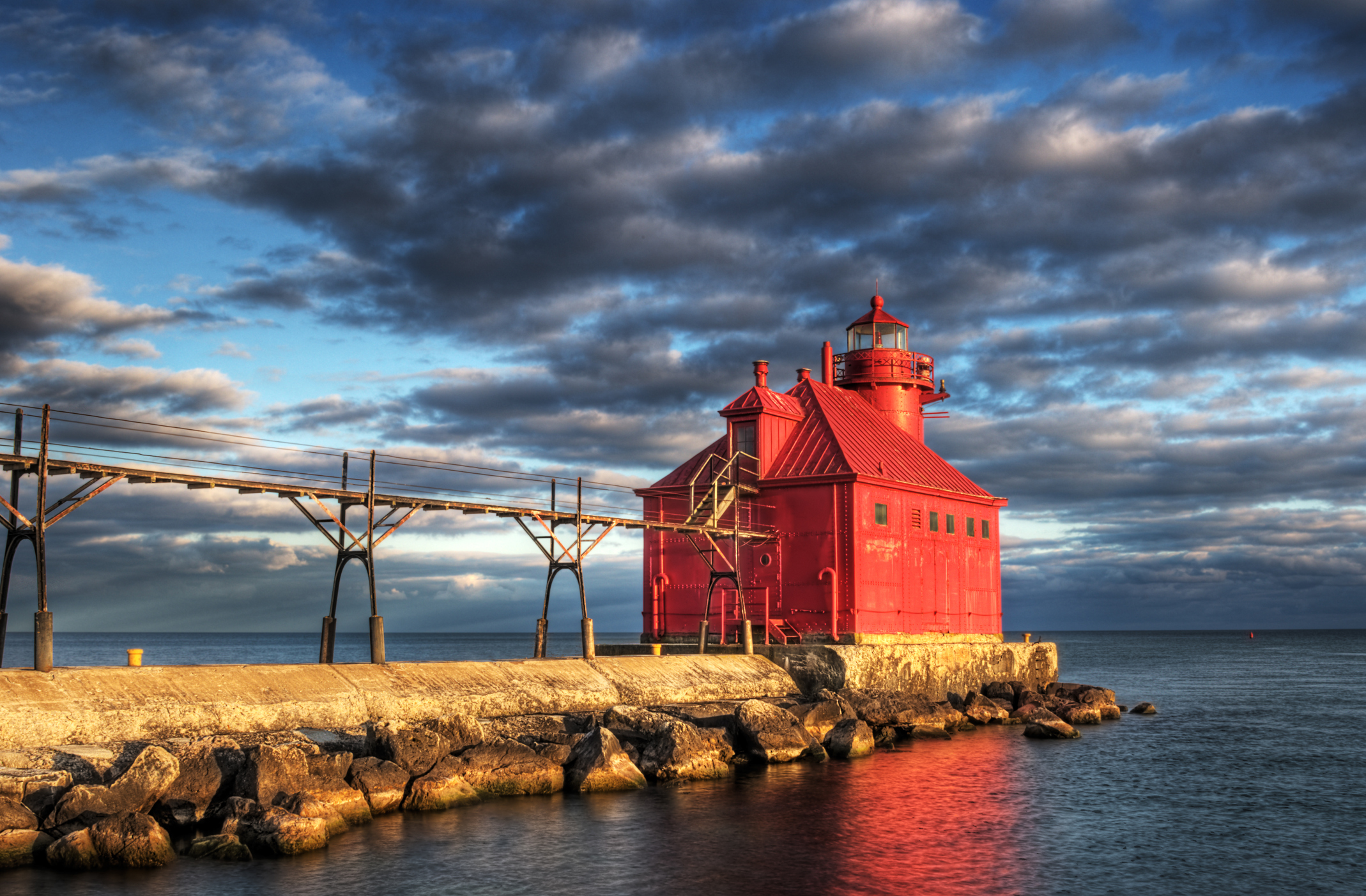