The Best Places to Retire Around the World

Increasing numbers folks ready to retire are choosing international destinations to spend quality time during their golden years. Not only do they find a lower cost of living in many cases, but they also connect with communities of other retirees from all over the world. There are several reasons why retirees choose these specific places. Some want an affordable lifestyle or healthcare options that they can't get in the U.S. Others seek new adventures in intriguing locales. If you're thinking about retiring to an international destination, consider these exciting options.

If you want to retire in a country that offers endless cultural exploration, magnificent natural landscapes, and amazing cuisine experiences, consider Thailand. However, if you insist on living by a precise schedule every day, Thailand may not be the best choice for your retirement. Life here has its own vibe. Whether you choose to live humbly or be a big spender, Thailand provides impressive options. Choose a lavish condo, an inexpensive villa, or an affordable apartment for your home. Retirees will find world-class healthcare and a country that is generally safe to walk around in, any time of day or night. 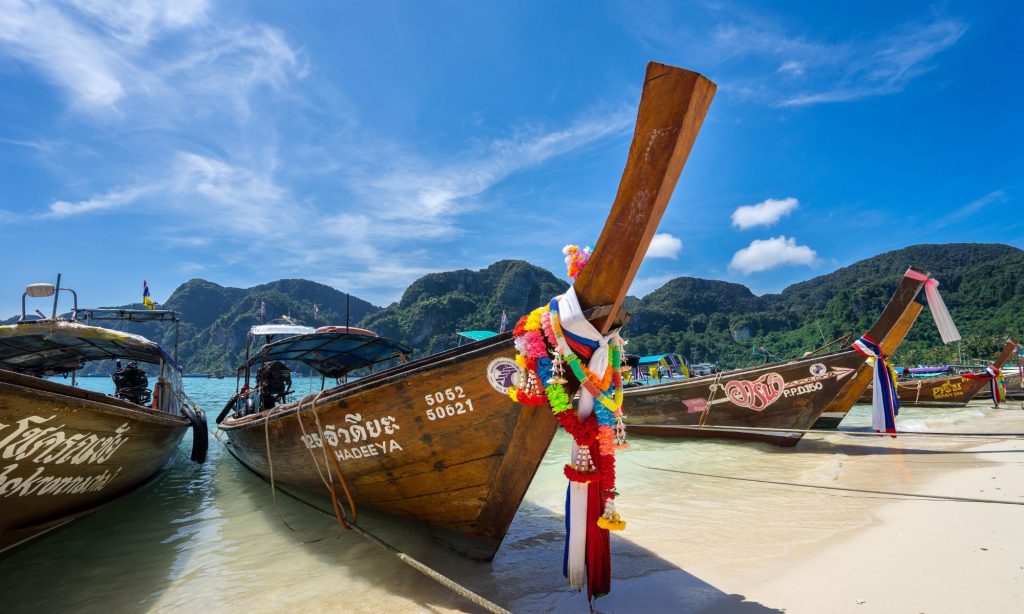 Slovenia is a progressive, fast-growing country in Central Europe with an ever-increasing retirement population, but many people probably haven't considered retiring there. Although it is small, Slovenia is not only one of the most sustainable countries in the world, but it also has an impressive infrastructure. Thankfully, it manages to maintain its old-world charm. Slovenia is far less crowded than other places of similar size in Europe. Just over 2 million people live there. If you're a nature-minded retiree, you'll love the temperate climate and diversity of landscapes to choose from, including a 30-mile Mediterranean coastline, mountain vistas, and alpine meadows. Explore the small lakeside community of Bled if you're seeking a location with natural beauty, but fewer tourists. There are bike paths, coffee shops, and boutiques in this unique town, with outdoor activities year-round. 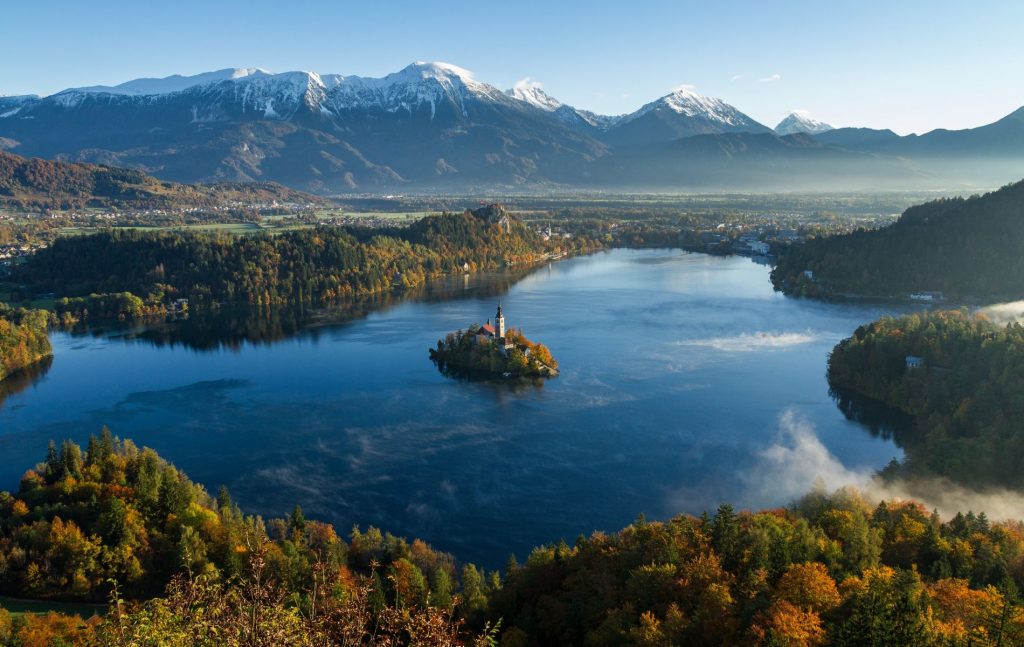 Retirees who move to Spain usually end up living in a smaller living space than what they planned on. However, the reasons have nothing to do with the cost. A couple can live here comfortably on about $25,000 per year unless they live in one of the larger cities. A majority of the residents here spend most of their time outdoors. The climate is warm, and there are endless numbers of cafes, beach destinations, and shopping districts to explore. Each Spanish city has a unique rhythm. Barcelona holds renown as a touristy, colorful city with a beautiful coastline, while Madrid is considered to be a haven of culture and elegance. If you love to cook, you can purchase an intriguing selection of affordable meat and fish, in-season fruits and vegetables, and Mediterranean olive oil available from local markets in every city. 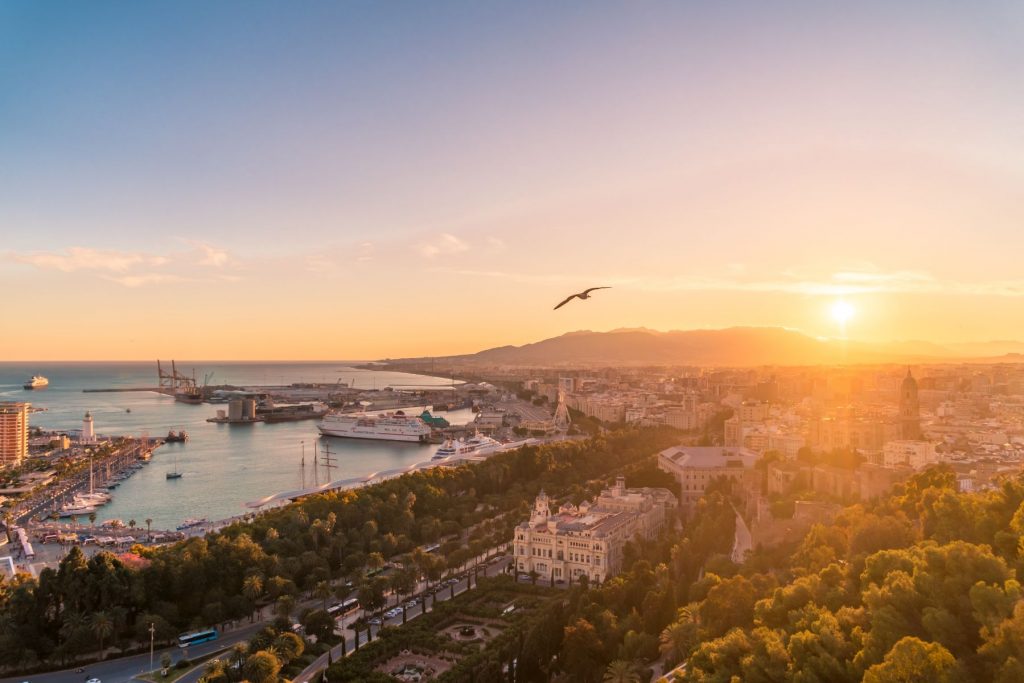 With its English-speaking population, warm, sunshiny days, affordable living, and high-quality healthcare system, Malta is a retiree's paradise. This island-state, lying just 50 miles south of Sicily in the Mediterranean Sea, is actually five different islands. The closer you live to the coast, the higher you can expect to pay for living accommodations. Although the cost of housing in Malta has increased significantly in recent years, it's still an affordable option for many retirees. Public transportation around the island is inexpensive and efficient. If you're seeking an urban living experience, check out Valletta, the beautiful capital city of Malta. With its Baroque architecture and rich history, there are a huge number of sites for you to explore. If you prefer a quieter setting, consider Mdina, a town of 300 people, also known as "the Silent City." Signs posted around town remind visitors to keep down the noise. 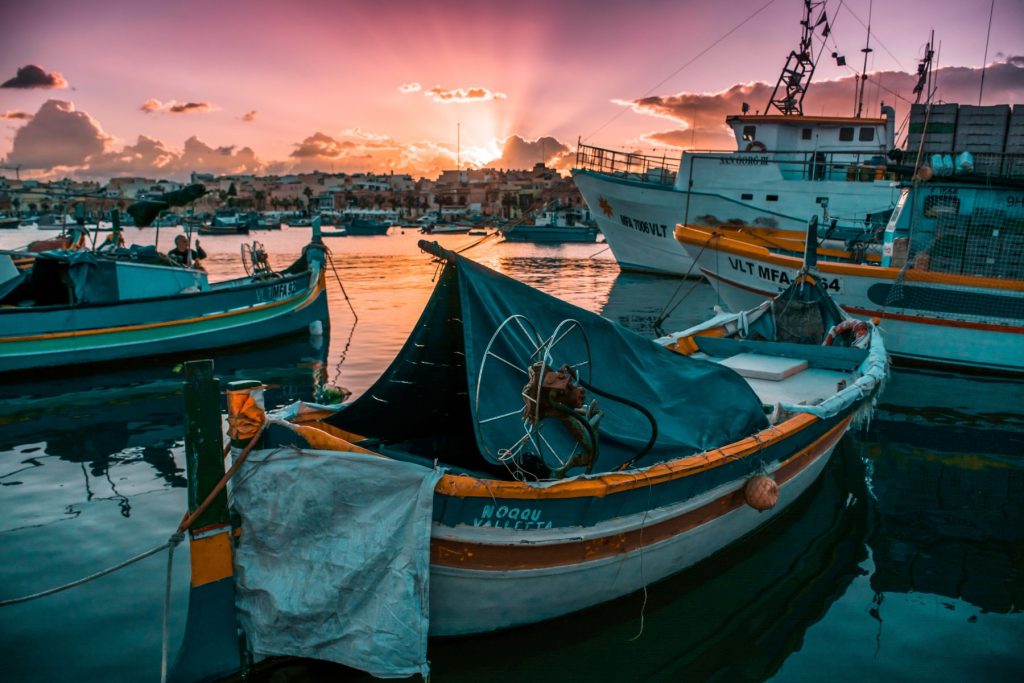 Photo by Remi Yuan on Unsplash

As a retirement destination, Austria offers all the scenic attributes of Switzerland, but at a much lower cost. However, the standard of living is high, as is the cost of living when compared to other destinations. The official language is German, and expats and locals recommend that you learn to speak it. The government offers settlement permits for non-EU pensioners who wish to retire here but have no gainful employment. For those who prefer a colder climate with world-class skiing, Austria is worth checking out. Most of the people who live here are insured, so retirees are expected to carry their own insurance. The quality of healthcare available is excellent. If you're seeking a city with a rich, vibrant, nightlife, consider Graz, Austria's second largest city. But if you prefer a much more relaxed place to live, visit Villach on the country's southern border. 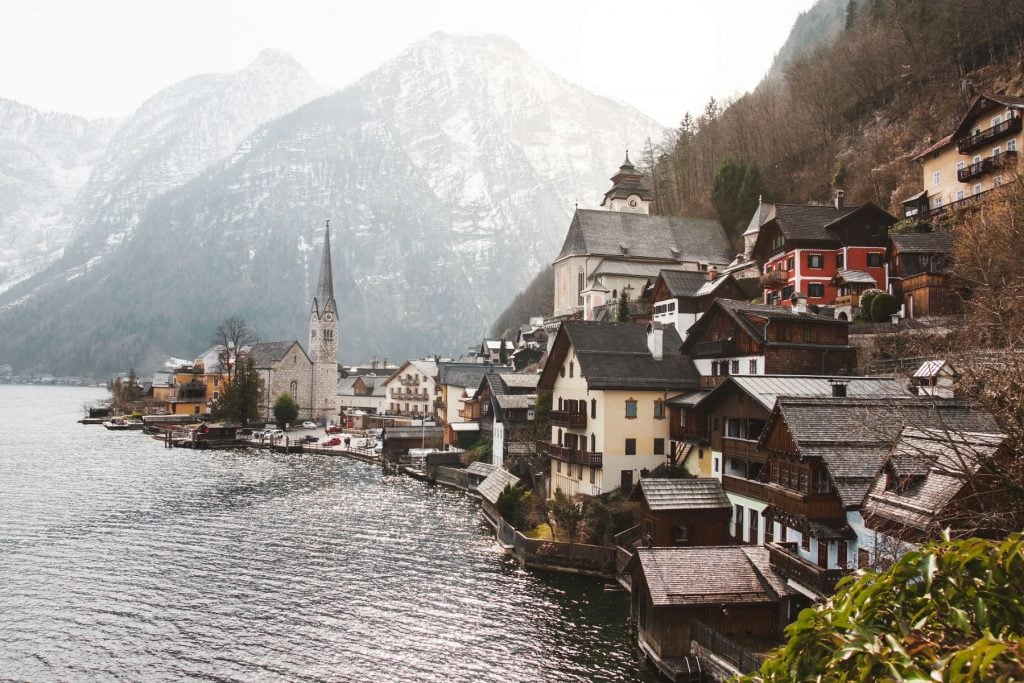 Photo by Daniel Frank on Unsplash

This South American country is famous as the most peaceful state in Latin America. Chile is the chosen destination for a large population of expats for many reasons, including reliable healthcare. Most say that the country offers a metropolitan lifestyle on a very low budget. Retirees can live well on less than $2000 a month. A majority of retirees choose to live in Santiago, the capital city. Others prefer the seaside community of La Serena, or the bohemian energy of Valparaíso, a city of cobblestone streets, unique architecture, and fishing wharves. The Chilean scenery is magical and inspiring, and there is a rich cultural life here that offers endless exploration. 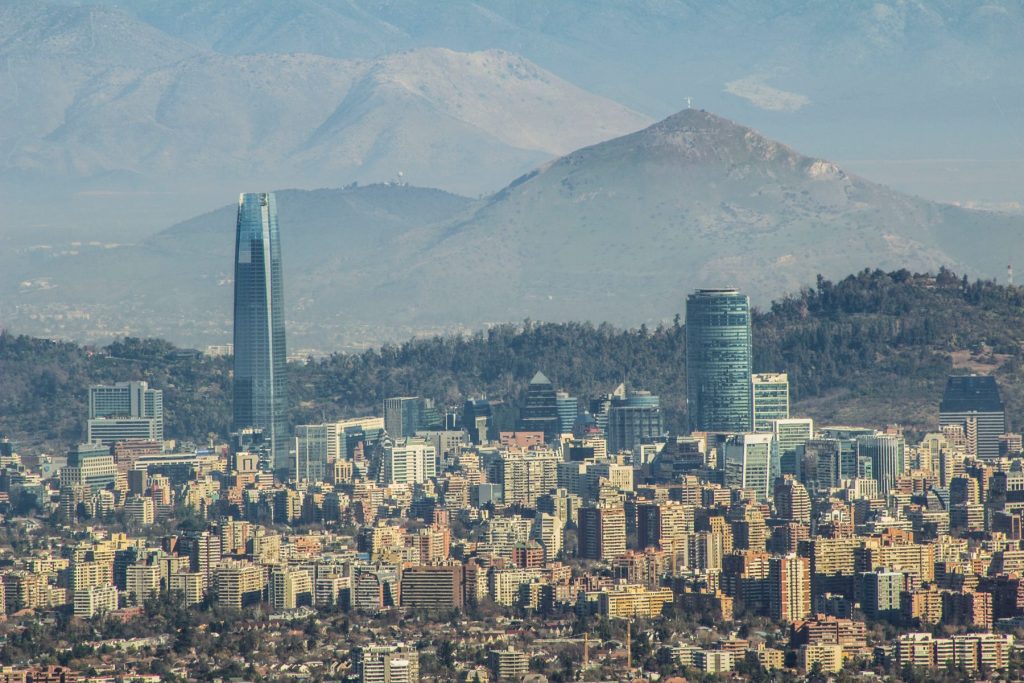 Another South American retirement destination, Uruguay is a contrast between its historic roots and modern culture. Local cities offer a dynamic nightlife, with an array of dining experiences, tango classes, nightclubs, and outdoor entertainment. The coastal city of Montevideo is home to more than half of the country's population. You'll love the many plazas, tree-lined streets, parks, neighborhood shops, and cafes. Most English-speaking retirees live in one of five neighborhoods in the city: Carrasco, Pocitos, Punta Carretas, Centro, or Ciudad Vieja. Couples who own an apartment in Montevideo can expect living expenses of around $2000 a month. 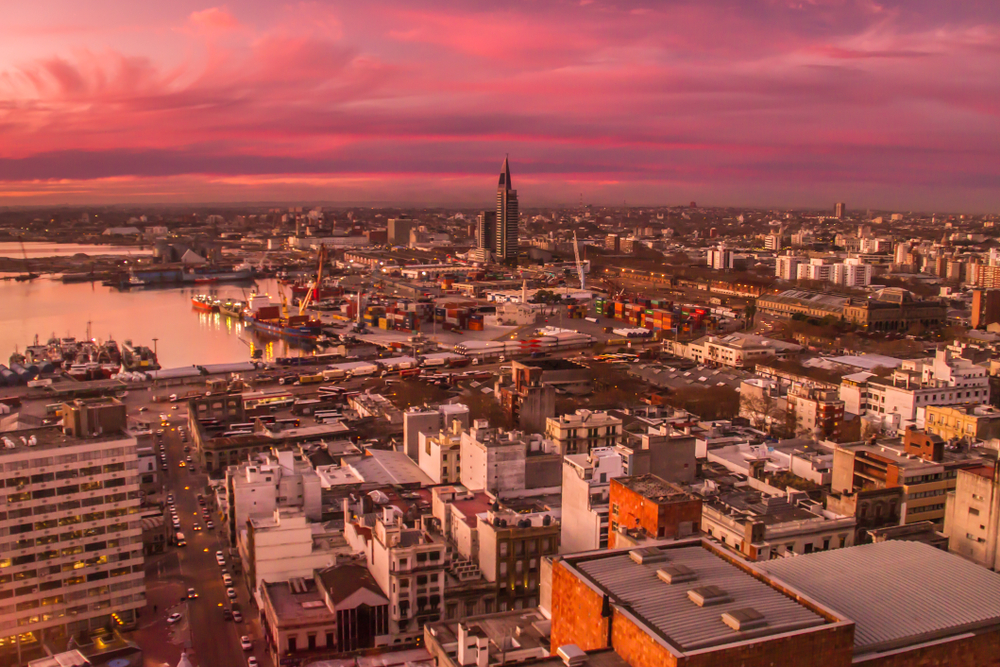 Retirees can obtain residency in Belize easily, compared to many other international retirement choices. This tiny country sits on the western edge of the Caribbean Sea and offers a much lower cost of living than the U.S., and it is relatively safe. If you enjoy an active lifestyle, you'll probably love San Pedro on the island of Ambergris Caye. This beachside community offers snorkeling, sailing, kayaking, and fishing groups, as well as social get-togethers with other expats. Corozal is a town of about 10,000 people in the northern part of Belize. It is primarily English-speaking. There is a wide array of casinos and coastal developments here, with condos and budget-priced houses available. It is a popular area for retirees to purchase or rent homes. 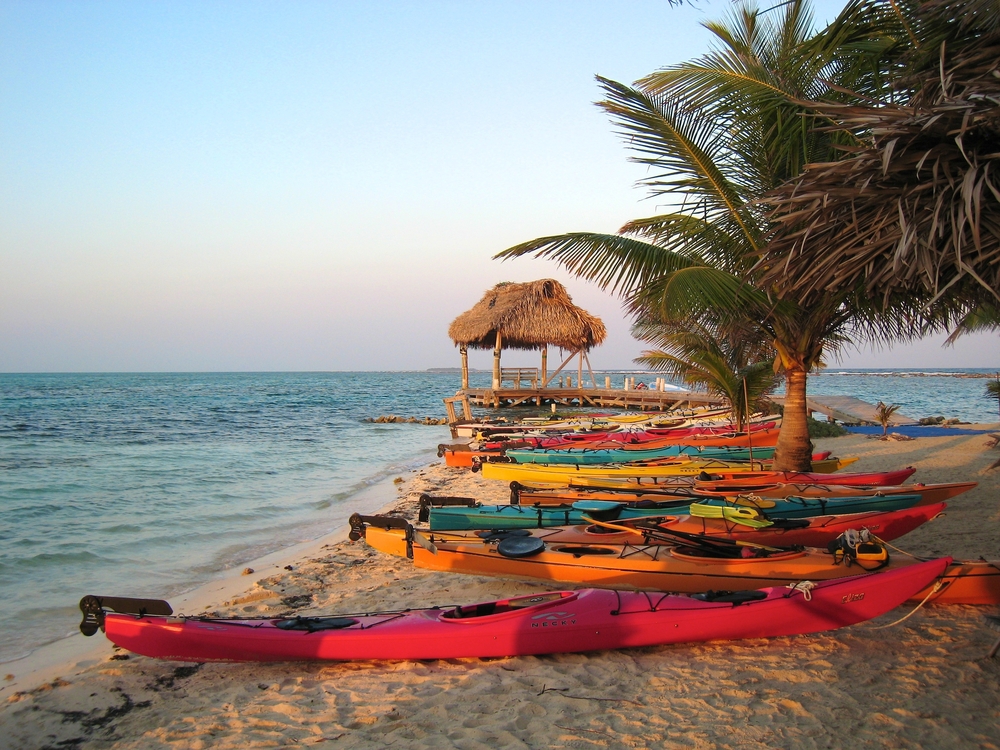 Many retirees would be surprised to learn that the cost of living in Portugal is less than it is in the U.S. But that isn't the only reason so many choose this country as a place to retire. Portugal offers a variety of unique living experiences, whether you prefer a sleepy fishing village on the coastline or a bustling city on the Rio Douro. A large number of retirees have found their home in the Algarve region, 16 municipalities on Portugal's southern coast. The area earned high marks as the most affordable option in Europe for retirees. The capital city of Lisbon is another favorite destination for international retirees. 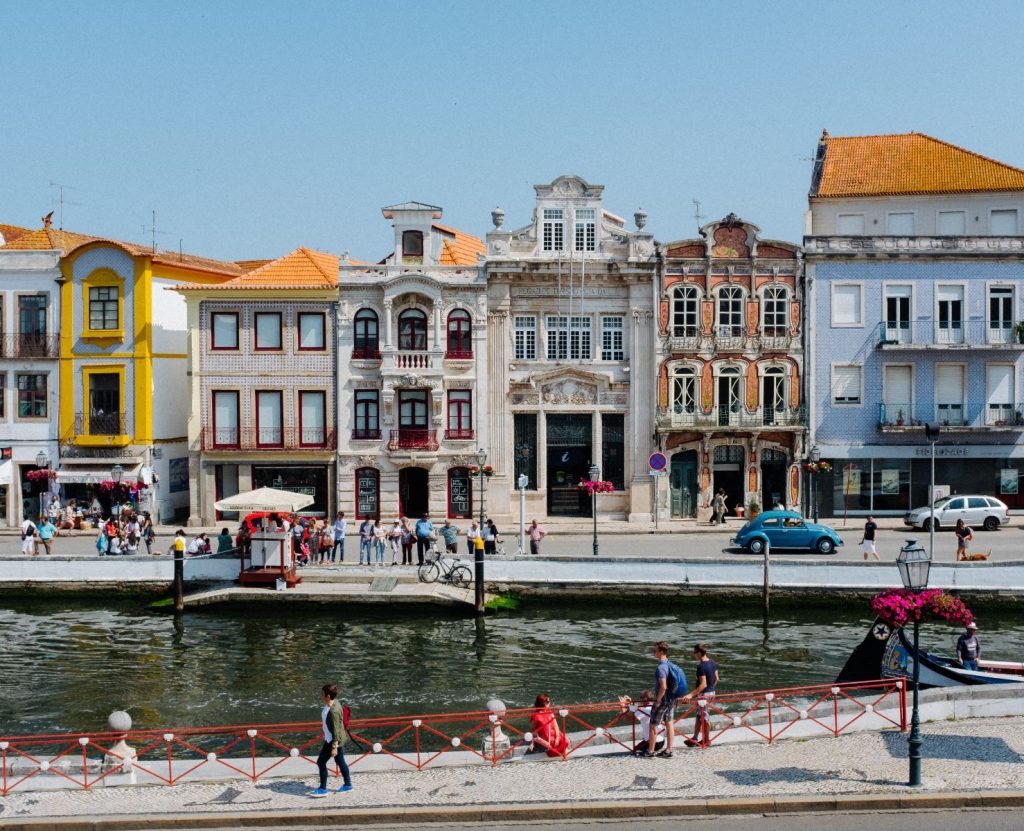 Photo by Ricardo Resende on Unsplash

Although Americans may still associate this country with war and conflict, the country of Vietnam offers an affordable lifestyle in a rapidly growing economy. Most couples can live comfortably on $800 to $1200 per month. If you search for housing, you'll discover a selection of new apartment complexes, complete with laundries, gyms, and swimming pools. Like other retirement options, the cost of living is higher in larger cities. The local people are friendly, and many of them speak English. There are 2000 miles of coastline in Vietnam, as well as forests in the highlands, tropical lowlands, and large river deltas. Traffic congestion and pollution are issues in the main cities of Hanoi and Ho Chi Minh City. The rural areas offer some relief due to fewer cars on the roads. 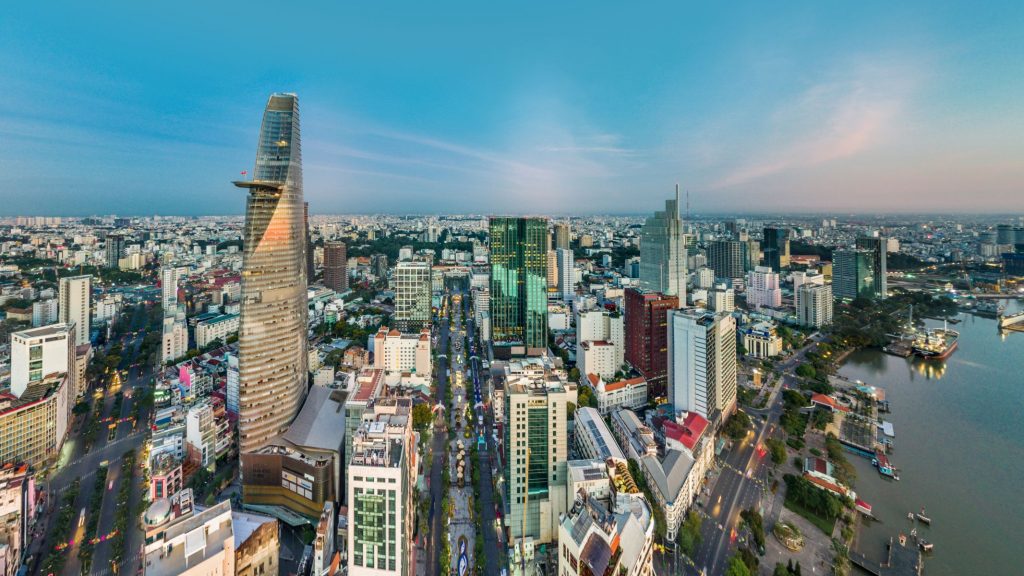 Photo by Peter Nguyen on Unsplash