The Top 30 Worst Places to Live in the United States

In the United States, there are many fantastic places to hang your hat. From the mountains to the beaches, America features some spectacular hometowns. On the other hand, some places are decidedly not pleasant places to live owing to their crime rates, poverty, abysmal living conditions, or seriously bad environmental conditions. If you are searching for a place to live or visit, you should note that the following thirty U.S. cities have negative reputations for various reasons.

Detroit, Michigan has made headlines for spiking crime rates and, of course, its economic depression. The city has declared bankruptcy and has suffered an immense decline in its employment sectors. Violent crimes make Detroit, a once-thriving city, one of the most dangerous places in the country. 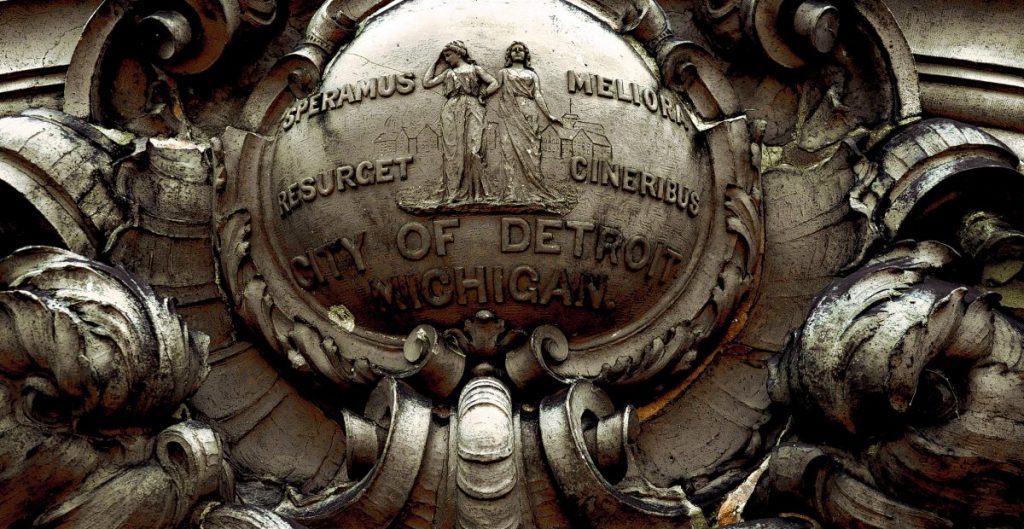 St. Louis is a historic city, but today it has many depressed areas that are deemed unsafe because of their high crime rates. The violent places in St. Louis aren't just unsafe to live; they can be dangerous to visit. 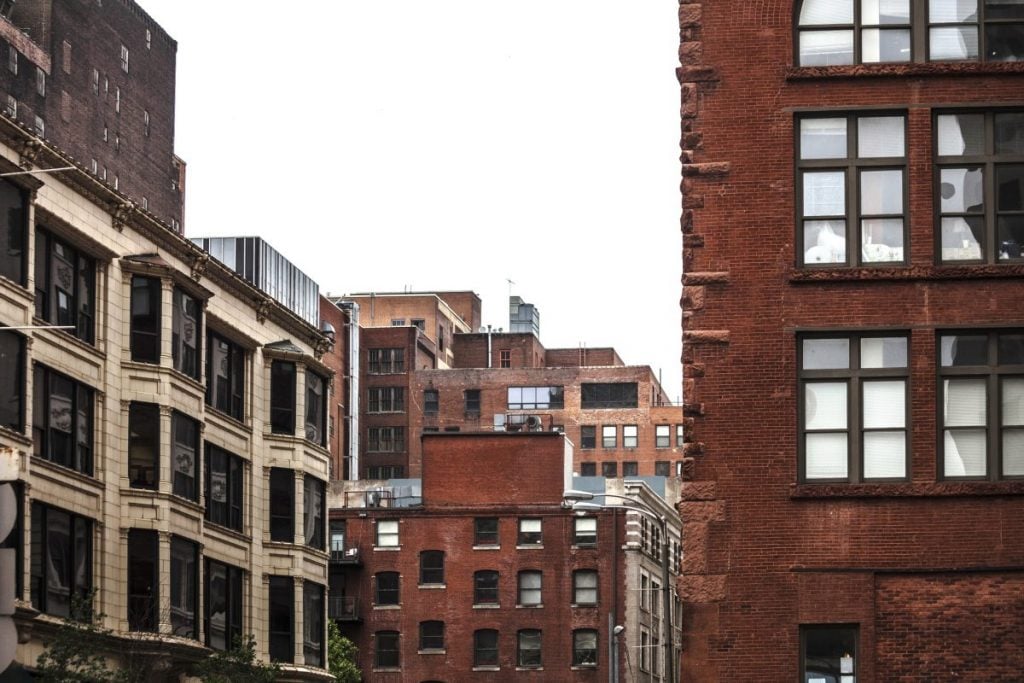 The city of Cleveland, Ohio is one of the nation's poorest metro areas. The median home value in Cleveland is under $67,000, and poverty rates are more than double the national average. High crime rates and few job opportunities make Cleveland an unpleasant place to live. 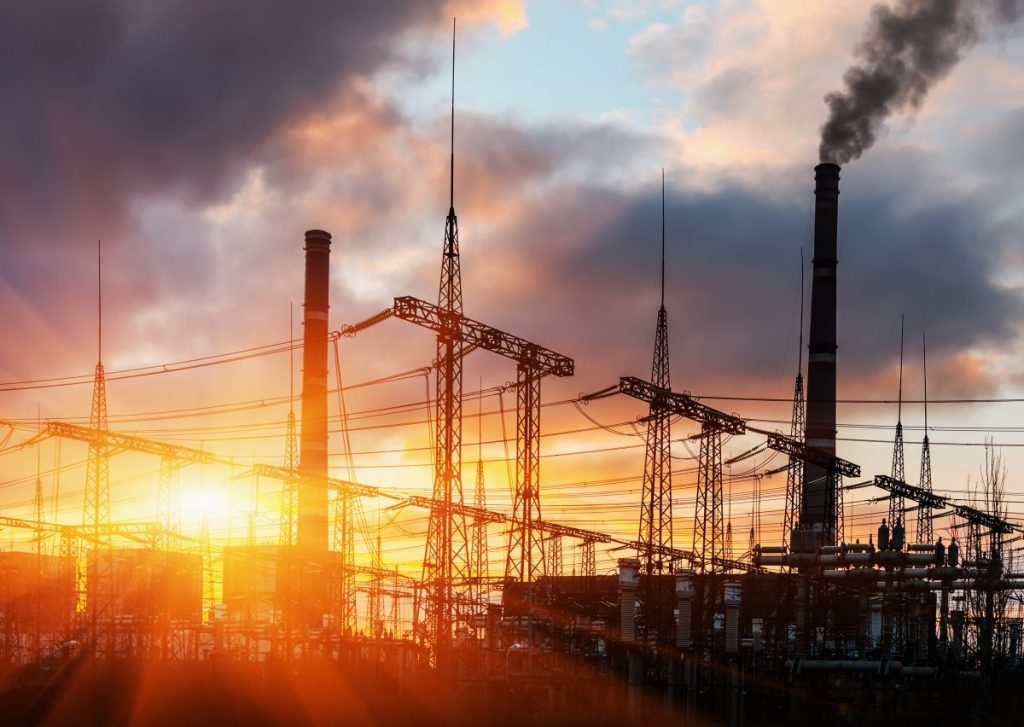 The median income of Baltimore residents is less than $50,000, but incomes don't go far because of the high cost of living associated with city living here. With a poverty rate that's above 20%, Baltimore does not enjoy a reputation as a favorite place to live in the U.S. 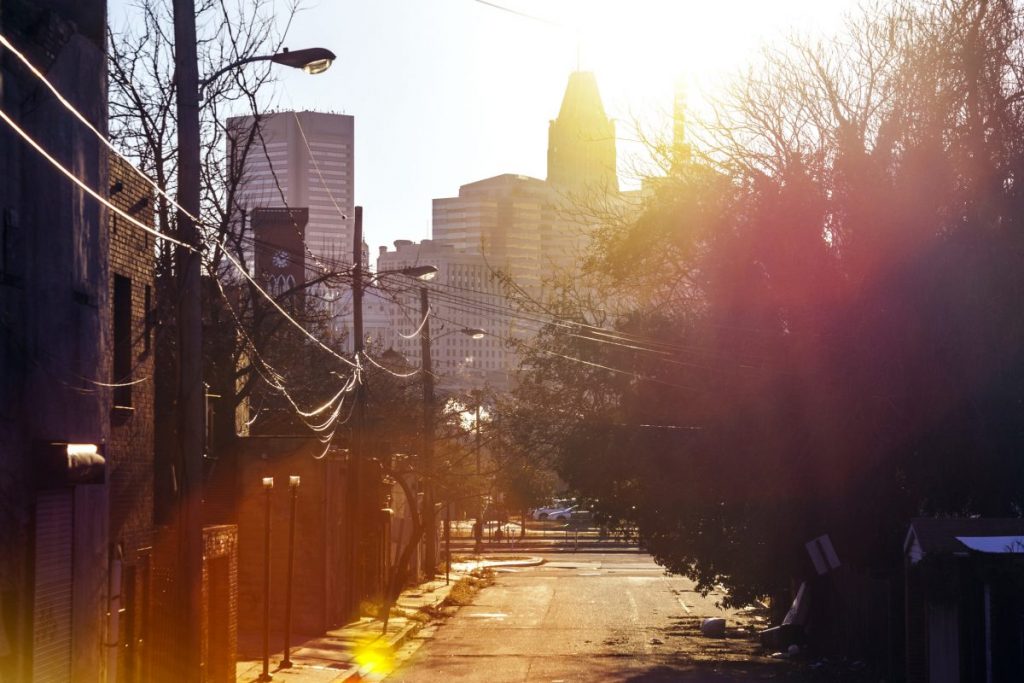 Like many cities in the Midwest, Milwaukee's population is draining. High crime rates and poverty are creating many areas of depression. Violent crimes have continued to compel city residents to move to safer areas if they possibly can. 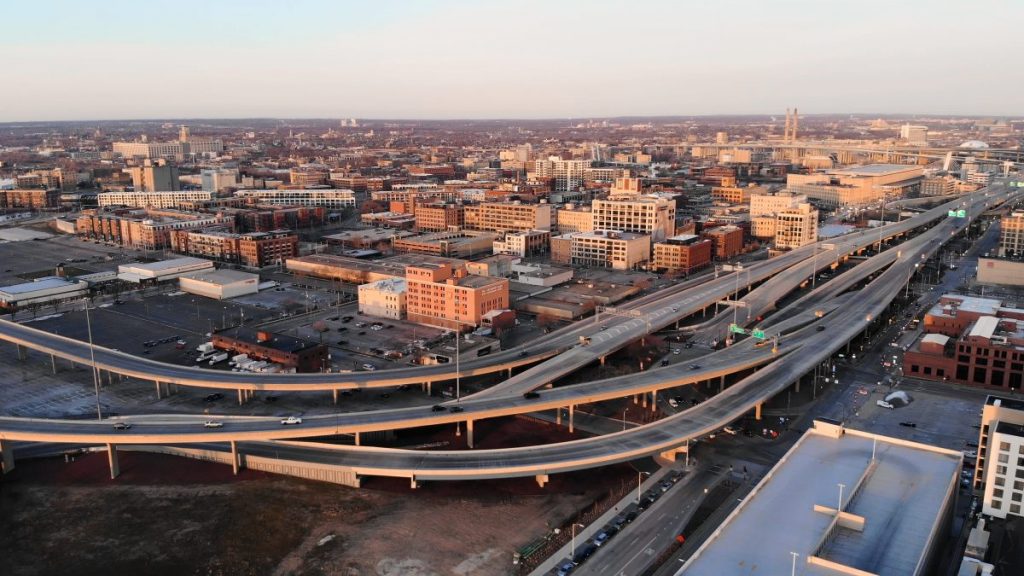 With a poverty rate inching ever closer to 25%, Pueblo, Colorado is living with a depressed economy. Low property values don't help the situation. Pueblo has the highest poverty rate of any city in the state. 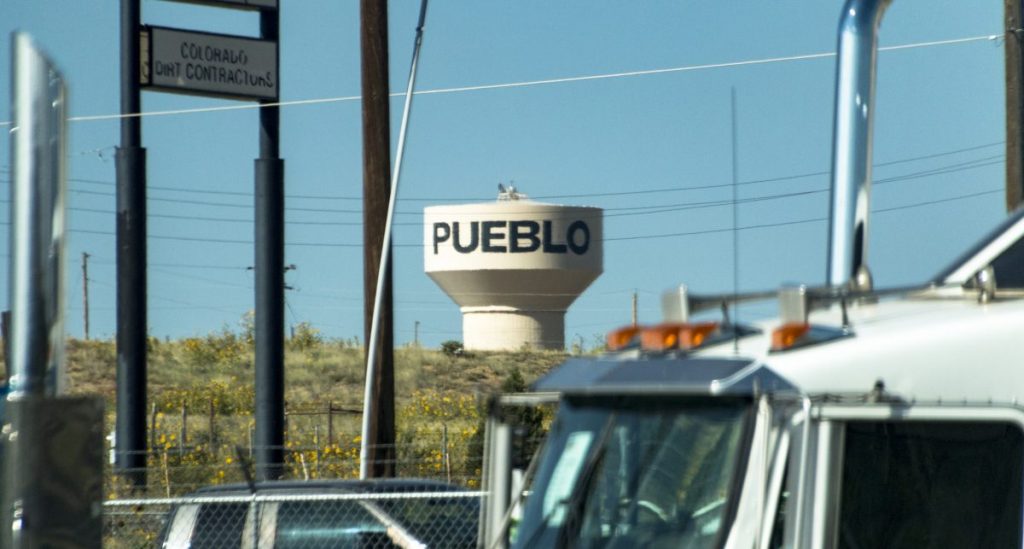 While it must be said that Gary, Indiana has witnessed some turn-around since the days that it was notoriously the murder capital of the country, it is still a depressed city where only 11% of the population has a college degree. Gary has suffered from population drain and poverty with more than half of its households living on less than $30,000 per year. 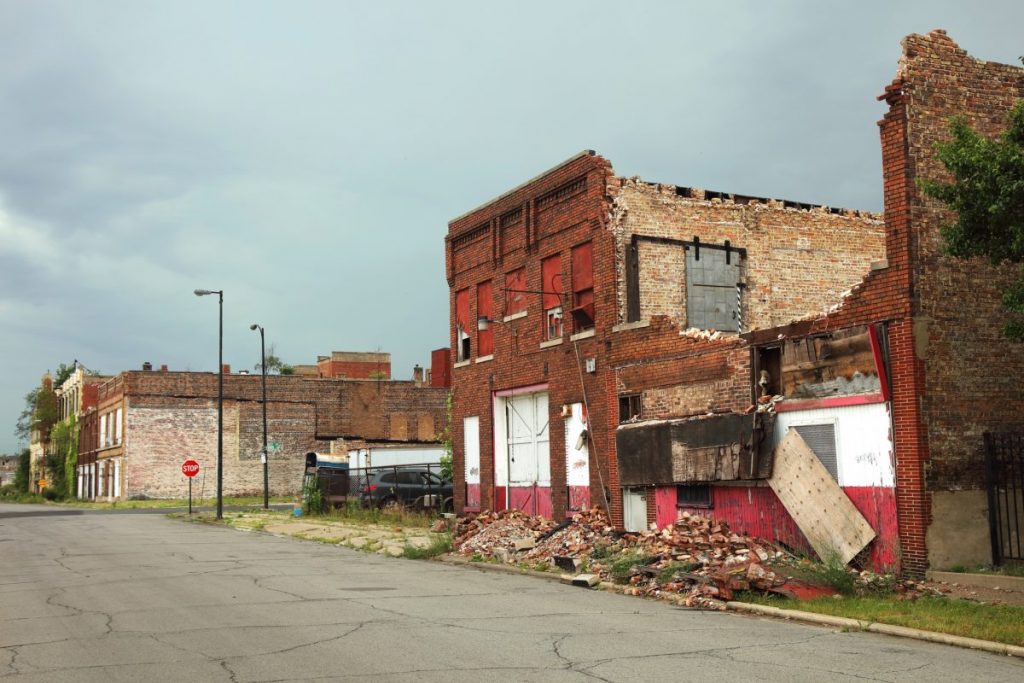 Youngstown, Ohio is regarded as one of the poorest cities in America. Like other poor cities, Youngstown has a high crime rate to contend with. Low incomes and low property values underscore this city's depressed economic situation. Its poor areas brim with abandoned houses and graffiti. 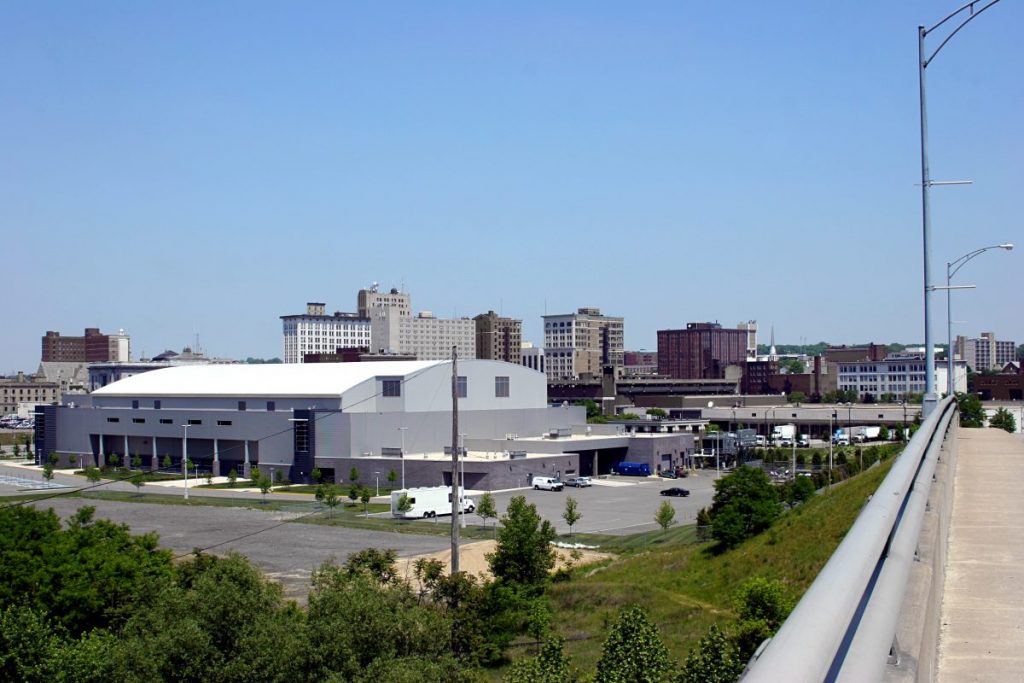 Little Rock, Arkansas is considered to be one of America's most dangerous cities with its high violent crime rate. In fact, its crime rate almost quadruples that of the national average. There are many unsafe areas of Little Rock that are associated with violent crimes. 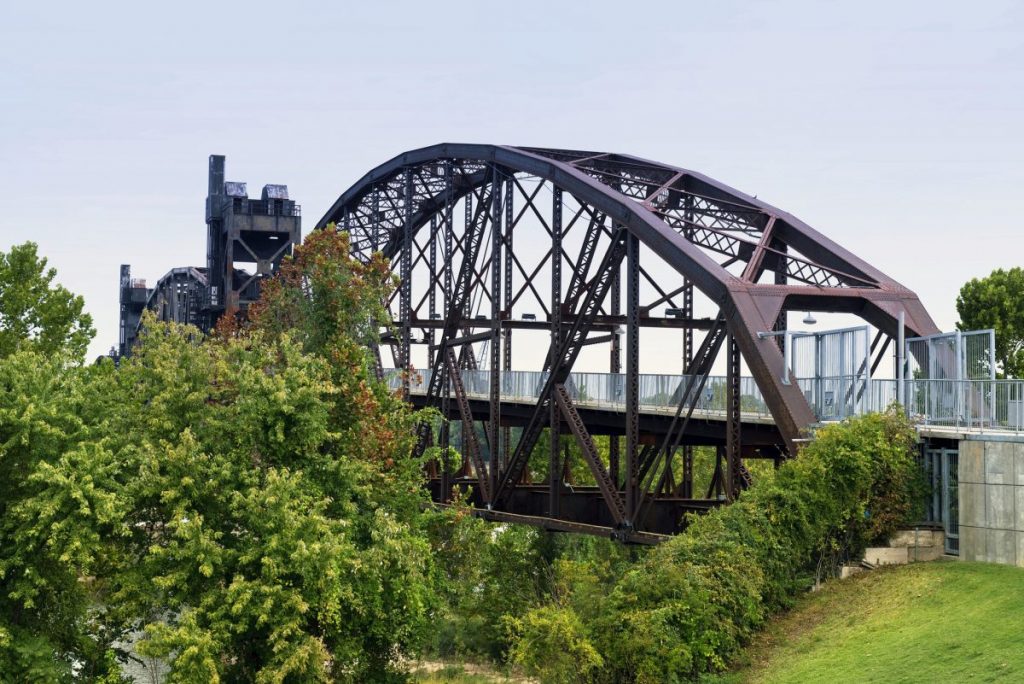 With its serious water crisis, Flint, MI, has made headlines. Nearly half of this city lives below the poverty rate, and its unemployment rate is about double the national average. As if that wasn't tough enough, Flint suffers from an escalating crime rate. 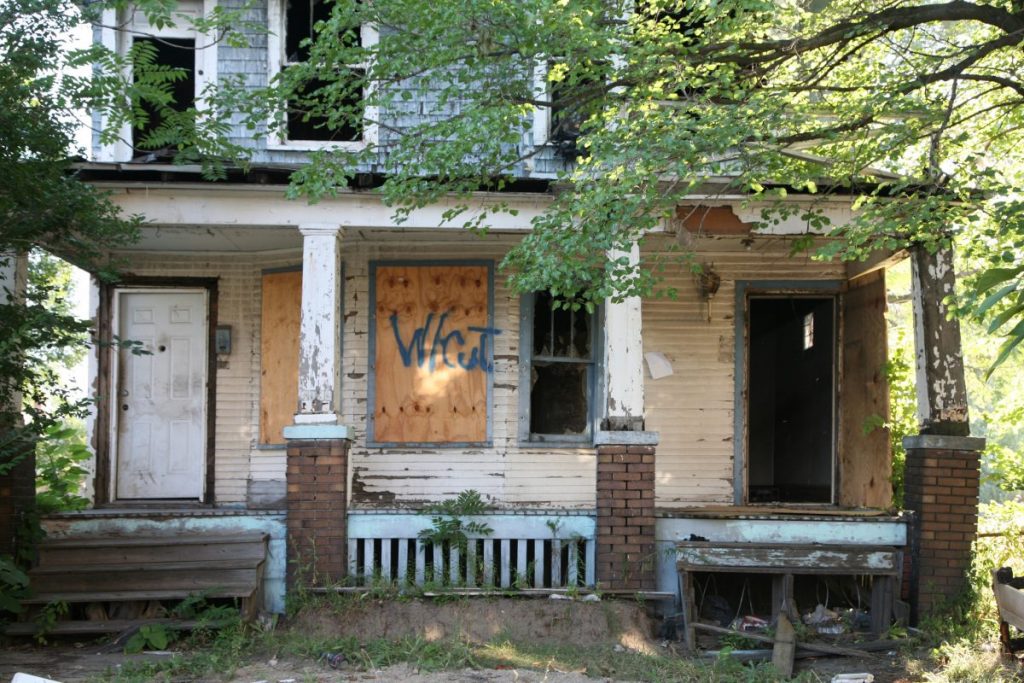 Located in Miami-Dade County, Homestead, Florida is one of the worst places to live in Florida. The median income of $32,000 a year, many Homestead households live under the poverty line. All the sunshine in the world doesn't seem to affect increasing crime rates. 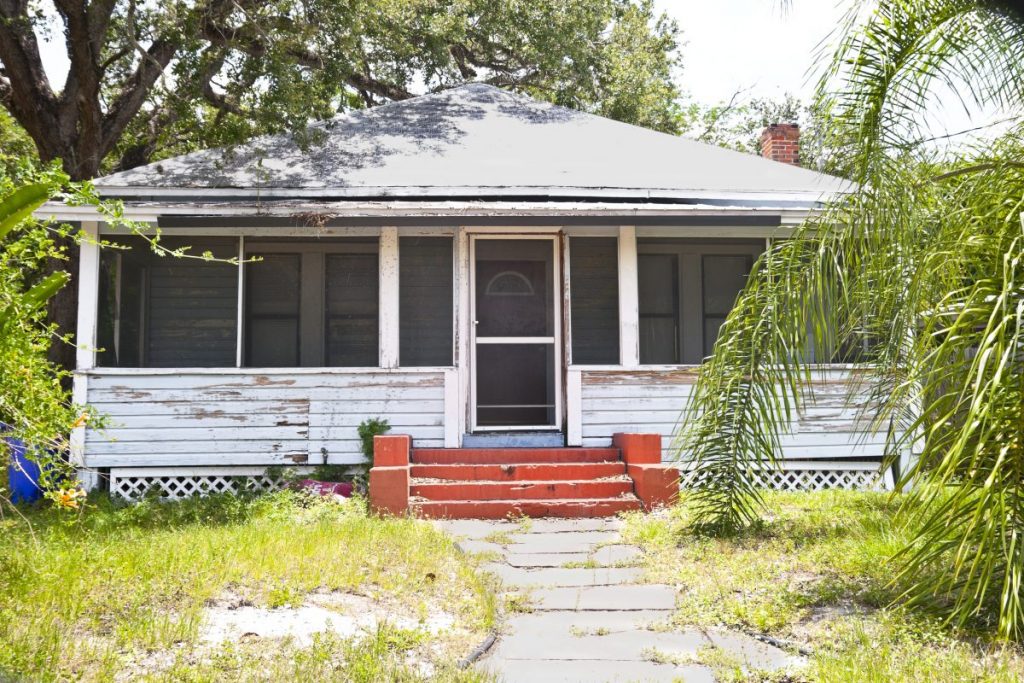 Fewer than 10% of Compton residents hold a bachelor's degree, so it's not surprising that its poverty rate exceeds 25%. Furthermore, the city's crime rate is three times the national average. 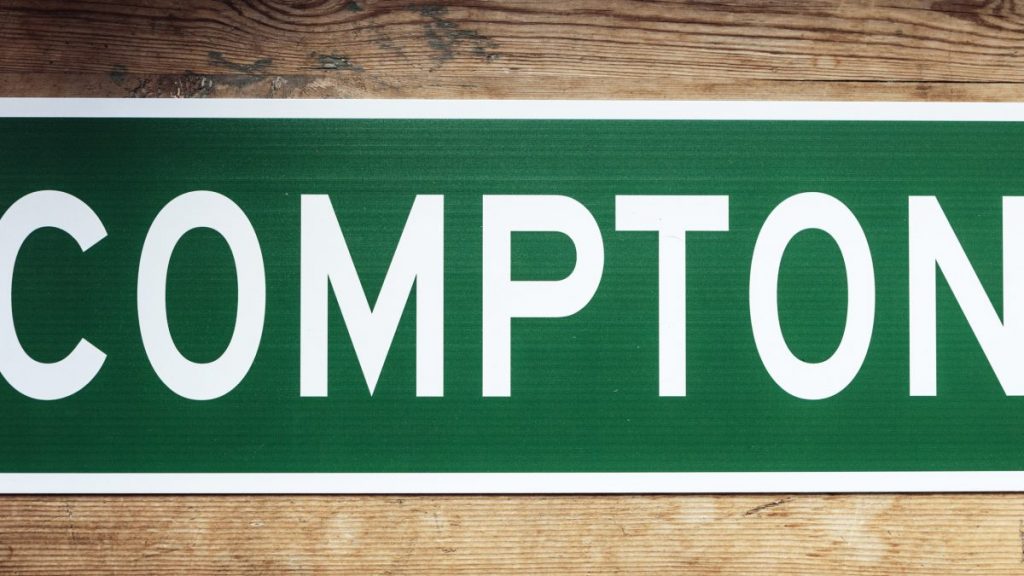 The poverty rate of Shreveport, Louisiana exceeds 30%. Like other cities struggling with low income and high poverty, Shreveport is also contending with an escalating crime rate. 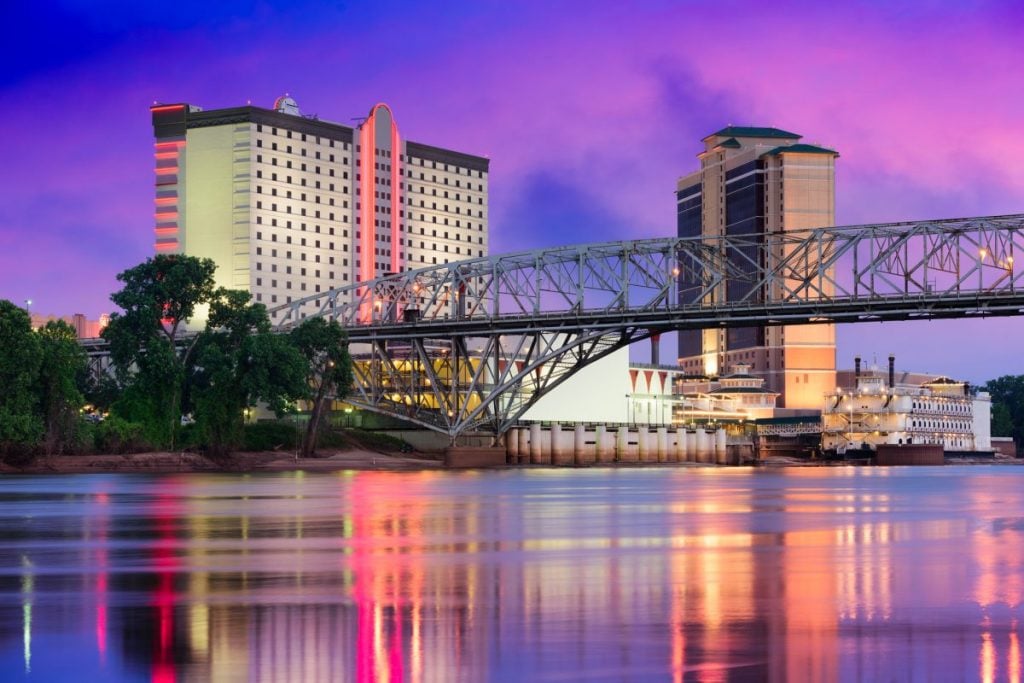 Jackson, Mississippi is one of the most dangerous cities in the American South. High poverty rates are a continuing problem for the city. Many of its residents live on less than $40,000 per year. 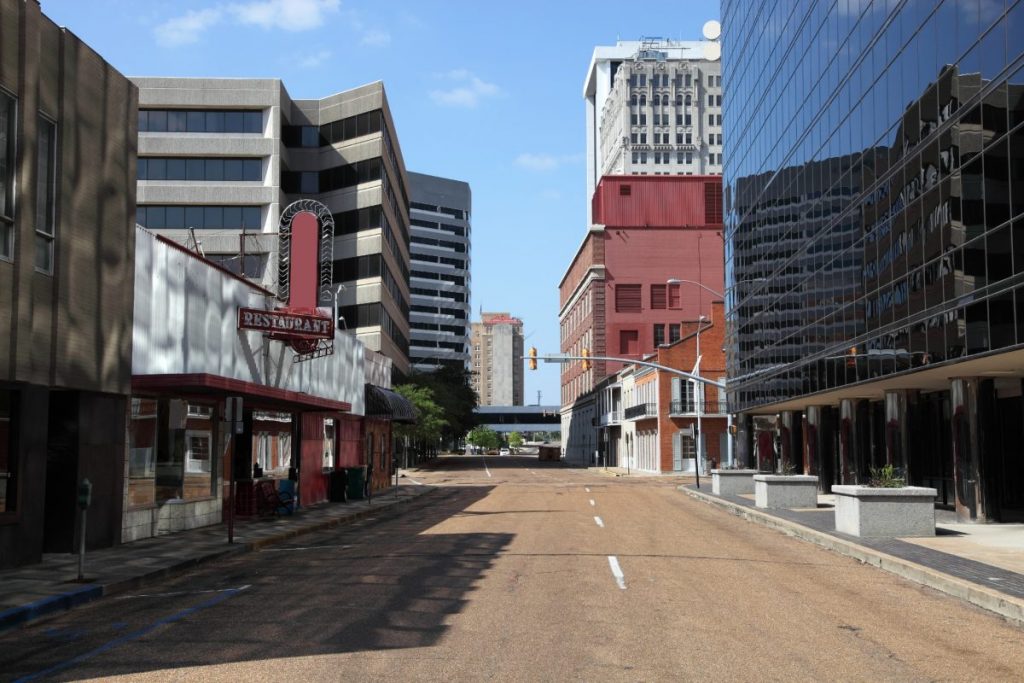 One in every four residents of North Charleston, South Carolina lives in poverty. Poorer cities frequently struggle to contend with escalating crime rates. 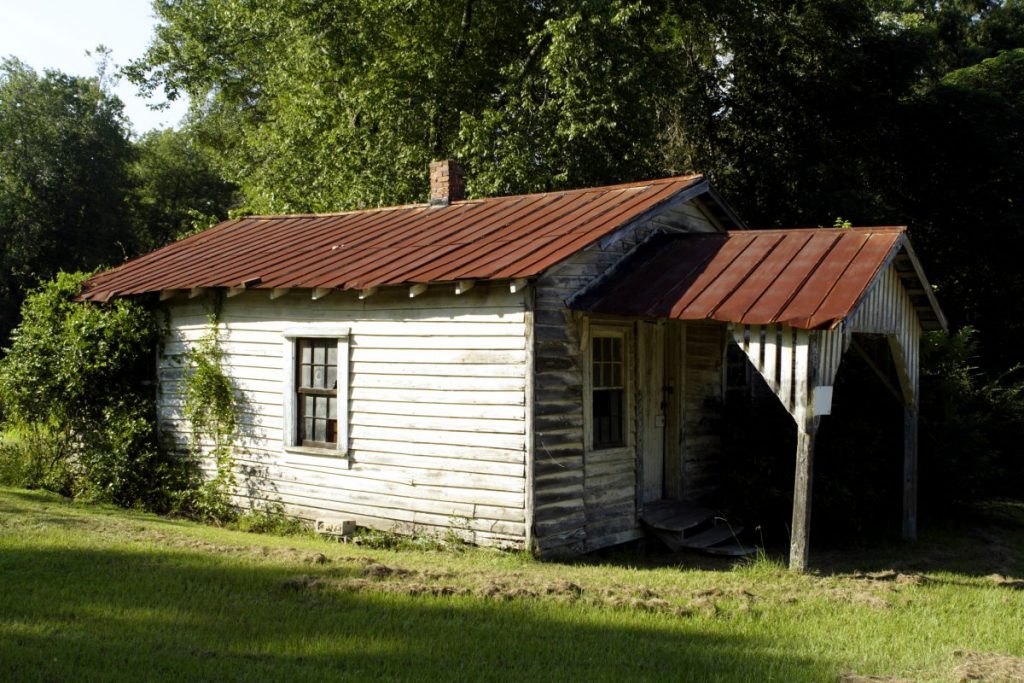 In recent years, the city of Stockton has endured one of the highest unemployment rates in the country. The high jobless rate impacts the growing crime rates. 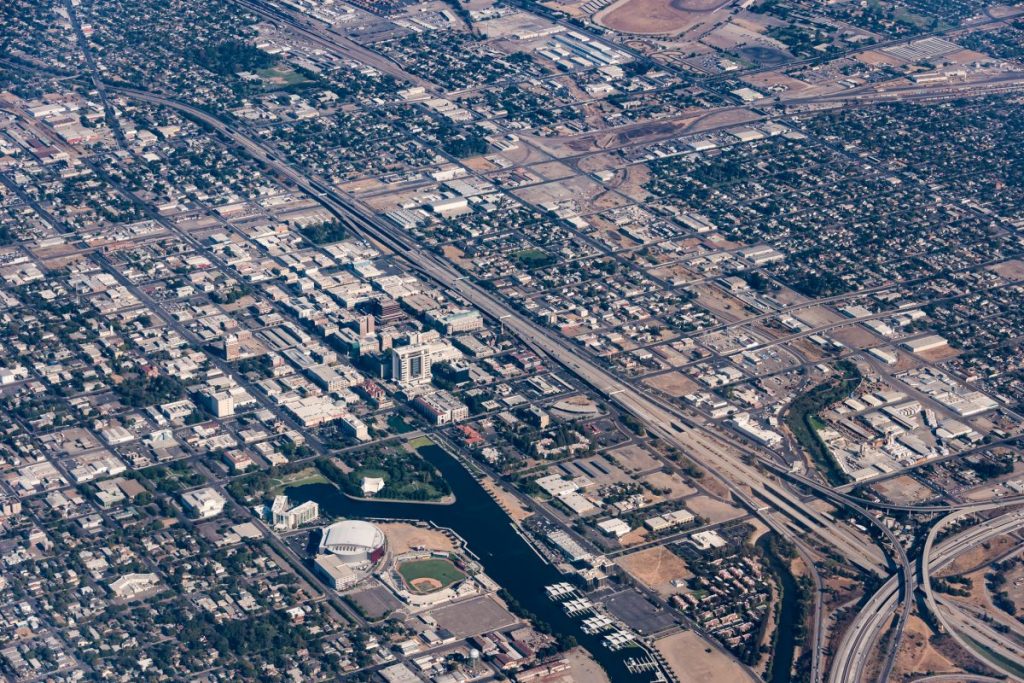 One of the poorest cities in the county, Trenton suffers from low incomes but also must contend with a high cost of living. According to statistics, at least one in four of Trenton's residents live below the poverty line. When visiting some of the city's most impoverished areas, it's not uncommon to witness homelessness and many boarded-up buildings. 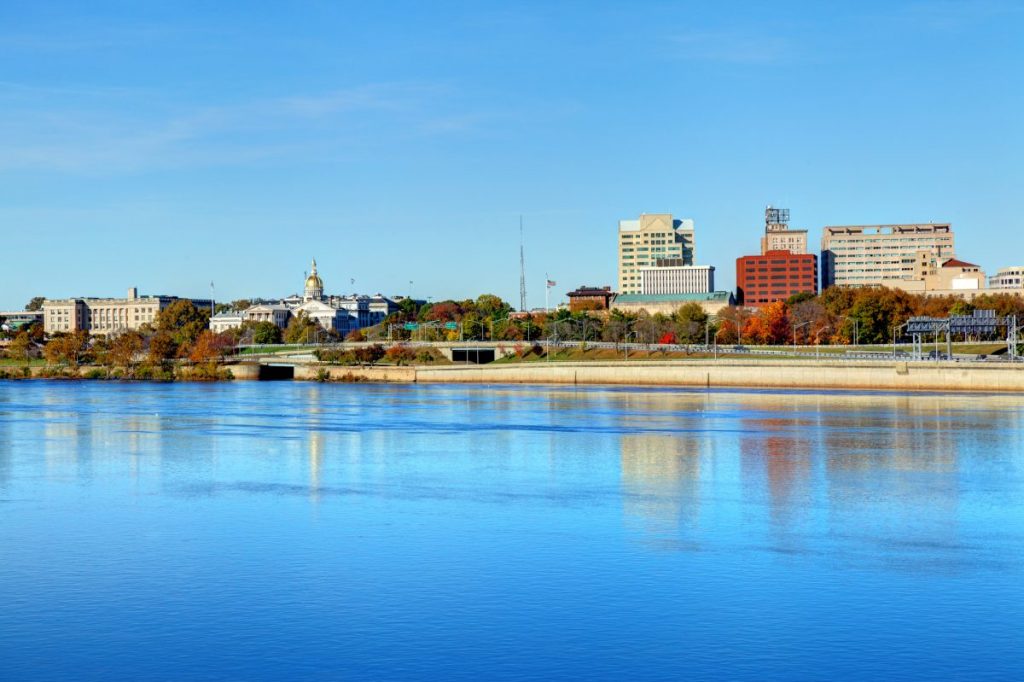 Rockford, Illinois has experienced one of the highest unemployment rates in the state. With a crime rate that is quadruple that of the national average, it is not attracting property buyers. Foreclosure and poverty are struggles that many residents have faced. 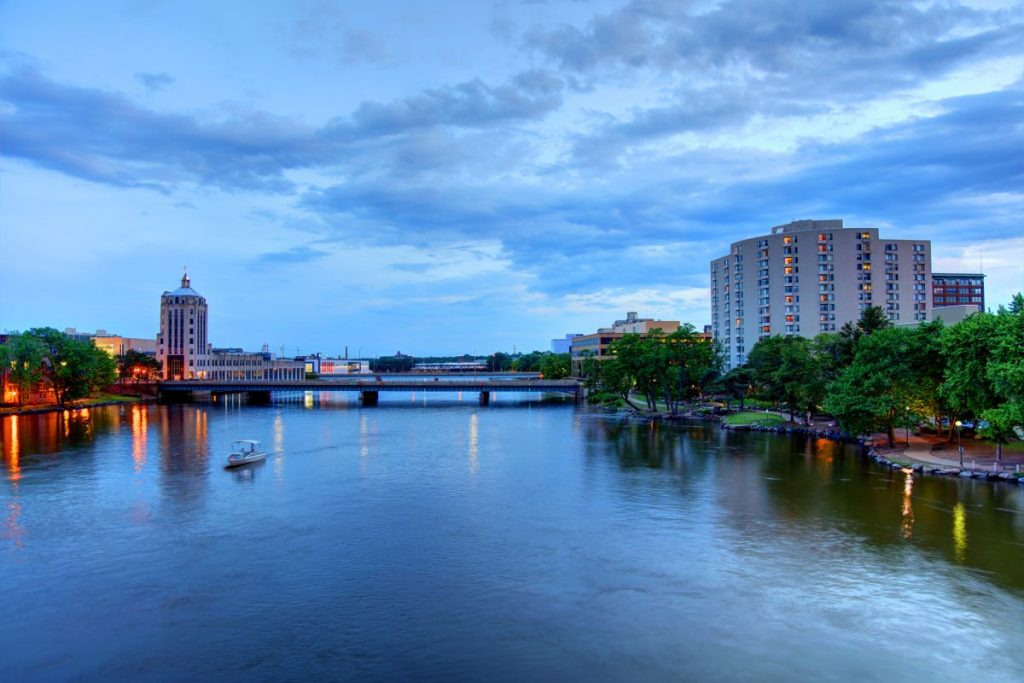 Memphis is famous for Beale Street, Graceland, and its barbecue, but it is also known for its high crime rate. Unfortunately, Memphis struggles with widespread poverty as well as escalating gang violence. Tourism remains up, but the city's poorest areas do not benefit from the tourist dollars. 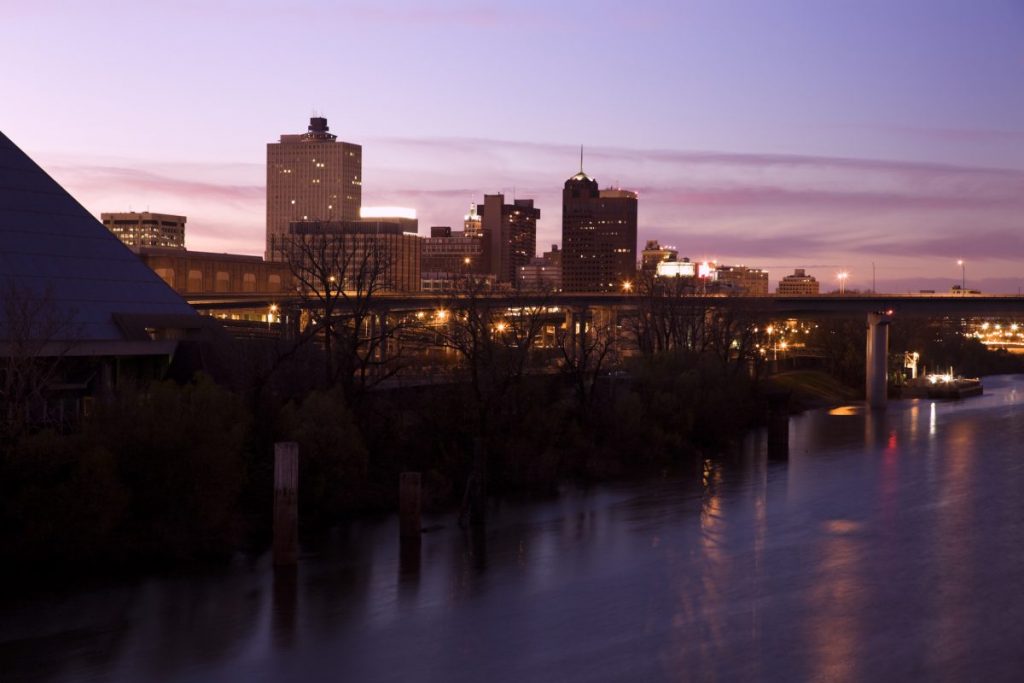 30% of people in El Paso live on less than $25,000 per year. Poverty is a major problem for this city as is violent crime. Low education levels mean that many residents do not have access to higher-paying jobs. 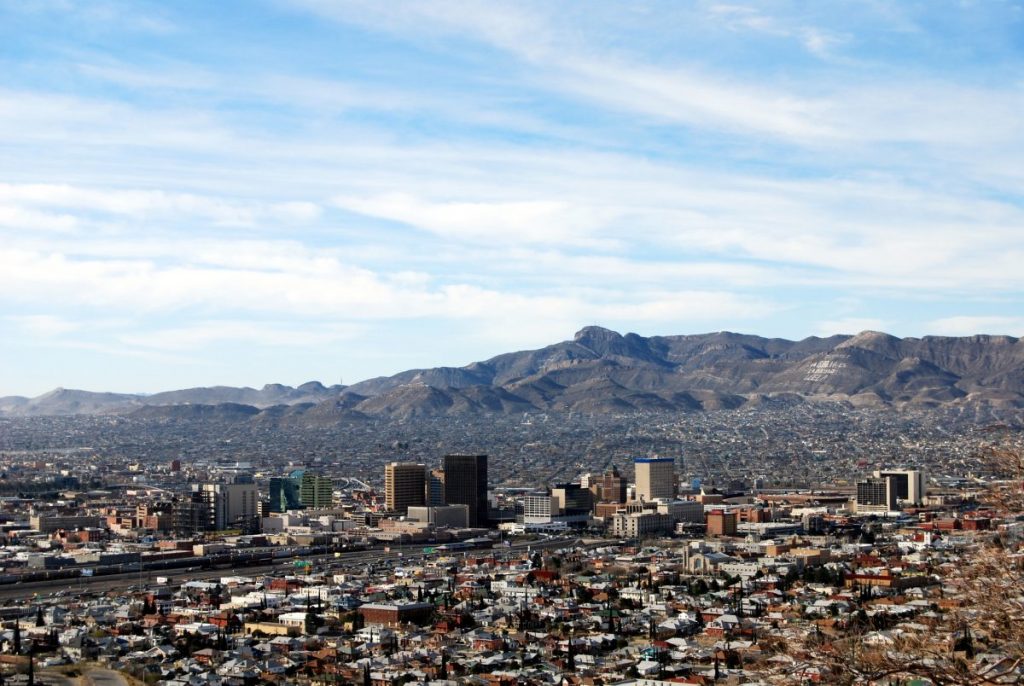 While Chicago is world-famous for its architecture and upscale areas, its down-trodden neighborhoods are particularly violent and prone to violence. The city's poorest neighborhoods are struggling with high murder rates and unrelenting poverty. 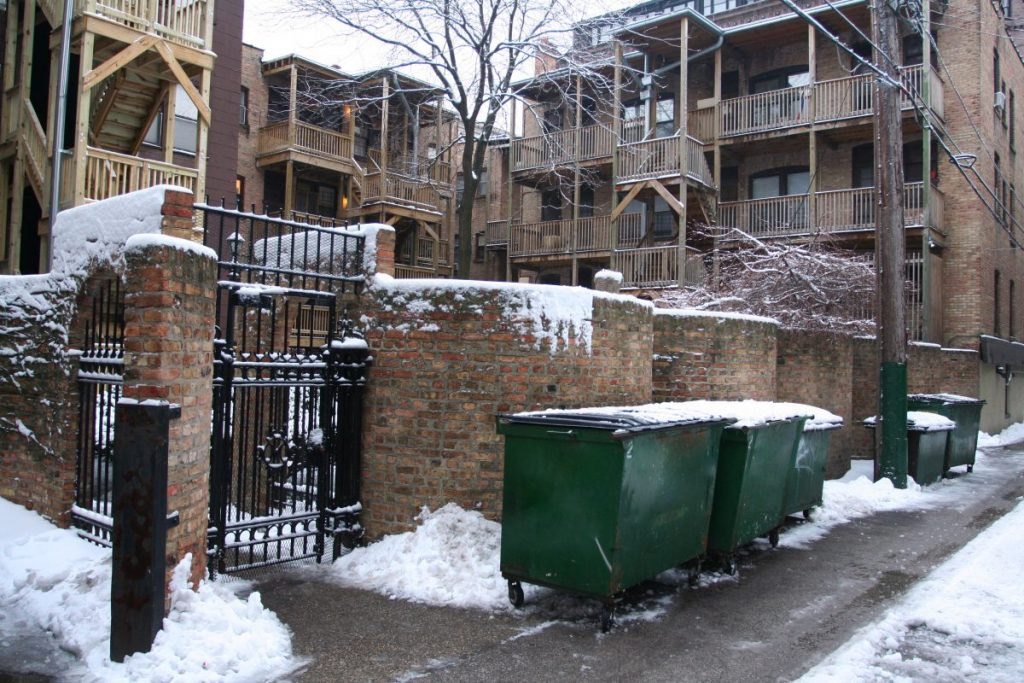 Tucson, Arizona suffers from a high unemployment rate and poor economic growth. A downturn in the city's housing market has not helped property values here. 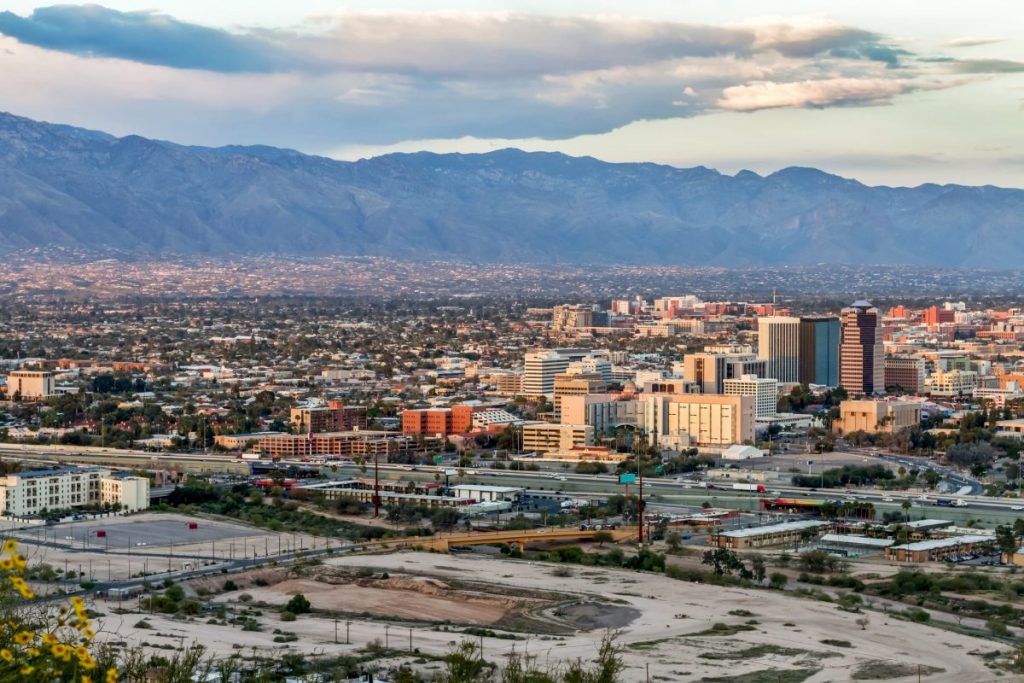 The city of Louisville is one of the poorest in the nation. A suffering economy has not helped improve the city's poverty rate. Many of its neighborhoods are deemed economically depressed and suffer from low property values. 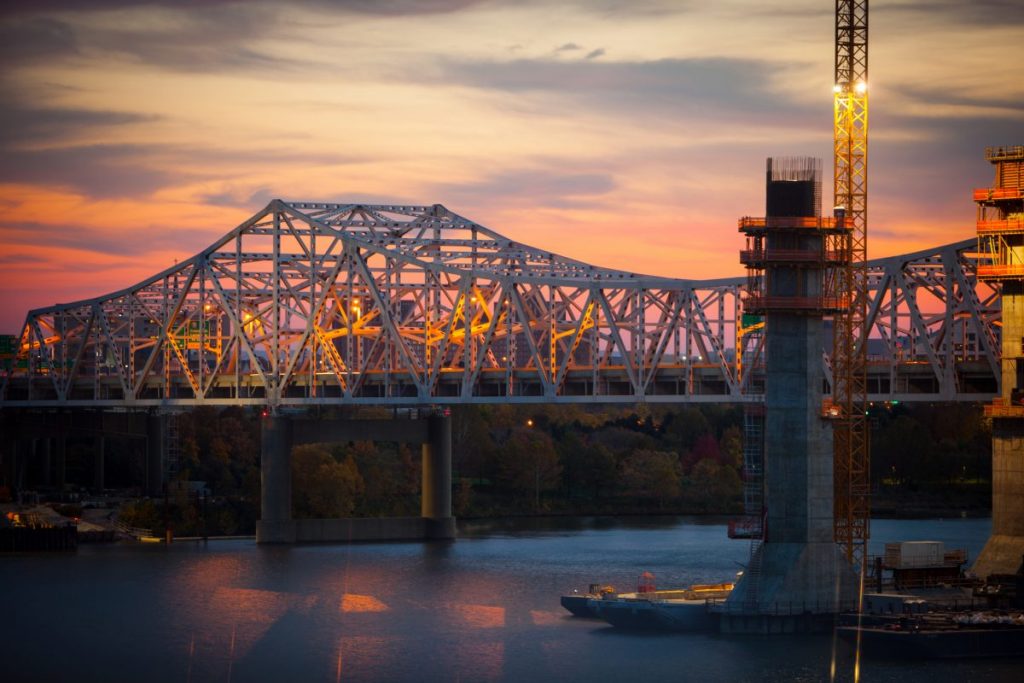 In spite of its glittering casinos, Reno has serious issues to contend with regarding violent crime and high poverty rates. Recent economic setbacks have fueled widespread layoffs in the city. 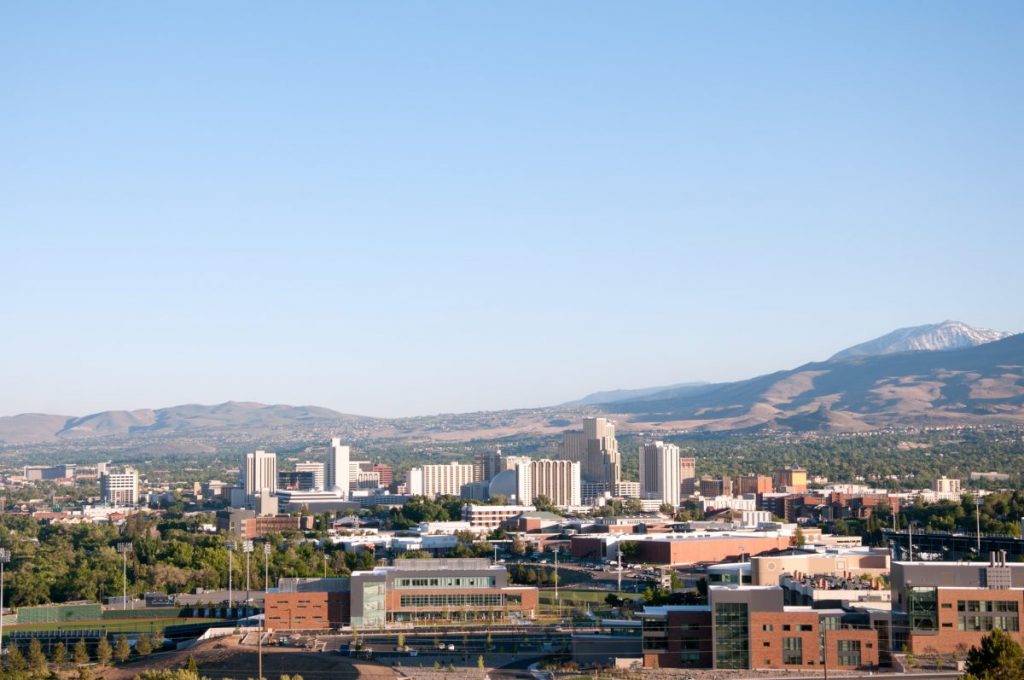 Many households in the city of Birmingham are struggling to get by on less than $32,000 per year. Poverty is a serious issue for residents as is the crime. While the city has its affluent areas, its poor areas brim with foreclosed houses and abandoned buildings. 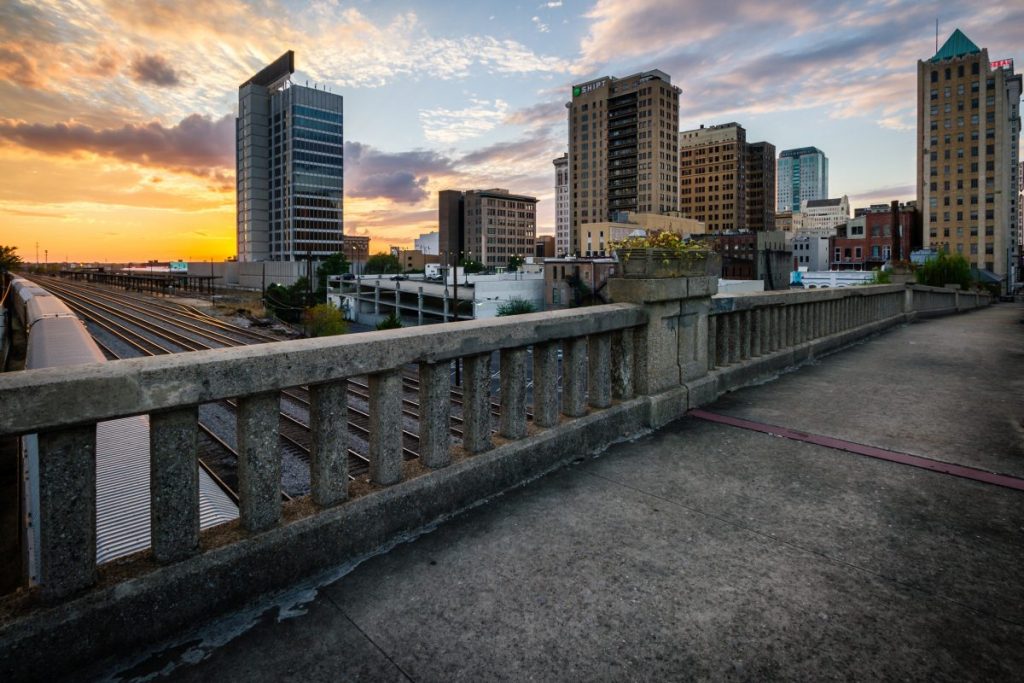 Like other large cities in Ohio, Cincinnati is no stranger to violent crimes like murder, rape, and other forms of violence. Many areas of the city are associated with poverty and low property values. 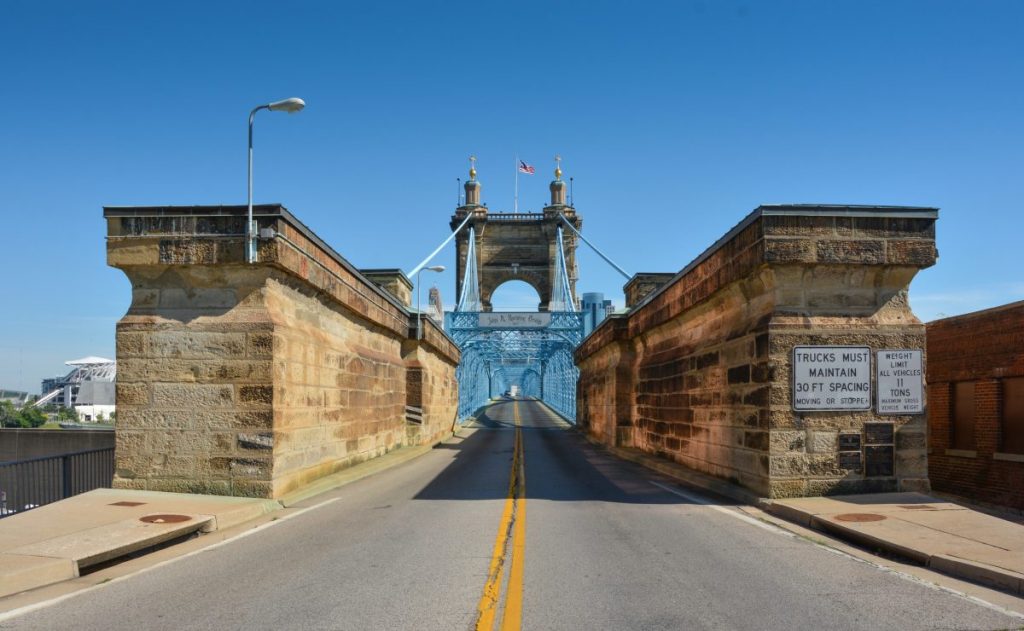 Rochester, NY has one of the highest crime rates for a town of its size. With a median home price of $75,200, Rochester lauds itself as an affordable locale to raise a family in relative safety. 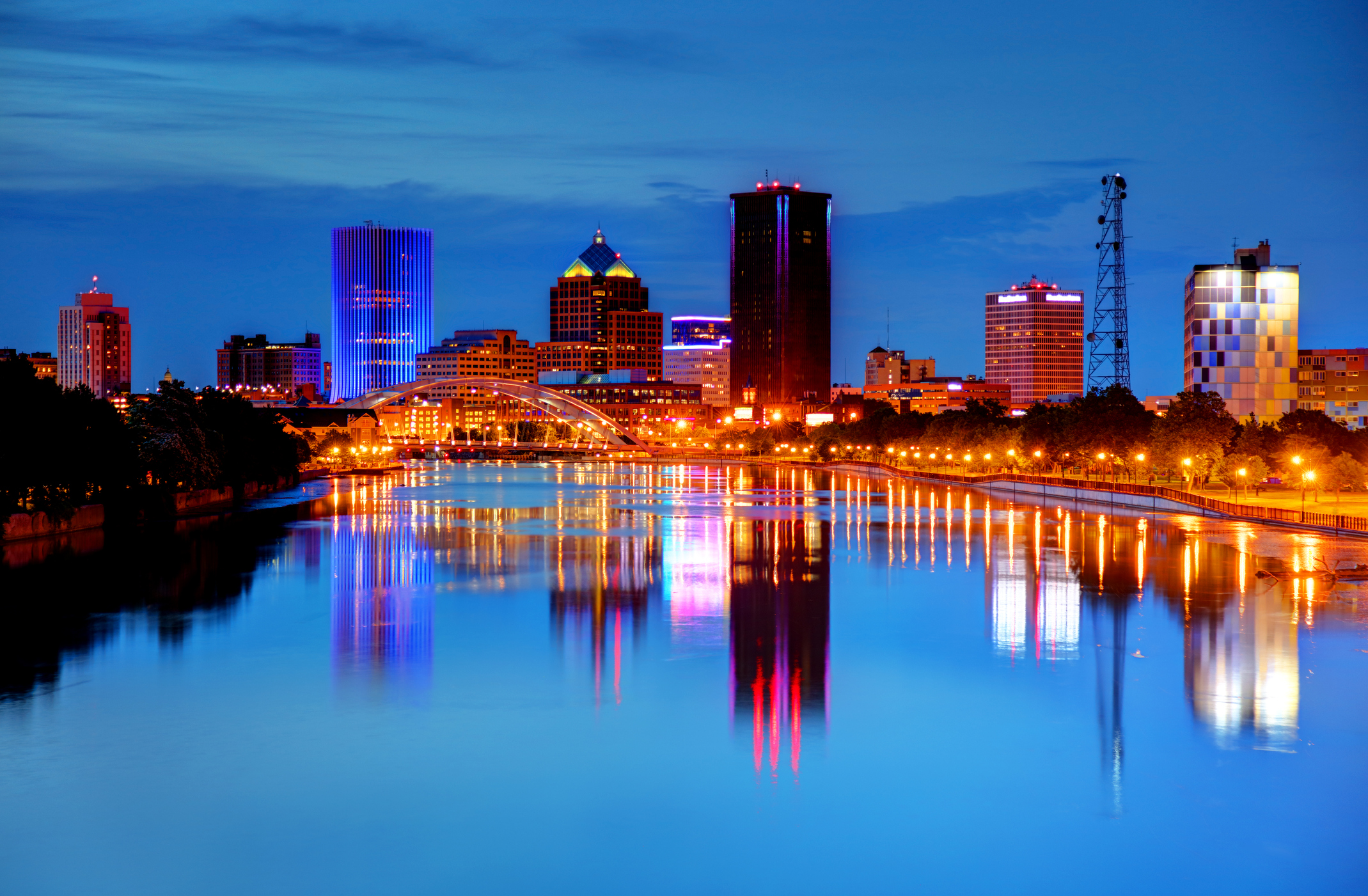 While many cities with high crime rates have low property values, Oakland isn't one of them. Residents have to contend with crime while coughing up for pricey properties and an expensive cost of living. 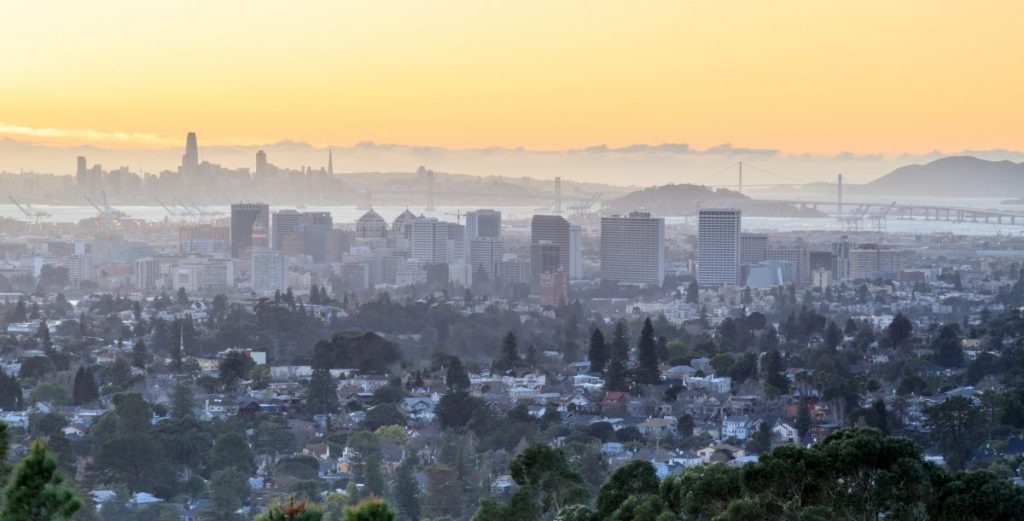 For every 100,000 residents, there are more than 1,000 violent crimes in South Bend according to statistics. South Bend is an economically depressed area as well, which makes it a less-than-pleasant place to hang your hat. 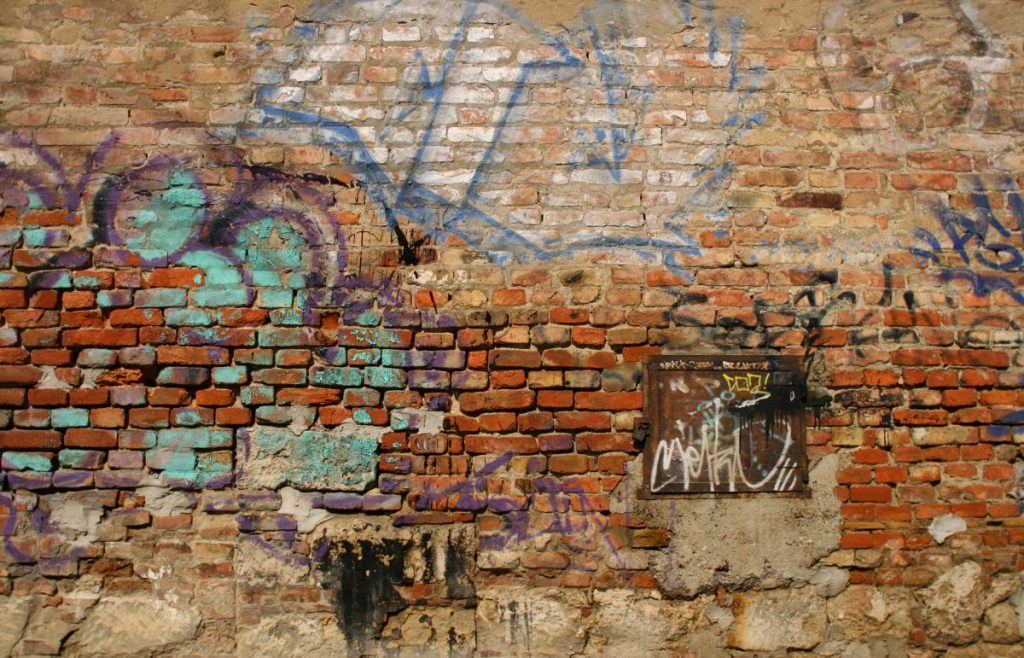 One in four residents in the city of Knoxville lives in poverty. This economically depressed city also suffers from a crime rate that is twice that of the national average. 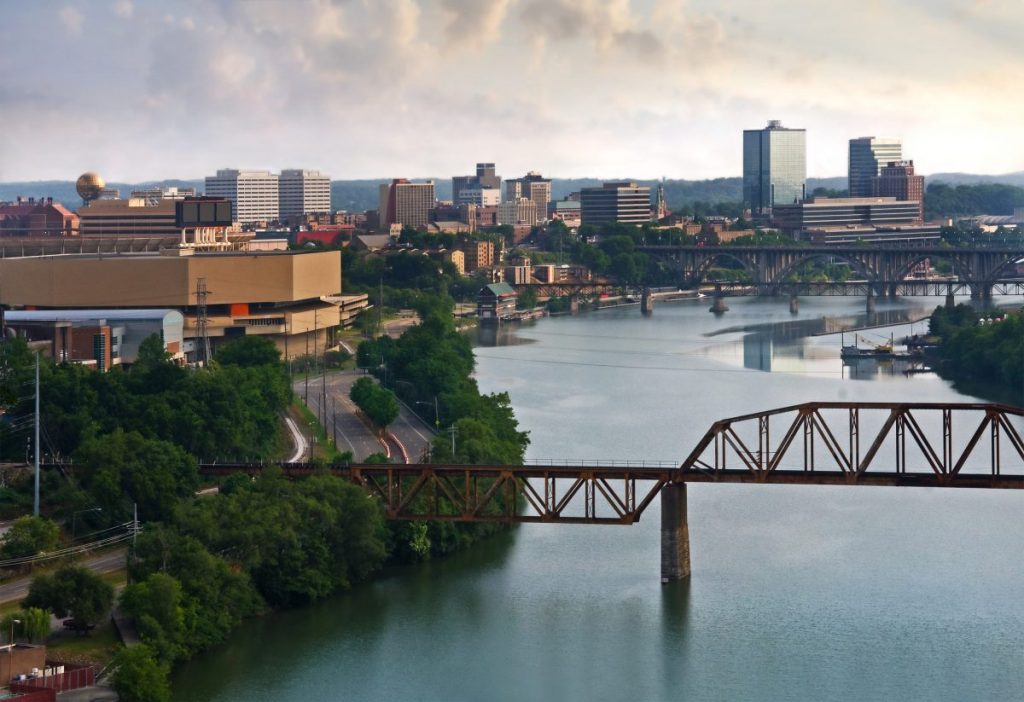