Funky Fashions and Trends of the 1970s

The fashion of the 1970s was like no other decade. The introduction of new synthetic fabrics and the culture of freedom and expression contributed to the drastic change in trends. Multiple standout fashions adapted and changed as the decade progressed. Bell bottoms, bold prints, and platform shoes offered fun, funky style options. Clothes tended to be figure-hugging, and many styles were considered acceptable for both women and men. There was no style too bold or too garish for this striking and recognizable period in fashion history.

The synthetic fabrics used through the 1970s held color really well. Designers took full advantage of this and introduced bright and bold prints to many garments. As fashions became more daring, so did the wearers. No print was too bold or intense. Imagine paisley prints, repeating patterns, and abstract florals in countless colors. 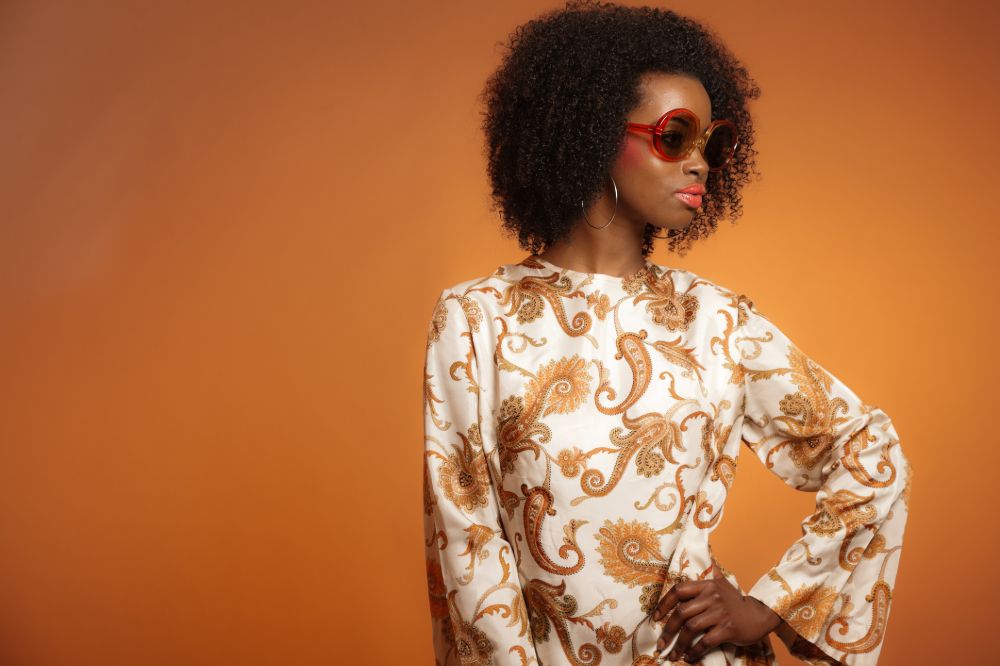 As with many fashions in the 1970s, sunglasses were oversized and obvious, with designers echoing the concept put forth through color: the bigger, the better. The huge plastic frames often held lenses colored in pink and yellow, as well as standard black and brown. 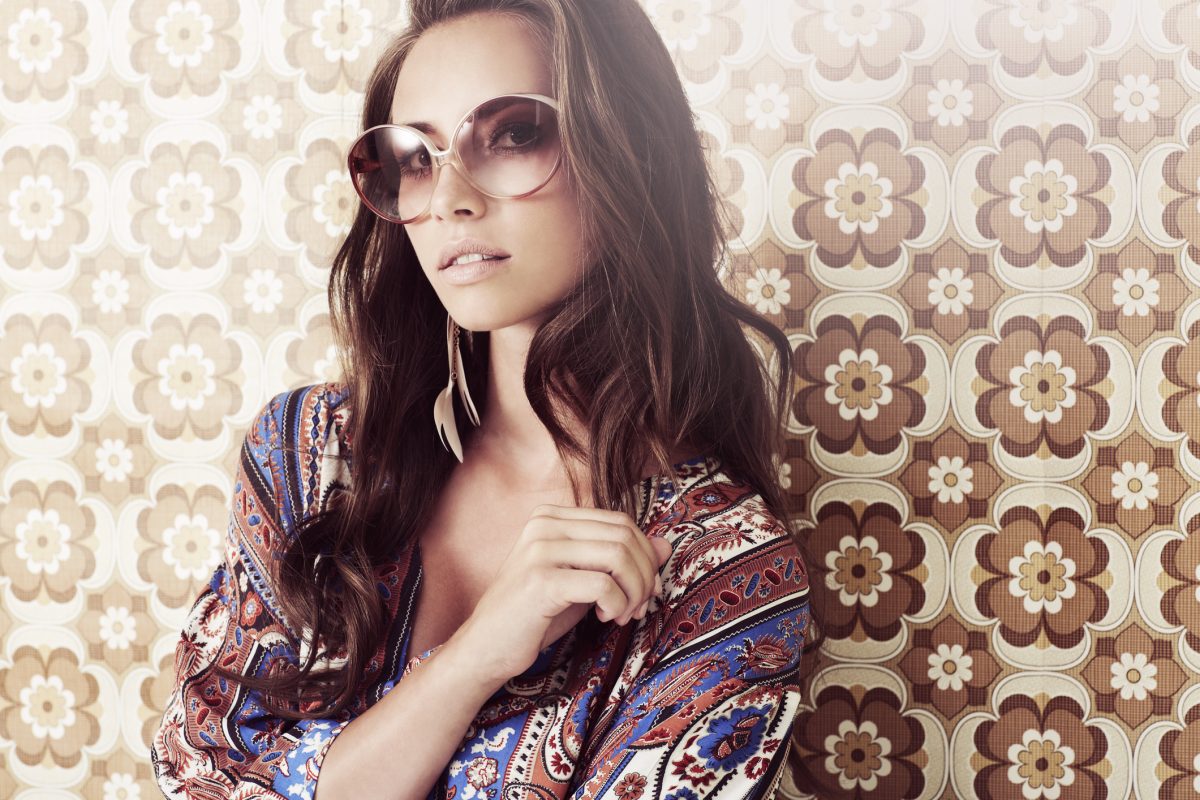 An iconic image of this party decade is the platform shoe. Available in a variety of styles and heights, the trend became popular with both women and men. Platforms were applied to knee-high boots, ankle boots, closed-toe shoes, and sandals. Glitter and prints added to the drama of this striking footwear, which was a pivotal part of the disco era. 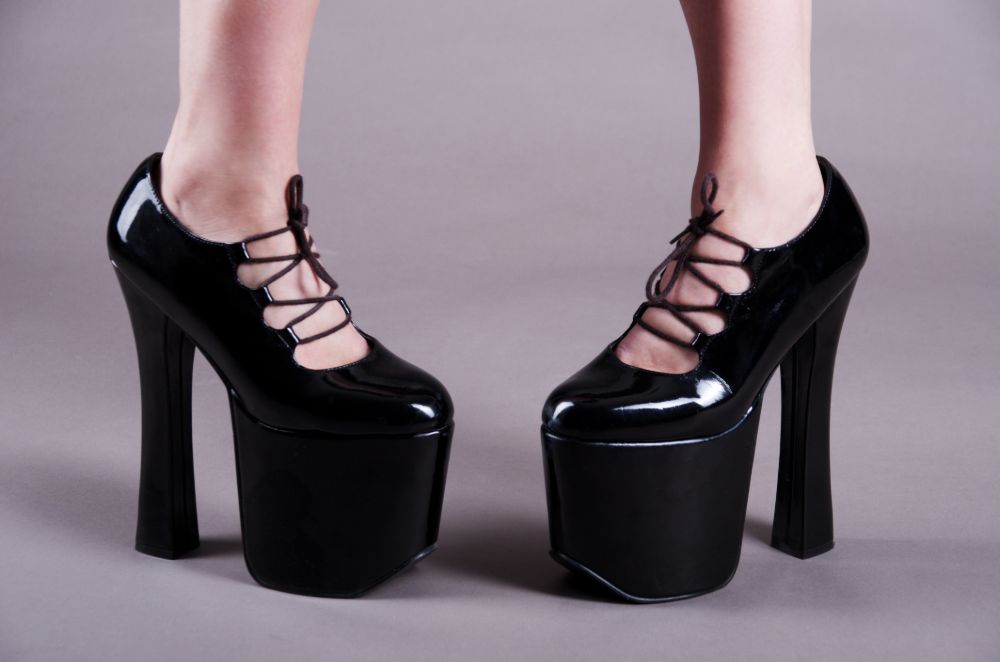 The casual tracksuit was a popular clothing choice during this decade, in pointed contrast to the high-glamor, partywear trends typical of the same time. However day-to-day, tracksuits were still designed with the bright colors that we have come to associate with the 1970s. Most people wore matching sets with the top zipped up over a slim-leg trouser. 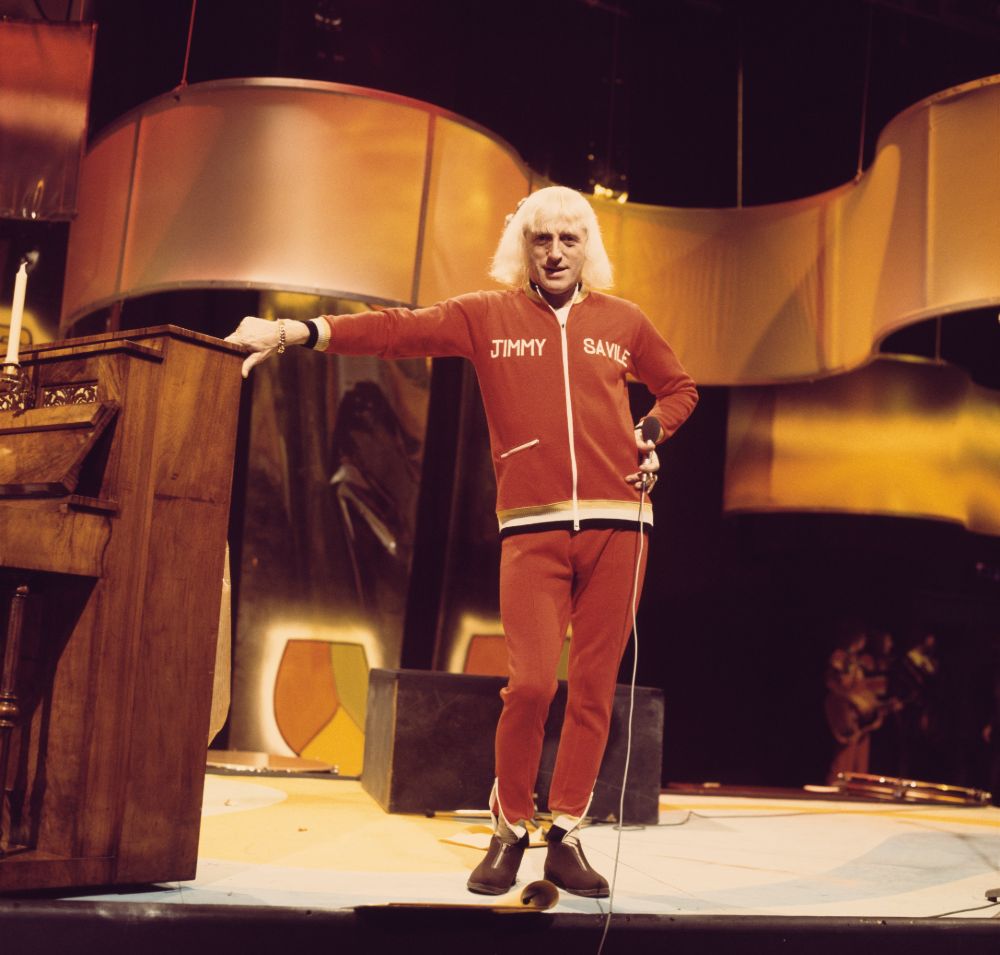 The jumpsuit was designed in previous decades but rose to popularity in the 70s. As with other groovy fashions, they were worn by both women and men. They often featured other 1970s trends such as flared ankles, bell sleeves, and wide lapels, and were paired with platform shoes or boots. Jumpsuits were considered acceptable for casual day and evening wear, and the latter were often made of stretch fabrics ideal for dancing. 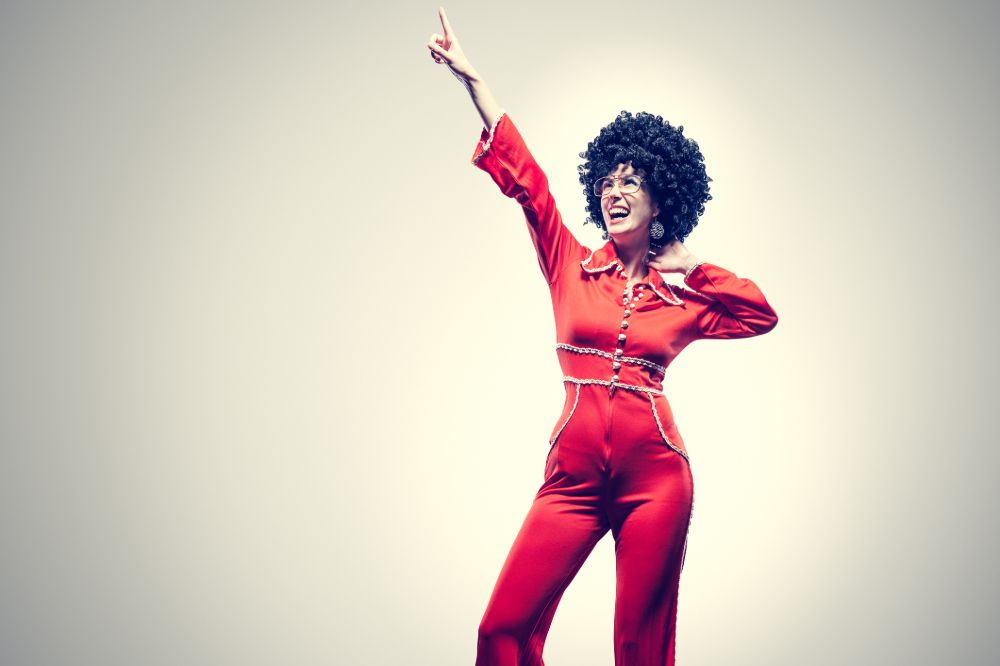 Floppy hats emerged as an outlying trend in the 1960s, but really took off in the next decade when donned by mainstream. Embellished with various adornments, like ribbon, tulle, and fake flowers, the wide-brim headwear drew attention flowing locks and fresh faces. Sheer nylon floppy hats also became popular among brides during this decade. 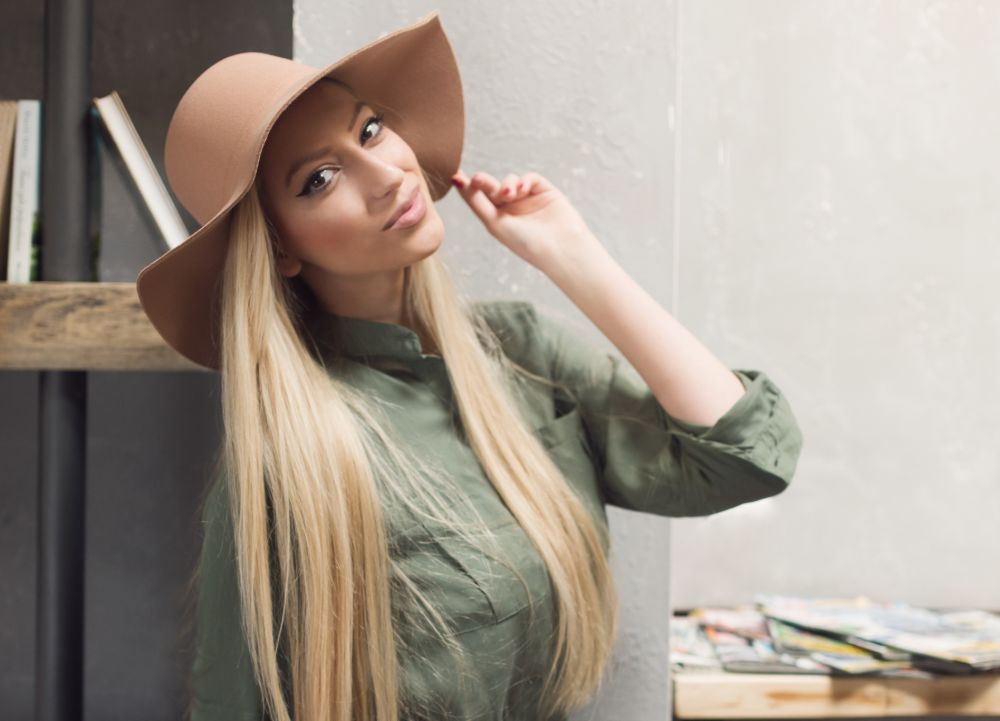 Headscarves were worn in different ways during the 1970s. A classic look synonymous with this era is the long thin scarf, tied into a headband and trailing down long hair. In contrast to this loose and casual option, a more striking and dramatic effect was achieved with the turban. Similarly, a larger, square-shaped scarf could hold all the hair back from the face, tied at the nape of the neck. People experimented with bright and patterned wraps, sometimes even choosing a scarf print identical to their outfit. 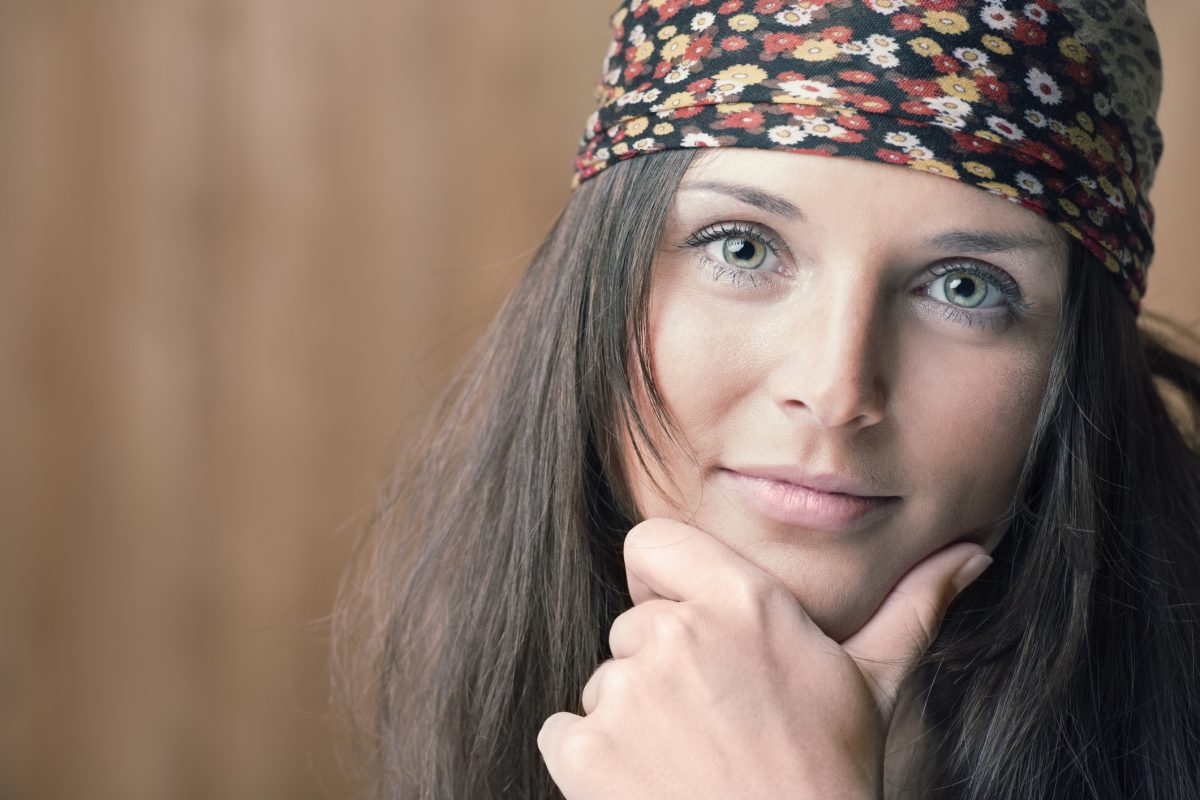 Flared trousers were common in the 1960s, but the trend went one step further in the 70s with the introduction of bell bottoms. These trousers saw the leg of the pant flare out dramatically from the knee, with a hem as many as 26 inches around. This style was worn with platform shoes and came in bright colors and elaborate prints. 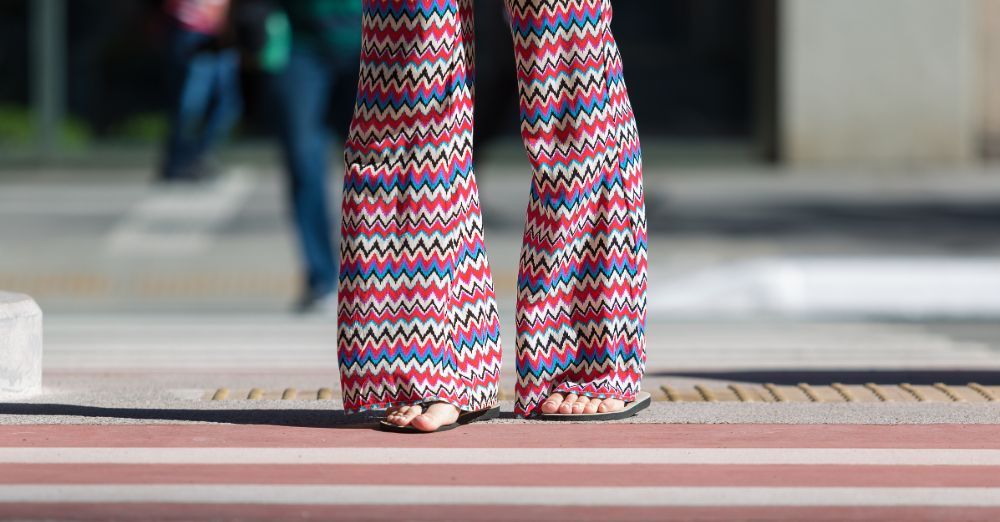 At the start of the decade, flared jeans were extremely popular, but the waist and the hip area became more fitted during the early 1970s. As the decade progressed, flares turned into bell bottoms, and hems were left raw and frayed. The trends for embellishments extended to denim through the 70s. Embroidery, appliques, and patches adorned jeans, either coming decorated straight from the manufacturer or spruced up at home. 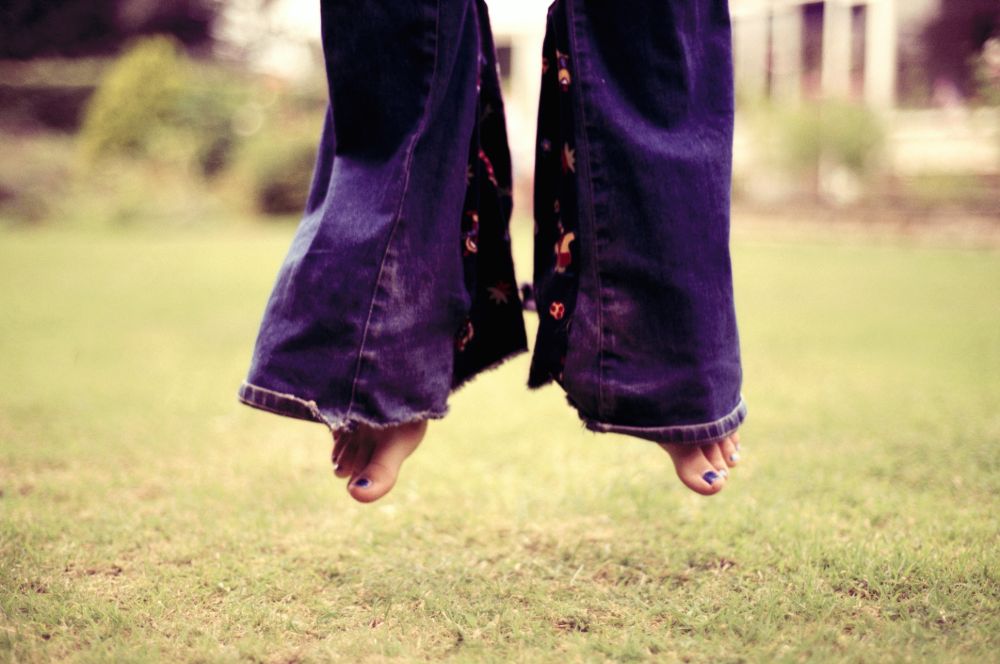 Feminism reappeared on the political agenda during the 1970s, and along with it came the woman's trouser suit, perfect for the enterprising businesswoman who wanted to be seen as equal to her male counterparts. Yves Saint Laurent introduced an elegant tuxedo to their woman's catalog, and this opened the doors to a sleek and tailored style quite different from the garish prints and colors of the party and casual wear. 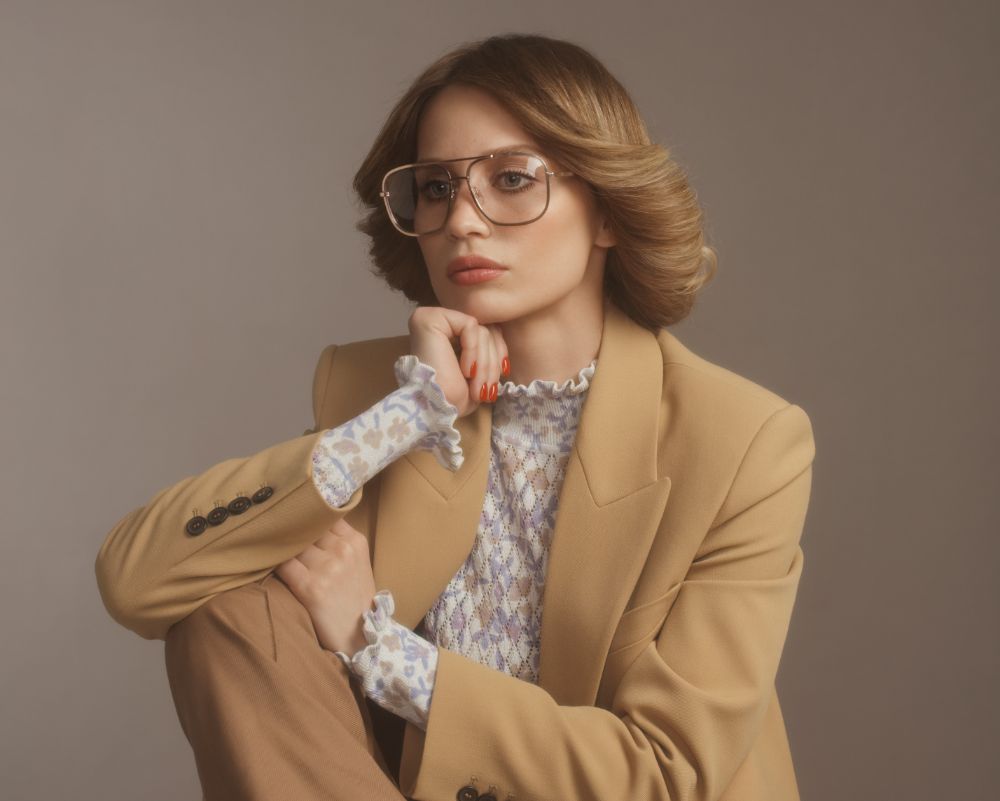