30 Things You Didn't Know about CHiPs

The crime series known as CHiPs hit NBC’s airwaves back in 1977. The show had a successful run through 1983. Since then, it has not been forgotten. Reruns have popularly aired on multiple networks, and the show has earned a myriad of fans. Centered on California Highway Patrol officers, the show starred Erik Estrada as “Ponch” and Larry Wilcox as “Jon.” From auto pile-ups and high-speed chases to interrogations and hostage situations, the show brimmed with dramatic flair—so much so that it’s still attracting new fans around the world.

The chemistry between Ponch and Jon is one of the hallmarks of the show. Fans have the distinct impression that these two partners were made to patrol the highs and bi-ways of Southern California together forever. In reality, however, the two did not get along. In fact, it was their rift that finally led to Jon departing from the show for its final season. 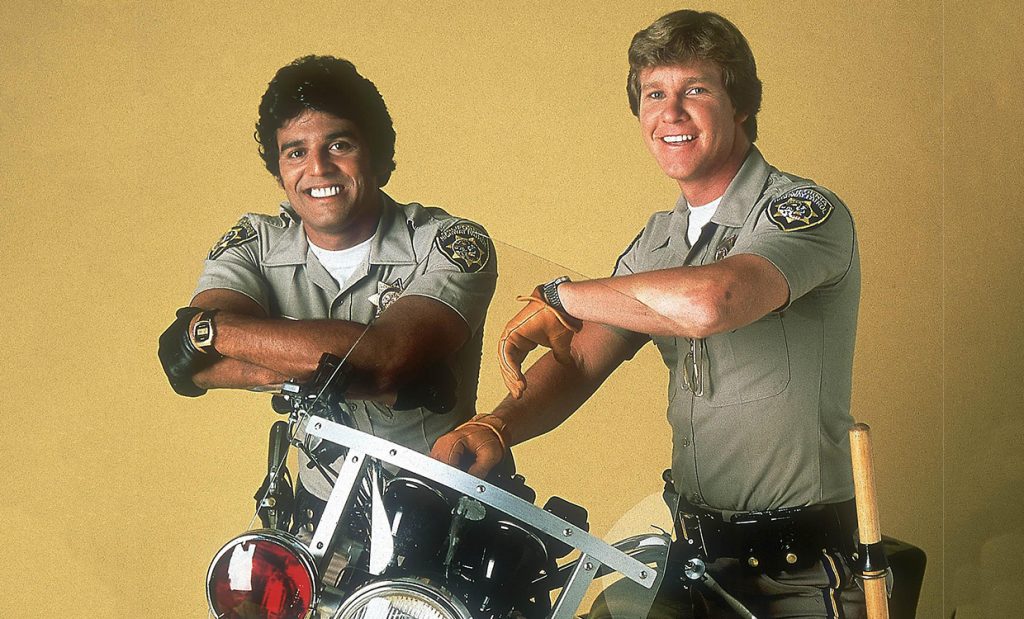 Glorification of Guns--Not on This Show!

Do you know how many times officers on CHiPs drew their guns during the show's 139 episodes? Just three times! This is immensely conservative in comparison with other actions show of the era and certainly compared to shows today. Quite often, Ponch and Jon used their charm to maintain law and order and keep the peace on the streets. Owing to its time slot on the network, the producers of CHiPs want to maintain its family-friendly appeal. 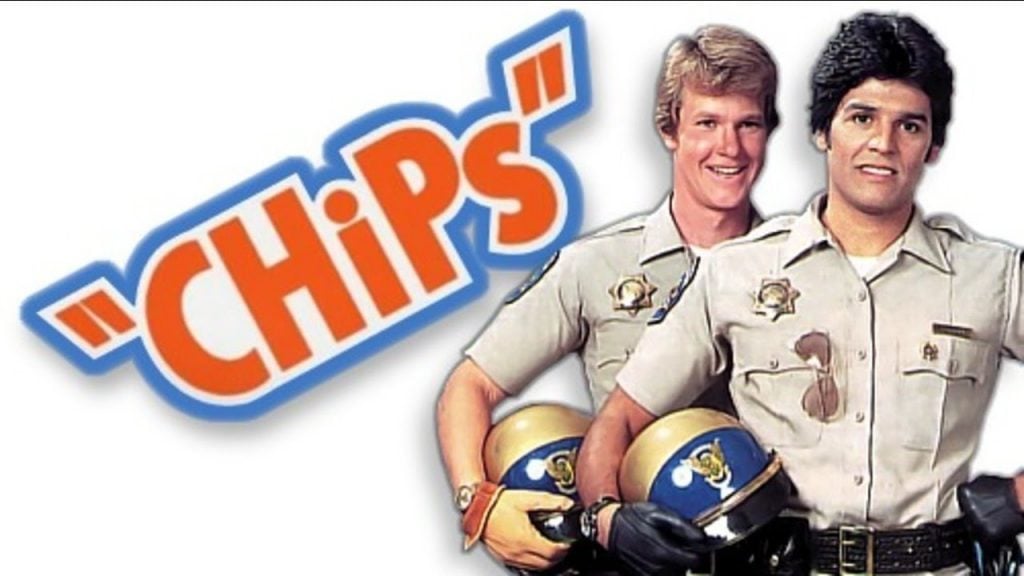 Believe it or not, CHiPs almost didn't survive after its first season. The show garnered terrible ratings that made its cancellation seem likely. It didn't help that some critics described the show as "dreadful." Fortunately, NBC decided to move the show from Thursdays to Saturdays. The new time slot gave the show the ratings boost it needed to appeal to a wider audience. 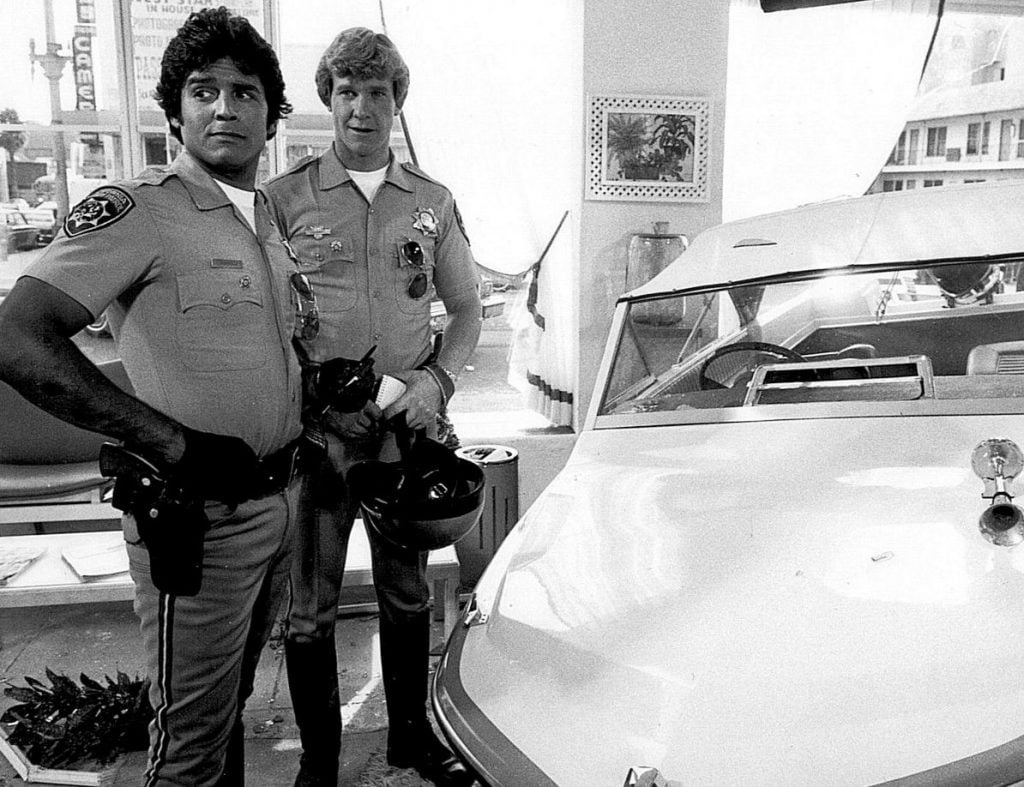 Japan loved CHiPs so much that musicians created a disco smash based on the show's theme song. John Parker wrote the original theme, but Japanese jazz-infusion artist Yuji Ohno took the song to a whole new "New Wave" level. The album isn't easy to find these days. If you have one, you've got a real collectible item on your hands! 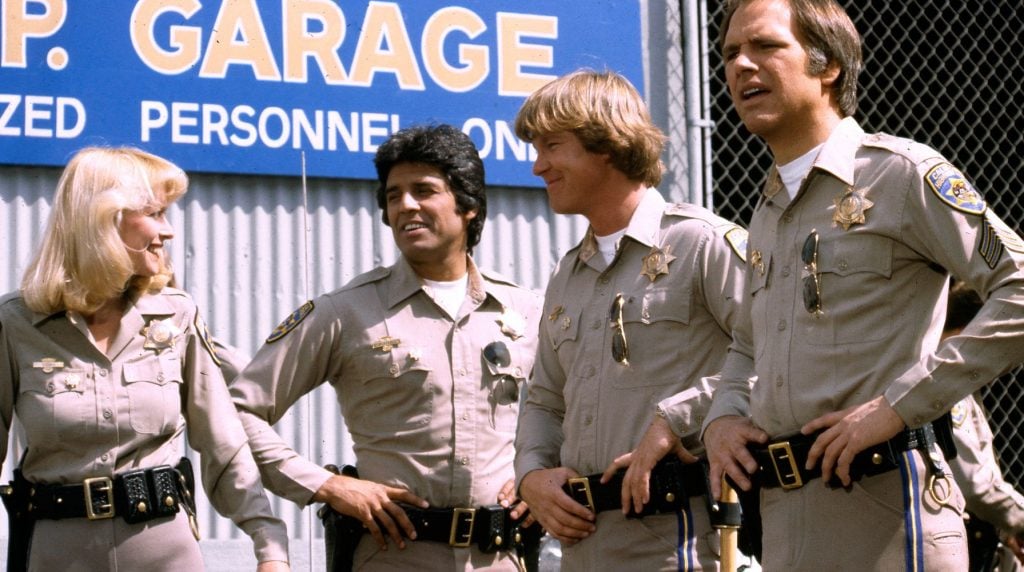 CHiPs was one of the first mainstream shows to reference Vietnam. The character of Jon is an ex-Vietnam veteran. The war, of course, garnered immense controversy during the 60s and 70s, so producers were taking a chance by creating a character who fought in Vietnam. The show's producers wanted to include real-world references that viewers could relate to. 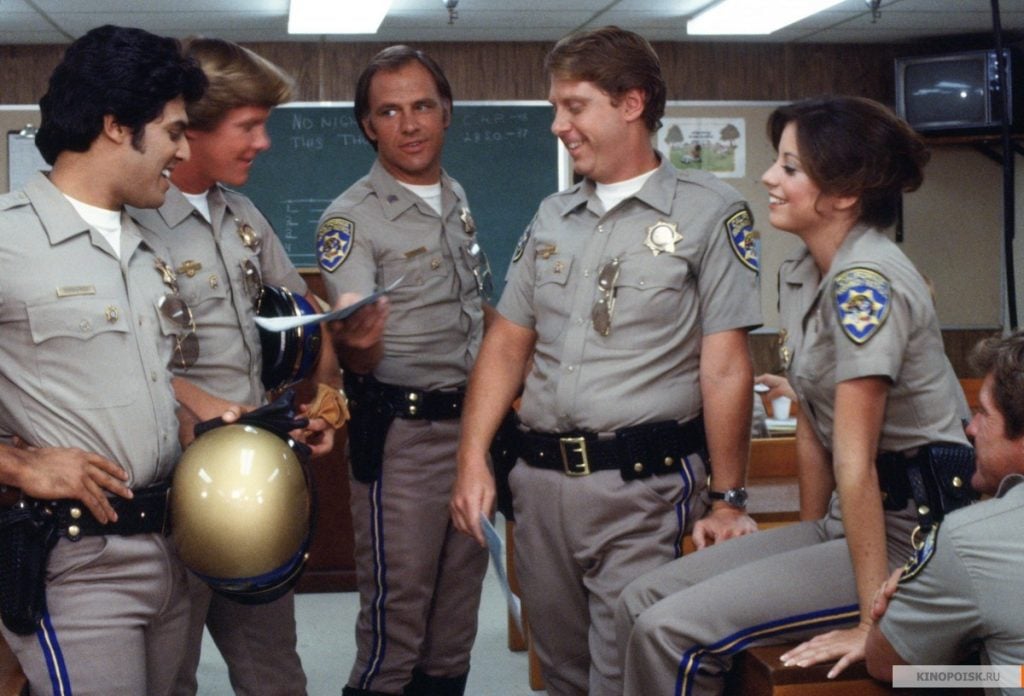 Actress Breanne Leary joined the show in its second season as Officer Sindy Cayhill. She didn't get to show off her skills, however, as a talented gymnast. Before embarking on her acting career, Leary was an Arizona State gymnastics champion. As another point of interest, she is a cousin of the writer Timothy Leary. 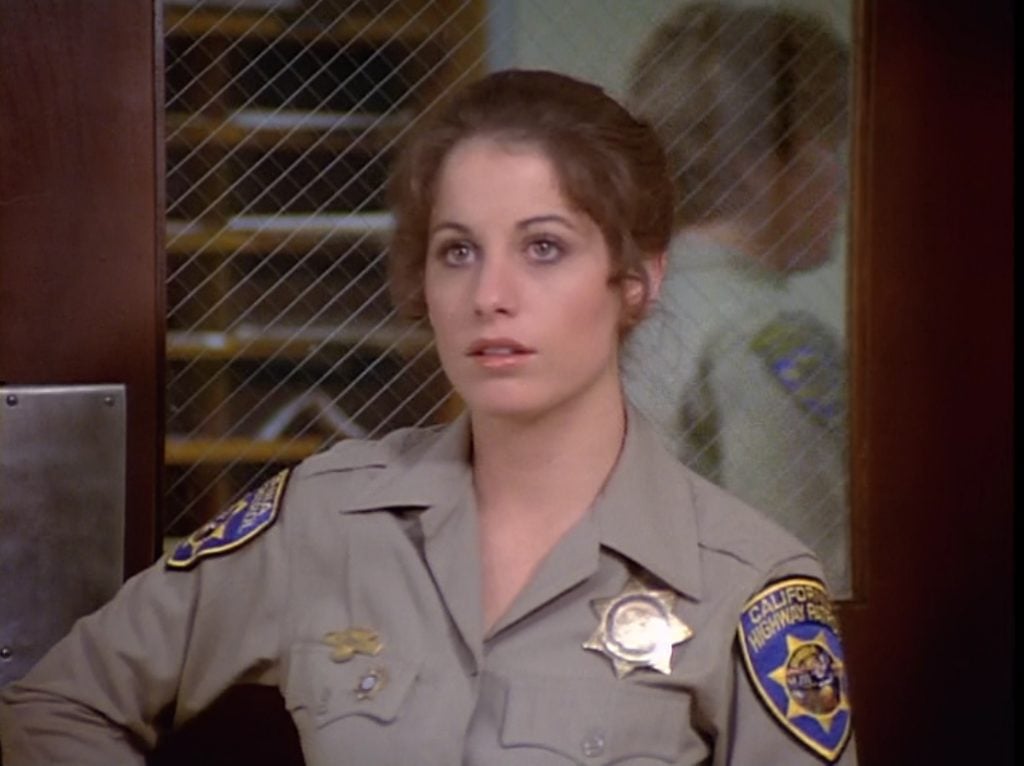 Robert Pine played the role of Sgt. Joseph Getraer to perfection. But it's not the actor's only claim to fame. Pine appeared on the soap opera Days of Our Lives as well as on popular TV shows that include Lou Grant, Barnaby Jones, Knight Rider, Lost in Space, and Star Trek Enterprise. 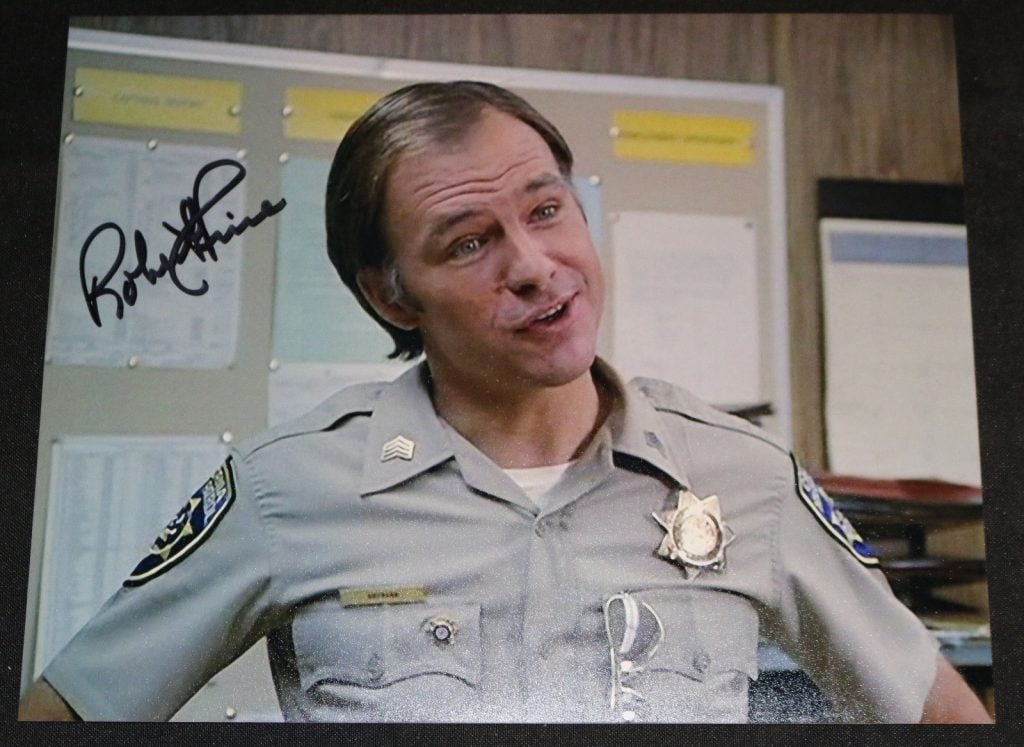 A Credible Back Story

Pairing Ponch and Jon together was a bit of a gamble as CHiP officers typically ride on their own. The show created a back story so that they could film the two together. Their backstory stated that Ponch was on probation and, therefore, wasn't allowed to patrol without the more watchful Jon at his side. 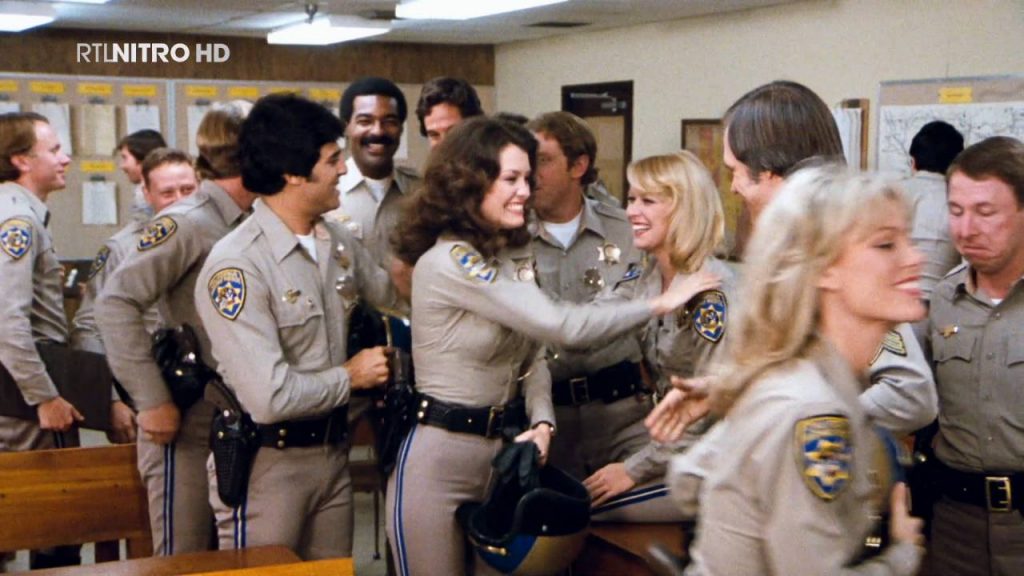 Erik Estrada brimmed with machismo on CHiPs. That macho charm wasn't just an act; however, Estrada preferred to perform his own stunts on the show. In 1979 while performing a stunt, he actually flew off his bike into a parked car. The actor was badly injured, but it didn't put him off giving the show his all. 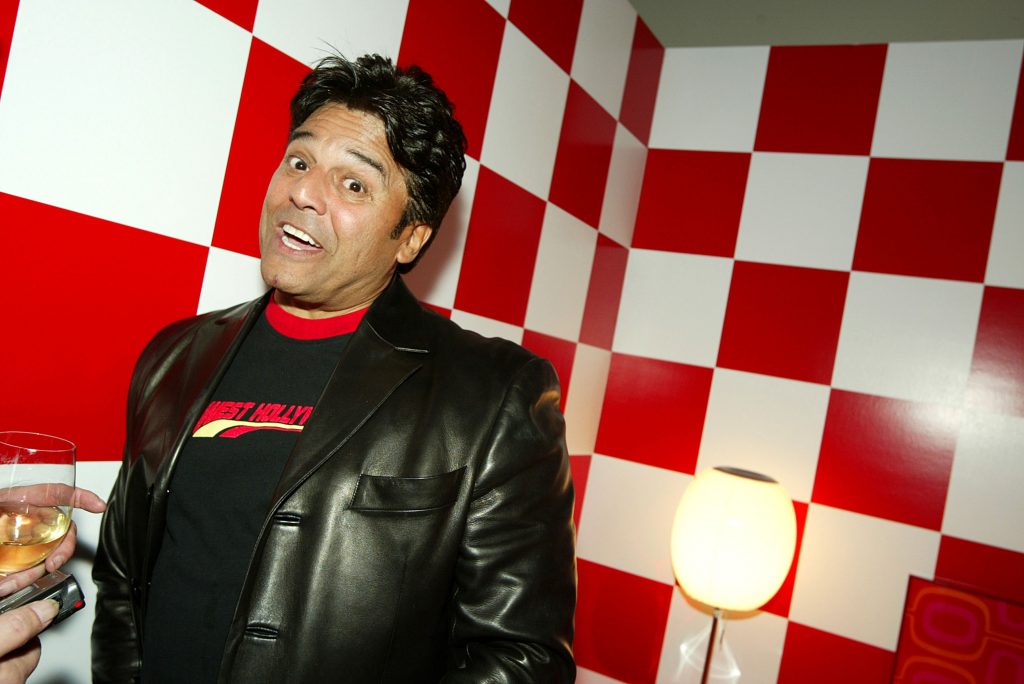 Wilcox Gets Injured Too!

Estrada wasn't the only actor to get hurt on the set of CHiPs. Larry Wilcox was also injured during a scene involving a motorcycle. During filming for a later episode of the show, Wilcox flipped his bike and suffered a concussion that, naturally, delayed filming. The show's stars frequently put themselves at risk to give fans a realistic portrayal of the job. 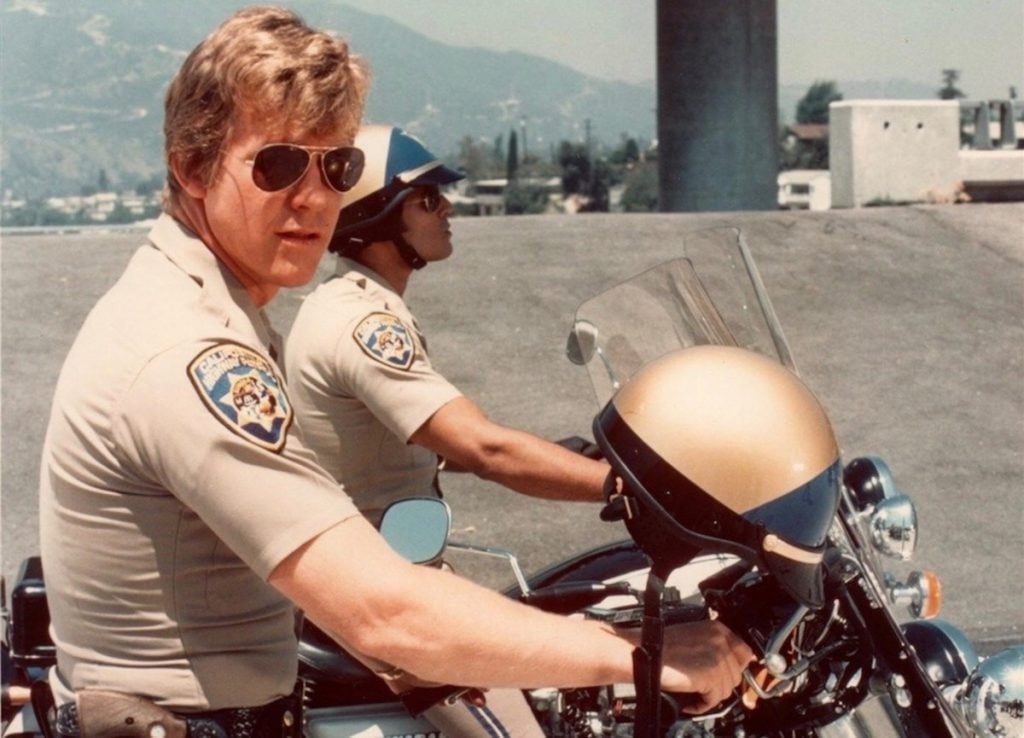 Estrada Had No Motorcycle Experience

Before the show, Estrada literally had no experience riding a motorcycle--which really puts his stunt work and bravery into perspective! In order to get prepared for the role, Estrada took an 8-week intensive motorcycle driving course. Even so, it took him three test attempts to get his license! He stuck with the training, and the rest is history! 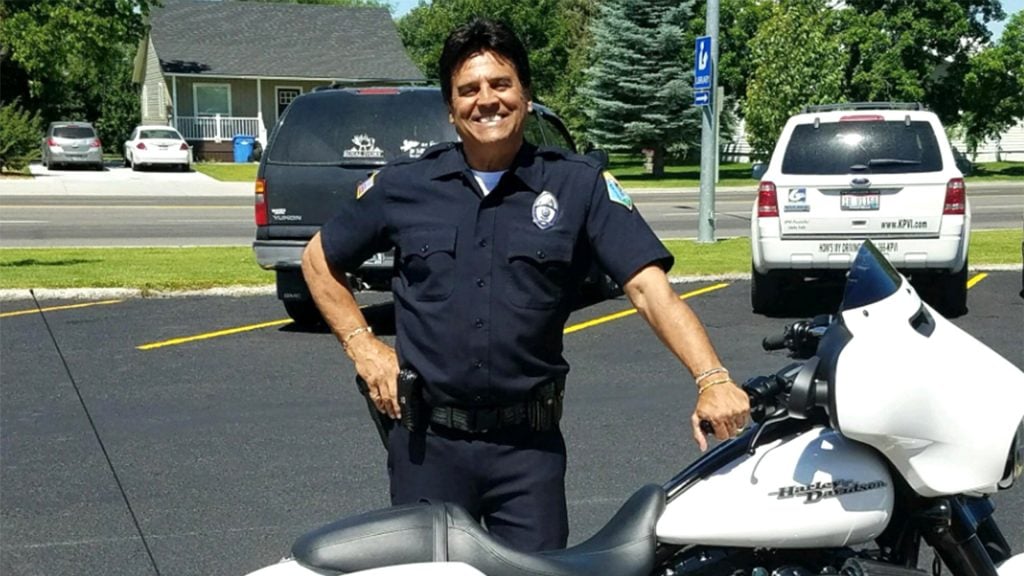 The show CHiPs was a TV phenomenon that influenced many other shows and movies. In fact, Ponch and Jon reprised their roles as two of Southern California's finest officers for National Lampoon's Loaded Weapon. The two have also appeared together over the years, in spite of their differences, to meet with fans of the show at special conventions and events. 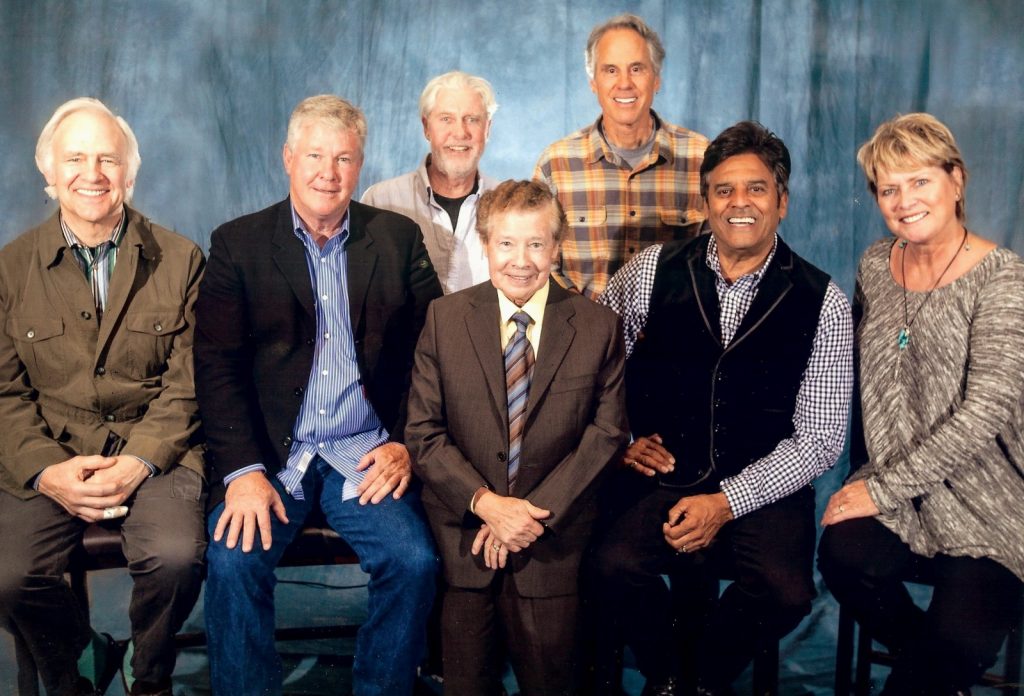 The producers of CHiPs were determined to provide a realistic portrayal of life maintaining law and order on the highways of Southern California. They purchased actual squad cars and motorcycles used by CHP. Fans will note that models shown on screen were actually a few years behind the times as these were the newest models that producers could obtain. 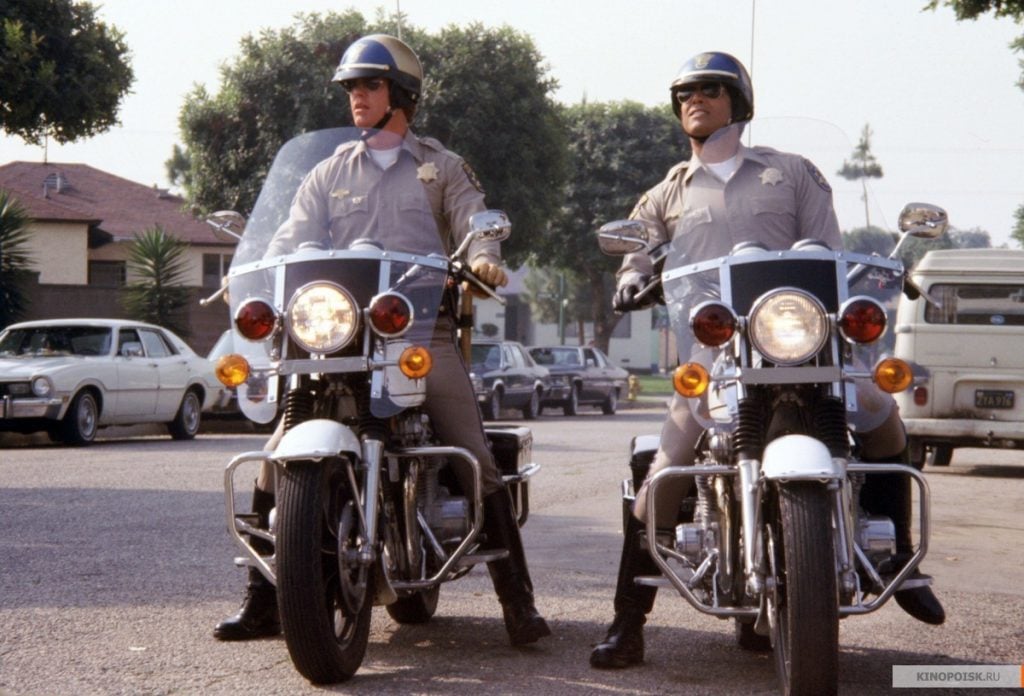 On the show, Gwynne Gilford plays Sergeant Getraer's wife, Betty. This was a convenient role for her as she is actually Robert Pine's real-life wife. Gwynne Gilford also played in films that include Masters of the Universe, The Young Lawyers, and Fade to Black. She and her husband have two kids. 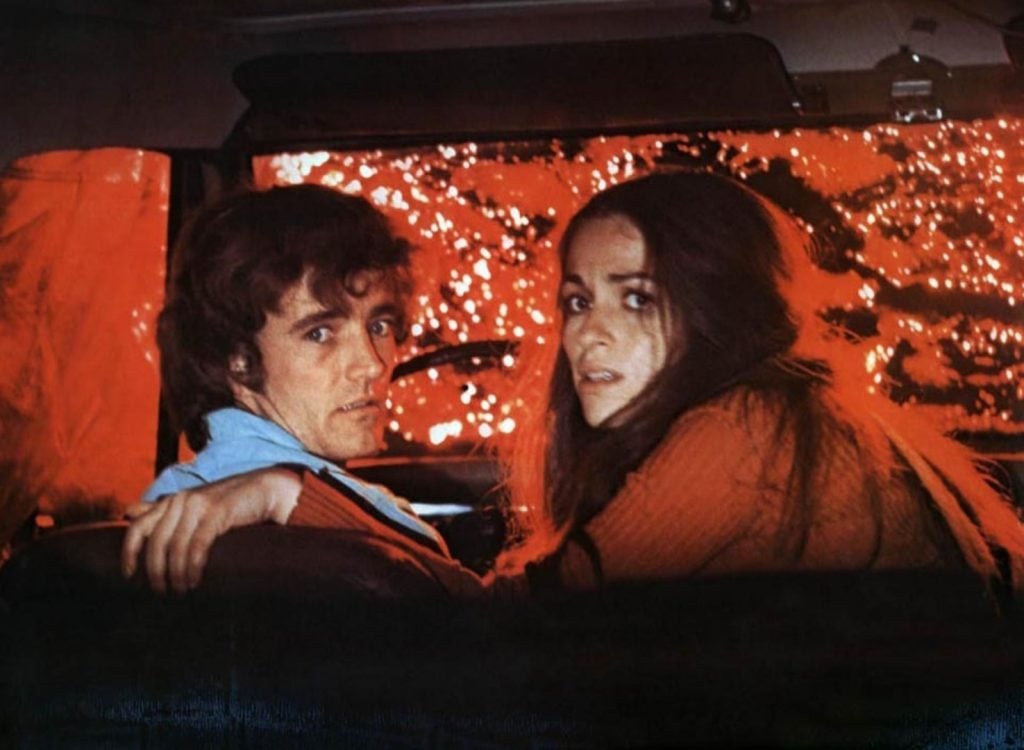 From Criminal to Cop

In an episode on the second season of the show, actress Randi Oakes played a car thief. She did such a fine job that she was invited back by show producers to play officer Bonnie Clark. It was important for producers to find compelling female characters to play opposite their stars, Estrada and Wilcox. 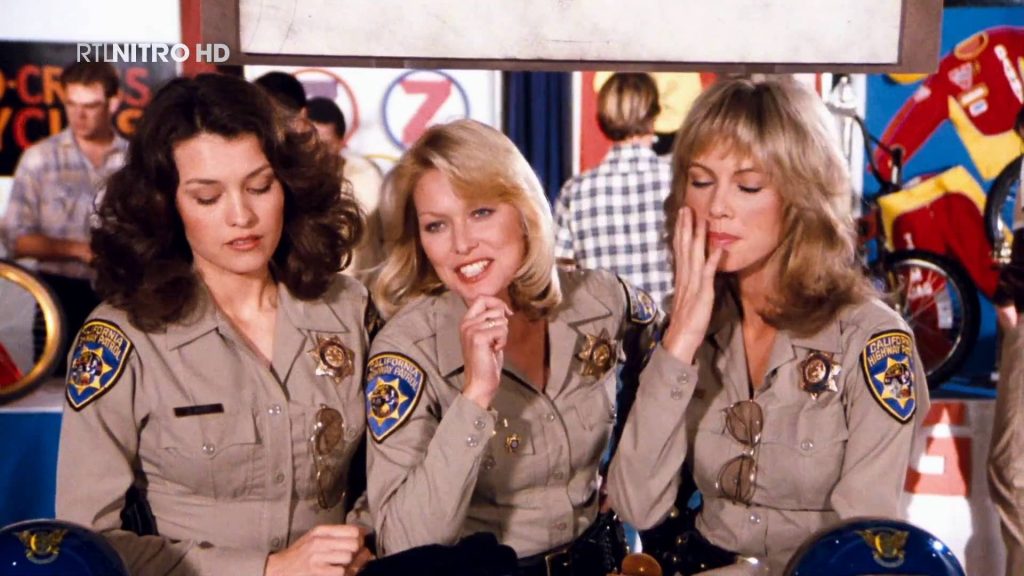 Bonaduce Appears on the Show

Best known for his role as one of the kids on the television classic hit The Partridge Family, Danny Bonaduce appeared as a criminal on CHiPs. He played a car stripper who is brought to justice by Officer Bear. In fact, he's one of the few characters to have a gun drawn on him on the show. 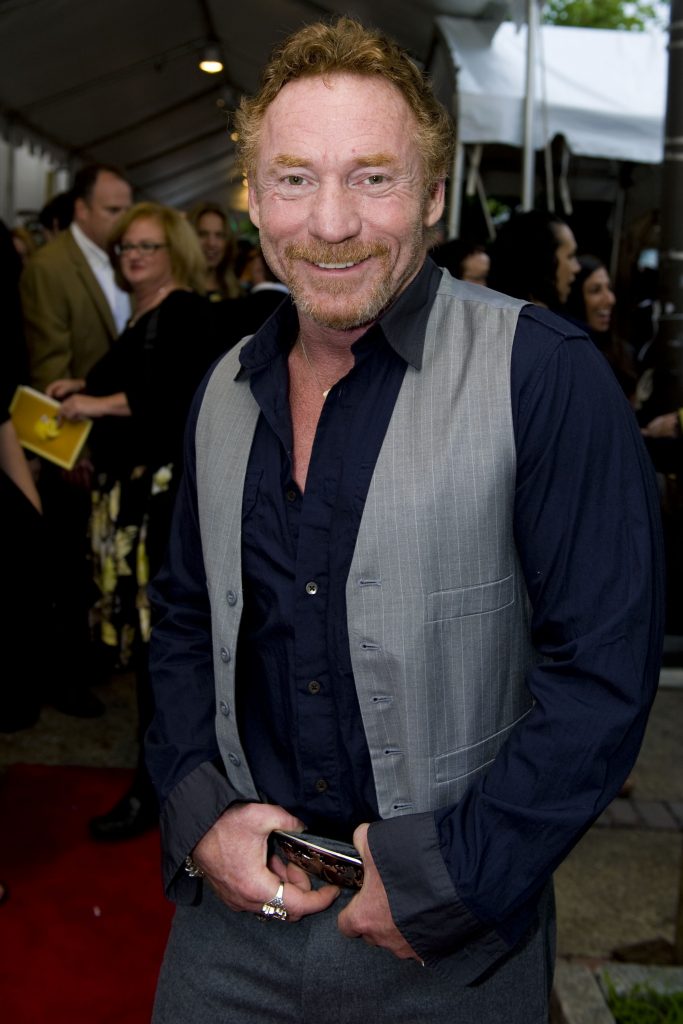 Not an Italian Stallion

At the time of initial auditioning for the show, its producers were casting Ponch, aka Poncherelli, to be a person of Italian descent. When Estrada came in for the audition, they changed their minds. Poncherelli became Poncherello. During the audition, Estrada messed up a line and displayed his temper. The casting director was convinced that he had everything the role needed--messed-up lines or not. 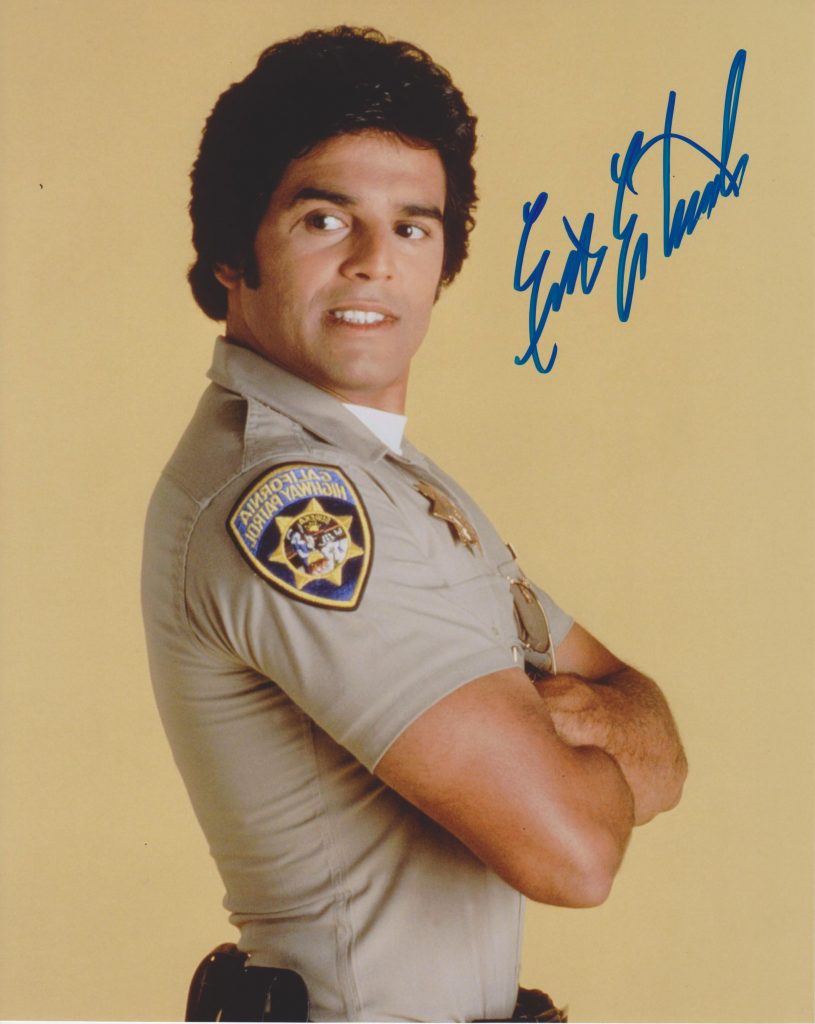 In 1981, two real-life officers were critically injured in the line of duty. The cast and crew of CHiPs gave blood to help the cops--one of whom survived. The show earned itself a reputation for promoting law enforcement and safety. Of course, show scenes seldom showed characters wearing seatbelts! 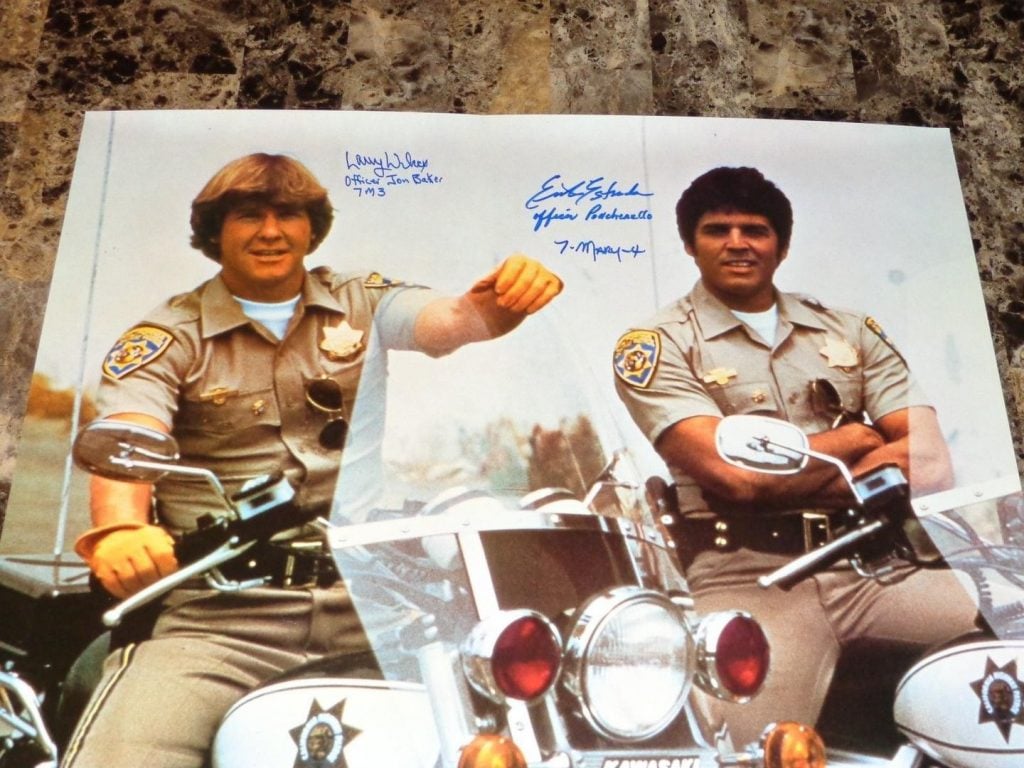 What's That Brown Box For?

If you pay close attention to Ponch and Jon's belts as well as the other cops on the show, you'll see that behind their holster is a little brown box. The box isn't standard gear for Californian Highway Patrol officers. Instead, the actors wore the boxes because they contained small batteries that they needed for their microphones. 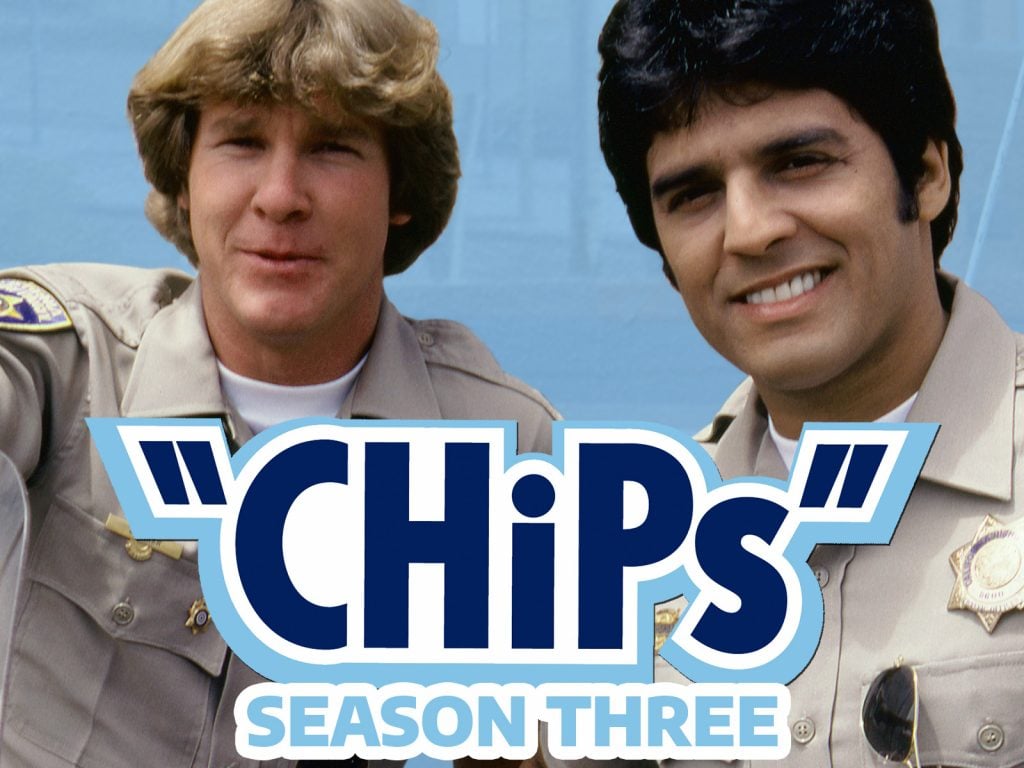 Frequently, there were real-life cops on the set for CHiPs. This often posed confusion as the actors were walking around set in uniform too! Real officers needed to be on set often to direct traffic or provide security for actors, crew, and public bystanders. Even the fans couldn't always tell the difference! 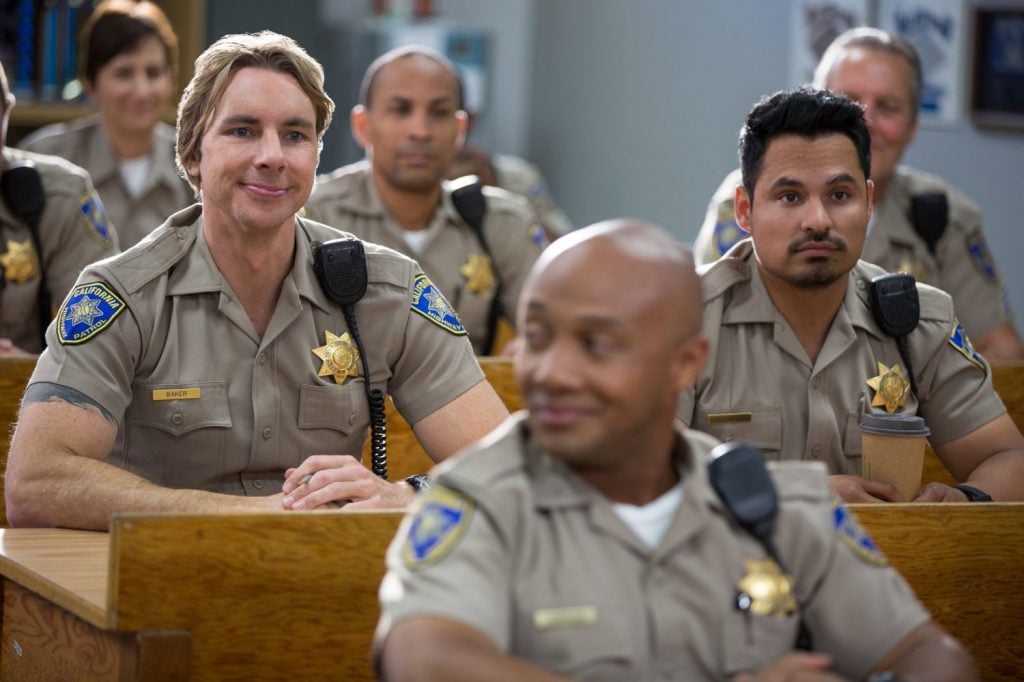 The show made use of highways stretches in Northern LA that were not quite finished and ready for public use but were close enough to completion that they appeared perfectly realistic on screen. The show's pilot episode features a stretch of Ronald Reagan Highway. Interstate 210 is also featured on several episodes. 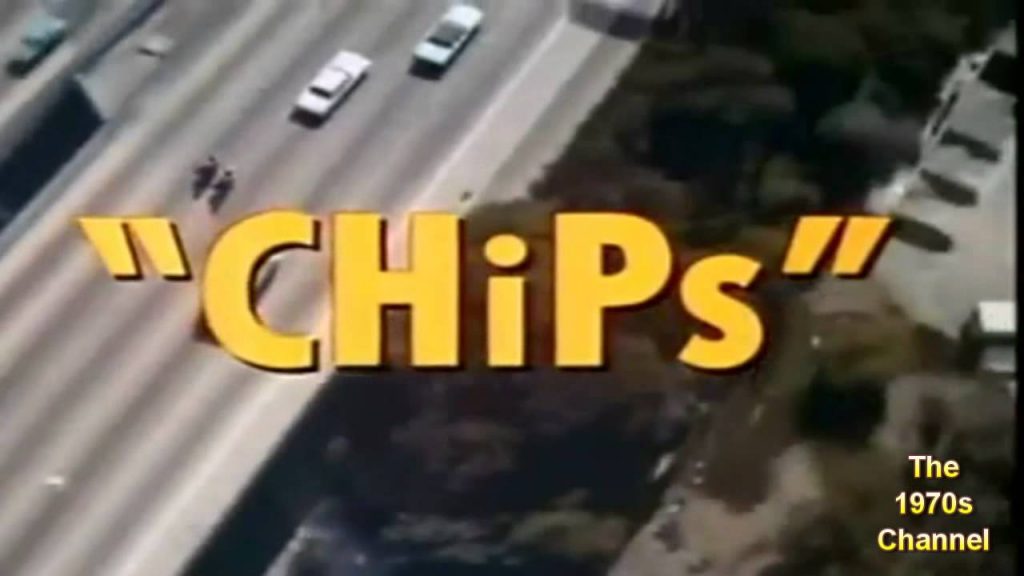 In an episode of the show, producers made use of a vehicle that was regularly featured on the hit TV show Emergency! which was slightly before CHiPs's time. Emergency! was no longer using this vehicle, but fans of both shows might have caught the similarities. The episode depicts Ponch and Jon having difficulties with a paramedic. 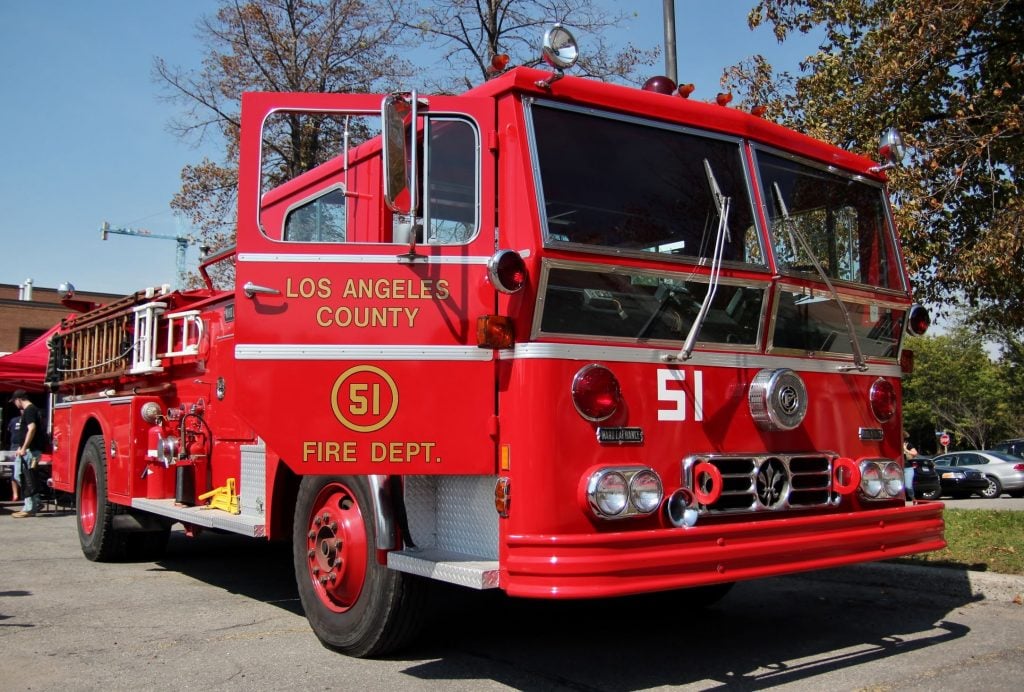 Actor Erik Estrada capitalized on his former role on CHiPs to do some advertising for Taco Bell. In a commercial, Estrada appears fully garbed in a highway patrol uniform. He asks a woman enjoying her food if she "has a license for her dangerously tasty new taco." The ad proved to be a big hit for the fast food chain. 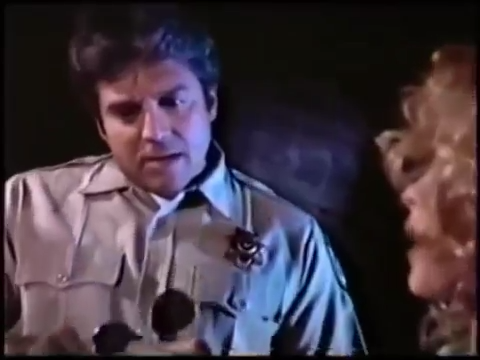 After Jon left the show, producers knew they needed to fill some big shoes. They turned to Tom Reilly. While good looking, Reilly was much more than a handsome guy. He was actually a motorcycle Speedway champion. Footage from his 1982 racing competition actually appears on CHiPs. He helped inspire motorcycle fever among the show's fans. 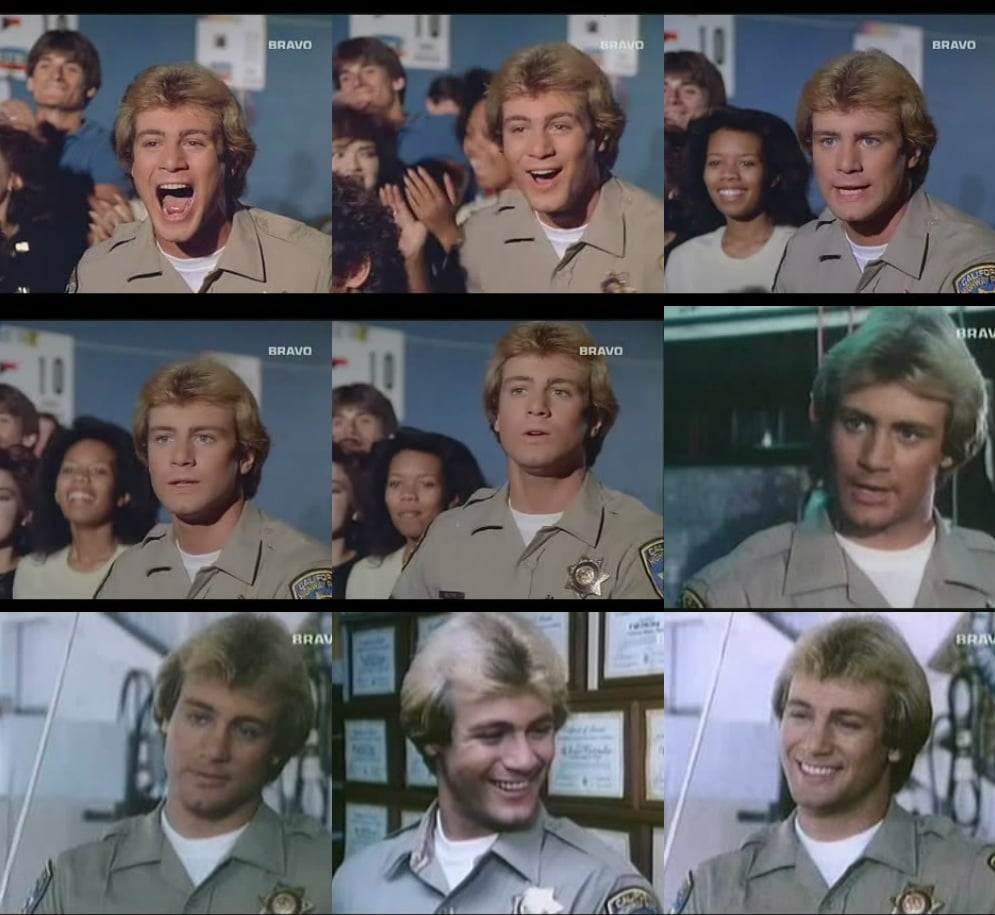 As a kid, Erik Estrada said he wanted to be a cop when he grew up. Then, he got his big chance to play one on the screen. It seems, however, that playing one wasn't enough. Later in life, Estrada did, indeed, become a law professional. He works to protect children in Virginia from internet-based crimes. 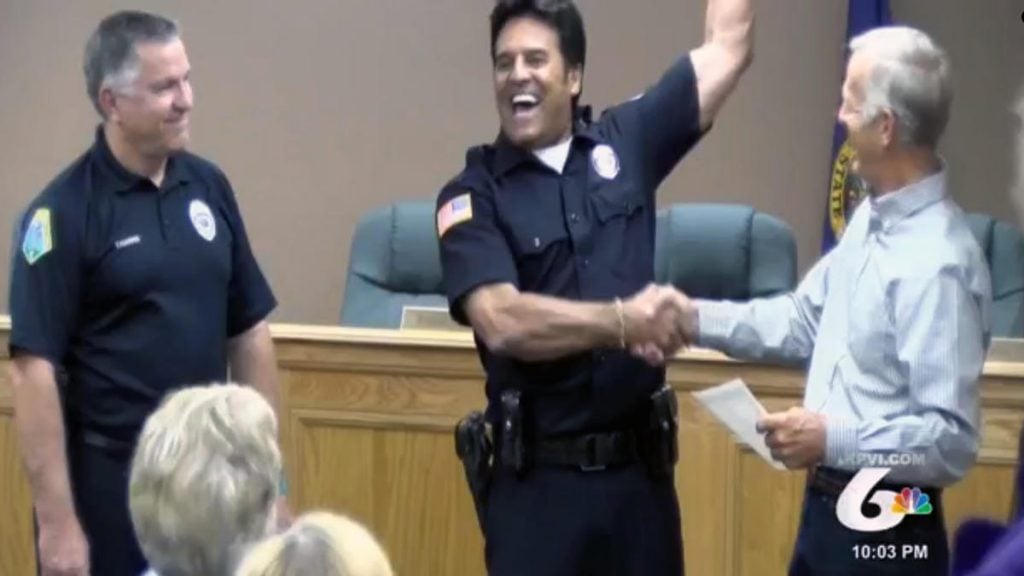 Owing to a dispute over salary, Erik Estrada opted to leave the show at the beginning of its fifth season. The show's producers knew they had big shoes to fill for the role. They brought in Olympic star Bruce Jenner, now Caitlyn Jenner, to join its ranks. Jenner played Officer Steve MacLeish for seven episodes until Estrada returned. 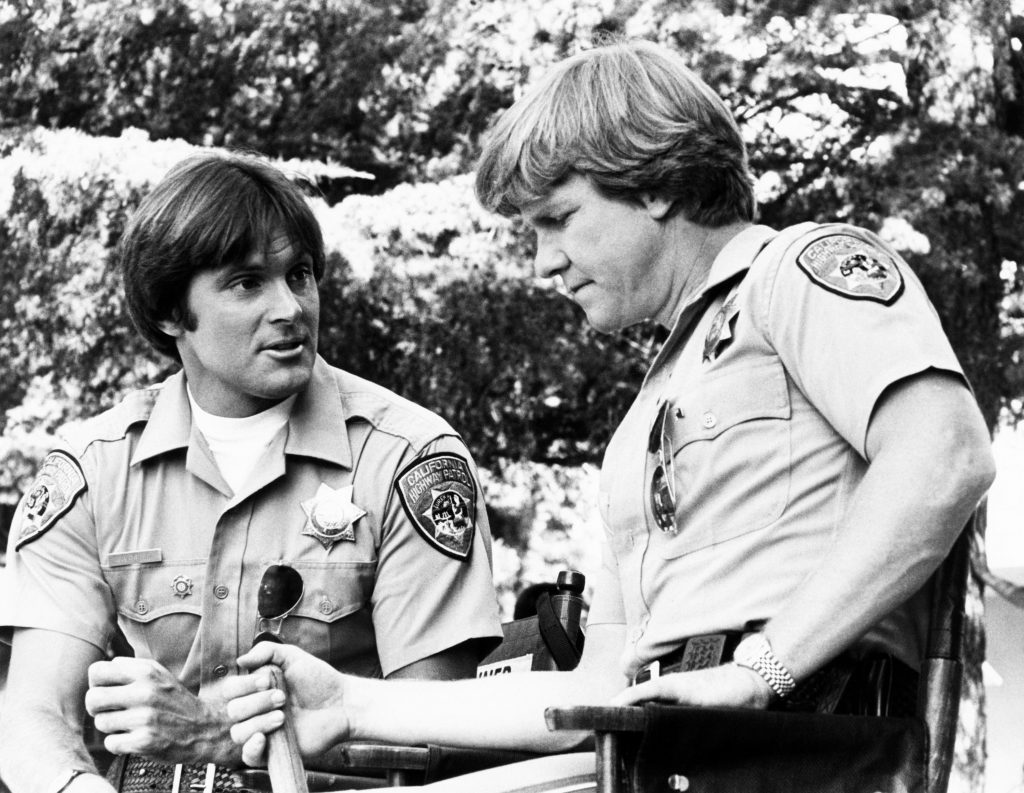 Larry Wilcox may have played a law and order professional on screen, but in real life, he was not always on the right side of the law. Wilcox unwittingly solicited bribes for his mining company from an undercover agent working for the FBI. Wilcox decided to cooperate with agents. He was outfitted with a wire that he wore to help agents bring others involved in the scheme to justice. 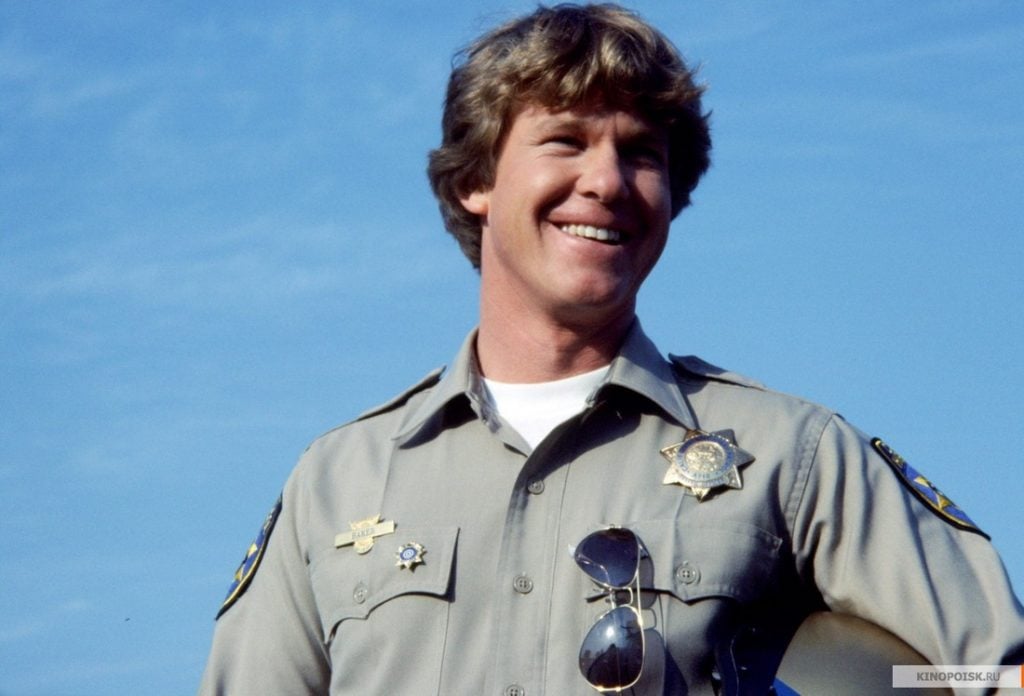 Like many shows and films of the era, CHiPs characters were featured as toys. However, the company charged with creating the toys, Mego Toy Company, used molds originally intended for other lines. Moreover, they used a type of plastic that reacted terribly with the toys' packaging. The toys were deemed potentially toxic and removed from store shelves. 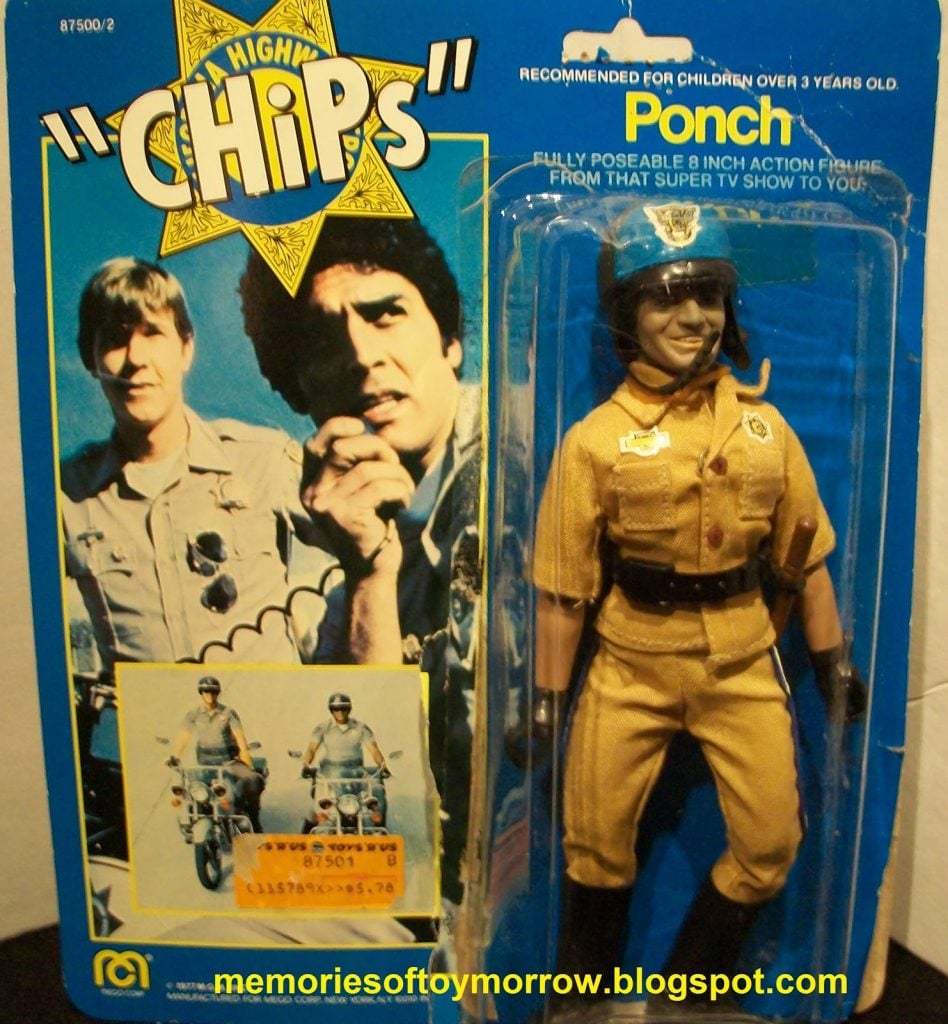 Jon's Replacement and the "Real" Law

After Larry Wilcox left the show, he was replaced by Tom Reilly. Reilly was arrested by actual motorcycle patrol officers on suspicion of driving while under the influence of drugs. Although Reilly plead innocence to this charge, the arrest damaged his role and, ultimately, the show which was soon later cancelled. 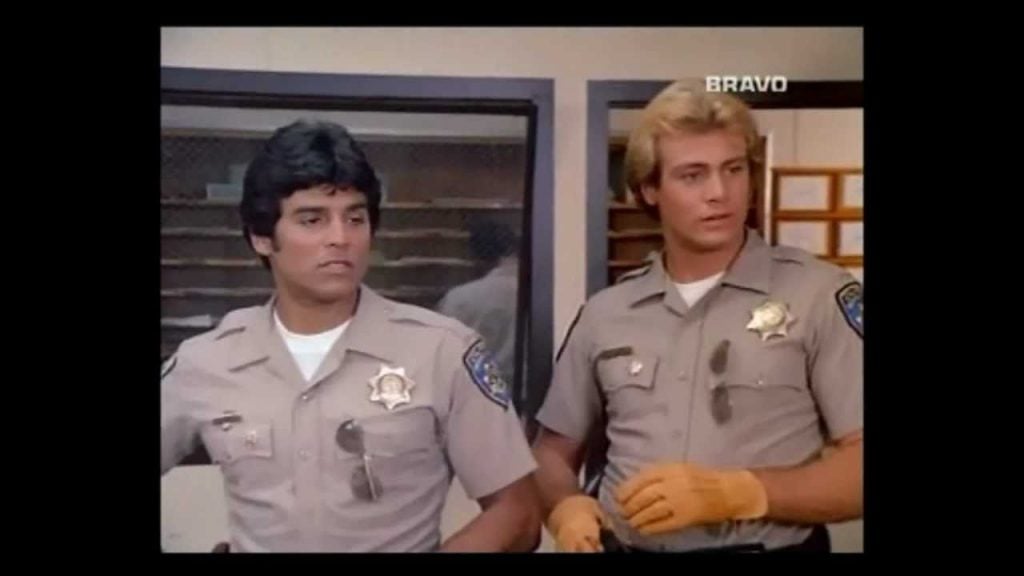 Few people who watched CHiPs could resist Erik Estrada's dazzling smile. Perhaps everyone didn't watch the show when it originally aired, but a celebrated band of the era certainly did. Victor Willis of the Village People claimed that Estrada directly influenced his band persona and costuming. Thank you Erik Estrada for looking so good in uniform! 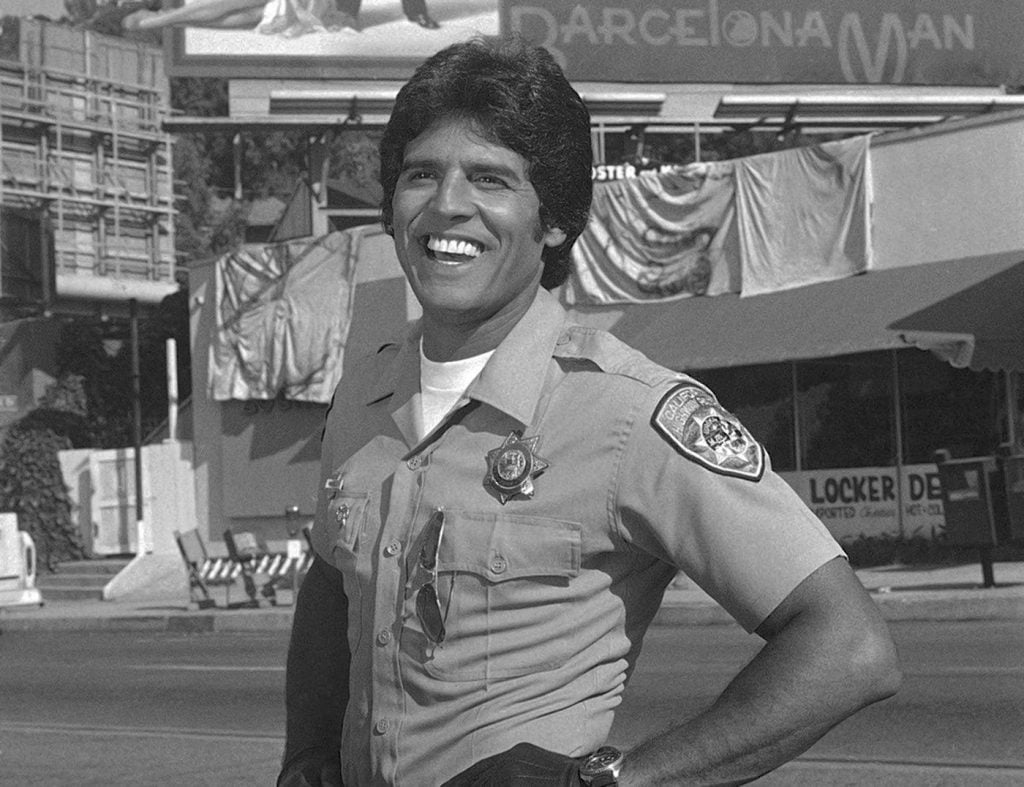