Catherine Elizabeth Middleton was born in England on January 9, 1982. She met Prince William while studying art history in Scotland in 2001. She officially became the Duchess of Cambridge on April 29, 2011, after they tied the knot. So far, the happy couple has three children - George, Charlotte, and Louis. Prince William, the Duke of Cambridge is expected to become the king of the UK one day, which will make her a queen. She is a wonderful wife and mother and dedicated to helping children. However, these are not her best angles.

The Duchess of Cambridge attended the Men's Singles final on July 15, 2018. The Wimbledon Lawn Tennis Championships were held at the All England Lawn Tennis and Croquet Club in London. Although she is probably just fixing her hair, Kate looks like she is stressed out as she pulls at her locks and gazes onward with dismay. 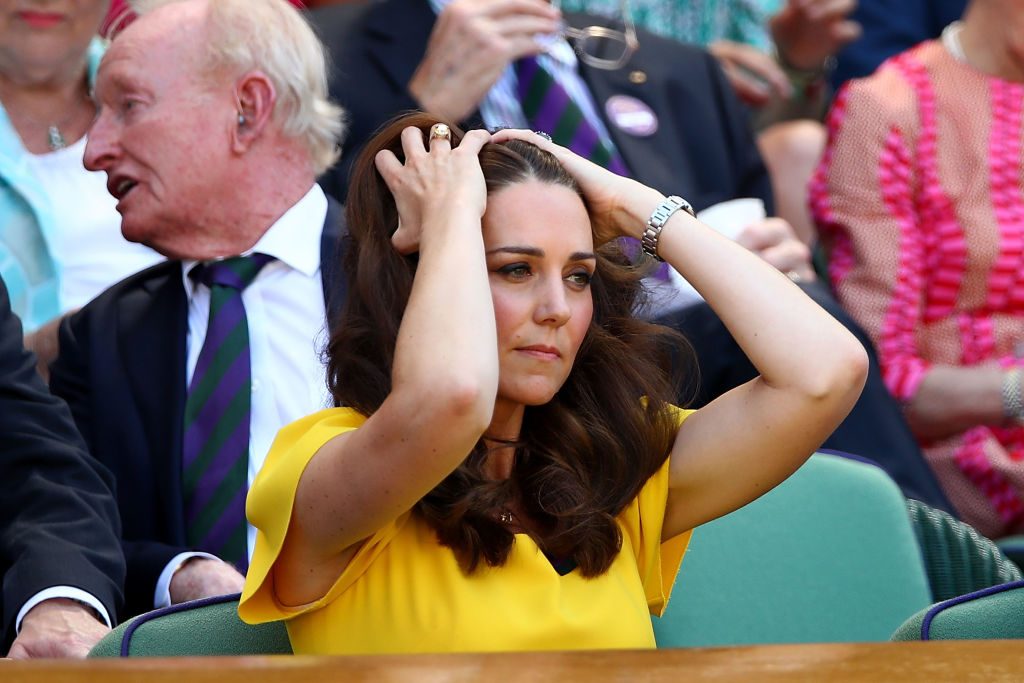