1920s Glamour: the Fashions and Trends

The 1920s were renowned for high glamor and sharp dressing. As the first world war came to an end, and people experienced freedom and a return to normal life, women's fashion became more extravagant and daring. Evening wear ruled in the style stakes; the more glamorous the outfit, the better. Accessories were a big part of completing an outfit in the 1920s, with feathers, beads, and pearls adorning almost every item.

Trousers were starting to emerge as a casual-wear option for women, but were not considered acceptable until some time later. People were still making clothes at home, but fabrics were becoming more accessible, and imitation silk — the now wildly popular rayon — was invented in this innovative decade.

The iconic look of the 1920s is a woman in a drop-waist or flapper dress. With this style, the waistband sits at the hips, creating a flattering, elongated silhouette. The straight lines of the top half of the flapper dress flattened the bust, rather than accentuating it as in previous decades. This style of dress was popular for both casual day-to-day and special occasions. 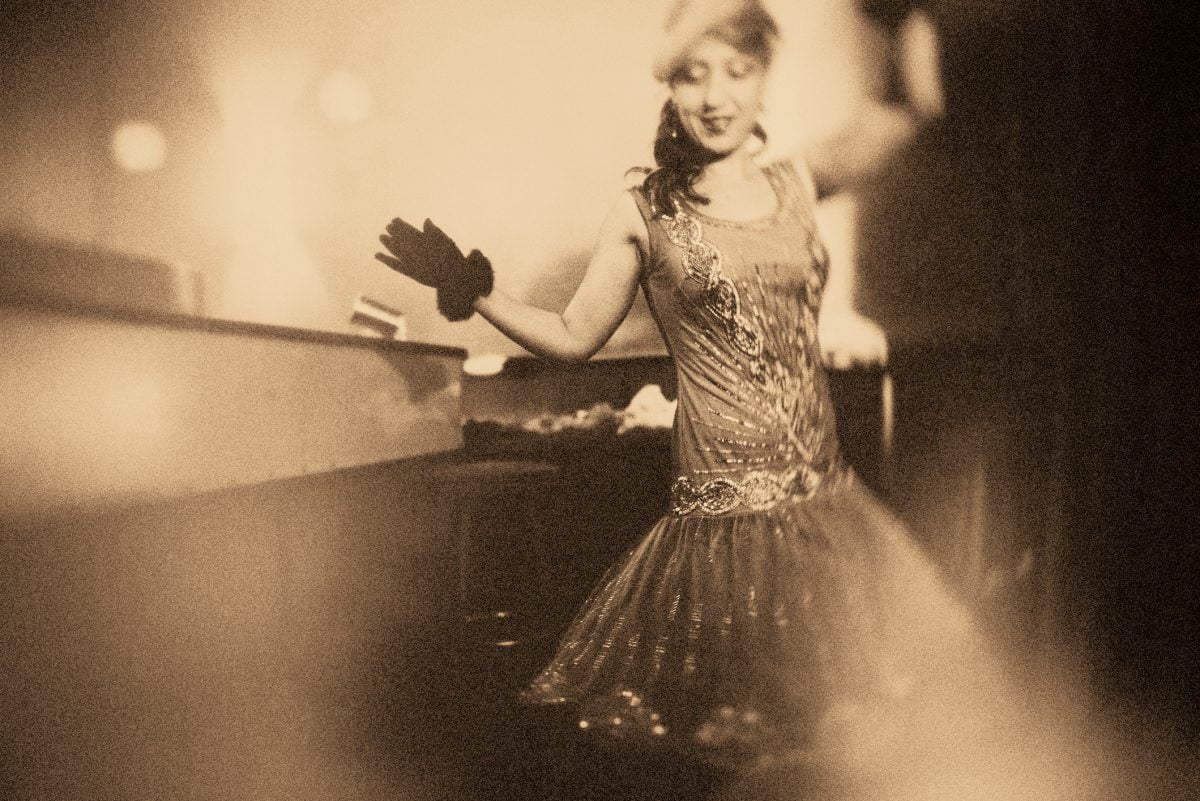 The Mary Jane style of women's shoe became very popular in the 1920s. Women often wore these feminine heels in black or brown during the day and changed into sparkly gold or silver versions in the evenings. Mary Janes were named after a New York newspaper funnies character in the early 1900s who set the trend for these desirable heels. They are also known as T-Bars, owing to the strap that travels from the toe, up to meet the ankle strap, in some varieties. 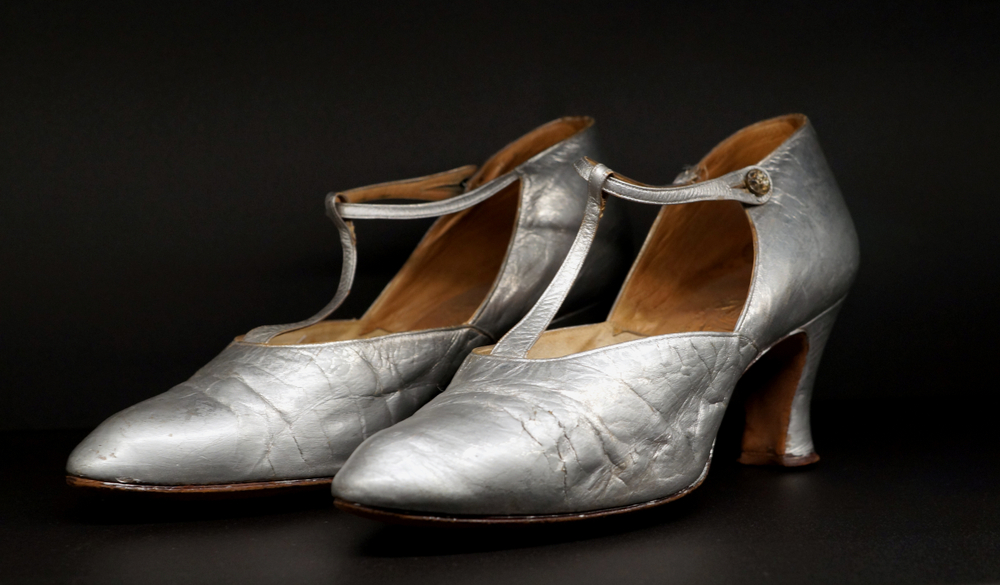 Extravagant beading was applied to women's apparel in the 1920s, in line with the high glamor and excess of the era. The iconic flapper dress was particularly striking when covered with hand-sewn, eye-catching beading. Beaded evening dresses were a sign of wealth, popular with the upper classes. The appliques added weight to drop-waist dresses, accentuating their straight lines. 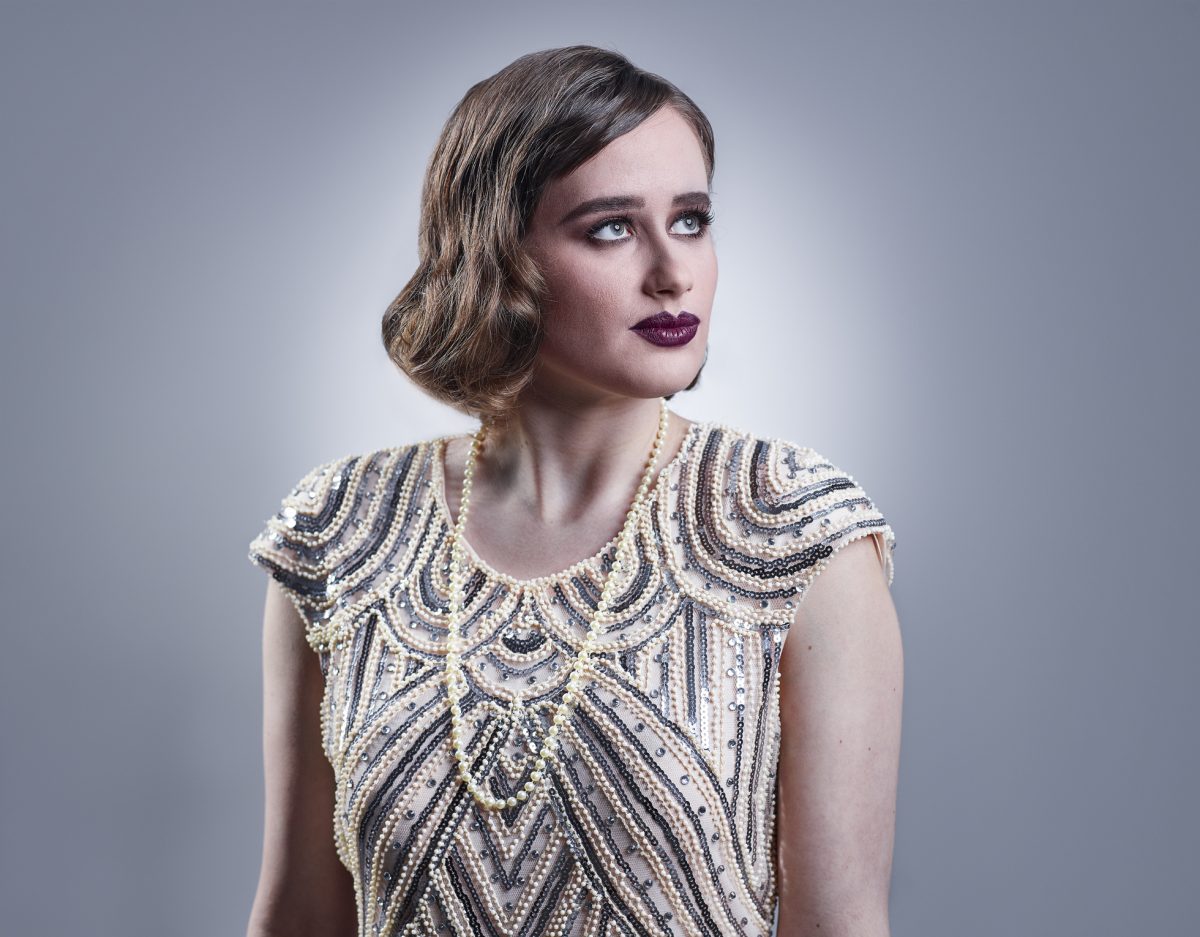 In contrast to the extravagant and highly embellished clothing popular in the 1920s, coats and outerwear remained simple. The cocoon coat had an oversized and rounded style, giving the impression of cocooning the woman inside its warmth. The shape was created by bringing the bulk of the coat to a narrow close at the bottom so the looser midsection would puff out. 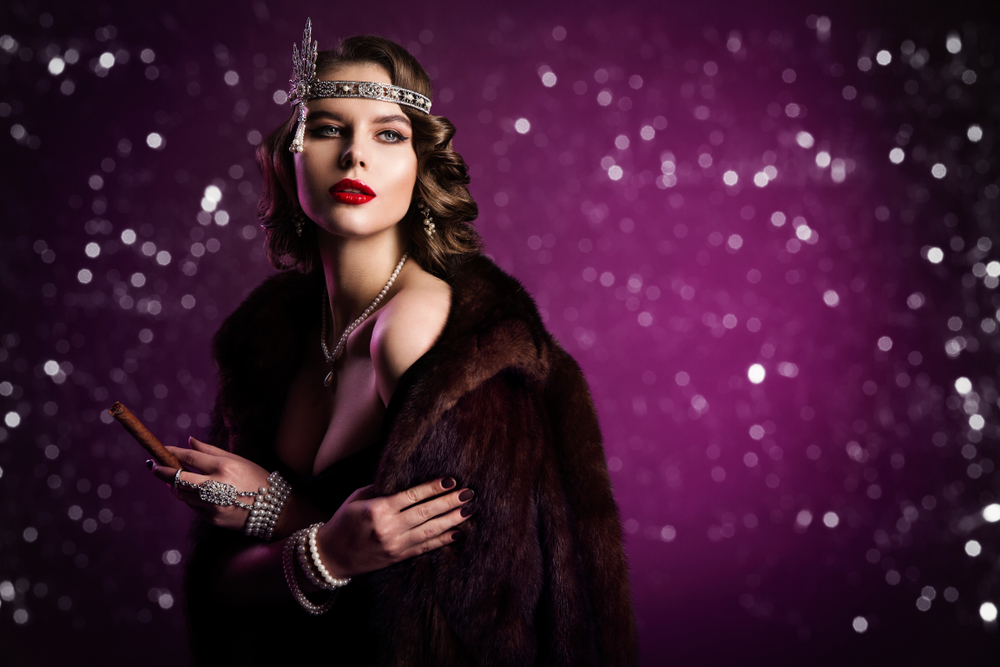 Fringe was another way the designers of this decade added interest to women's clothing. Dresses would often be covered in rows of long, thin tassels that created a dramatic effect with every movement. Dancers from this era were known for wholeheartedly adopting this style. Many women even added it to their headwear and accessories. 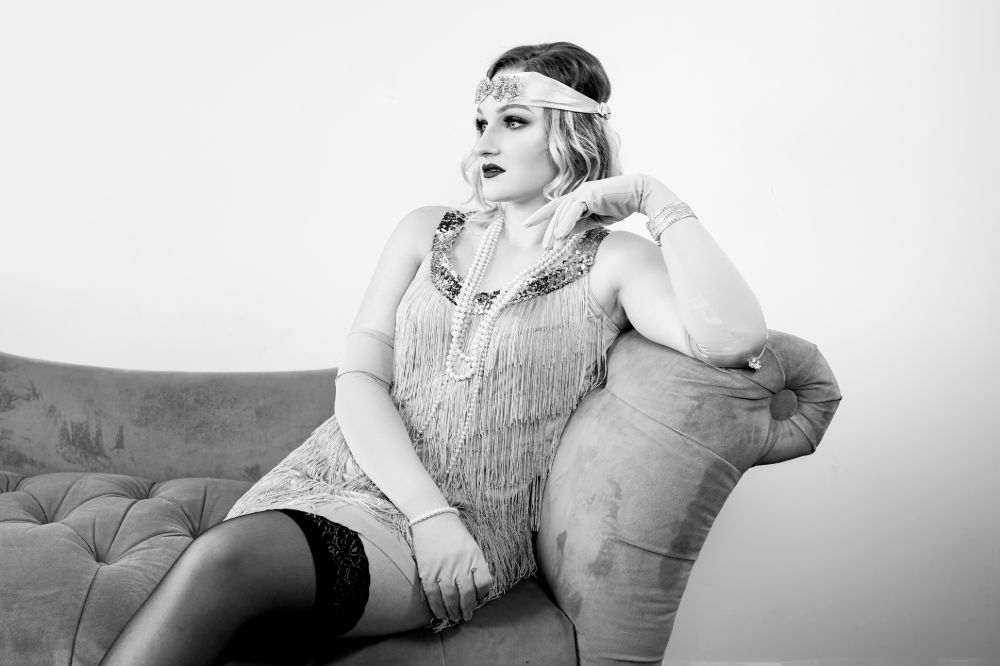 Headbands were worn over the hair during the 1920s. It was fashionable to affix feathers to the front or side, often beneath a jeweled broach, for added glamour. Lace, pearls, and beading also adorned many of the bands. The feathered headband paired with a flapper dress and Mary Janes is an undeniably 20s style. 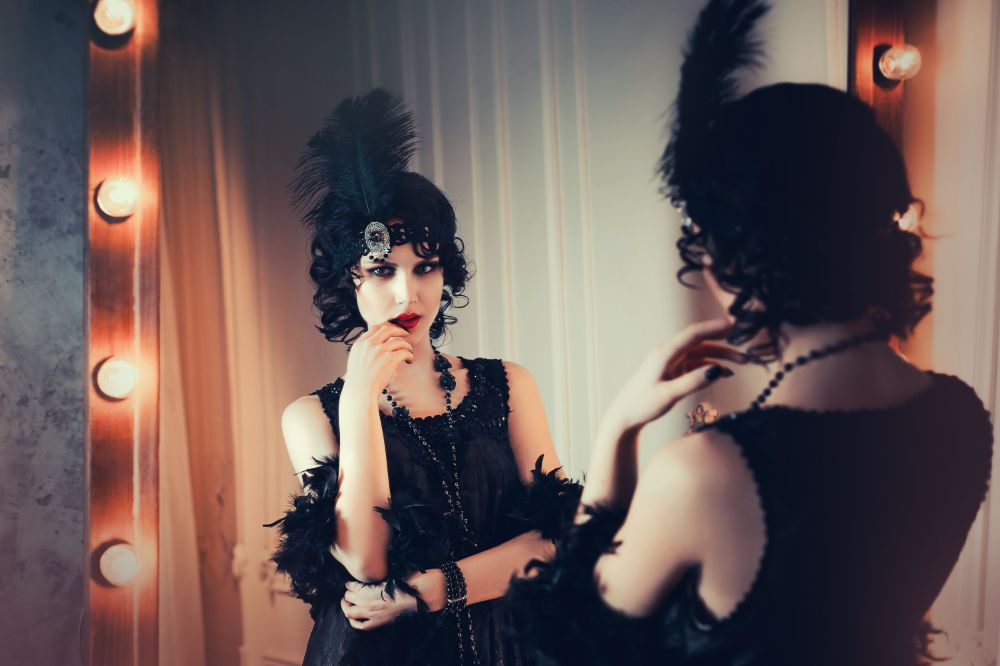 Drop earrings dangle from the ears, as the name suggests. Though they are making a comeback in the second decade of the 21st century, this style of earring found its footing in the 1920s. Women had a countless varieties to choose from, though oversized, eye-catching pieces were popular. These elegant earrings could often be seen hanging below the short bobbed hairstyle and finger waves that were common at the time. Combining many colors was acceptable in this Art Deco-inspired fashion choice. 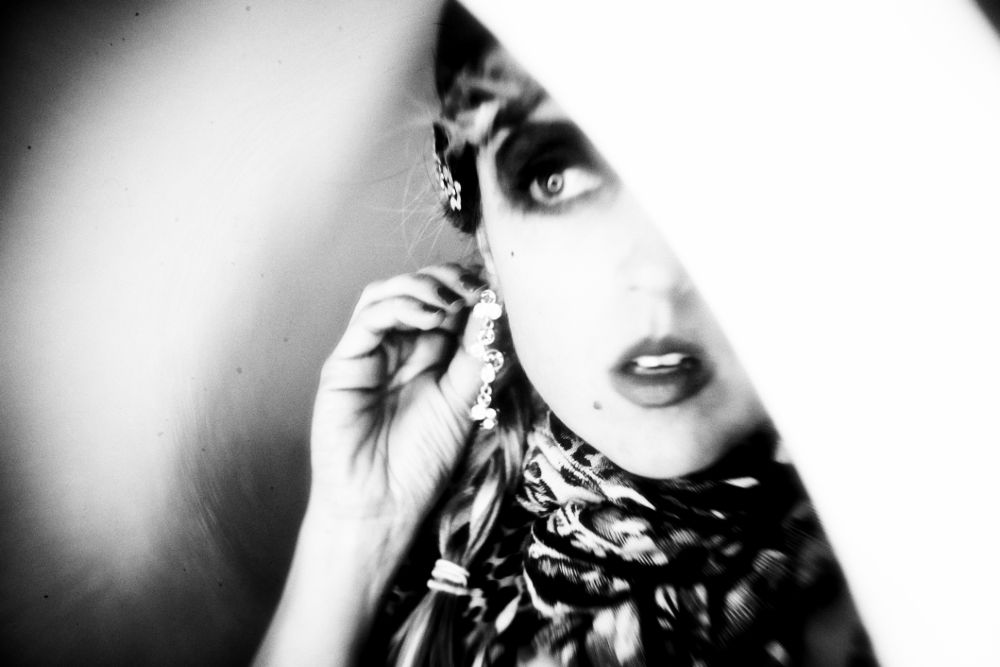 Even the purses were extravagant during the roaring 1920s. The beading common on dresses adorned small, elegant purses, as well. The beads were hand sewn onto the exterior of the purse in intricate designs and patterns. Some women made their own beaded purses using mail-order kits. Though not overly practical — too small to hold much more than lipstick and rouge — dainty clutches remain popular for outings even today. 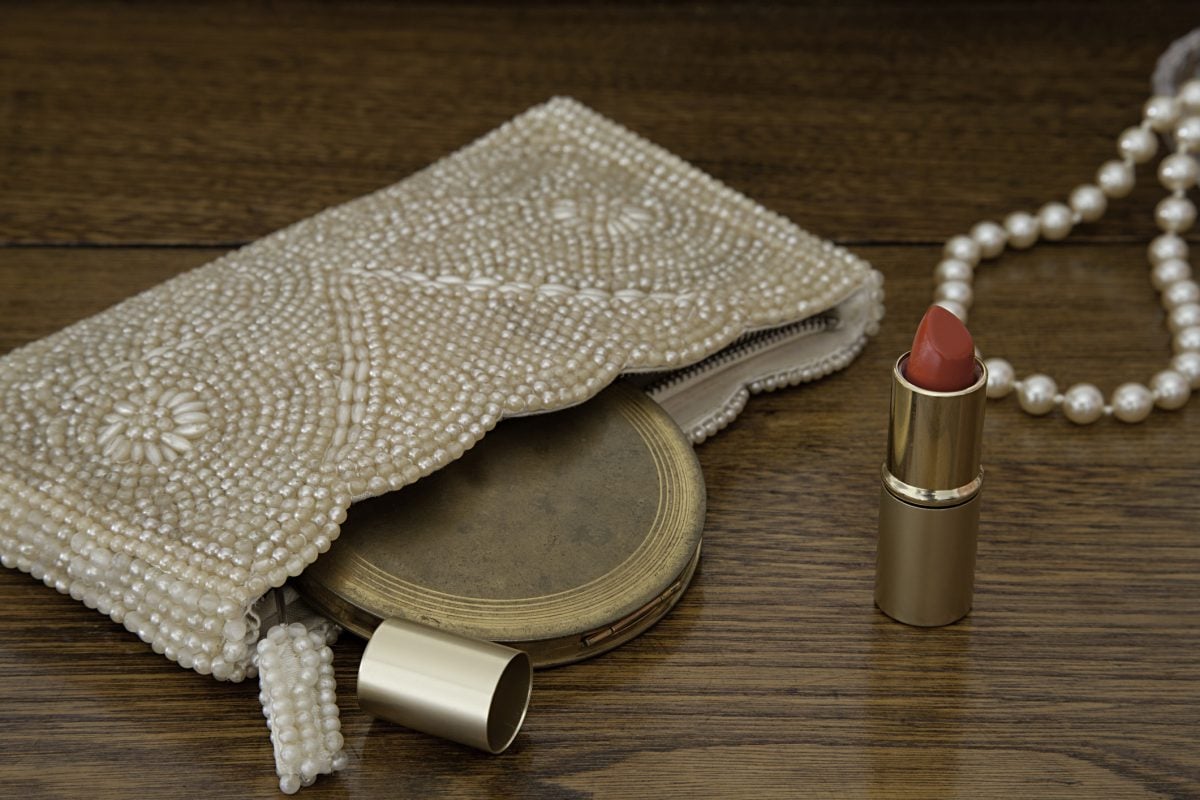 Cloche hats get their name from their similarity to the cloche plate cover used by caterers. The cloche hat became extremely popular in the 1920s, and it looked charming paired with the very short bobbed hairstyles a lot of women opted for. Coiffed styles would peep from below the rim of the hat, along with the large drop earrings so many ladies clamored to own. 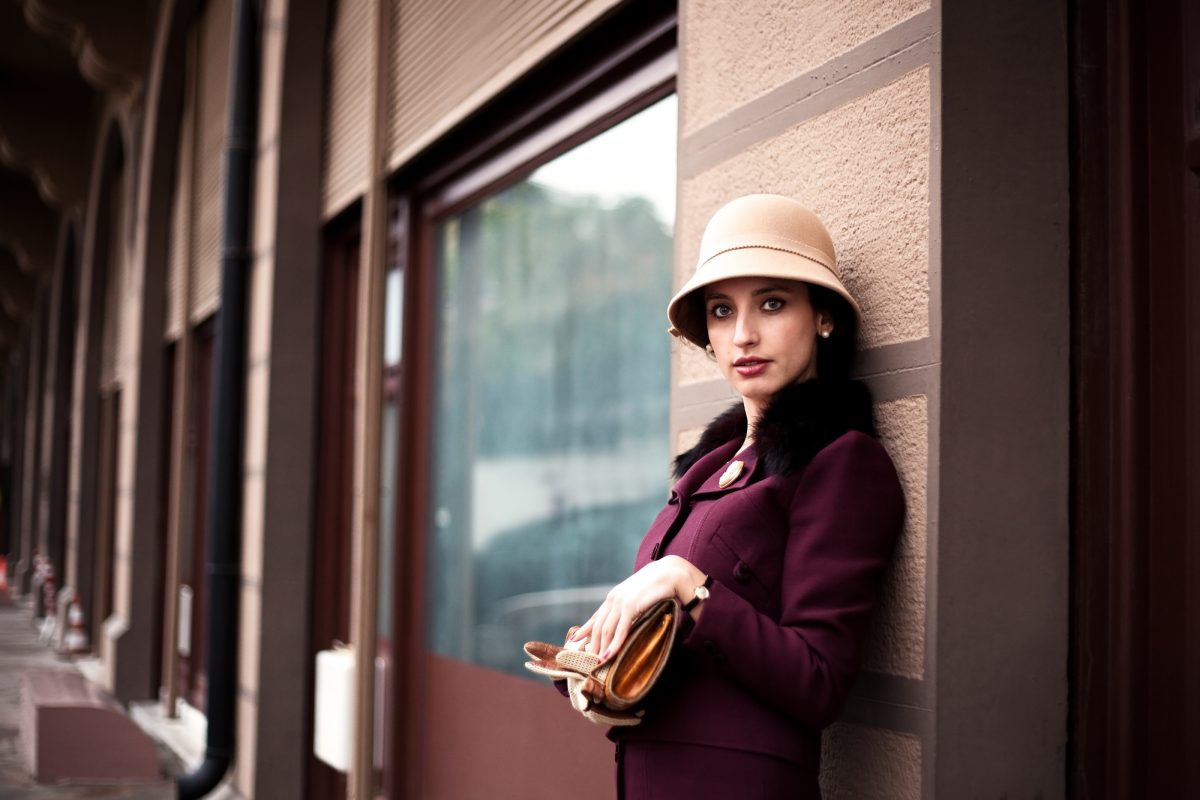 In the 1920s, women began layering strings of pearls around their necks in varying lengths. As the decade went on, the shorter pearl necklaces many women own today became more popular. This was also the era when fake pearls were popularized, making this once exorbitant style available to women of any social standing. Strings of pearls were sometimes wrapped around the wrists as bracelets, too. 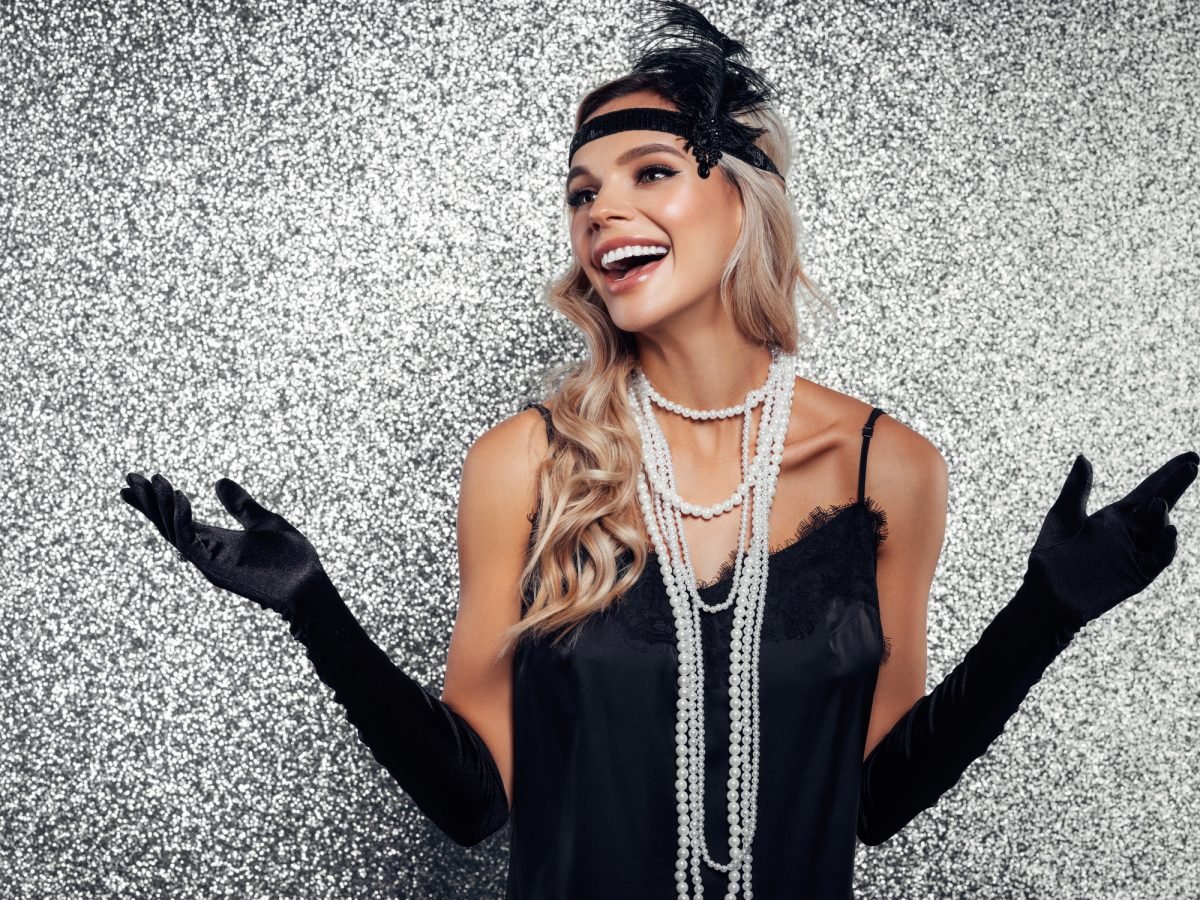