Pecan pie is a decadent dessert that makes a great impression. Although traditionally served on Thanksgiving, this tasty treat is perfect for any dinner party or event. You can’t go wrong with a traditional pecan pie recipe, but why stop there?

Bake at 325 degrees Fahrenheit for about 50 minutes or until set. Serve this pie with ice cream and extra pecans. 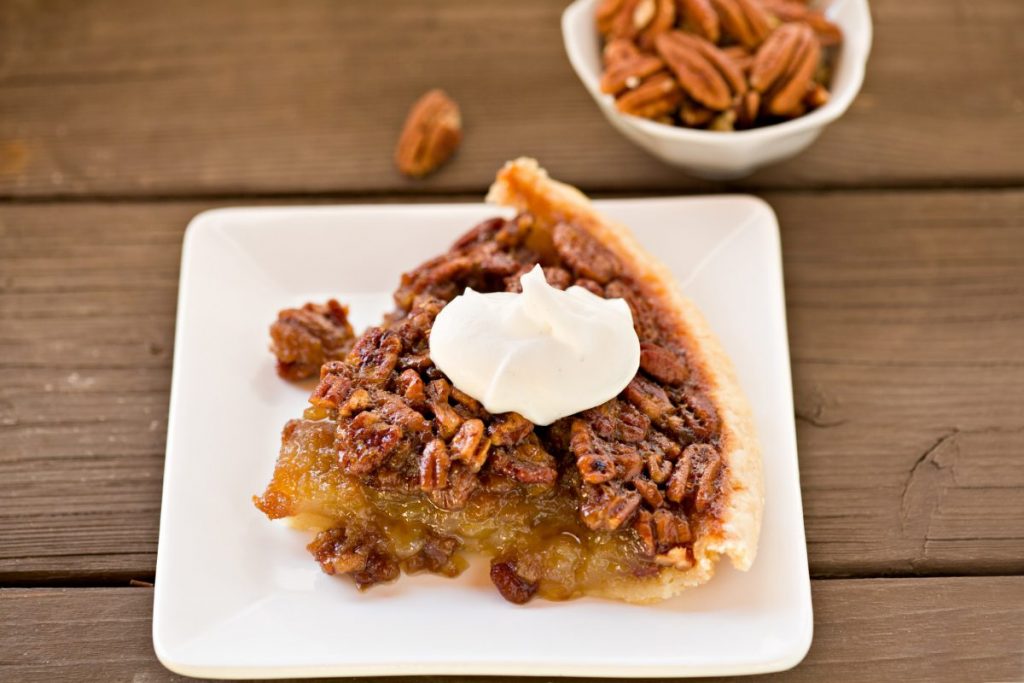 Who says you need an oven to create the perfect pie? This no-bake pecan pie is creamy, delicious, and decadent. 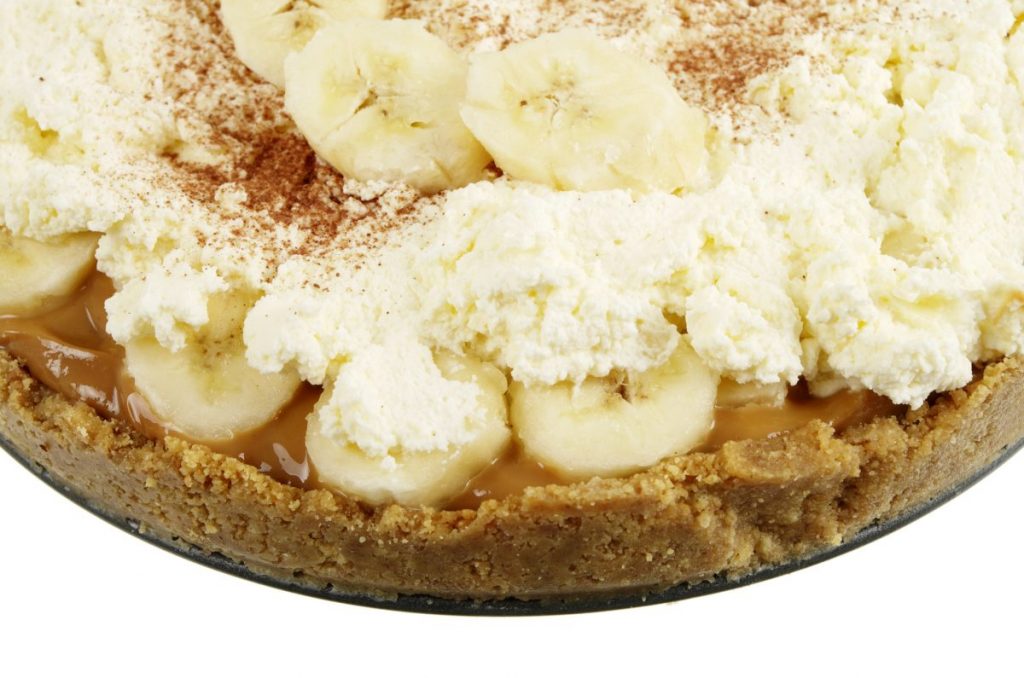 This is not only a chocolate version of pecan pie, but it’s also completely plant-based! For this healthier treat, make a caramel sauce by adding ½ cup brown sugar, ⅓ cup granulated sugar, and ¼ cup agave to a saucepan. Heat the sugars until it becomes syrupy and bubbles start to form. Add three tablespoons coconut oil and one cup semisweet chocolate chips until melted. Remove from the heat and prepare the filling by blending six ounces silken tofu, ¼ cup non-dairy milk, two tablespoons cornstarch, ½ teaspoon salt, and one teaspoon vanilla extract.

Add the tofu mixture to the caramel sauce and stir until well-combined. Fold in two cups of pecan halves and pour into a pre-made pie crust. Bake the pie at 350 degrees Fahrenheit for about 40 minutes. 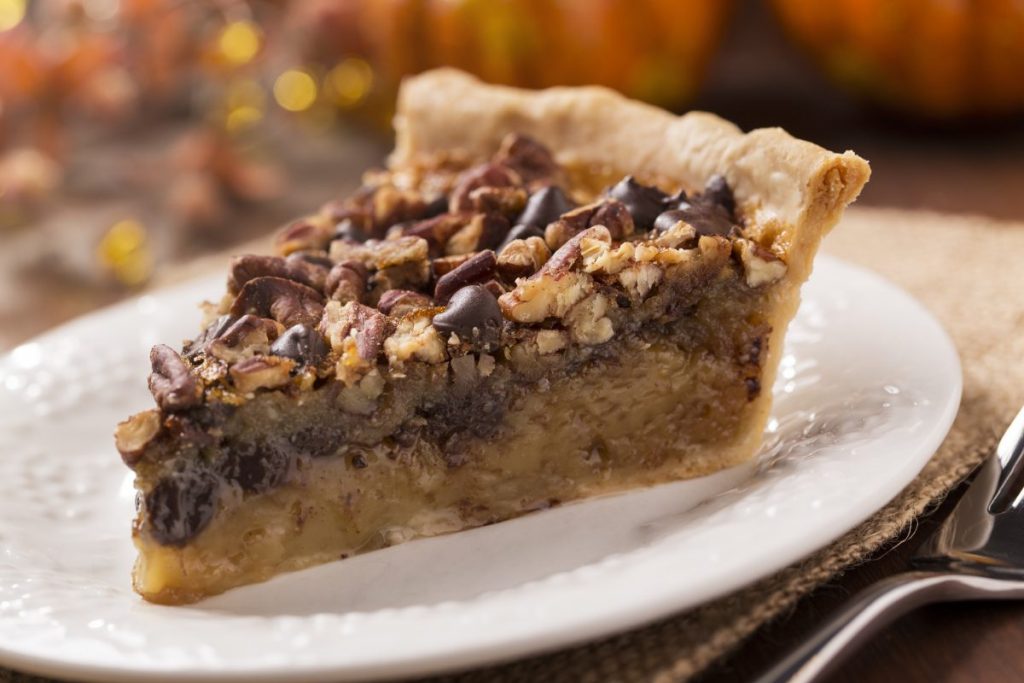 Although there are so many varieties to choose from, sometimes you just need a classic pecan pie recipe. This pie is as traditional as it gets and you won’t find a better way to end a holiday meal. To prepare a classic pecan pie, whisk together one cup granulated sugar, one cup light corn syrup, one teaspoon vanilla extract, one teaspoon salt, and ¼ teaspoon cinnamon in a medium-sized bowl. Add four eggs and whisk until combined and then whisk one stick of melted butter. Fold in two cups pecan halves and pour the mixture into a partially baked pie crust. Line the top of the pie with pecan halves and bake for 50 to 60 minutes at 350 degrees Fahrenheit. 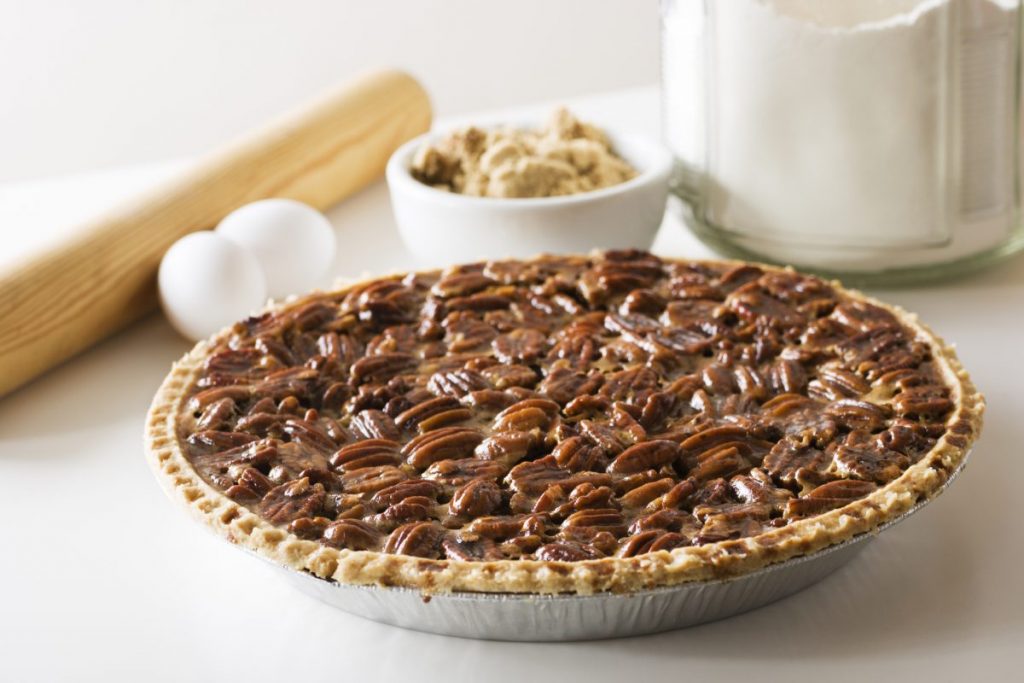 This recipe is perfect for when you are craving fluffy, moist muffins but want all the flavor of pecan pie. These muffins are perfect for breakfast, as a snack, or for dessert. To make these an extra special treat, top with a sweet cream cheese frosting.

In a glass bowl, mix together one cup packed brown sugar, ½ cup all-purpose flour, and one cup chopped pecans. In a separate bowl, beat together ⅔ cup softened butter, ½ teaspoon vanilla extract, and two large eggs. Mix the wet ingredients into the flour mixture until just combined. Spoon the batter into greased muffin tins and bake at 350 degrees Fahrenheit for 20 to 25 minutes. 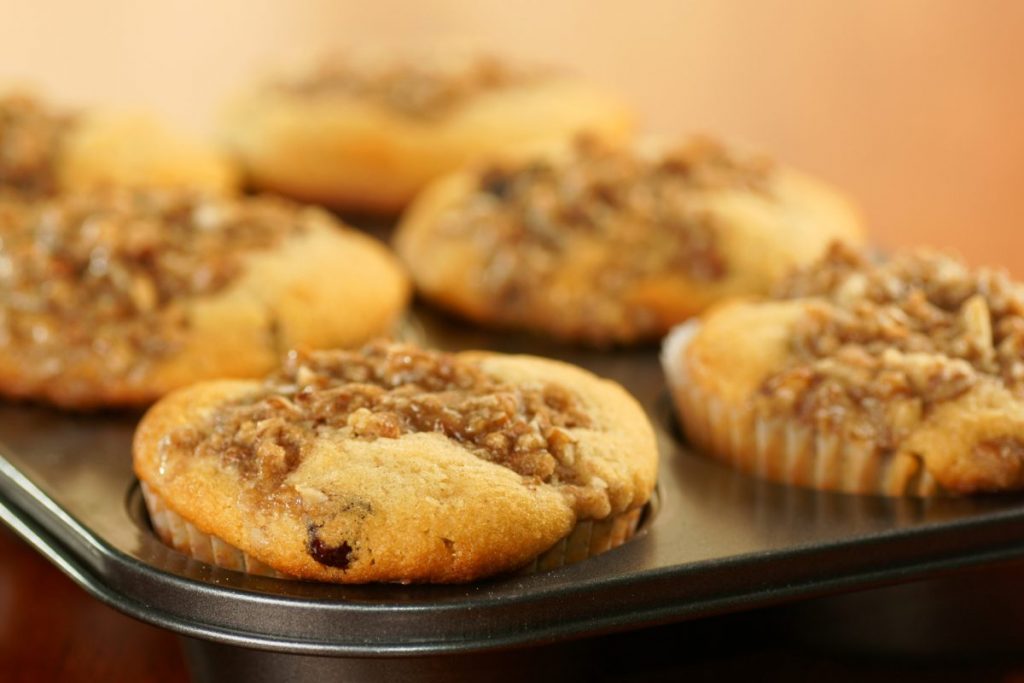 Two quintessential holiday desserts combine to make one unbelievable pie. Serve this up at Thanksgiving, so your guests don’t have to choose which dessert to have! Make the sweet potato filling by combining sweet potato puree, brown sugar, maple syrup, coconut milk, cornstarch, cinnamon, and sea salt. Pour the mixture into a store-bought pie crust.

Top the sweet potato filling with your favorite pecan pie filling recipe. Bake together for 30 minutes at 350 degrees Fahrenheit and let the pie chill overnight before serving. 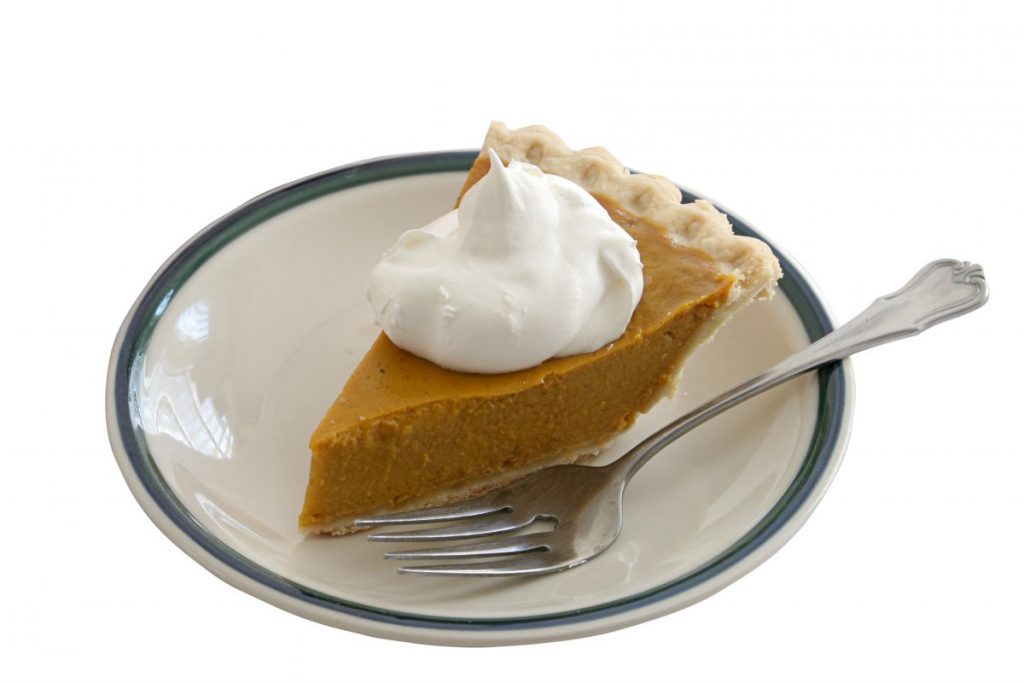 Can’t choose between pie and cheesecake? Have both with this tasty pecan pie cheesecake! Start this recipe by making a traditional no-bake cheesecake crust. Combine ground graham crackers, ground pecans, sugar, a pinch of salt, and melted butter. Press the crust into a greased pie pan. Make the cheesecake filling but mixing together cream cheese, sugar, vanilla extract, three large eggs, and a pinch of salt. Pour the cheesecake mixture over the crust and bake at 350 degrees Fahrenheit for 30 minutes. For the pecan topping, mix together sugar, vanilla extract, eggs, corn syrup, heavy cream, and chopped pecans. Pour this mixture over the partially cooked cheesecake and bake for another 45 minutes. Chill completely before serving. 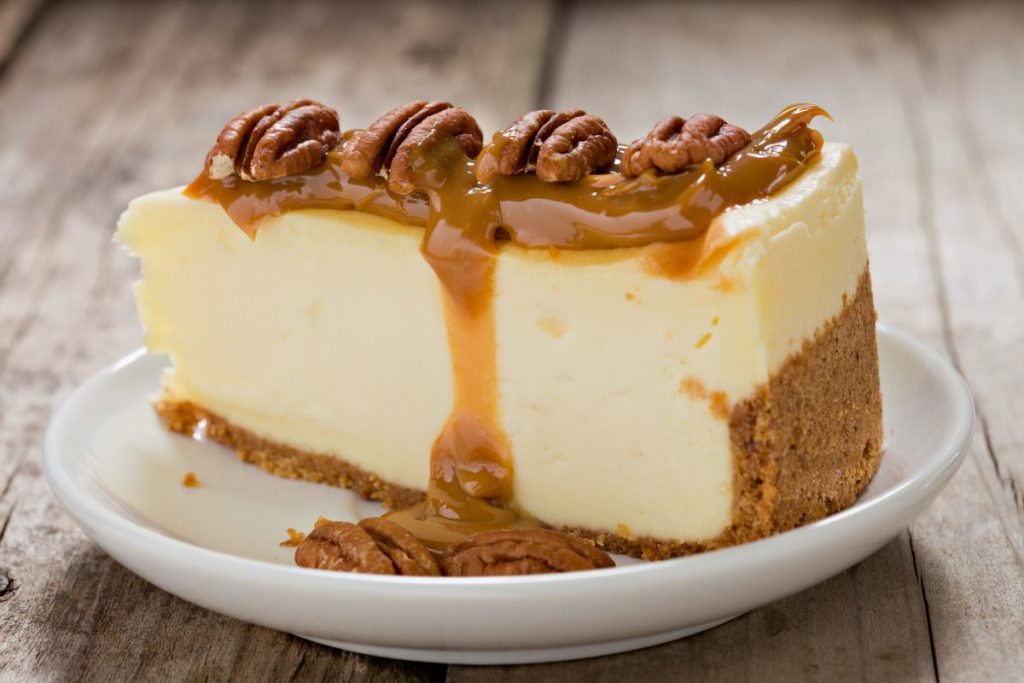 Pecan pie blondies are chewy, sweet, and easy to make. This recipe makes the perfect treat for fall that you can enjoy before, after, and during the holidays! Start by making a classic blondie by combining one cup of brown sugar with ½ cup melted butter. Mix in one large egg, one teaspoon vanilla extract, and ¼ teaspoon salt. Slowly mix in one cup all-purpose flour until combined. Pour the batter into a greased brownie pan and set aside. 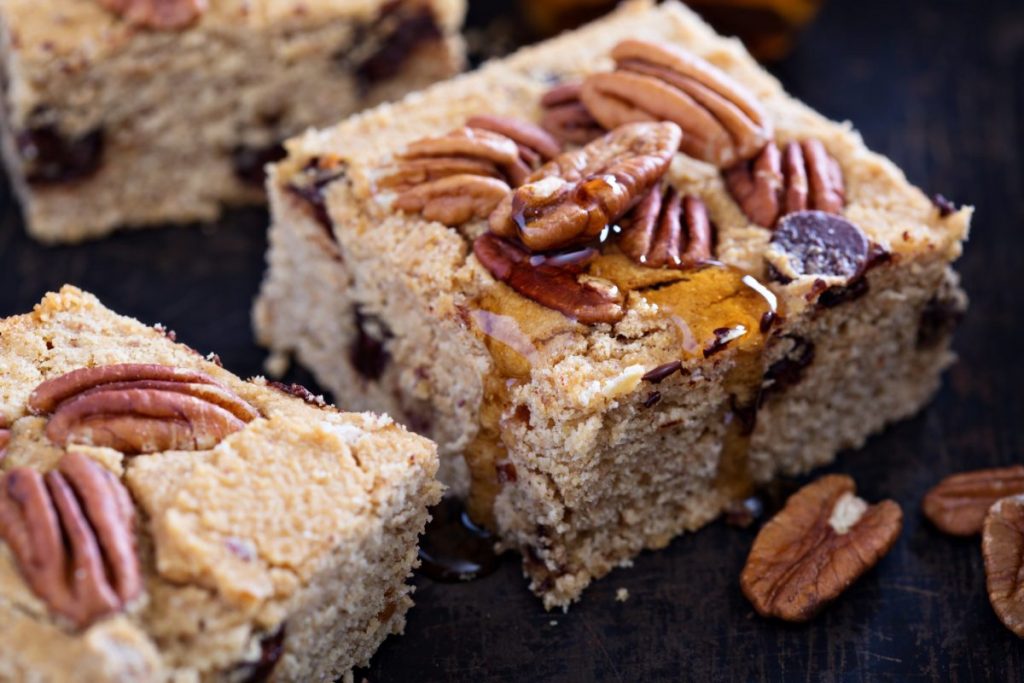 This pie recipe uses maple syrup in place of corn syrup and combines a variety of nuts in the filling. To make this pie, start by toasting four cups of mixed chopped nuts in the oven for about five to seven minutes. Make the pie filling by whisking together one large egg, two teaspoons vanilla extract, and ¼ cup heavy cream. In a saucepan bring ½ cup packed brown sugar, ½ cup maple syrup, and ½ cup salted butter to a light boil. Once small bubbles start to form, stir in the four cups of toasted nuts and quickly stir in the egg and cream mixture. Once well-combined, pour the mixture into a store-bought pie crust. Bake for 25 to 30 minutes and let the pie cool for at least one hour before serving. 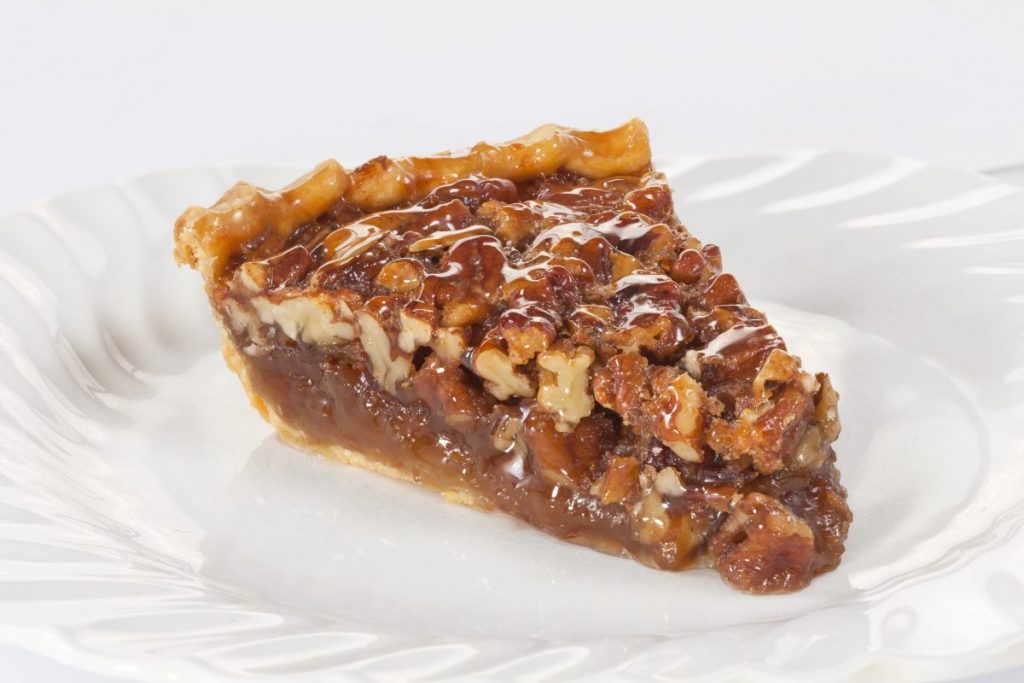 Crunchy, salty pretzels are what make this pecan pie truly stand out. Serve with vanilla ice cream and a warm caramel sauce to make the perfect Thanksgiving dessert.

To make this pie, start by preparing your favorite pie crust. Fit the pie crust into a nine-inch pie pan and refrigerate until the filling is ready. For the filling, combine two eggs, one cup corn syrup, two tablespoons melted butter, one teaspoon vanilla extract, ½ cup packed brown sugar, ½ teaspoon cinnamon, and ¼ teaspoon salt in a large mixing bowl. Once well-combined, stir in two cups pecan halves and ¾ cup mini pretzels. Pour the mixture into the pie crust and bake for 30 minutes at 350 degrees Fahrenheit. Cover the pie with foil and bake for another 20 minutes. 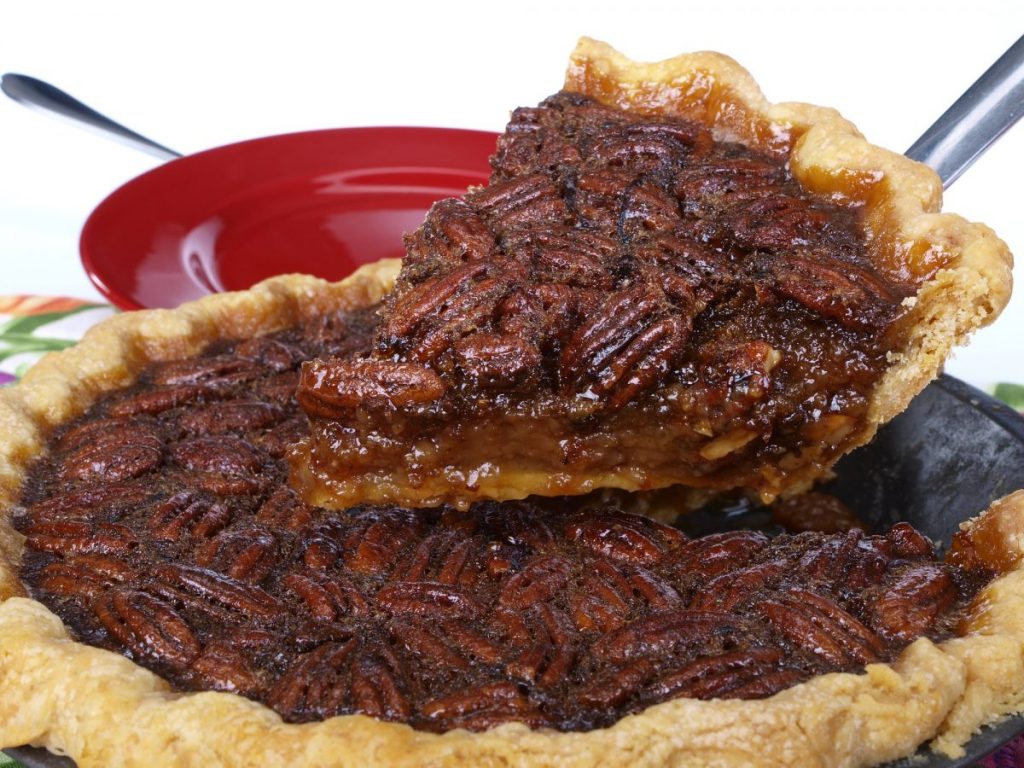