Gravy goes well with roasted meats and vegetables, which is why many people consider it an essential part of Thanksgiving dinner. There are many regional variations of gravy throughout the United States that rose due to times of food scarcity. Because gravy consists of any type of thickener and liquid, it lends itself to any available ingredient that can improve the taste and texture of other foods.

Broth is a common gravy ingredient, so you might want to make your own before getting started on the gravy. Preheat the oven to 450°F. Spread the turkey wings and neck on a metal rack inside a large roasting pan and coat them with vegetable oil. Roast for approximately 1 hour. After that, toss the diced vegetables with the turkey and add 1 tablespoon of vegetable oil. Roast the vegetables and turkey together for 30 minutes, then transfer everything to a large pot and add the giblets plus a gallon of water. Bring the mixture to a boil, then reduce heat and simmer for 3 hours. Strain the mixture into another pot and boil that for another 30 minutes. 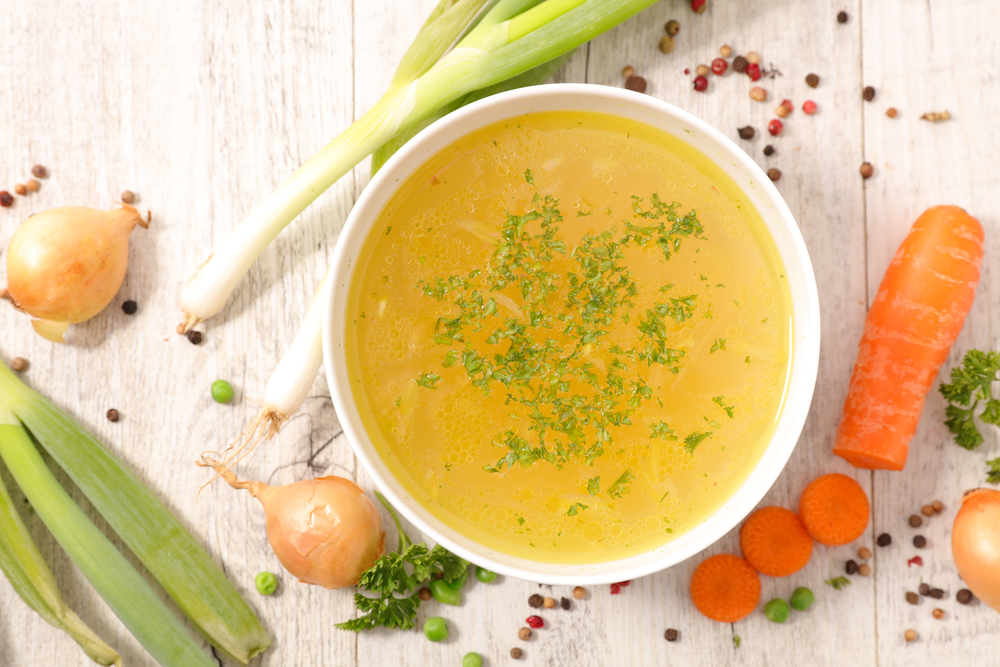 Pour turkey drippings into a small bowl and skim fat from the surface. Put 1/4-cup fat off to the side. Place the roasting pan over two burners at medium heat. Add the 1/4-cup of fat to the roaster, and whisk flour into the fat. Cook the mixture for 5 minutes. Add wine and cook for 2 more minutes, then add the thyme and drippings. Bring the stock to a simmer in a small saucepan. Slowly add the stock to the fat mixture in the roasting pan and simmer for approximately 10 minutes. Strain the mixture through a fine-mesh sieve into a medium saucepan, then stir in the vinegar, salt, and pepper. 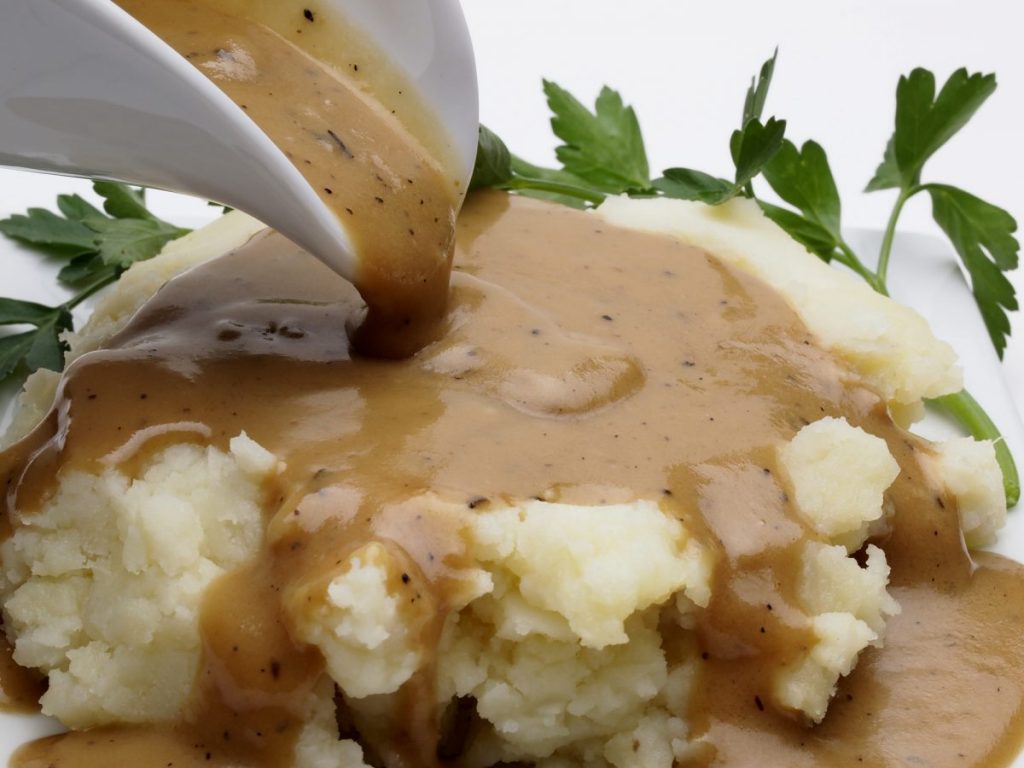 Melt 1/2 cup chicken fat in a skillet. Stir flour into the melted fat, then scrape the mixture into a bowl. Heat 2 tablespoons of chicken fat in a saucepan over medium heat. Add the onion, leek, celery, and garlic. Cook the mixture for 10-12 minutes until it's caramelized. Add salt, pepper, and hard cider to the saucepan. Cook until the liquid is reduced by half, then add broth and simmer for 30 minutes. Strain the liquid through a fine-mesh sieve into a bowl. Pour the strained liquid back into the saucepan, and bring it to a boil. Whisk the skillet mixture into the saucepan. Simmer for 5 minutes to reach a creamy consistency. 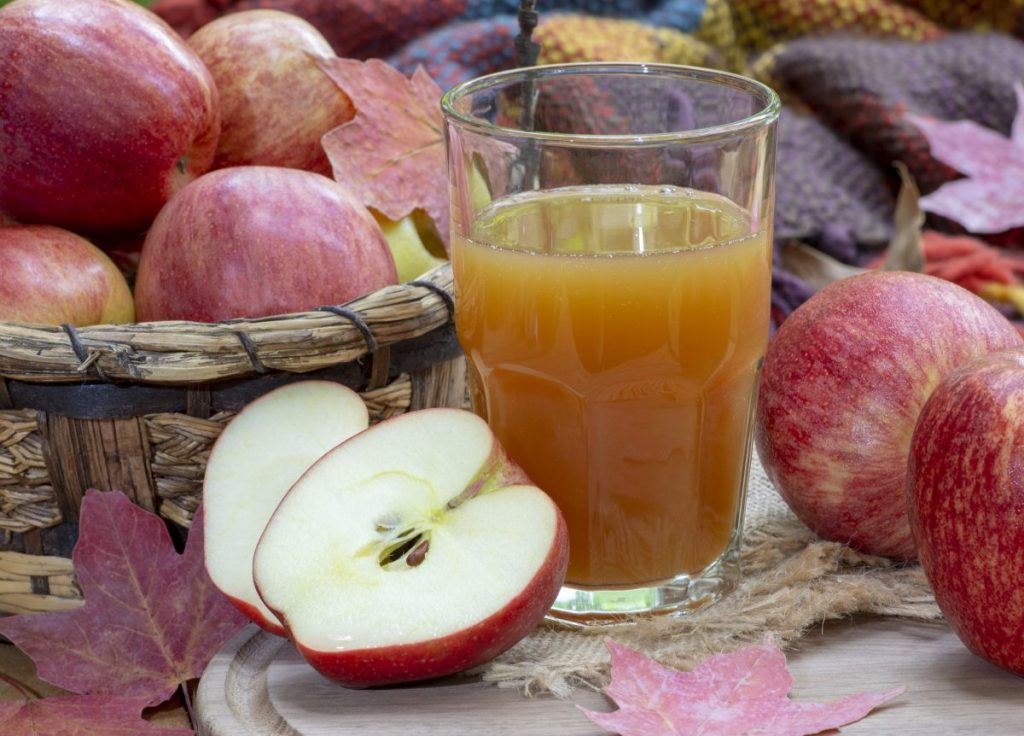 Pour 2 cups of boiling water over the porcini in a bowl. Let the porcini soften, then drain the water into another bowl. Chop the porcini. Melt butter in a skillet with shallot and garlic. Add fresh mushrooms, thyme, and sage to the skillet and saute for 7 to 8 minutes. Add vermouth, 3 cups of stock, fresh mushrooms, porcini, and porcini liquid to the skillet. Boil for 10 minutes. Mix 1/4-cup stock and cornstarch in a bowl. Whisk crème fraîche, salt, pepper, and the cornstarch mixture into the skillet to simmer for 5 minutes. 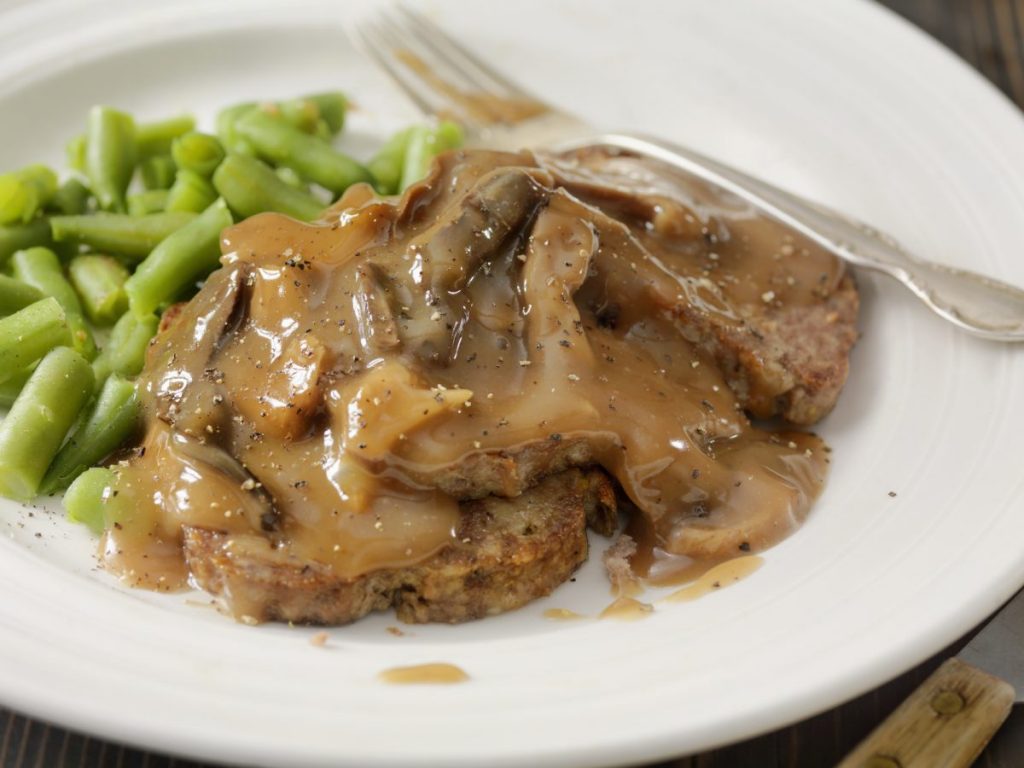 Mix the drippings, cornstarch, salt, and pepper in a small saucepan. Slowly whisk in the broth and milk. Bring the mixture to a boil while stirring constantly. Let the mixture boil for 2 minutes. 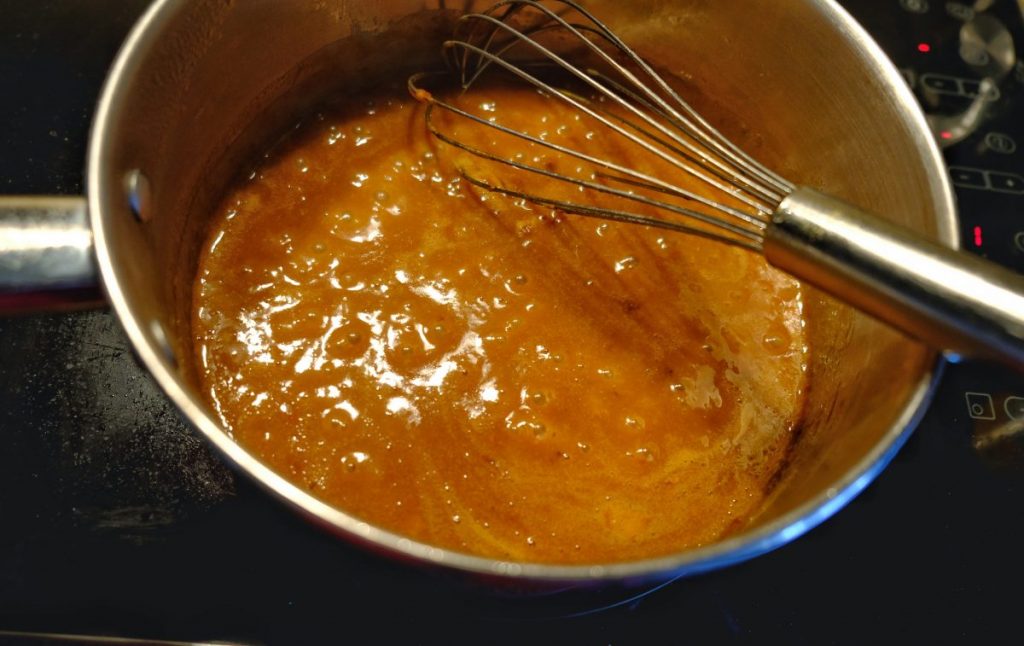 Heat vegetable oil in a medium-sized saucepan on medium heat. Add onion and garlic to saute for 5 minutes. Mix the flour, yeast, and soy sauce into a paste in a small bowl. Slowly add broth to the saucepan and whisk the paste. Bring the mixture to a boil, then reduce heat and simmer for 10 minutes. 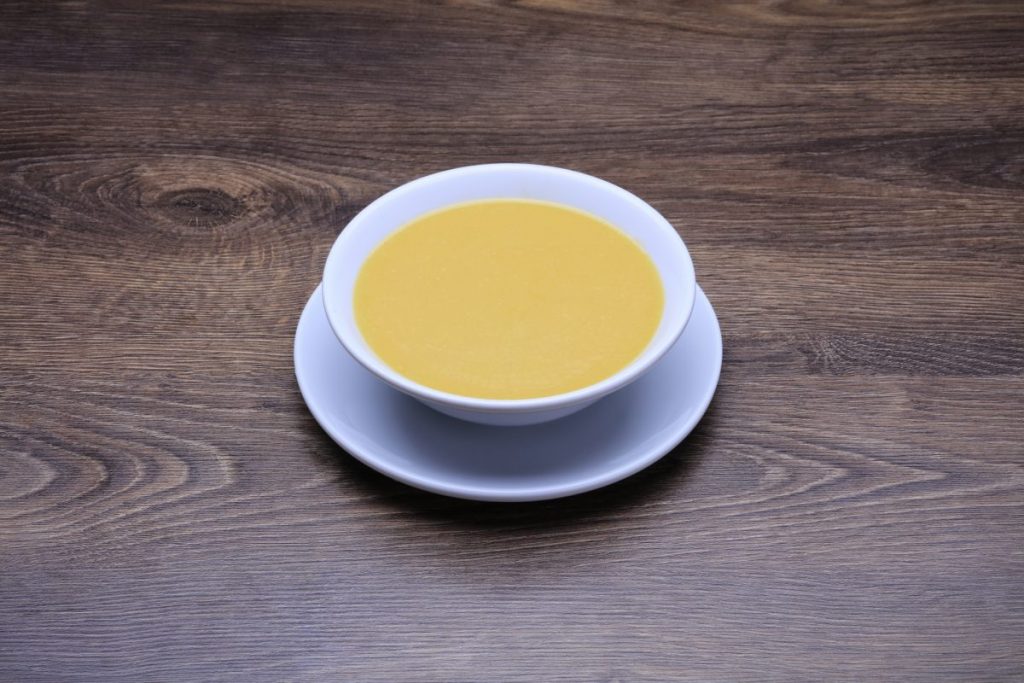 Season turkey breast with salt and pepper. Melt the fat in a pressure cooker on medium heat until the turkey is brown, then remove the meat. Leave the fat in the pot. Add onion, carrot, celery, garlic, and sage, then cook for 5 minutes. Add wine and broth and put the turkey breast back in the pot with the juices. Cook for 40 minutes on high pressure. Remove the lid and put the turkey on a plate. Pour the liquid and vegetables into a blender and puree until smooth. Pour the liquid back into the pot, and cook until the mixture thickens. 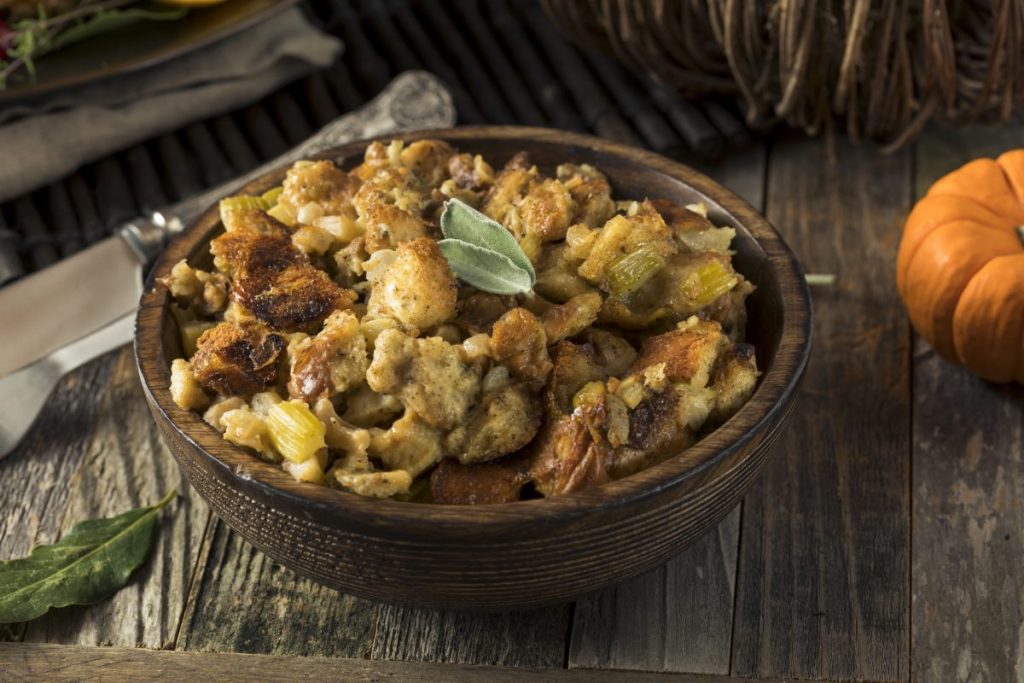 Put the chopped tomatoes and chicken broth in a saucepan. Bring the broth to a boil then reduce heat to a simmer. Put the drippings in a medium-sized saucepan to cook over low heat. Whisk flour into the drippings and remove the pan from heat. Slowly stir the tomato and broth mixture in before returning the pan to the burner, then stir in the cream. Whisk the tomato paste, salt, and pepper into the saucepan. Cook until the mixture is bubbling. 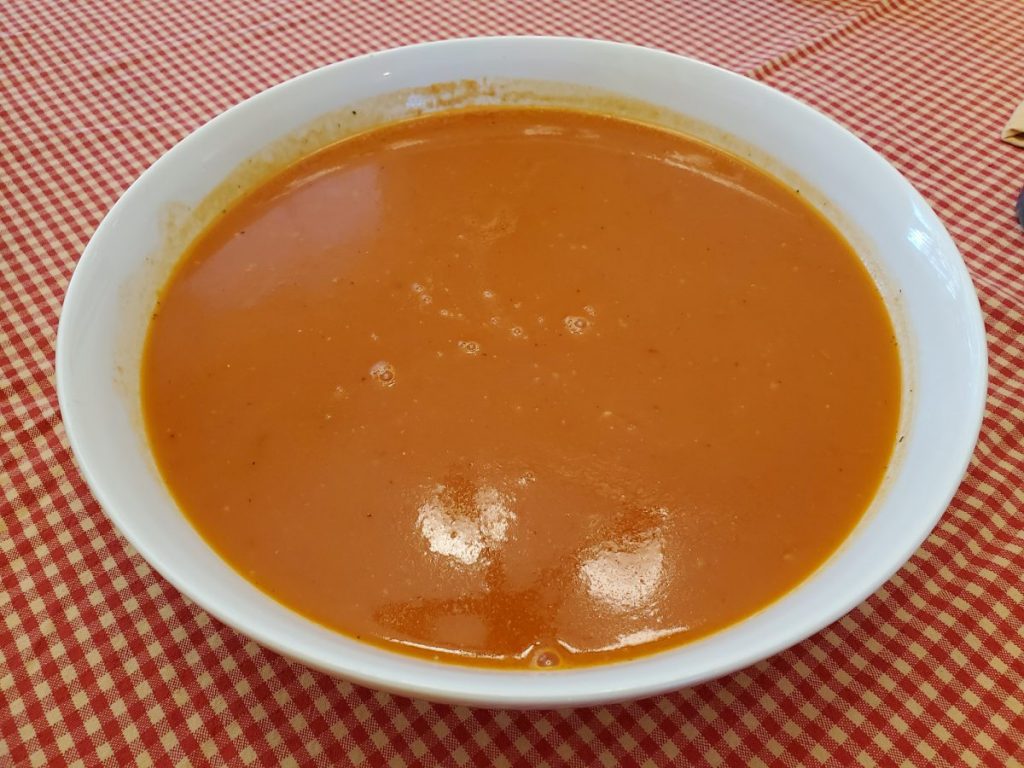 Preheat the oven to 400˚F. Add all ingredients except flour, ground ginger, boiling water, lemongrass, and lime leaves to a large casserole dish. Drizzle oil over everything and toss the ingredients to coat them. Bake for 1 and 1/2 hours. Remove the plate from the oven and place it over a stove burner at low heat. Remove the turkey pieces. Mix in flour and ground ginger, then cook for 15 minutes. Add boiling water, lemongrass, and lime leaves. Let the mixture simmer for 30 minutes. 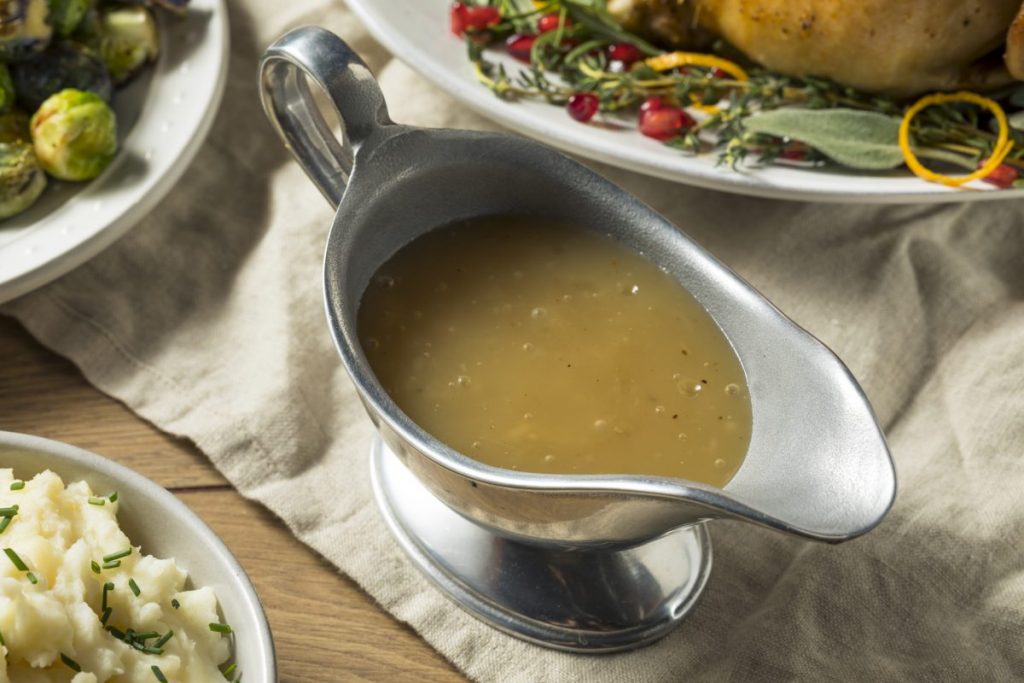 Saute vegan butter and onion in a medium saucepan for approximately 10 minutes. Slowly whisk flour into the pan until it forms a thick paste. Stir the broth and soy sauce into the saucepan, then add Worcestershire sauce and poultry seasoning. Stir the mixture until it is smooth. Let it simmer over low heat for 15 minutes. 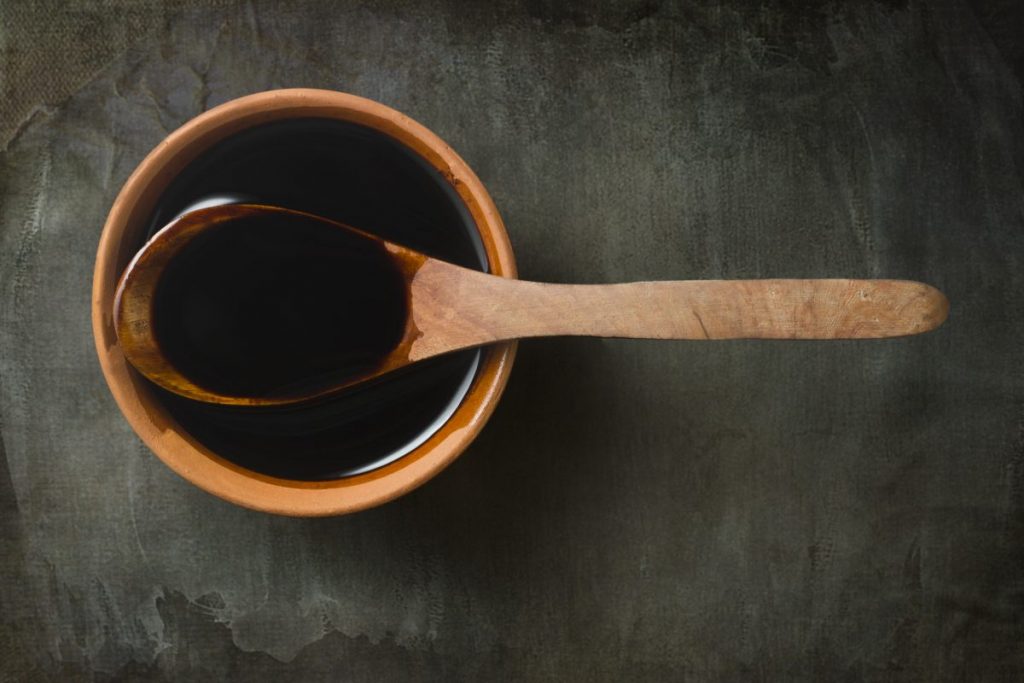