How to Use Chopsticks

There is some debate about exactly when chopsticks were invented. Some say it was over 2000 years ago during China's Han Dynasty. Some say it's even more than double that, beginning over 4000 years ago during the Shan Dynasty. Regardless of exactly when they were invented, chopsticks have been the most common utensil in East Asia for thousands of years. Though they can be used differently country to country, they are almost always used to prepare food as well as eat it. Although the invention is credited to China, it was Japan that first produced disposable chopsticks back in the 19th Century. You can use chopsticks in a variety of ways; we'll show you the basics of holding and eating with chopsticks.

What Kind of Chopstick is the Best for Beginners?

Chopsticks can be made from any type of material. They can also come in all shapes and sizes. For example, Korean chopsticks tend to be flat and metal, making them difficult for beginners to use. Ideally, you should start with bamboo or wood chopsticks. Even plastic chopsticks can be a bit tricky as they tend to be quite slippery. 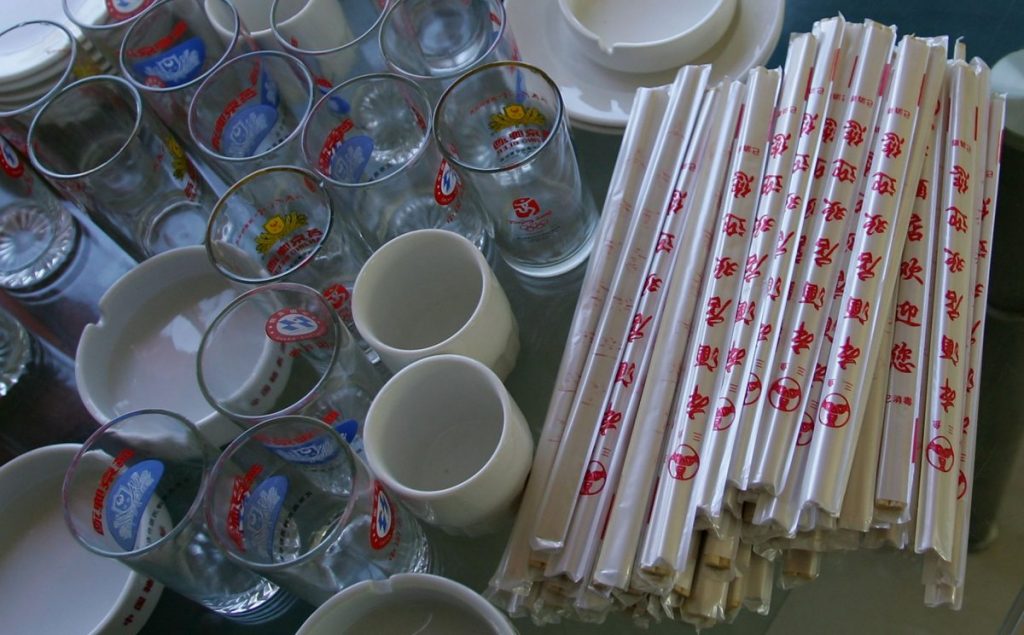 Use your Dominant Hand

First, begin by determining your dominant hand. This is the hand that you write with. It is important to use your dominant hand to hold chopsticks because it requires plenty of fine motor skills. Ideally, the chopsticks will sit in the valley between your thumb and forefinger. 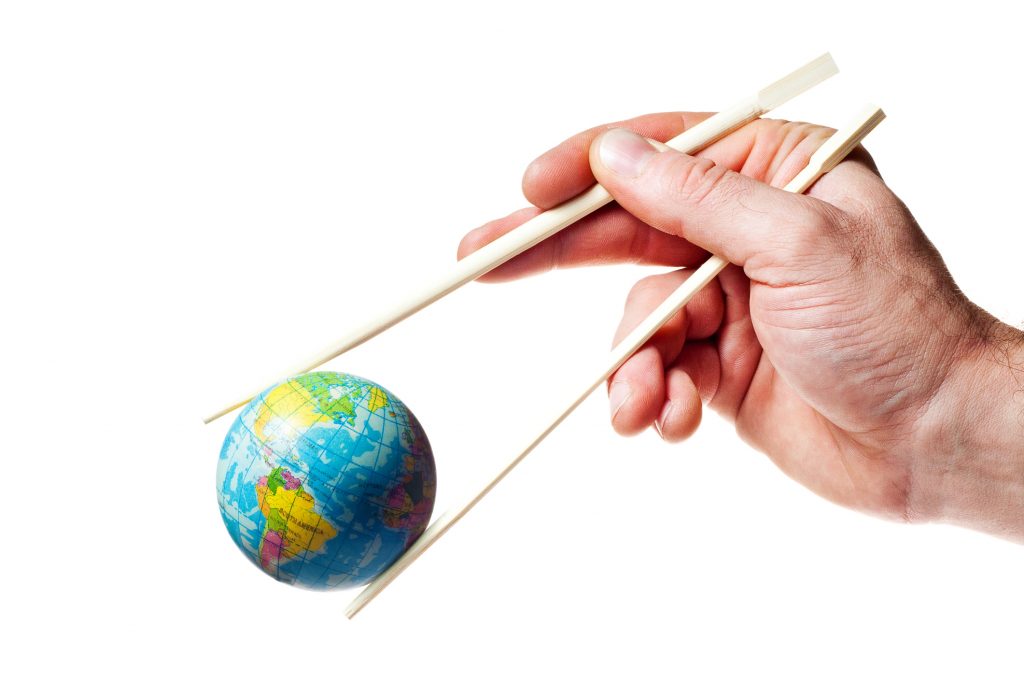 Now onto the second chopstick. As tempting as it is to stick to eating with just one, it takes two sticks to make this work. The second stick will join the first in the valley between your thumb and forefinger, but this one should rest on your middle finger for balance. Use your thumb, pointer and middle fingers to apply more pressure than you did with the first. 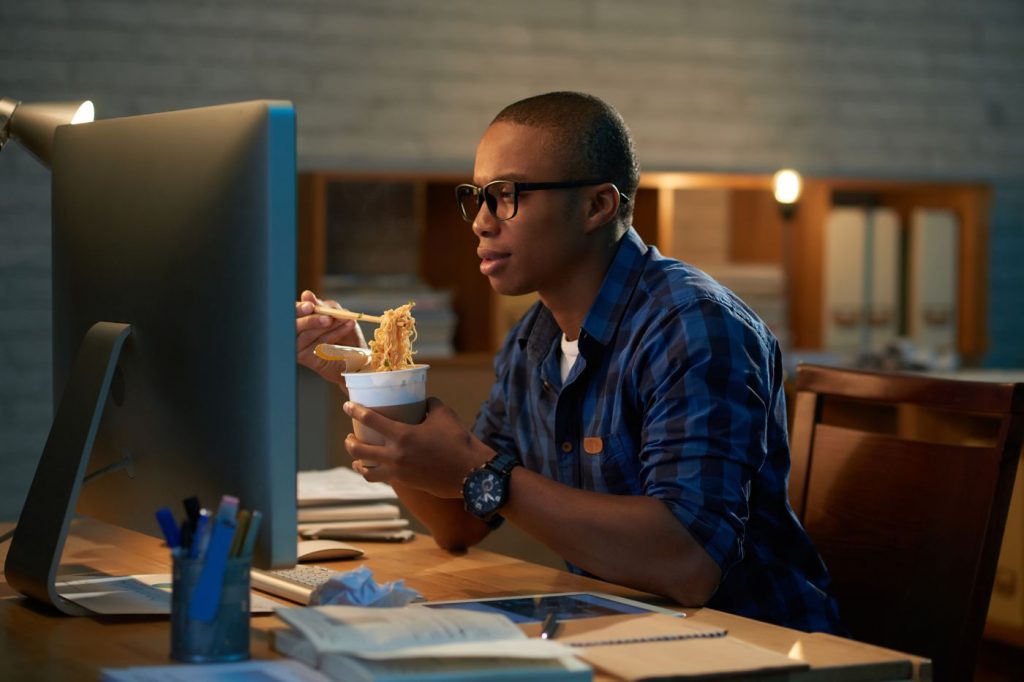 Now onto the trickiest part of all: moving the chopsticks. The first chopstick you placed should remain stationary as you eat. The pinching motion is caused by the middle and forefinger on either side of the "second" chopstick. Although this explanation makes it sound overly simple, this is the part where most people give up. 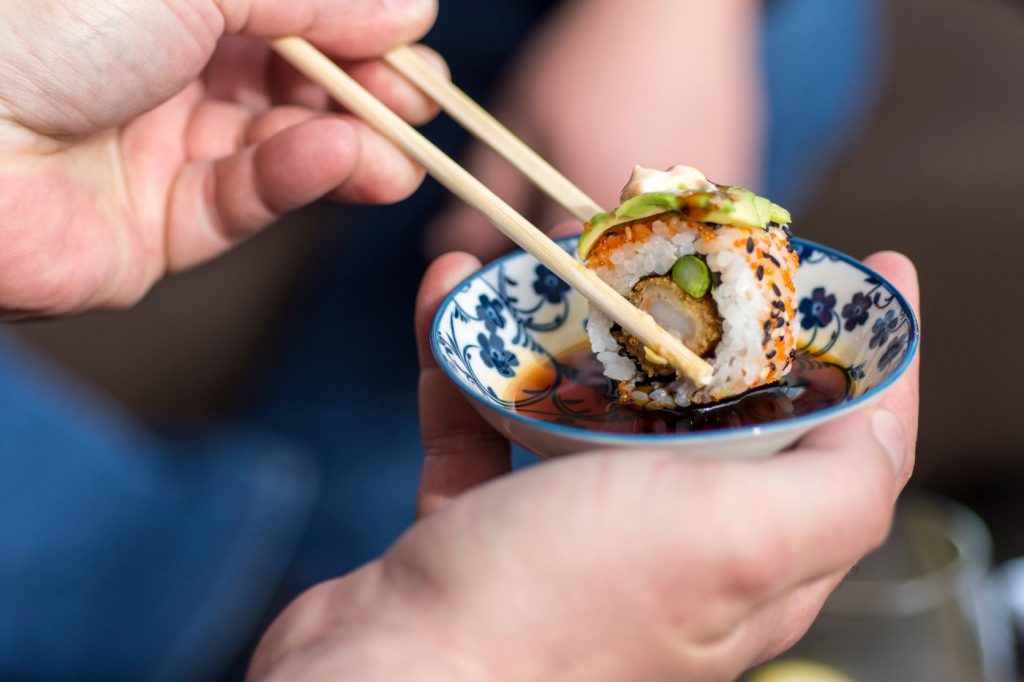 The basic steps are simple, but you'll need practice to become an expert. The best way to practice is to commit yourself to a chopsticks Bootcamp. What this means is: eat with nothing but chopsticks for a week. Anything from salad to fresh grapes can be picked up with chopsticks. The trickier the food, the better you'll become! 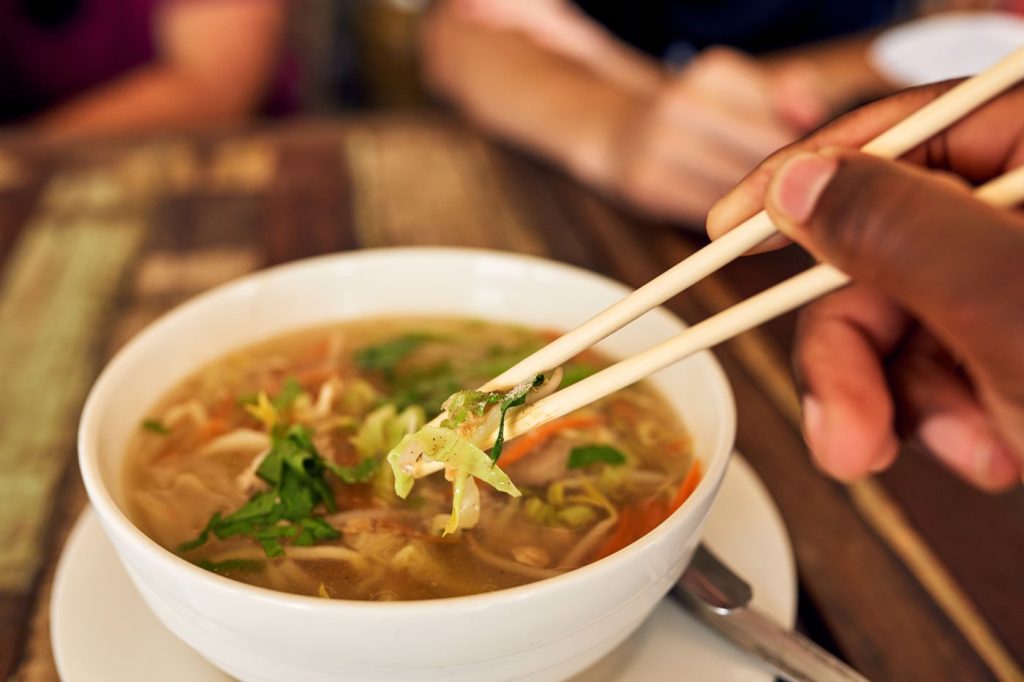 When you start using chopsticks all the time, it could be useful to learn some basic chopstick-specific table manners. For example, don't drum them on surfaces as if they were drumsticks. Don't point them at people either. In addition to these, it is impolite to stab your chopsticks vertically into a bowl of food, as this resembles the way incense is burned for the dead. 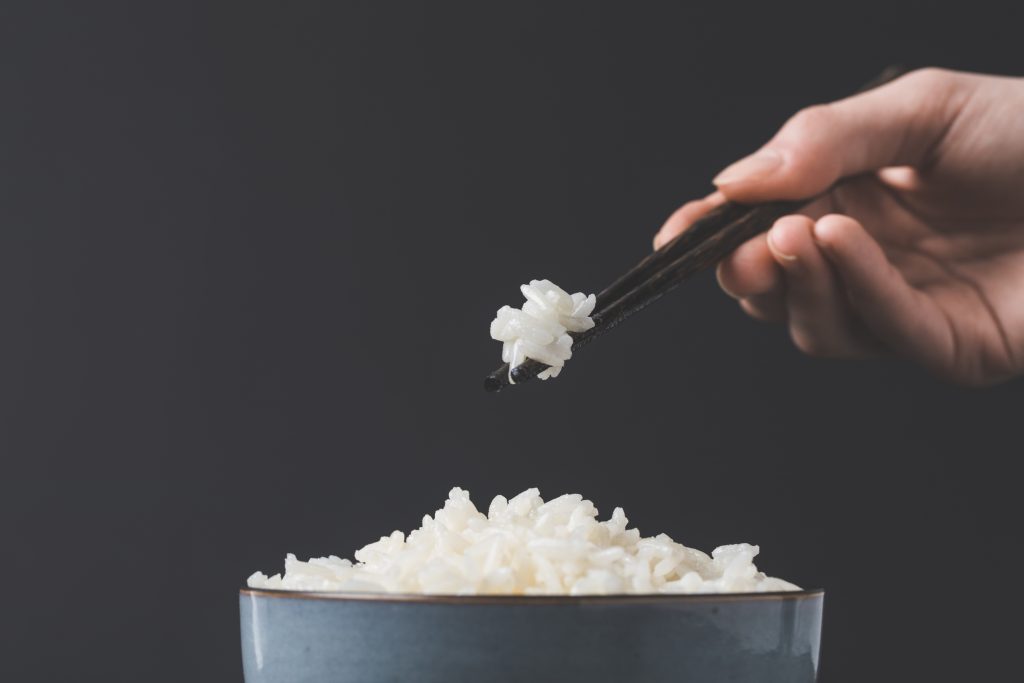 Can you Use the other End?

You might not know this, but some countries use chopsticks backward when eating with others. It is considered polite to do so when grabbing food from a shared plate at the center of the table. This makes sense if you think about how this prevents the end that goes in your mouth from potentially touching shared food. Why don't you give this a try the next time you're eating with others at a restaurant. 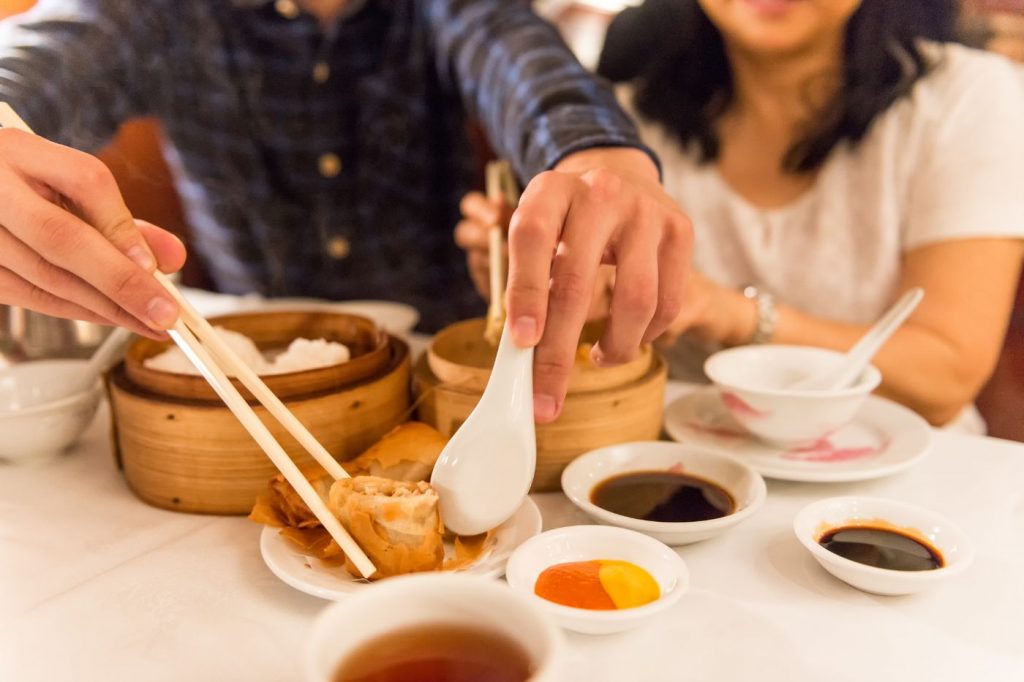 You can use chopsticks to prepare your food as well as eat it. For example, grasp the chopsticks firmly in your hand and use them to whisk eggs. This technique makes for perfect and fluffy omelets every time. Some cooking chopsticks are slightly larger than eating chopsticks, but one thing they have in common is that they are wood. Metal will become too hot to hold and plastic might melt. 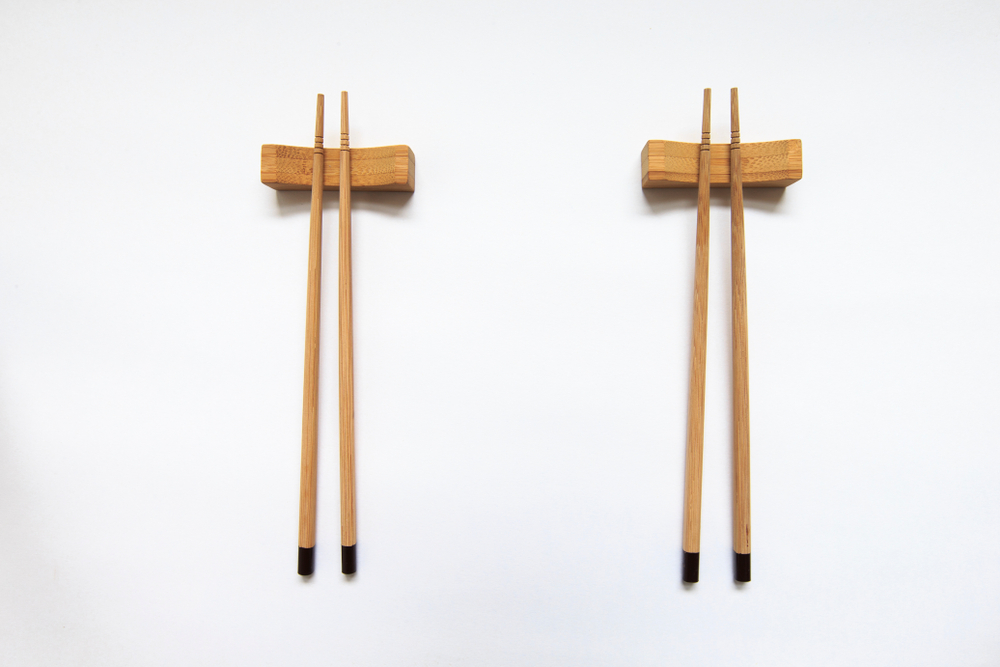 So Why are They Called Chopsticks?

The word "chopstick" is believed to be a derivative of Kuaizi (筷子), which translates to "quick stick." Add that to Chinese Pidgin English where "chop chop" meant quickly and there you are. The English Oxford Dictionary, which cites the first English use of words, takes us back to William Dampierolence's "Voyages and Descriptions" written in 1699. Presumably, the "chopstick" goes back a little further than this publication. As the Chinese population began to explode around 500AD, the Chinese were cutting their food into smaller bites to share. The chopstick, which was until then used to pull food from the fire, became the primary eating utensil. 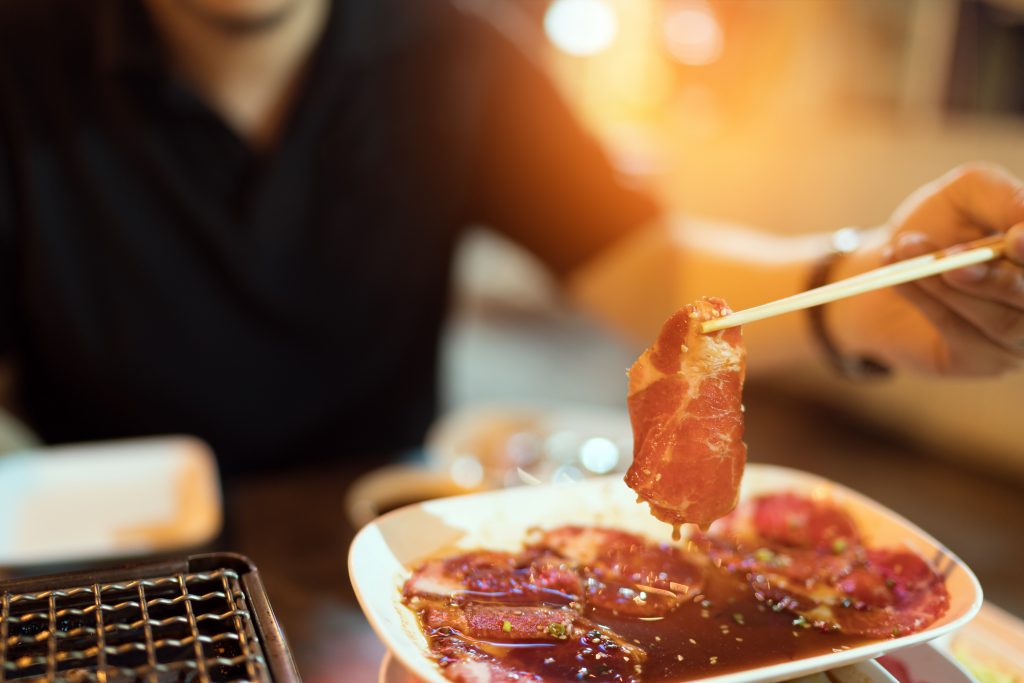