How to Tell if a Guy Likes You

Humans are complex social creatures. We aren’t always open about our desires and interests, possibly because we fear rejection and the unknown. As a result, it can be hard to tell if a person we find attractive feels the same way. Body language is an essential part of human interaction, especially in communicating attraction. Normally, humans only notice body language signs subconsciously. However, with practice, anyone can read body language and tell if a person shares their feelings. It’s important to note that, depending on the context, certain signs can have different meanings. 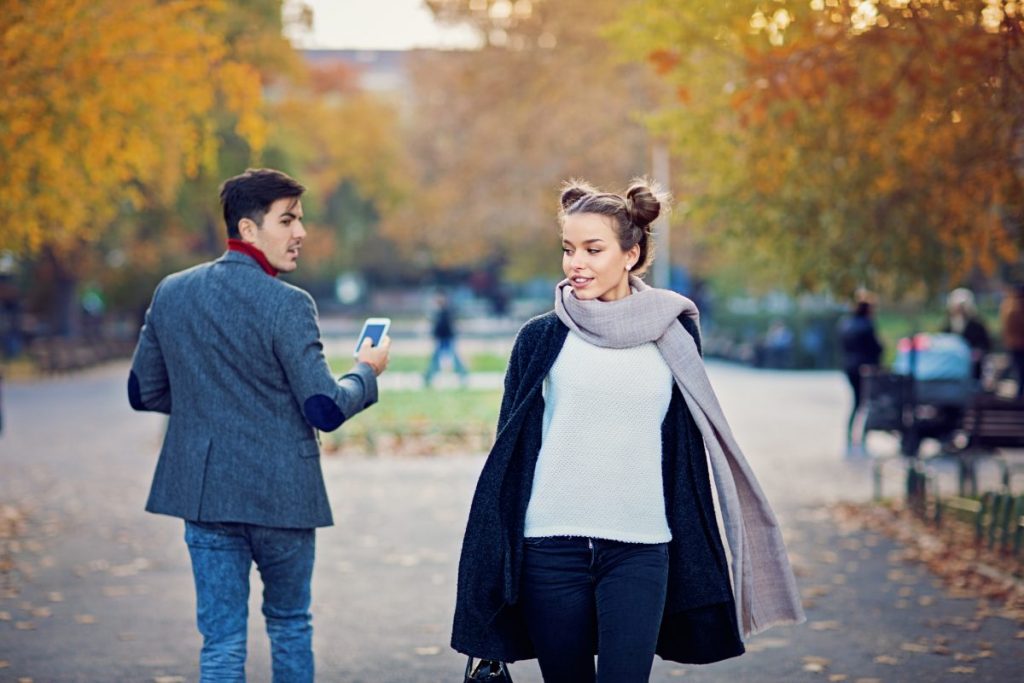 Some of the most prominent signs of attraction include flushing or blushing in the cheeks and lips. When humans feel a sense of attraction, blood flows to their face. In lighter complexions, this can appear as redness. While it may be more difficult to notice in darker complexions, there is still visual change. However, like with all body language, there are other interpretations depending on context. For example, nervousness or embarrassment can also cause blushing. 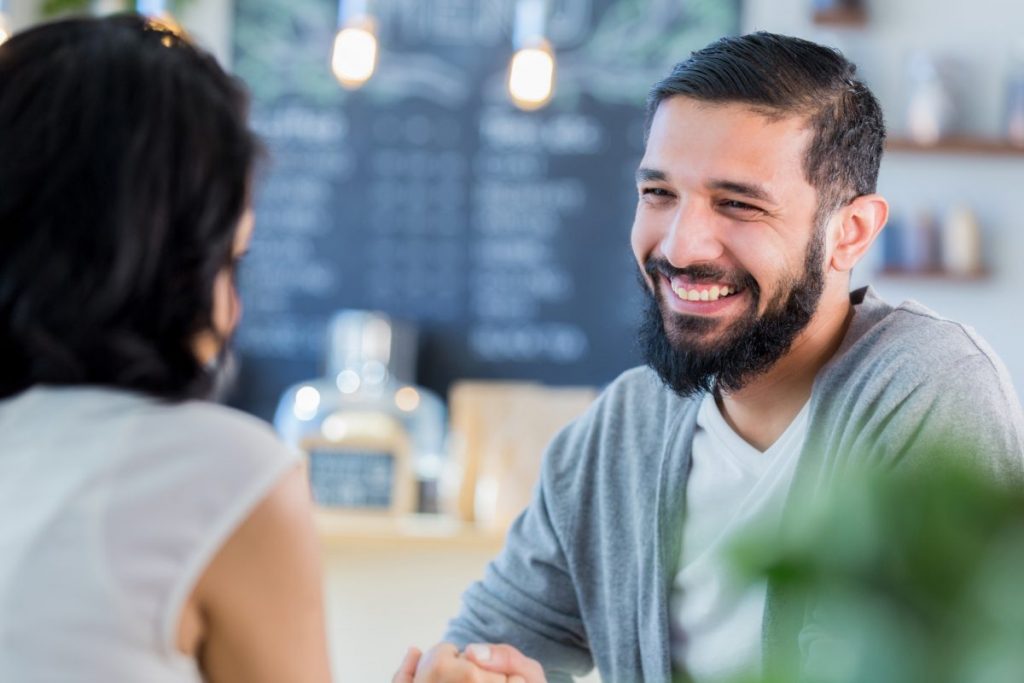 One of the most interesting body language signs is the direction a person’s feet are pointing. When we are young, adults teach us to look others in the eyes while we speak. However, our feet subconsciously point where we actually want to go. If a person genuinely desires the conversation, their feet will point at their conversational partner. If not, their feet will point away from their partner or towards an exit. This isn’t necessarily a sign of attraction, but it is an indicator of interest. 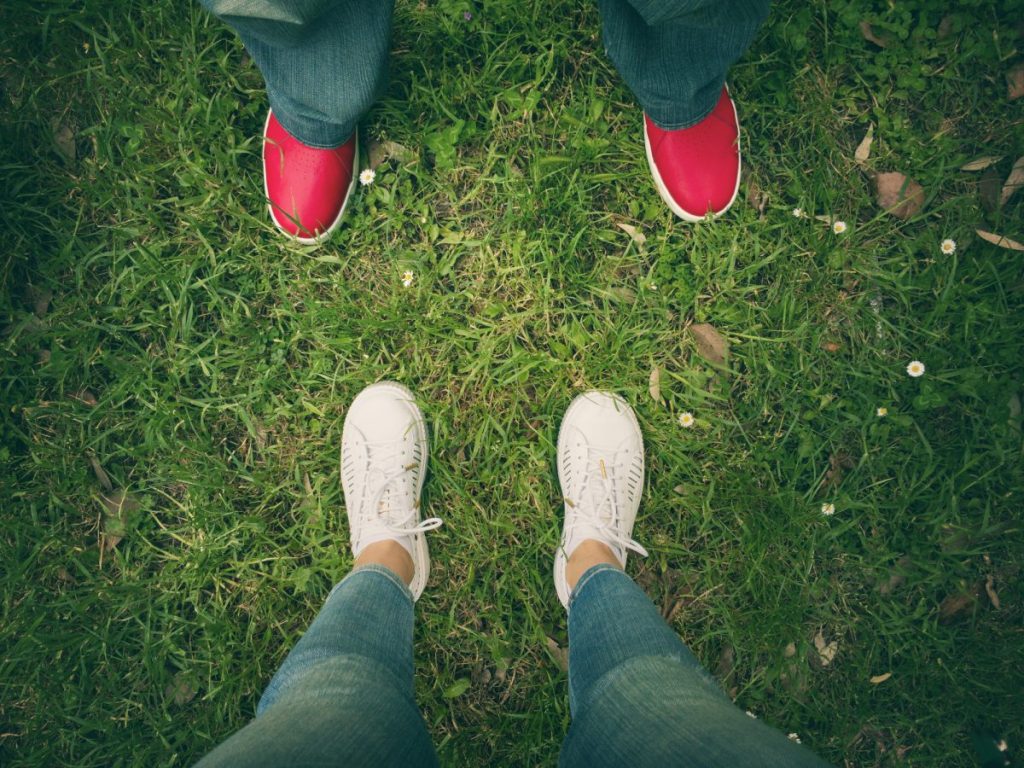 Our eyebrows are one of the most expressive features on our faces. They can exhibit surprise, recognition, skepticism, and so much more depending on the timing and context. If a person raises their eyebrows and quickly returns them to their original position, it could be a sign of attraction. Body language experts call this an “eyebrow flash” and it only lasts for about a fifth of a second. This is one of several signs the face performs in the process of “opening up.” 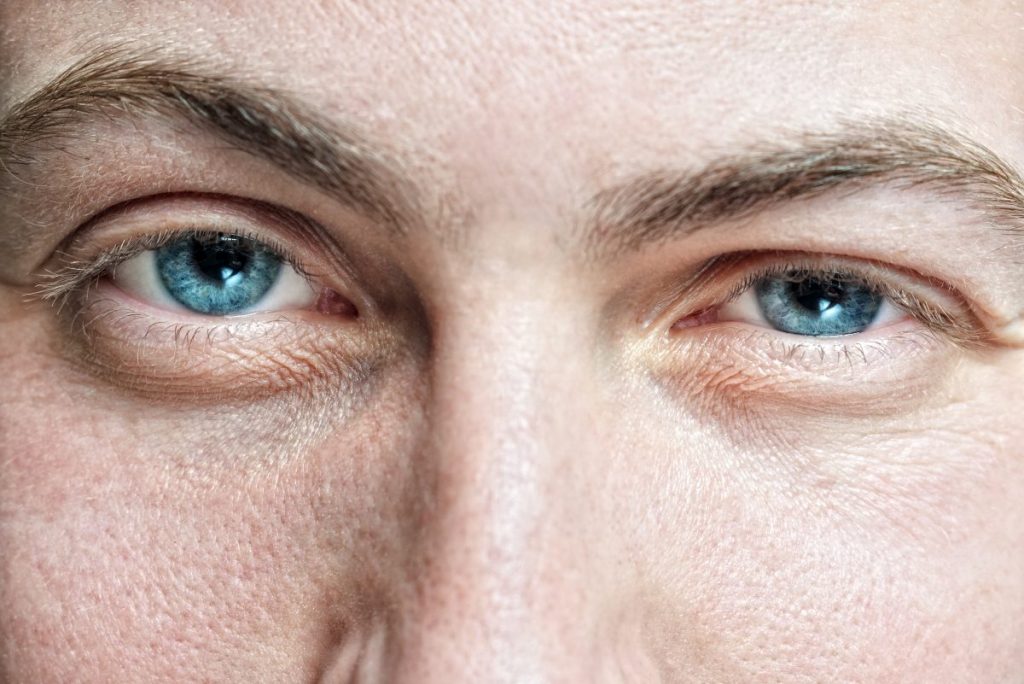 His Face Opens Up

The eyes, lips, and nose all perform small movements to show interest. Experts describe this as an “open” expression because all the movements are opening the features. Their eyes may widen, their lips may part, their mouth may stay slightly open, and their nostrils may flare. Typically, these actions occur near instantly after a person sees someone they have feelings of attraction for. In addition, a person may deliberately perform these actions for a longer period of time to make their feelings clear to their conversational partner. 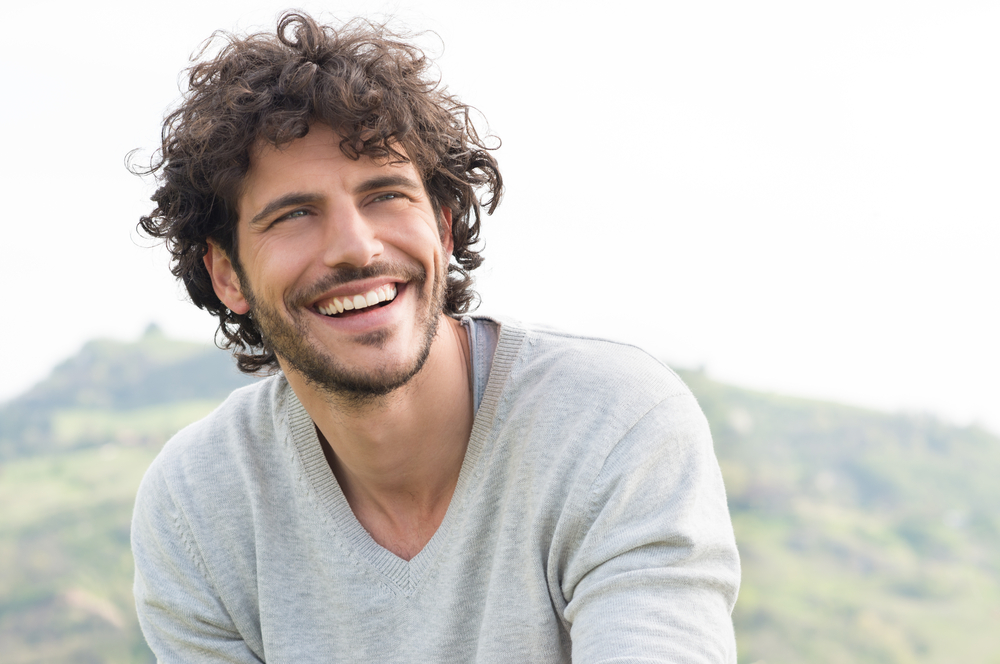 Birds in the wild often preen themselves to clean up and attract a mate. Humans do exactly the same thing. Body language expert and author Patti Wood says that people will often try and fix their appearance when they see someone they wish to impress. For men, this includes messing with their hair, straightening their jacket or tie, or, if they’re sitting, pulling up their socks. Wood states that if the actions are gentle, they merely wish to look presentable. However, if they seem frantic or they do it while approaching another person, it could be a sign of nervousness. 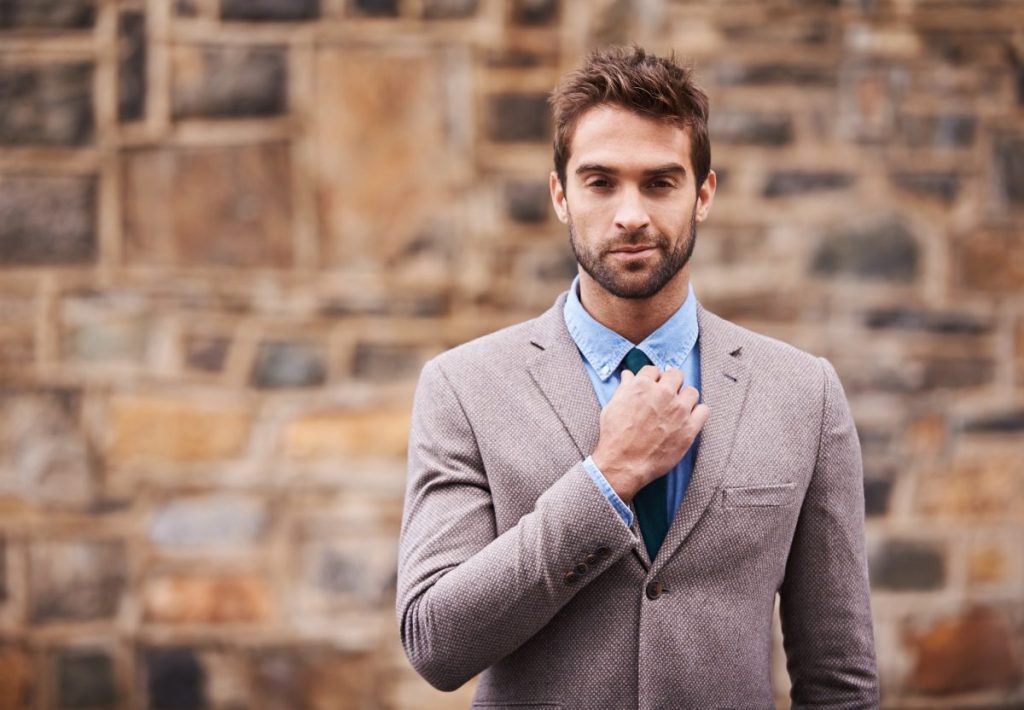 Cartoons and fiction often show characters licking their lips when they are about to eat or when they set their eyes on something they want. Though many view it as a cartoonish action, humans do actually lick their lips in anticipation when they see something they desire. Additionally, when we get nervous, our saliva glands secrete less fluid and our mouths become dry. As a result, we lick our lips to try and moisten them. That nervousness can often result from attraction or interest in another person. 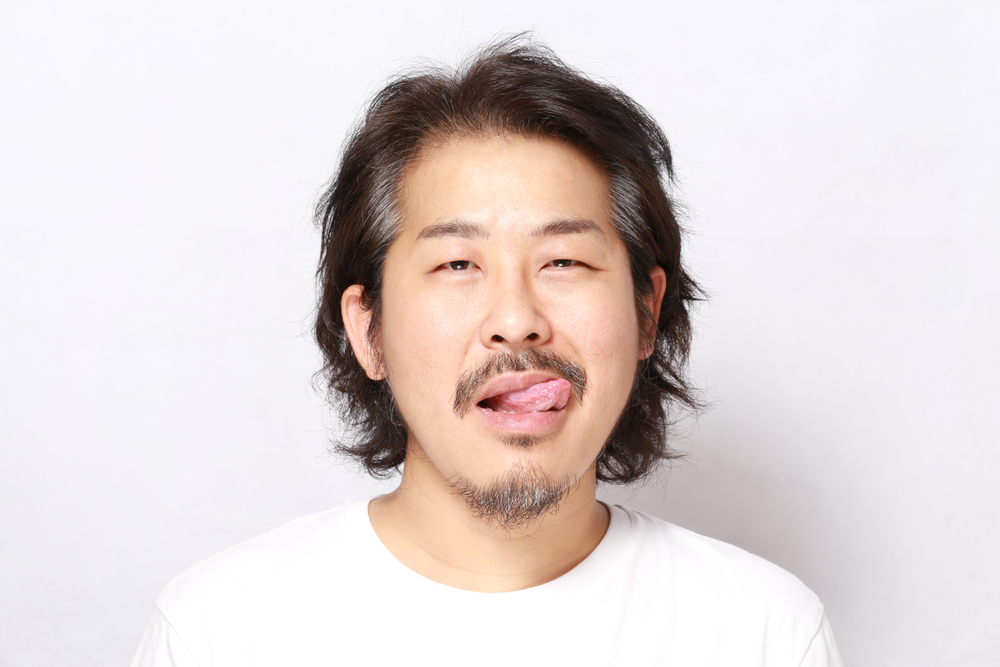 One of the most common signs of attraction between individuals is frequent touching. Often, when a man is showing his interest, he will find excuses to touch his conversation partner. This includes removing hair from their partner’s face or removing lint from their clothes. Body language expert Patti Wood says that it’s important to pay attention to the man’s face during these actions. If he’s grimacing, it might be a sign that he wants everything to be perfect. If he’s smiling, he’s probably flirting or showing interest. 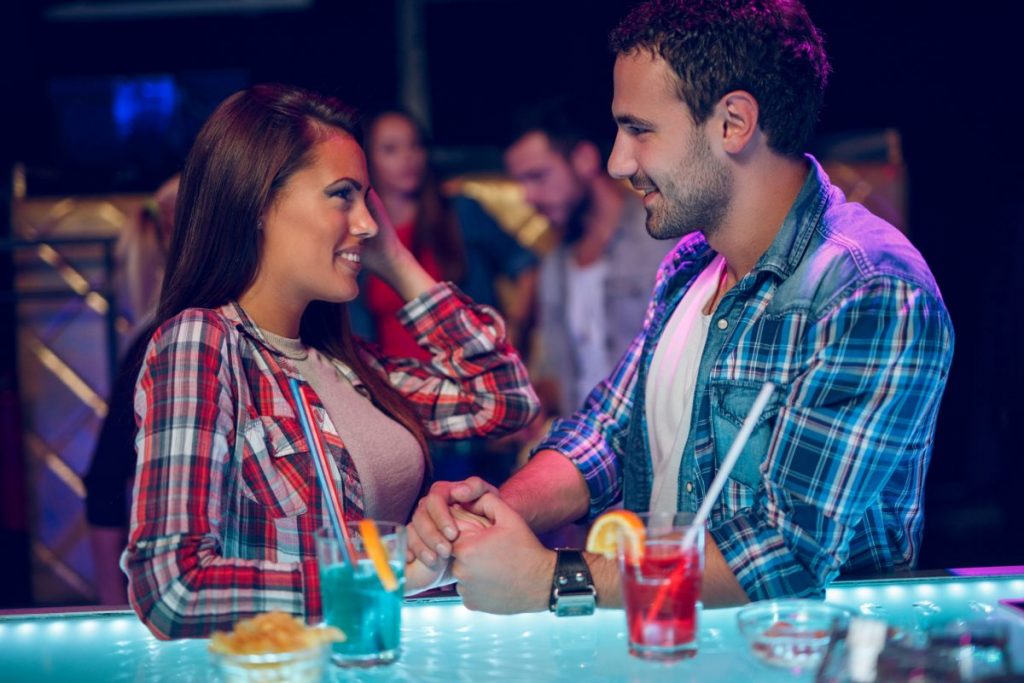 People often don’t feel comfortable enough to touch others, usually because they wish to respect their conversational partner’s personal space. Instead, they may touch their own face or hair. Men will often stroke their chins or beards when they are trying to listen. Some experts believe it is the result of a desire to touch their partner while not feeling comfortable enough to actually do so. In either case, it is a sign of respect and deliberate interest. 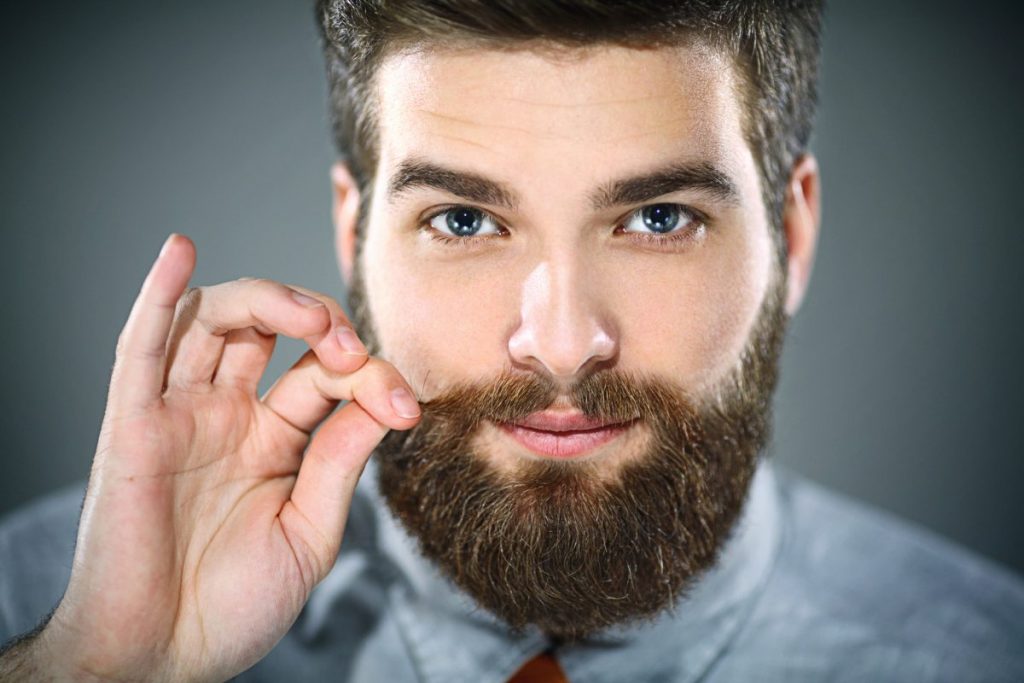 Many people go to bars and clubs with their friends to socialize and enjoy themselves. However, it can be difficult to have a conversation in a club environment, so body language becomes the dominant method of communication. A person who deliberately separates themselves from their group is trying to show their individualism. They wish to seem approachable while also showing that they are sociable and friendly. 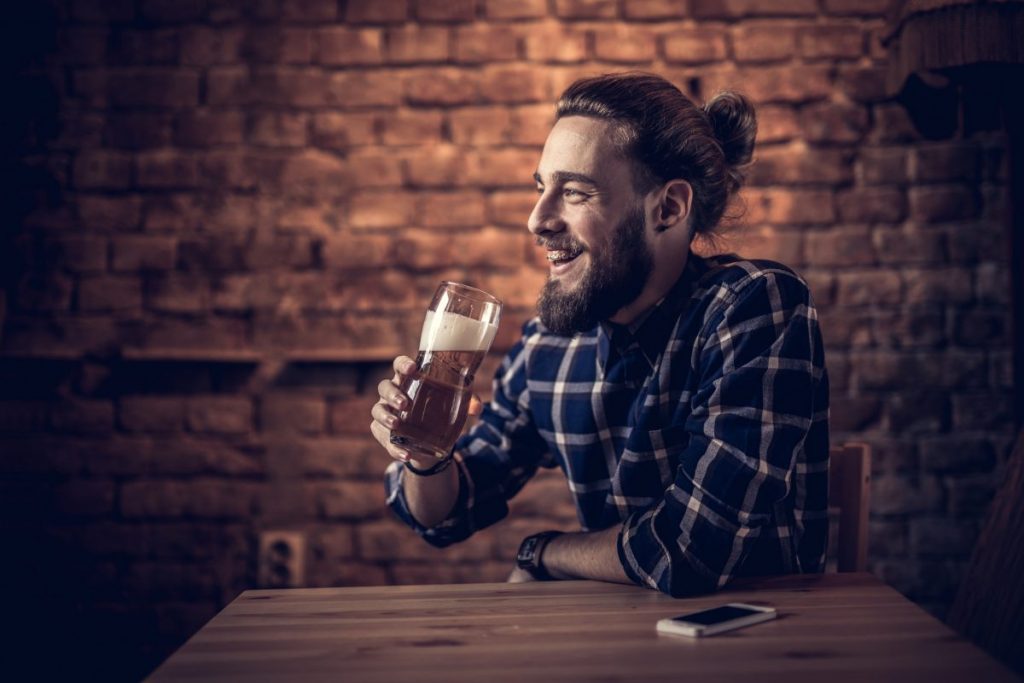