How to Prepare Steak 10 Different Ways

Steak kind of has a bad rep. This is a huge faux pas and whoever hasn’t had a chance to enjoy a nice, succulent steak in their life is missing out. Vegetarians aside, that is. Furthermore, steak only gets a bad rep because it’s 'red meat,’ but the best part of a healthy diet is enjoying what you like in smaller quantities. For example, you can substitute the steak in your tacos for jackfruit, but as far as nutritional qualities go, you’re not ‘eating healthier.’ Steak is yummy - and we have the steak recipes to prove it!

There’s plenty you can do with a well-cooked tenderloin, but serving it up with potatoes is a guaranteed win. Despite the title of this steak recipe, ‘fries’ in this case, are British ‘chips.’ Chunky fries. Thickly sliced potatoes that have been triple-fried for a deliciously crunchy texture. Top off this easy-to-bake meal with a dash of horseradish sauce or cream for a tart, mustardy kick to the tastebuds. 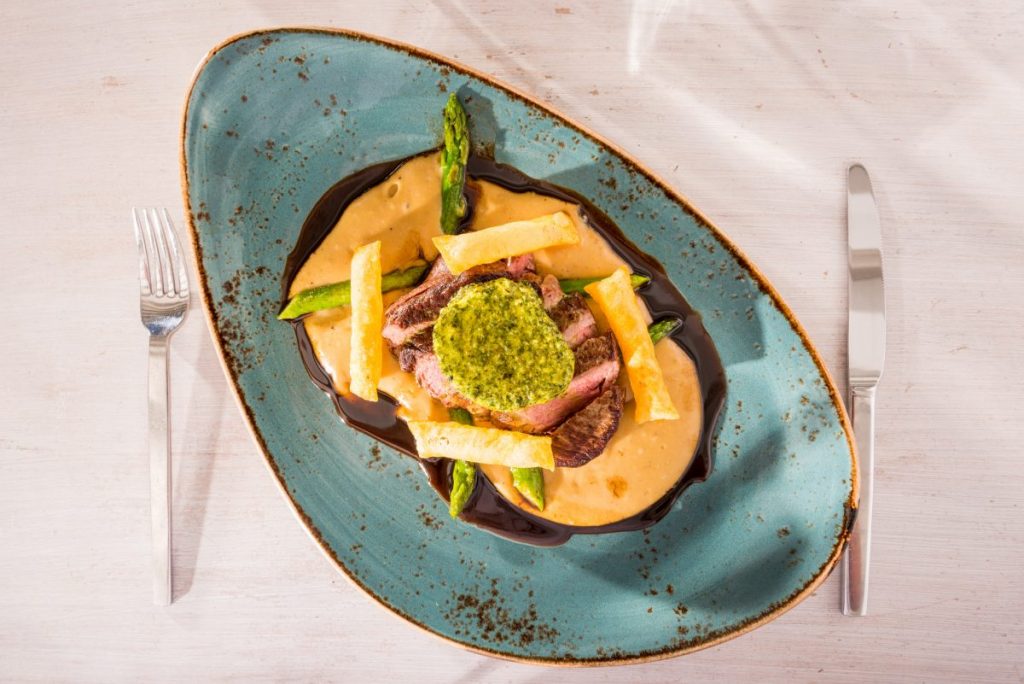 When it comes to steak and cheese, there is no limit to the type of cheese you can choose to use. Simply cook the beef medallions to your preferred taste and let the cheese melt on top of them. Philadelphia might be known for its cheesesteak, but you’ve never tasted it quite like when you’ve made it yourself. Whether you prefer Gruyère, Stilton, Danish Blue or Jack; each will lend their taste to the meat. Serve the medallions up with some green veggies and tuck right on in. 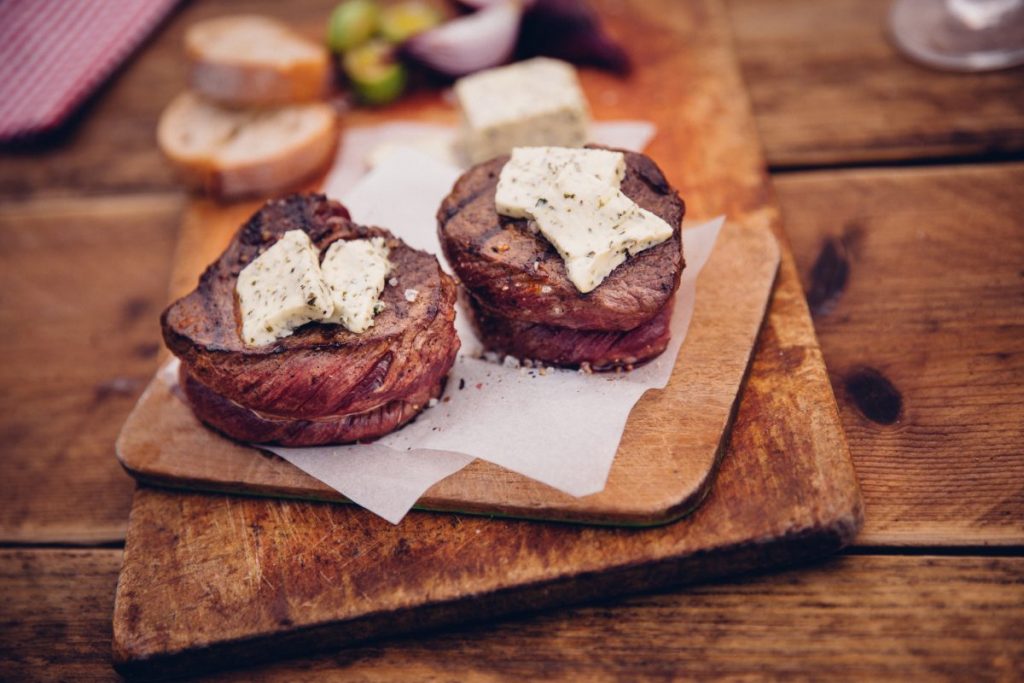 This recipe right here is more for those who like their steak even spicier than when regular pepper is involved. The chili peppers give the steak the spiciest kick imaginable. However, if you're not a fan of spice, you can use sweet bell peppers instead. You can also make the Roast the peppers and any other veg you want to serve with your dish right alongside the meat. The chilli peppers will use the fat from the beef to essentially roast themselves. 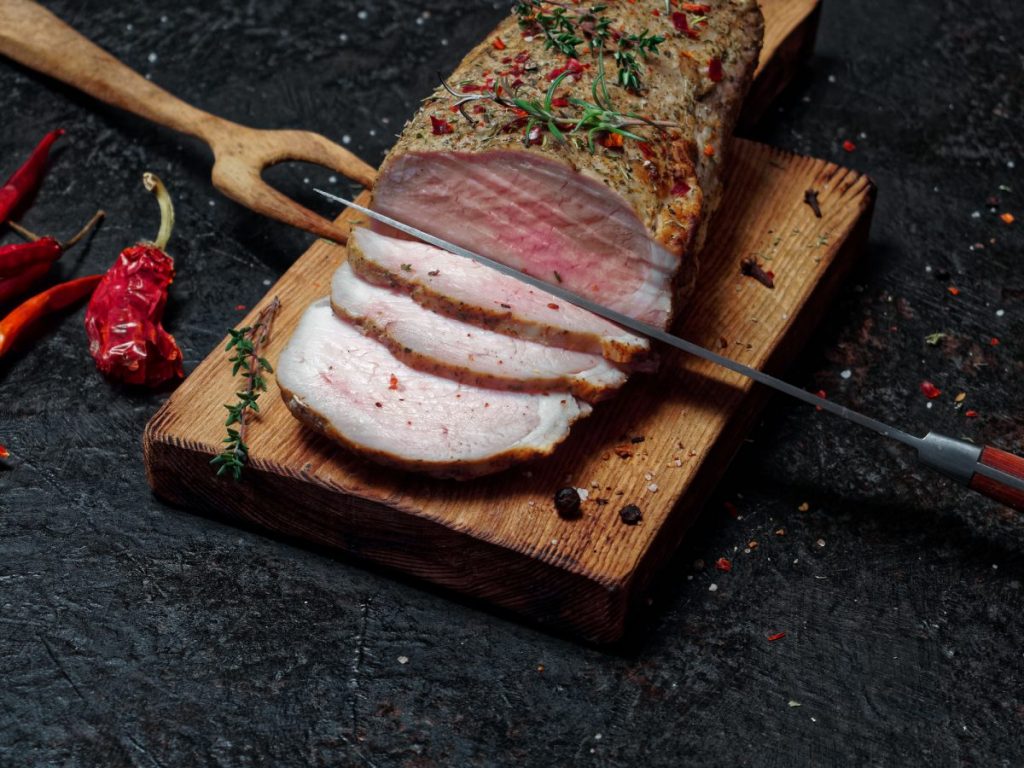 You might be one of the legions who wonder what makes a New York steak different to other steaks. Essentially, all New York steak is, is a strip steak. It's steak that's cut slightly differently to others. New York steaks - or strip steaks - come from a different place on the cow. Strip steaks are really easy to cook and can be made on the grill, under a broiler, or fried in a skillet. And yes, they are delicious. 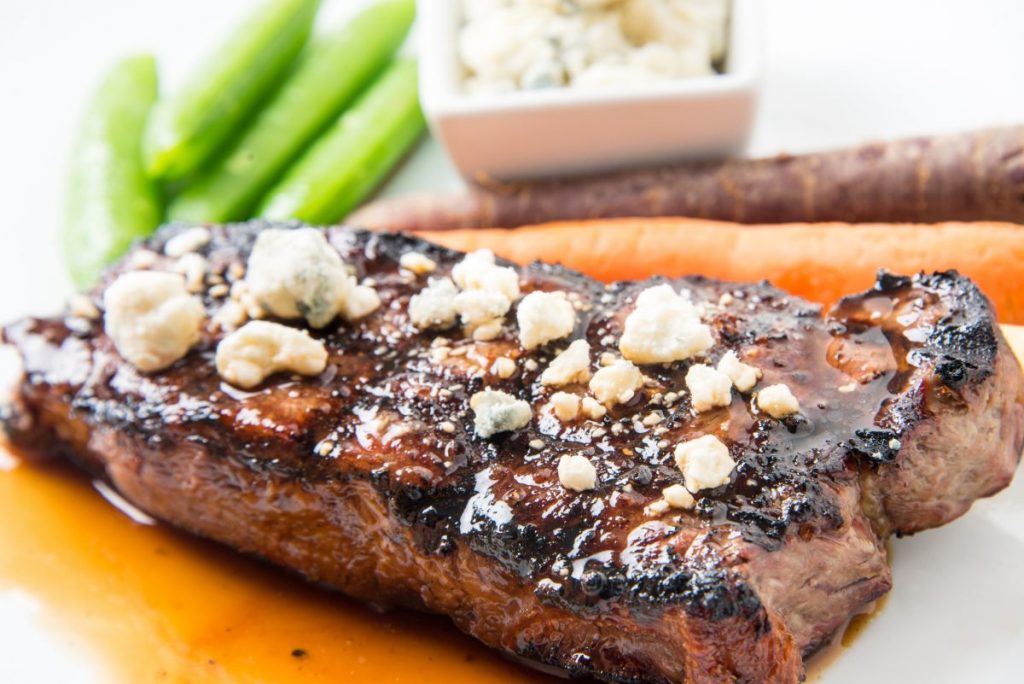 While not technically a steak, Salisbury steak is a delicious combination of ground steak made into beef patties. Best served swimming inside of some traditional British mushroom and onion gravy, it's a comforting, mouthwatering meal that satisfies every pang. Also, although they could be mistaken for hamburger steaks, Salisbury steaks tend to use minced onions and other ingredients within the patties. 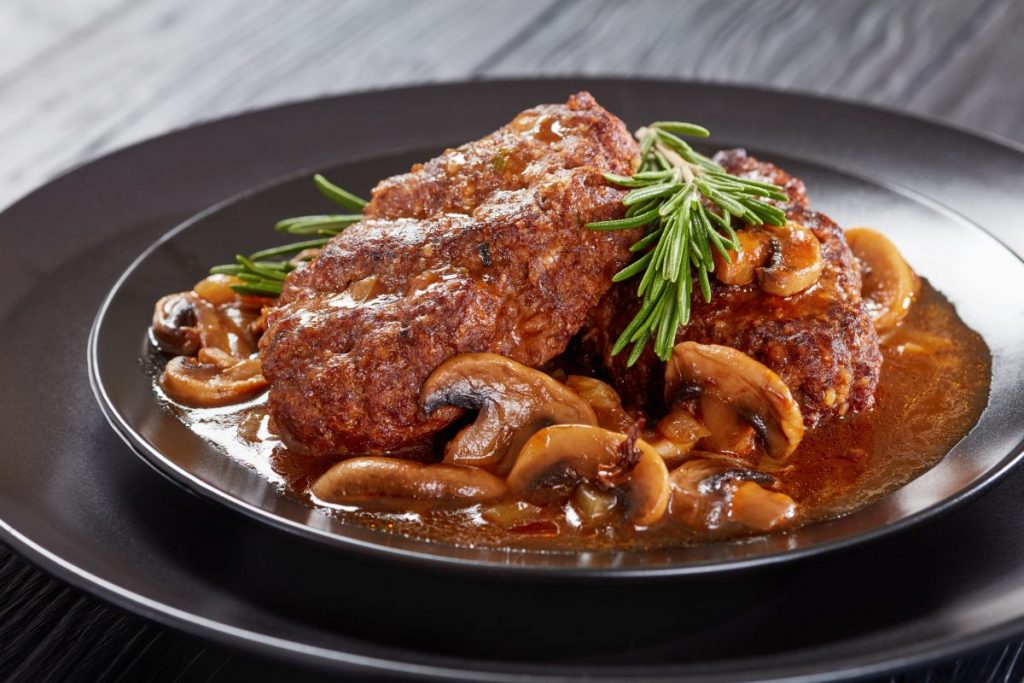 When meat is 'marbled', all it means is that the cut includes the fat. While 'fat' has been mislabeled a 'bad word', the fat in steak is actually what makes it so delicious. A steak without a little bit of marbling, for example, will likely turn out dry and near-inedible. Filet mignon is the King of Steaks because of its marbling and it's as expensive as you'd expect. However, steak connoisseurs recommend it above all else. 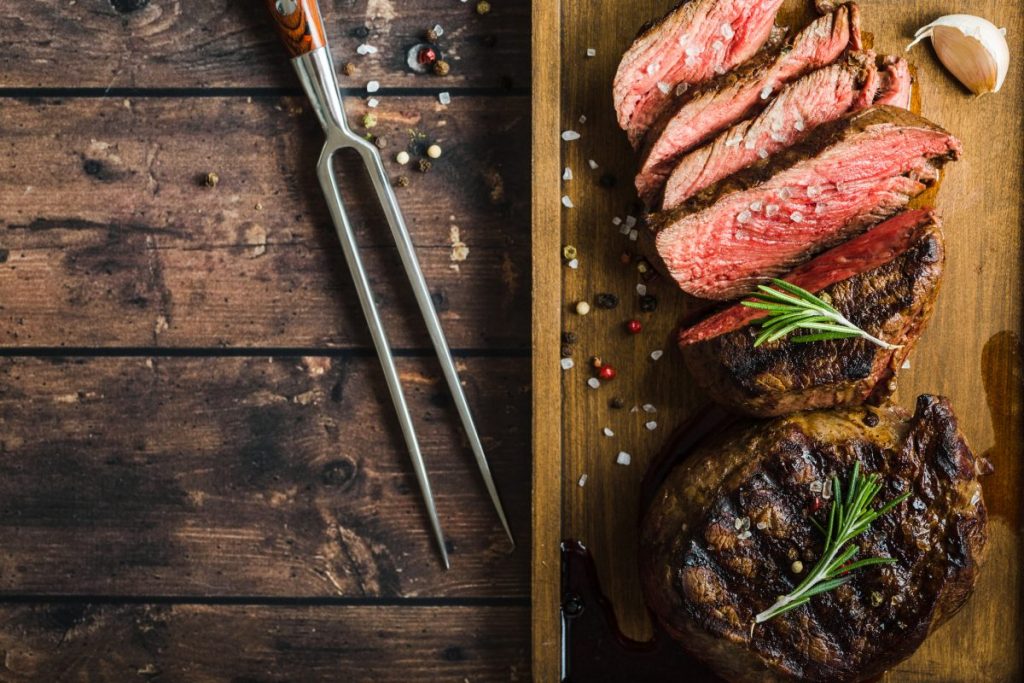 The French are known for their love of meat and of cheese. Therefore, it should come as no surprise that this French dish is a classic across the country and the world. Beef bourguignon is stewed steak, usually braised in wine and beef stock. Throw in garlic, carrots, onions and mushrooms, and you'll have the most comforting of steak recipes for a lazy fall afternoon. 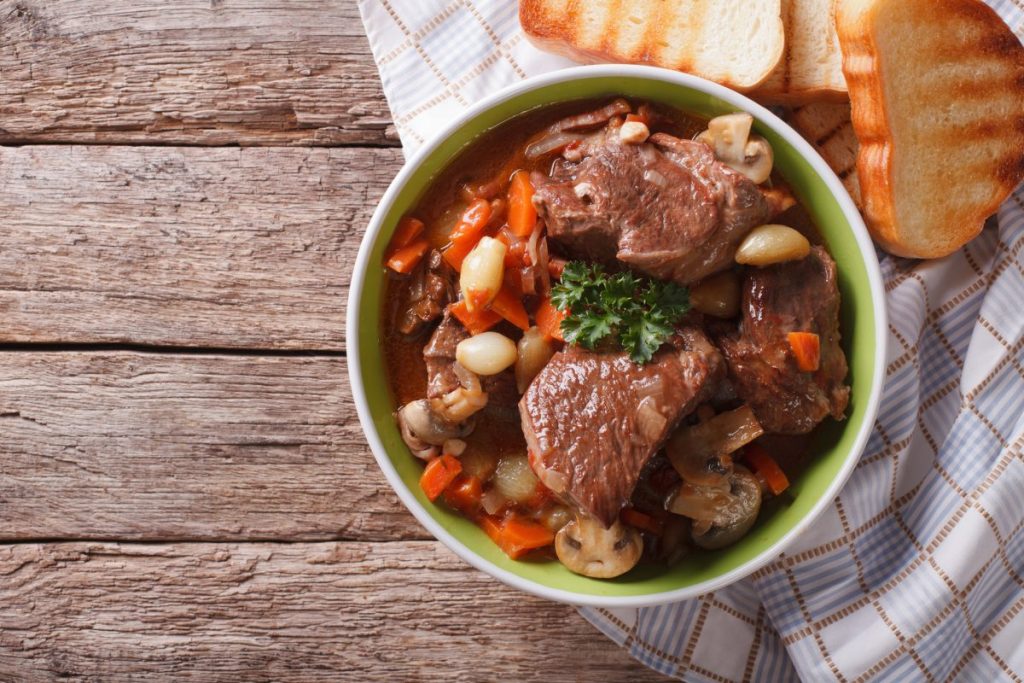 Saddle of Lamb Steak and Vegetables

Lamb is known for its richer taste, but sometimes, a rich steak is exactly what the doctor ordered. The saddle is made up of loin meat and can be bought either boneless or bone-in. All of the best lamb steak recipes recommend roasting it and then mixing it afterwards with some kind of fruit sauce. Serve up with delicious boiled and roast veg and you have a hearty meal ready to impress all of your guests. 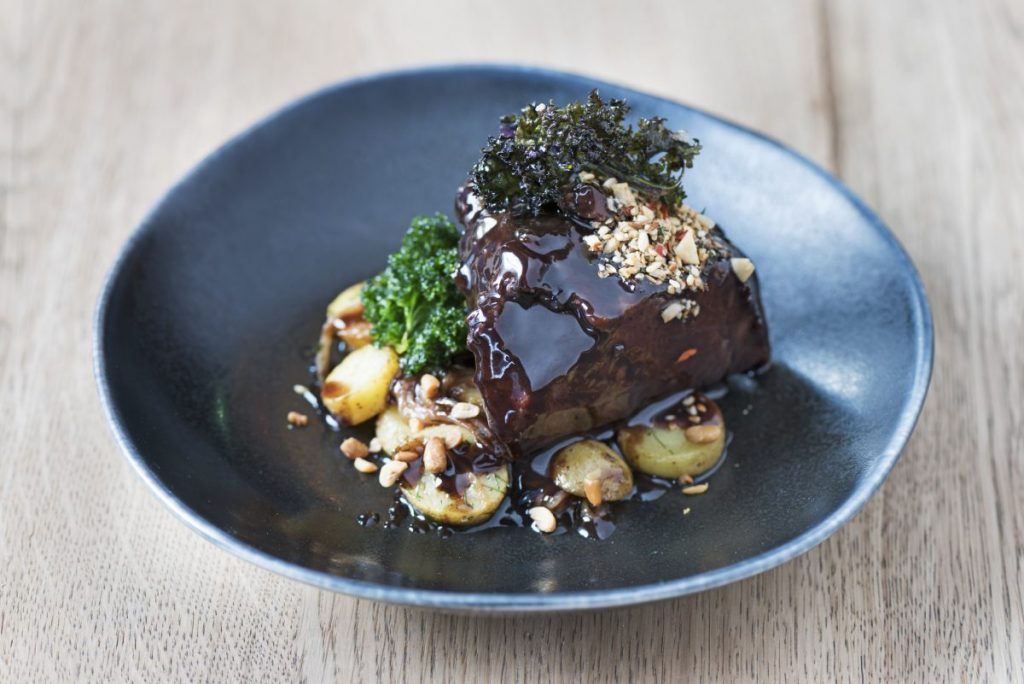 Beef teppanyaki is a Japanese steak dish that is almost criminally easy to make. Its name comes from its style of cooking, which is using a griddle known as a 'teppan'. Literally all that this mouthwatering steak recipe needs is beef, wine and soy sauce for the marinade and oil. Prep time takes much longer than the actual cooking. So, if you prepare your veggies and steak in advance, just throw them into the frying pan and you'll be done in 15 minutes! Then, all that's left to do is sit down and enjoy the masterpiece you just created. 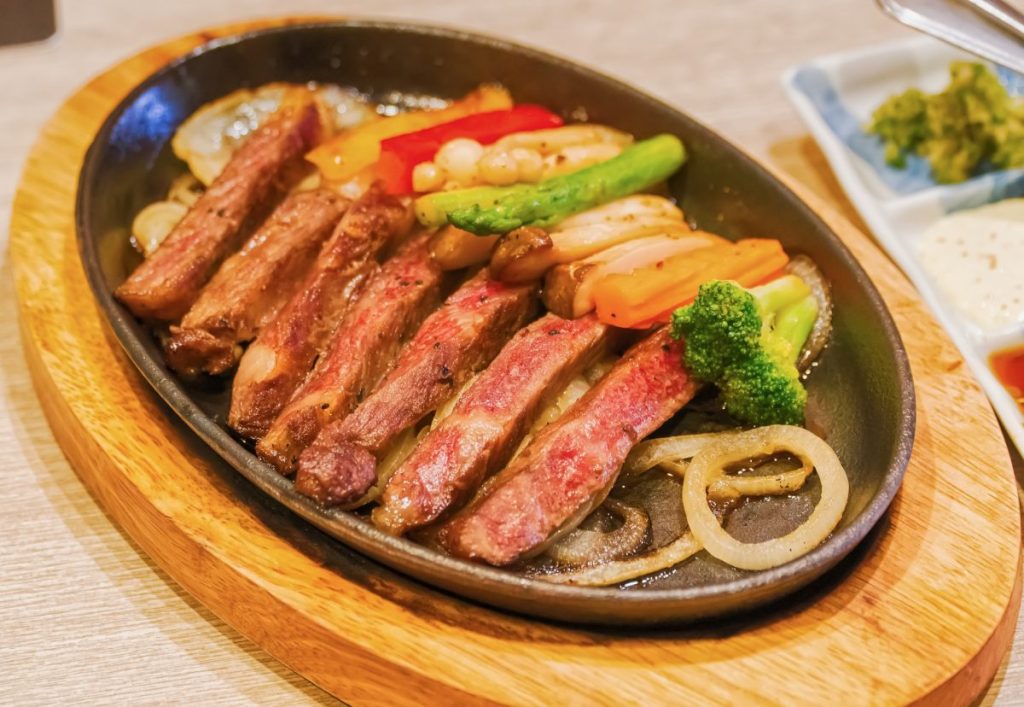 Beef tacos need no explanation. We all love a good taco; meat eaters and Vegetarians alike. That said, beef tacos always come out on top for those of us who do eat them. There are also so many different ways to make them that you never have to worry about going wrong. Although most people use ground beef, using strip steak instead is even yummier. Additionally, there are no people on earth who don't like tacos. This makes them the perfect party food or for when you're having friends over. Just make sure somebody else does the dishes... 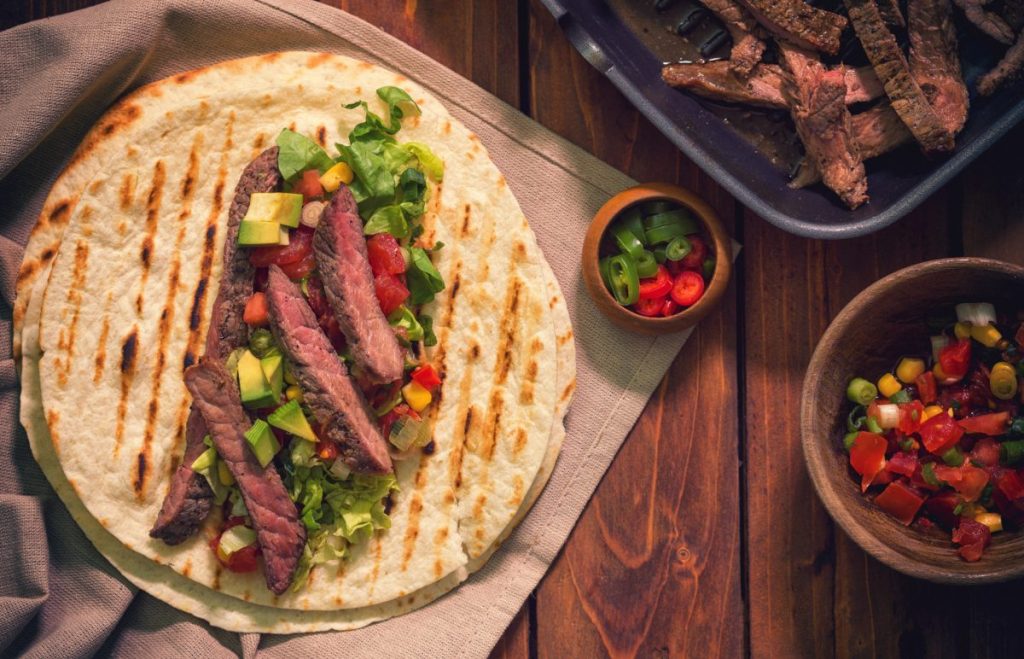