How to Make Twice-Baked Potatoes

Anyone who has tasted this amazing dish may be wondering how to make twice-baked potatoes on their own. Rest assured, this crowd-pleasing favorite is surprisingly easy to prepare and only takes a few ingredients.

Packed with added flavor, twice-baked potatoes are filling enough to be a meal but can also make a great appetizer or side dish. Gather a few things from the fridge and follow these basic step-by-step instructions to get your potatoes baked twice the right way.

Preheat your oven to 400 degrees f and select eight healthy-looking baking potatoes. They should be firm and absent of bruises or sprouts, which are all indicators of spoilage. Wash the potatoes in water and then dry them thoroughly. Don’t forget to pierce each potato two or three times with a fork to keep them from bursting in the oven. Next, rub the potatoes with extra virgin olive oil for a heart-healthy way to add flavor and crispness to the skins. 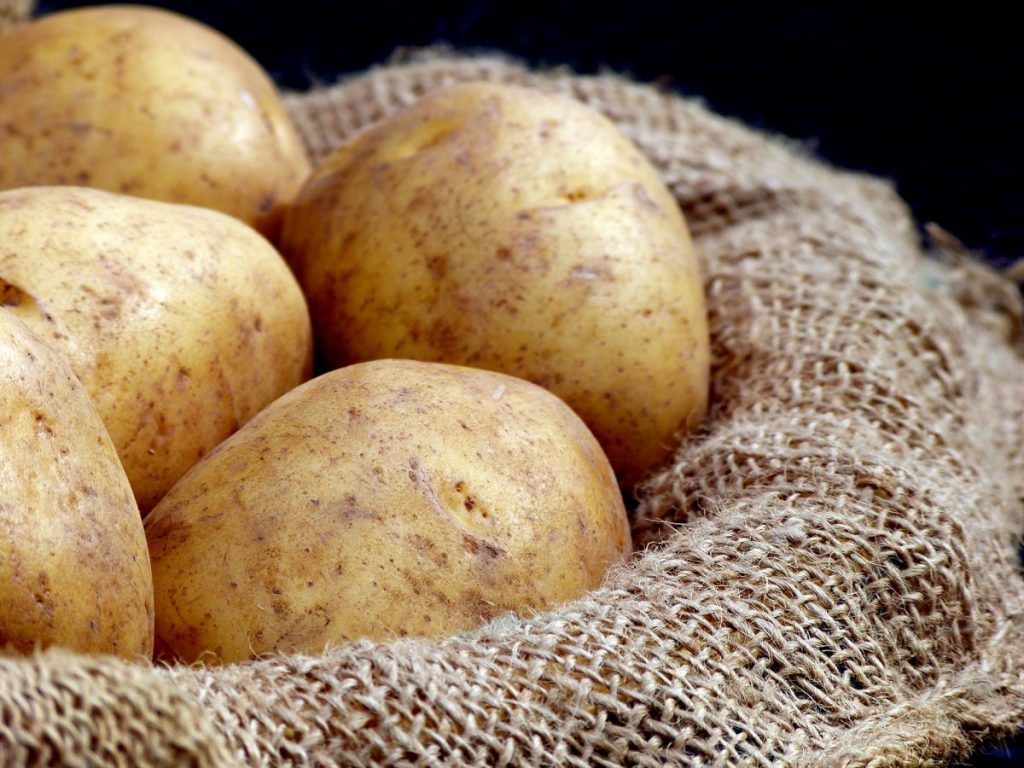 Place your potatoes on a baking sheet and bake them in the oven for an hour and fifteen minutes. Turn your potatoes over halfway through the cooking time to prevent the skin from over-hardening on either side. After the bake time is complete, poke the potatoes with a fork to ensure they’re fully cooked. If the fork easily pierces through the flesh of the potato, they’re ready to be removed from the oven. 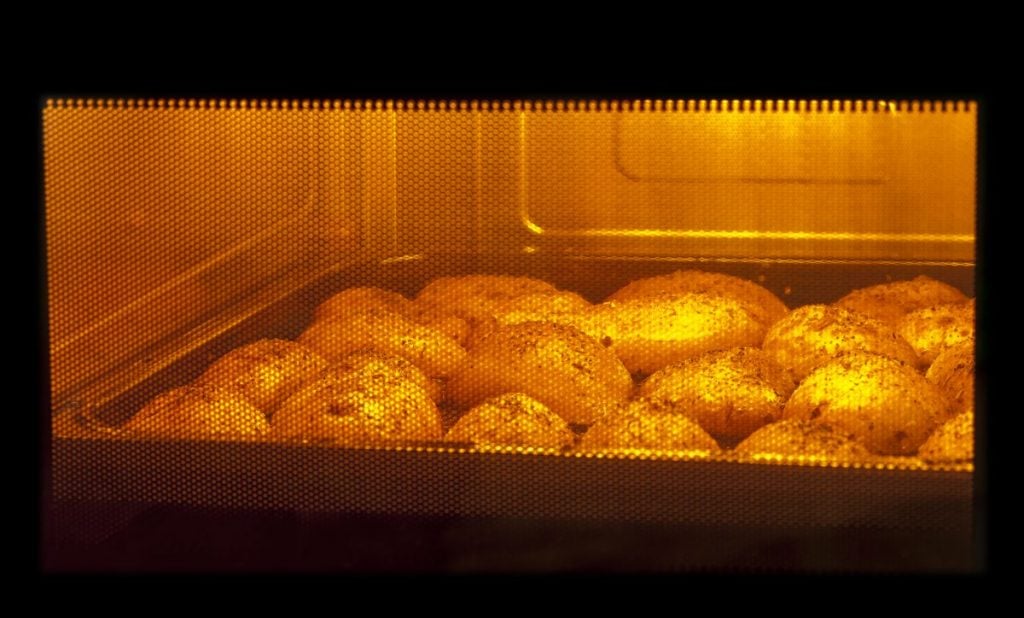 Sizzle Up Some Bacon

Bacon provides some low-carb, high protein crunch to your potato filling. Place eight bacon strips in a pan and set on low heat. Cook the bacon until it is brown and crispy around the edges but not hard and curled, which is an indicator that they’ve been overcooked. Consider using a cast-iron skillet, which distributes heat more evenly than aluminum pans, when striving for perfectly cooked bacon. Drain the grease from the pan and place the bacon on a towel to dry. 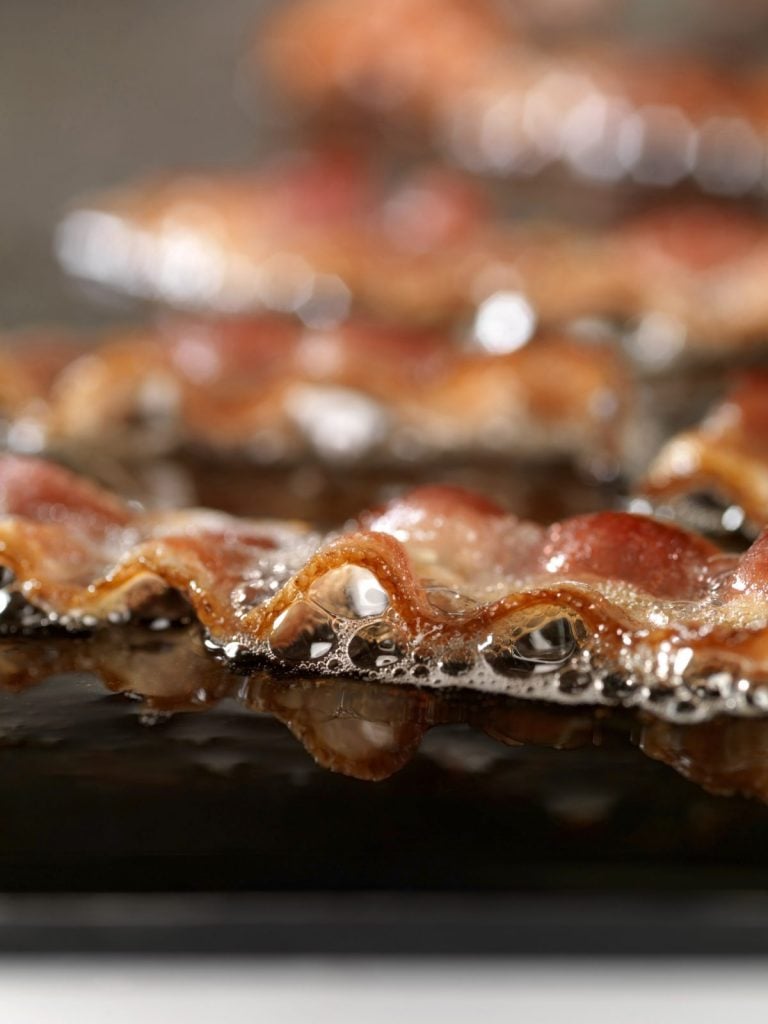 Nobody wants to handle a hot potato. Let the potatoes cool for ten minutes or until they are safe to touch. Use a sharp knife to cut them in half length-wise. Next, scoop out the flesh with a spoon and place it in a large mixing bowl, leaving the shells ready for filling. Be sure to leave a one-quarter-inch layer of flesh around the inside of the potato shells to prevent them from breaking when baked a second time. 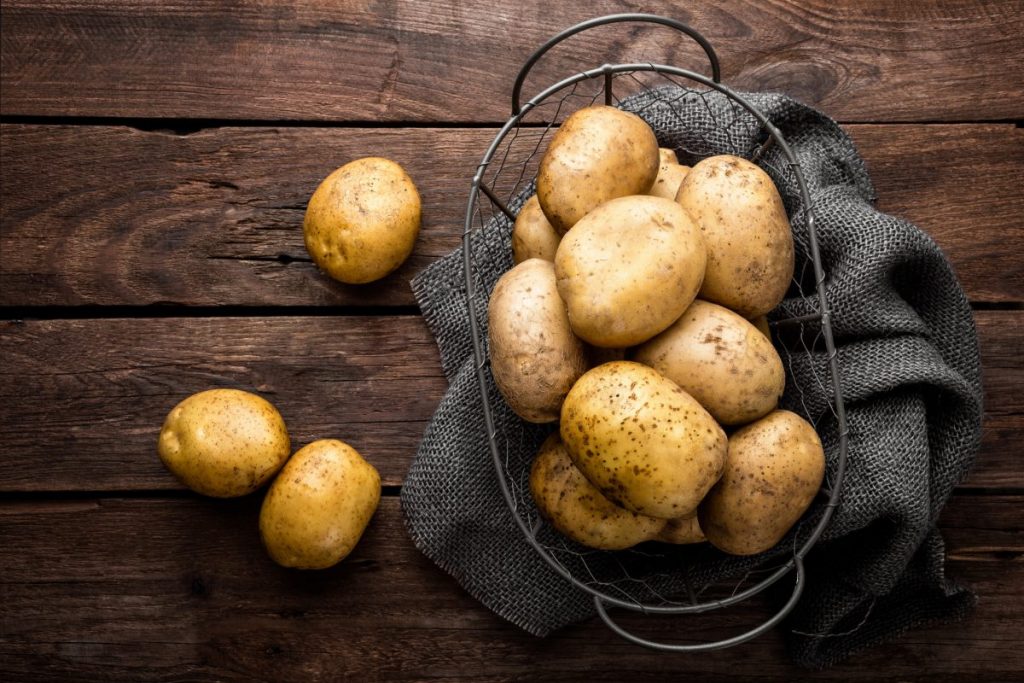 It’s hard to imagine a stuffed potato dish that doesn’t include some savory, high-protein, high-calcium cheese. Cheddar may be a traditional pick when it comes to topping your potato, but you shouldn’t be afraid to substitute based on your favorite cheese type. Parmesan has a grittier texture and heavy flavor and is also a popular topping for potato skins. Pepper jack can add some extra kick, and mozzarella has a much lighter, subtle flavor. Once you’ve picked your favorite, add a cup of it to your mixing bowl. 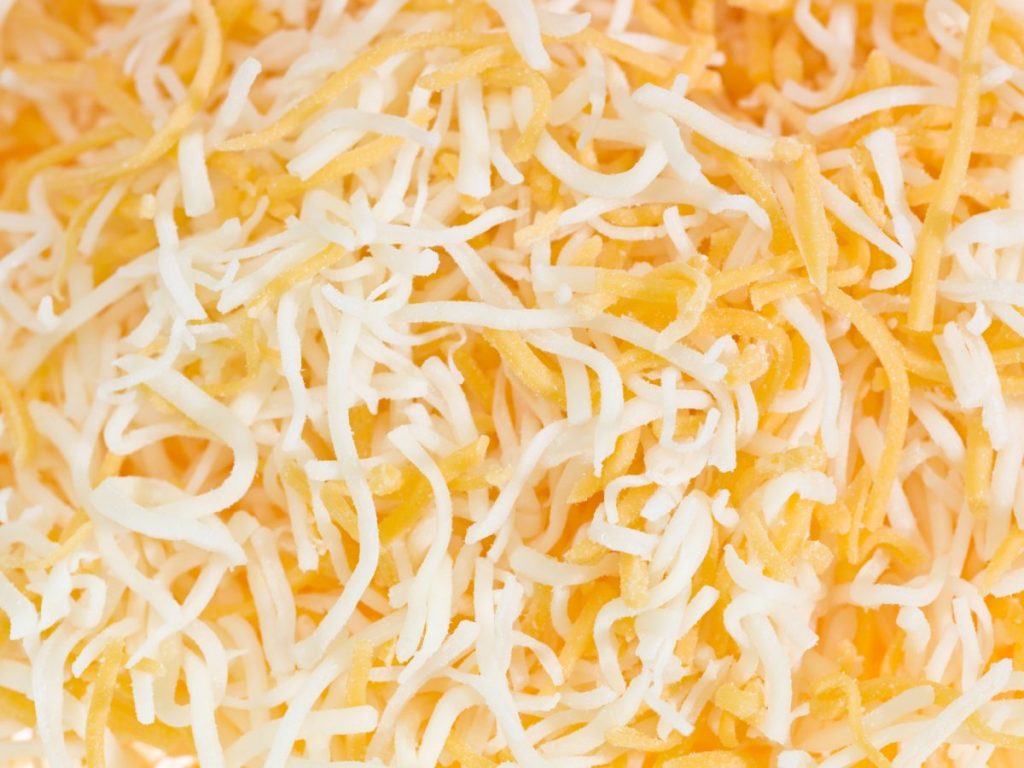 Leave two sticks of butter out to soften while your potatoes are baking. Then, slice the sticks into pats to make them easier to stir and add them to your mixing bowl. 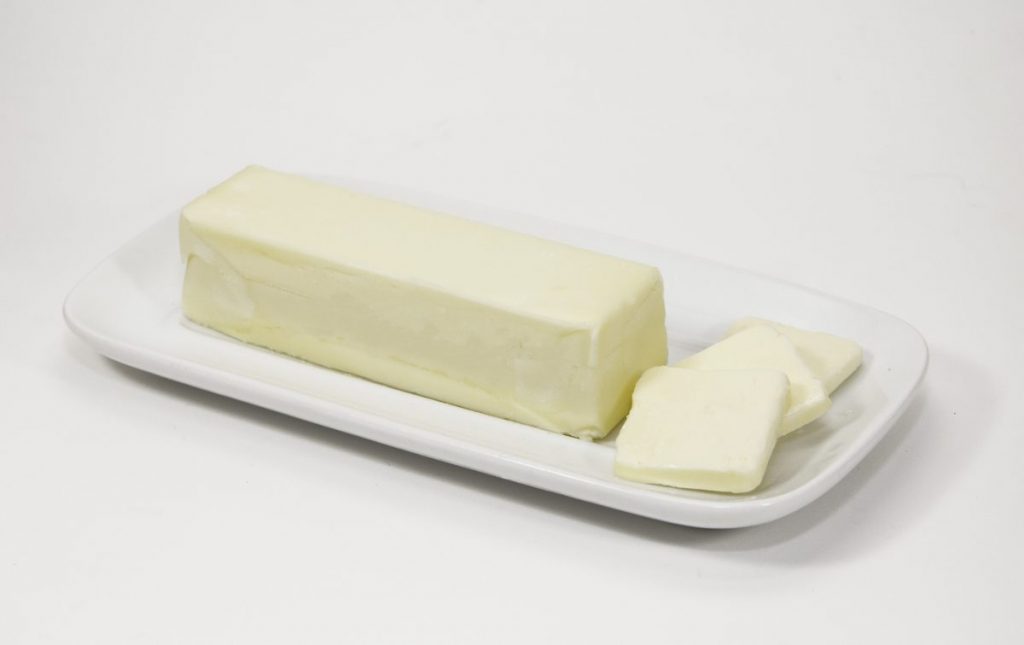 Many of us like to top our potato with a dollop of sour cream, but when baked in, it can also give the middle of your potato a sweet and tangy richness. Add a cup of low-fat sour cream to the other ingredients in your mixing bowl. Sour cream is packed with protein and calcium, but if you’re not a fan of the flavor, you can substitute a cup of yogurt mixed with one teaspoon baking soda for many of the same health benefits. 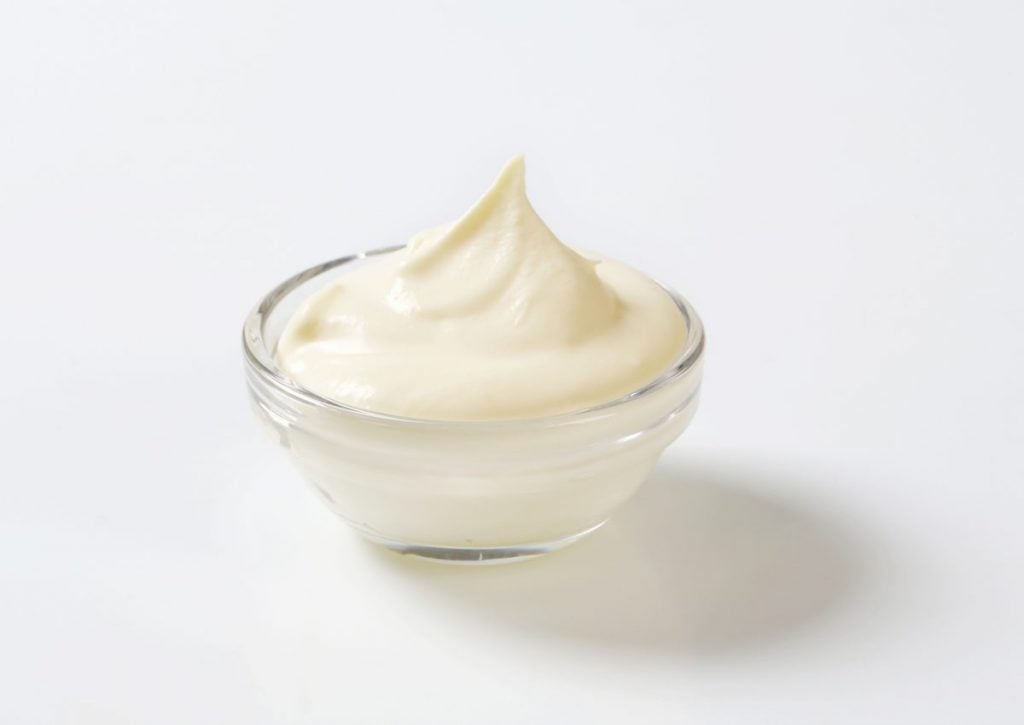 Toss in Some Onions

Not sure how to make twice-baked potatoes with a healthy, great-tasting vegetable? Green onions offer a flavor and a satisfying texture to your potato mix. These onions also offer cancer-preventing antioxidants as well as carotenoids for eye health. Rinse three green onions thoroughly, trim off the very tops of the greens and remove any roots, then thinly slice them and add them to your mixing bowl. 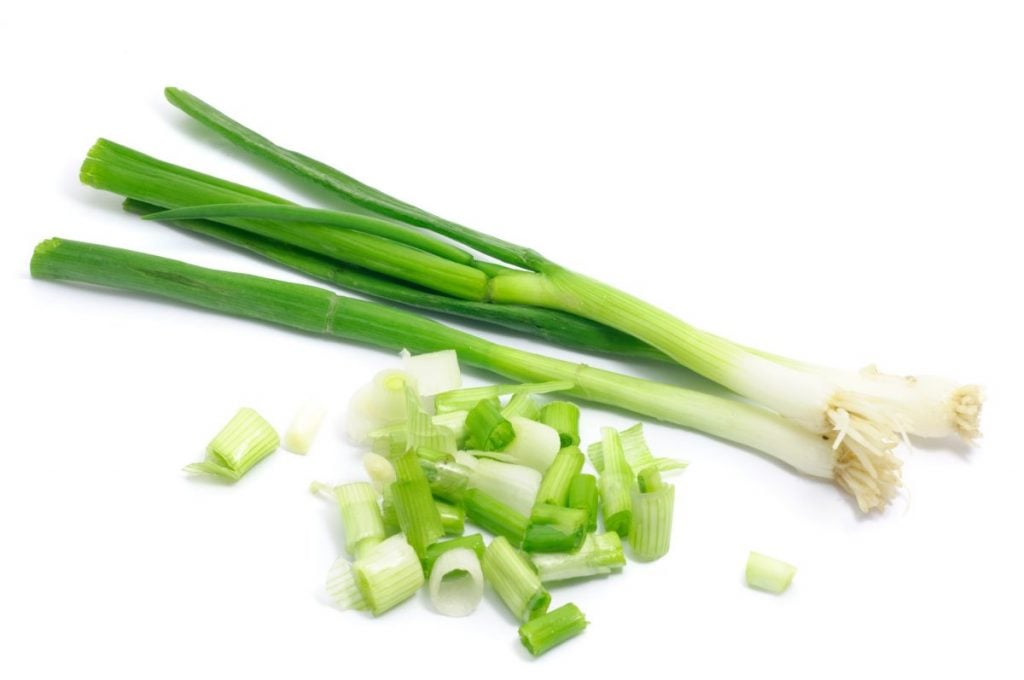 For an extra pop of flavor, not to mention more health benefits, sprinkle some of your favorite herbs and spices into the potato mix. Ground black pepper not only provides intense taste but is thought to have anti-inflammatory properties. Garlic powder, a popular potato seasoning that’s rich and aromatic, may reduce cholesterol and blood pressure. Finely chopped parsley has a strong, zesty flavor and contains apigenin, a flavonoid that is thought to protect against certain types of cancers. 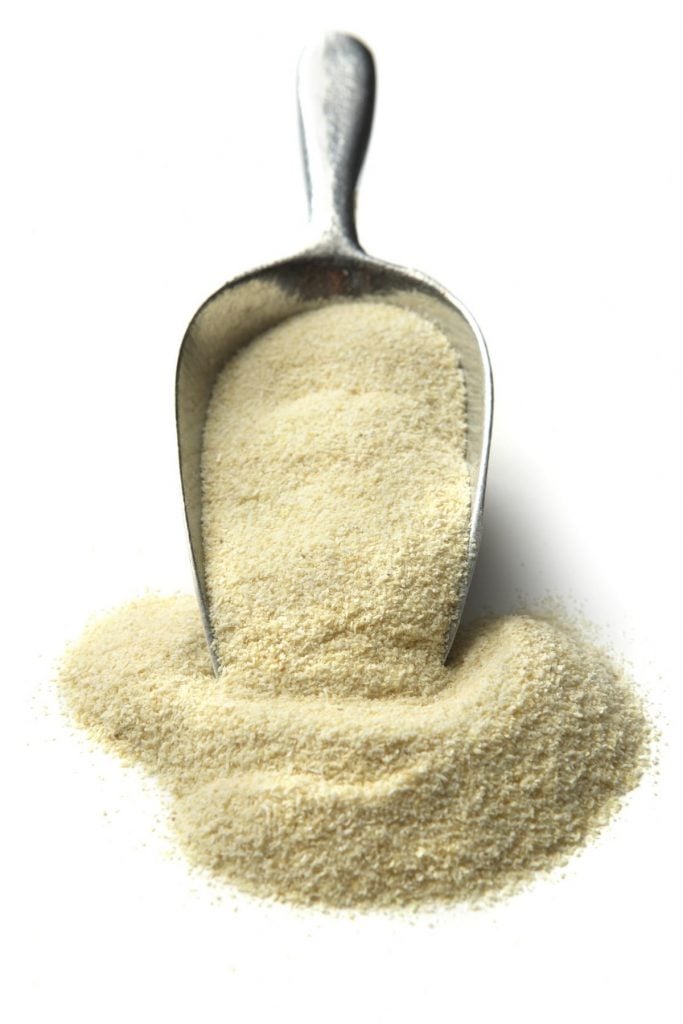 Fill Up Your Potatoes and Re-Bake

Add the bacon to the mixing bowl and use a potato masher to break it up and thoroughly mix together the butter, cheese, sour cream, potato mix, onion and any spices you may have added. Next, add the filling to each potato. Don’t be afraid to heap on as much as the shell will hold. Sprinkle on a bit more of your cheese of choice on top, then cook the potatoes at 350 degrees f for fifteen minutes or until the mix is golden brown. 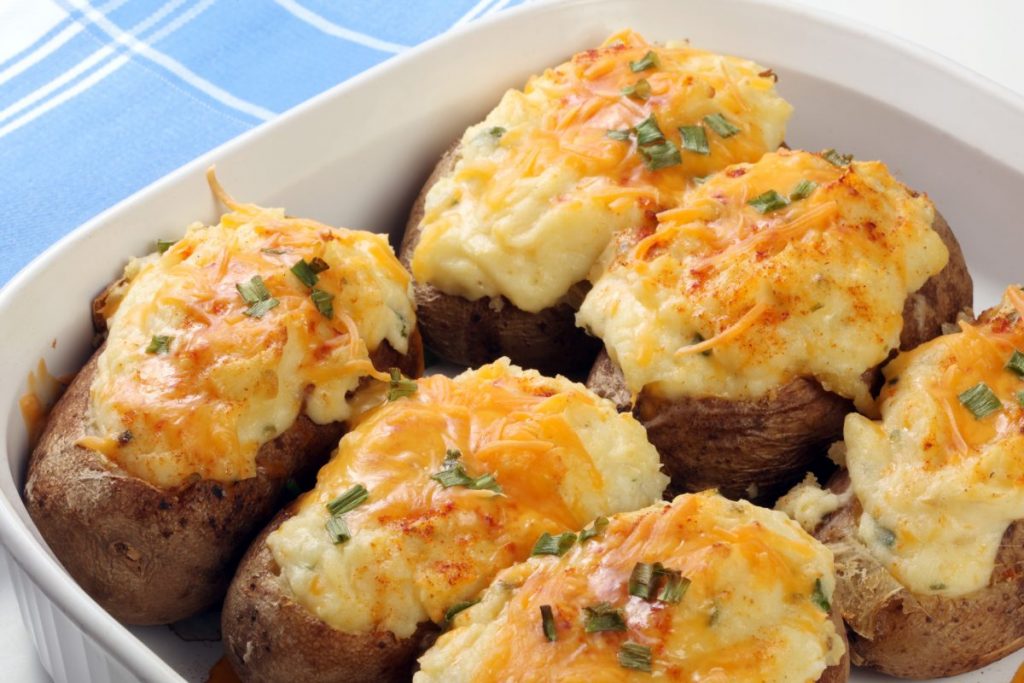