How to Make Traditional French Macarons

The French macaron is a meringue-based confection known for its pillowy texture, crunchy outer shell, and silky filling. Early versions of this bite-sized dessert date back to the 8th century, however, the macaron as we know it today was introduced to the world in the 1830s by Parisian confectioners, most famously Louis-Ernest Ladurée.

While these miniature confectionery delights have just four basic ingredients, the process requires a great deal of finesse and precision. Though a with a little practice, anyone can master these scrumptious treats.

For the vanilla buttercream filling: 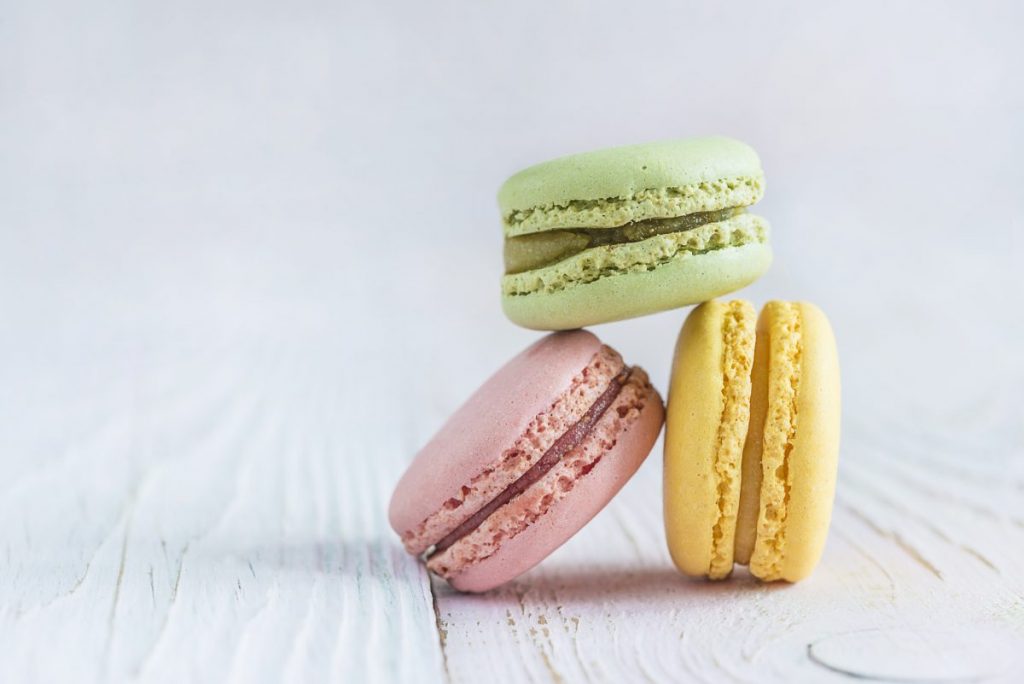 Preheat your oven to 350˚F (180˚C) with the rack positioned in the lower third. Line your baking sheets with parchment paper. Pro tip: Using a pencil, trace the outline of 1-inch circles on the back side of your parchment paper about 1 inch apart. This will serve as a guide to ensure your shells are uniform in size when piping the cookies. 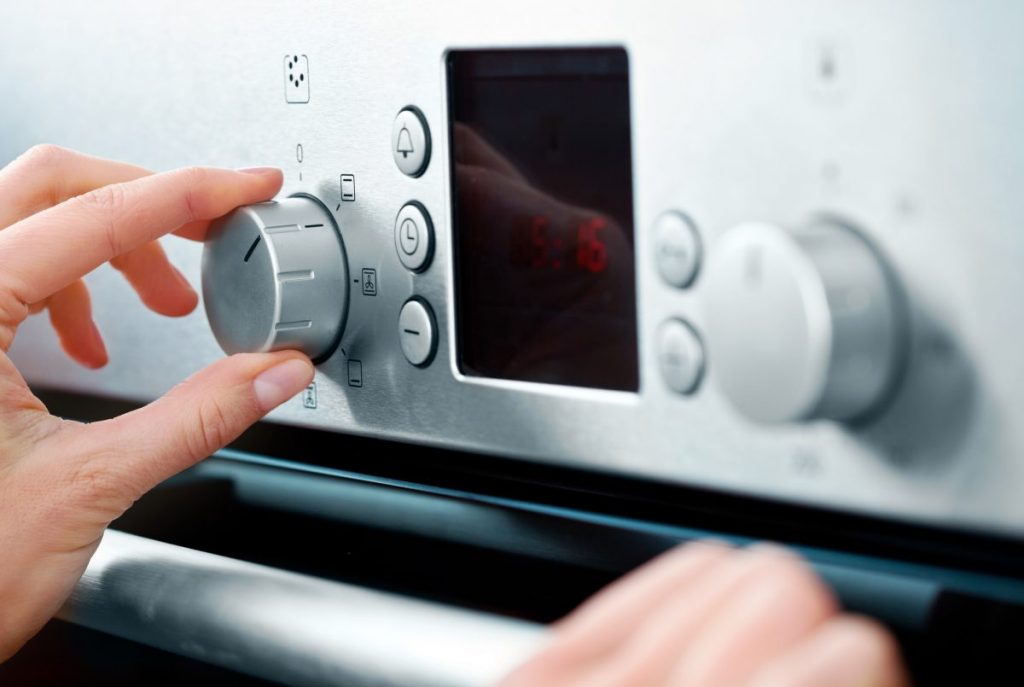 Combine the almond flour and powdered sugar in a food processor and pulse until very fine, roughly 30 seconds. Pass the mixture through a fine-mesh sieve and discard any larger pieces that won't go through. Set aside. Pro tip: If you don't have almond flour, you can make your own at home. Pulse blanched, skinless, unsalted, raw almonds in a food processor until fine. 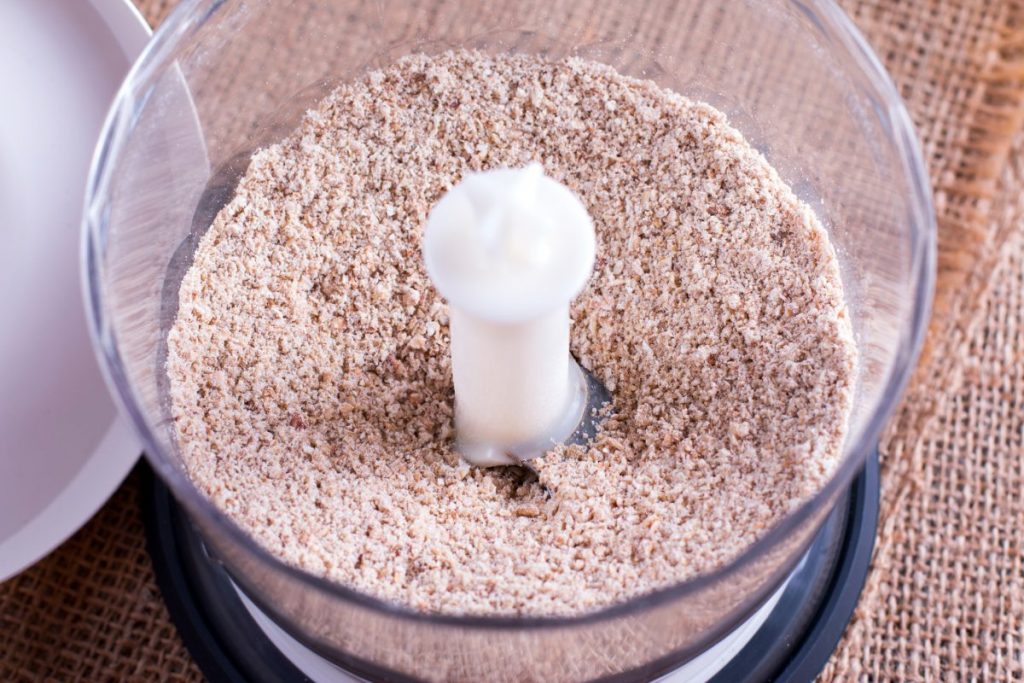 Place the eggs whites in your stand mixer and whip on high speed until foamy. Gradually add the granulated sugar 1 tablespoon at a time until stiff peaks begin to form, about 4 minutes. If using food coloring, add 1 to 2 drops and beat until just combined. Pro tip: For best results, age your egg whites. Separate them and let them sit for a few hours, or even overnight. This will dehydrate them to help you achieve a firmer, more stable meringue. 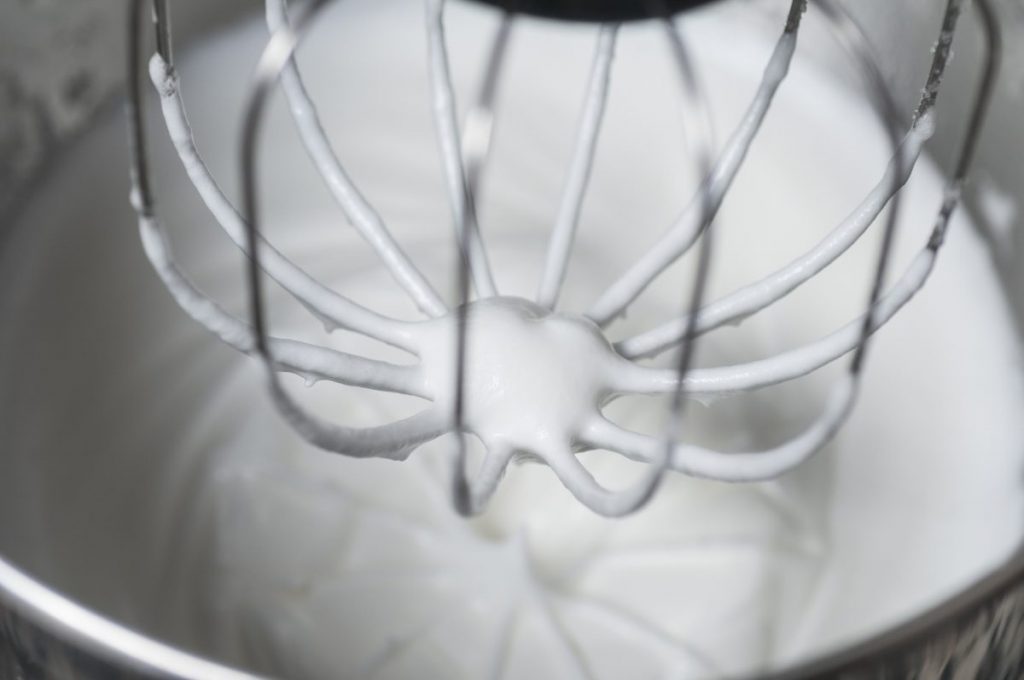 Fold the almond flour mixture into the egg whites in three separate additions. Once all the flour has been added, continue to gently fold the mixture together until you achieve a cake batter-like consistency, where the batter runs off your spatula in thick ribbons. Pro tip: It is important not to overmix or undermix your batter. Overmixing will result in a runny batter that will spread during baking and won't develop pronounced feet. If the batter is undermixed, too much air will remain, and the macarons will dry out and crack during baking. 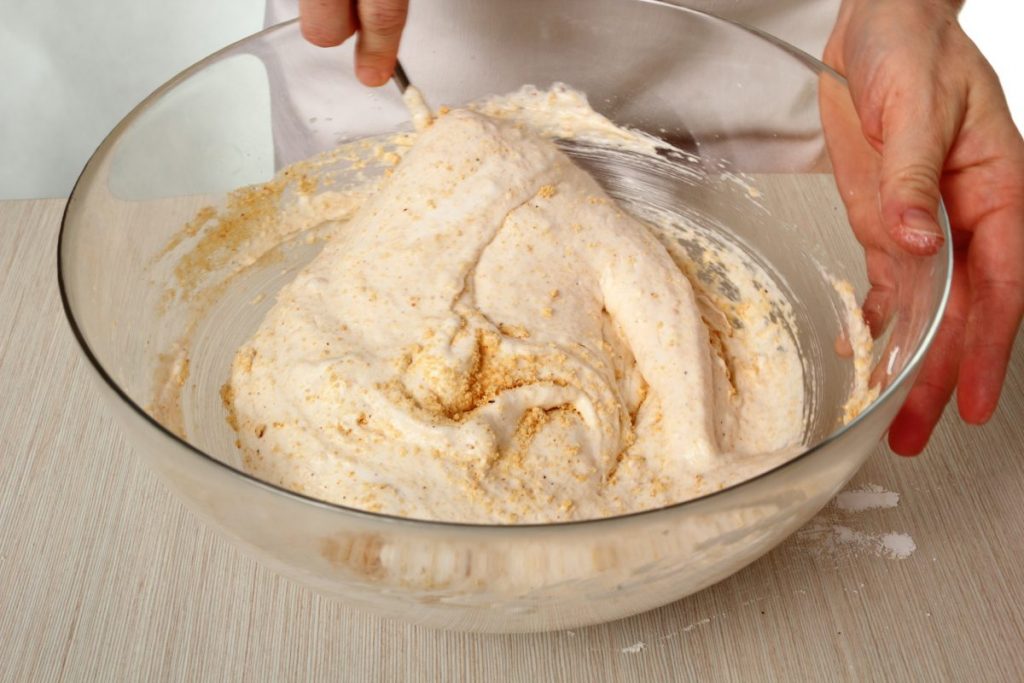 Fill the piping bag with your batter. Hold it upright with the tip about ½ inch above your baking sheet and pipe the batter straight down onto the parchment, using your traced circles as a guide. Once you've piped the macarons, gently bang the baking sheets on your counter to release any air bubbles. Let the trays sit at room temperature for about 20-30 minutes, until a skin has formed on the top and the tops are not sticky to the touch. Pro tip: Place the piping bag in a tall glass and fold the edges on the bag over the rim. This will keep the bag steady and upright, so it's easier to fill. 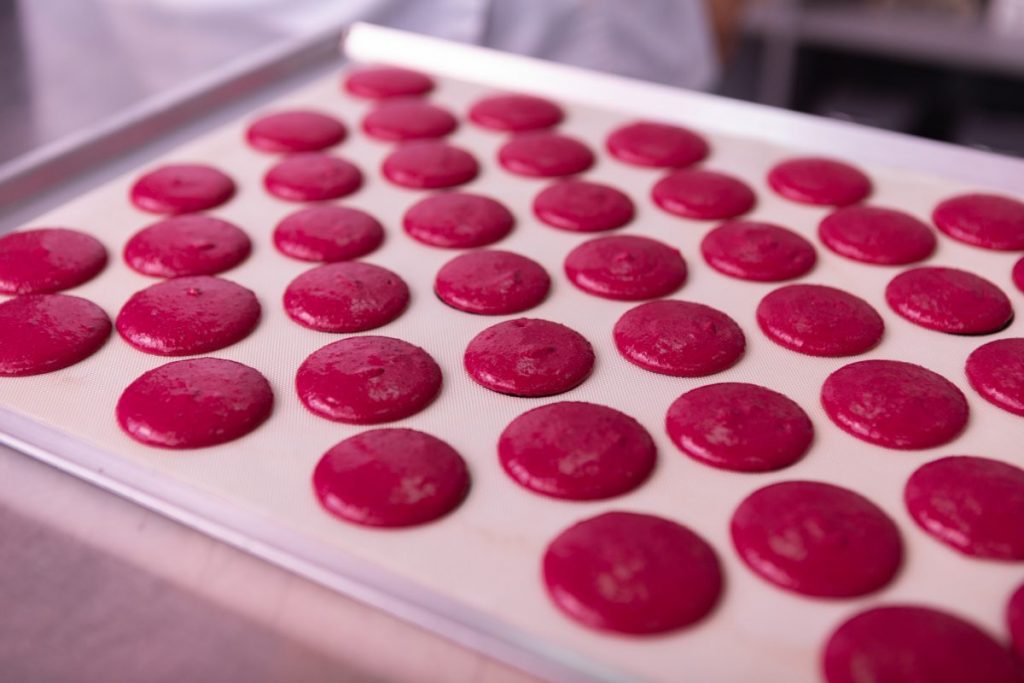 Place your baking sheets in the oven. Bake for 8 minutes, then rotate the baking sheets and bake for another 4 minutes. Make sure your shells have cooled for at least 20 minutes before removing them from the parchment. Pro tip: Every oven is different, so baking times may vary slightly. Keep an eye on your shells as they bake and remove them immediately if you start to notice any browning around the edges. 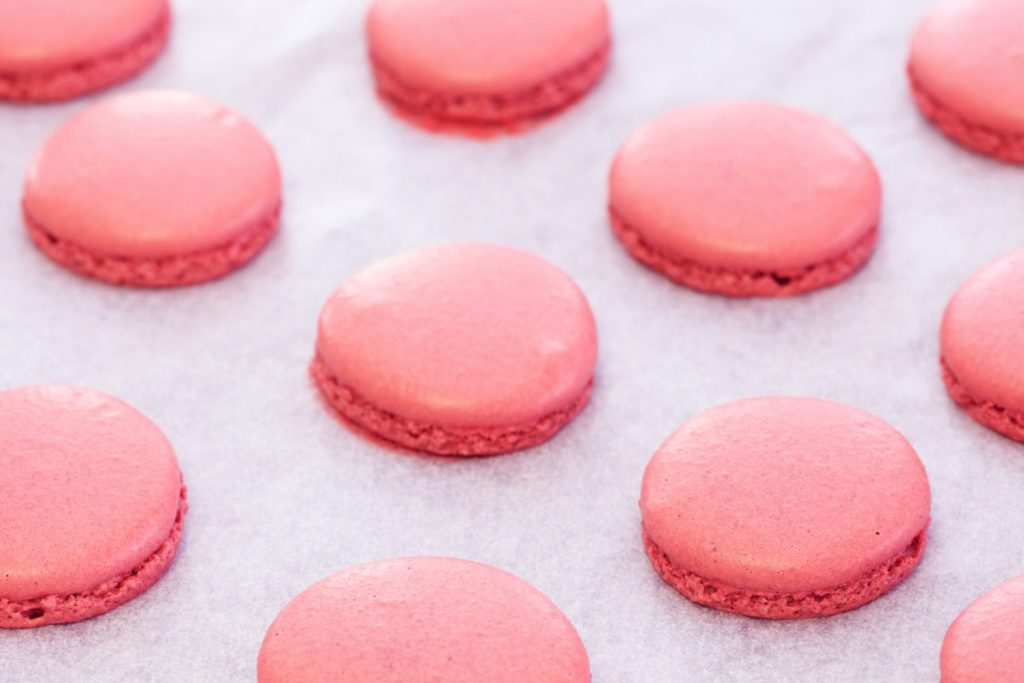 In your stand mixer fitted with the paddle attachment, beat the butter until light and fluffy, about 1 minute. Sift in powdered sugar and continue to beat on low speed until fully combined. Add the vanilla and milk and beat again, increasing the speed to high until you reach your desired consistency. Pro tip: Make the filling ahead of time and refrigerate, so it's fully set and ready to pipe. 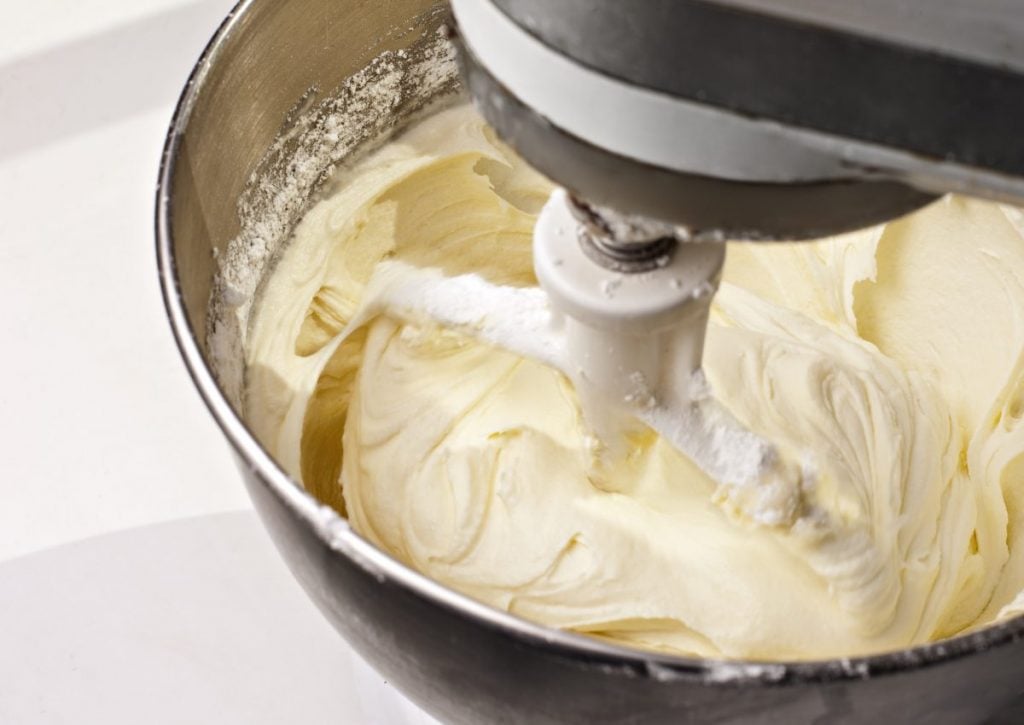 Flip half the shells, so the flat side is facing up. Using your thumb, gently press the center of the shells to make a small indent. Pipe a small dollop of filling into the indented shells and top with the remaining shells, sandwich-style. Gently press the two sides together, so the filling spreads to the edges of your cookie. Arrange on a small plate or dessert stand and enjoy! Pro tip: You can store filled macarons in an airtight container for up to three days in your refrigerator, or place in the freezer for up to one month. 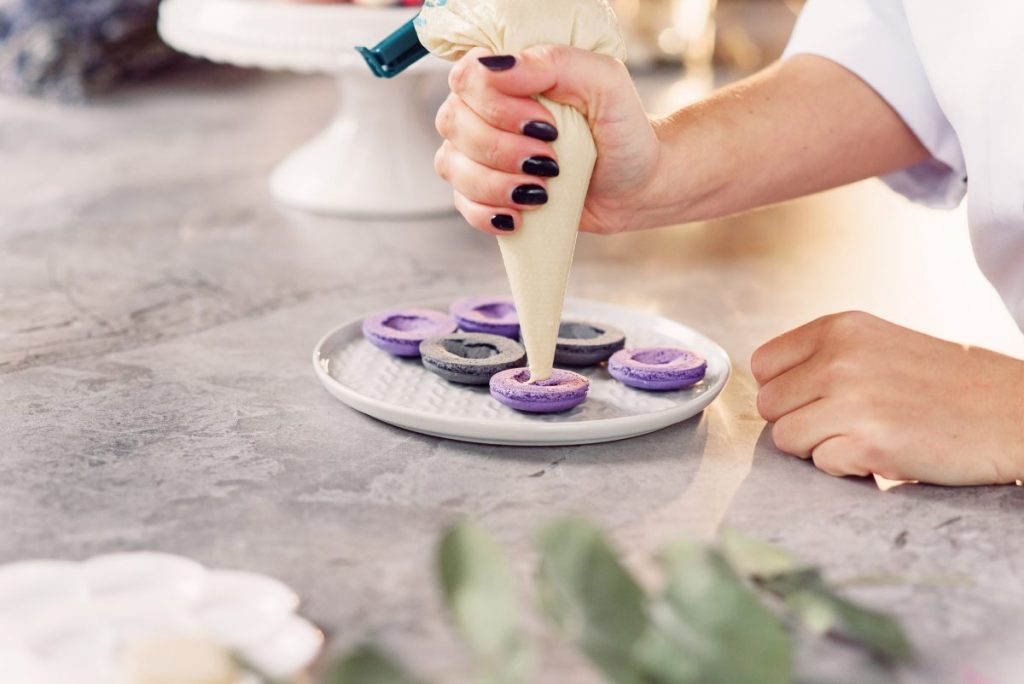 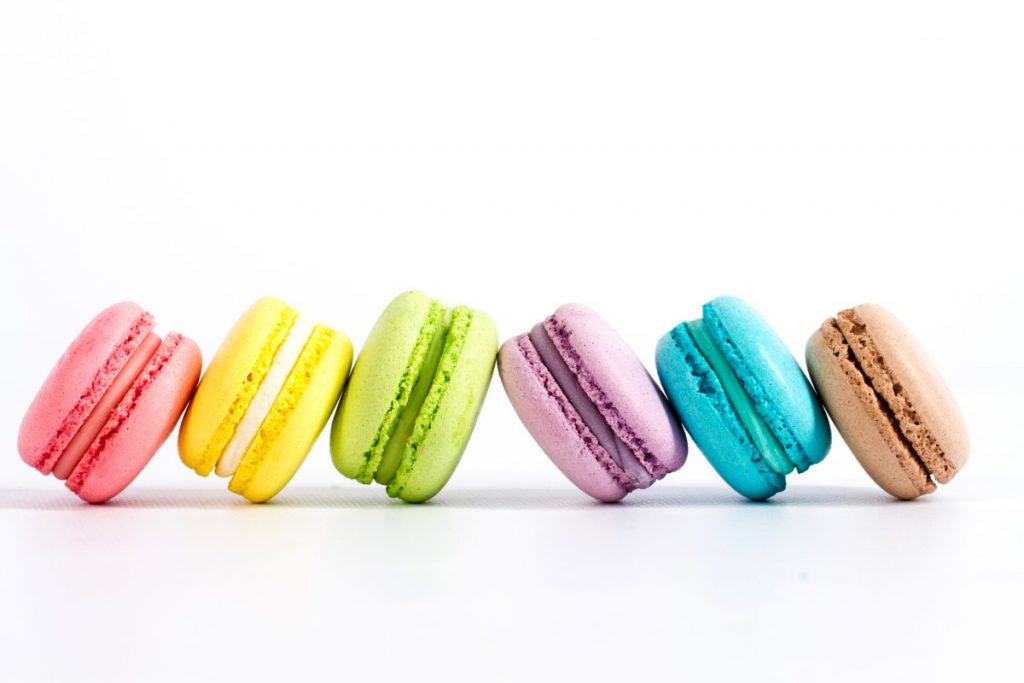