How to Make Traditional and Modern Pound Cakes

Cakes can be complex and intimidating to bake, particularly when you are new to baking. However, pound cakes are much easier and act as a delicious stepping stone in the process of becoming a baker. Even if you aren’t new to baking, pound cakes are tasty enough that they can become a go-to dessert of choice. Plus, there’s many variations and changes that allow you to create a different pound cake every time and add your own flair.

Where Pound Cake Got its Name

Pound cake is a dessert that has survived for hundreds of years. The first American cookbook, American Cookery, contained a recipe for pound cake in 1796. Most pound cakes require a minimum of four ingredients: flour, butter, eggs, and sugar. Pound cake’s name comes from these ingredients because a traditional recipe calls for a pound of each ingredient. Modern pound cake recipes add in other ingredients, so they don’t typically require a full pound. 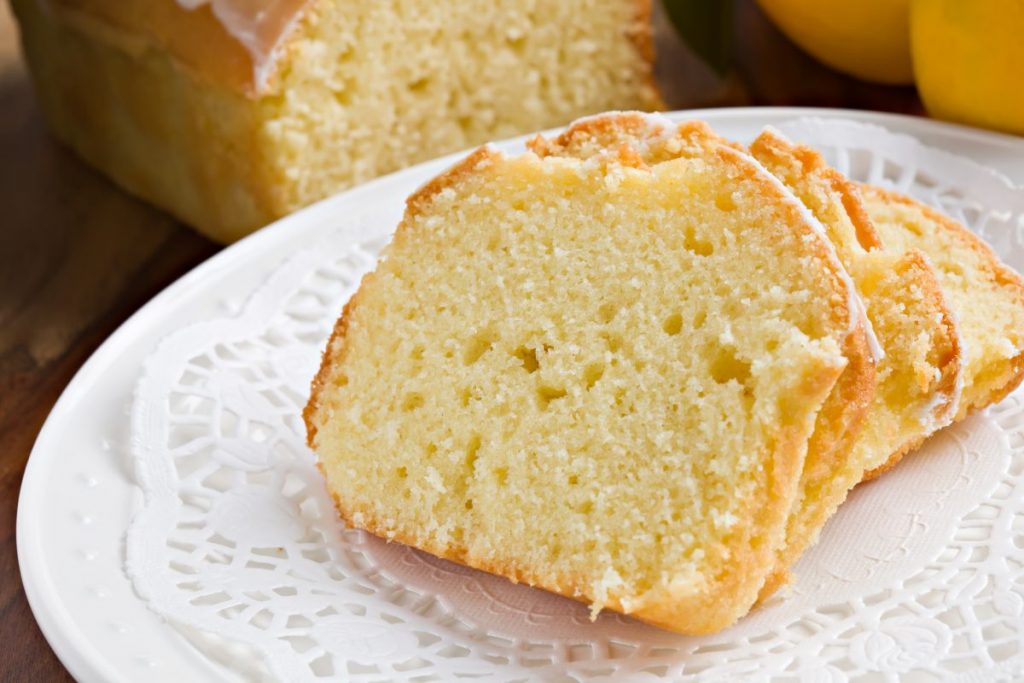 During the baking process, it’s possible for modern pound cakes to turn out dry. In recipes with milk, try using buttermilk as a substitute. Buttermilk contains more lactic acid than milk does. The lactic acid reacts energetically with gluten and will typically result in a cake with a softer texture. However, some pound cake recipes require baking powder. With both buttermilk and baking powder, the mixture may become too acidic. Substituting baking soda in for the baking powder can prevent this issue. Alternatively, you can use sour cream or cream cheese to soften pound cake. 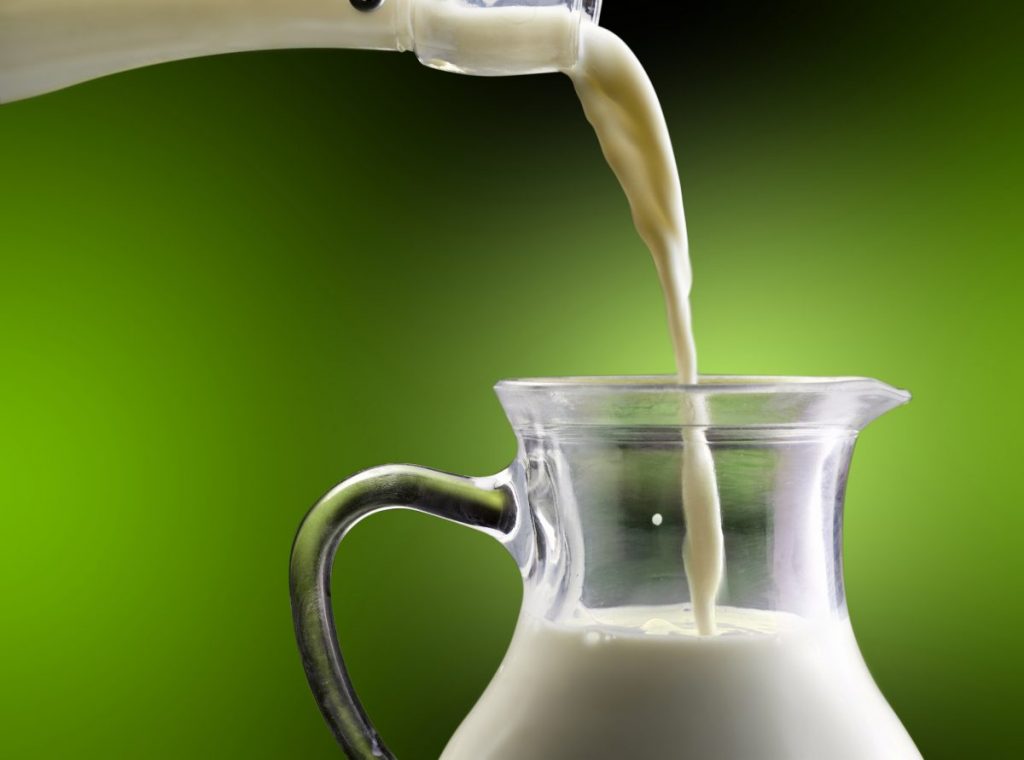 How Many Eggs to Use

When making a traditional pound cake, it can be difficult to determine how many eggs equal up to a pound. Eggs, particularly those from farmer’s markets or organic stores, vary in size and weight. You can resolve the issue using a kitchen scale, but not every aspiring baker has access to one. If you don’t have a scale, the rule of thumb is that a large egg is usually fairly close to two ounces. Typically, a pound would consist of eight to nine large eggs. 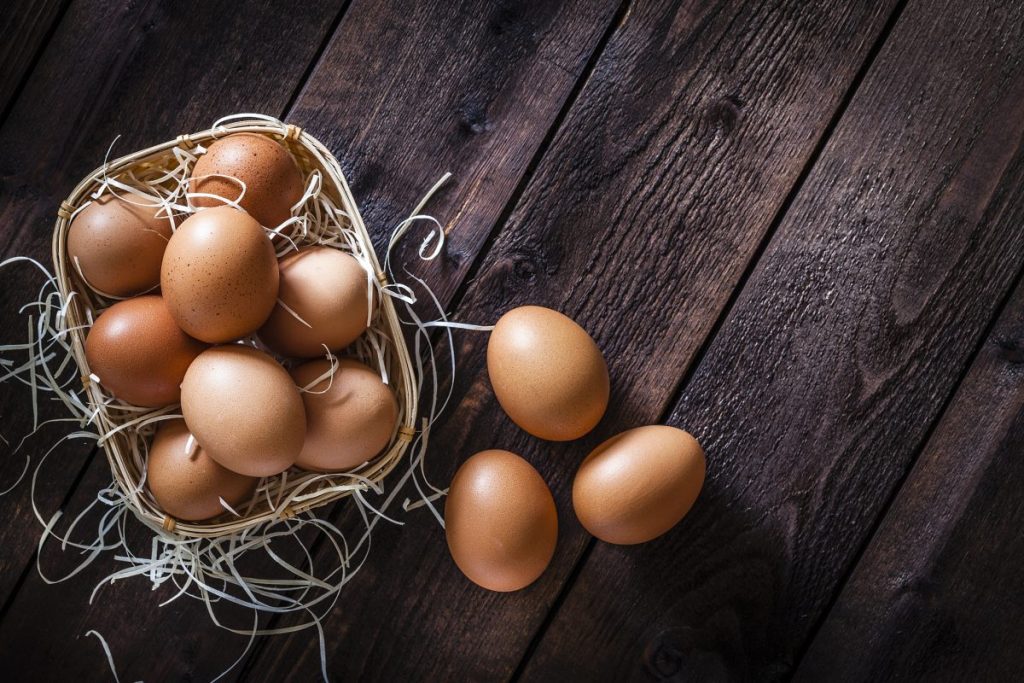 There are a number of tips that may help improve your pound cake. 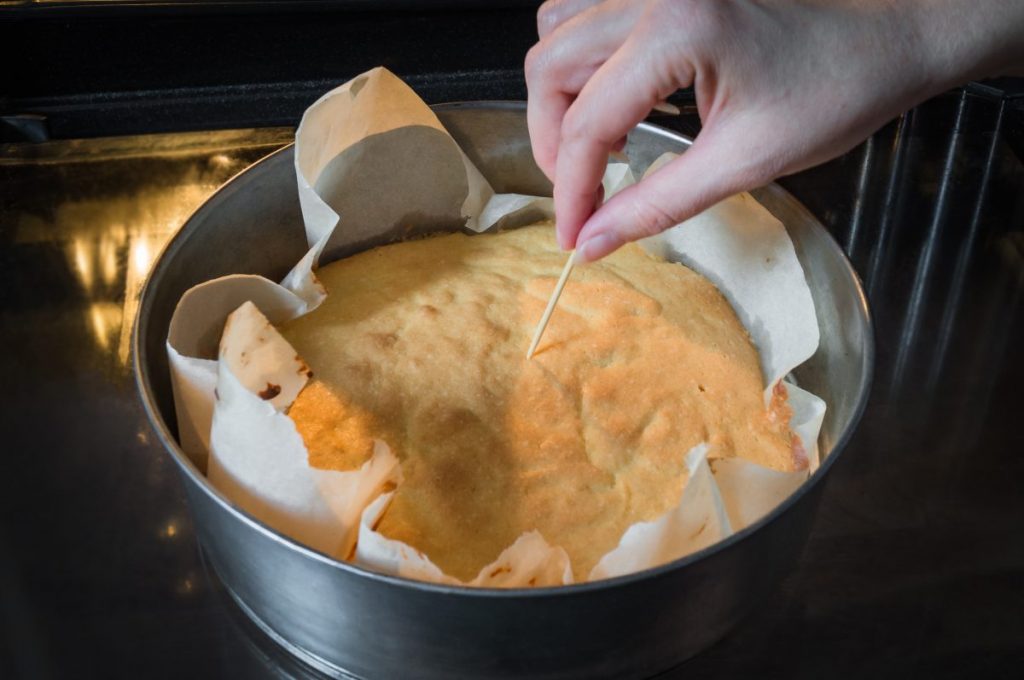 Traditional pound cakes are simple to make and don’t require many utensils or tools. All you need is:

The ingredients for a traditional pound cake are straightforward:

If you don’t want to make two loaves, you can simply halve the ingredients and use a single pan. 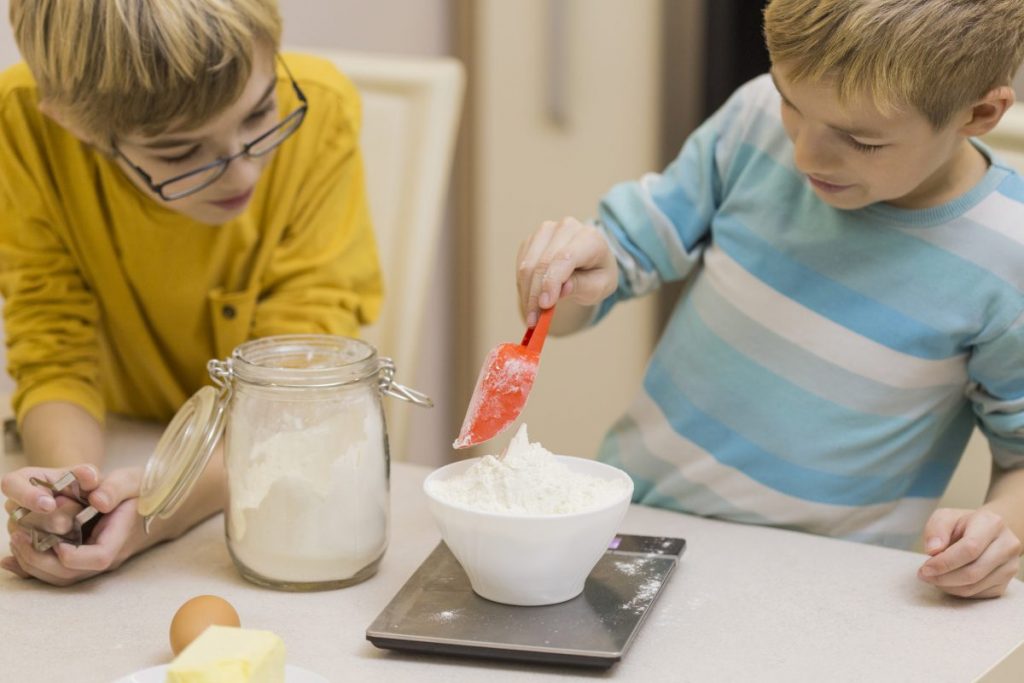 To begin, preheat the oven to 350 degrees f. Then lightly grease the loaf pans with butter and dust them with flour. In the mixing bowl, use the hand mixer to slowly cream the butter until it is light and fluffy. Slowly beat in the sugar until the mixture is smooth. Once the mixture has the ideal consistency, add in the eggs one by one, lightly mixing as you go. Then you can add flour in small amounts, mixing in between each addition. Once the mixture is smooth, you can add half to one pan and half to the other. You can use aluminum foil over the top of the pans to prevent excess browning. Bake in the oven for around an hour. 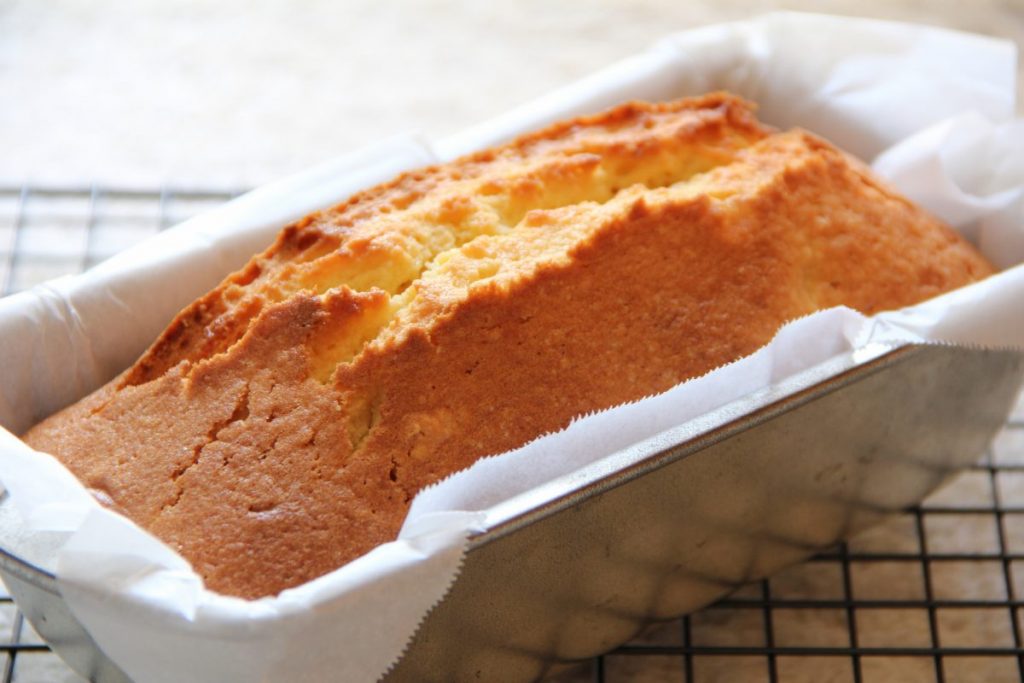 Once you’ve mastered the traditional pound cake, you’re bound to want to experiment a little bit. If you’re looking to innovate your pound cakes and trying something new, you can create vanilla pound cake by adding two teaspoons of vanilla extract as you add the eggs. Another popular alternative is lemon pound cake. You can do this by adding two tablespoons lemon juice or one teaspoon lemon extract to the mixture. 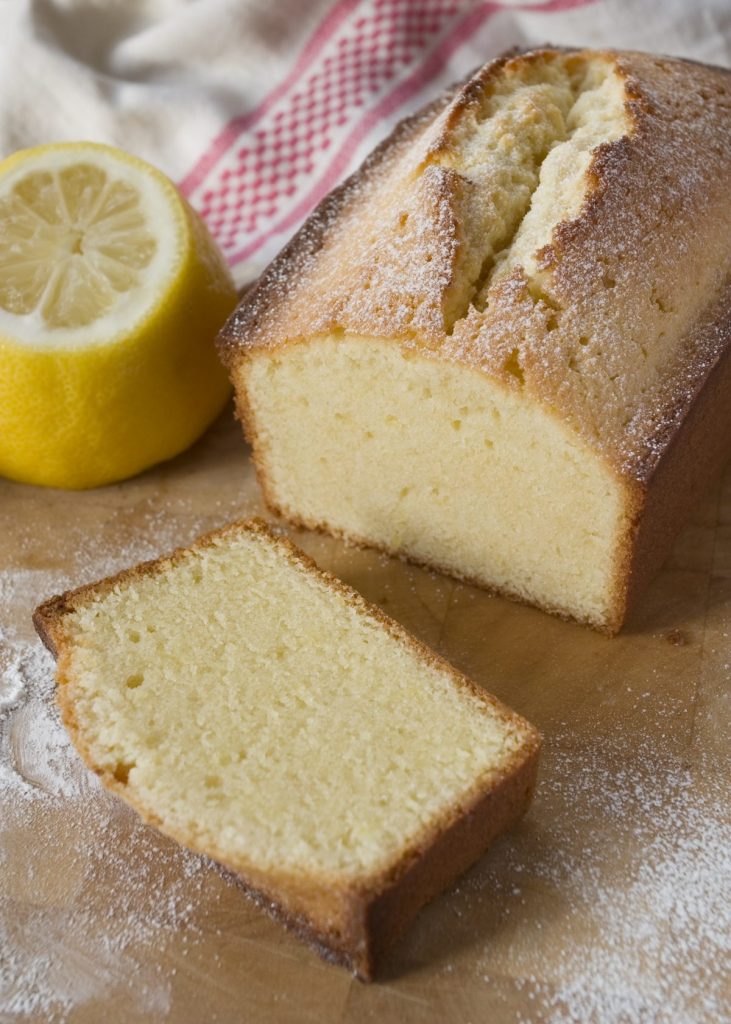 If traditional pound cakes are too rustic, you can try a more modern recipe. Ingredients for two loaves of modern vanilla pound cake are:

Though similar to a traditional pound cake, this modern recipe uses milk as a substitute for some of the butter and balances out the lack of eggs with other ingredients for a more developed taste. To bake these loaves, you can follow the instructions for the traditional recipe. During the mixing process, you add in the milk just before the flour. You add in the other dry ingredients after you mix in the flour. 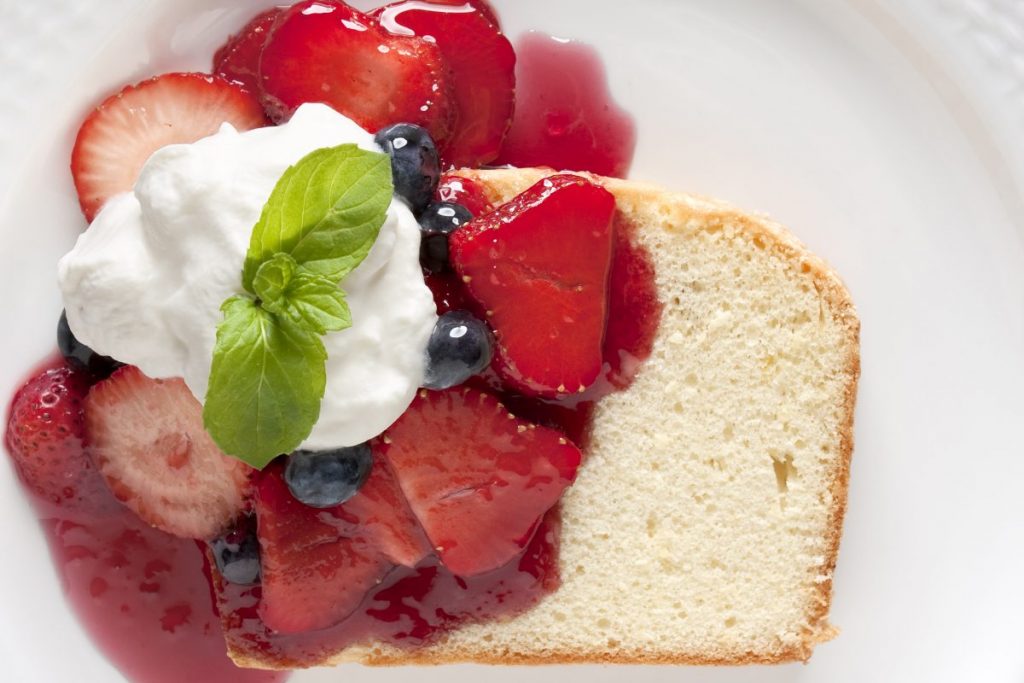 Though plain pound cakes are still delicious, they can seem a little boring. If you would like to add some flair to your baking, you can add extra elements to the pound cakes once they’re ready. A simple way to add interest to a pound cake is with a glaze. Most glazes are incredibly simple to make, but add a new world of flavor. If you are making a vanilla pound cake, you can make a vanilla glaze by whisking a cup of powdered sugar with two tablespoons water and one teaspoon vanilla extract. You then pour it over a warm, baked pound cake. Additionally, you can also add strawberries or whipped cream for a fresh taste. 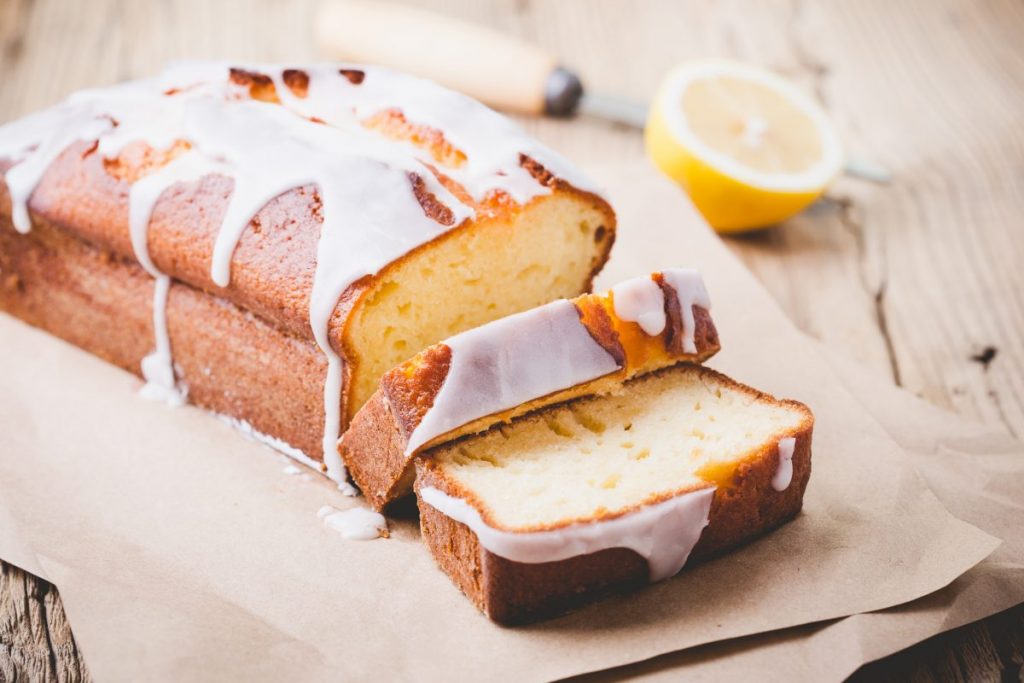 How Long Does Pound Cake Keep

Not every pound cake you bake is going to vanish in an instant. Generally, a pound cake will keep at room temperature for around three to four days if it is in a container with a tight seal. Refrigerating most cakes can ruin their texture, though pound cakes are usually denser than regular cakes. This makes them more resistant to the cold. Some people choose to bake their pound cakes ahead of time and then freeze them. Most pound cakes should keep for a least a couple of months in the freezer. 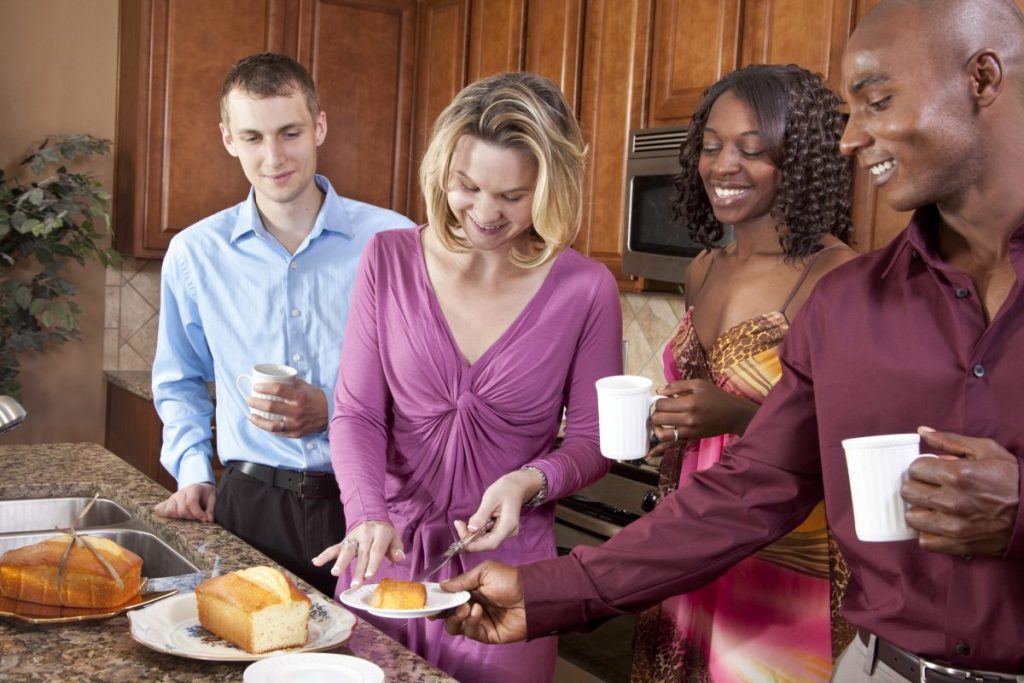