How to Make the Best Apple Pie

HomeHow to
View content in gallery
By Neil, Facty StaffUpdated: May 10, 2019
Advertisement

Apple pie is a popular year-round dessert. To make the best apple pie, choose high-quality ingredients. You can often find freshly picked apples at a local farmer's market. Granny Smith apples are the traditional choice, but try experimenting with yellow and green apples, or even replace two or three with your favorite type for a unique flavor. Making a pie crust is easier than you might think. Apple pies are often made with a solid crust, although Dutch apple pies are covered with a crumb crust. Lattice tops can be used, or you can add leaf, turkey, or apple cut-outs.

To make the best pie crust, all ingredients should be as cold as possible, but not frozen. Place flour, shortening, and even the mixing bowl into the refrigerator to chill for at least an hour. Fifteen minutes before you are ready to mix the pie dough, measure a cup of water and add ice cubes. 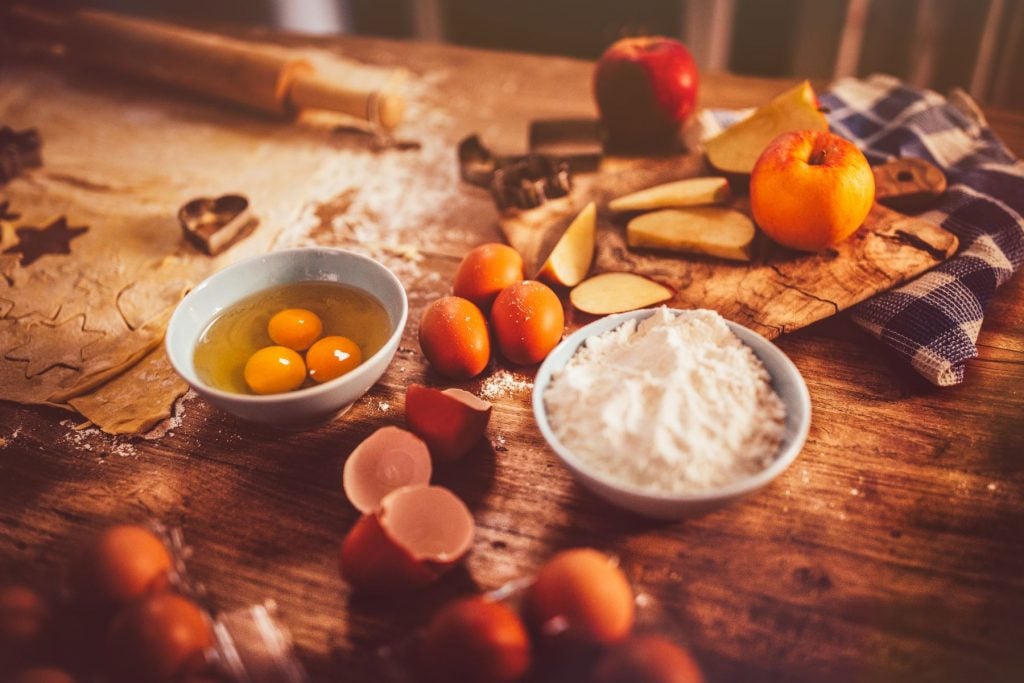 The pie crust will need to be prepared and allowed to chill for at least an hour before it is rolled out, so you can prepare the apples and filling while it is chilling. To make the best apple pie, you will need the following:

If you prepare the apples prior to placing them in the pie, put them in a baggie and add one teaspoon of lemon juice, shake well and drain to prevent them from browning. This recipe makes a nine-inch pie. 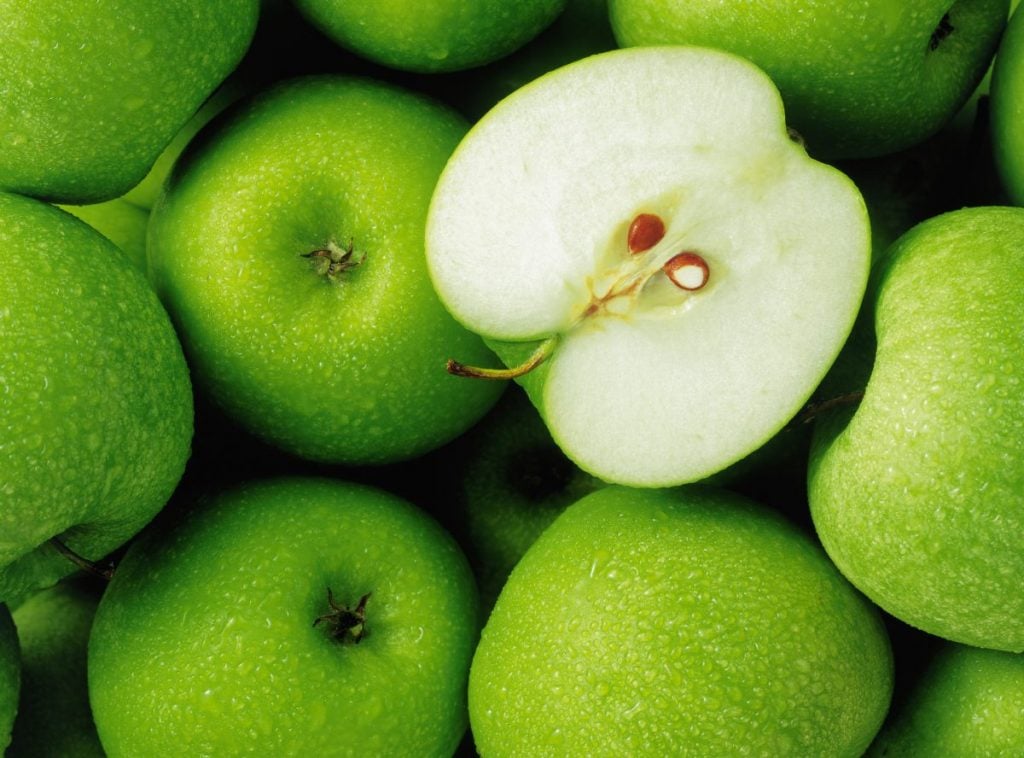 The Secret to Perfect Pie Crust

There are a few secrets that will improve your crust. First, work with cold everything. Second, do not overwork the dough, pie crust demands a light hand. Third, too much water can make your crust tough, while too little will make it fall apart. The dough should form a ball, but not be sticky, nor crumbly. Fourth, shortening has a higher melting point and may be a better choice than butter for beginners. Finally, refrigerate the dough prior to rolling it out. 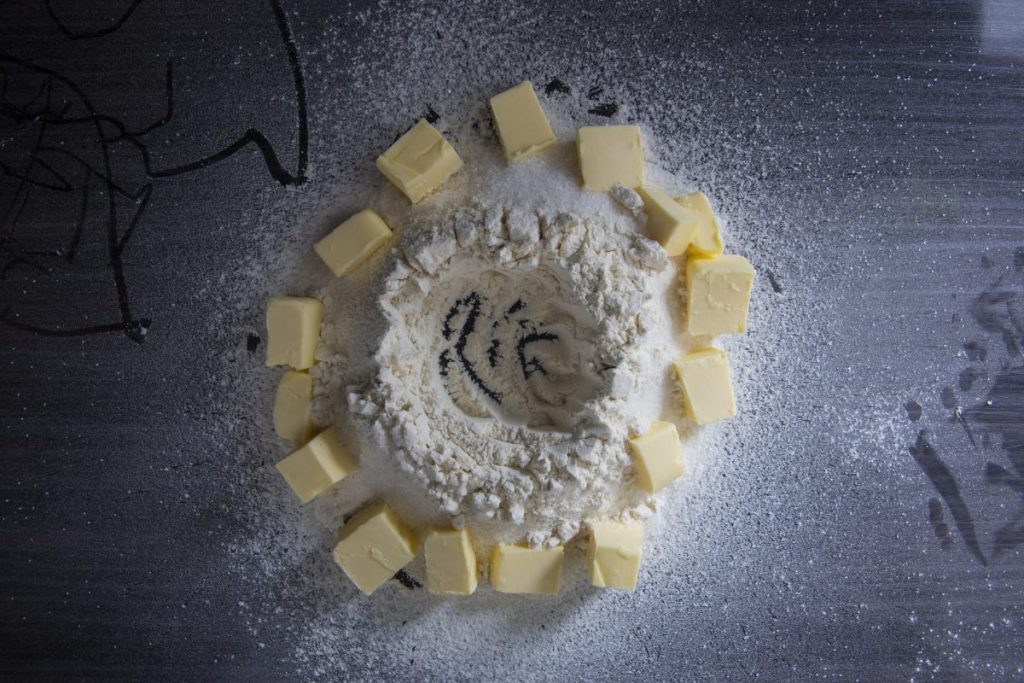 If you do not have a pastry cutter, two butter knives, or even a fork can be substituted. The knives are worked at angles, slicing the shortening into smaller pieces as you go. If you're using a pastry cutter or a fork, be careful not to mix the shortening into the flour. Flakiness is created as the moisture heats and creates layers of shortening and flour. Place the flour and salt into a bowl, and cut in the shortening until it resembles crumbs. Add four tablespoons of water into the center, lifting the edges of flour to moisten it. Add additional water one tablespoon at a time until the desired consistency. Depending on how dry the flour is, this will be a total of approximately six tablespoons of water. Do not knead the dough, but shape it into two hard balls, wrap in plastic and refrigerate for one hour. 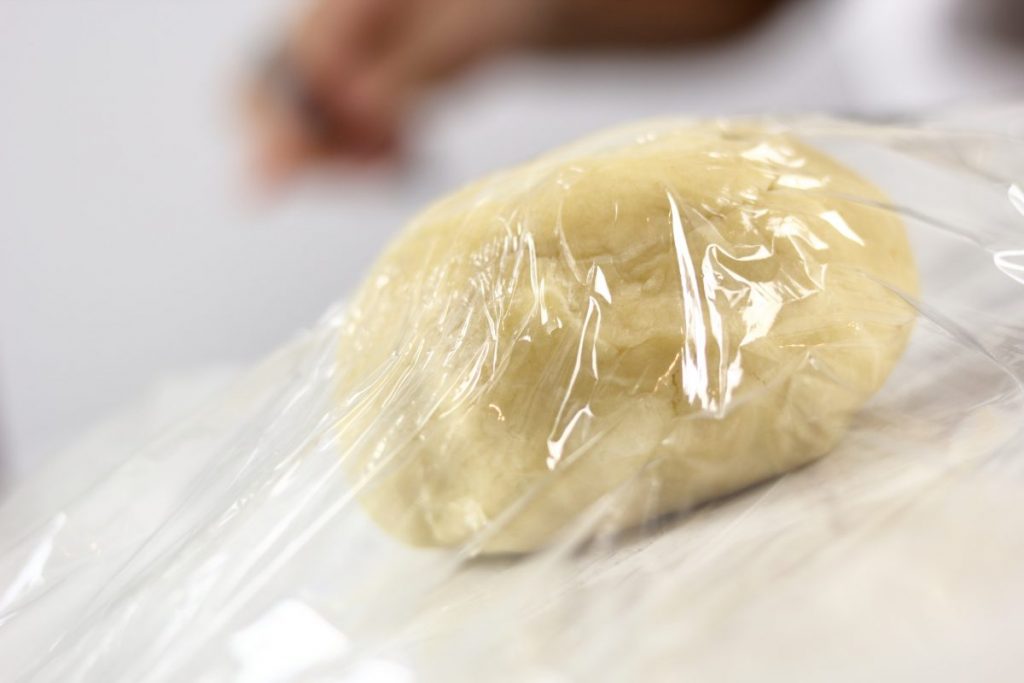 Rolling Out the Pie Crust

Unwrap one of the two balls of dough and place on a floured counter. Using your hand, slightly flatten the dough, pressing down the edges to erase any cracks. Turn it over, so both sides are floured. Dust the rolling pin with flour and begin rolling the dough, working from the middle out. Turn the dough over one more time. Place the inverted pie pan over the dough to ensure it is approximately one and a half to two inches wider than the pan. Fold the dough into quarters and lift into the pan, or gently roll it around the rolling pin and unwrap over the pan, being careful not to tear the dough. Repeat with the top, leaving it until the filling has been placed in the pan. 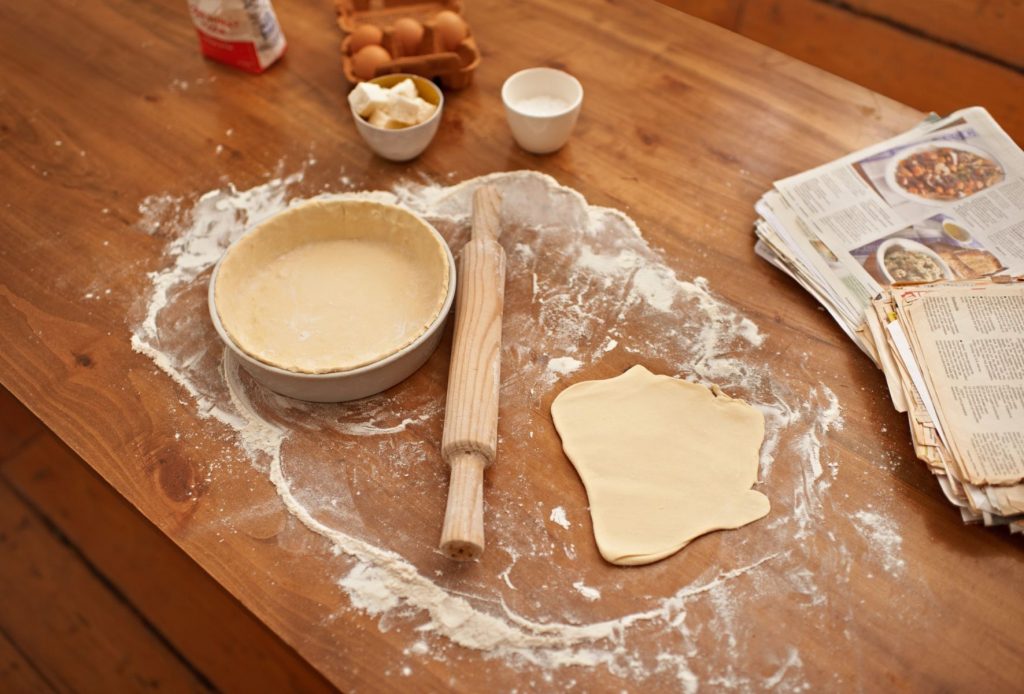 Preheat the oven to 425 degrees. There are two ways you can prepare the apple pie filling. First, you can place the 2 tablespoons of butter in a saucepan, melt it and add the remaining ingredients. Bring to a boil and pour over the apples after they are placed in the bottom crust. The other alternative is to place all the filling ingredients except the butter in a plastic bag and shake to coat the apple slices evenly. Pour over the bottom crust and dot with butter before adding the top crust. 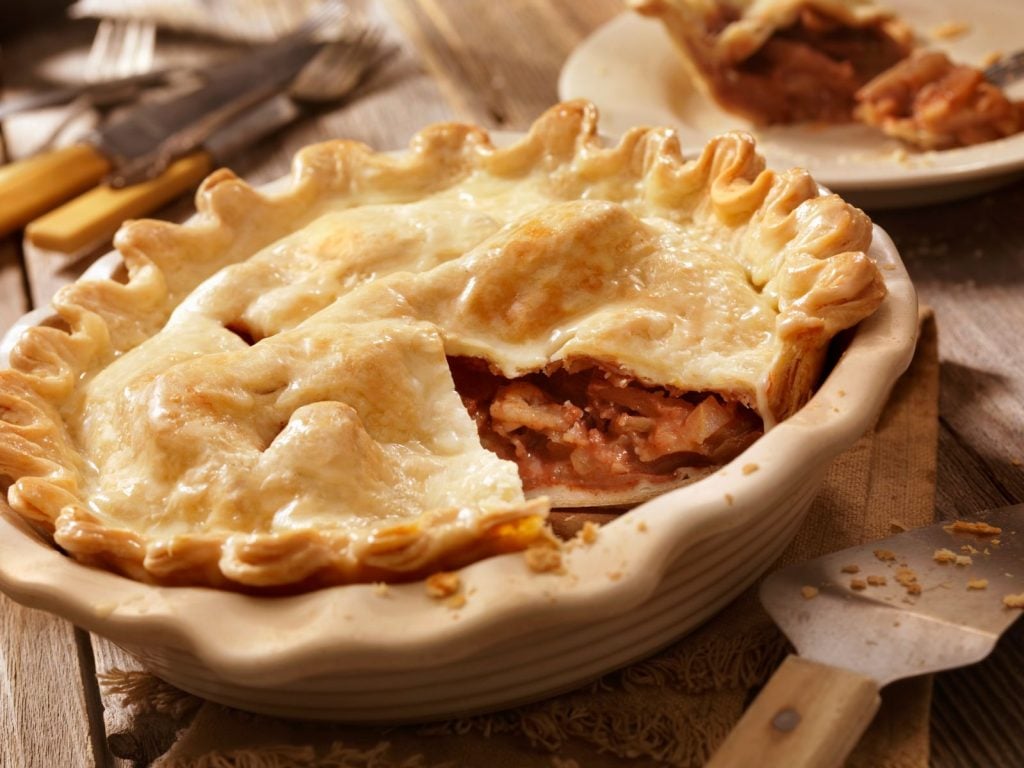 Place the top crust over the pie. Gently tear off dough, leaving about a half-inch to an inch over the edges. This overhang is used to flute the edges. To do so, gently fold and press using your thumb and forefinger of each hand as you work your way around the edge. You can also roll and use a fork to press indentations on the top. Place any cut-outs you made with extra dough and cut four one-inch vents with a knife or press fork tines around the top to release steam. You can brush with an egg white for a glossy top, or simply sprinkle with sugar or sugar and cinnamon. 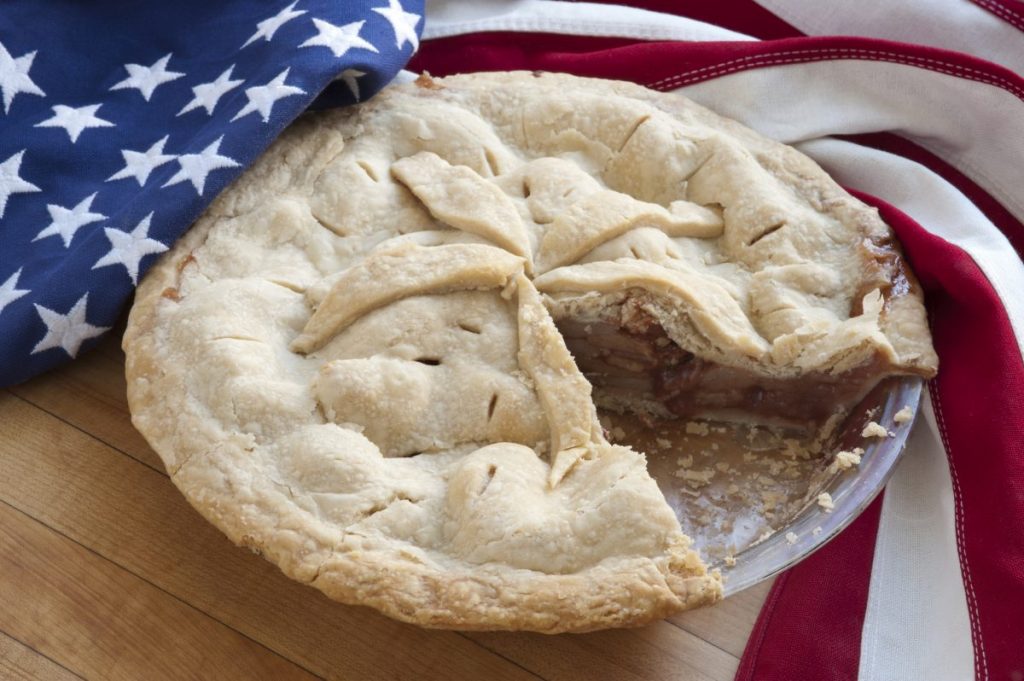 Place the pie into a preheated 425-degree oven on the top rack for a propane oven, or on a middle rack for an electric oven if the heating element is at the top. Bake for 15 minutes, reduce heat to 350 degrees for approximately 40 minutes. You may need to cover the edges with foil to prevent them from over-browning during the last 15-20 minutes. 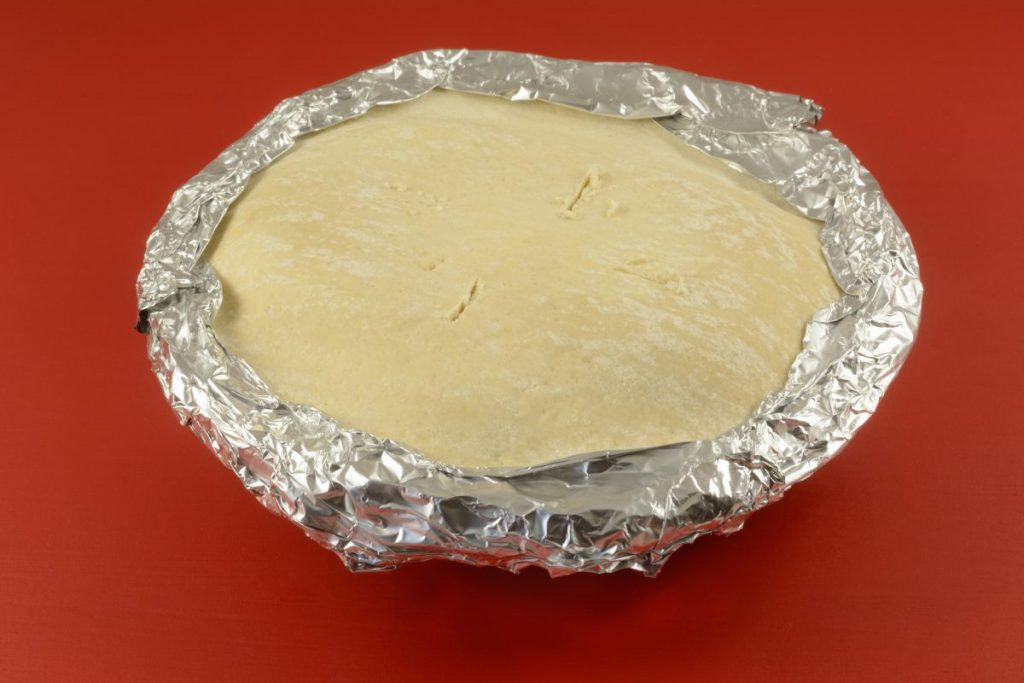 Slicing pie before it is cooled turns into a mess, with filling running out of the edges and possibly collapsing the top crust. Wait until the pie is cool before slicing and serving. A nine-inch pie can be sliced into either sixths or eighths. Make the first slice halfway across the pan from one side to the other. This will usually provide more uniform pieces than slicing out only one that is pie-shaped. 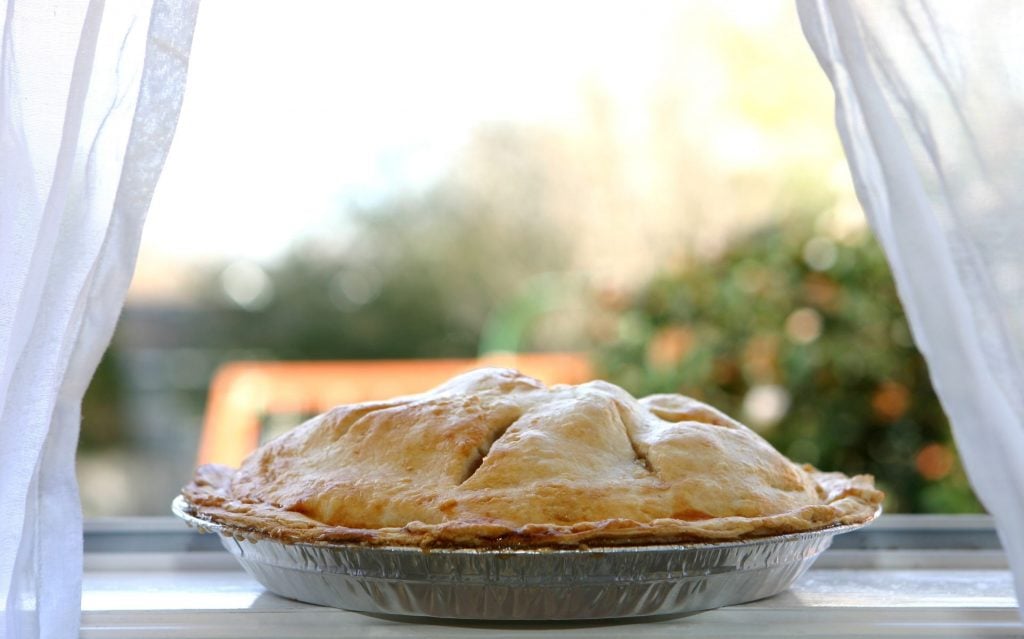 Apple pie is often served with ice cream, although caramel or even cheddar cheese can be used as accompaniments. Caramel or caramel and pecans can be placed on the bottom crust before adding the apple filling. A simple streusel topping can be used in place of the top crust, or you can replace it with the ever-popular Dutch topping. However you make a homemade apple pie, it is likely to be appreciated and gone before you know it. 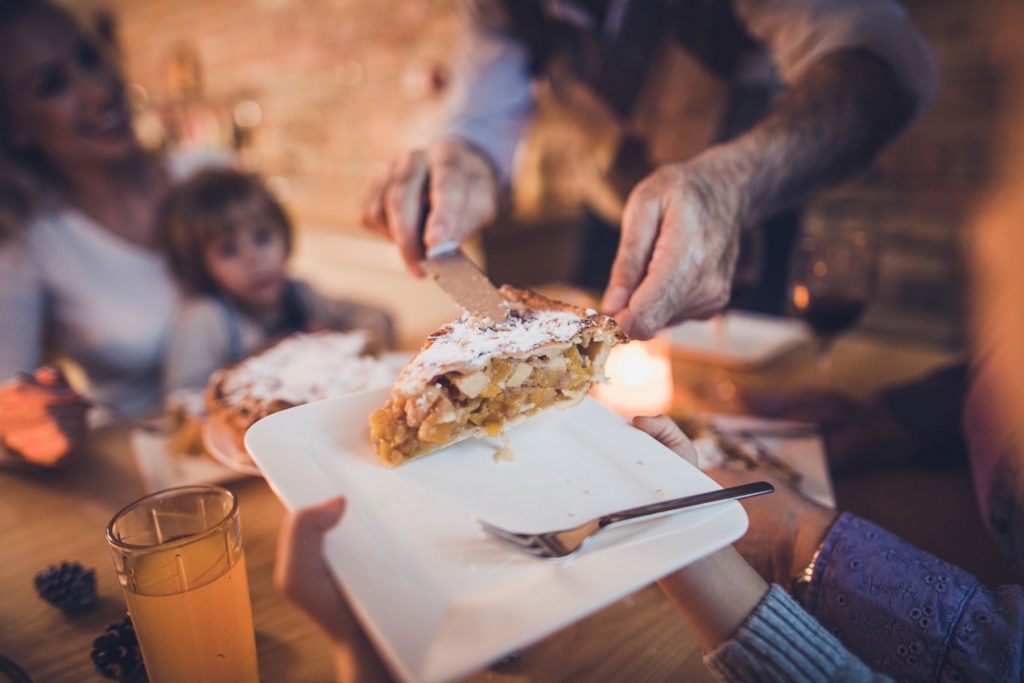