How to Make Sweet Potato Pie

Sweet potato pie is as popular across some tables during Thanksgiving and Christmas as pumpkin pie! It's a delicious alternative that takes advantage of the slightly cheaper, and naturally sweeter vegetables like sweet potatoes and yams. If you've never tried it before then you should. It's full of the same nutrients as a baked sweet potato and paired with a flaky crust that is light and flaky. Folks who don't like the taste of pumpkin may find they absolutely love a slice of sweet potato pie.

Gather the Ingredients for the Pie Filling

The ingredients you'll need for the sweet potato custard portion of the pie are:

If you plan to make your own crust then you will also want one 9-inch unbaked pastry pie shell pressed into a 9-inch pie pan. 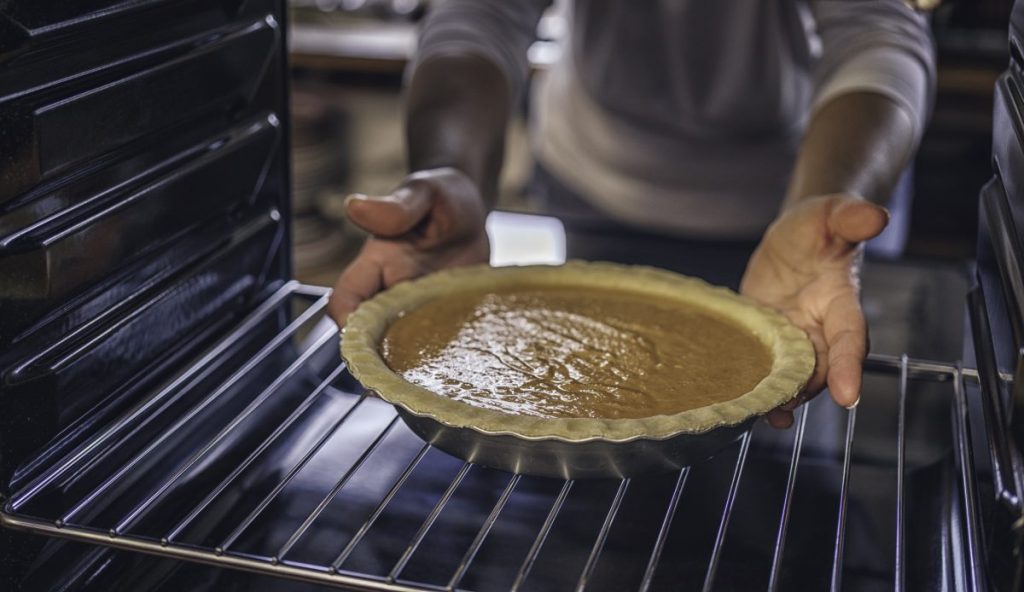 If you decide you want to make your own pie crust, then you'll need to gather:

The key to a perfectly buttery and flaky pie crust is to make sure that the butter is right out of the refrigerator and still cold and to use ice water. This keeps the butter from melting before the oven works on it and that gives a perfect pie crust the best texture! 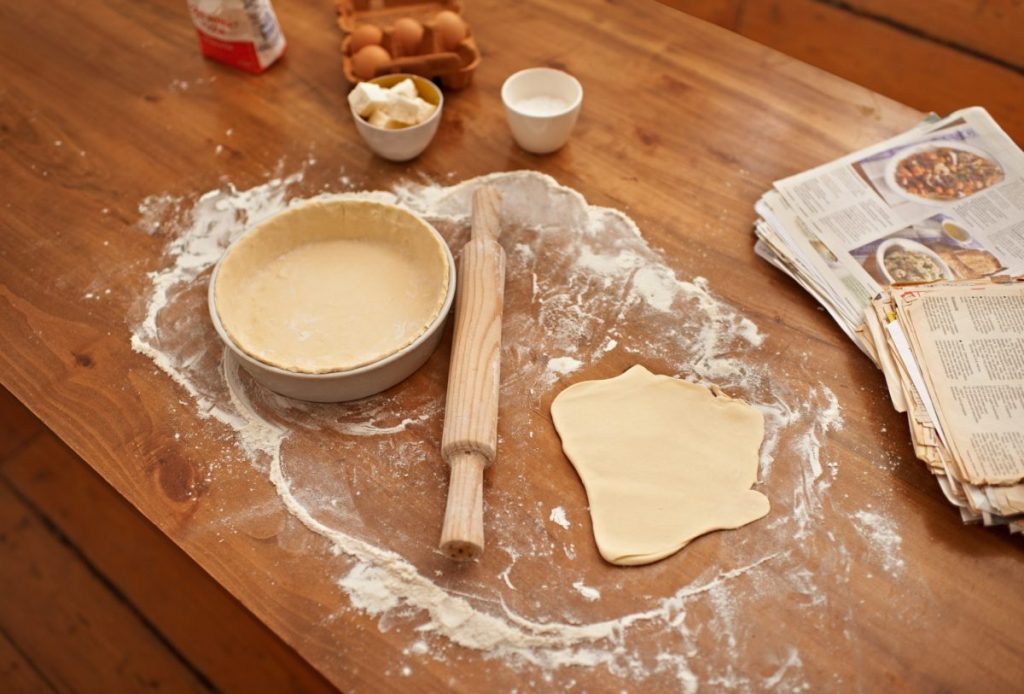 You can use any kind of sweet potatoes that are available at your grocery store in sweet potato pie! Traditionally the pie is made with orange sweet potatoes, which is why it's so easily confused with pumpkin pie, however white sweet potatoes and even a combination of the two works just as well! 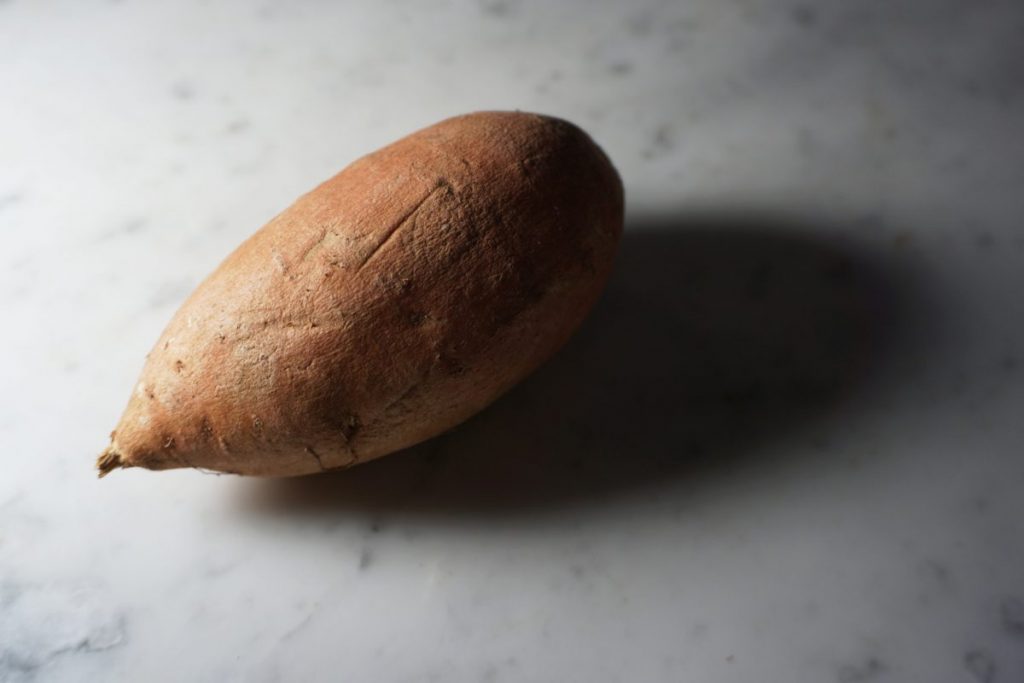 How do I prepare my sweet potatoes for pie?

Begin by cleaning and peeling your sweet potatoes, then cut them into chunks about an inch in size. Try to get all the chunks about the same size so that when you boil them they cook evenly and you don't have to worry about ending up with lumps in your pie. Bring a large pot of lightly salted water to boiling on your stove, then add the sweet potato chunks. Return the water to boiling and boil for 15 minutes or until are easily poked by a fork. Drain them, then mash until very smooth. You may even want to use a blender to eliminate any lumps. Set aside to cool until they are room temperature. 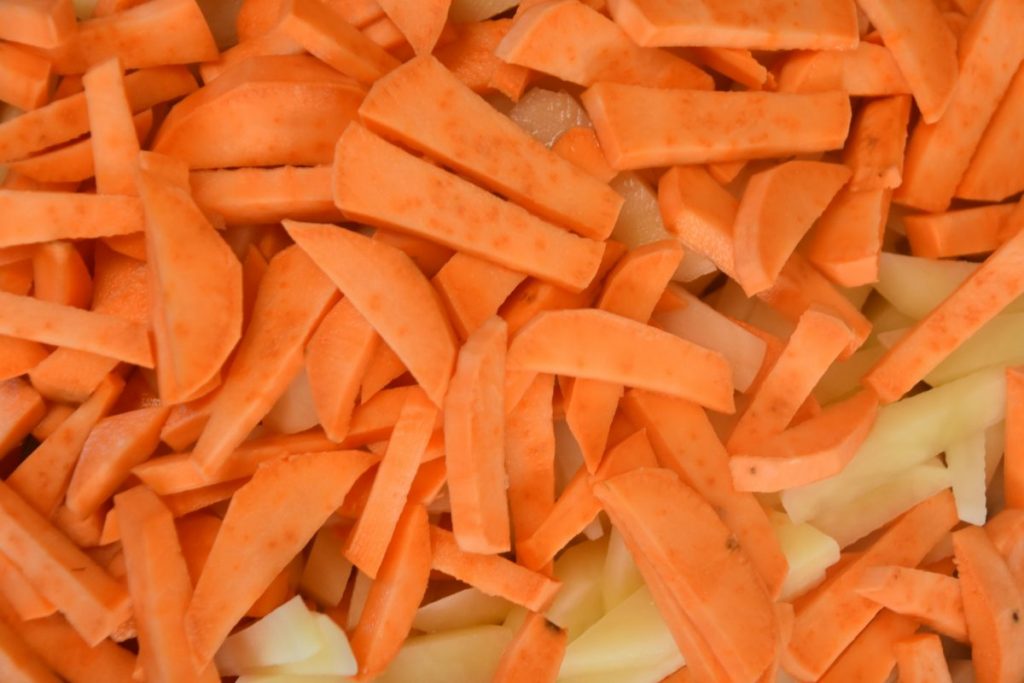 In a food processor, or a large bowl and using a pastry cutter, combine all the ingredients and mix until combined. If you are using a food processor then you will want to pulse until the mixture resembles cornmeal or crumbs, otherwise, use a pastry cutter until the same consistency is reached. Once it is ready, form the dough into a ball with your hands and wrap in plastic wrap. Chill for an hour, then take out and roll until thin and wide enough to fit in a 9-inch pie tin! 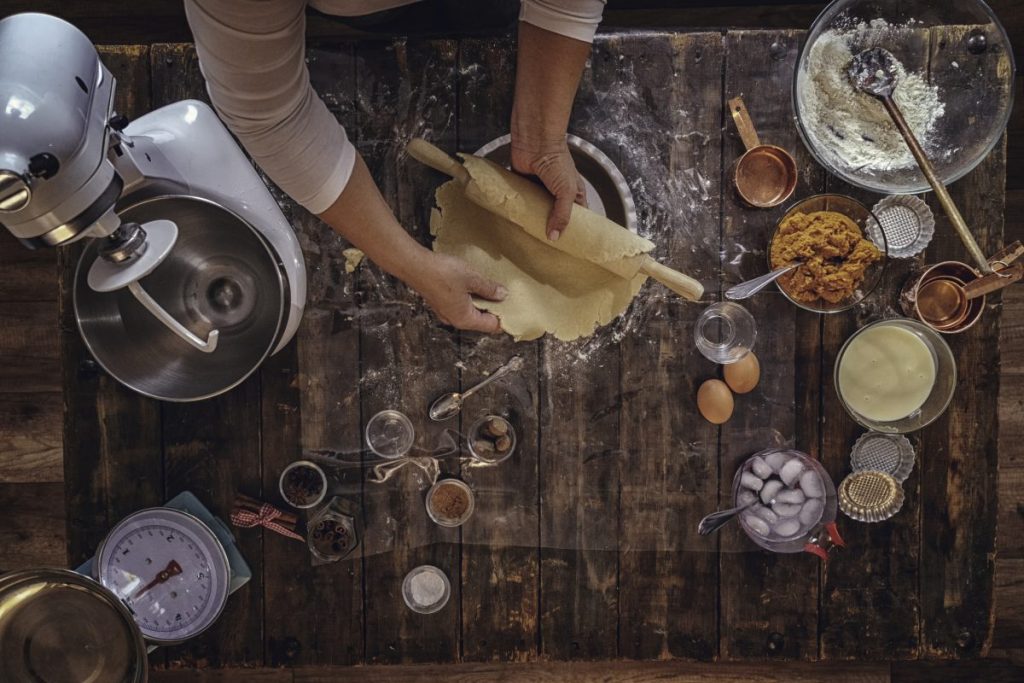 How is sweet potato pie different from pumpkin pie?

The two pies are very similar. They have almost all the same ingredients including using pumpkin pie spice mix to make it easier to measure the spices. However, pumpkin tends to be heavier and has a different flavor and texture than sweet potato pie. Plus, you have to add more sugar to pumpkin pie to get the same level of sweetness that is naturally present in a sweet potato pie! 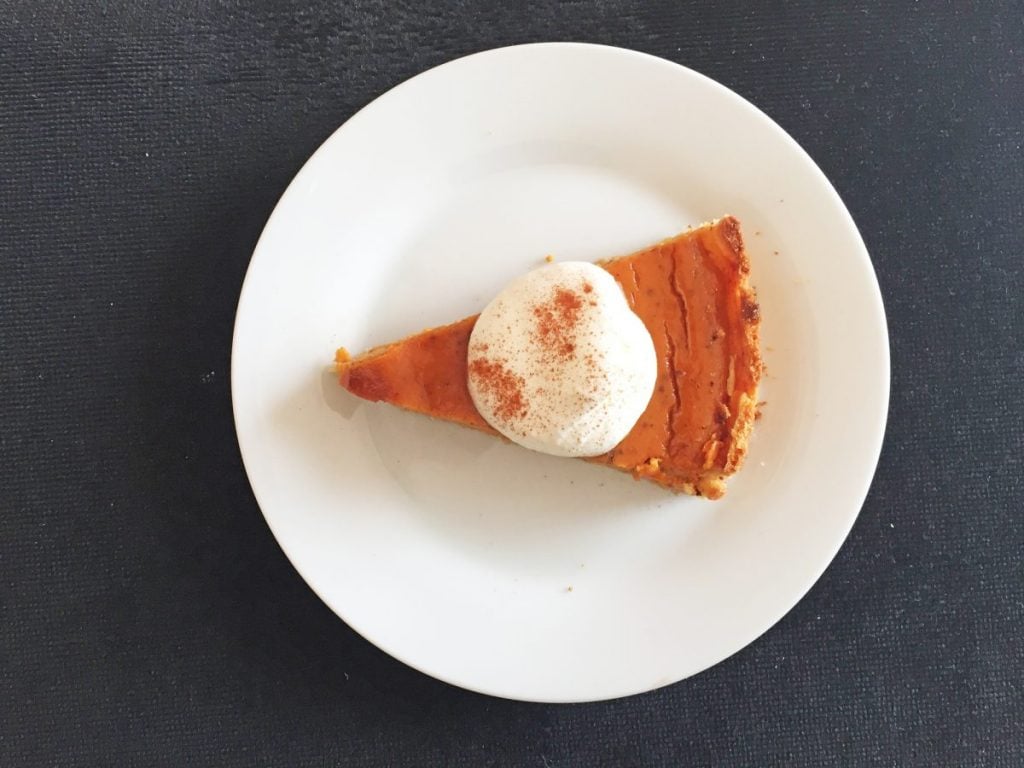 How do I make my sweet potato pie?

In a large bowl, cream together the butter and sugar, then add the eggs and mix together until well combined. Then add the milk and two cups of the mashed sweet potatoes, as well as the vanilla and the spice mixture. Toss in the salt last and continue mixing until combined. Carefully pour the mixture into your pie shell and set on a baking sheet to catch any drips. 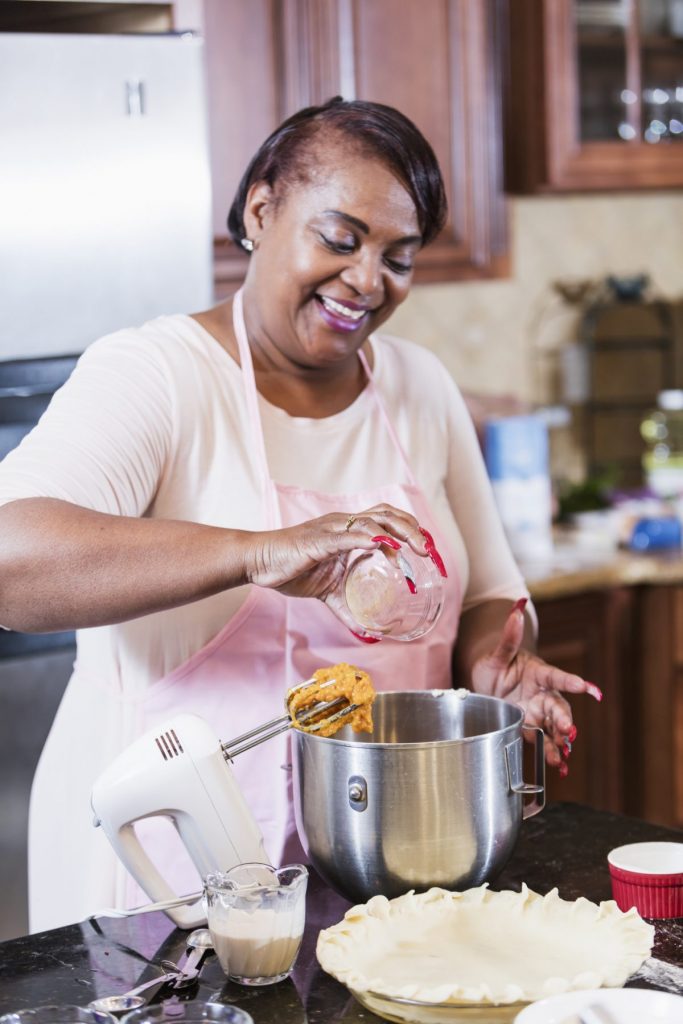 How do I bake my sweet potato pie?

Set your oven to 425 degrees Fahrenheit. You won't want to preheat for this pie, just start the oven up, and then slide the baking sheet with the pie right inside. Bake at this temperature for 15 minutes to set the custard, then reduce the heat to 350 degrees Fahrenheit. Continue cooking for 35-40 minutes more. You'll know the pie is finished when you insert a knife into the center and it comes out clean. Cool before serving. 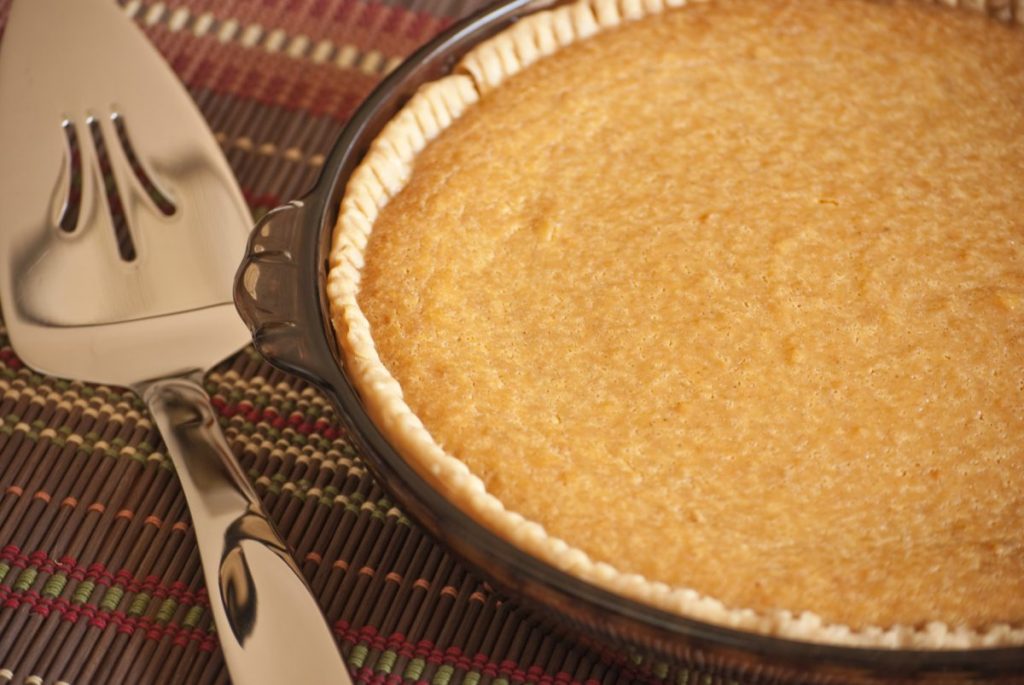 How do I serve my sweet potato pie?

The key to serving the perfect piece of sweet potato pie is allowing it to rest and cool just a little bit. If you serve it right away it will be too loose and may ooze all over the plate. Ideally, you want to give the pie a full twenty-four hours before you cut into it, but if you don't have all that time then try to get at least four hours of cooling before you serve that first slice. 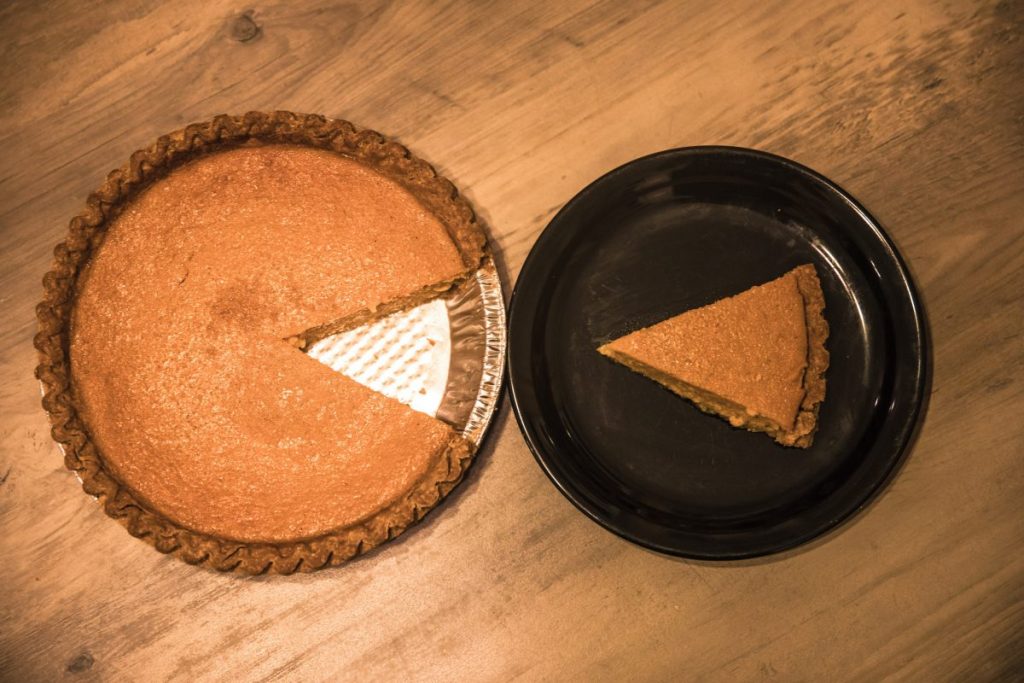 Sweet potato pie is considered an African dish, interestingly based off the pumpkin pies shown to the people of West Africa by Europeans. Sweet potatoes and yams were more common in Africa and when those same plants were available in the American South, the sweet potato pie was made here as well! The first recipe is believed to have been recorded in the South in the 18th century! 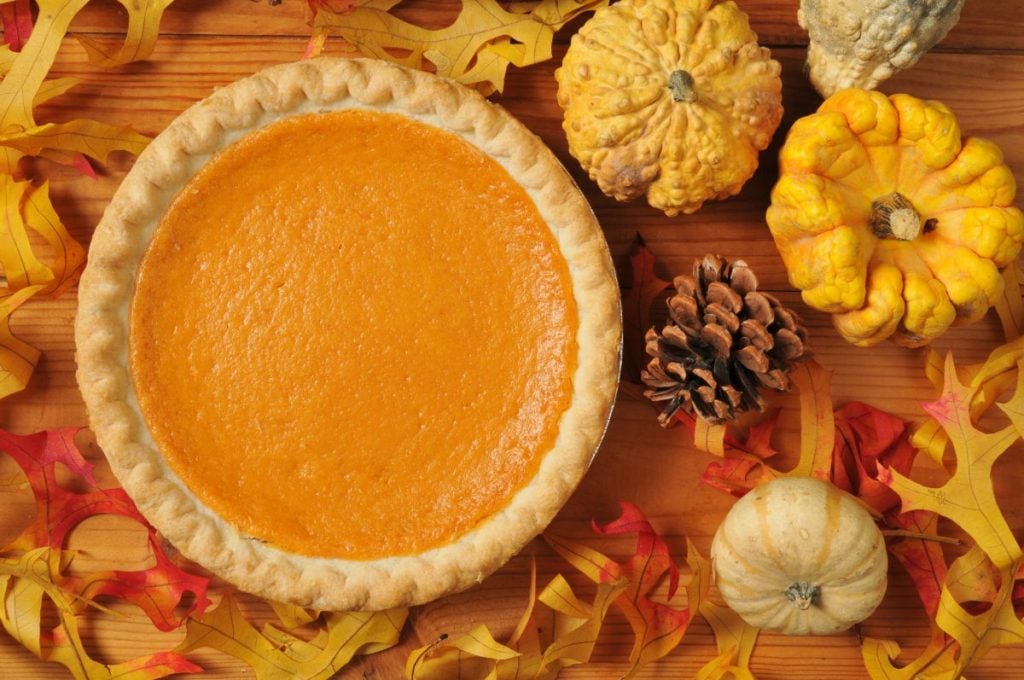