How to Make Rice Pudding

What's better during the cold months than some nice, warm rice pudding? Furthermore, what's better during the hot months than some nice, cool rice pudding? The answer to both is "nothing!" The basis of rice pudding is simply rice mixed with water and milk. After that, other ingredients such as fruit, nuts, or cinnamon can be thrown in to taste. Because it is most commonly found in cans, you might not know how to begin making it from scratch. The good news is: it's super easy, and we're about to show you how.

What do I Need to Make Rice Pudding?

As well as the basic ingredients of rice, sugar, milk, and butter, you'll need a large, ovenproof dish. Buttering the dish is a necessity to prevent the pudding from baking onto its sides. You don't want to find out just how sticky hot rice can be. Having more butter on your dish will make for a much better dessert and will help to avoid messes. 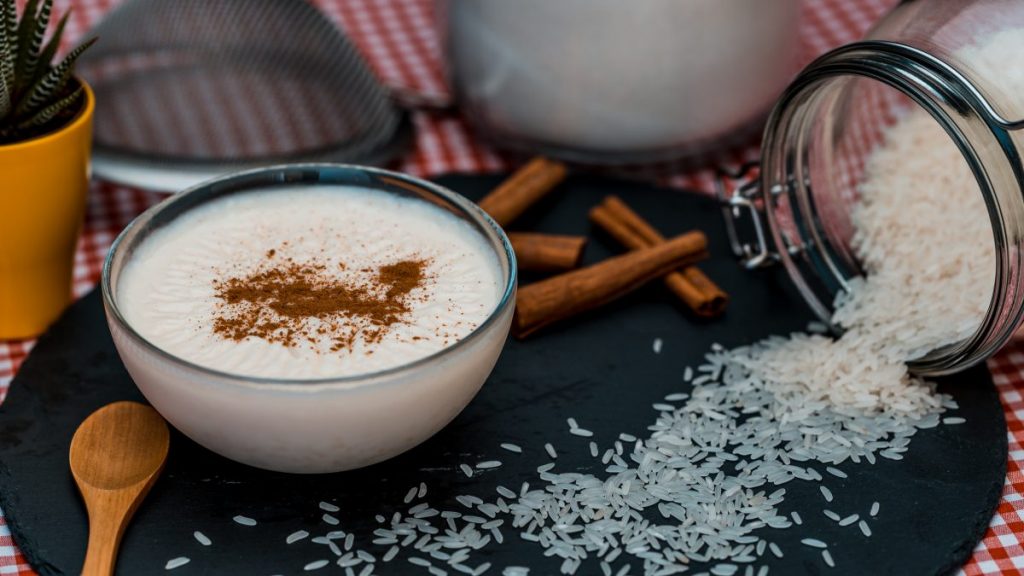 Can I Make Rice Pudding in a Fan Oven? 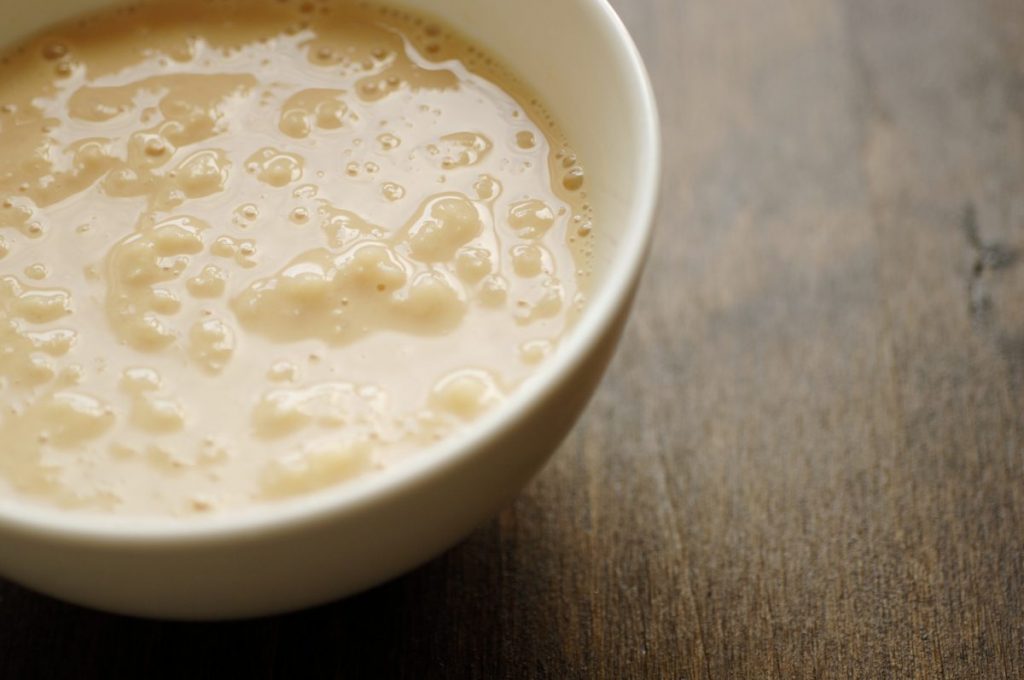 How to Make Rice Pudding

Once you have your ingredients, dish, and oven ready-to-go, you’re on your way to a delicious rice pudding. Butter the dish generously, including up the sides and in the corners. Do this while preheating the oven to 300°F / 150°C (fan), 260°F / 130°C (gas), so it’s nice and hot for when you have the mix in the baking dish. 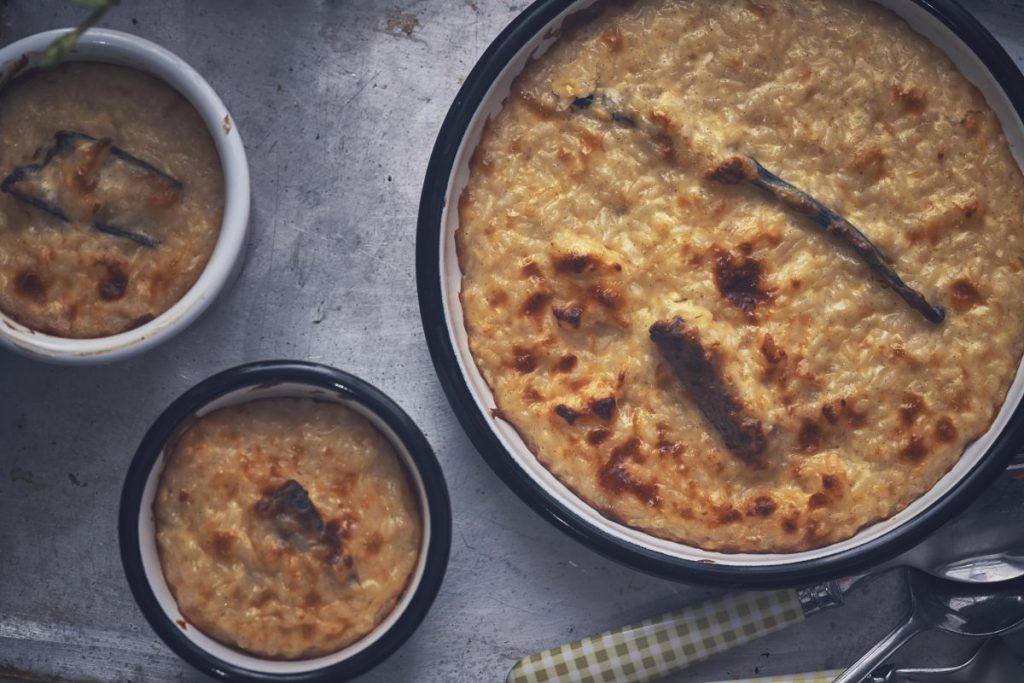 Bring Milk to Simmer in a Saucepan

Simmering milk means bringing it to a level that's just below boiling. Although the milk's boiling point is slightly difficult to master, you can easily tell when the milk is ready by keeping an eye on it. Boiling it for too long can make it curdle, so you have to be really attentive. Therefore, it's worth simmering the milk before you've prepared the rest of your ingredietns. Just make sure you take the pan off of the stove before it curdles. 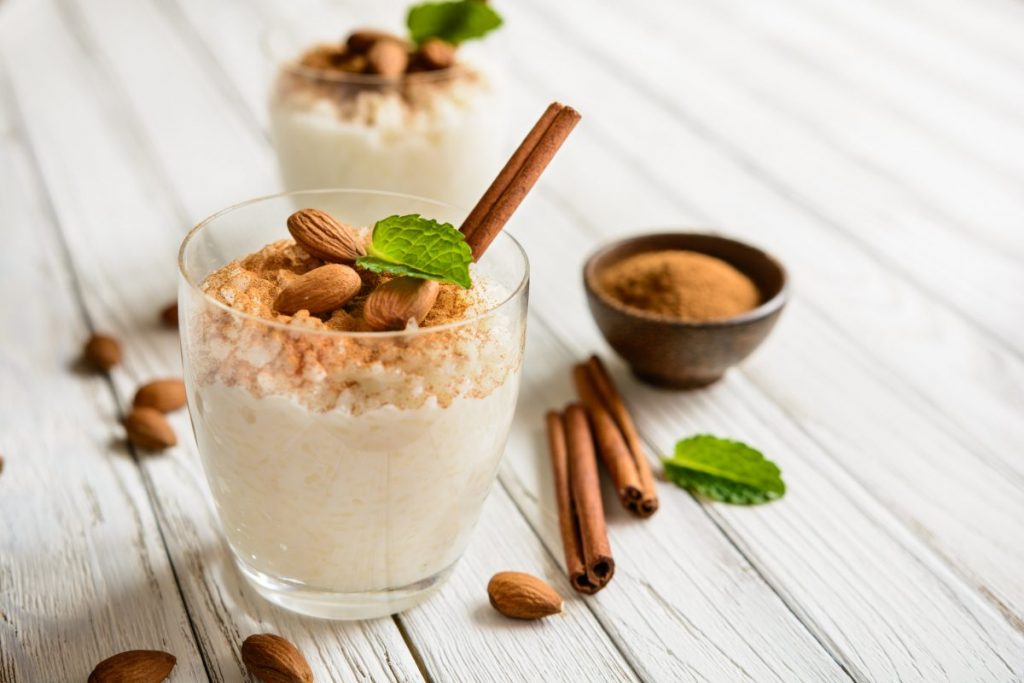 Sprinkle Rice and Sugar into the Baking Dish

When you do this, ensure you coat the entire dish, leaving no bare spots for the best rice pudding. Once you’ve coated the bottom of the dish, you can then pour the warm, evaporated milk on top of it. The milk is what will give the rice pudding its comforting, creamy texture. When you have the milk on, stir it thoroughly. Also, if you’re planning to add anything else to the recipe (lemon slices, cinnamon, nutmeg), now is the time. 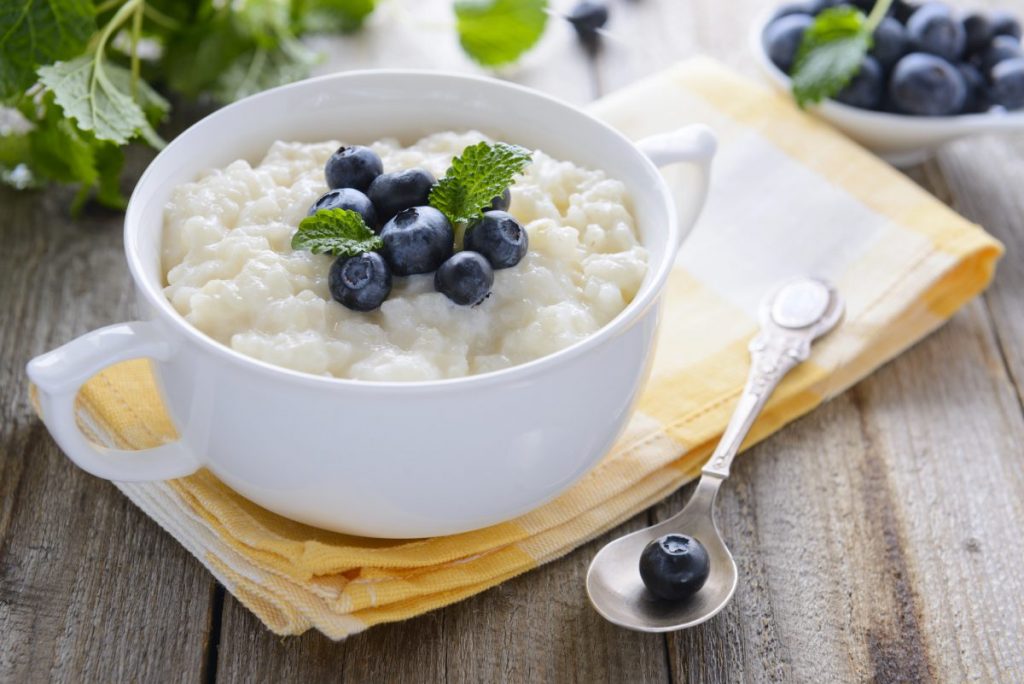 Add Any Extras to the Recipe

Although rice pudding tastes delicious on its own, like porridge, it can be changed up in any way you like so that each dish tastes different. One of the most common ways of doing this is sprinkling nutmeg or cinnamon into the mix. The good news is, you can never have too much nutmeg on a rice pudding - so, go wild! 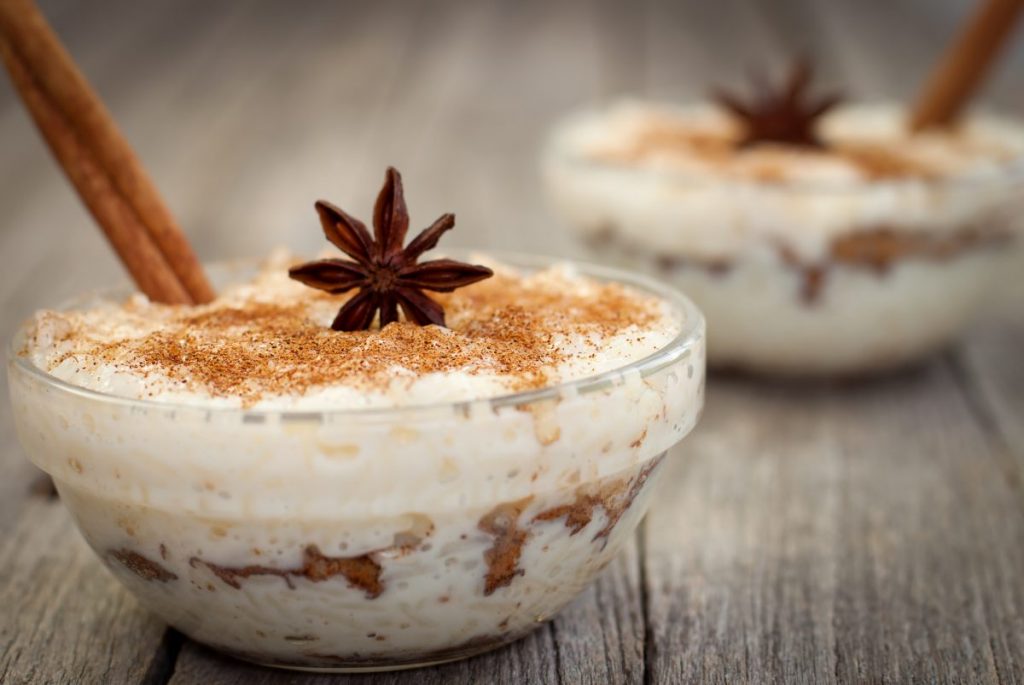 Cut a baking sheet that’s around the same size as the dish you’re using and place the dish on top of it. By this point, your oven should be the ideal temperature to bake the dish to perfection. Place the dish and baking sheet in the center of the oven. Also, be sure to avoid burning yourself in the process by wearing oven gloves. Rice pudding is less delicious when you're eating it with burned fingertips! Then, bake the pudding for roughly 2 to 2.5 hours. 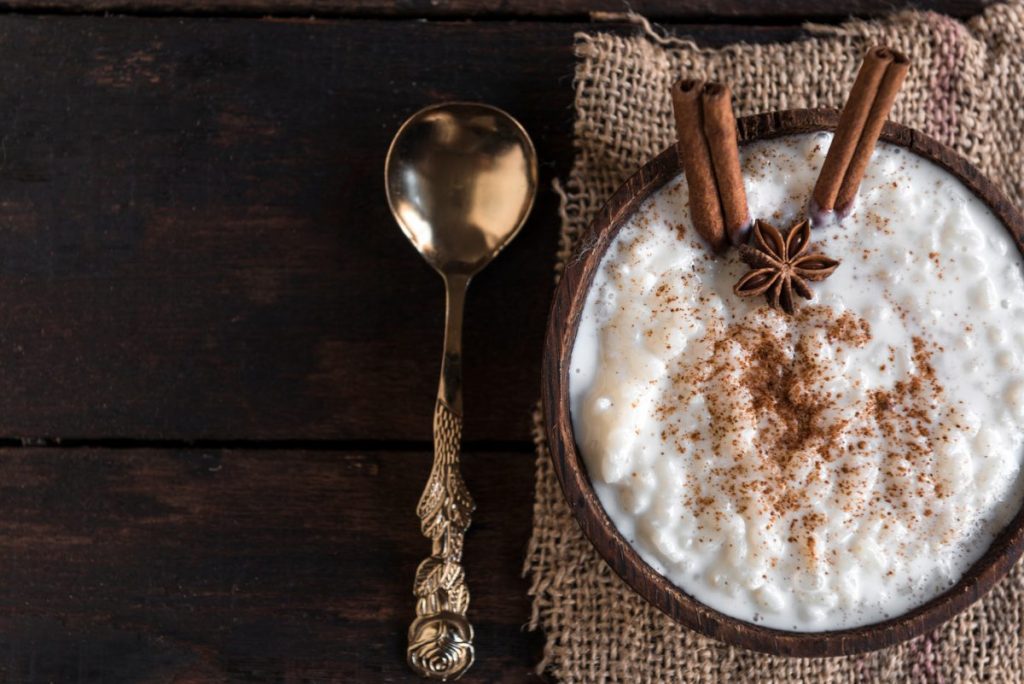 How Will I Know if it’s Ready?

The best way to check if your rice pudding is done is by sight. A fully baked rice pudding should be thick and creamy with an equally thick nutmeg skin if applicable. However, the skin is what separates store-bought, canned rice pudding from delicious homemade pudding. So, as we said, you really can't have too much nutmeg. 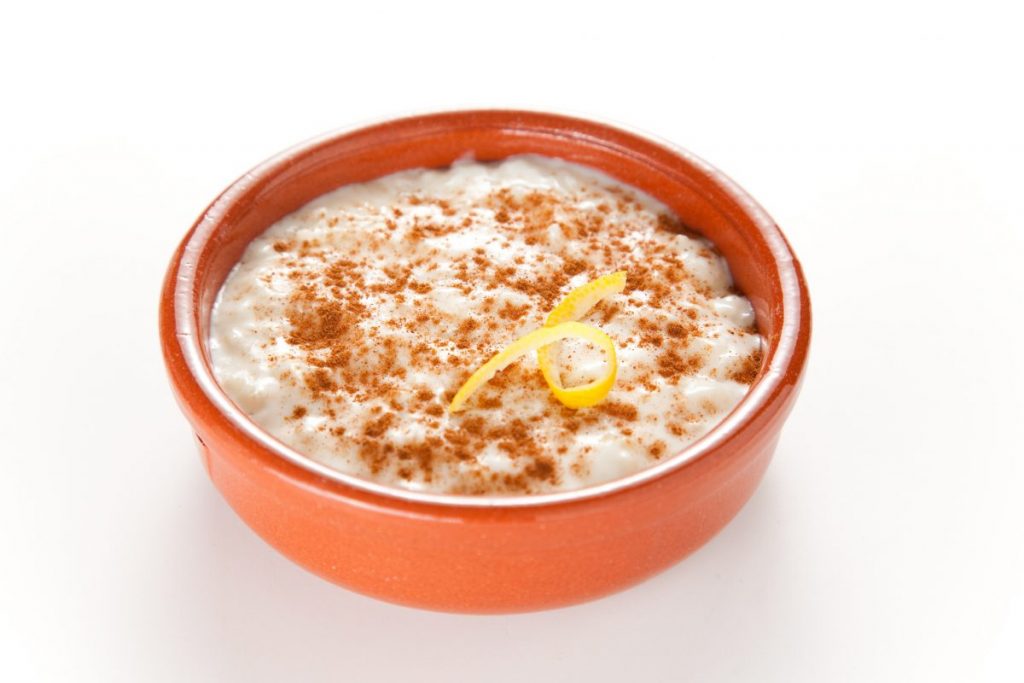 How to Serve it

There is literally no limit to the ways in which you can serve rice pudding. You can eat it hot or cold, with stewed fruit, syrup, or spices. Jelly of any kind will also taste great with it, hot or cold. If you prefer the sweet taste of vanilla, why not throw in some vanilla pods in place of the cinnamon? 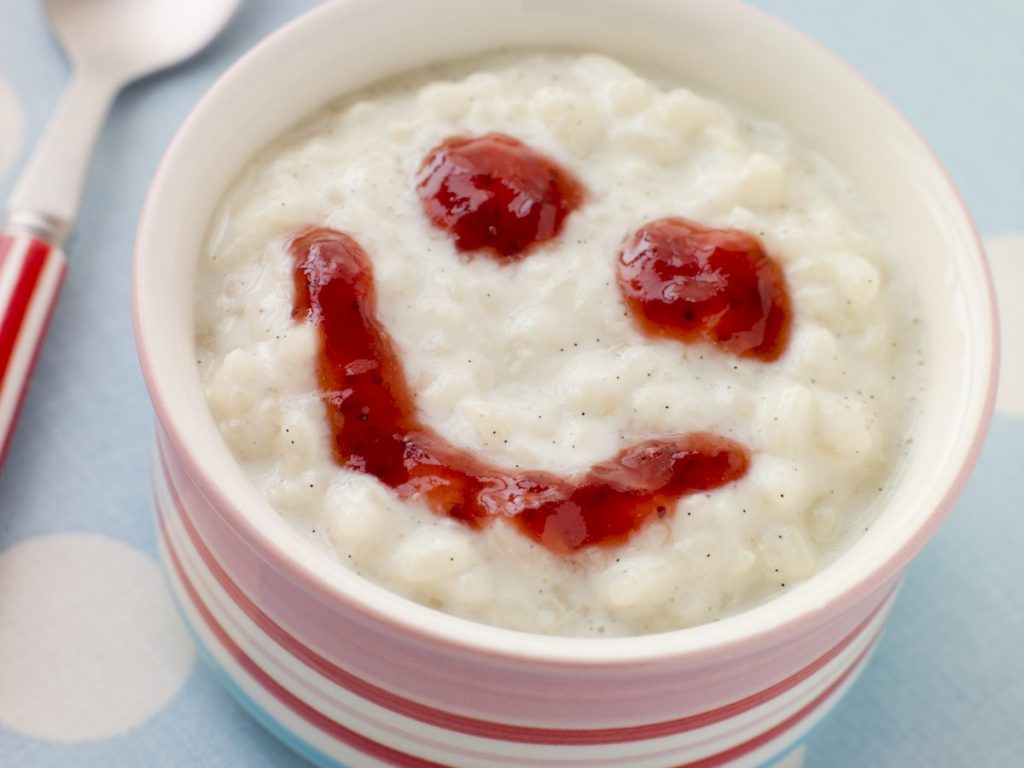 Although rice pudding is best with creamy, full-fat milk, it can easily be made to be less calorific and lower fat. Instead of using full milk and cream, try swapping it for semi-skimmed. It won't be quite as sweet or comforting as the full fat, but it's the closest you'll get to the taste of the real thing while stripping it of some of its denser calories. There are also plenty of other recipes out there using milk substitutes such as almond milk. This way, even vegans can have some rice pudding! 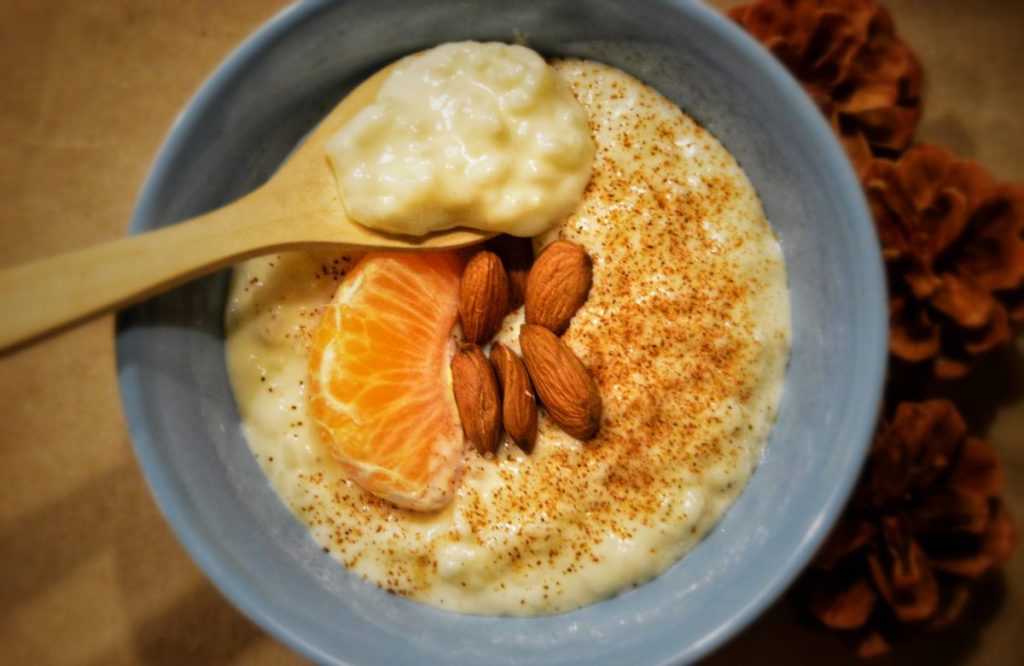