The person who created peanut butter cookies was George Washington Carver. George Washington Carver was in the process of promoting peanuts as a replacement crop for cotton in the south which was being destroyed by boll weevils. As part of his work, he began coming up with all sorts of different uses for peanuts. While he didn't create peanut butter, that honor is believed to belong to the Aztecs, he did create the first 3 recipes for peanut butter cookies using pieces and chunks of peanuts. The first recipe to list peanut butter as a recipe wasn't published until a few years later in 1920! 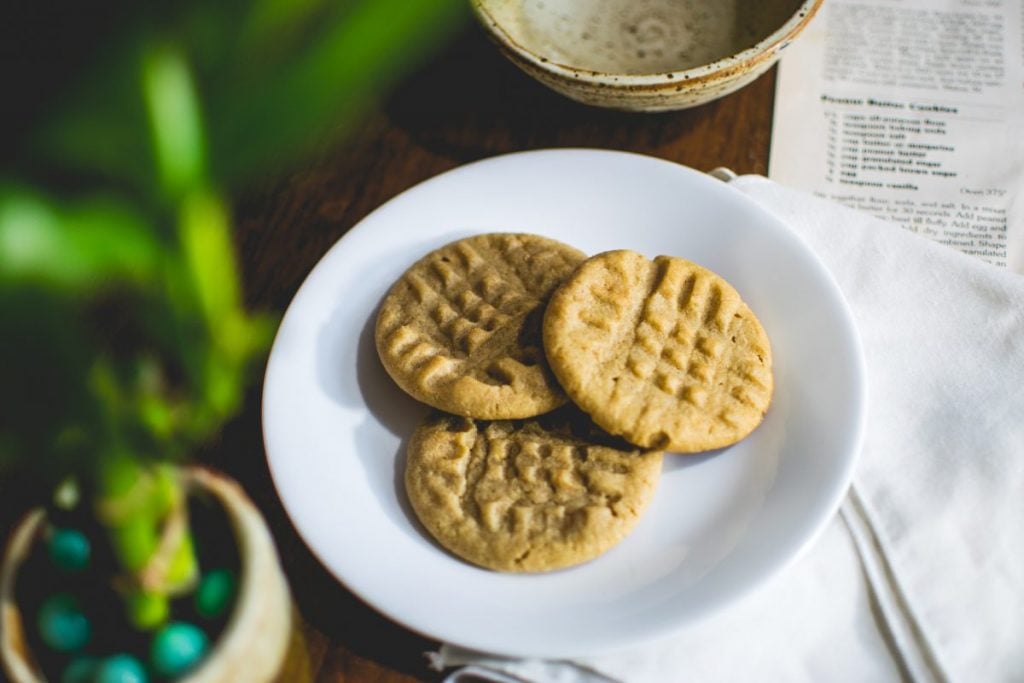